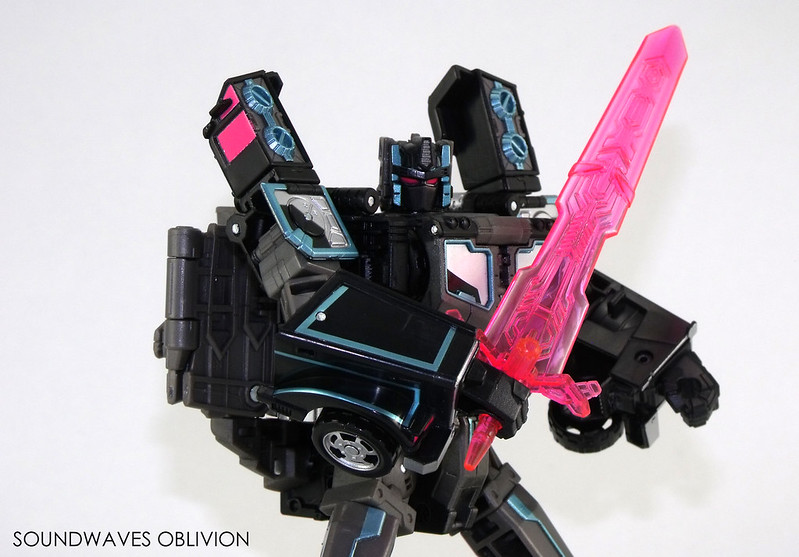 Profile (Translated from the instruction sheet)
LGEX Black Convoy
Dark Commander
Profile
With his complete belief that he will make flowers of evil bloom, Black Convoy walks the path of evil. Not many Destron soldiers would be foolish enough to follow such a serious evil individual. Black Convoys ambition to resurrect the elite Destronger army may yet be far from being realised.
STR:10; INT: 10; SPD: 10; END: 8; RNK: 10; CRG: 10; FBL: 10; SKL: 10 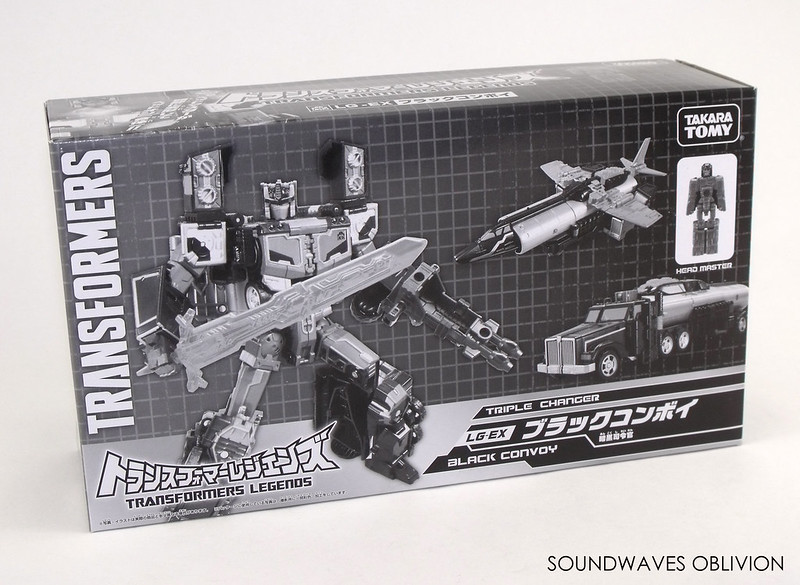 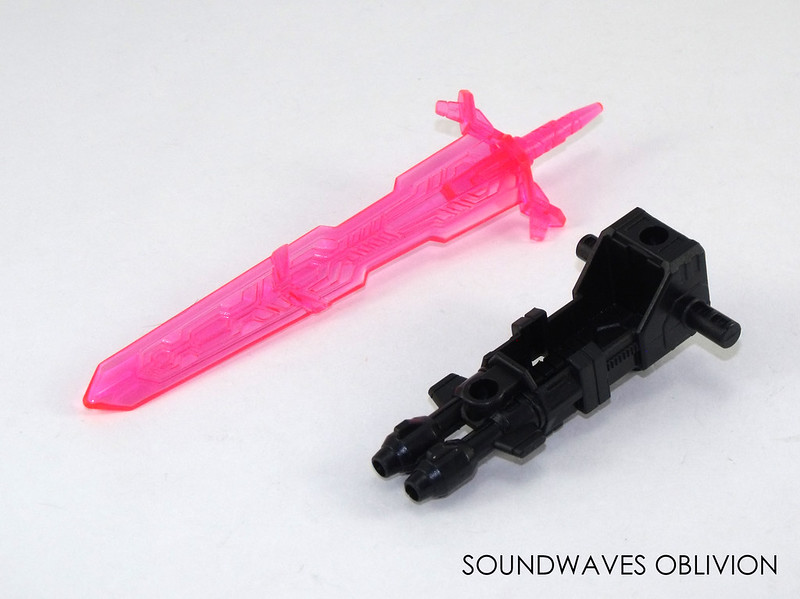 The 2016 Titans Return Diac & Optimus Prime was eventually released domestically in Japan as a 2017 Tokyo Toy Show exclusive (later available from Takara Tomy Mall), however it was repainted as Black Convoy from the 2000 Car Robots toy line. Takara had previously released a Black Convoy repaint for the 2015 Tokyo Toy Show which was a black repaint of the 2011 Reveal the Shield Optimus Prime. 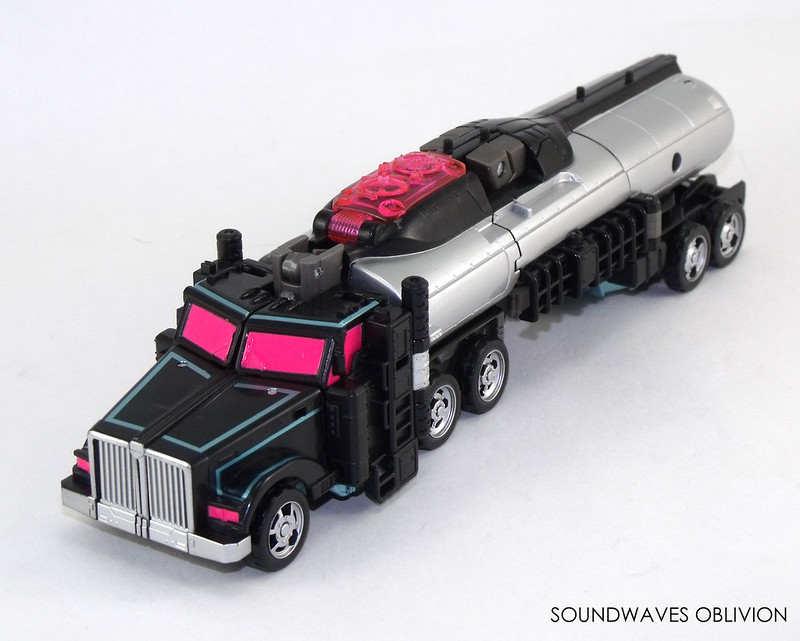 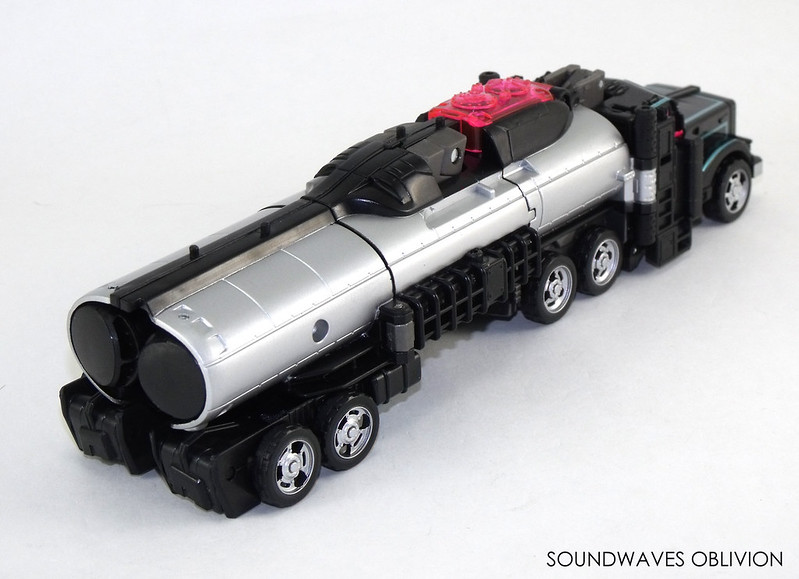 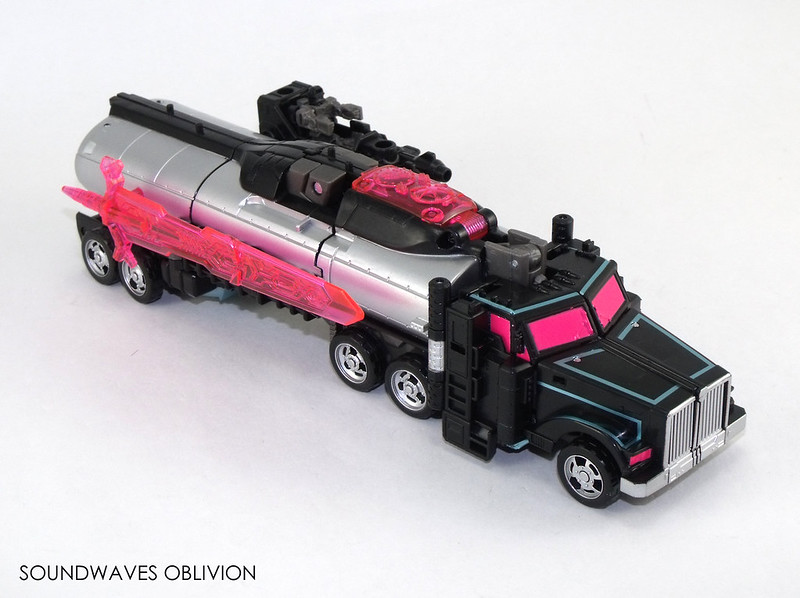 Black Convoy comes in a monochrome box and is packaged in vehicle mode in a plastic bag and held in place with plain cardboard inserts. He comes with the "Black Sword" (albeit that it is translucent pink) and rifle similar to the Car Robots version. As this is a triple changer, he transforms from the familiar tanker truck to an unconvincing jet mode. 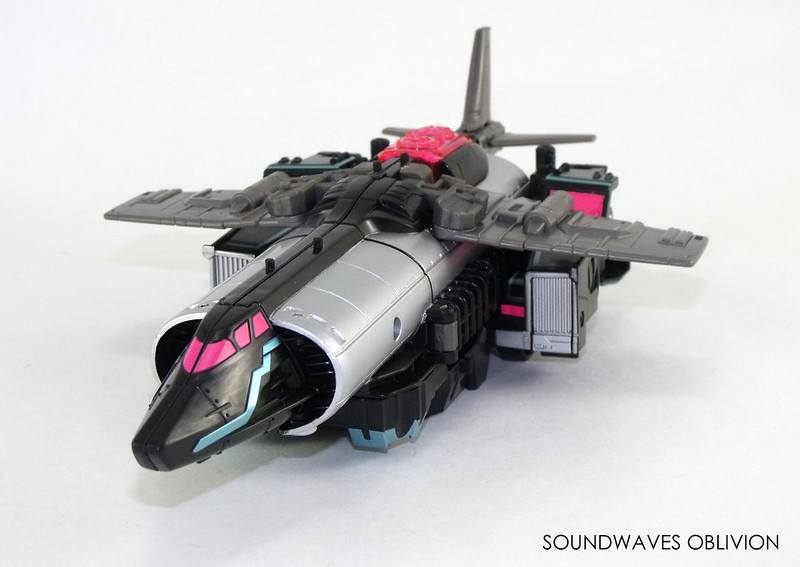 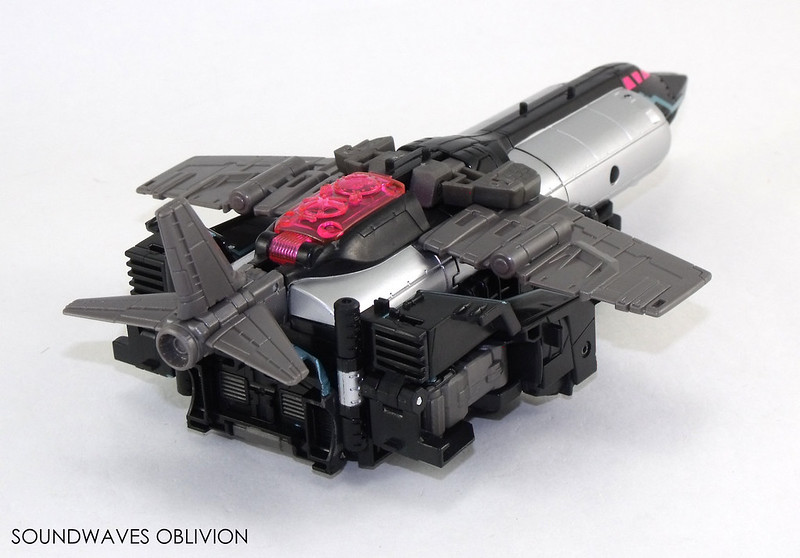 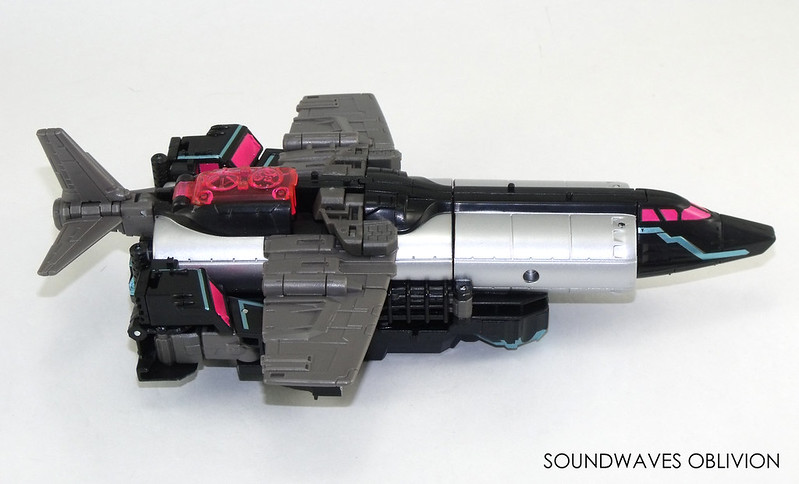 Overall this is the best version of this particular mould (Optimus Prime) to be released so far and does not have any of poorly applied stickers on the tanker trailer. 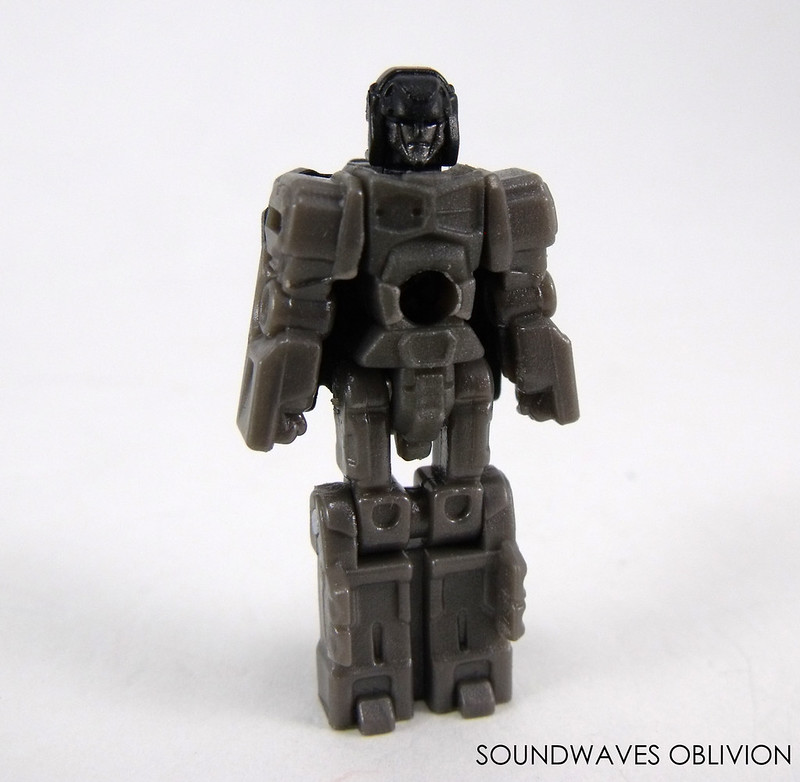 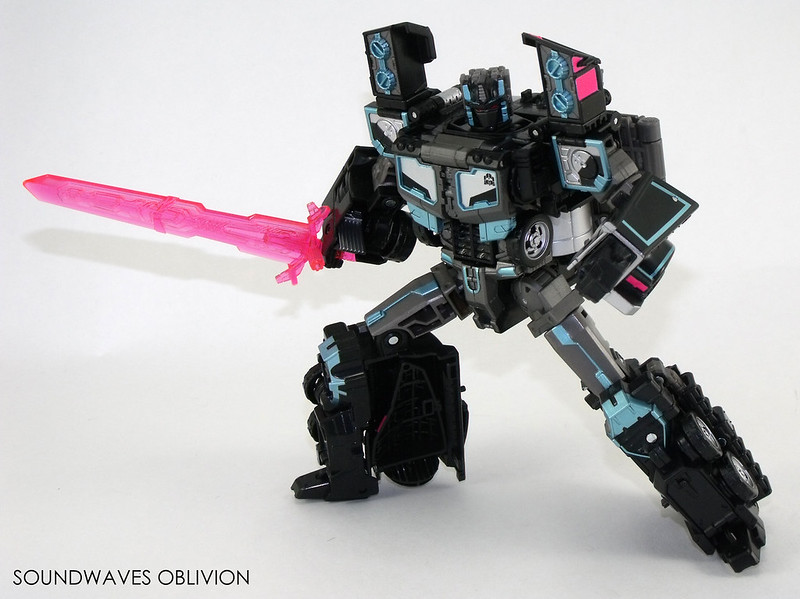 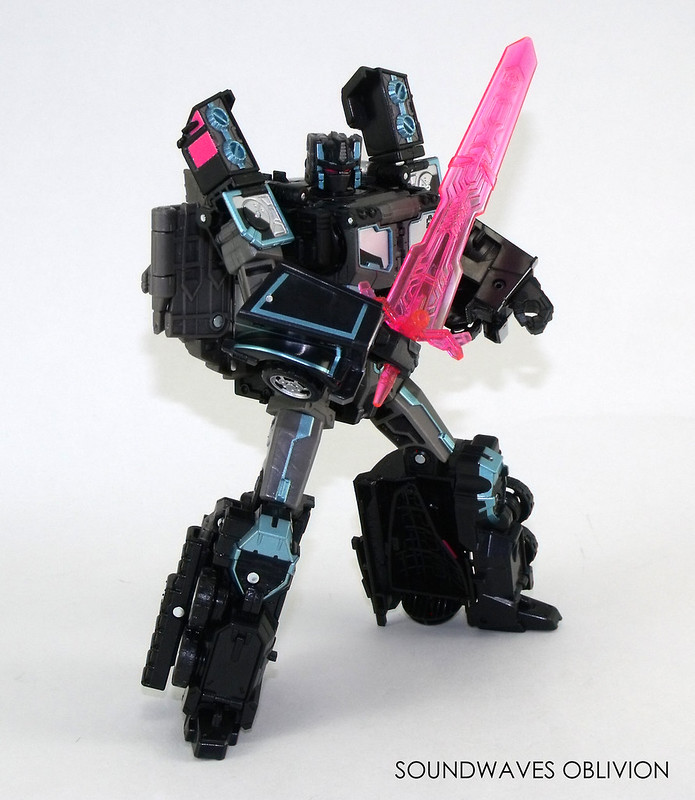 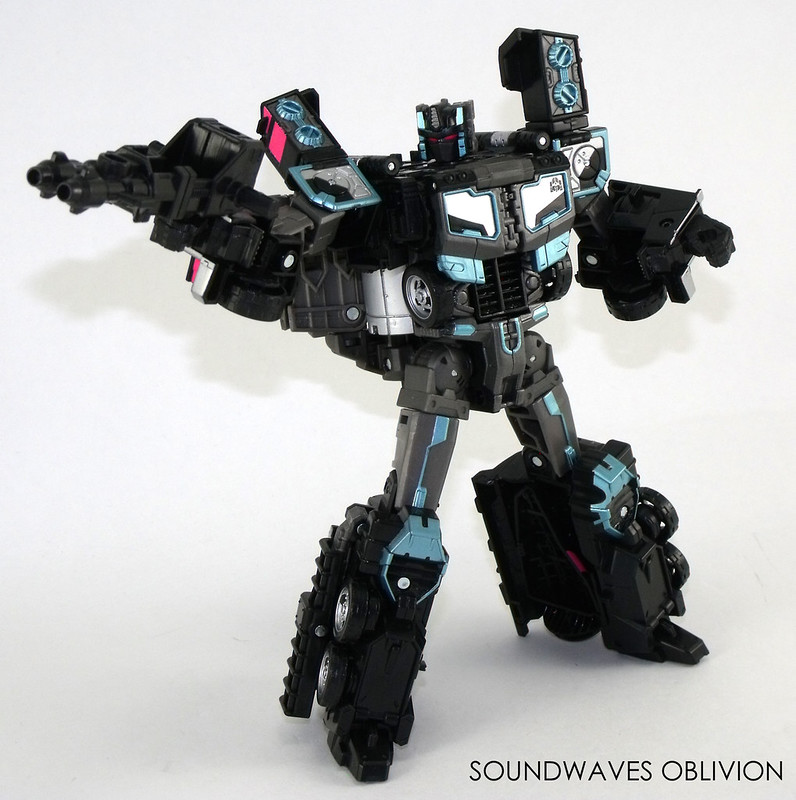 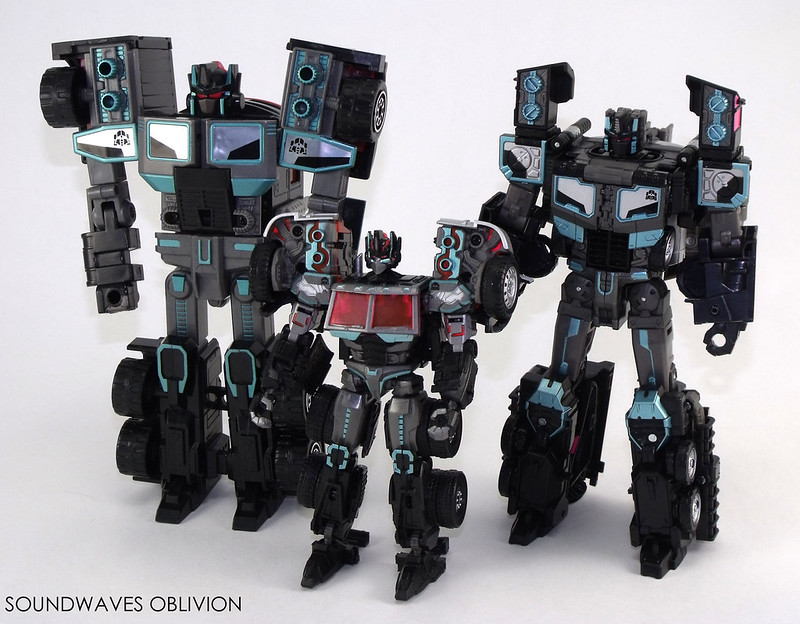 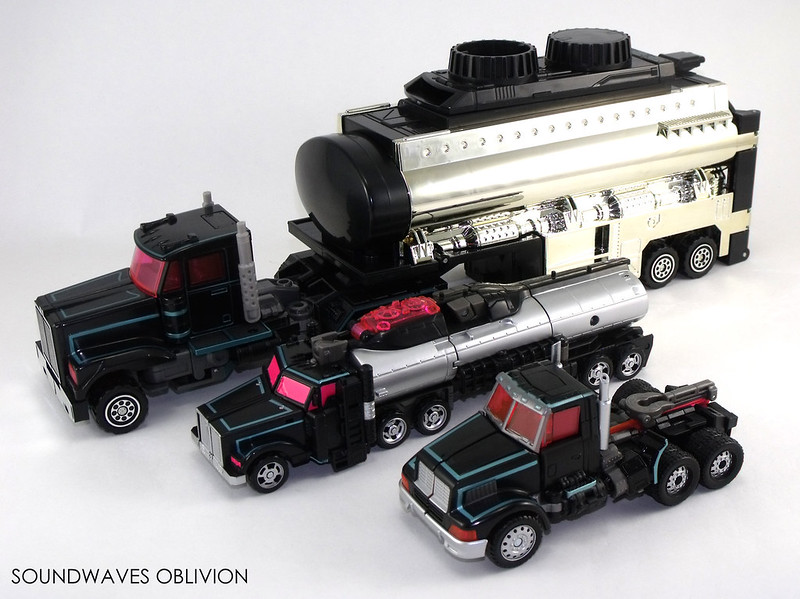 View the full gallery here on Flickr.
Posted by Jeremy Barlow at 08:56