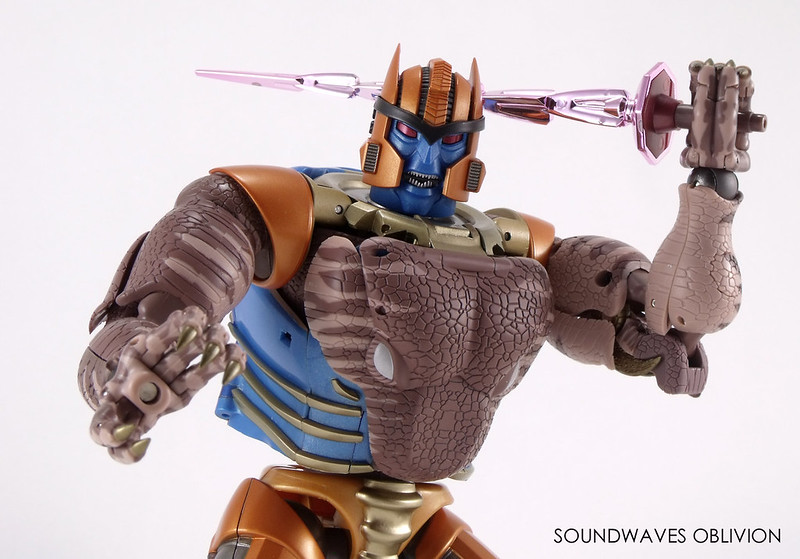 Profile (Translated from the Trading Card)
MP-41 Cybertron Frontline Combat Dinobot (Beast Wars)
Function: Specialised Combatant
Height: 2.9m (In Robot Mode)
Weight: 1.7t (In Robot Mode)
Profile:
A Cybertron Frontline Combat specialist who transforms into a raptor (Velociraptor). Originally a Destron but walked away from them after he lost a confrontation with Megatron. After challenging Convoy to fight for leadership, his abilities were recognised and he became a friend. He lives by survival of the fittest, yet deep in his spark he is a proud warrior. Before anyone else he realises Megatron’s true intentions and heads into battle to protect the future of humanity.
STR:8; INT:5; SPD:9; END:5; RNK:6; CRG:9; FBL:6; SKL:6 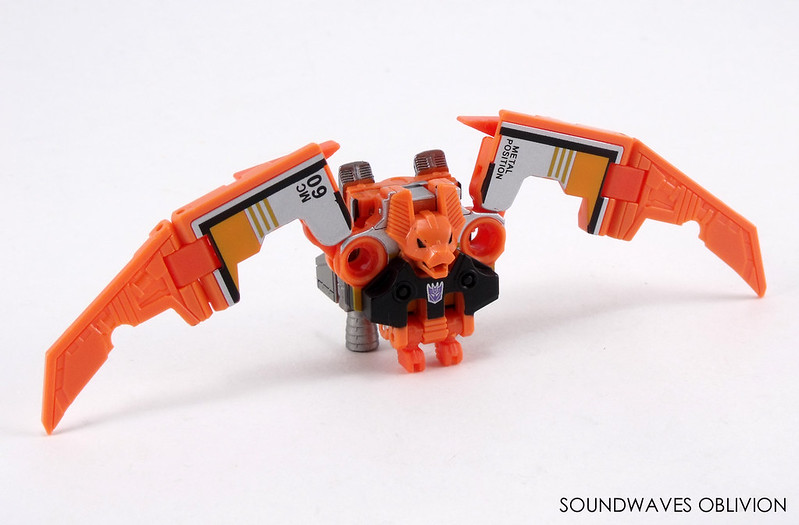 Read more »
Posted by Jeremy Barlow at 07:55 No comments: