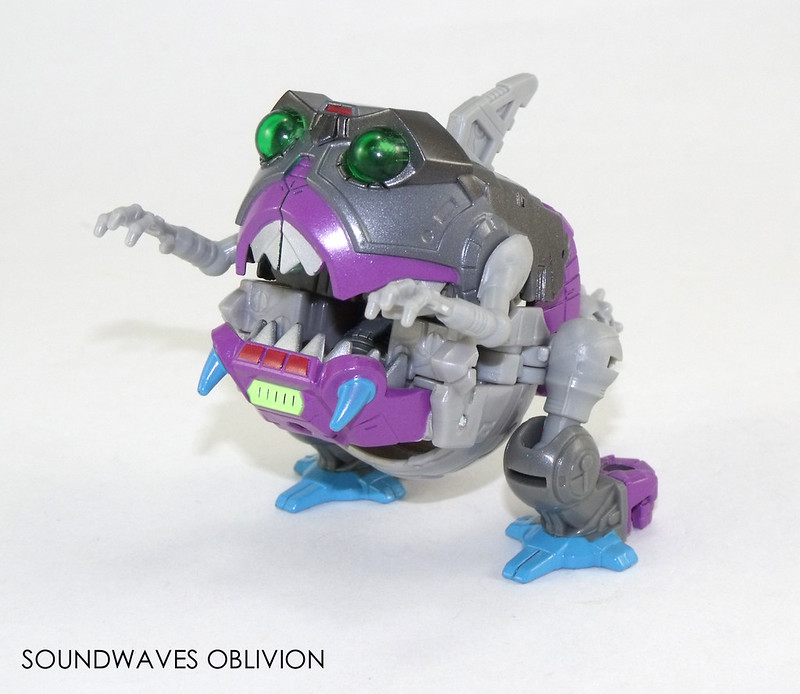 Profile (Translated from the instruction sheet)
LG44 Sharktron & Sweeps
Executioner
Profile
Although Sharktrons are not very intelligent, their urge to destroy is no less than other Destrons. Their ferocity, especially in swarms make Cybertrons tremble. Once sighted in certain areas, after the great war they have been seen all over the universe. Cybertron’s have been researching to see if Unicron is responsible for their ecology. Sharktrons appear to get along well with the Sweeps.
STR...6.5; INT...3; SPD...4; END...7.5; RNK...2; CRG...8; FBL...4.5; SKL...4.5 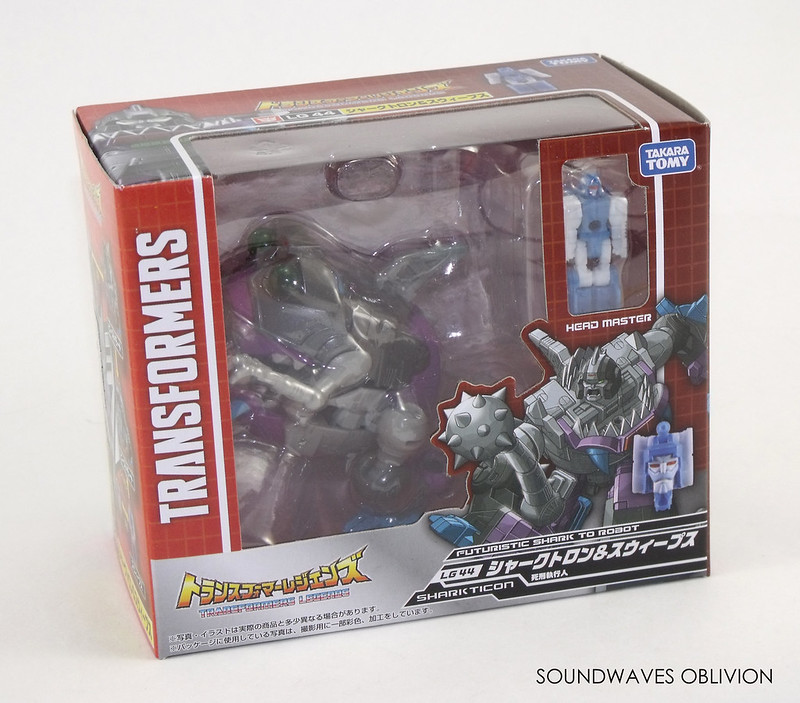 LG44 Sharktron is a cartoon accurate redeco of Hasbros Titans Return Gnaw whose colour scheme was based upon the original 1986 figure. Their first appearance was in the 1986 Transformers the Movie where they served as executioners for the Quintessons. 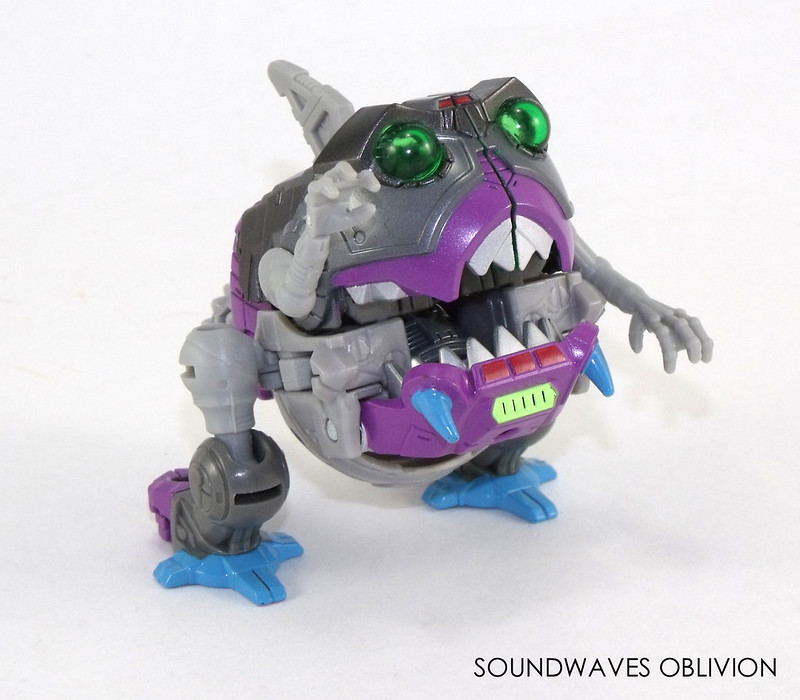 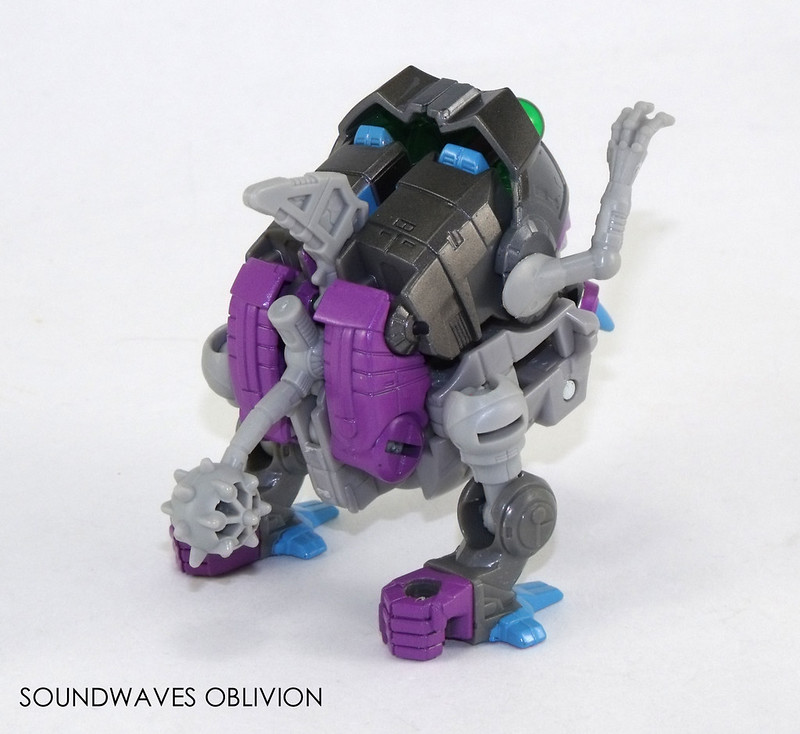 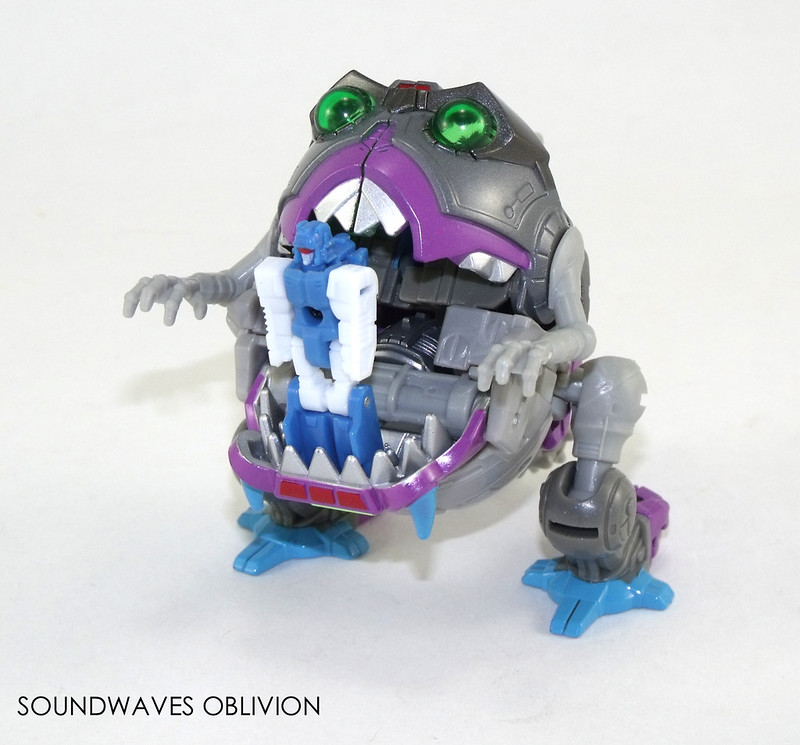 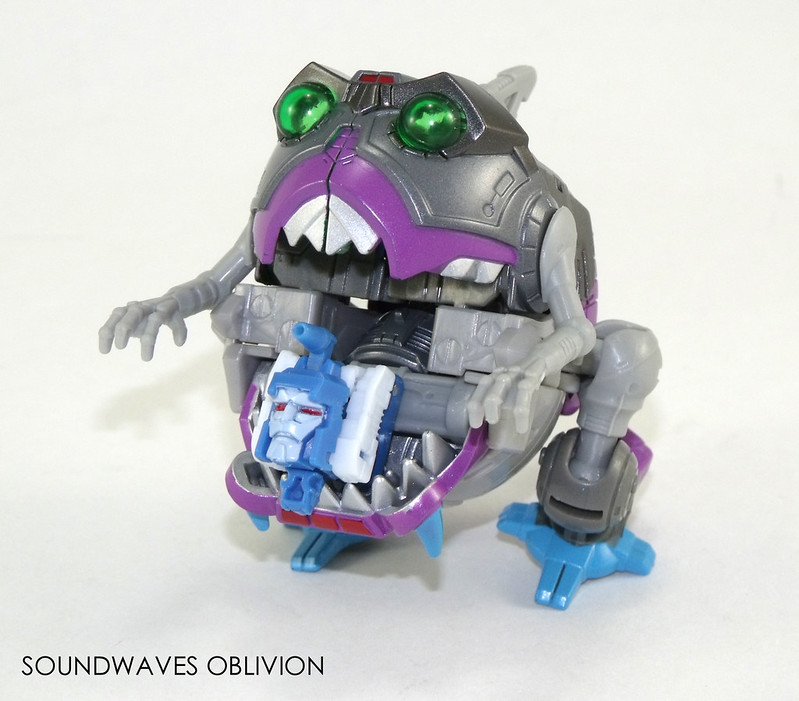 Sharktron comes with a Sweeps headmaster which is identical to Scourges Headmaster / Titan Master Fracas, however the face has a remoulded moustache. The Sweep can fit in Sharktrons mouth as with any of the Headmaster figures. If you own the Scourge mould, this can be used as the head to create a full bodied version although this has been painted to march up with Takara Tomys version of Scourge. 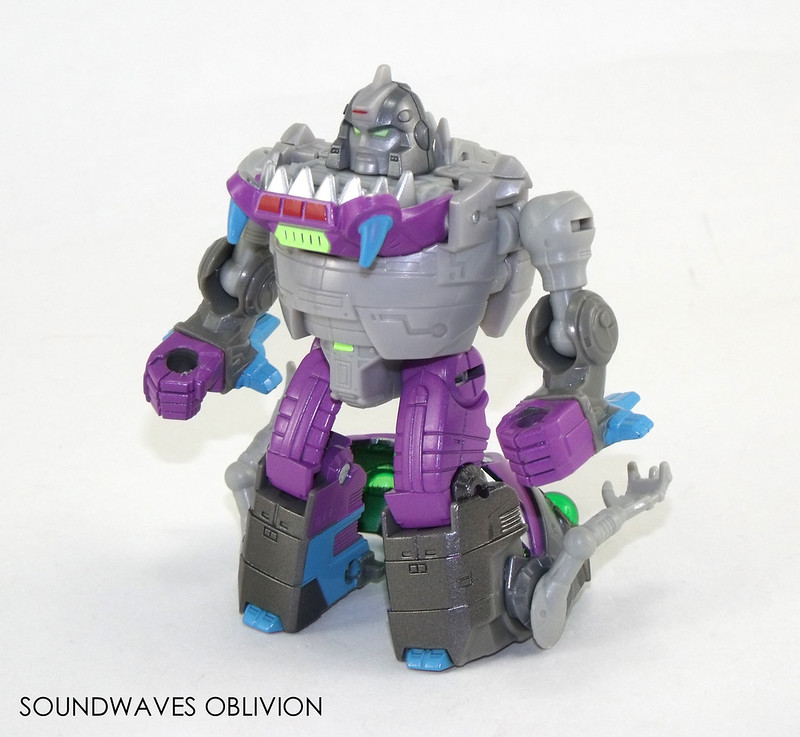 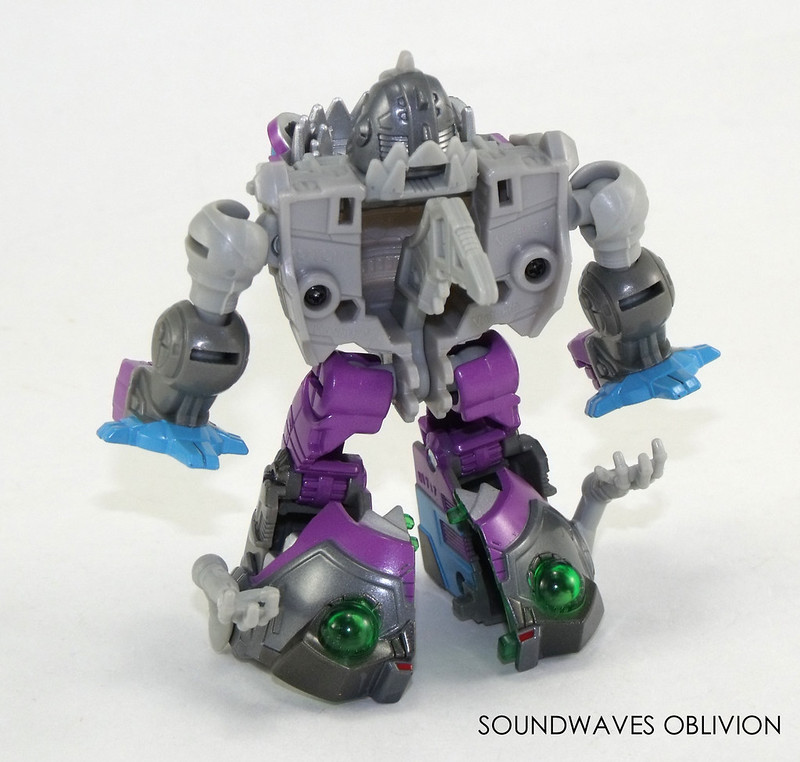 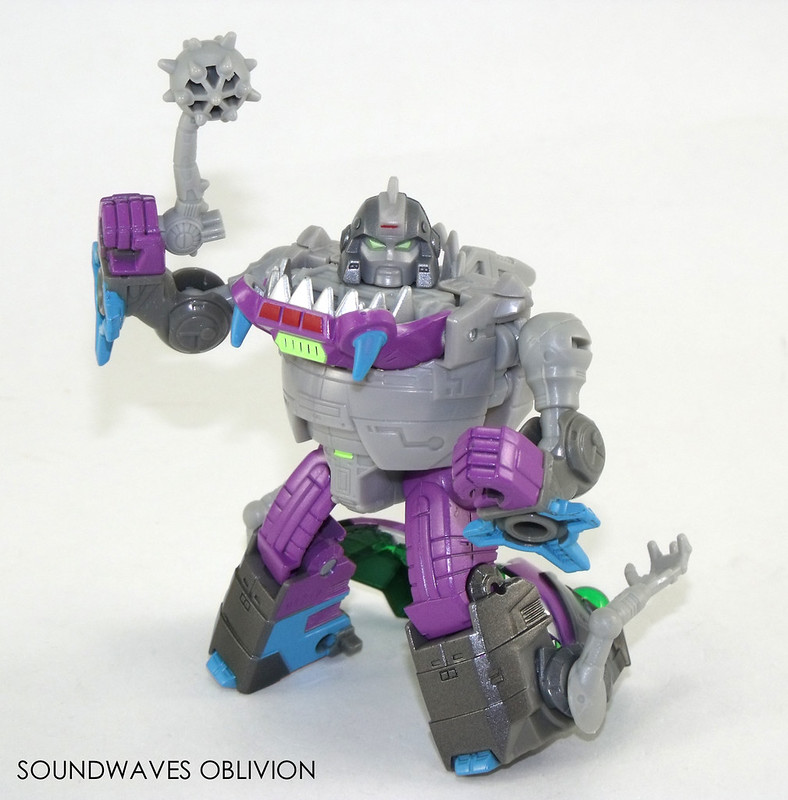 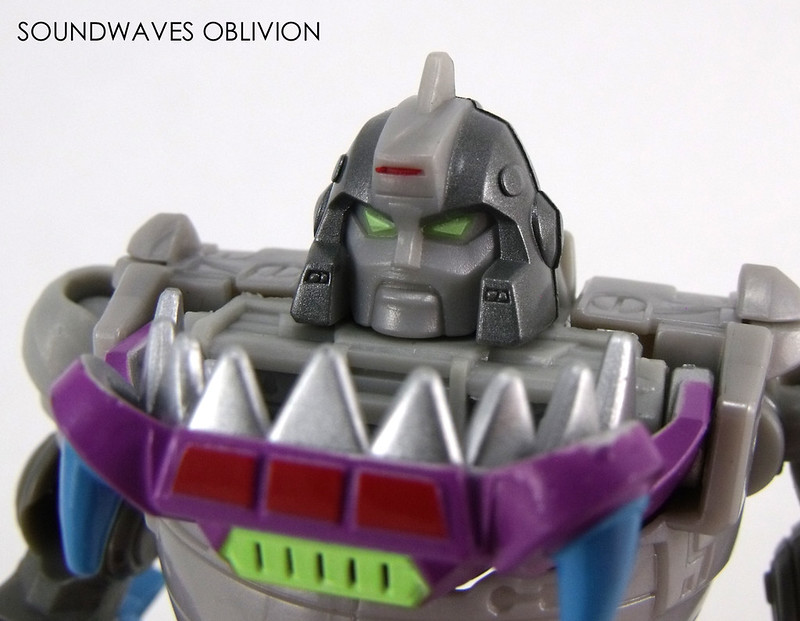 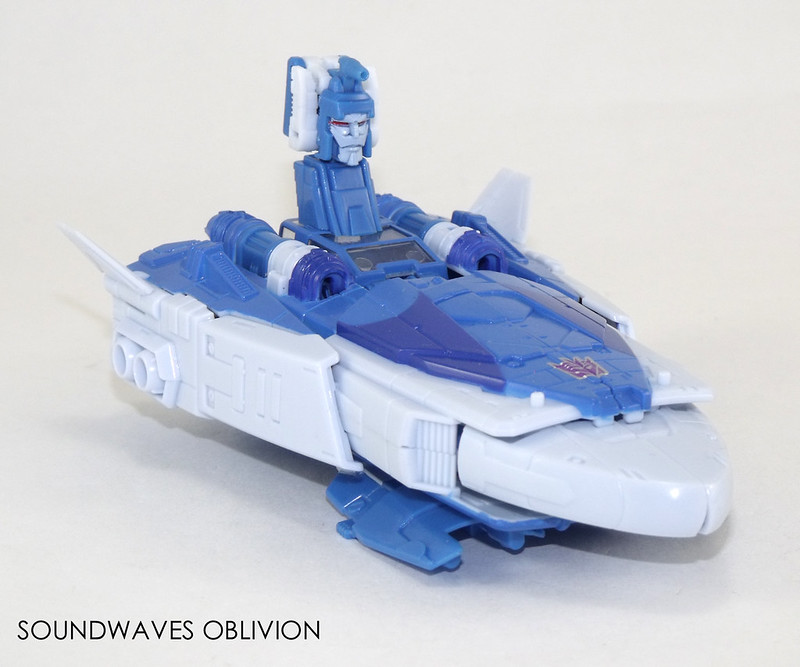 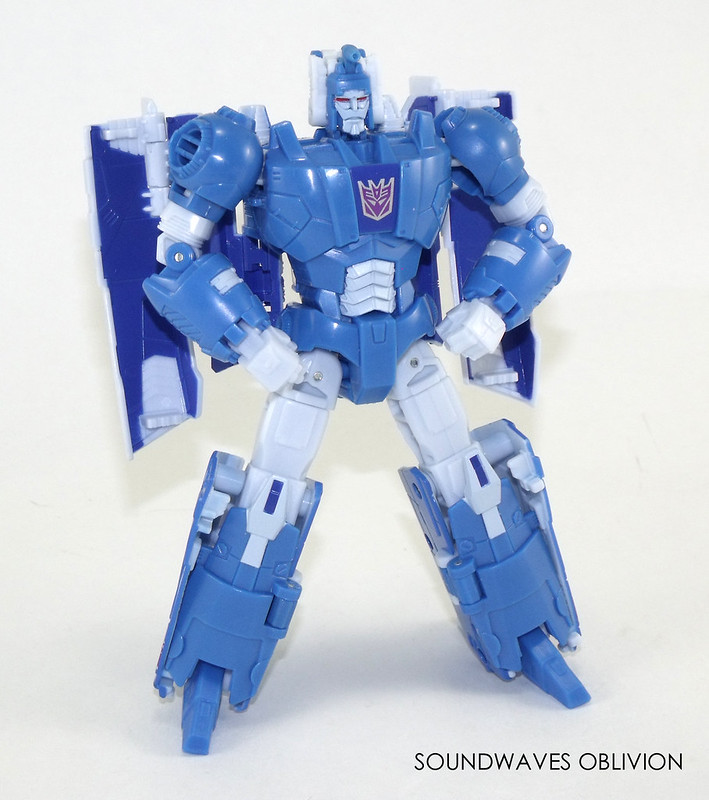 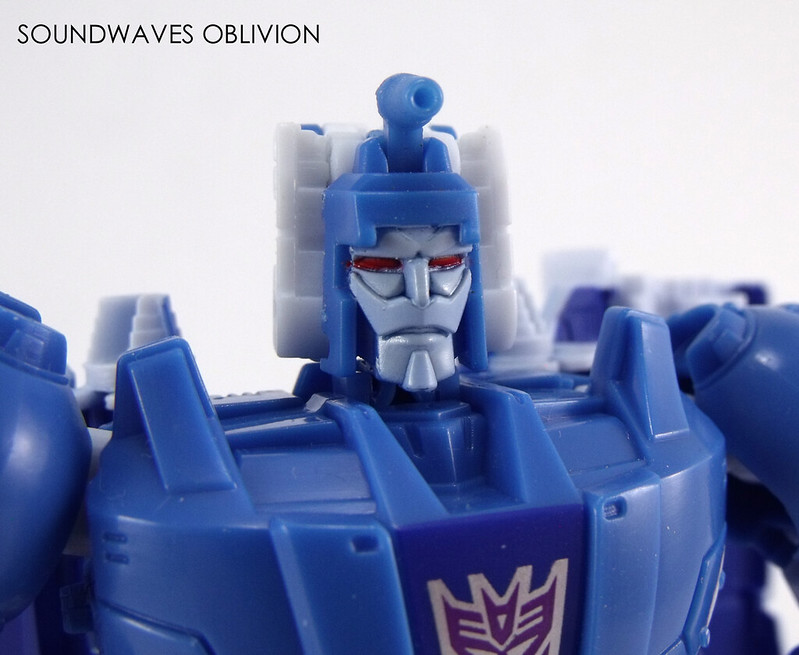 View the full gallery here on Flickr.
Posted by Jeremy Barlow at 09:32