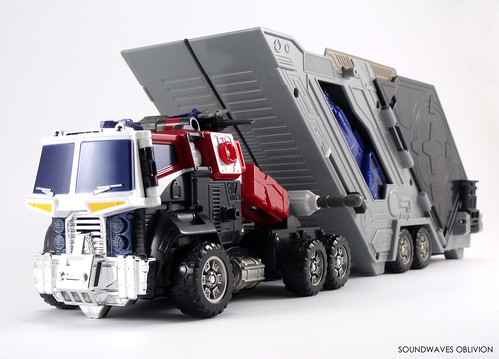 Profile (Translated from the Trading Card)
CYBERTRON SC01 General Commander Grand Convoy Super Mode
“I fight for peace throughout the galaxy!”
The General Commander who leads the Cybertrons; courageous and undaunted by any threat. Powers up into Super Mode by performing a huge combination.
PWR...10; INT...10; SPD...10; END...10; RNK...10; CRG...10; FPR...10; TECH...10 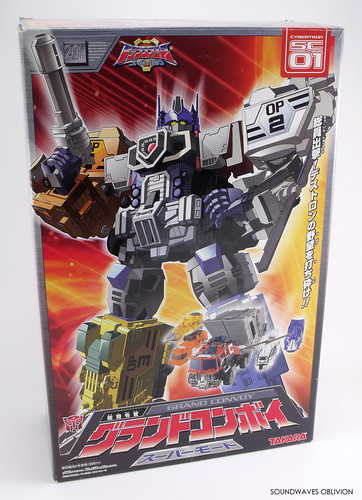 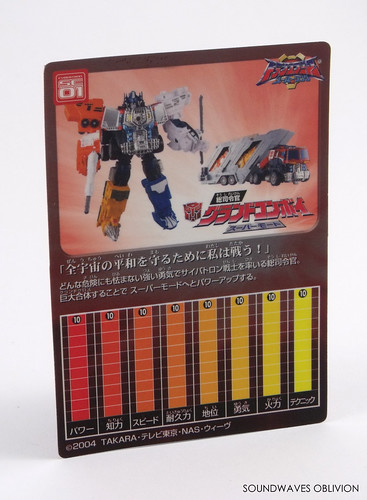 Transformers Energon was the second "Unicron Trilogy" chapter of the and was very different from Transformers Armada. Rather than gimmicks involving Mini-Cons to unlock special functions for the larger Transformers, it features a combination gimmick, although this more involved the Autobots rather than the Decepticons. 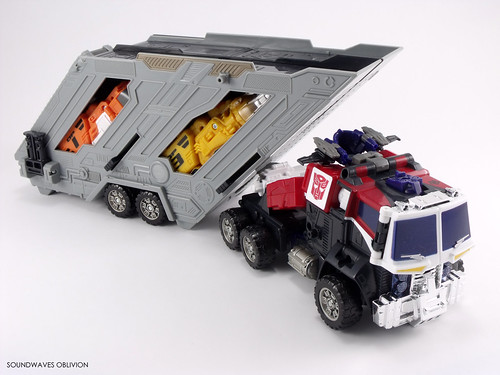 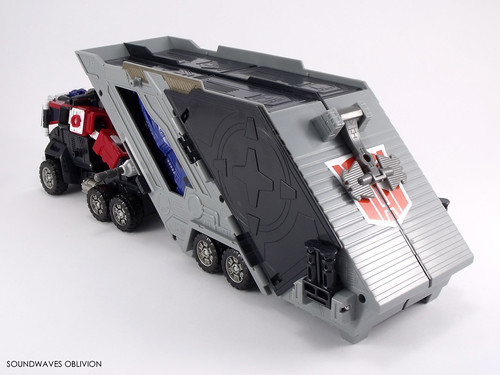 Transformers Energon Leader class included Optimus Prime which was another tractor trailer. The cab transformed into a rather portly looking robot and the trailer has 4 separate sections to house Optimus Prime's four drones, the Prime Force: OP-1 (fire truck), OP-2 (helicopter), OP-3 (drill) and OP-4 (submarine). Optimus Prime can combine with these four drones which can either become arms or leg extensions for Optimus. 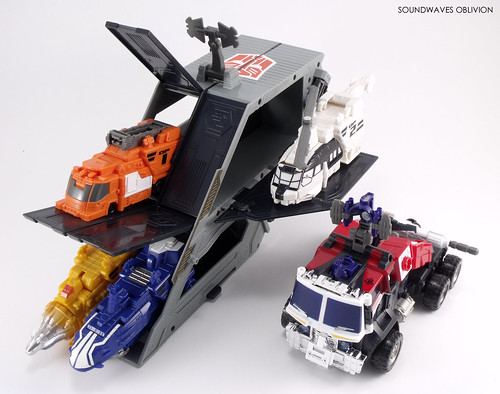 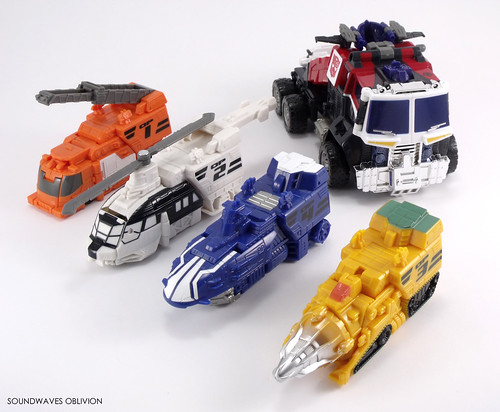 Early releases of Optimus Prime included a mouth much like Beast Wars Optimus Primal although this was not present in the cartoon and the toy featured a running change with a full face-plate. Hasbro's version of Optimus Prime featured a light up Matrix and 4 sound effects to correspond to each member of the Prime Force. 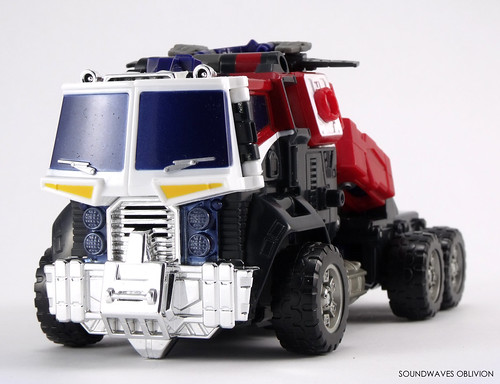 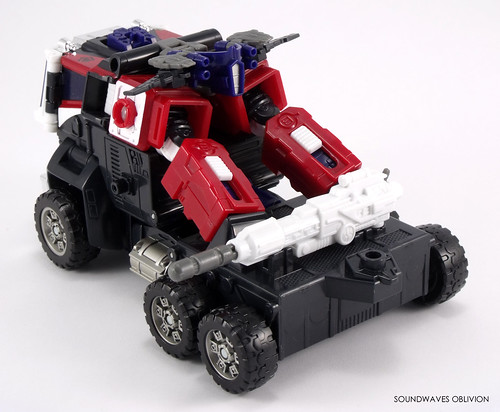 In Japan under "Transformers Super Link" Takara's version of Optimus Prime, Grand Convoy, was released in December 2003. This version featured a much more vibrant colour scheme and had a face plate for the robot head which is the main reason I chose this over the Energon version. 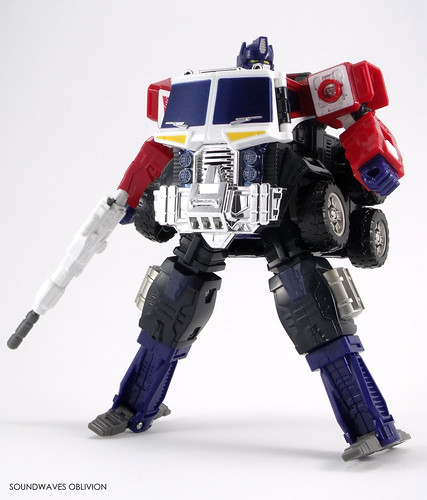 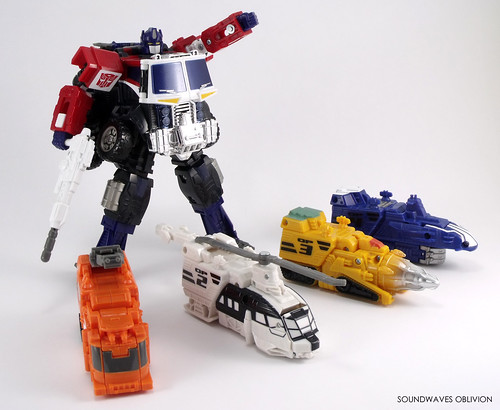 Grand Convoy also featured a chromed grill and retained the light up Matrix function although the sound effects were removed for cost reasons. 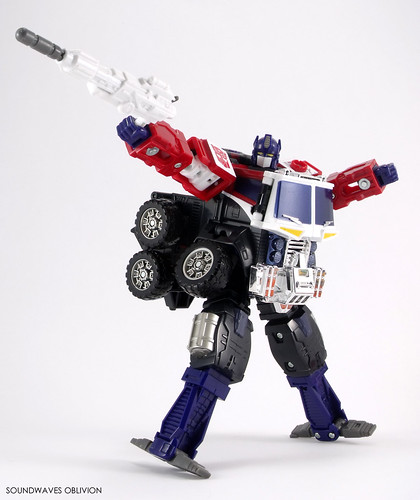 Grand Convoy's drone vehicles are named Fire-1, Gyro-2, Digger-3 and Submarine-4. Each drone can link up to Grand Convoys arms or legs to form Grand Convoy Super Mode which has a bit more posability than his Armada / Micron Legend predecessor. 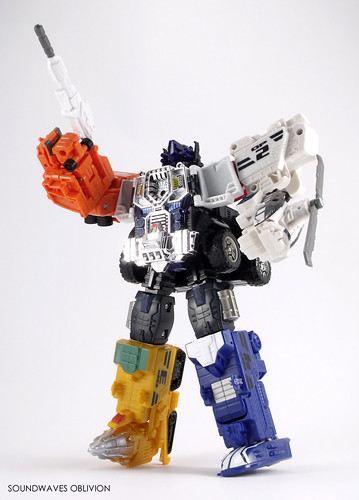 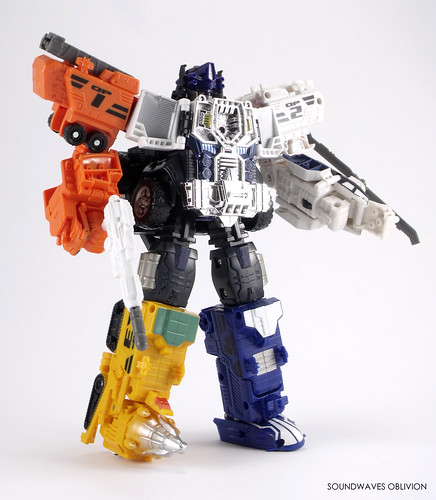 The combination gimmicks hinder the smaller Grand Convoy robot mode and even the downsized version of Grand Convoy, SC-13 SL Grand Convoy, is only slightly better. Overall this is not a great figure but the last Convoy / Optimus Prime figure in the Unicron Trilogy would be the best by far. 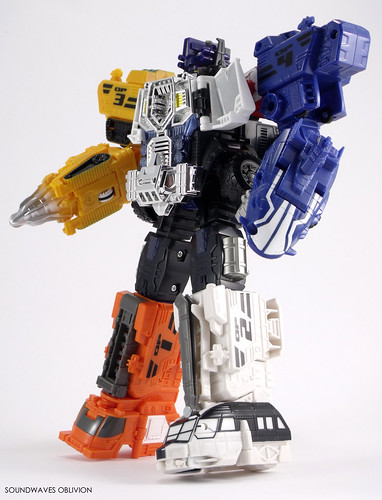