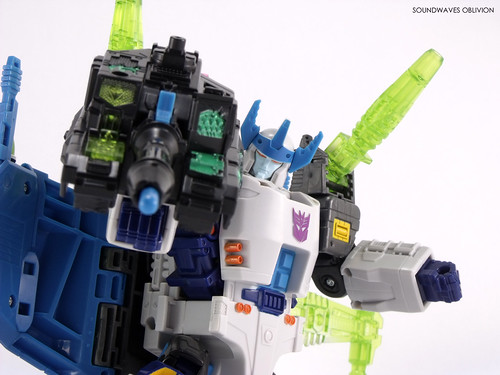 DESTRON SD07 Emperor of Destruction Galvatron
“I’ll show you endless darkness!”
The Emperor of Destruction was defeated but now with the power of Energon he has been resurrected. With his new evolved form he marches on to conquer the entire universe.
PWR…10; INT...10; SPD...10; END...10; RNK…10; CRG…10; FPR...10; TECH...10 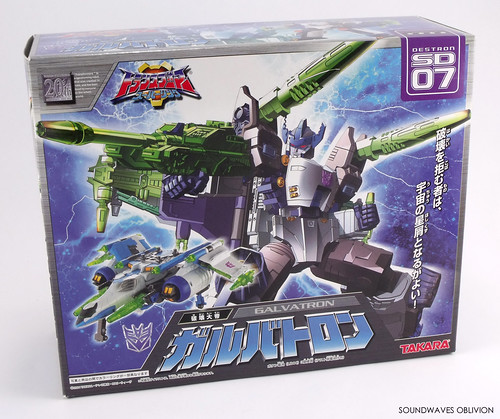 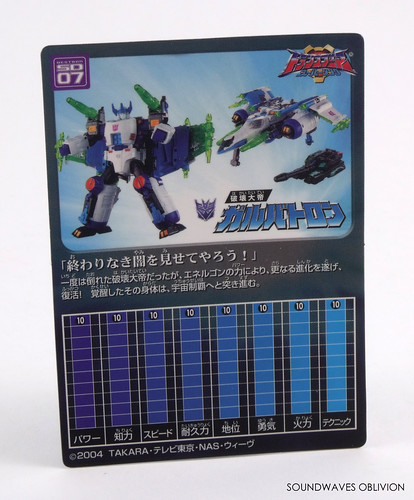 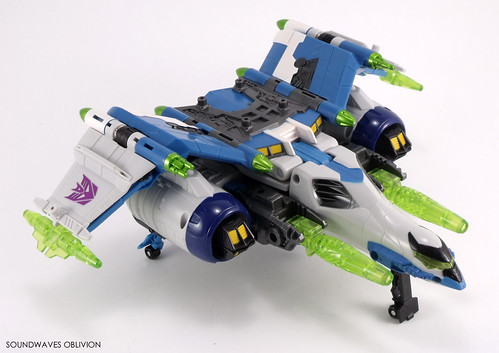 Transformers Super Link Galvatron SD-07 was released at the end of February in 2004 and retailed for 3,980 Yen. Takara's version was completely different to Hasbro's with Takara releasing a smaller version with a cartoon accurate colour scheme. Despite the size and colour differences both versions share the same features and transformations. 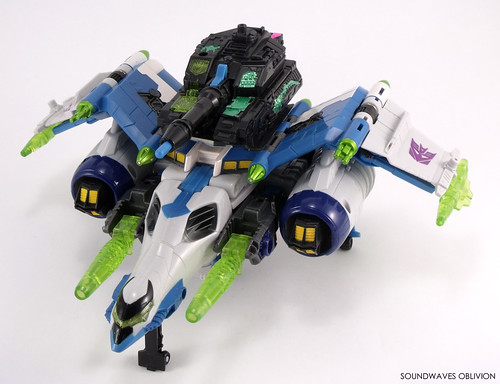 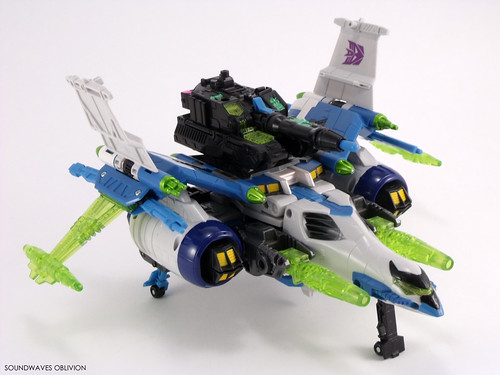 Galvatron comes packaged in vehicle mode which has changed from the tank seen in Micron Legend to a gunship. Galvatron's previous tank form is still present albeit that it is now small tank accessory, black in colour with metallic teal highlights. This tank has wheels and features sound effects and a firing missile. The tank can also attach to the top of the gunship mode. 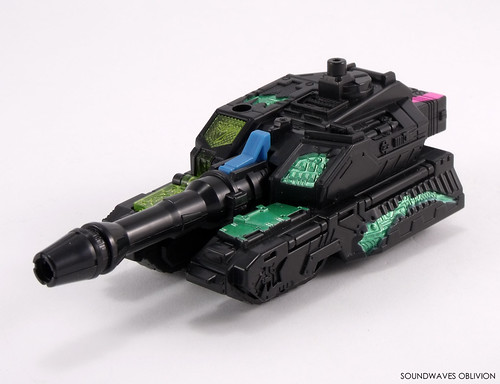 The gunship also features a "Hyper Mode" where you can lift the top of the wings up which automatically flips out guns and extends the translucent green wing sections. 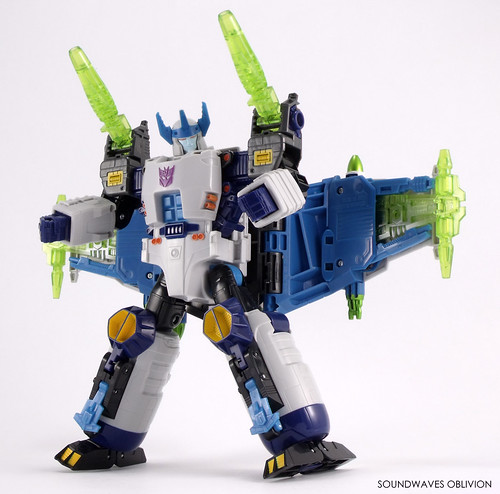 Transformation is very simple and you are left with a very impressive looking robot mode. Transformers Super Link occurred alongside the Transformers 20th Anniversary. Although the centrepiece for the celebrations was Masterpiece MP-1 Convoy, many Super Link figures featured homages to the original Transformers series. SD-07 Galvatron was one of these homages. The overall robot mode has a very strong resemblance to G1 Galvatron, particularly the cartoon model. The translucent shoulder cannons also resemble G1 Galvatrons Laser Cannon. 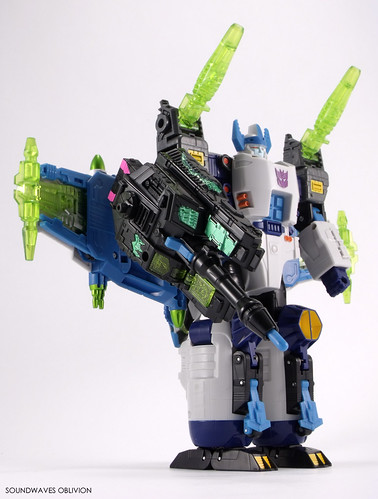 The tank can attach to either arm and act as a cannon and there is a slot in the jet cockpit where the sword is stored. Taking the tank and clipping the rear into the cockpit will attach the sword. The tank can be connected to the arms again to act as a sword although movement is hindered due to the barrel of the tank. 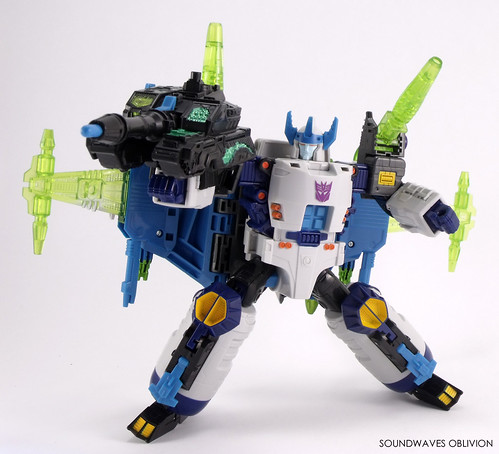 The robot mode also has a "Hyper Mode" where the the jet wings are spread as in jet mode. 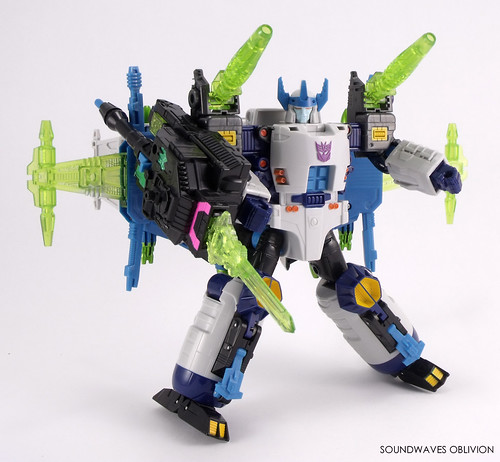 Overall this is a great figure and I prefer this version over Hasbro's larger version. One thing to be cautious over are the head horns which tend to pop out easily. 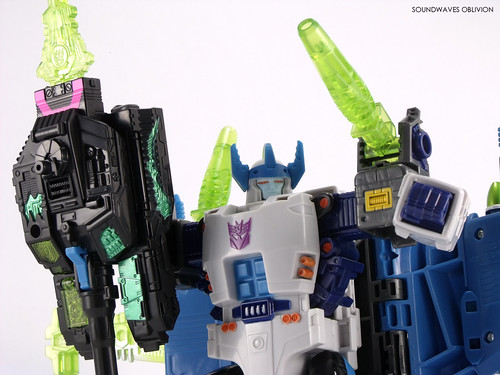