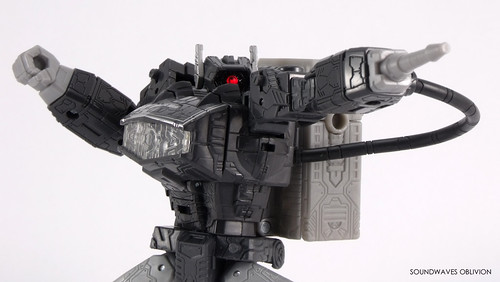 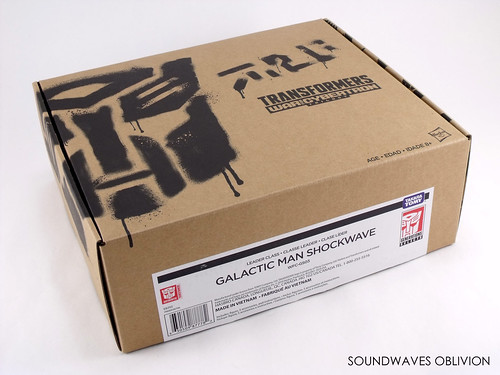 On the 12th July 2019 Hasbro made a surprise announcement on their Facebook page that they were releasing a Generations Selects "Galactic Man Shockwave". This "shared store" exclusive figure was first displayed and available for sale at the 2019 San Diego Comic-Con (18th to the 21st July). 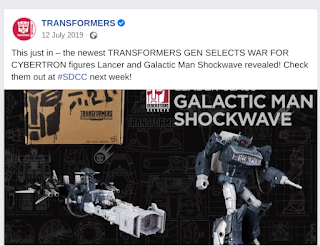 This was a grey repaint of the 2018 Transformers Siege version and is the second time Hasbro has produced a grey Shockwave. The first being the 2008 Transformers Animated Shockwave (the purple version was a Target store exclusive in North America, whereas it received a standard release in Japan). 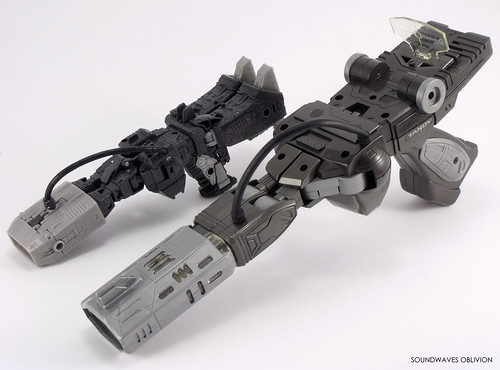 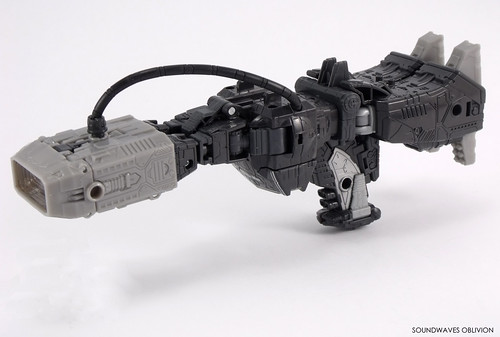 Galactic Man Shockwave is based on ToyCo's 1983 Astro Magnum. It wasn't until Astro Magnum would be licensed and released by North American company, RadioShack, that the toy would receive the name "Galactic Man". Galactic Man also featured a new sticker on his chest with his name and this has been reproduced by Hasbro for the Generations Selects version although this time it has been printed on rather than being a sticker. 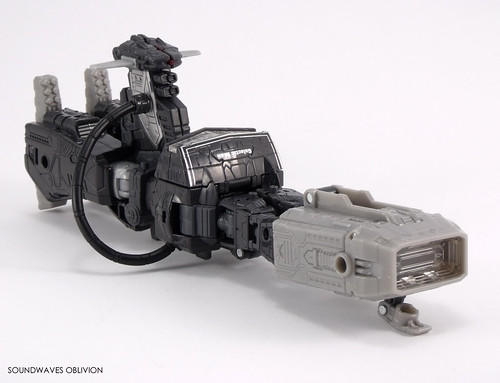 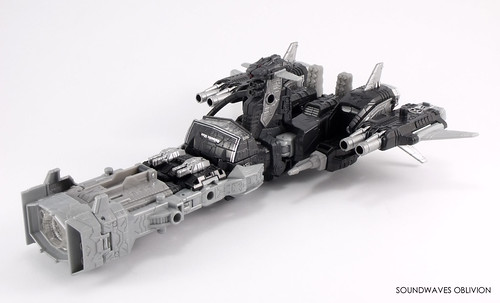 Even the accessories feature a homage to RadioShack as they are called "RS Duo-Pulse Radiograph" and "RS Gamma-Disruptor Launcher". The weapons/accessories themselves are coloured black instead of grey which subtly breaks up the overall colour scheme. 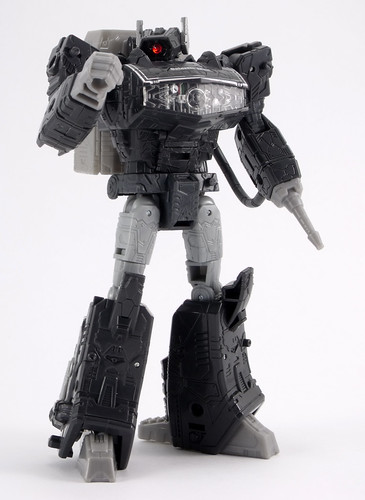 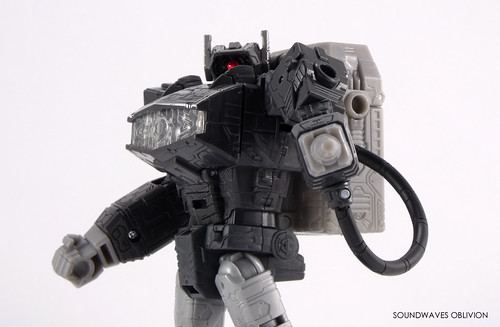 One thing I prefer with this version is the "gun barrel" is now grey although this does give the robot mode a grey "backpack". In my opinion I found that the barrel with Siege Shockwave made the alternate mode too purple. 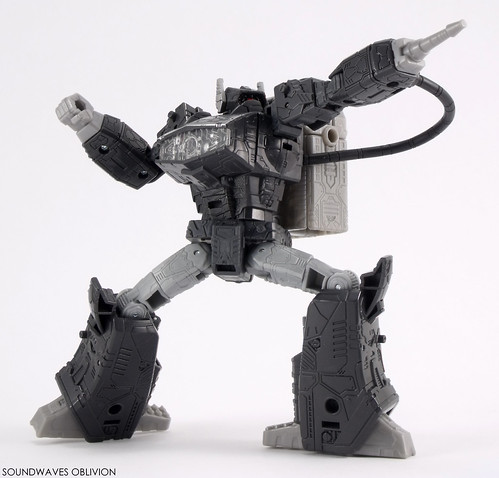 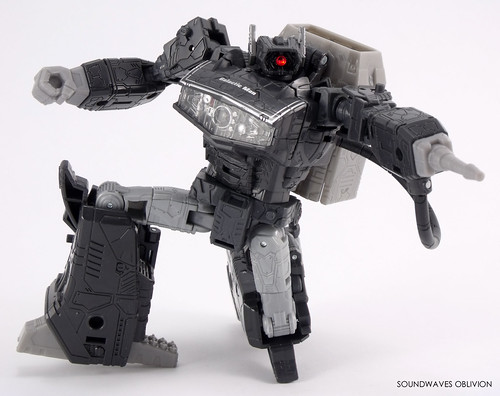 Transformers Siege Shockwave was already a fantastic re-imagining of the original toy which even retained an "unofficial" gun mode but this updated version looks excellent. Two things Galactic Man has over the Siege version is that the battle damage paint is now gone and the light piping through the red eye looks so much better than the yellow of the original. 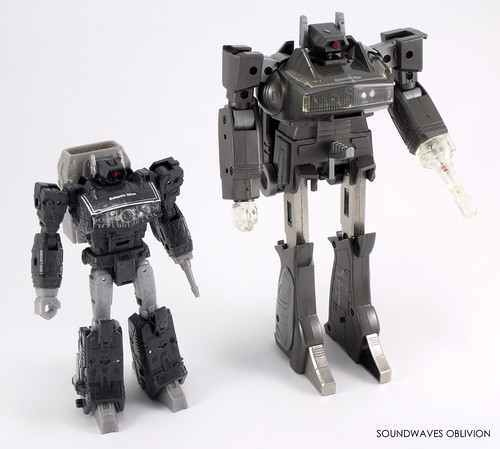