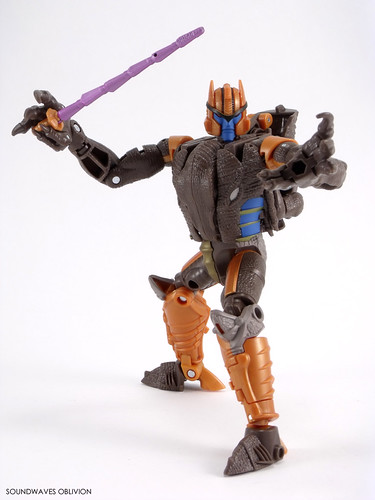 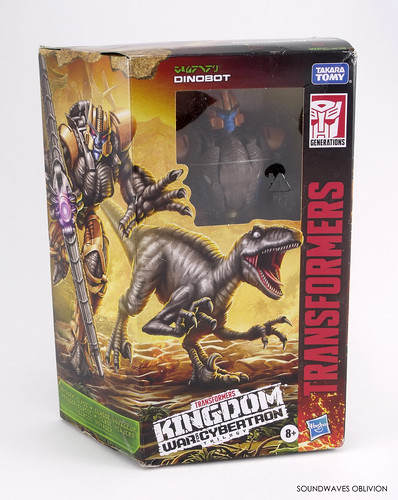 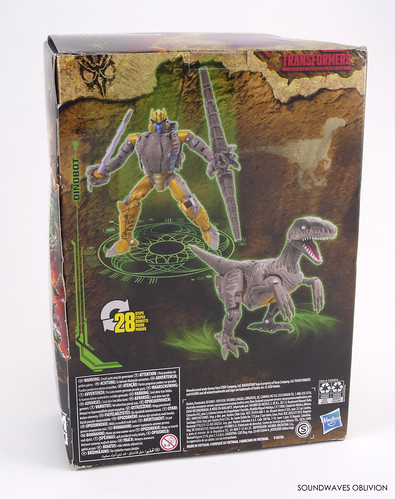 Transformers Kingdom Dinobot is a Voyager Class figure first revealed in December 2020 and released (early) in January 2021 in Asia. This time around the toy has been released as a Predacon whereas the original was released as a Maximal. In the original cartoon produced by Mainframe, Dinobot was a Predacon but switches sides in the second episode. 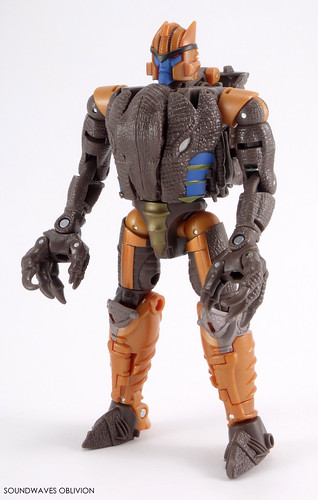 Dinobot comes packaged in robot mode and is incredibly cartoon accurate, at least this is the first main-line figure to achieve cartoon accuracy and is a lot more affordable than the 2018 Masterpiece version. The head sculpt is really well done and the flattened dino head on the chest even incorporates the actual dino head whereas the Masterpiece version used a faux chest to achieve the same look. 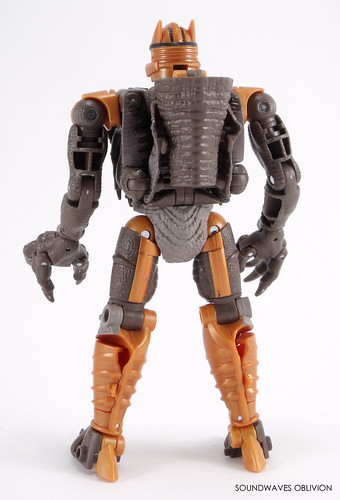 The overall robot mode is very streamlined with excellent articulation. The accessories are the same as the original toy, being the dinosaur tail which opens up to reveal a removable sword. 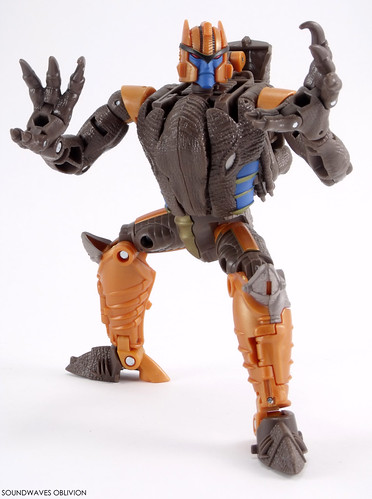 The Cyber Slash tail weapon fits well in Dinobots hand but unlike the original is doesn't have a spinning gimmick. The inside of the tail is not painted in this version and looks rather bland as a result. The sword itself is painted and is a purple colour, on the back of the box the sword is silver with the tip coloured the same as the dinosaur skin which would have made it blend in better. 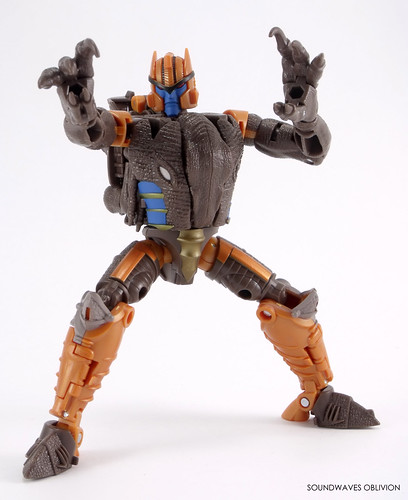 The weapons can store in robot mode by putting the sword back in the tail and plugging the tail into the port on the robots back. 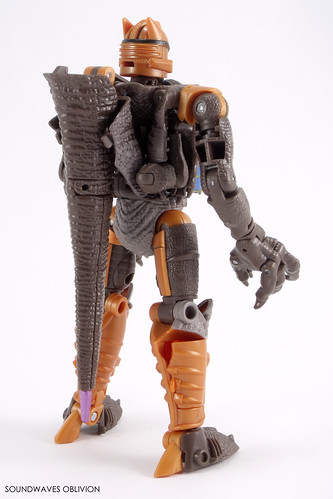 The transformation which is fun and intuitive is one of the stand out features of the figure. The alternate mode is a Velociraptor, popularised by the 1993 film Jurassic Park. Incidentally it was Kenner who made the original Jurassic Park toy line (as well as the original Beast Wars). 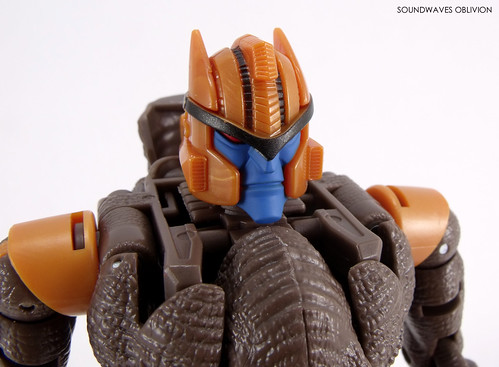 Whereas Dinobot looked great in robot mode, there are a few compromises in beast mode. I was disappointed when I first saw how the feet were stored in beast mode but in hand it looks a lot better. The dinosaur hands are at an angle which makes transformation into robot mode easier but they do look strange in beast mode. 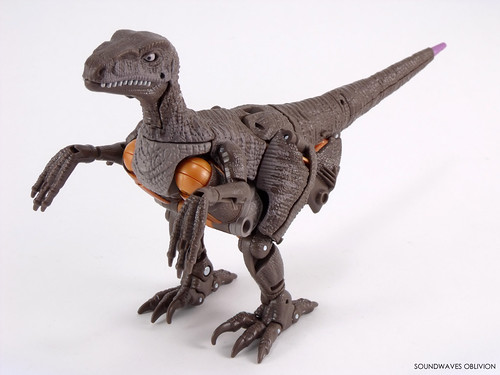 Articulation is hindered in beast mode with the legs only able to move at the knees and ankle and the head can only look down which is part of the transformation but the arms do have a lot more motion. The dinosaur mouth can open and the teeth and tongue are even painted. The skin texture is incredibly detailed but the stripes could have been a lot more pronounced and don't show up that well in normal lighting. 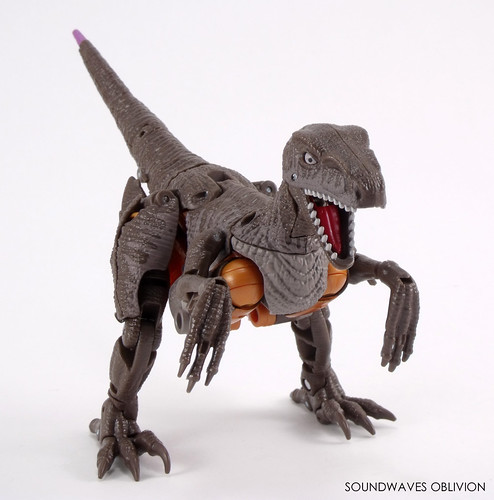 Overall Kingdom Dinobot is a fantastic figure and well worth picking up. 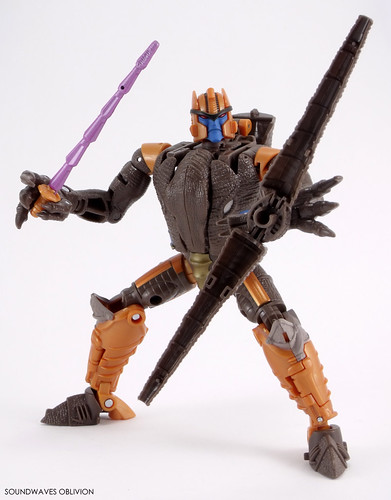 Email ThisBlogThis!Share to TwitterShare to FacebookShare to Pinterest
Labels: Kingdom