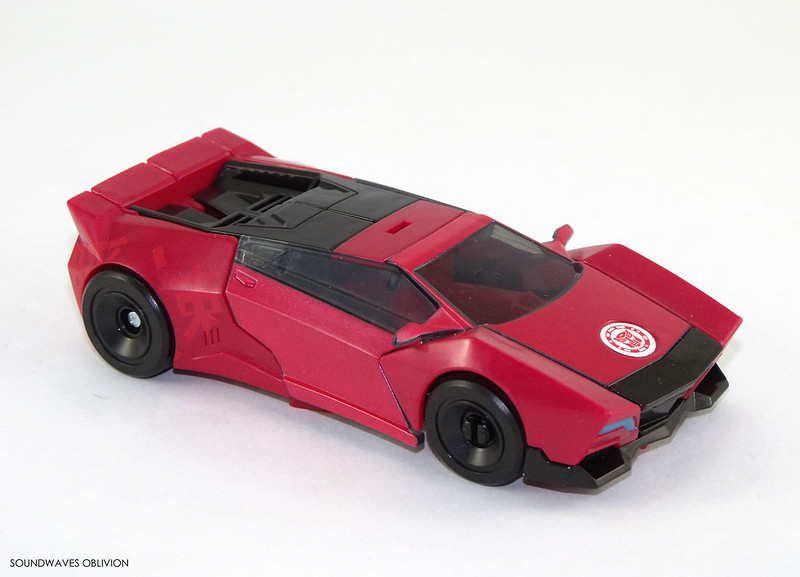 Function: Sonic Speed Warrior
Profile
Sideswipe is the fastest fighter in the Autobot army. He was even running about on Planet Cybertron at blinding speed. Arrested by Strongarm, after subsequent events he found himself on Earth. He sets the mood for Team Bumblebee and is now recognised as an essential team player. Usually bright and cheerful but once engaged in battle with the Decepticons he uses his amazing agility and brilliant swordsmanship to have them at his mercy. 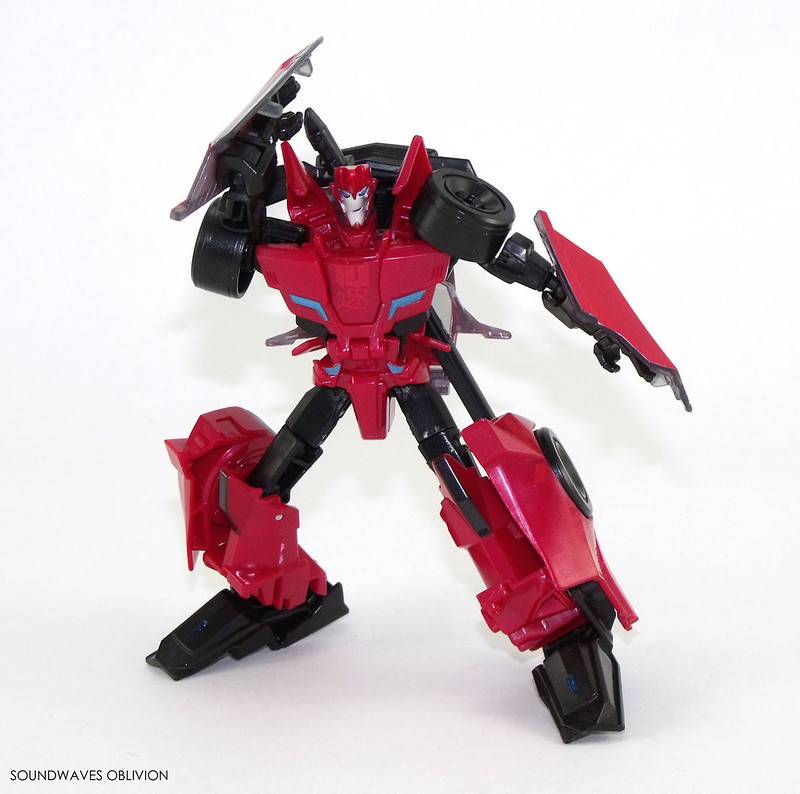 This is one of those figures I regret buying, the only reason I did was because the car mode looked good and reminiscent of the original Sideswipe. The quality control on mine is poor with stress marks already on the red shoulder sections. As I've seen mentioned before the chest section does not stay pegged into the arms at all making posing the figure awkward. 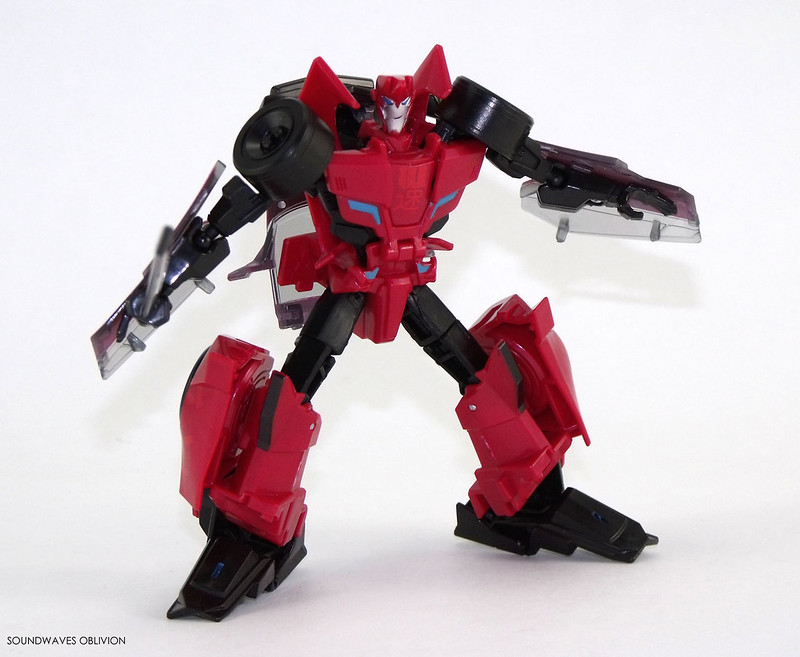 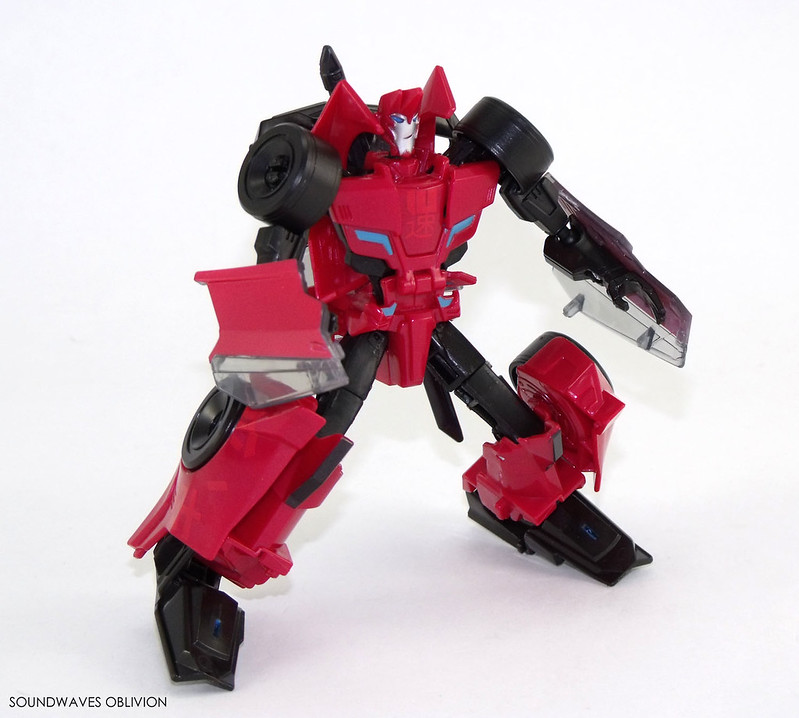 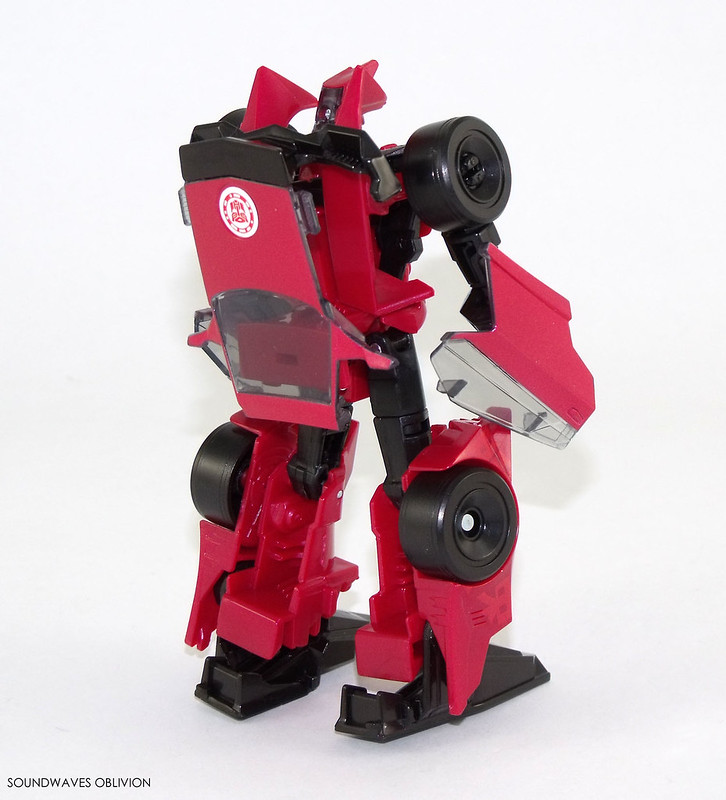 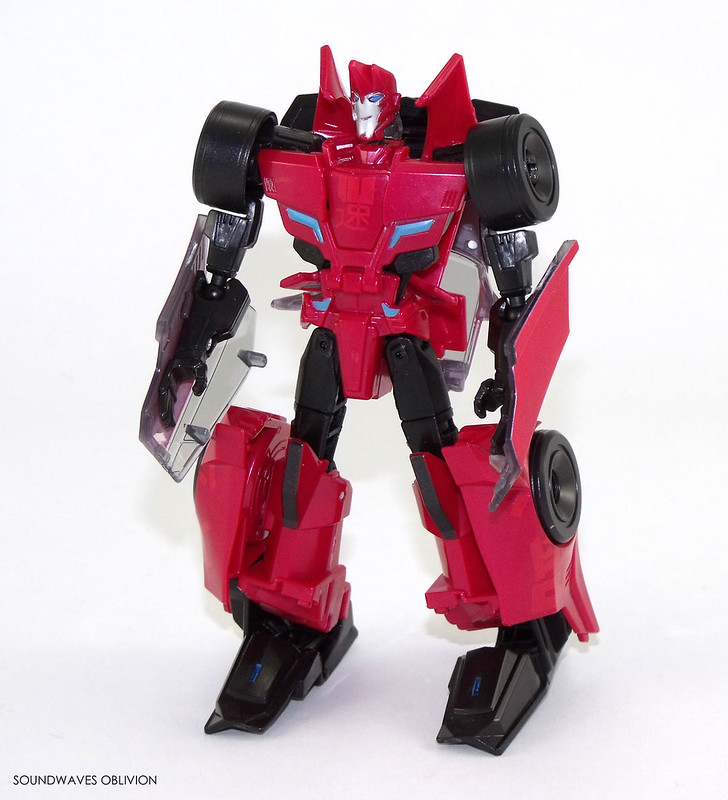 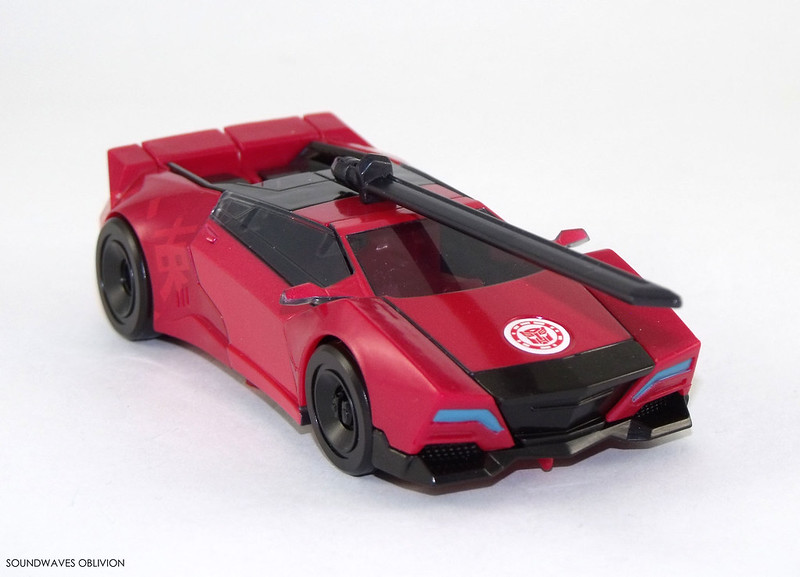 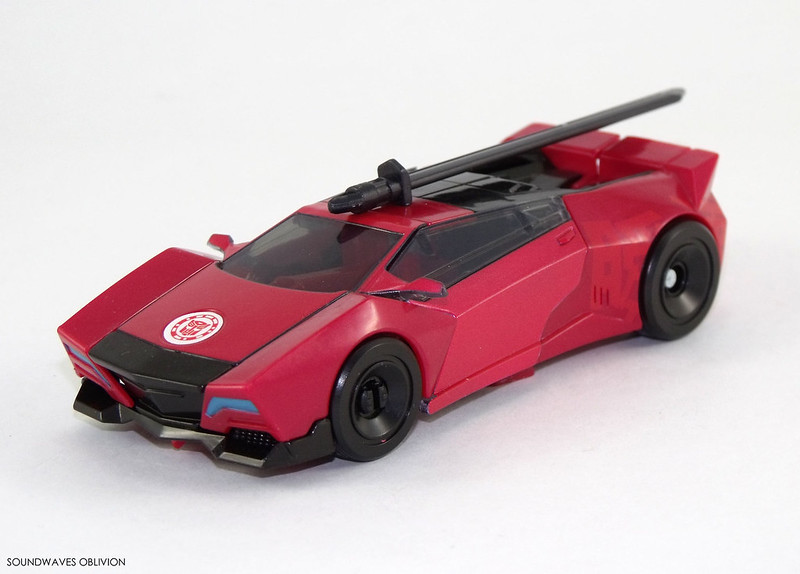 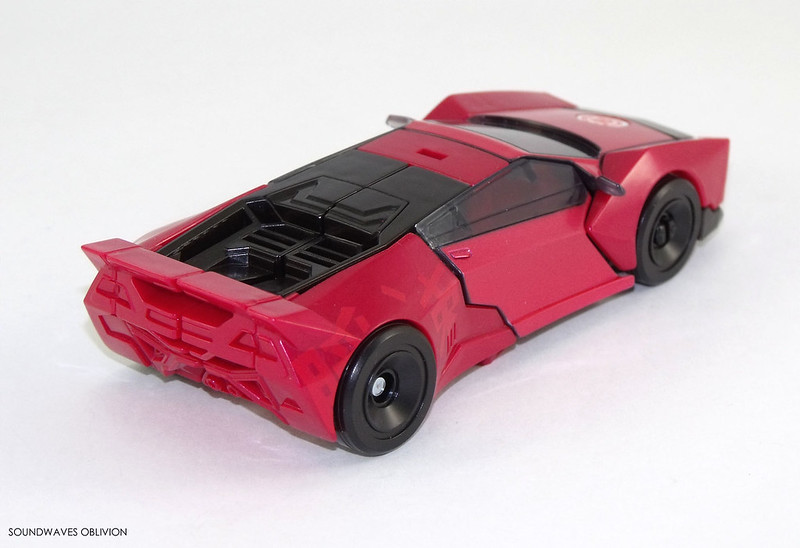 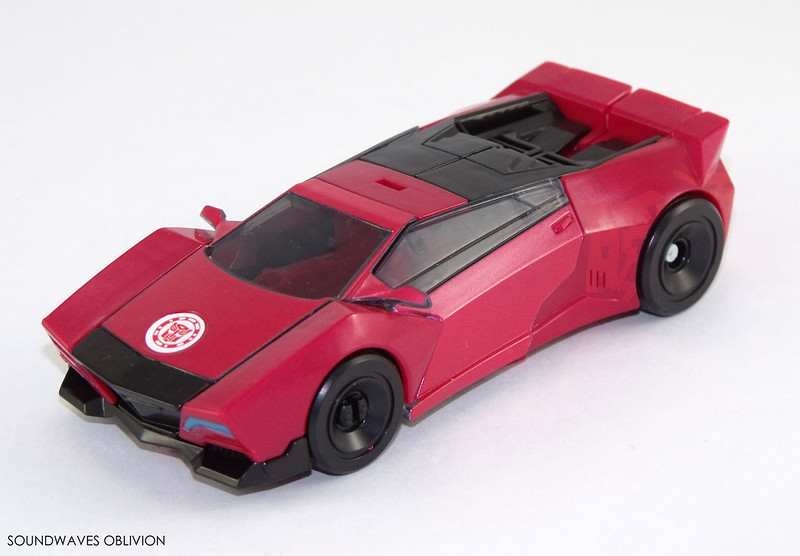