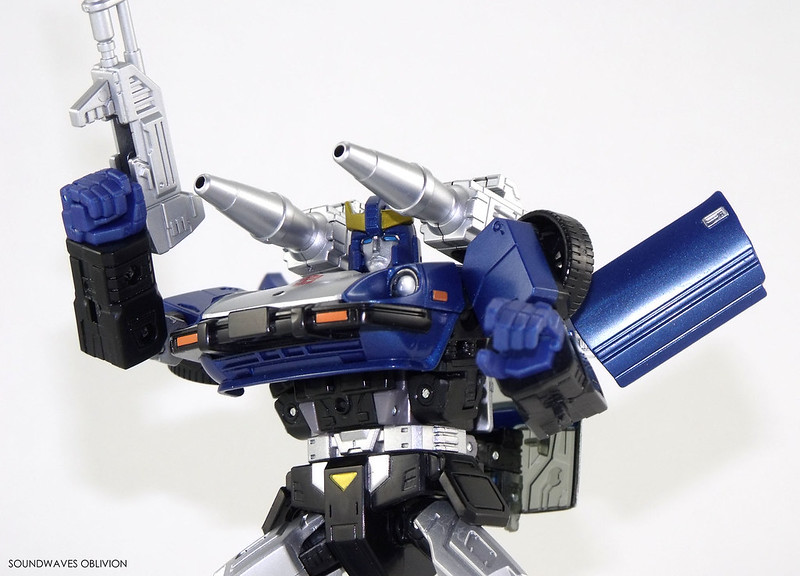 Profile (Translated from the Trading Card)
MP-18B Cybertron Unknown Affiliation Bluestreak
Function: Unknown
Motto: Unknown
Profile:
A mysterious warrior coloured blue with a similar appearance to Streak operates on his own in the Asia region. His behaviour, purpose and background are unknown. Transforms into a Nissan 280Z-T and works undercover blending in amongst the lives of ordinary people. He rarely appears in public in robot mode. In combat he specialises in long range attacks utilising his hand held rifle and shoulder cannons; tactful and brave when facing multiple enemies.
-All Unknown- 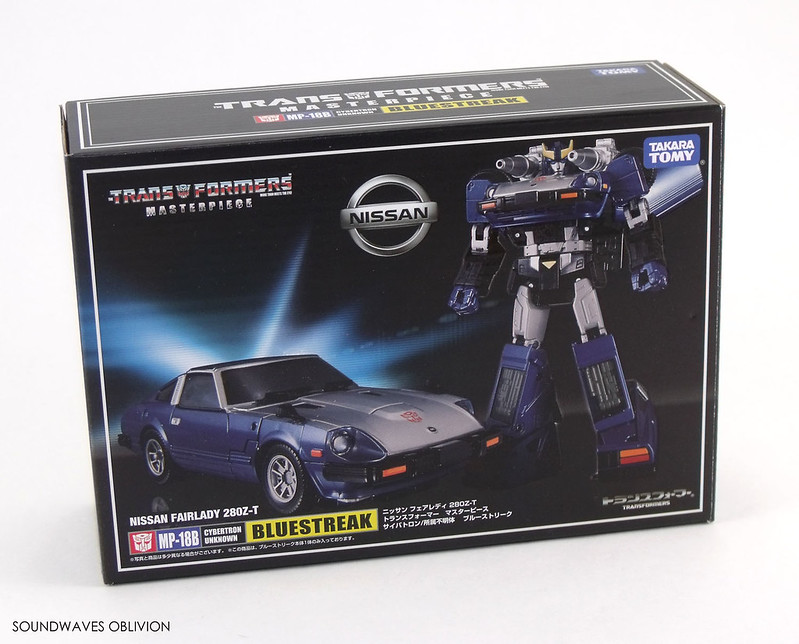 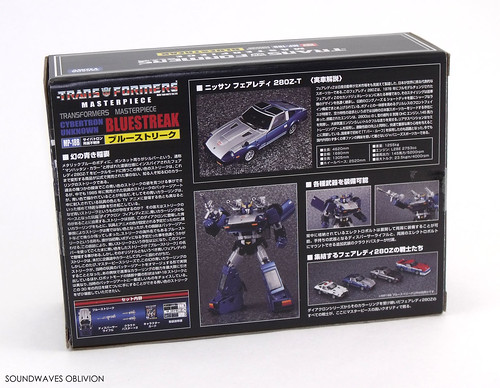 In 2015, Takara Tomy released two versions of the rarest Diaclone Car Robots, Exhaust (Marlboro Lancia Stratos) and Bluestreak. It was anticipated that the "blue" Bluestreak was going to see a release at the 2014 Tokyo Toy Show, however it was not meant to be with the release of Silverstreak instead. Possibly due to the negative reaction or whether it was planned all along, Takara Tomy finally released a Masterpiece blue Bluestreak for the first time as a Takara Tomy Mall exclusive. This was limited to 2000 pieces but this also saw an Asian release with came with the usual collectors coin. As well as the main colour difference, this mould also features Prowls head sculpt instead of Streaks. 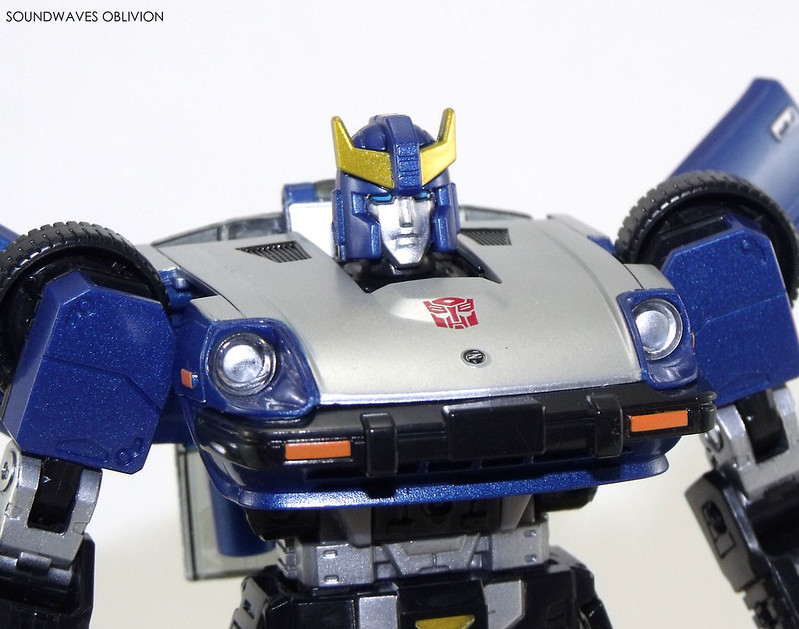 Robot Mode: Bluestreak (Translated from the instruction booklet)
Function: Unknown
Motto: Unknown
Profile
Bluestreak is an unknown warrior with a similar appearance to the Cybertron Gunner, Streak. He is so veiled in mystery, many believe he does not actually exist. Even the name Bluestreak is just a codename taken from his appearance. Plausible rumours of a Bluestreak-like Transformer came about when locals reported a sighting of “a blue Transformer engaging in battle with a huge insect” in Asia. Similar testimonials have been recounted across multiple regions; it is from these sightings that the presence of a Transformer similar to Streak actually existed.
In combat he specialises in mid to long range attacks using his rifle and shoulder cannons which are similar to Streaks; additionally he is brave and tactful when up against multiple enemies. As a matter of fact, no Cybertron warrior has ever encountered Bluestreak so they have no choice but to say he doesn’t exist. 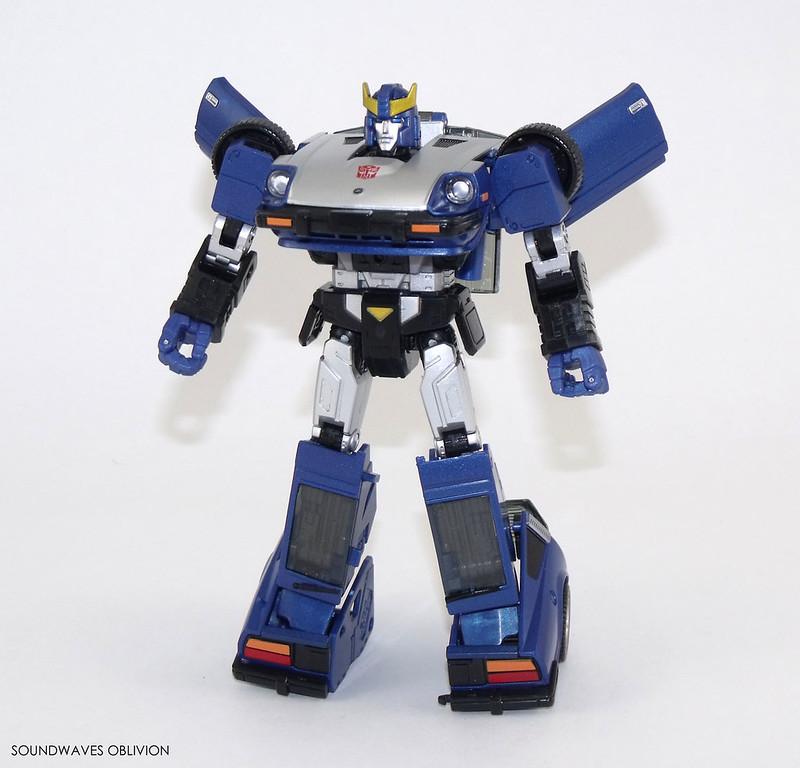 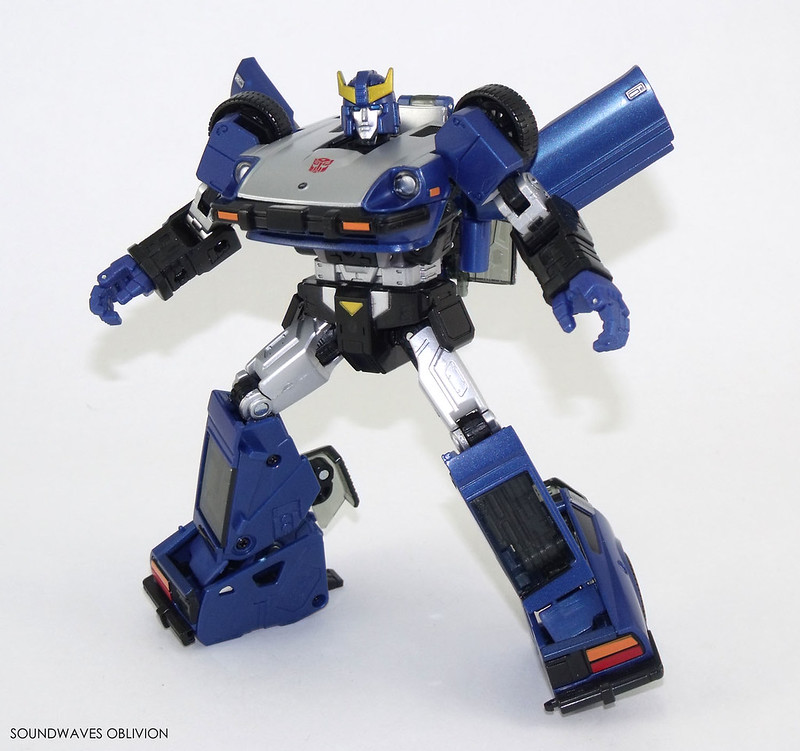 Vehicle: Nissan Fairlady 280Z-T (Translated from the instruction booklet)
Bluestreak transforms into a “Nissan Fairlady 280Z-T”. Coloured metallic blue with a stripe of silver, he has an engraved emblem on his hood representing that he is a Cybertron. Because of this emblem it is highly likely that he is a Cybertron warrior as he shares this common feature as well as his vehicle form with other Cybertron warriors. Bluestreak has become adept with Asian culture, customs and their traffic conditions. He works undercover, blending in in his Fairlady 280Z form and is very seldom seen in public in his robot form. He periodically hacks into satellites obtaining information on the buildings, the cities traffic, and passing aircraft as well as their destinations and speed. If anyone were to approach Bluestreak, he would sense their presence immediately and disappear. Even with the all the Cybertrons abilities, finding Bluestreak in a densely populated city is near impossible. What is his purpose on Earth? Why does he hide himself and work alone? Those who pose such questions nor anyone else can answer them, as such the presence of Bluestreak is treated as an urban legend. 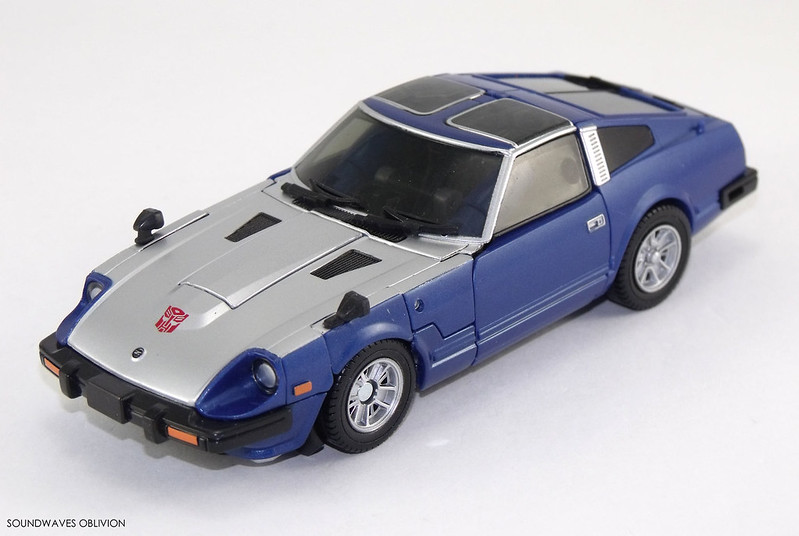 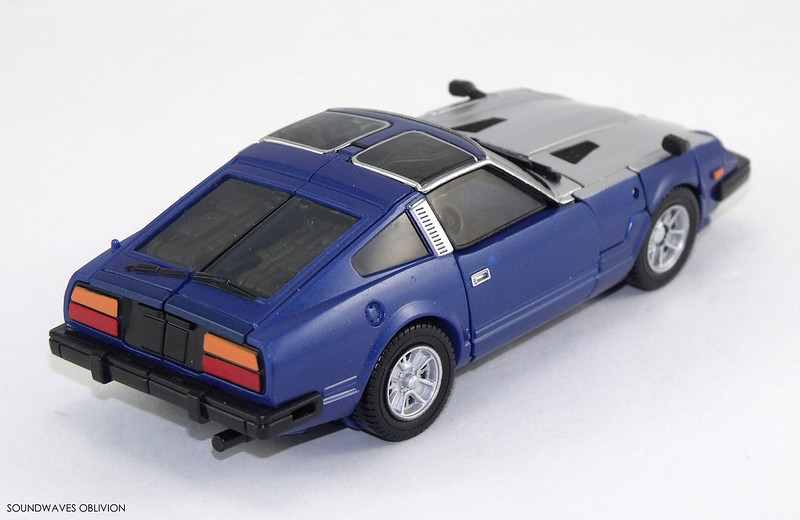 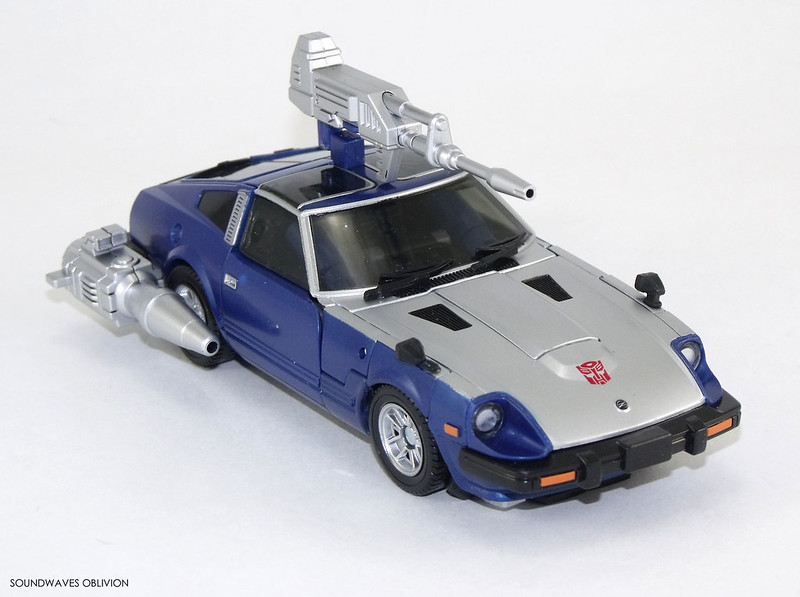 Weapon: Electro Bolt (Translated from the instruction booklet)
These are cannons fitted to both of Bluestreaks shoulders. Witnesses testimonies say they emit a beam of electrical light; its is presumed that Streak is equipped with a similar type of Electro Bolt.

Weapon: Cloud Buster (Translated from the instruction booklet)
It was witnessed during Bluestreaks' battle with giant insects that when fired these weapons disperse clouds around a 5km radius. Designed to emit shockwaves in the air when fired but it is unknown whether the main purpose of these weapons are to restore the weather. 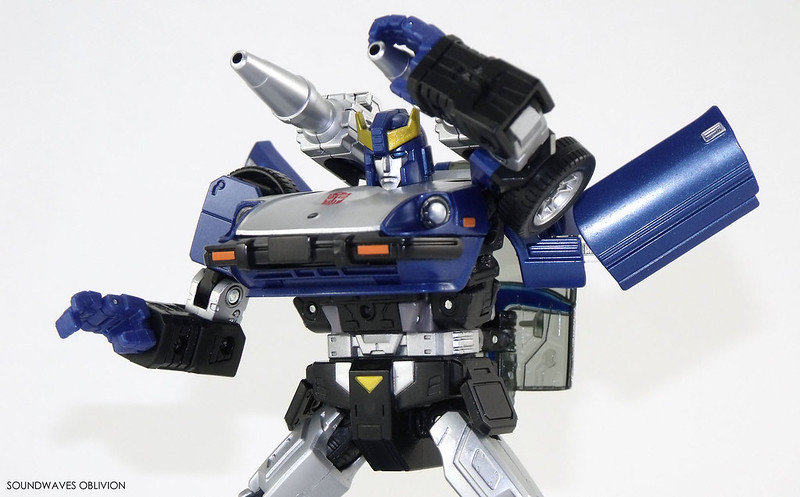 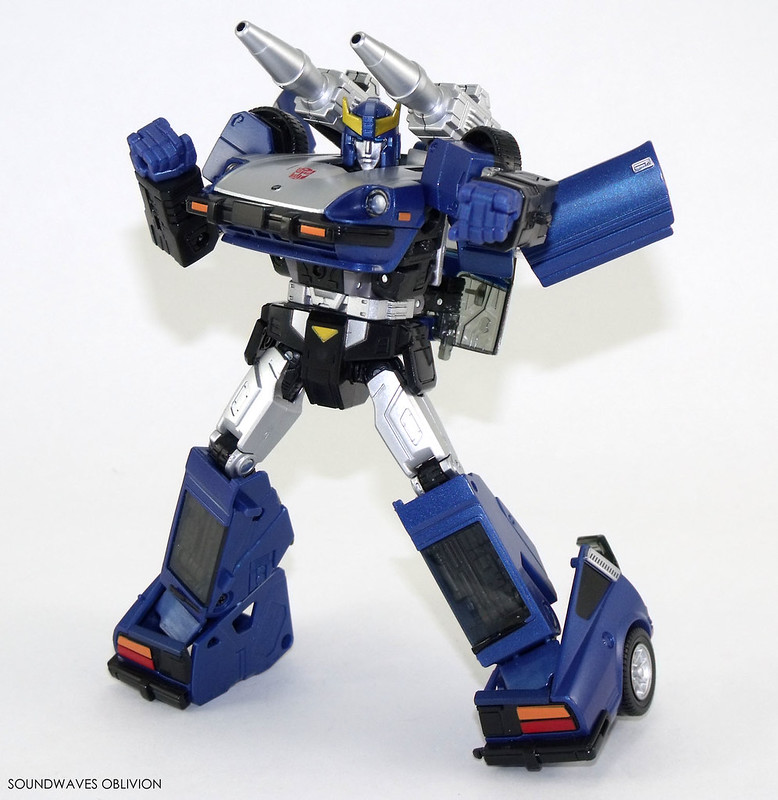 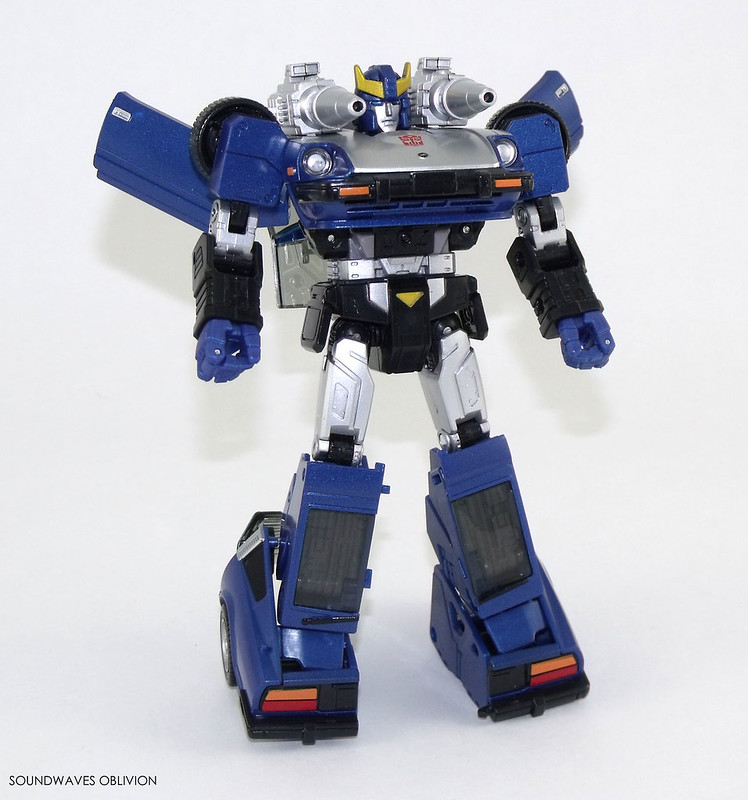 Weapon: Disperser Rifle (Translated from the instruction booklet)
Bluestreaks hand held weapon. He is a good sniper with this weapon and its bullets can pierce objects from a distance of 500m away. Though most information is unreliable, it is thought that this Disperser Rifle is the same as Streaks. 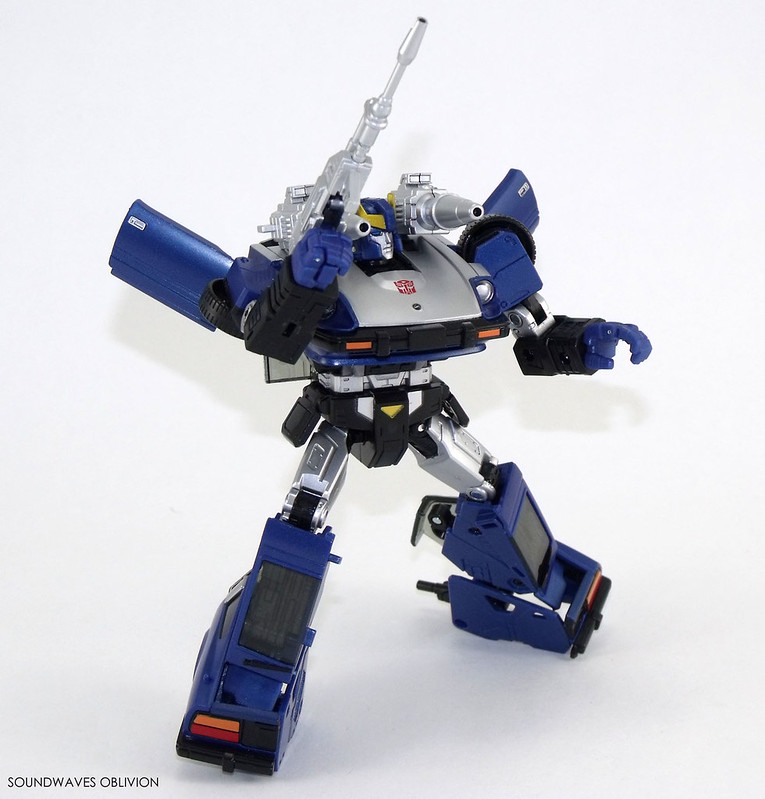 
The seventh Car Robot toy released in Takaras Diaclone line was the Fairlady Z in 1982. This toy was based on the 1981 Datsun Fairlady ZX Turbo (pictured above). The initial 1982 release was coloured blue with a grey bonnet, the re-release in 1983 was coloured grey with a black bonnet.


There were 2 Lucky Draw versions of the #7 Fairlady Z, one was an all chrome version and the second was a "gold" plated version. Interestingly the gold version came with a Diaclone police sticker on the bonnet.


The early 1984 Italian GiG Diaclone Trasformer line, the "Fairlady Z 280Z" came in an all grey colour, much like the later 1984 Transformers release. As these Italian versions sometimes came with Transformers stickers, this may be the reason this version came in the colour it did. The blue Fairlady Z was also released in Italy. Examples can be seen here. The Fairlady Z did not see any further releases in Frances Joustra Diaclone line or Finlands Diaclone line.

As mentioned above the 1984 Transformer release of the Fairlady Z mould was called Bluestreak, which more than likely was an error seeing that the box art and instructions showed the blue version of the toy. The 1985 Mexican release featured a variant which was completely matt grey with an unpainted face with a matt red head crest / horns. The 1985 Takara release was also identical to Hasbros grey coloured release.

Bluestreak / Streak did not have a mainstream release by Takara, but in 2002 Streak anime colour ver was released by e-Hobby as an exclusive. This was based on the cartoon version which was grey with a black hood - the same as the 1983 Diaclone release.


In 2003 e-Hobby also released Streak silver plated version as an exclusive based on the Diaclone Lucky Draw figure.

Additionally in 2003, Hasbro released Silverstreak in their Toys R Us exclusive Commemorative Series line. This version was all grey just as the original Transformer release. 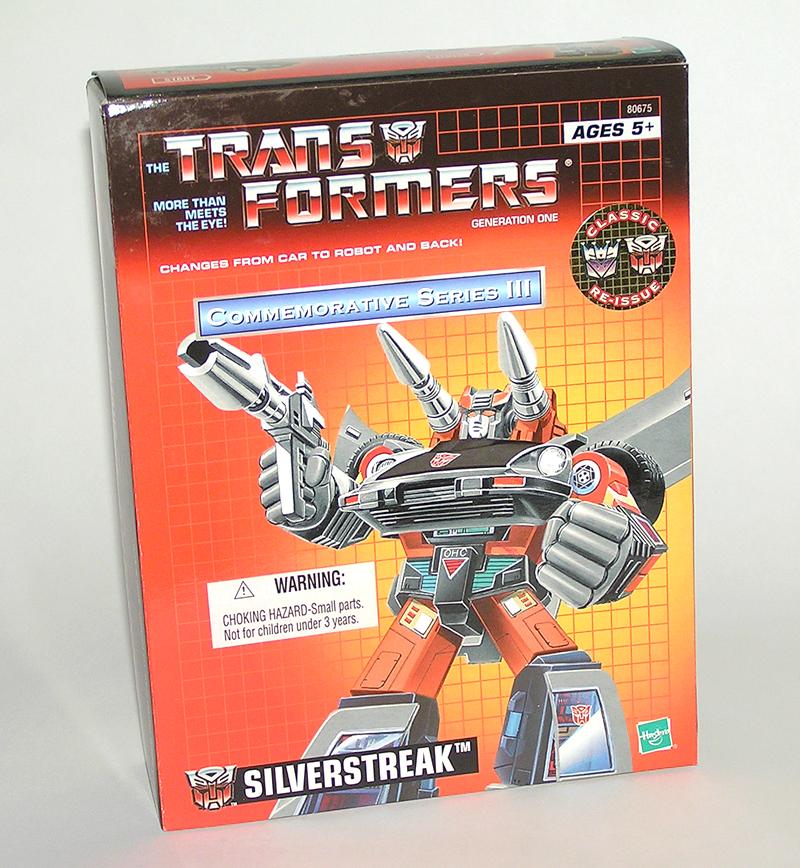 Although there have since been several re-imaginings of Bluestreak / Streak / Silverstreak in lines such as Binaltech, Alternators, Generations, Henkei etc; when Takara Tomy "soft reboot" of the Masterpiece line started with MP-10 Convoy in 2011, the Autobot cars started seeing releases as well which stayed true to the original versions.

In 2013, Streak MP-18 was released. This version was cartoon accurate being coloured grey with a black bonnet. In 2014, Silverstreak was released as a Tokyo Toy Show exclusive and was all silver in colour.


Finally in 2015, MP-18B Bluestreak was released as a Takara Tomy Mall exclusive. To date there have only been 3 blue Bluestreaks released (1982 Takara Diaclone, 1984 GiG Diaclone & 2015 Masterpiece) and only one under the Transformer brand (discounting the 2008 Binaltech Bluestreak of course).

In Hasbros updated Masterpiece toy line, Bluestreak was also released as a Toys R Us Exclusive. This was basically a reissue of Takara Tomys MP-18 Streak and was pretty much identical apart from a few quality issues. Rather than call him Silverstreak, they went with Bluestreak this time.