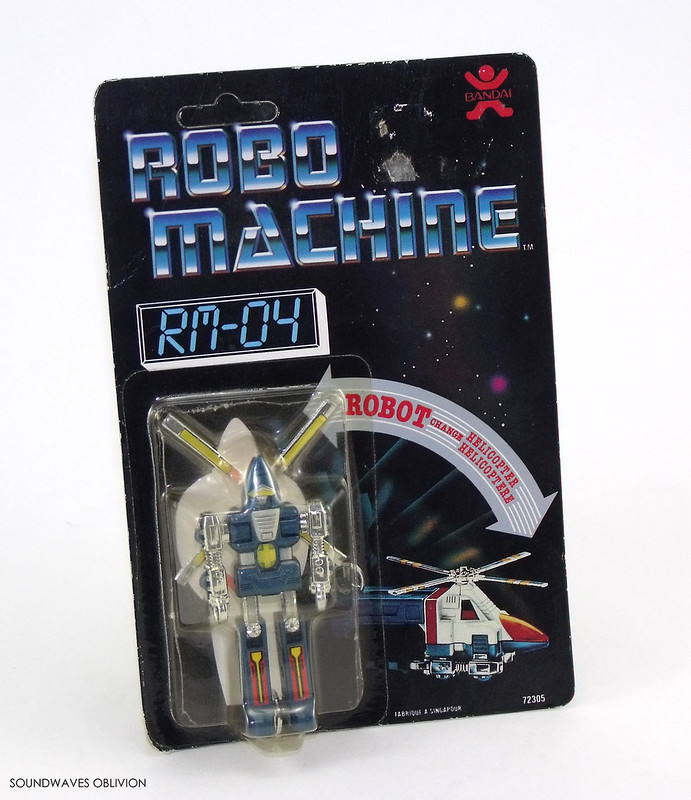 Cop-Tur was the first Gobot I had when I was younger, although the version I have is technically called "Helicopter" nor is it technically a Gobot being from the European line Robo Machines with the designation RM-04. 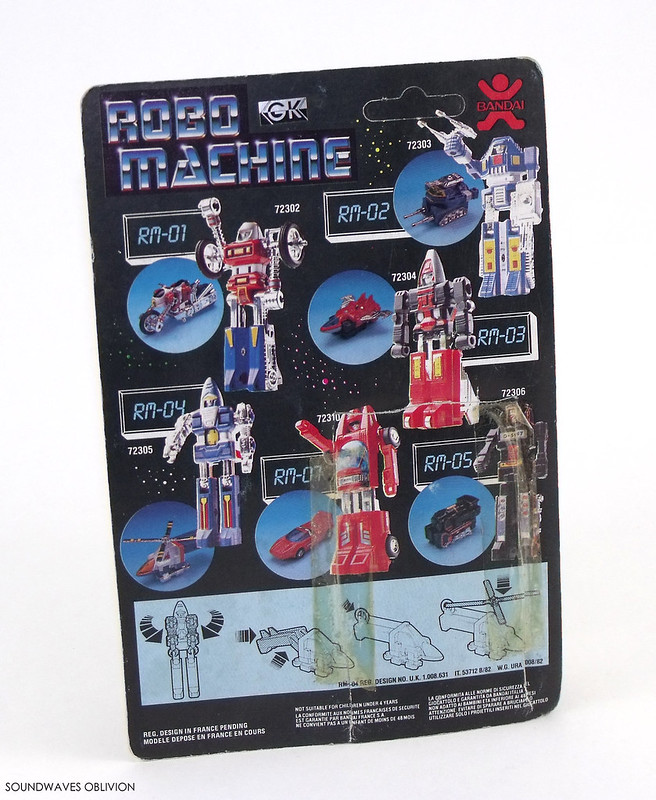 Cop-Tur much like the other Gobots are small and quite heavy as they are mainly made of die cast metal; its transformation is very basic and doesn't really leave much to the imagination. Every release of this figure was packaged in robot mode, in order to change it to a helicopter fold the arms inwards towards the chest and fold the legs backwards slightly to become the helicopter tail. Add the main propeller and tail propeller accessories to complete the helicopter mode. Along with the copyright markings on the inside of the legs, this also has the "MR-04" marking. 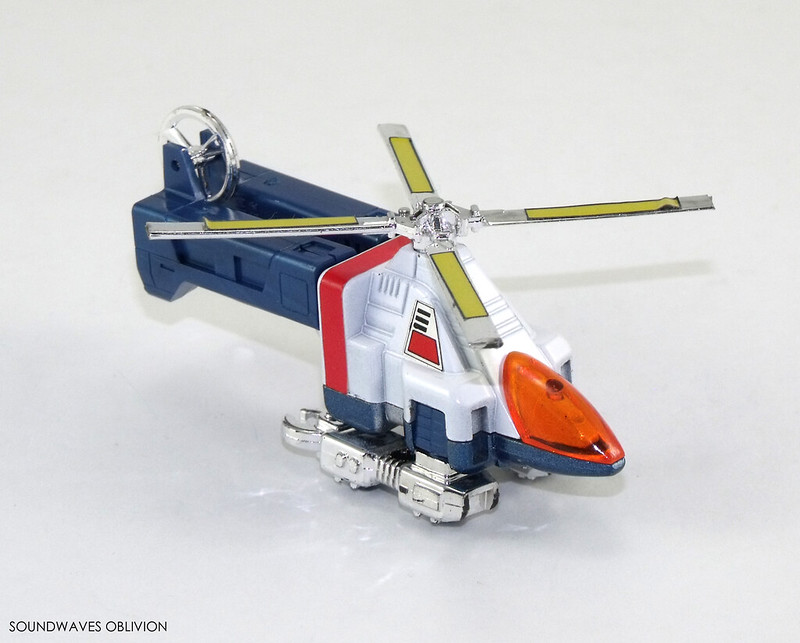 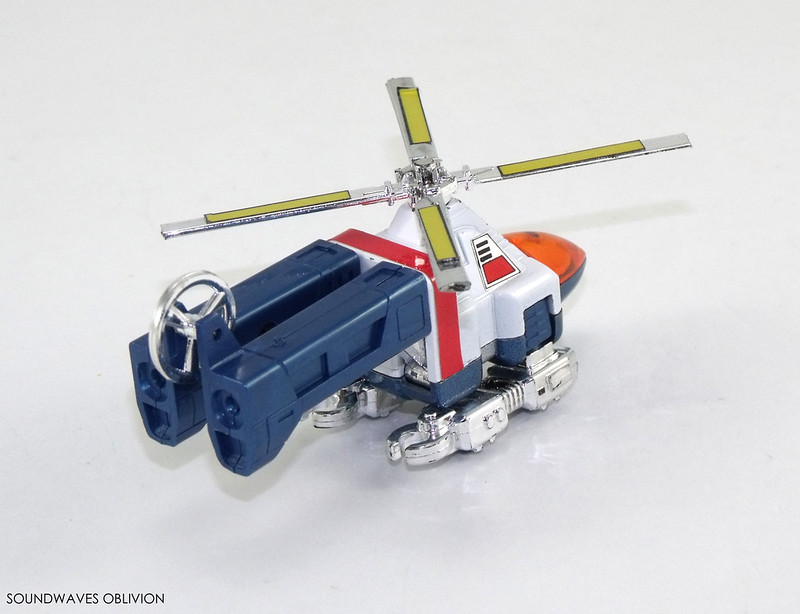 With age the legs get looser and due to the body being metal this figure tends not to stand too well, plus the arms have a habit of popping off at the shoulder when they are being moved. 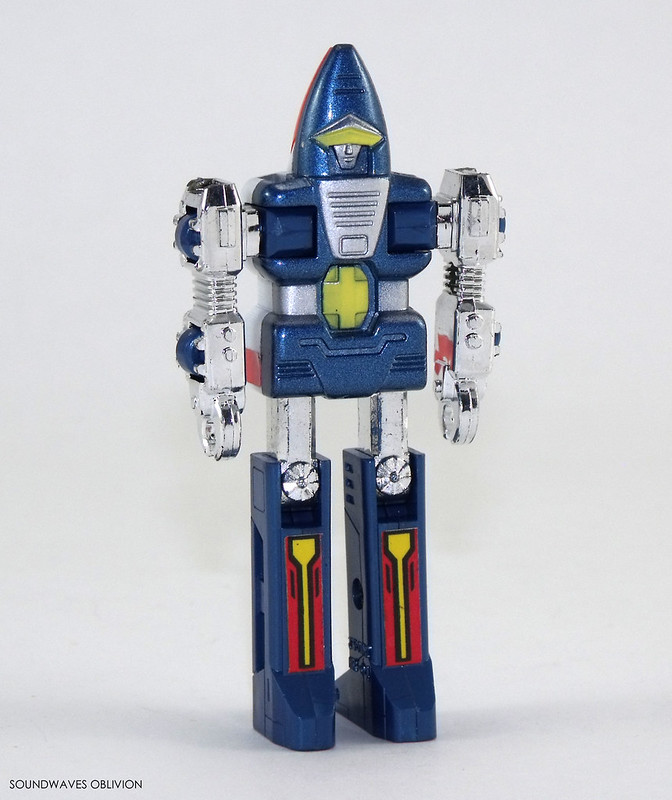 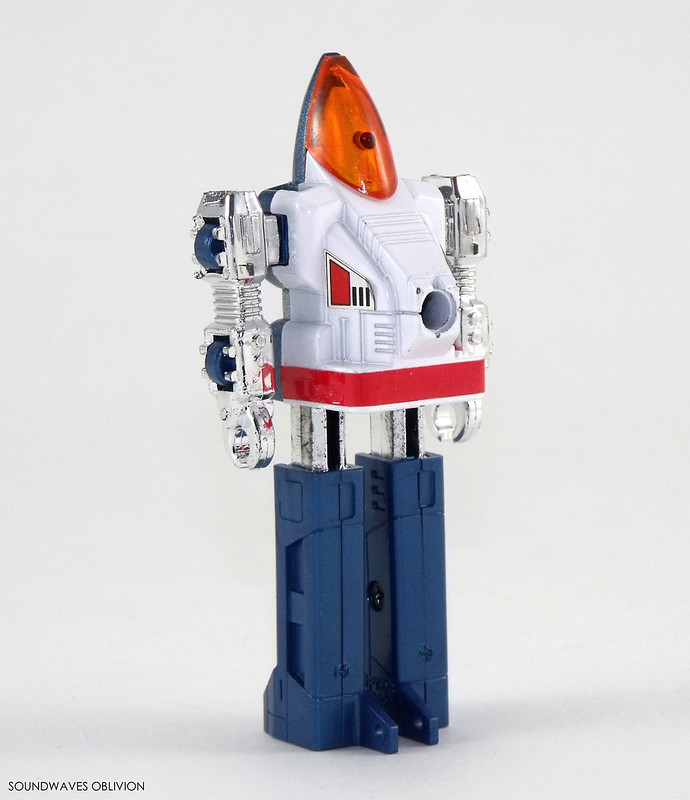 Though this isn't really comparable to the more complex Transformers of the time, its still a decent enough figure and one of the main three antagonists from the Hanna Barbera cartoon series however if you don't feel any nostalgia towards the Gobots line this is certainly not a figure to pick up. 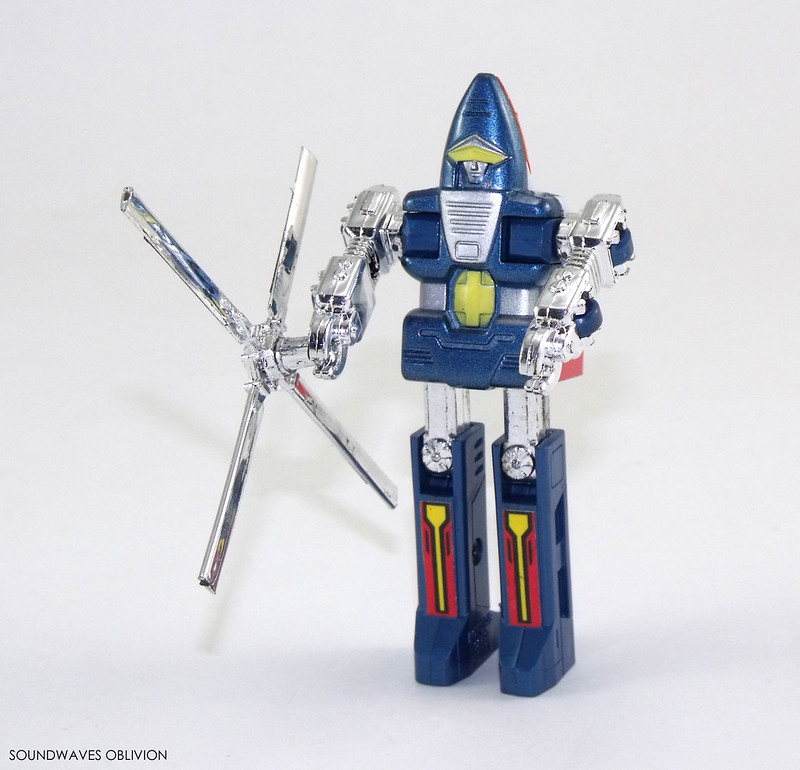 Popy was a company created by Bandai in 1971 who released the first "Gobots" under the Machine Robo 600 series. These were small die cast metal transformable figures which were sold at 600 yen each in 1982. Gyro Robo was the fourth release numbered MR-04.
Though some are correct in saying these figures pre-dated the Transformers, Takara released figures in the Diaclone line in 1982 which would be used as Transformers later on with figures such as Bluestreak, Sunstreaker, Ironhide and Skids.

Popy ceased being a subsidiary of Bandai  and was dissolved into its parent company in 1983. It was this year that Bandai reissued the original Popy Machine Robos with slightly different box art.

Bandai would later release a box set of 5 figures called "Machne Robo Best 5" for 2250 yen which included Gyro Robo but as with the other figures they were slightly repainted. In Gyro Robos case, he was grey instead of blue.

Bandai had tried pushing out the Machine Robo line to Western consumers renaming the toy line to Robo Machines and Machine Men but they didn't really catch on until North American toy company Tonka saw promise with the line. Much like Hasbro did with the Transformers, Tonka created a a story line around the toys which appealed to their consumers and commissioned a cartoon from Hanna Barbera and released the line in 1983. With the new Gobot toyline, Gyro Robo was renamed Cop-Tur and was identical to its initial release by Popy in 1982.

The majority of the early Gobots were reissued the following year in 1984, the only difference is they now came with a hologram sticker.

Robo Machines were a toyline directly from Bandai for the European market, it is from this line that my Cop-Tur / Helicopter originates. As with the Tonka Gobots these were identical to Bandais original releases with slightly different names. As the Gobot line became more popular, the Robo Machine line started printing "Challenge of the Gobots" directly on the packaging to associate with Tonkas brand. Around 1993, the Robo Machines had a lukewarm comeback with may moulds being reissued.

This was the short lived line sold in North America and Canada imported by a Canadian company called Leisure Dynamics. As far as I know there were only 6 figures released, one of which being Cop-Tur though in this line he was called Copter Man and designated the number 04.

Similar to Robot Machine Men, this line was distributed by Bandai Australia and was more successful than the North American & Canadian line. Cop-Tur was again called Copter Man 04. The Machine Men branding was even added to the Gobots cartoon to maintain consistency with the toy line.

When Tonka was acquired by Hasbro in 1991, Hasbro now had access to the Gobots name and characters, however not the original toys as these are still owned by Bandai. In 1995, Hasbro used the name Go-Bots in the Generation 2 toyline and later on started using the actual character names. In 2010 as a Transformers Collectors Club exclusive, Hasbro released Dion with Mini-Con Cop-Tur as a repaint of the Deluxe Generations Armada Hot Shot and Jolt figures. Other than this release, Cop-Tur is yet to make a further appearance in the Transformers toy line.