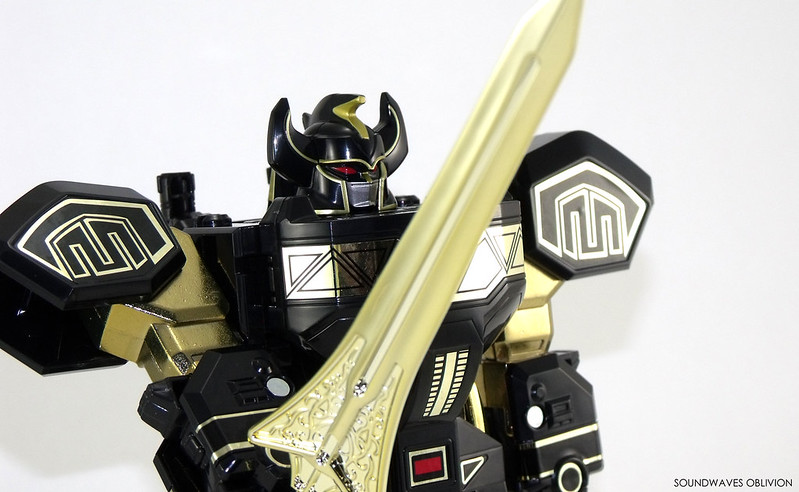 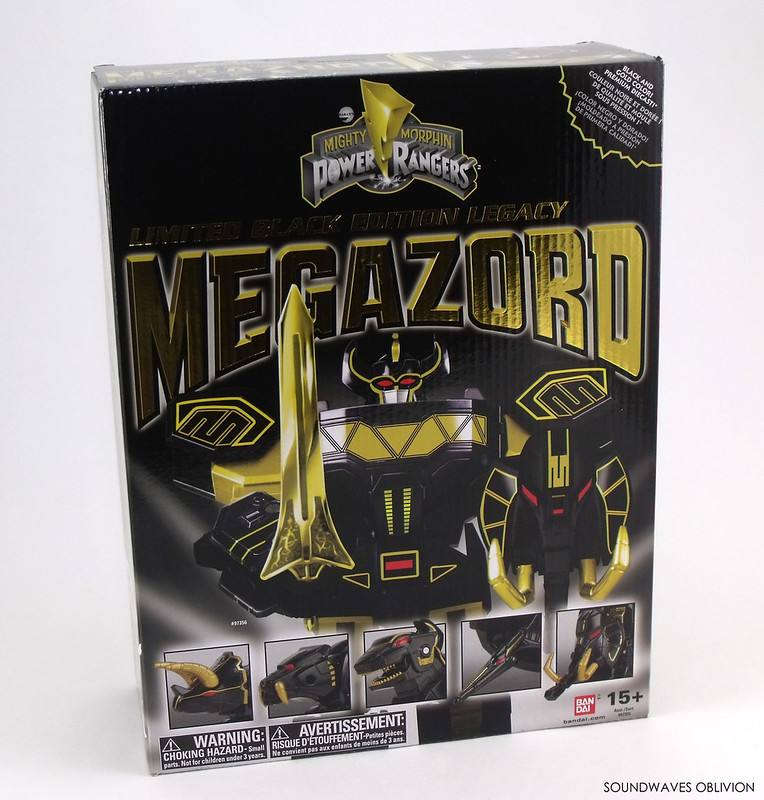 Before the Transformers toy line began started releasing black repaints which started with Beast Wars Second Black Lio Convoy in 1998, Bandai released the Special Edition Megazord in black and gold colours in 1994. Much like the original Megazord, the early versions came with a sharp gold chromed sword, later versions had blunt swords and were matt gold.


Using the updated Megazord mould, Toys R Us released the Black Edition Legacy Megazord in 2015 which was first available to purchase at the 2015 San Diego Comic Convention at the Entertainment Earth booth. Other than its colouring, this release is identical to the standard Legacy Megazord. In my opinion the Legacy Black Megazord has an improved colour palette over the origina black versionl, the head is now black with gold trim and the die cast parts such as the arms and thighs are now gold. 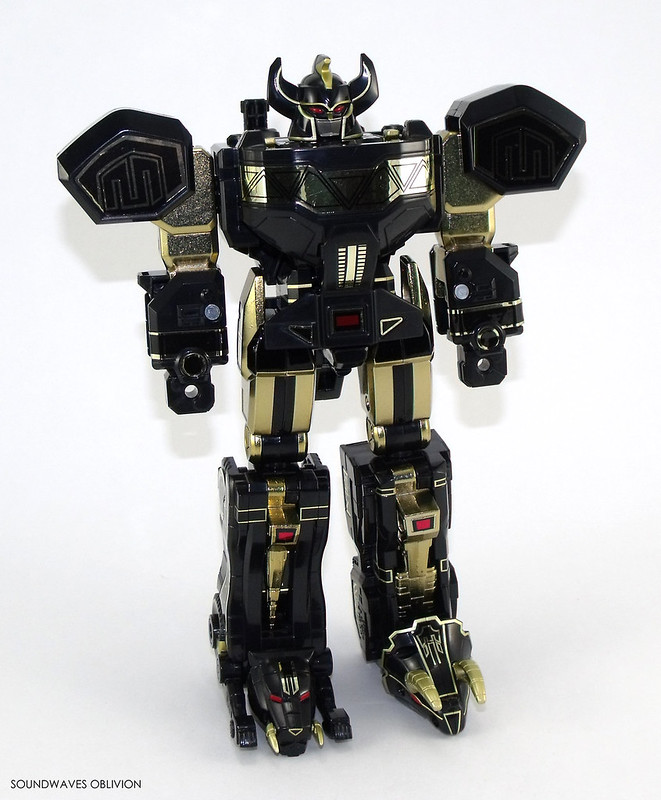 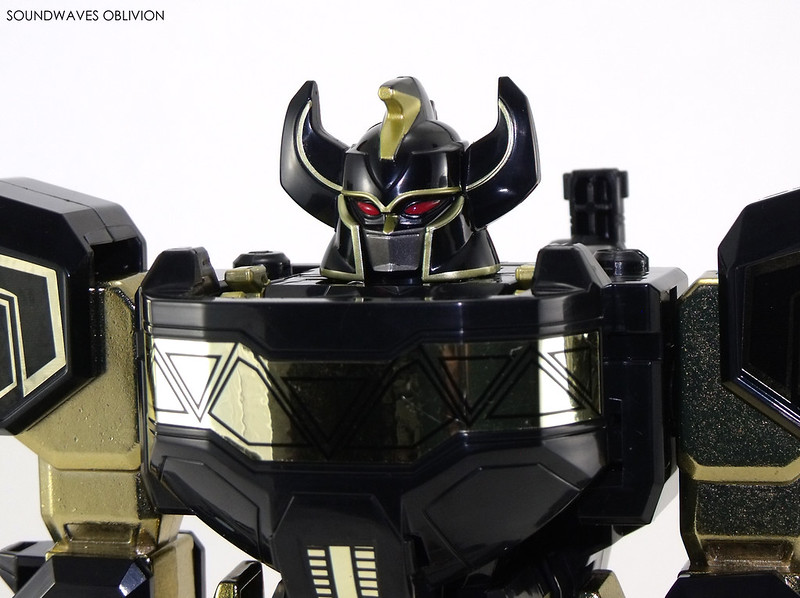 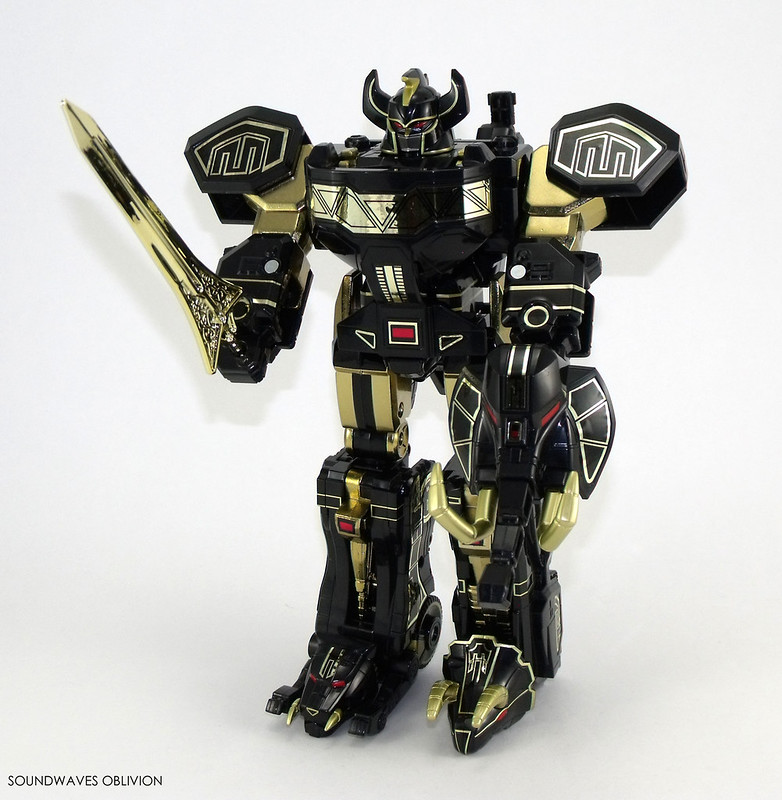 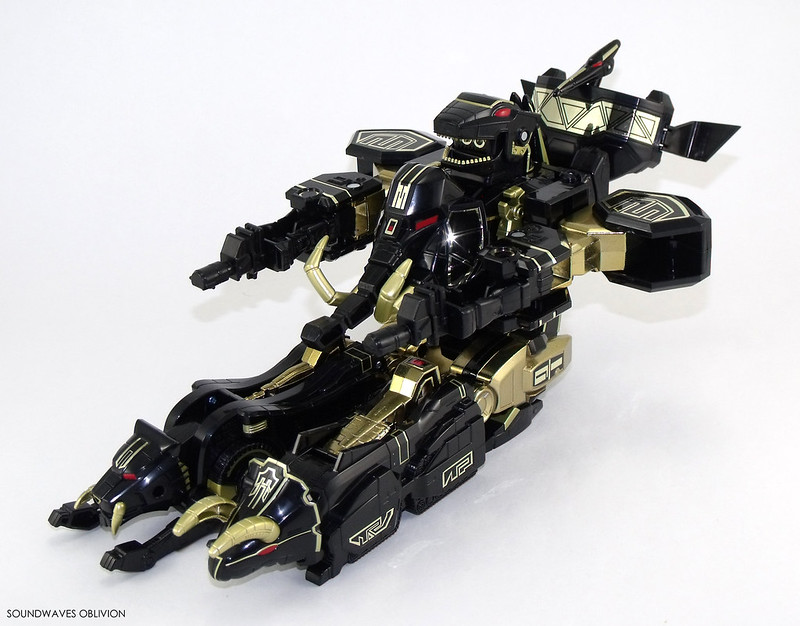 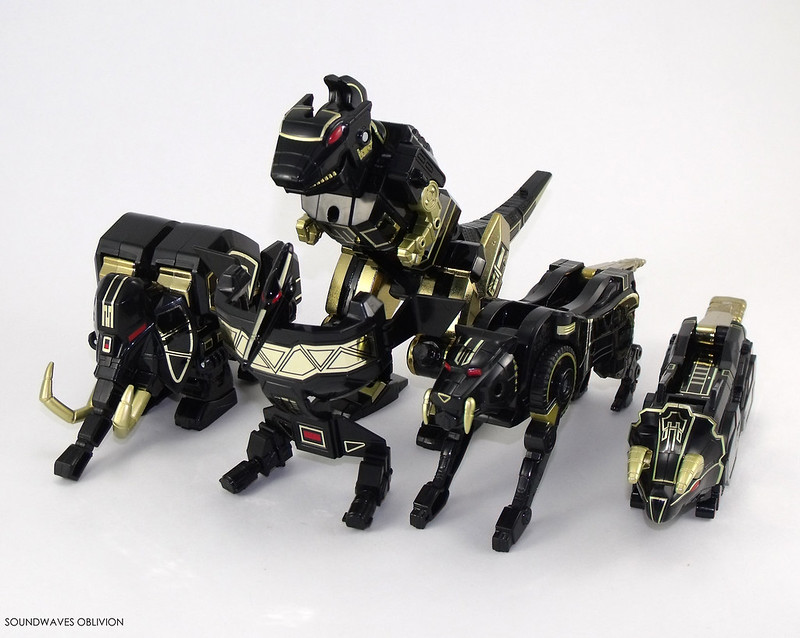 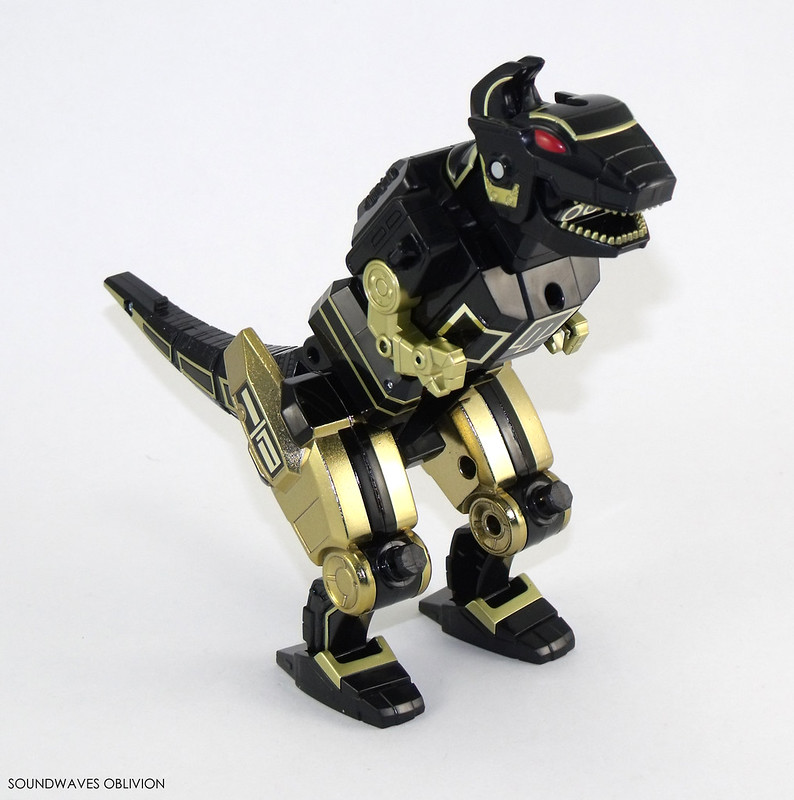 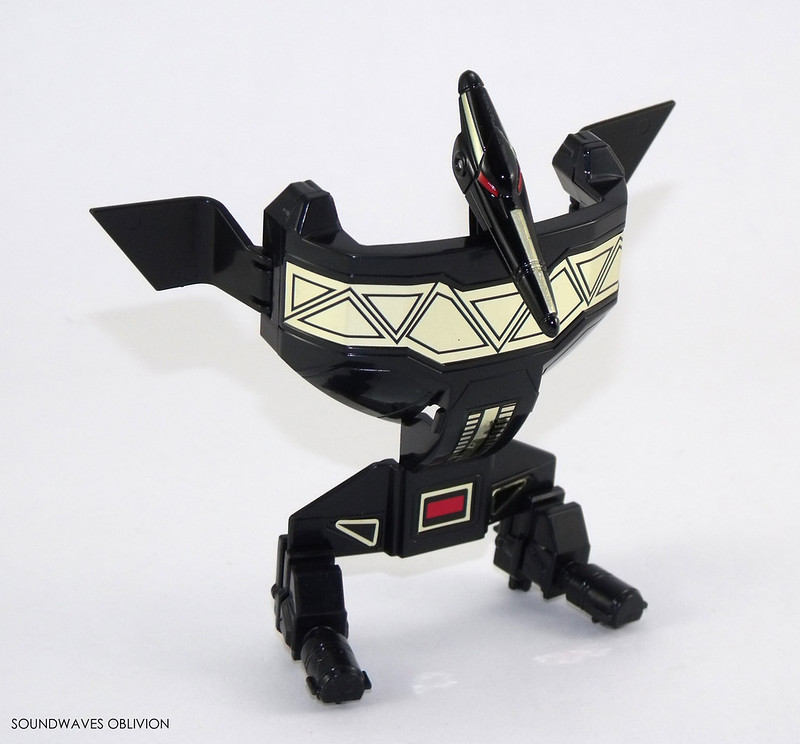 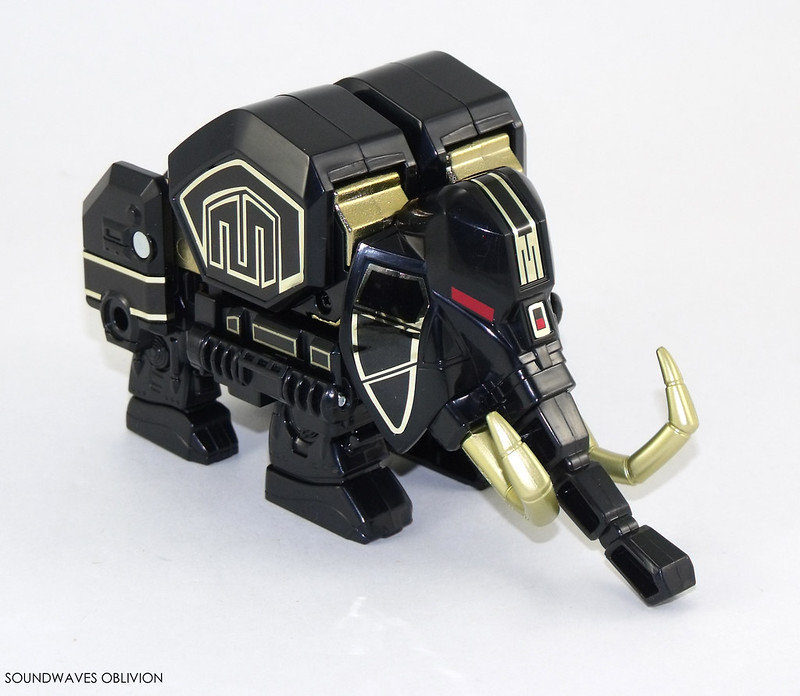 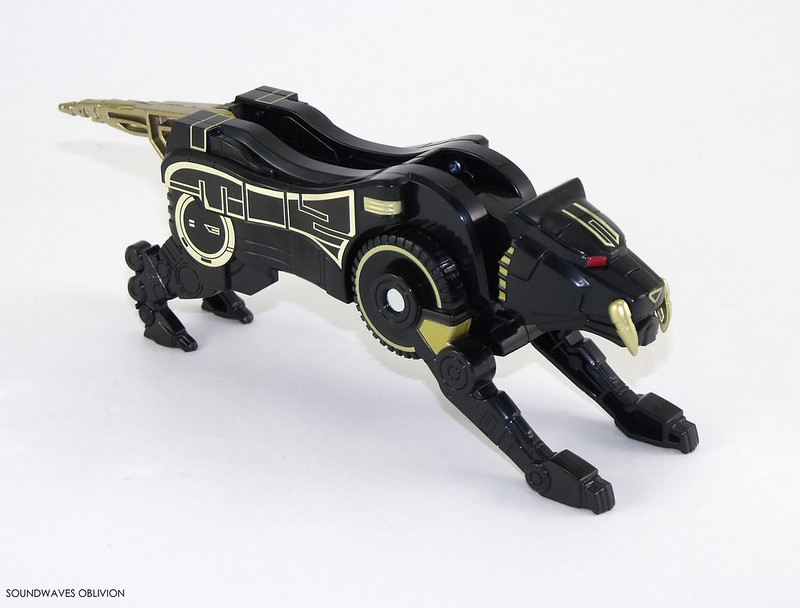 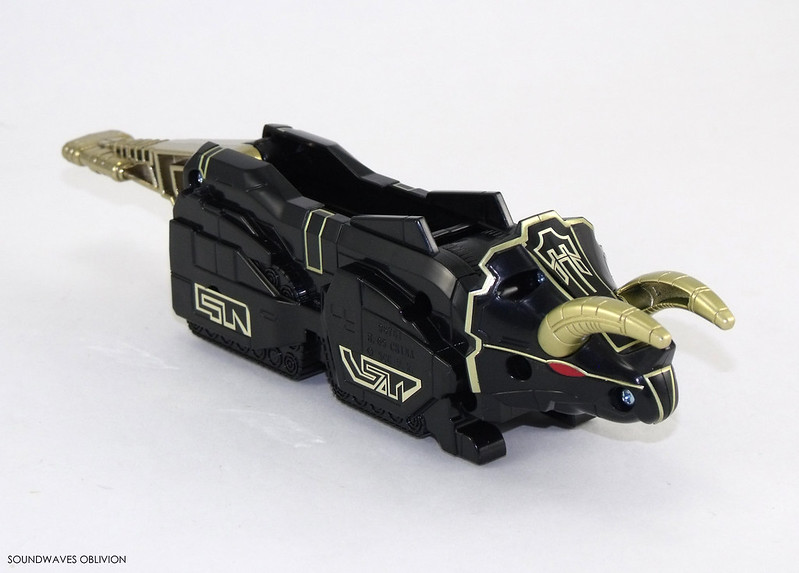 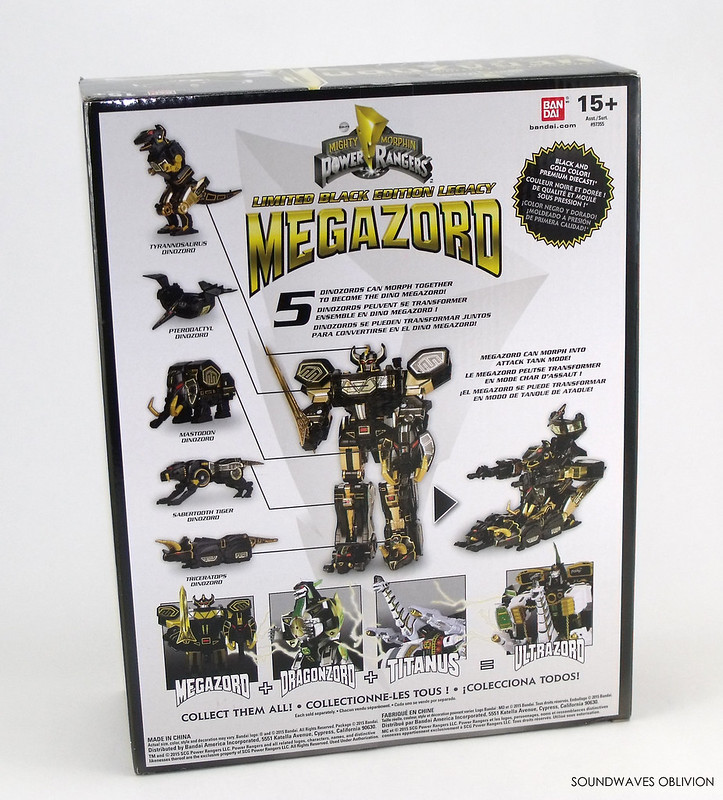