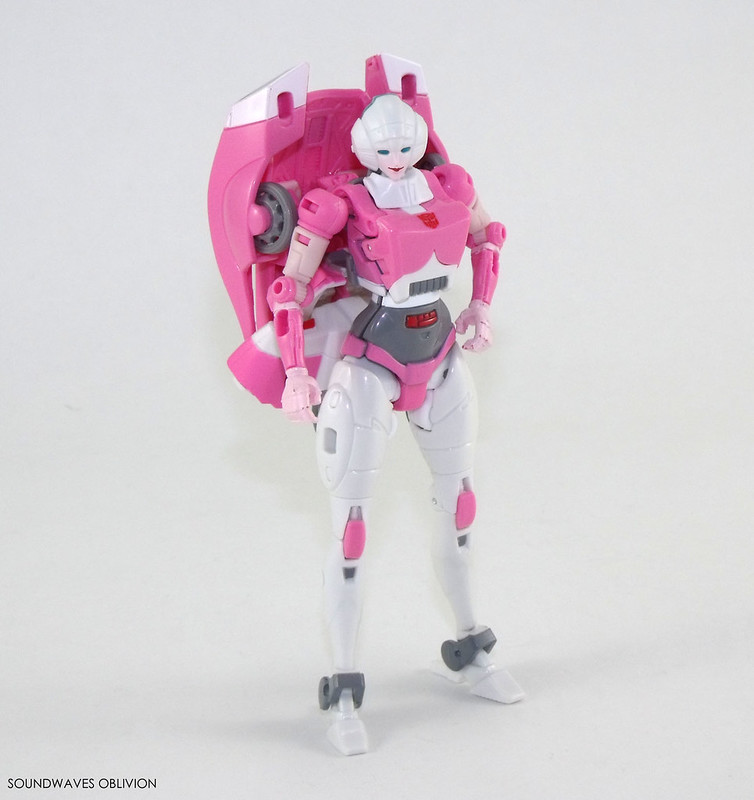 (Profile translated from the instruction manual)
LG-10 Arcee
Warrior
Profile
Don’t judge her strength on appearance alone, Arcee's presence is enough of a threat for her enemies. An angel amongst her companions, but a devil to her enemies. She vows to defeat her opponent's no matter the cost. This belief, combined with her combat and psychological training has turned her into the perfect hunter.
STR...8; INT... 6; SPD... 8; END... 5; RNK... 5; CRG... 7; FBL... 7; SKL... 9 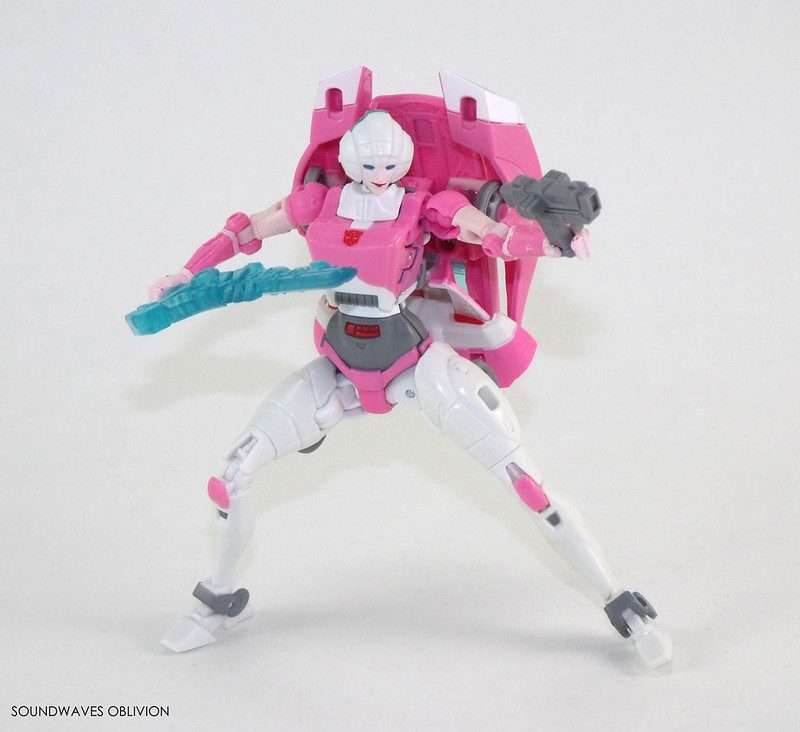 The Legends Arcee is near identical to Hasbros release in 2014 (article here), however in line with the more cartoon accurate theme that Takara usually take, this version of Arcee is a faithful representation from her appearance in the 1980's cartoon. This is a welcome change but this is where it ends for me, well at least with my version of the figure. 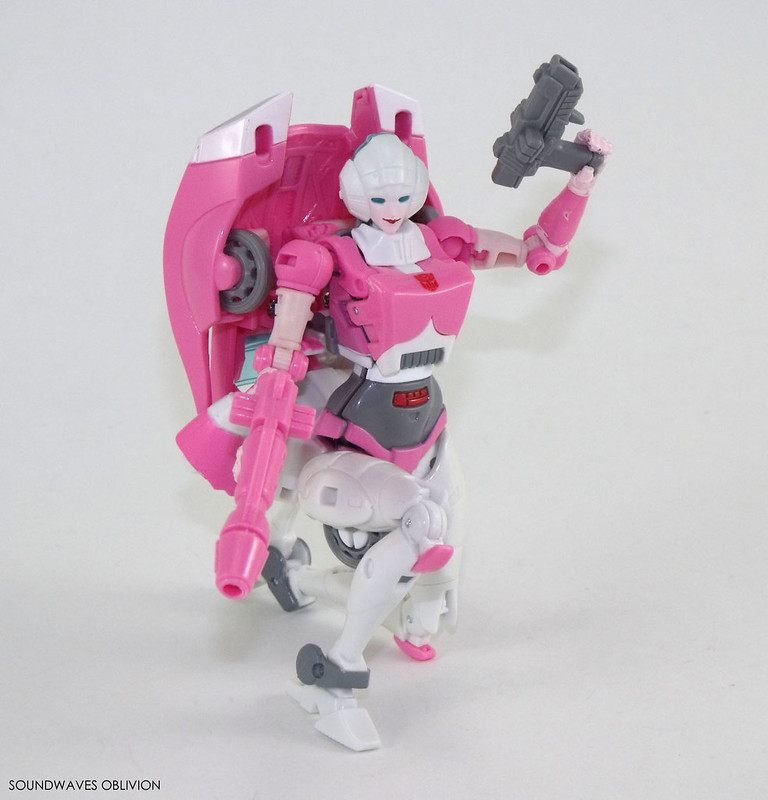 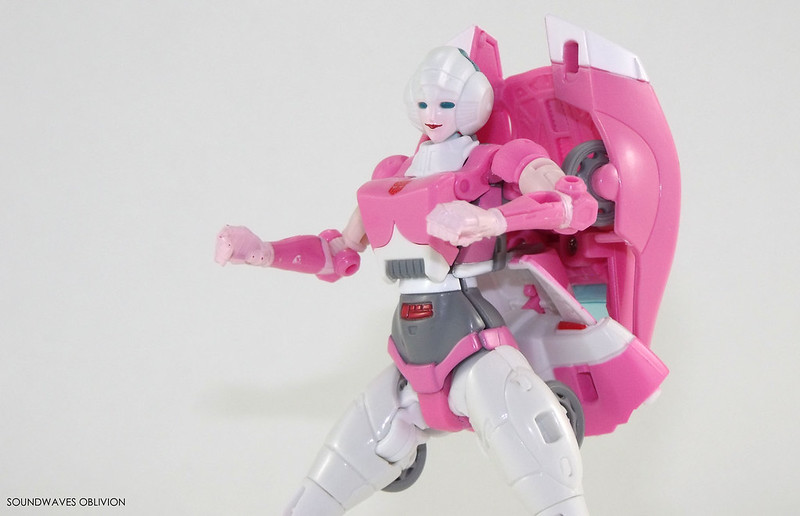 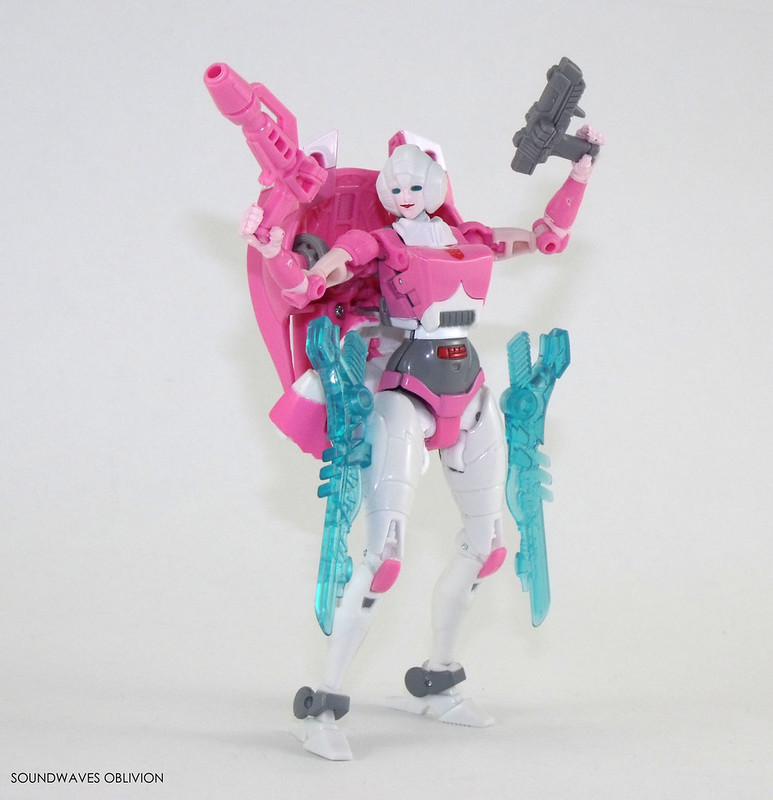 The fists have been remoulded so the guns and blades can be pushed all the way through as they could with Hasbros version. The overall feel of the figure also feels a bit cheaper and when transforming into vehicle mode the spoiler keeps popping out slightly. The guns and blades also struggle to peg into the holes on the legs. These annoyances aside, the figure does look go in both robot and vehicle mode. Again these issues may just be with my figure, so I'd still recommend it over Hasbros figure. 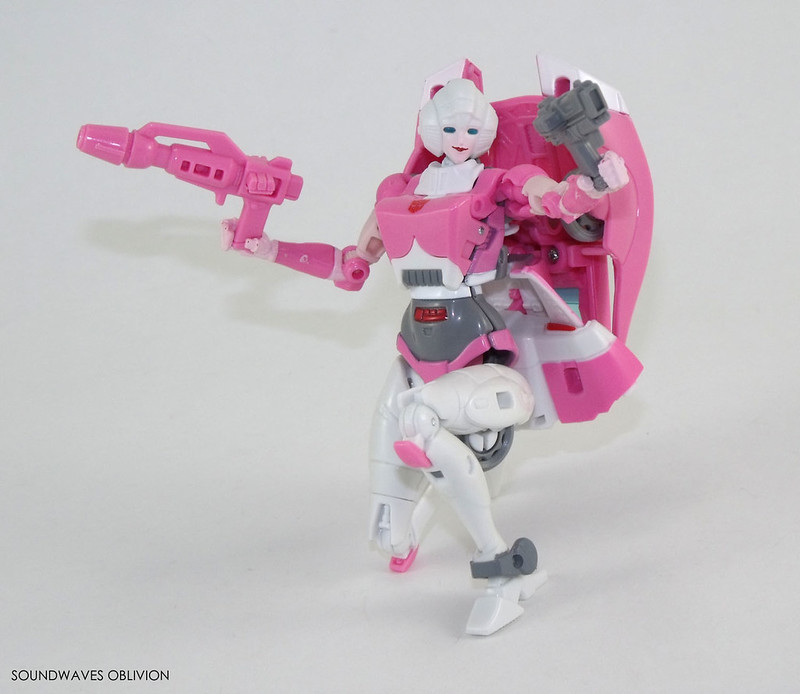 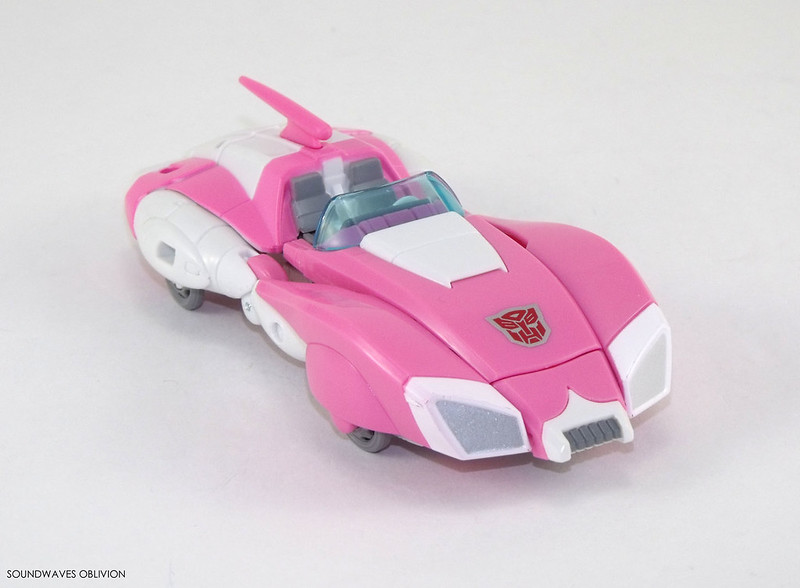 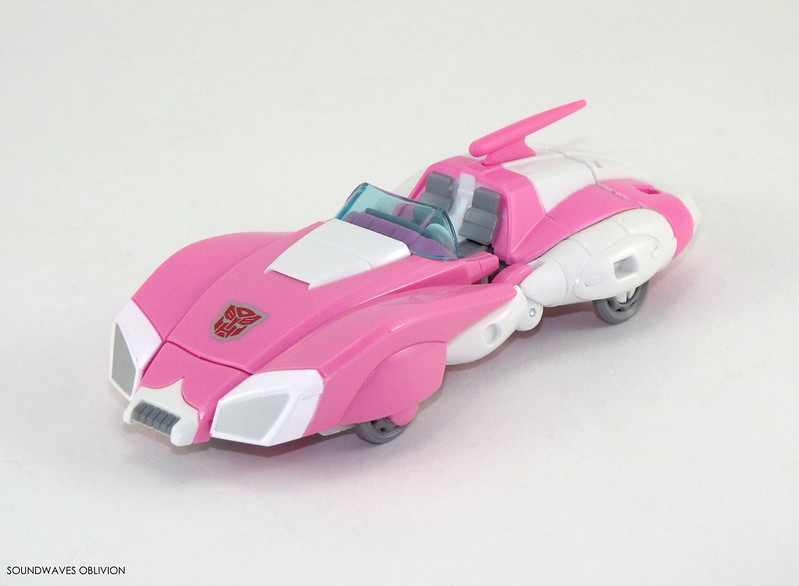 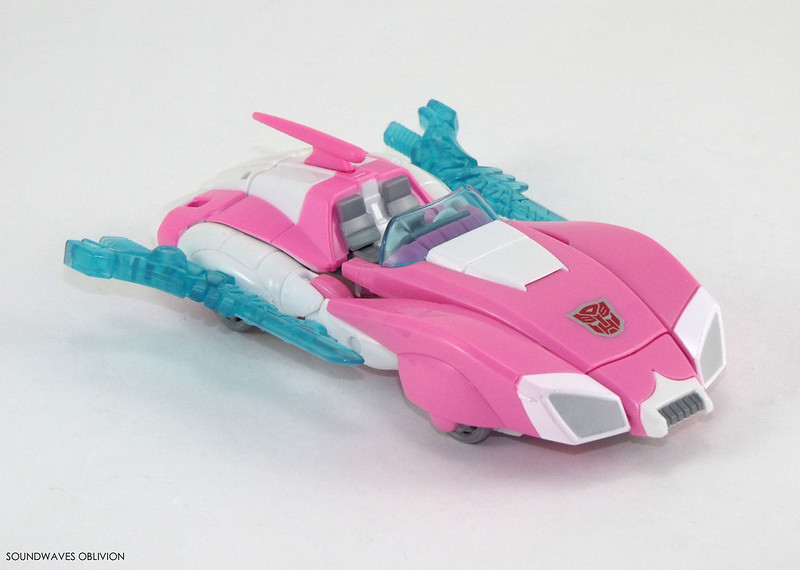 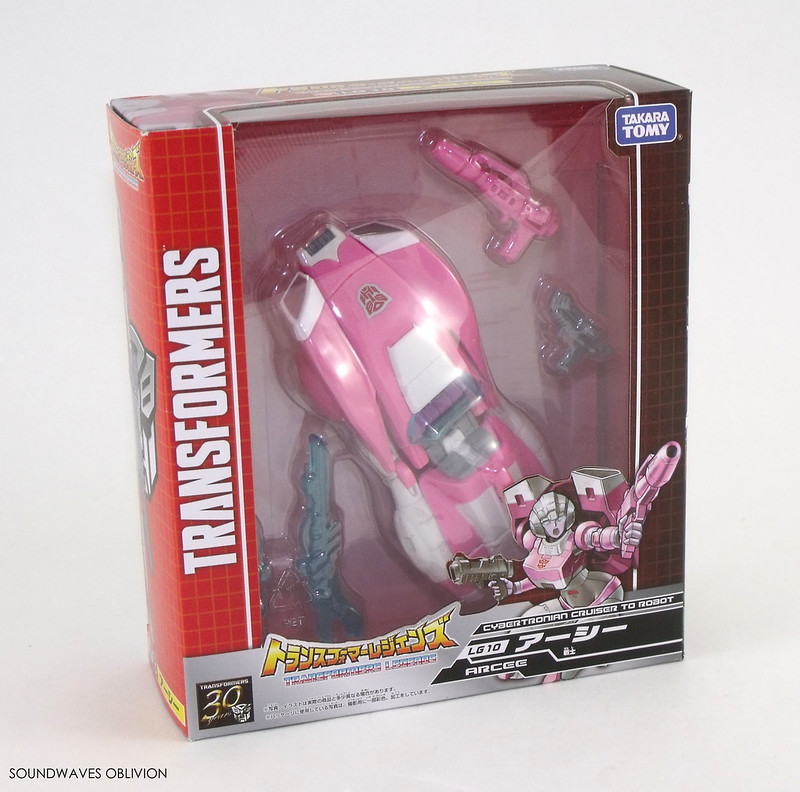 This version of the mould has also been used for the Decepticon LG-15 Nightbird Shadow, and compared to LG-10, Nightbird feels like a solid premium figure, its just a shame about the remoulded fists. 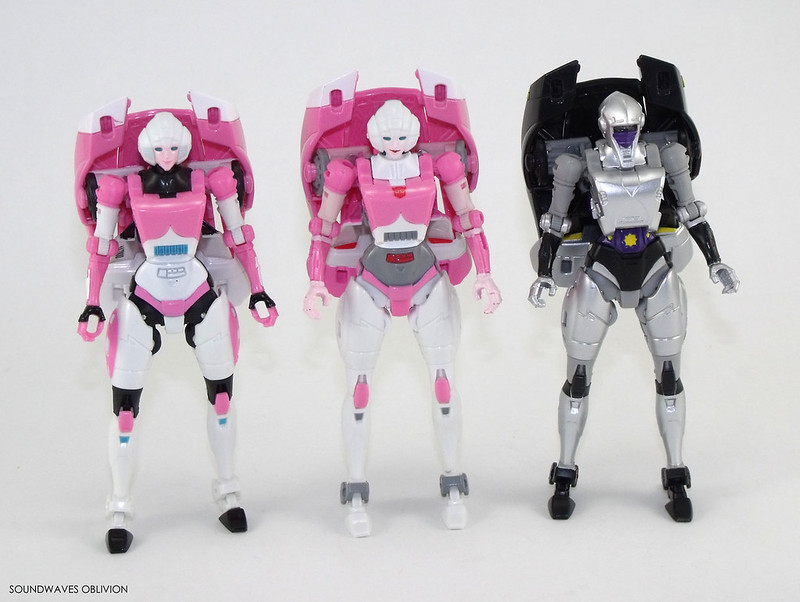 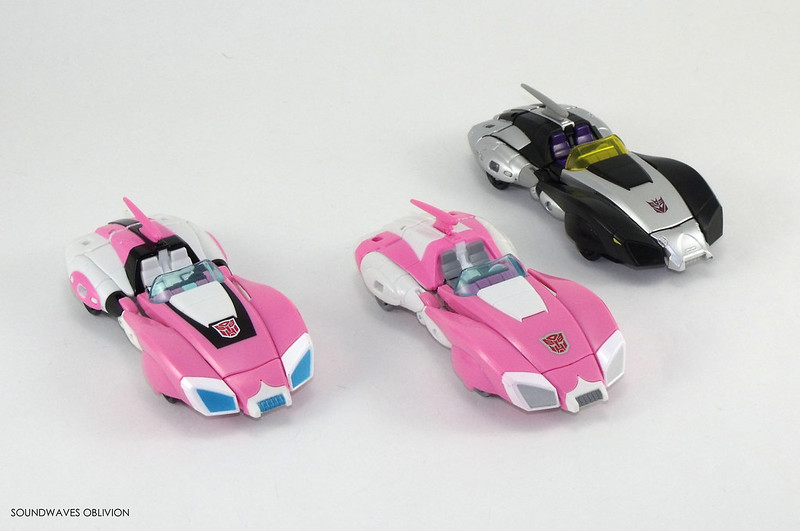