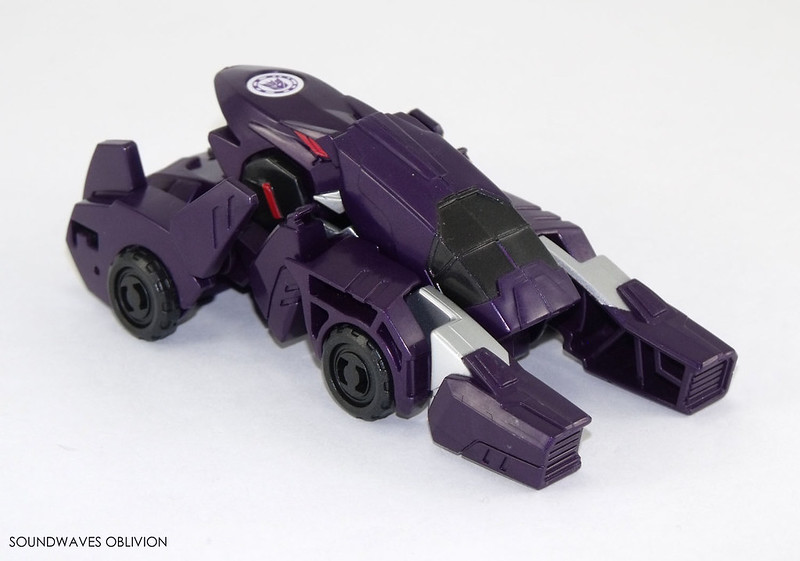 Function: Guard Dog
Profile
Underbite escaped with the rest of the Decepticon warriors. In vehicle mode uses his acceleration power to repel enemies and can instantaneously transform into beast mode allowing him to quickly move around. As Steeljaw the Decepticon Captain led the prison break, Underbite will follow his orders without question, pouncing on any target.


The One Step Changer Underbite was one of three Decepticons released under the "Robots in Disguise" banner in 2014 (the other 2 being different versions of Steeljaw). Following the more beast design of the Decepticons, Underbite is a 4 legged robot "dog" or Chompazoid that transforms into a futuristic looking car. 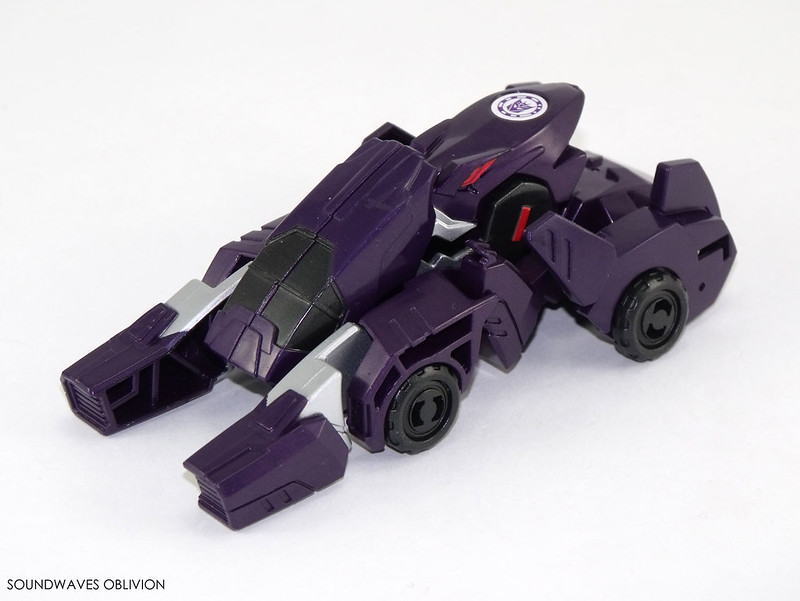 To transform the figure you squeeze both rear wheel sections inwards to automatically transform into the robot mode. Though this should be a simple figure this transformation can be flawed as the inner workings tend not to lock in place when changing from a car to a robot. With mine I've found this happens after the robot legs have been repositioned, if you get them in the exact position the transformation locks in place. 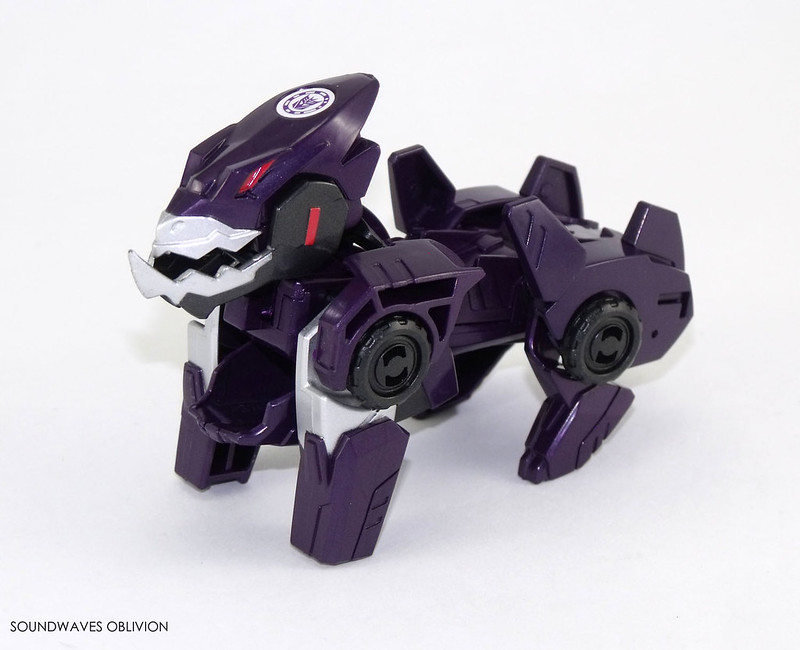 In robot mode there isn't much posability as you'd expect from a simple figure. All 4 legs can be moved up and down and the jaw is on a spring with a lever on the back of the head. Its a shame about the transformation issue otherwise this would have been a good rounded simple figure, I'd recommend getting the Legion class figure instead, plus it's cheaper. 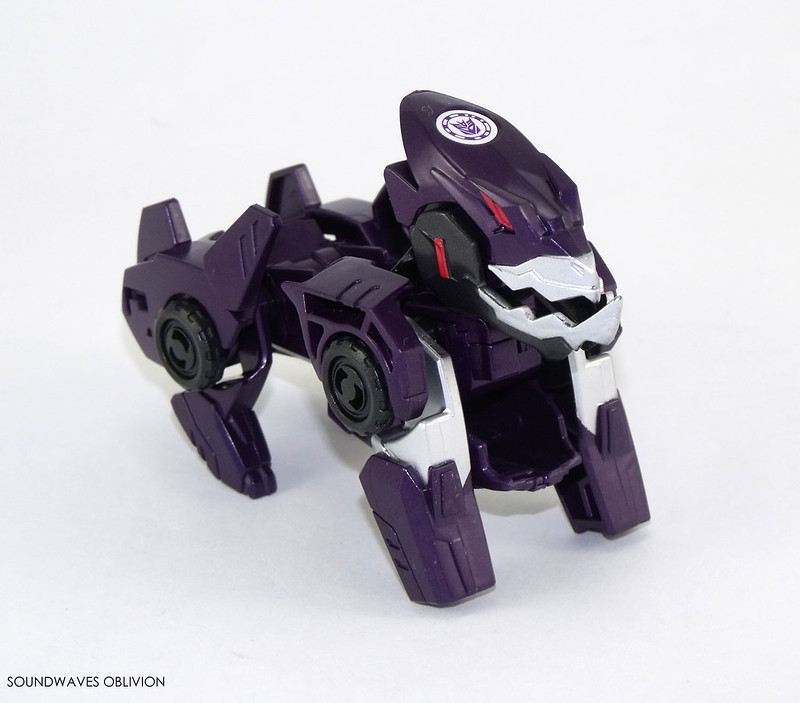 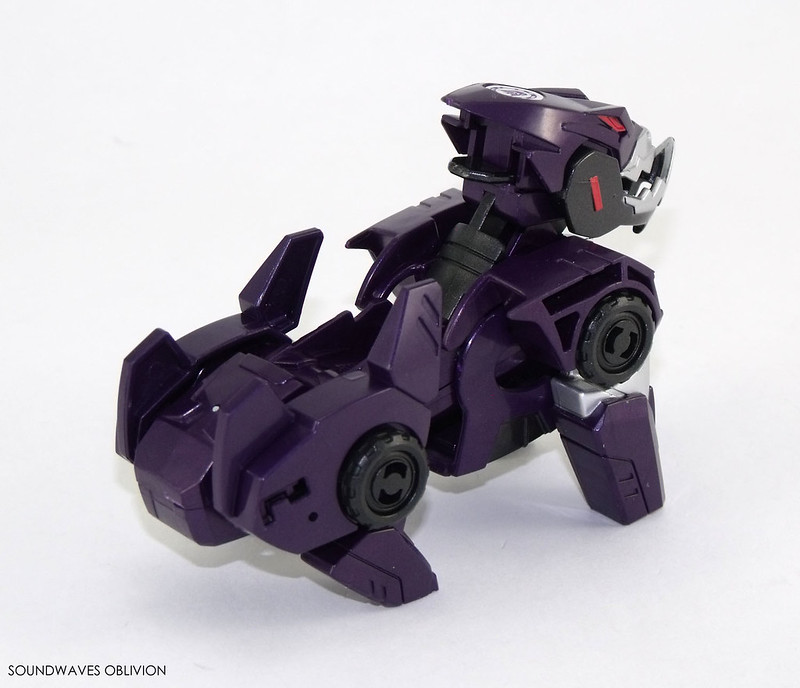 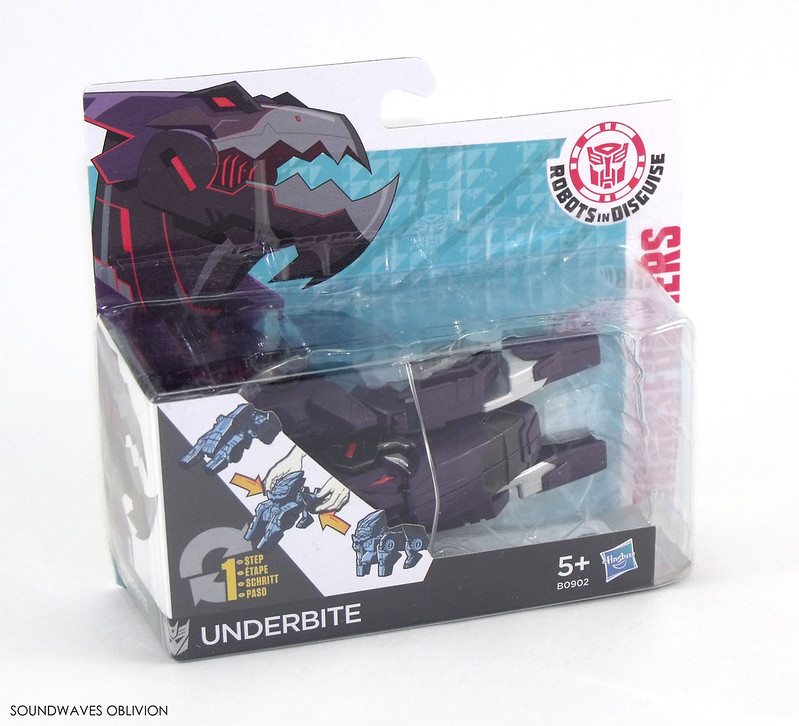