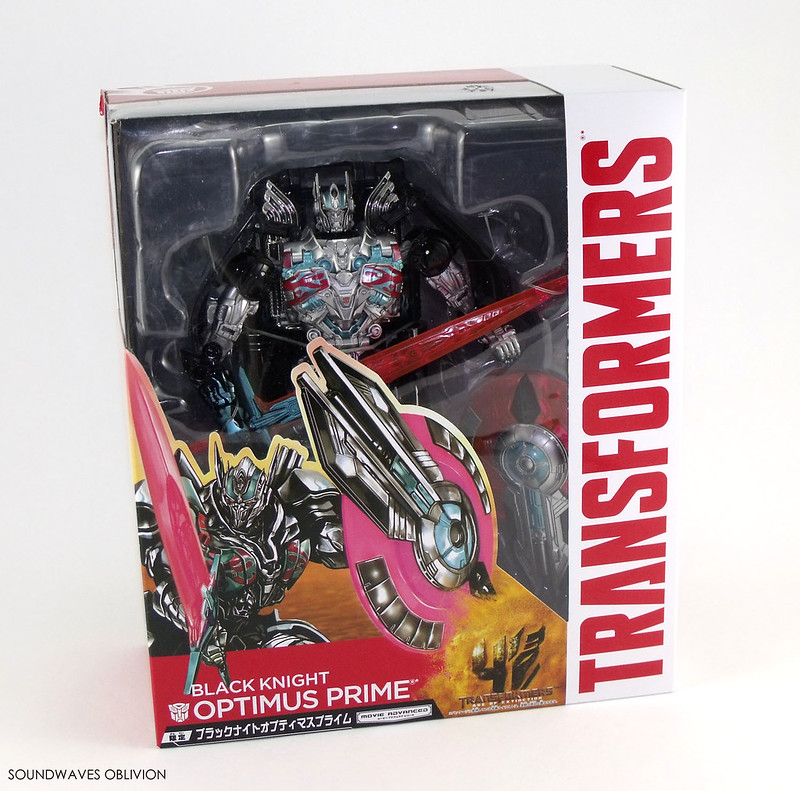 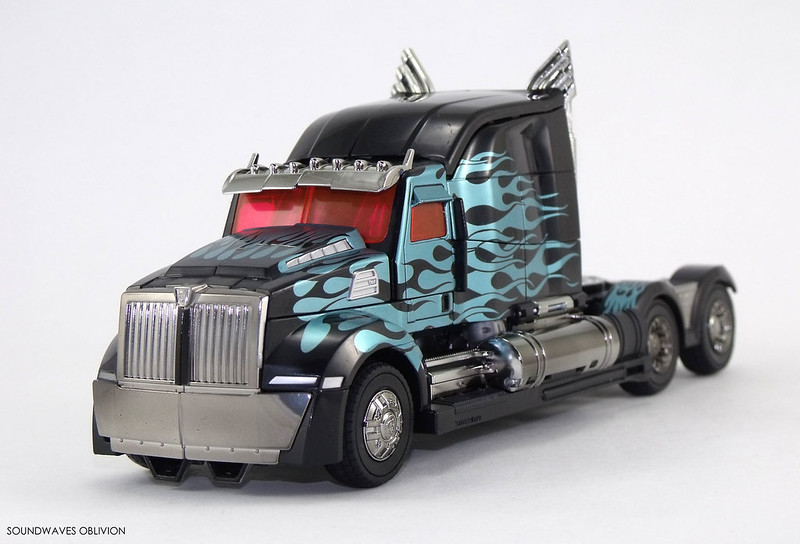 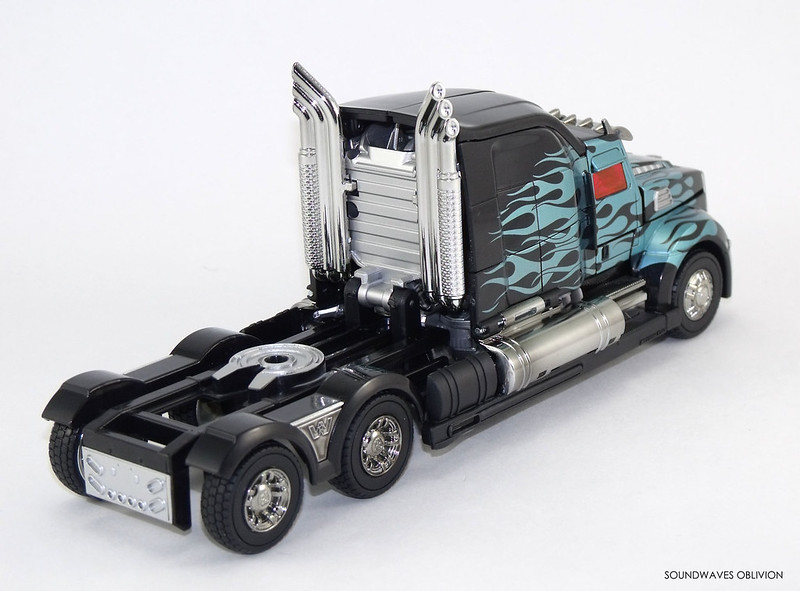 Released August 2015 as a Toys R Us Exclusive after everyone thought the Age of Extinction line was done, this figure follows the "Black Knight" themed exclusive repaints of some of the Dinobots. 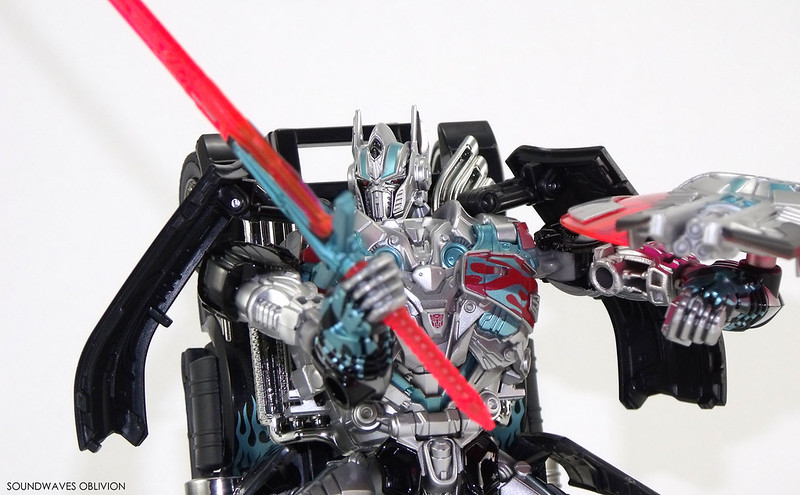 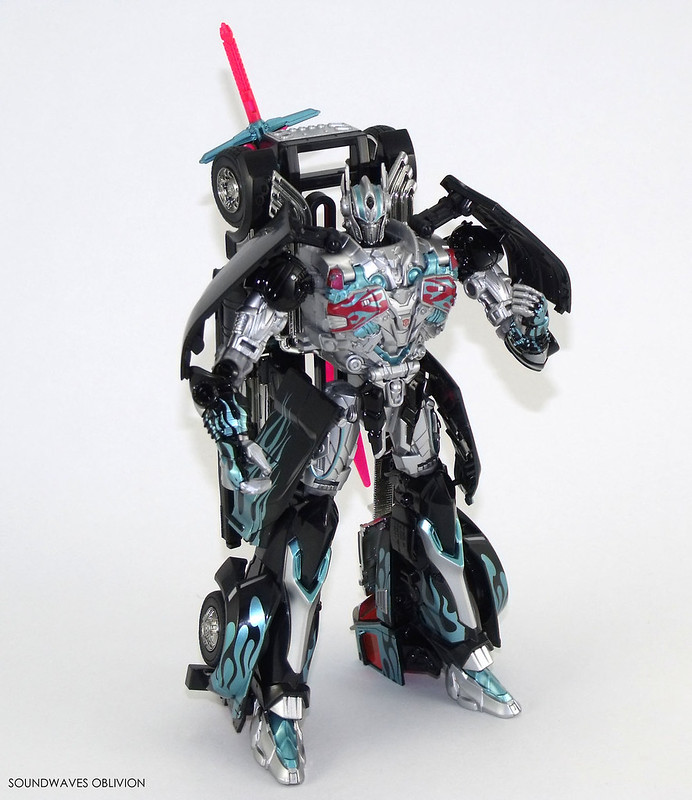 Black Knight Optimus Prime shares the AD-31 Armor Knight Optimus Prime mould, though by no means perfect it is an improvement on the original leader class figure. Although a few mould and colour changes make a big difference, compared to the Revenge of the Fallen leader class figure it still falls short; however this figure has an enjoyable and less tedious transformation. 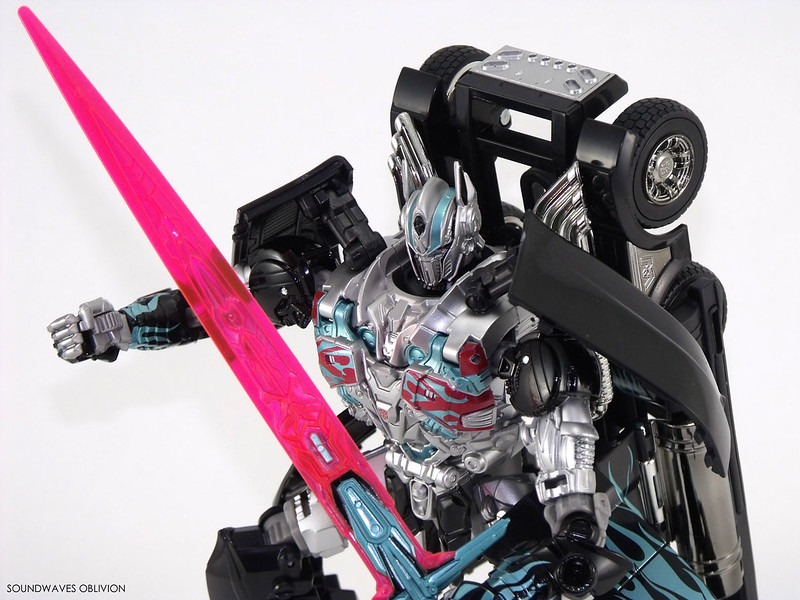 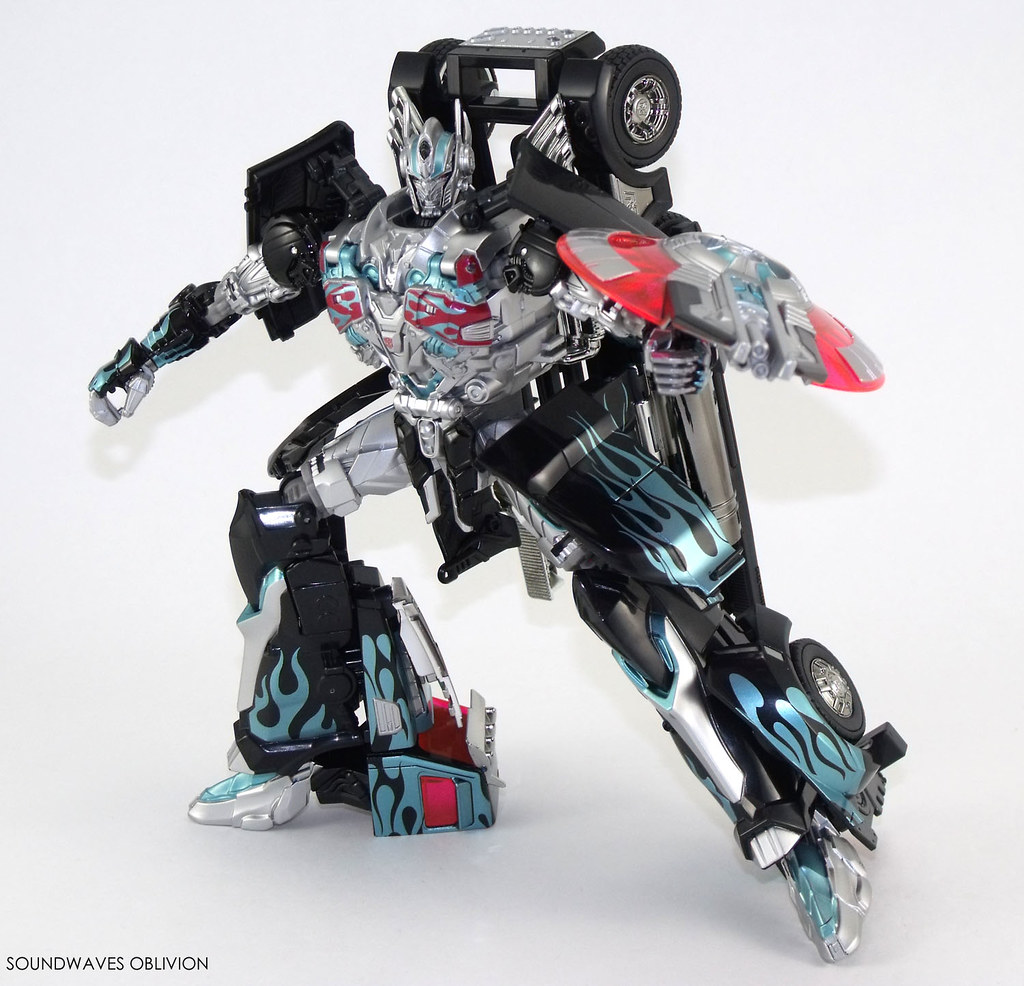 The main changes with this mould from the original leader class figure are:- 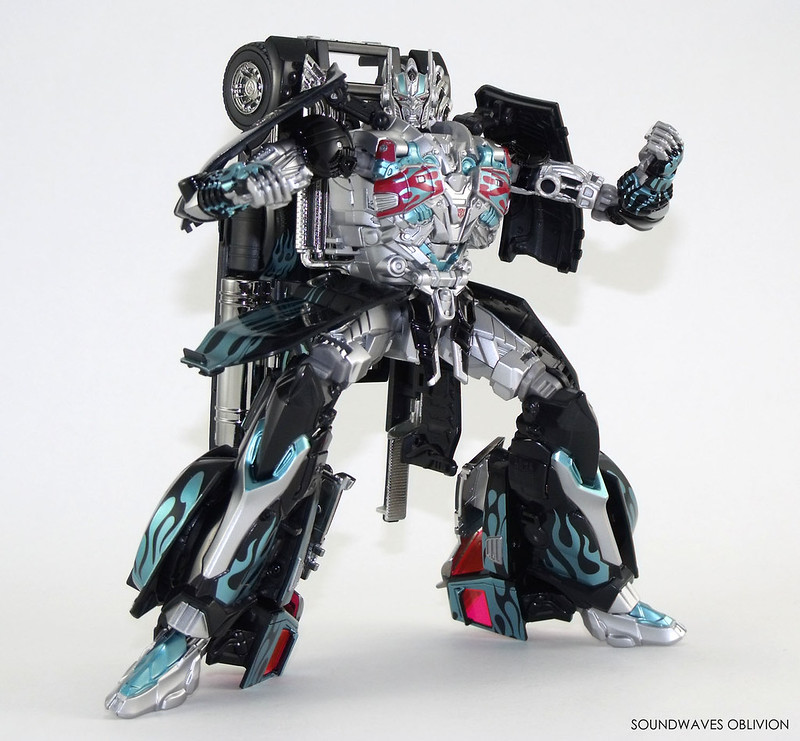 The black repaint follows in the tradition started in 1998 with Beast Wars Second Black Lio Convoy (Toys R Us exclusive & a Comic Bom Bom lucky draw exclusive) with black, teal and silver being the primary colours.  I'm surprised the figure was released as an Autobot considering the bio implies this is a dark / opposite version. 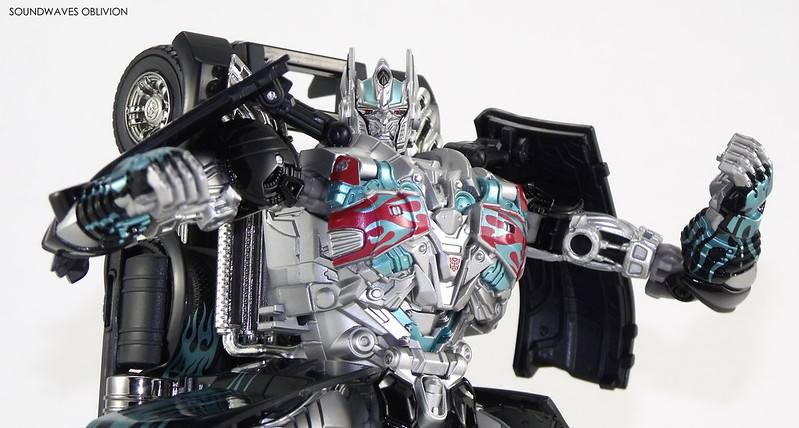 I would recommend this figure, only if you don't already have the original leader class figure, although the mould changes do add a marked improvement, I couldn't say it justifies the cost and storage space of buying another. 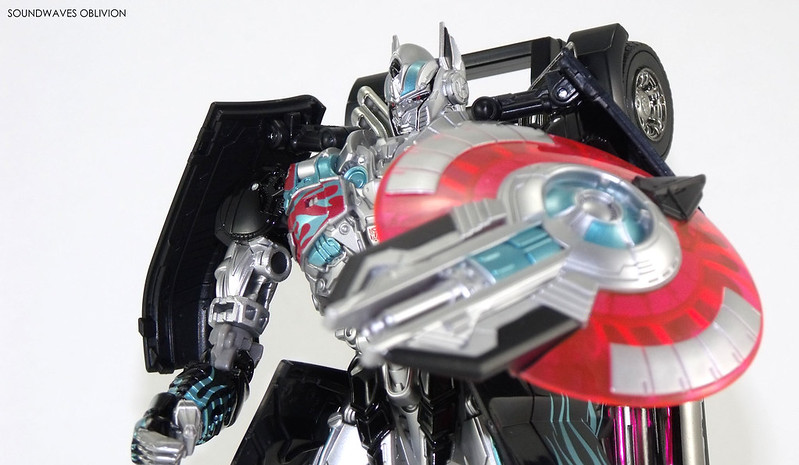 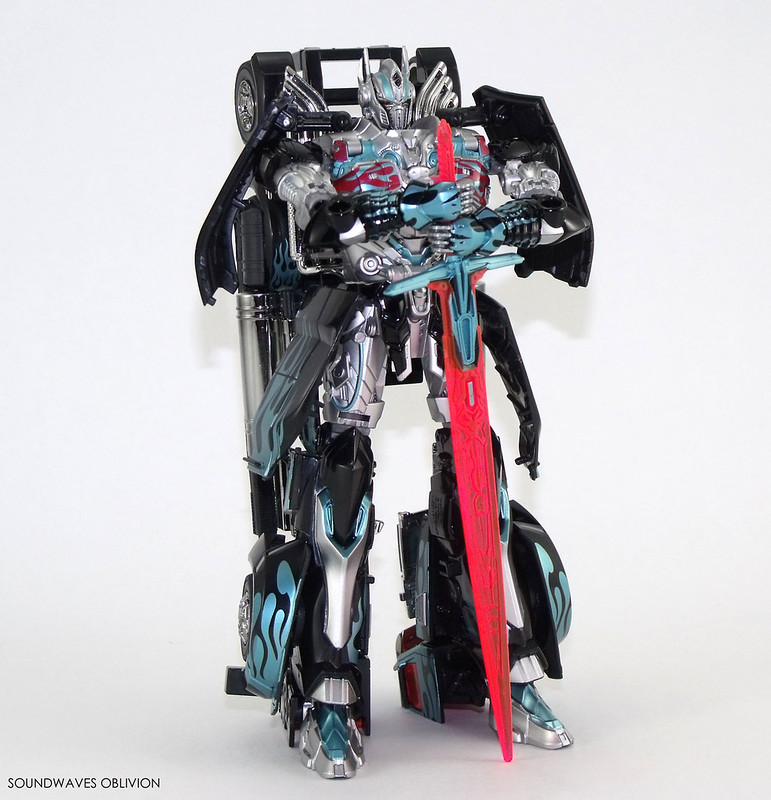 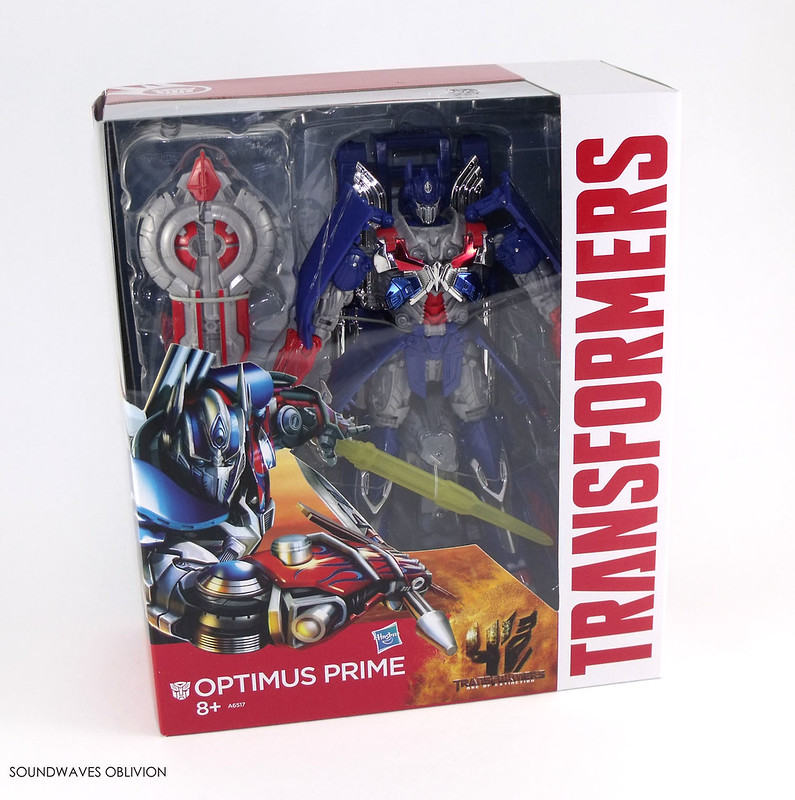 View the full gallery on flickr here.
Posted by Jeremy Barlow at 21:45