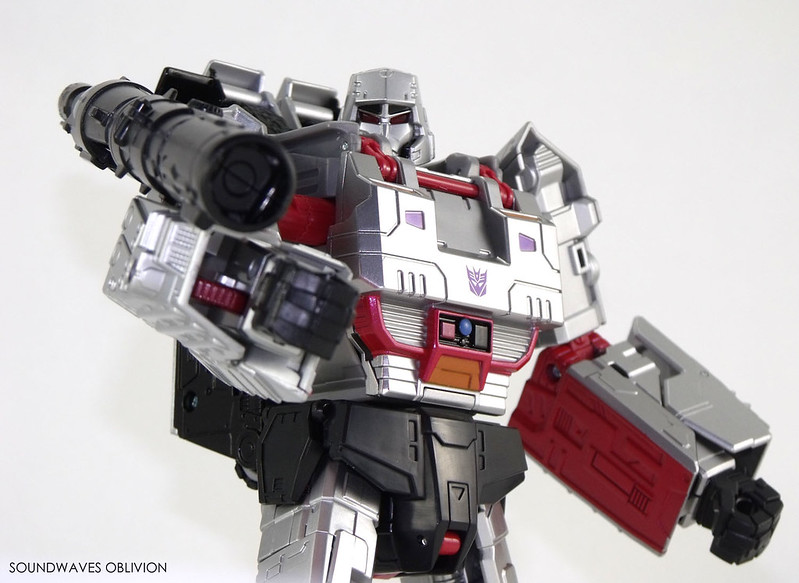 There was a time when the name of Megatron was honored by many across Cybertron. But power inevitably corrupts, and none are so powerful as mighty Megatron. Long ago, he forgot he was a hero, and became nothing more than a tyrant. The war he launched eventually drained his home planet of life. Not even the death of a world could satiate his hunger for conquest. 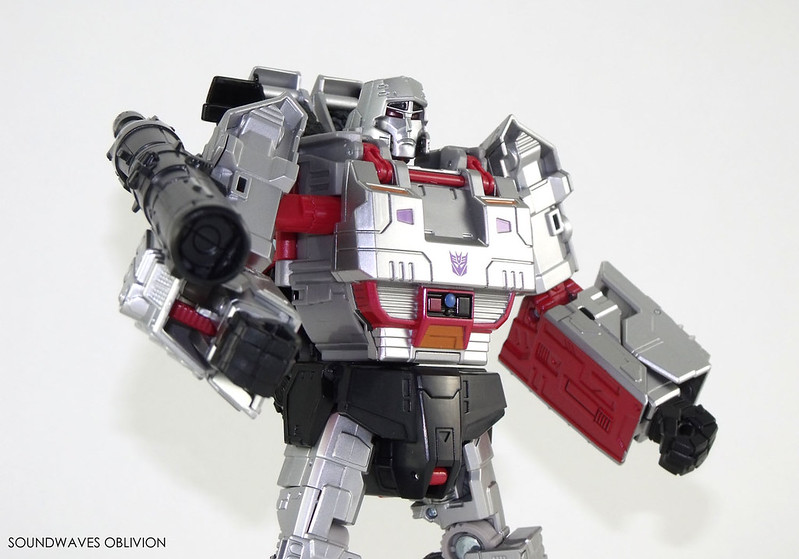 The Combiner Wars Megatron is possibly the best larger Megatron figures released. Robot mode is a homage to Megatrons original G1 incarnation. The head sculpt improves on the Masterpiece version and the side of the legs has a design similar to guns hand grip, just as the G1 version. My only gripe with the figure is I'd say the fusion cannon is too long however it can be rotated around to give the look of the original gun. Megatrons waist does swivel however the "backpack" hinders the movement. 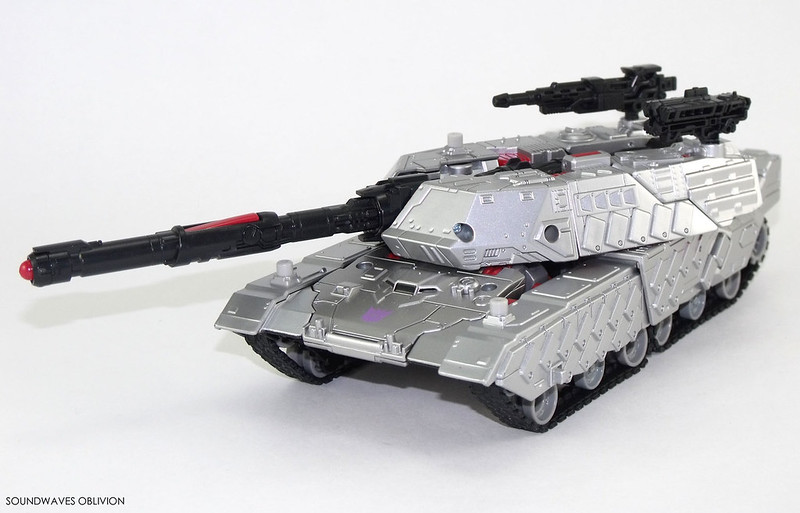 In alternate mode he is now a tank which has come to be Megatrons accepted alternate mode since Generation 2. Possibly the best feature though simple is the rotating turret - impressive seeing as it can rotate given that the turret is Megatrons arms. The gun itself has no movement because of the transformation. 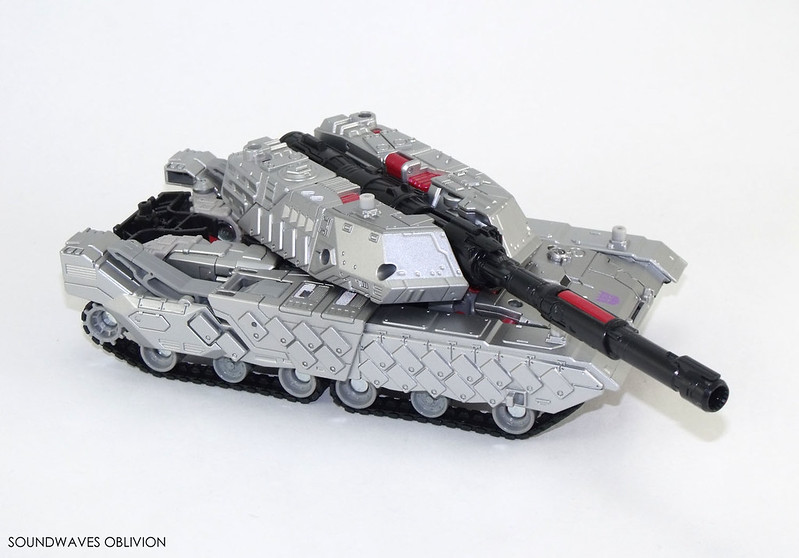 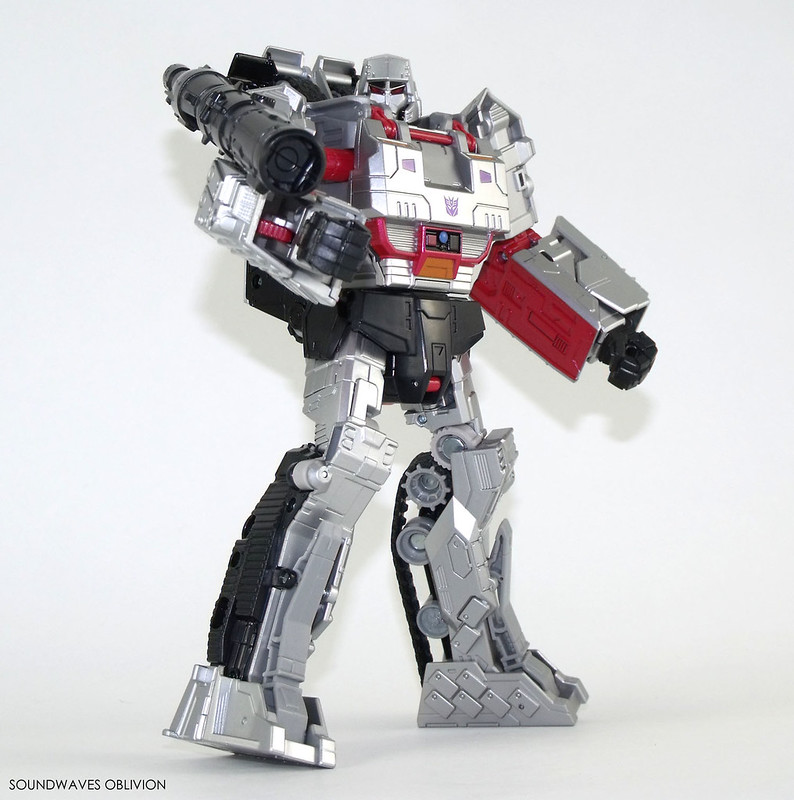 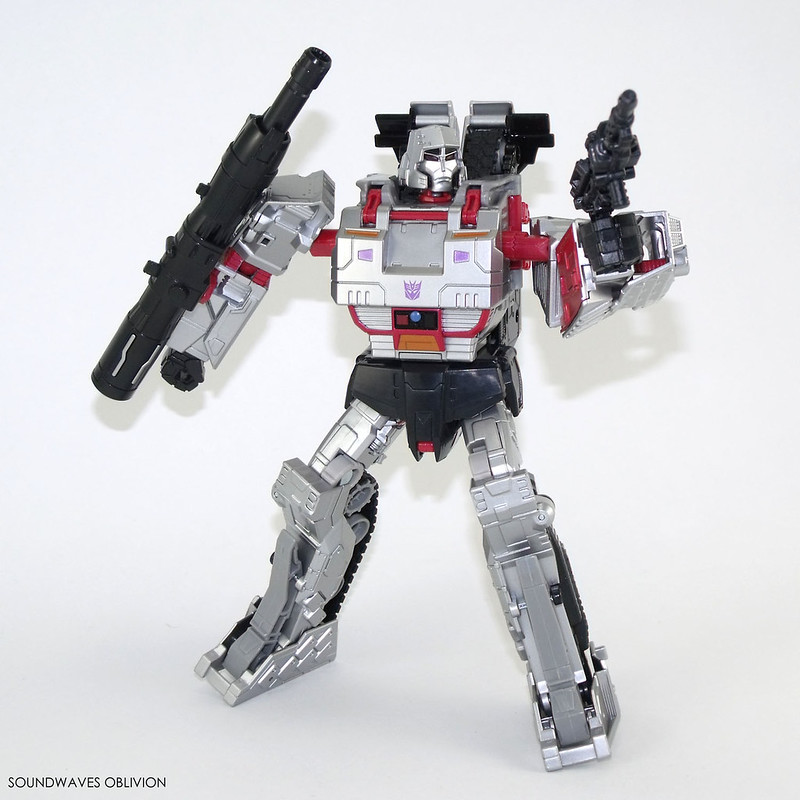 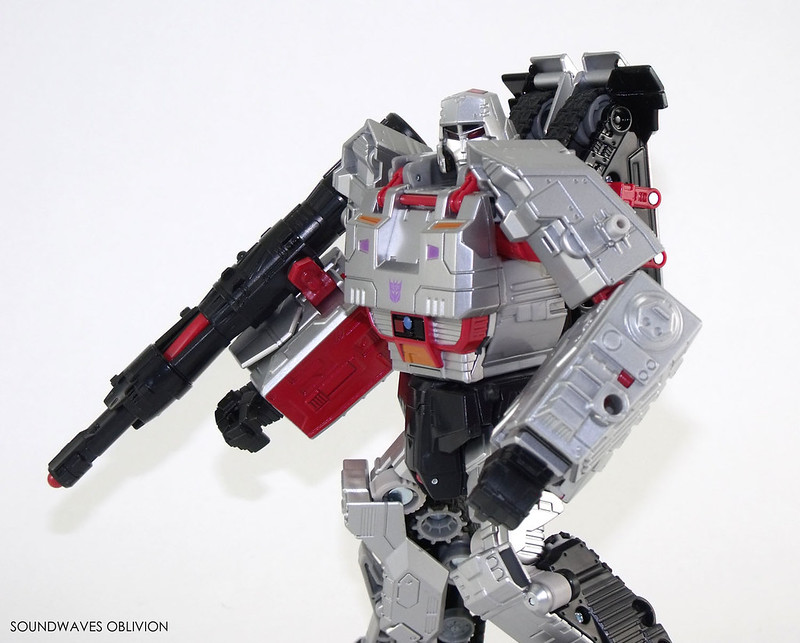 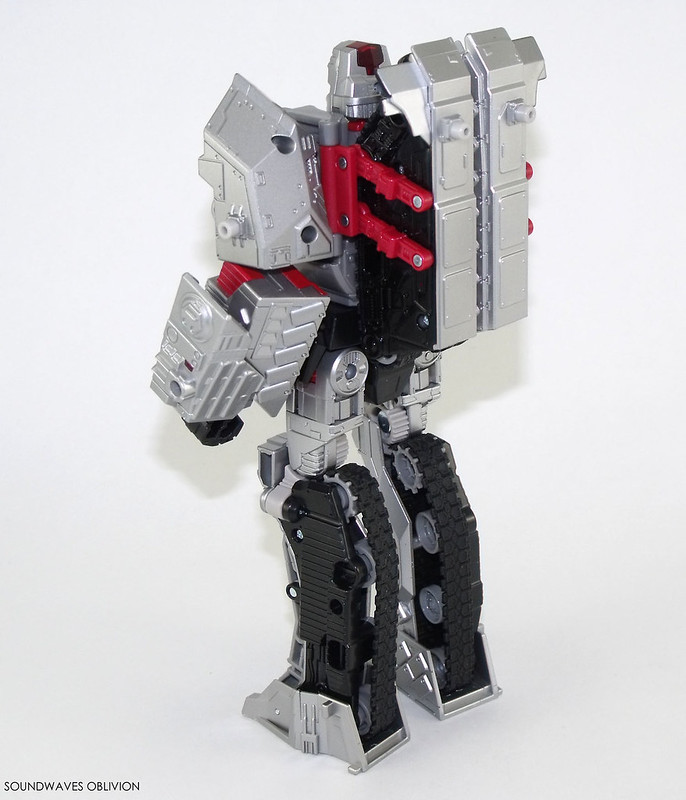 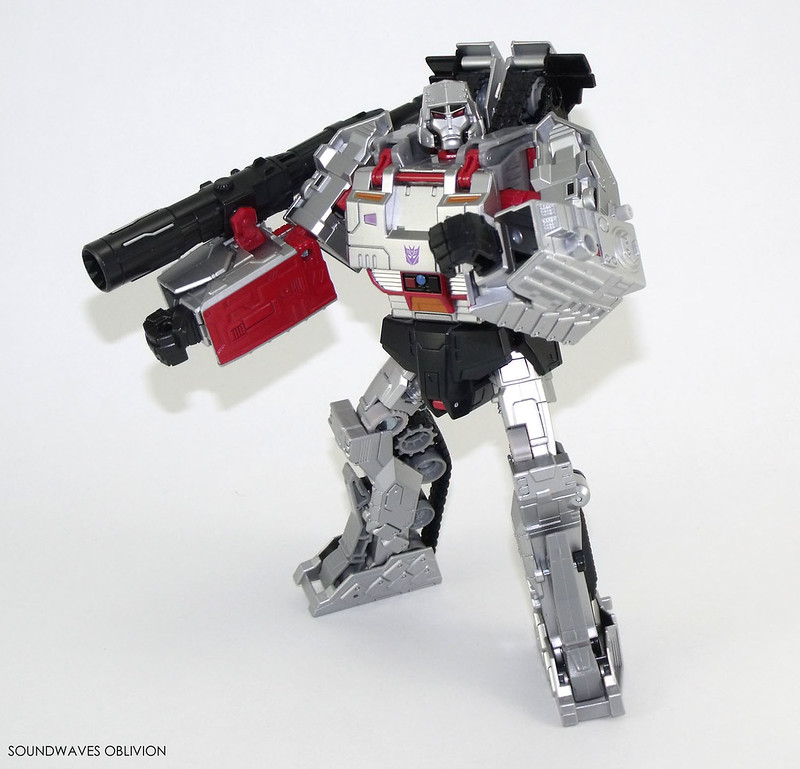 With a second version of a Masterpiece Megatron possibly not even being on the cards (I'd sooner see a Masterpiece Galvatron), this one certainly makes up for its absence and even scales up well next to the MP-10 Convoy / Optimus Prime. Definitely a must have figure.