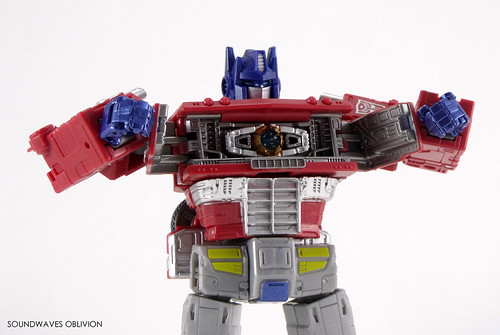 For a number of years the impressive 2006 “Classics” Voyager Class Optimus Prime was seen as one of the best mainline Optimus Prime figures around, that was until 2018.
Hasbro announced their new War for Cybertron Trilogy series starting with “Siege”. For this initial toy line the Transformers feature Cybertronian alternate modes and the new Voyager Class Optimus Prime sported the familiar truck cab but with a different styled roof and gatling guns in place of the headlights. For weapons, Optimus Prime came with the familiar black rifle and a battle axe which could fold up and attach to the trailer hitch section. 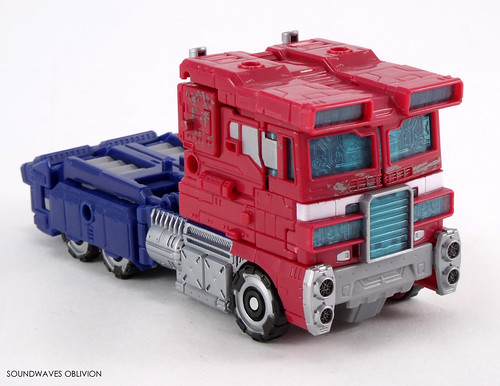 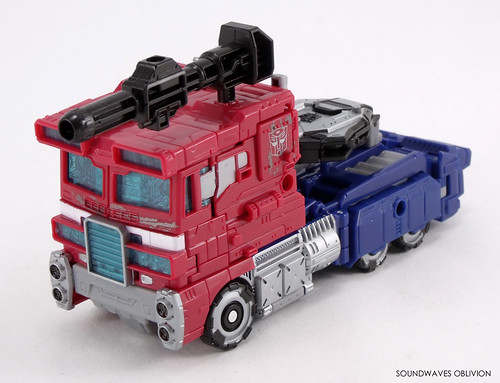 Transformation is simple and satisfying leaving a very impressive looking robot mode. The online downside for the robot mode is looking at it from the back as that is where the cabs roof section ends up. Articulation is outstanding for this piece which puts earlier Masterpiece figures to shame. 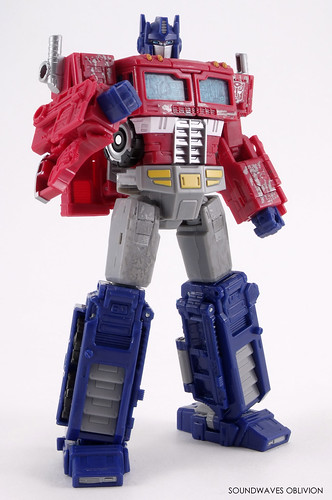 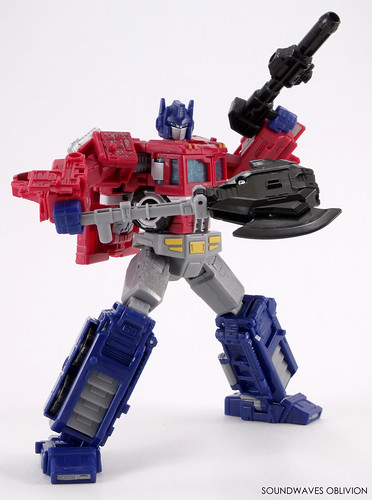 As well as being the Transformers 35th Anniversary, 2019 was the year of Optimus Prime. Following on from the impressive Voyager Siege mould we received Studio Series 38 Optimus Prime, based on Optimus Prime as seen in the 2018 Bumblebee Movie. 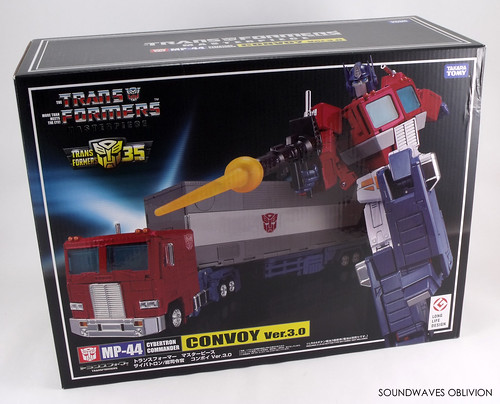 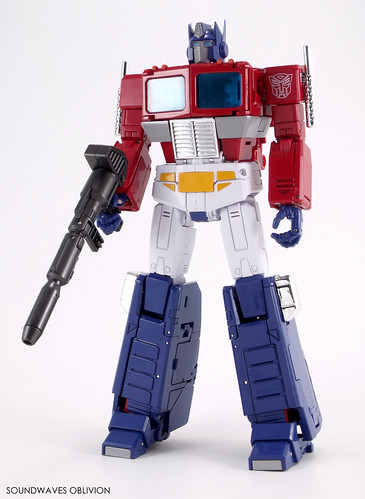 In August 2019 Takara released their most expensive Masterpiece figure yet, MP-44 Convoy, a brilliant piece but unfortunately not without its flaws which shouldn't really be there for its price (50,000 Yen / £350 / $460 USD). 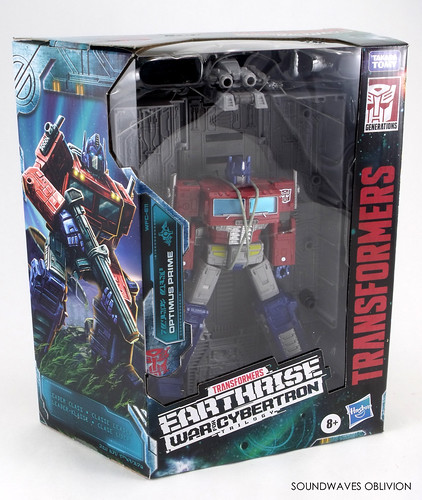 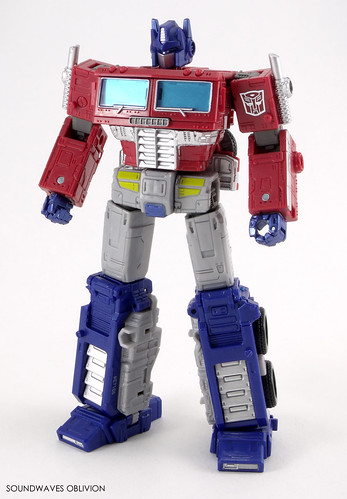 Then on October 3rd 2019 at New York Comic Con, Hasbro unveiled the first wave of the War for Cybertron: Earthrise figures which included a new version of Optimus Prime complete with trailer. This Leader Class figure was quite different (thankfully) from the final release as the robot hands were moulded in grey plastic which was quite jarring. The robot eyes were also painted yellow like the original 1984 toy.
Released at retail in January 2020 Leader Class Optimus Prime topples the Siege Voyager Class figure as one of the best Optimus Prime figures. Packaged in robot mode, Optimus Prime is heavily based upon the G1 version. This version is a complete retool of the Voyager version with very few reused parts; and although it is a retool it is just as articulated as the Voyager figure. Proportionality Optimus Primes legs are on the long side but that is a minor nit pick. 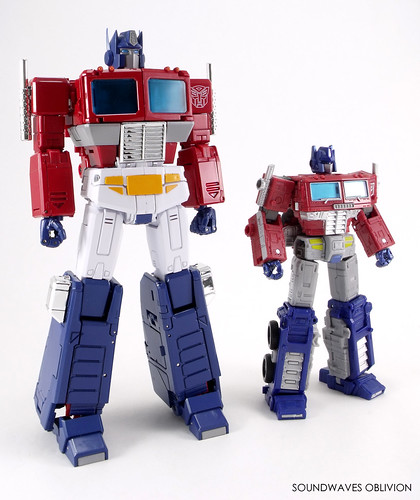 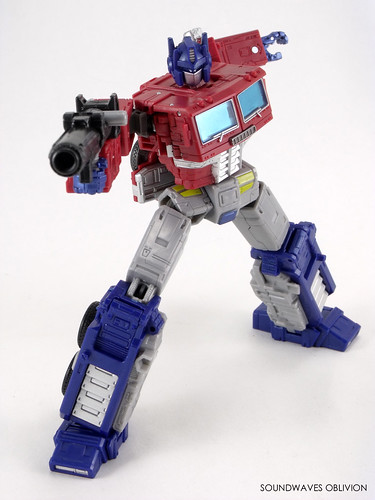 A nice extra feature for this figure is the opening chest with a removable Matrix. The Siege versions chest did open as well but this was for transformation and it did not come with a Matrix. Another nice touch are the hands have hinges at the knuckles allowing them to open. 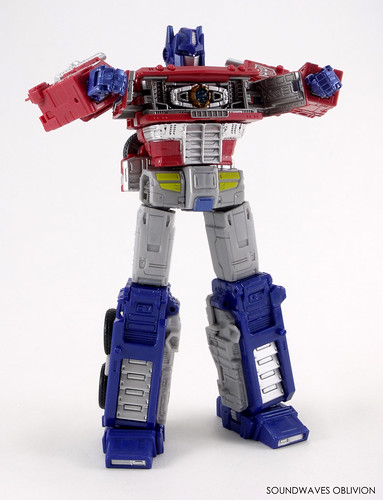 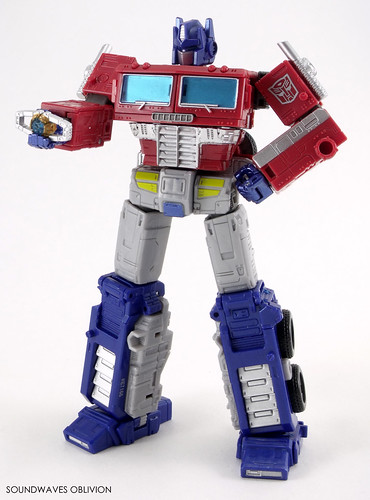 The trailer as with the original, opens up into a repair bay and the combat deck robot can be removed and plugged in Optimus Primes back. There is also a section in the trailers rear door that can be removed and used as a shield. Unfortunately this set does not come with Roller, you have to buy the Centurion Drone Weaponizer pack to get hold of him. The trailer will also work with the Siege Voyager version. 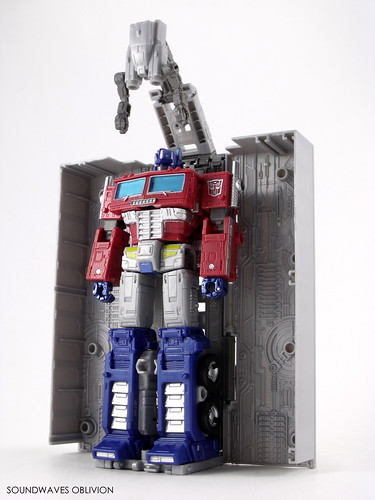 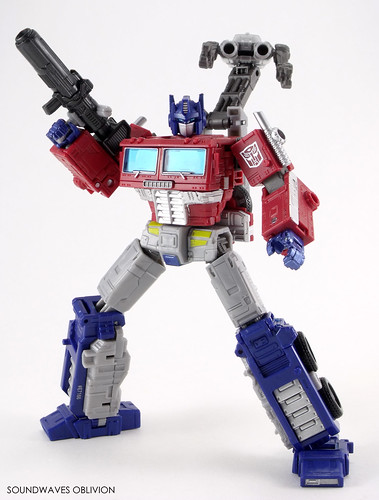 Transformation to vehicle mode is an engineering marvel completely different to the Siege version and previous Optimus Primes. Cab mode is near identical to the G1 version as well as being the same size, the trailer when hitched however is a little small, though this was probably to keep costs down. 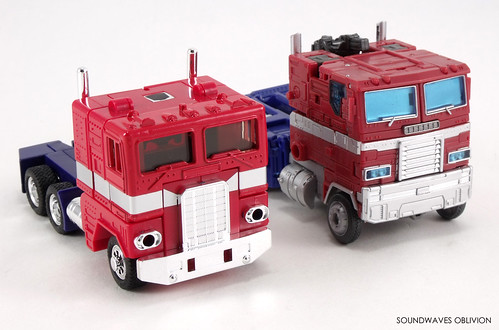 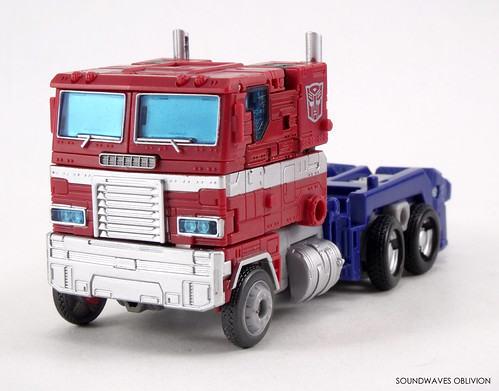 If you can't afford to buy MP-44 Convoy, this Leader Class figure is the best alternative and I certainly prefer it. Although MP-44 looks impressive and cartoon accurate with amazing engineering, it is not a fun figure to mess about with or even transform back and forth like MP-10 Convoy is. I don't buy many mainline Transformers anymore but Earthrise Optimus Prime is one I had to buy and I'm not disappointed. 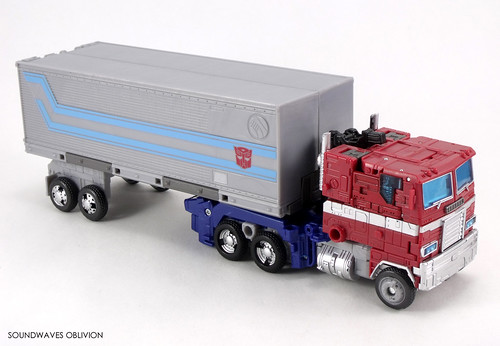 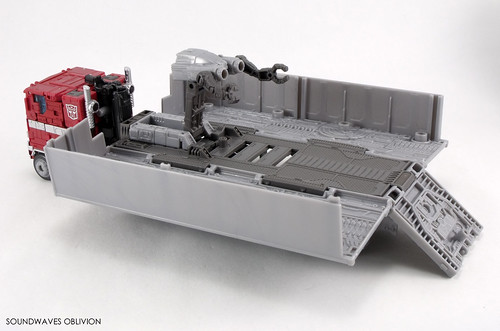 View the full gallery here.
Posted by Jeremy Barlow at 11:39

Email ThisBlogThis!Share to TwitterShare to FacebookShare to Pinterest
Labels: War for Cybertron: Earthrise