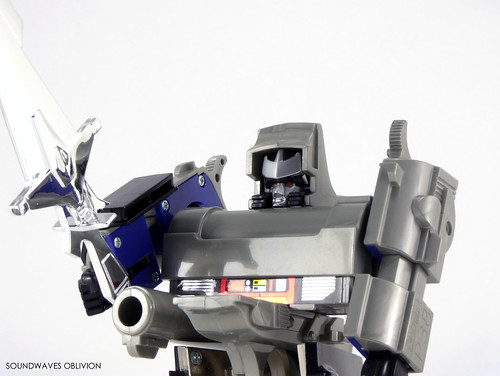 Profile (Translated from the Trading Card)
93 Destron Clone Soldier Megaplex
Function: Soldier / Clone
Transformation: Walther P-38 (Pistol)
Ability: Endowed with the same strength as Megatron, but abilities are restricted by a fail safe device. Prefers close combat with his Electron Sword and Energy Flail, and fires freeze shells loaded with liquid helium in gun mode.
Background: One of the doppelgangers secretly constructed to fool enemies and protect Megatron from traitors in his own ranks. Has acted in his leader's place in numerous battles.
STR…5; INT...5; SPD...4; END...7; RNK...6; CRG...8; FPR...7; SKL...6; TTL...48 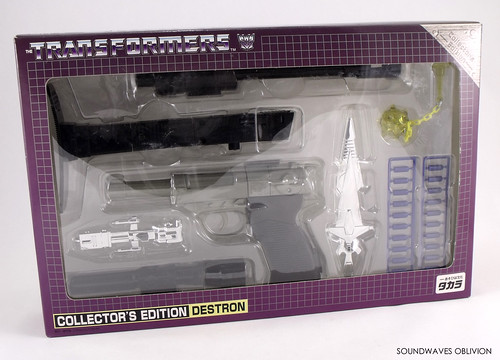 Megaplex was a character created for the short lived Machine Wars toy series from 1997 and as a clone of Megatron, was a way for Hasbro to recolour an existing mould to bulk up the small toyline. In 1997 Megaplex (and Megaton) transformed into a Lockheed Martin F-22 Raptor which would 10 years later be used as the alternate mode for Starscream in the 2007 movie. The toy itself is a "Basic Class" figure which features a spring loaded one step transformation. 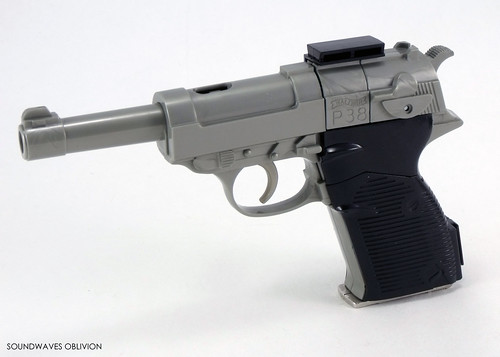 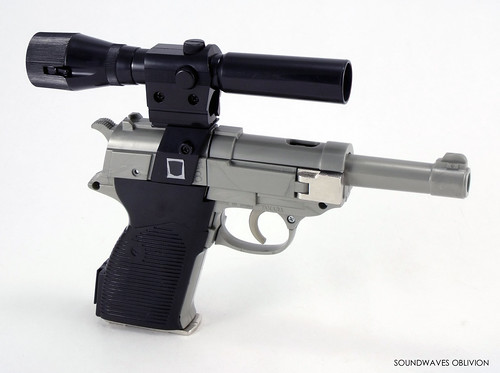 In December 2002 to accompany the release of Megatron in the Transformers Collection Series that had been released in November 2002, e-Hobby released Megaplex. The profile was similar to the one released with the Machine Wars version, even the tech spec values are identical apart from the "Speed" which is 8 for the Machine Wars release and only 4 for the e-Hobby version. This is more than likely that one transforms into a gun and the other a jet. 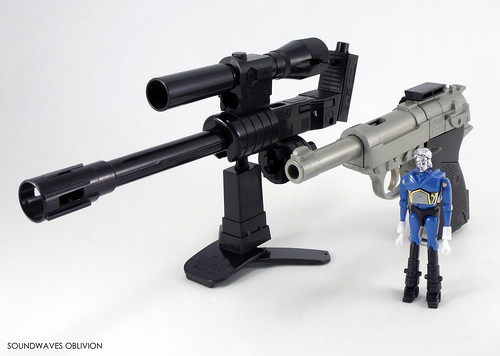 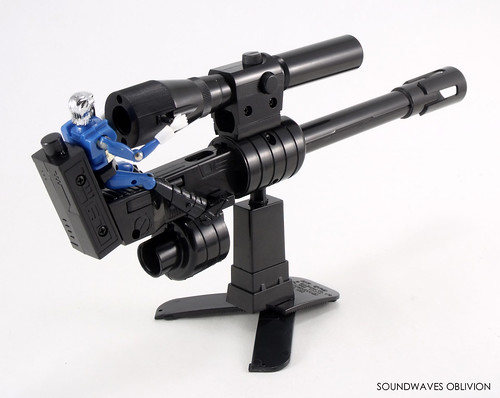 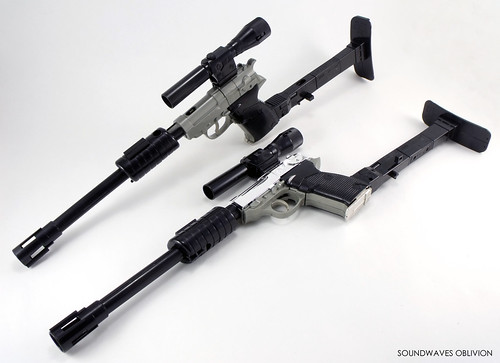 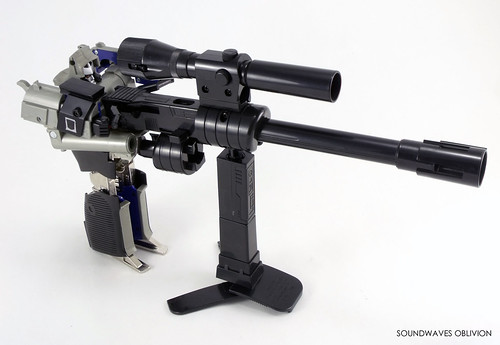 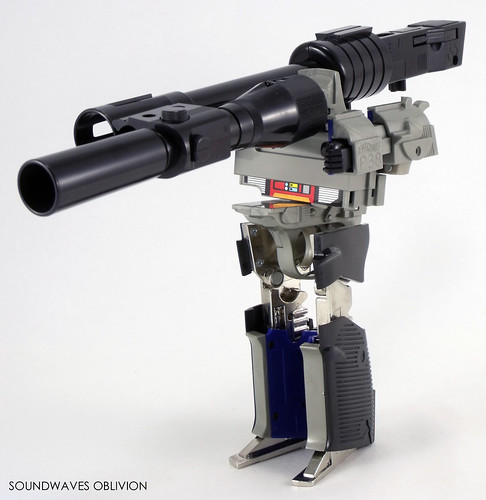 Hasbro opted to use the MC-13 Walther P38 U.N.C.L.E Special as their version of the Decepticon Leader, Megatron, possibly as this was a larger set to put it at a similar price point as the Autobot Leader. Takara however used the MC-12 Walther P38 Grey Type without the extensions for their version of Megatron. 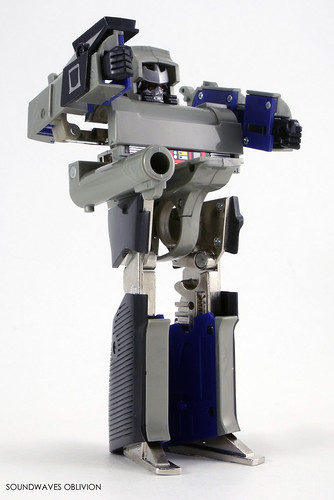 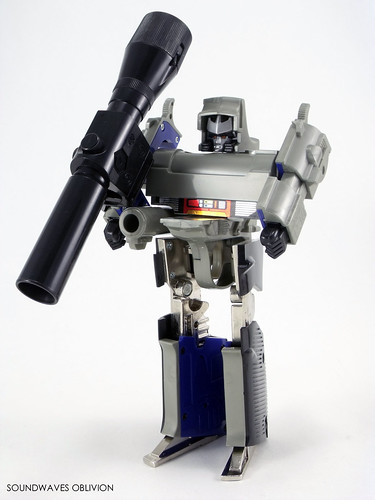 The single release of Megatron in Japan features redrawn boxart based on the Micro Change art of MC-12 but it features red for the inner legs and arms. The toy itself has blue plastic on the inner legs and arms. The colour was corrected for the VSX giftset as well as the head being redrawn to face Convoy on the packaging. It is the VSX artwork that is displayed on Megaplex's collectors card. 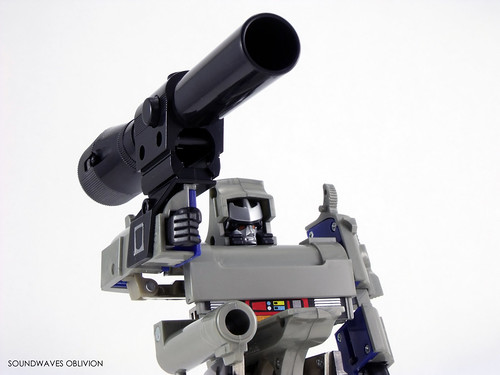 Megaplex isn't an exact replica of MC-12 and Takara's original Megatron as it is a straight repaint of the Collection Series Megatron, however if you are a fan of the Walther mould it is certainly a cheaper alternative. 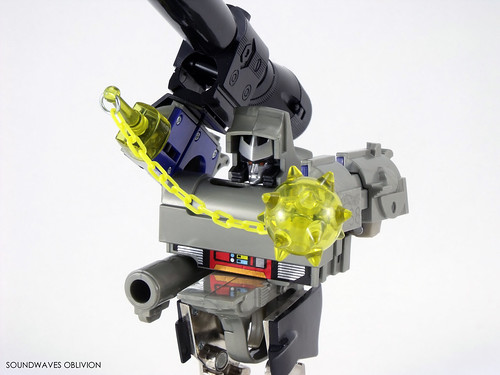 View the full gallery here.
Posted by Jeremy Barlow at 21:09