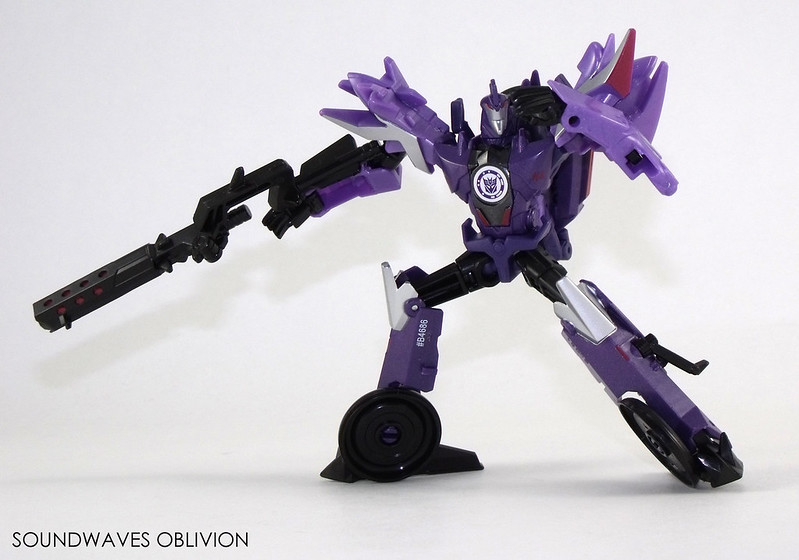 (Translated from TAV36 Fracture)
Profile:
Fracture is a Decepticon with ninja-like reflexes. Rival of Drift, a powerful Autobot warrior, their abilities are evenly matched. His cunning is superior to Steeljaw and is more intelligent than most Autobots. Additionally Fracture works alongside 2 Microns and carries out missions which would normally have been impossible for him to do so alone. Fracture is a Decepticon who certainly poses a direct threat to the Autobots. 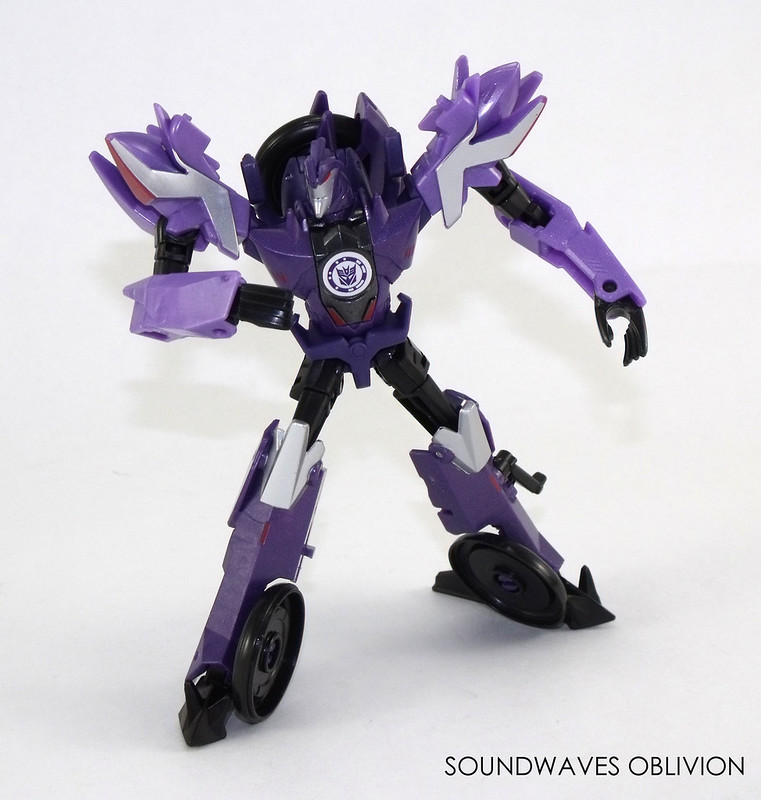 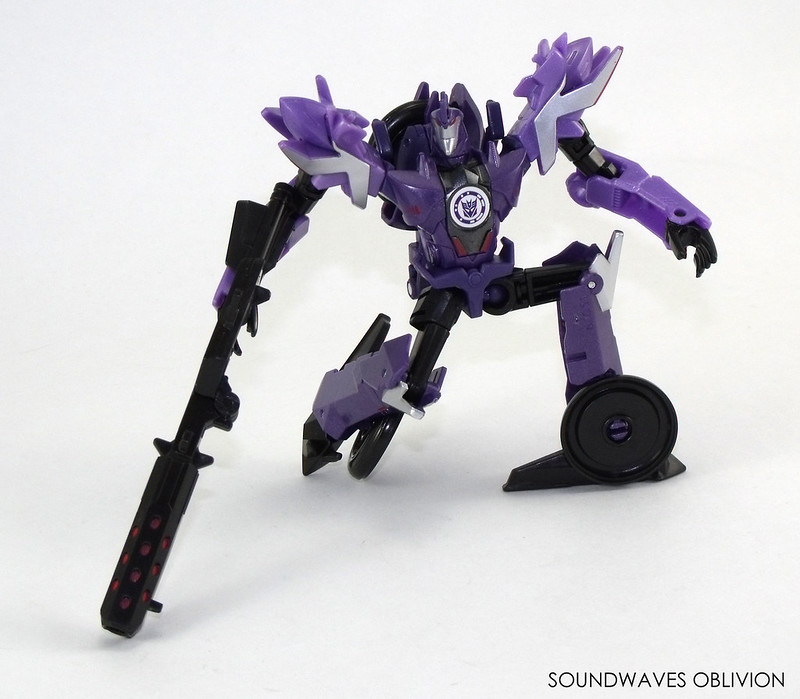 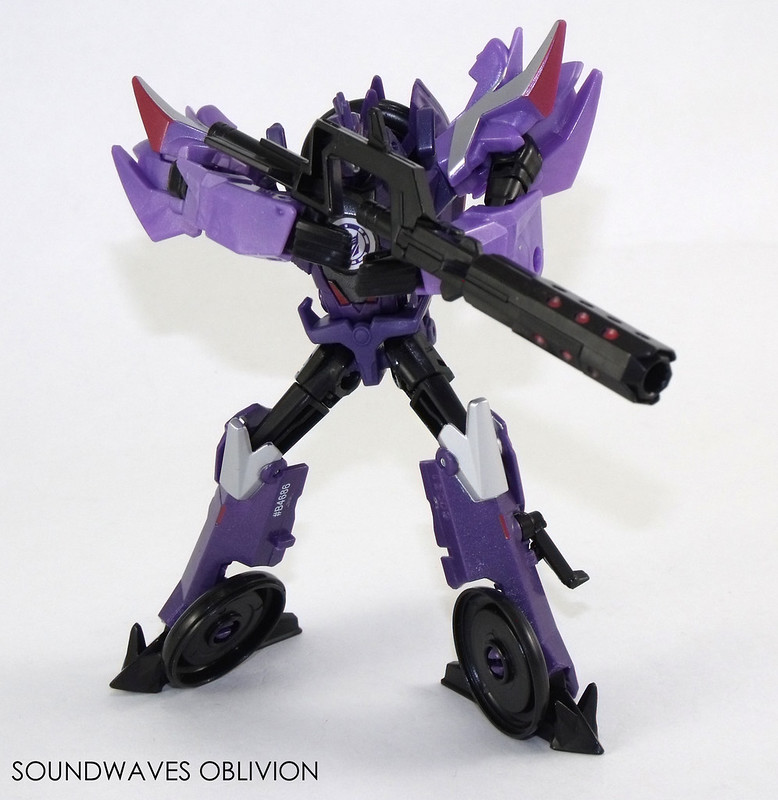 Fracture was one of 3 Decepticon Warrior class figures released in 2015, the other 2 both being Megatronus. Mainly cast in purple with silver and red highlights, robot mode is sleek and imposing; without the wheel on his back you would not know what vehicle he transforms into. The robot mode is also incredibly articulated and together with his large gun you can put him in a variety of poses. 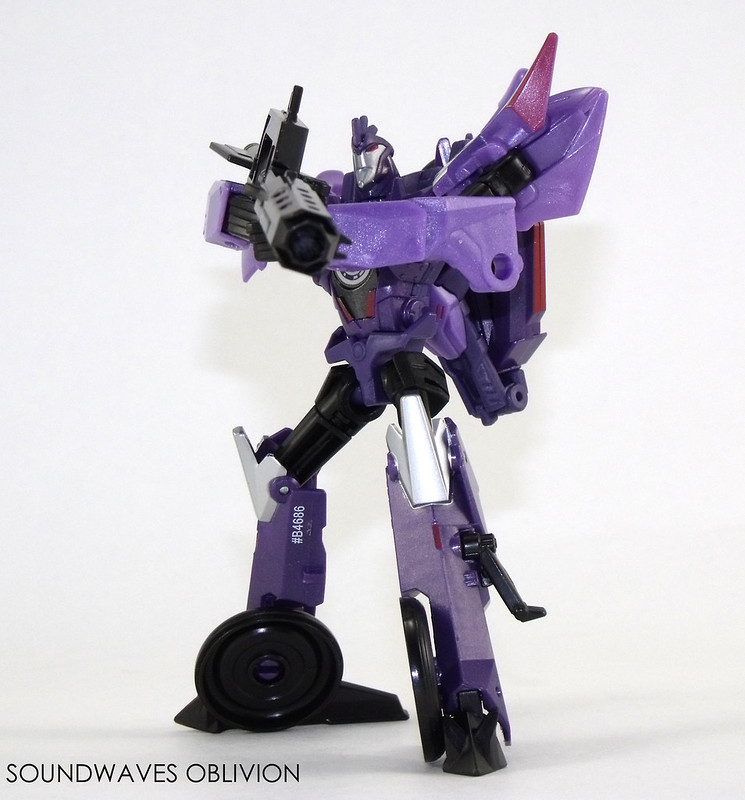 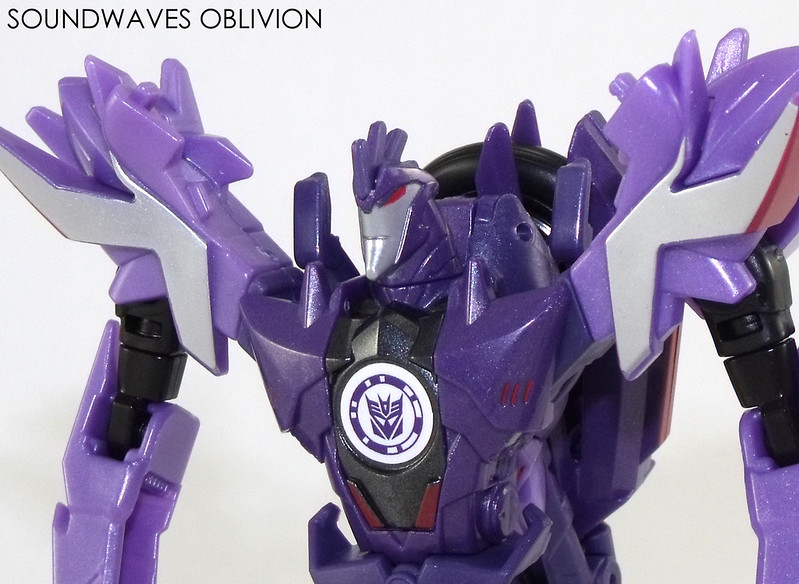 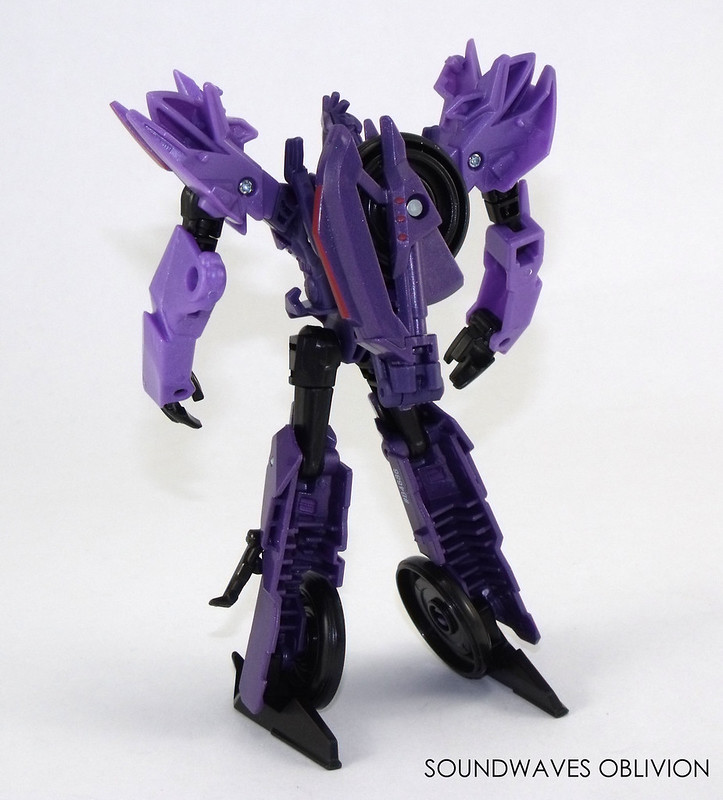 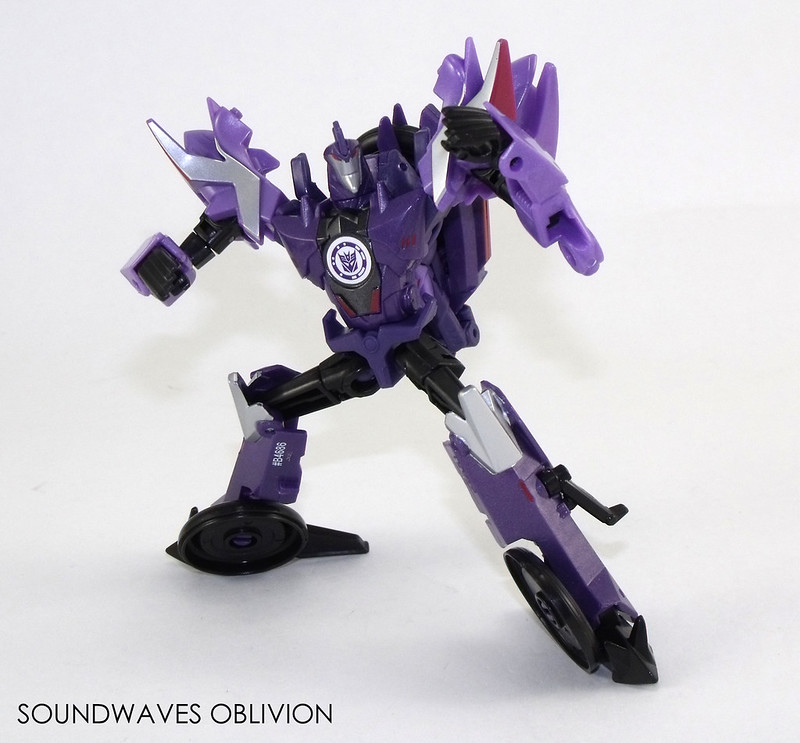 His alternate mode is a futuristic "chopper" styled motorbike, the large gun forms the bikes exhaust and there is a kickstand to keep the bike upright, though it doesn't really need it. This is certainly one Decepticon to pick up. 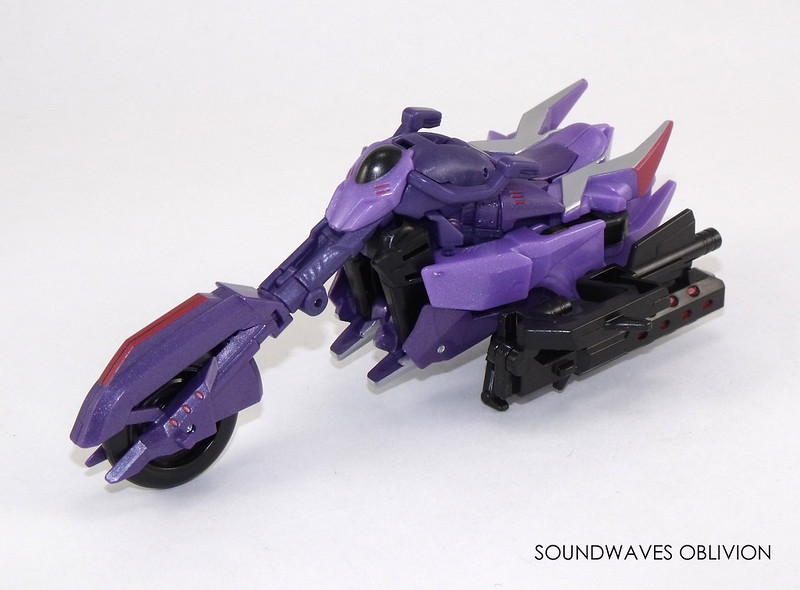 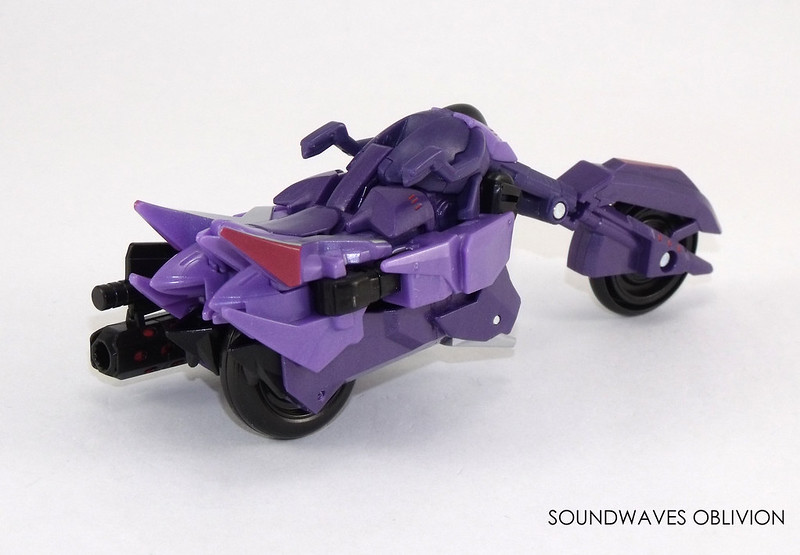 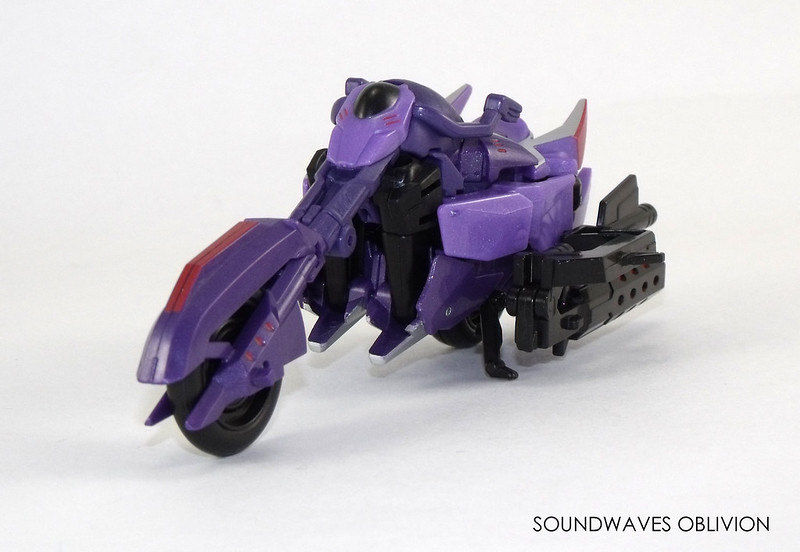 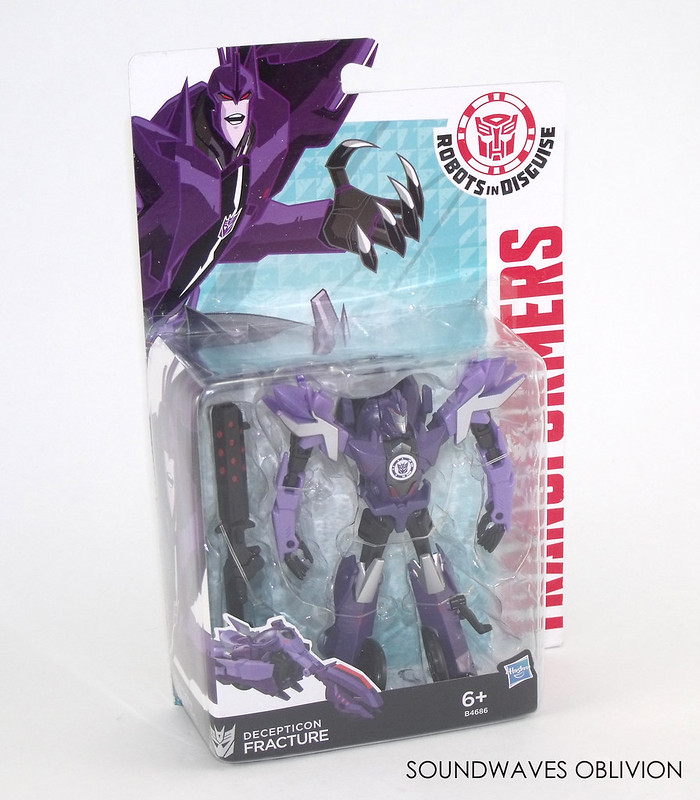 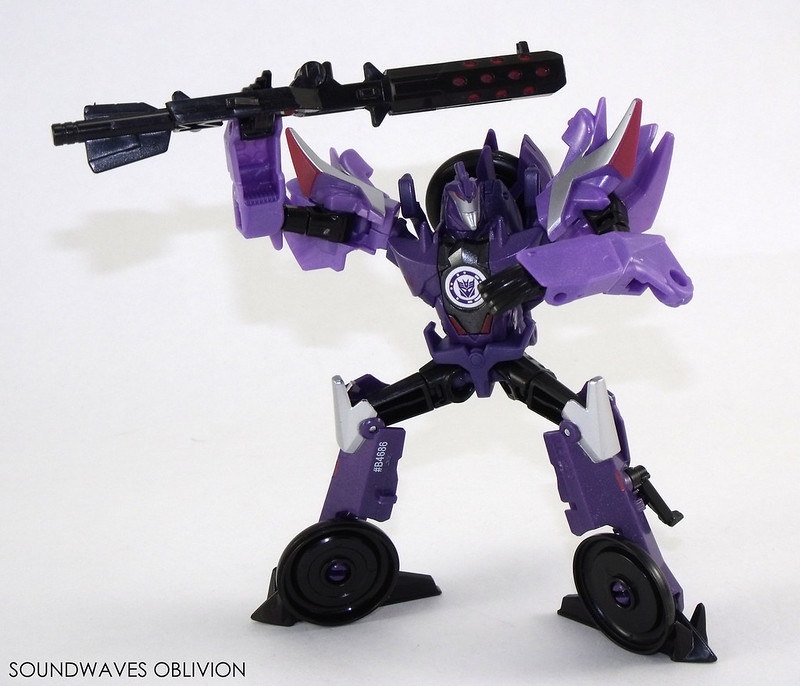