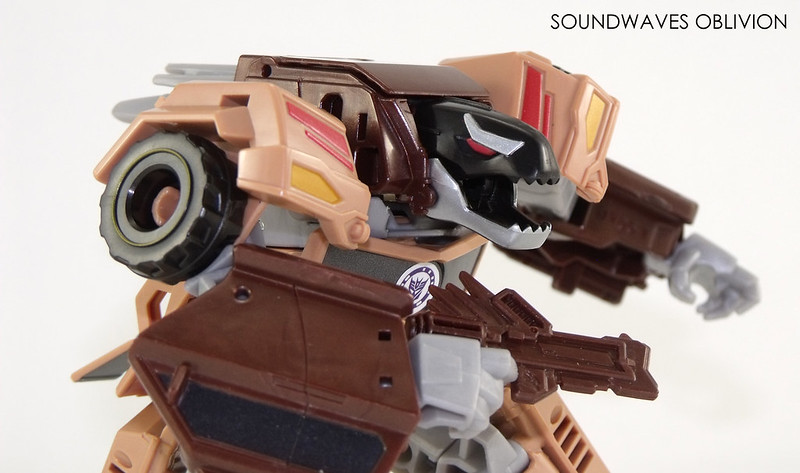 (Profile translated from the card back of TAV39)
Function: Revolutionary Warrior
Profile:
Quillfire was renowned as a revolutionary on planet Cybertron. Has great pride and would carve his signature at the scene of his crime as proof it was him. His stand out feature are the spikes on his back. Not only are they projectile weapons, they also contain poisons which can affect enemies in a variety of ways. When Bumblebee received an attack he became like a human child and pestered the Autobots no end. Though Quillfire has different characteristics to the other Decepticons, he is no less a threat to the Autobots.
STR:6; INT:4; SPD:7; END:7; RNK:4; CRG:6; FBL:5; SKL:5; TTL:44 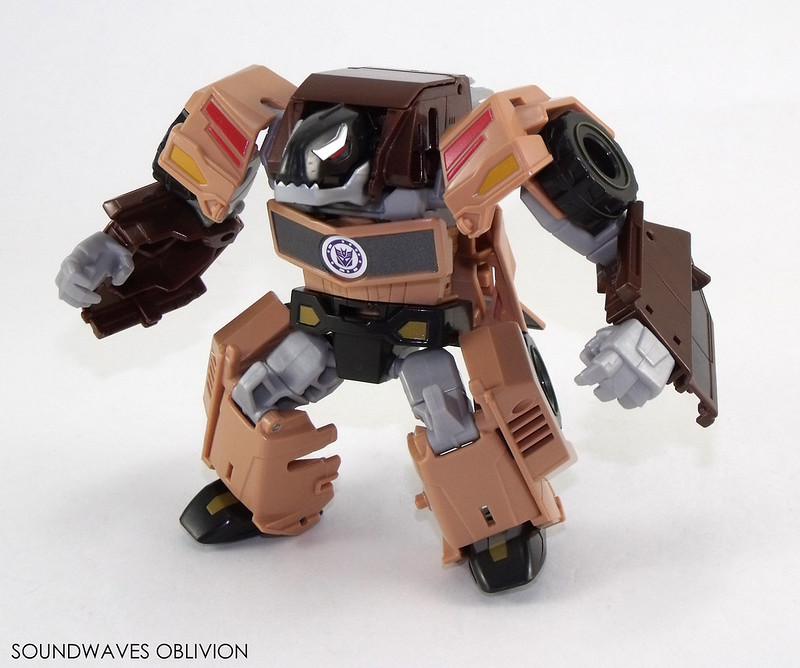 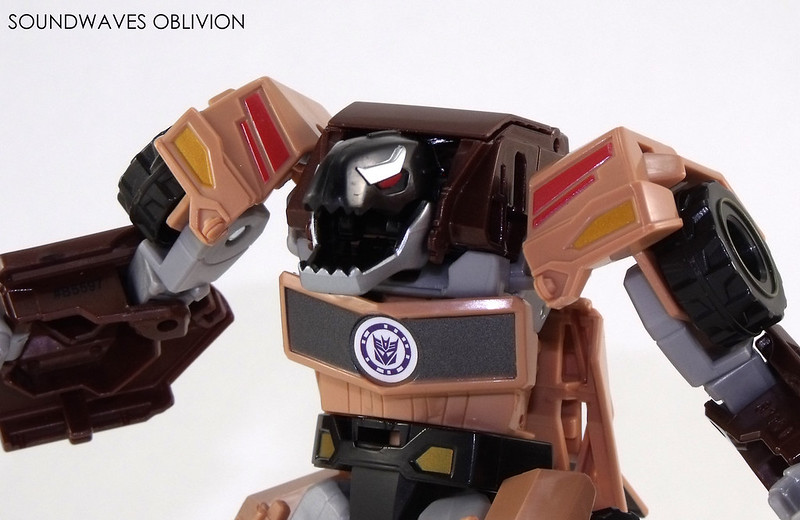 Quillfire is quite an interesting figure, a short Warrior-class figure but stocky; the robot head has an opening jaw and there are porcupine-like spikes on his back. The figure comes with a weapon which can be stored on the robot mode back and a single spike which can be held on robot mode or stored in the other non-removable spikes on his back. Additionally for the shape and size of the figure, he is quite poseable. 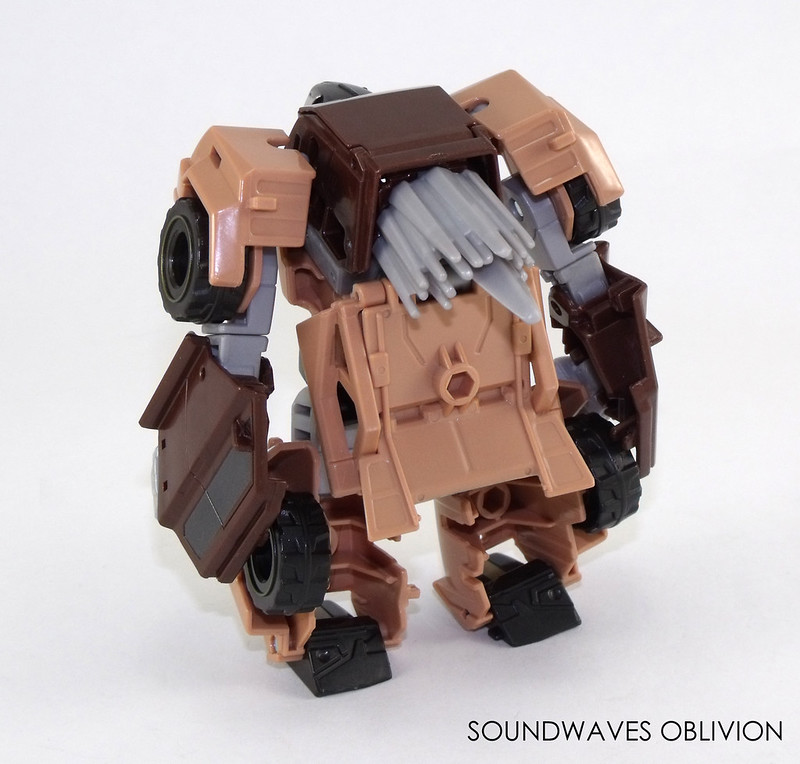 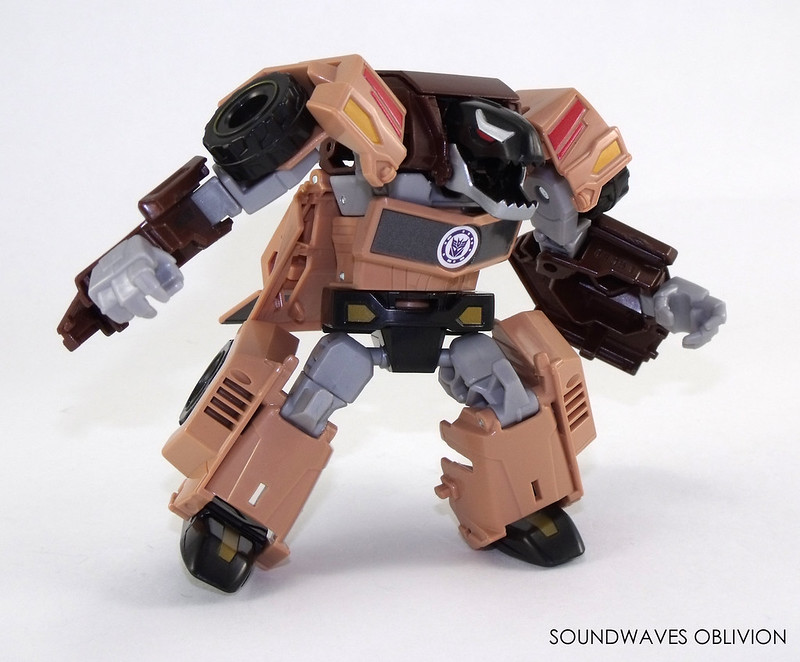 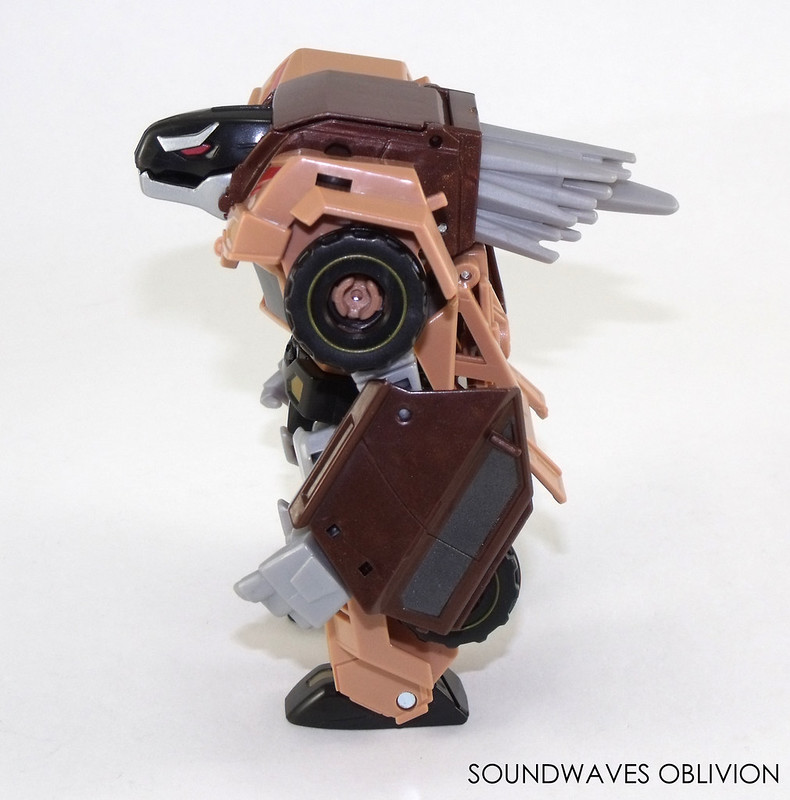 Quillfire is a great figure with a good transformation and vehicle mode; the weapon can also be stored underneath in vehicle mode. However if you are after one with animation accurate colours, the Takara Tomy version would be the one to pick up. 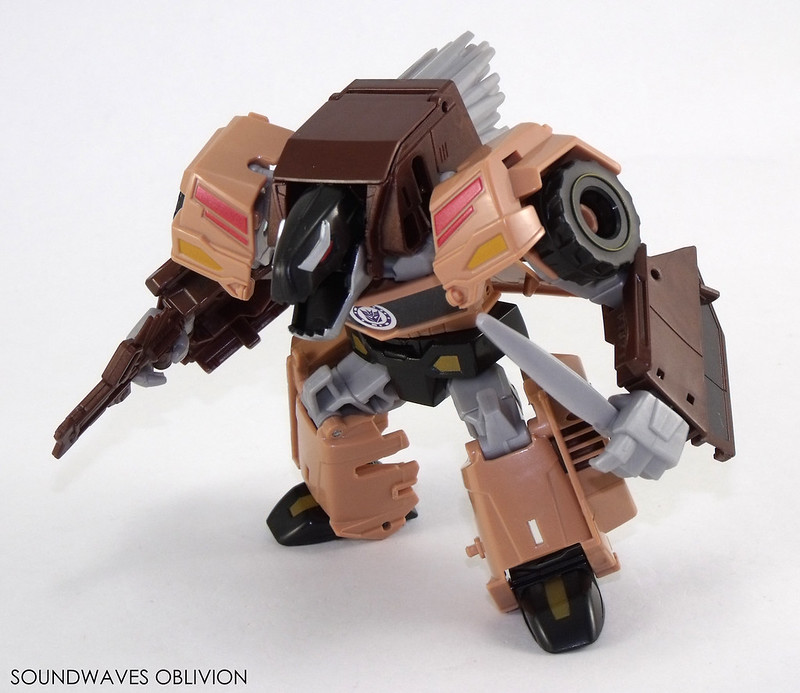 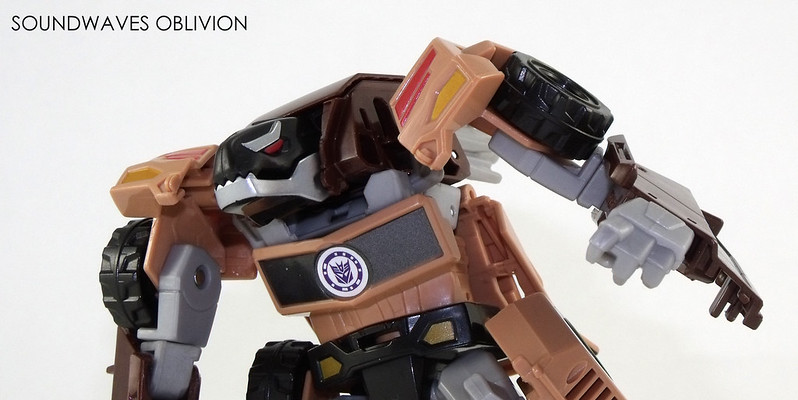 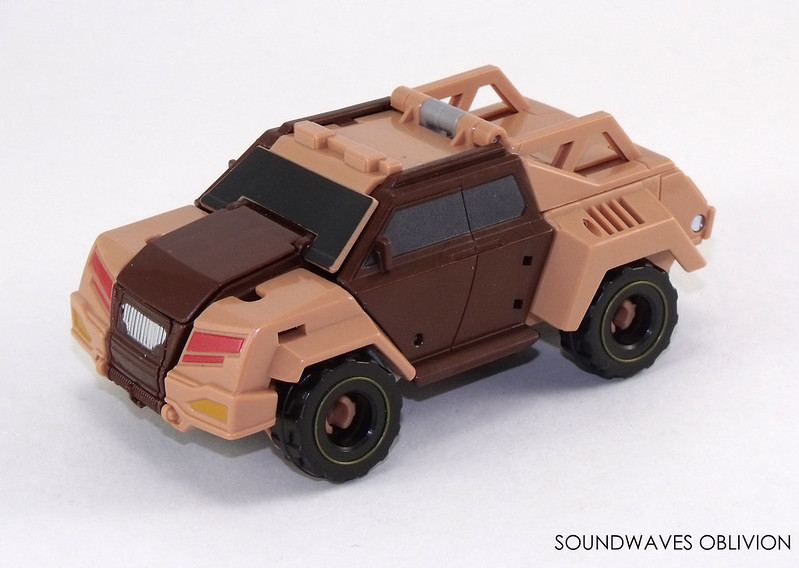 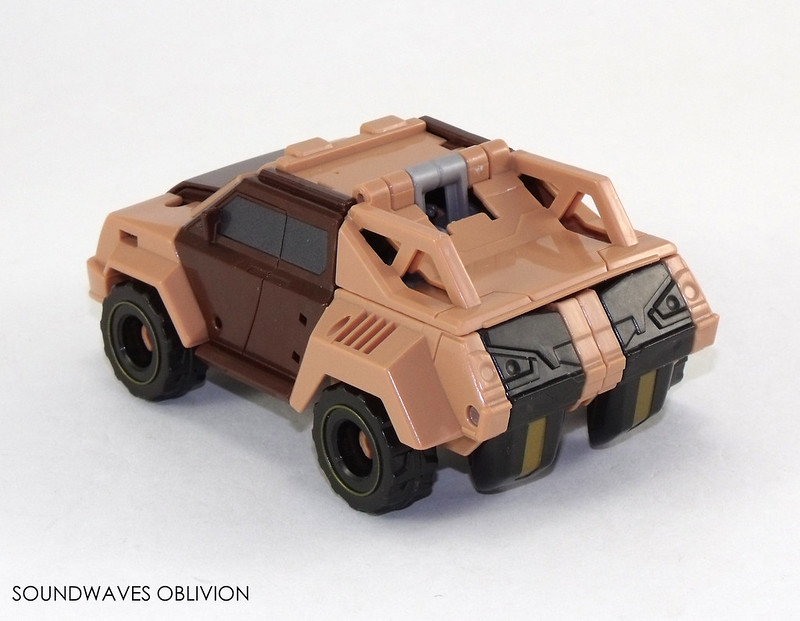 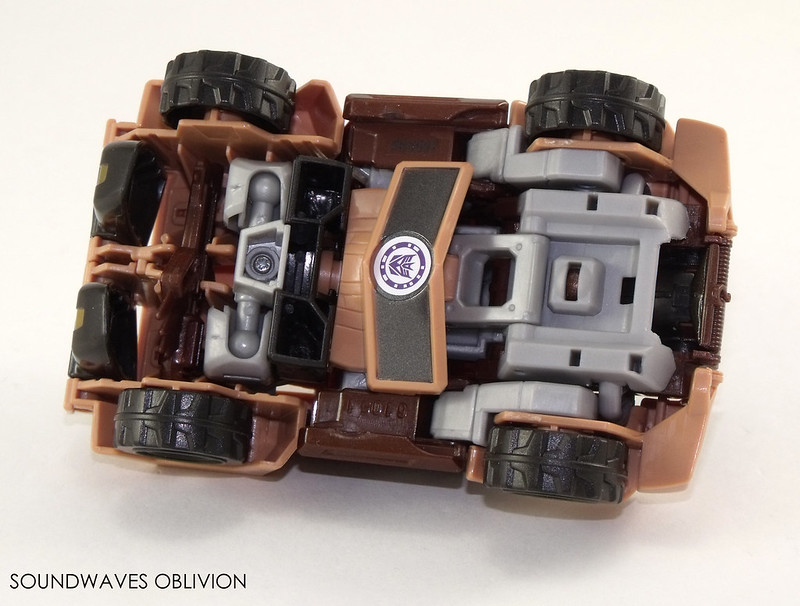 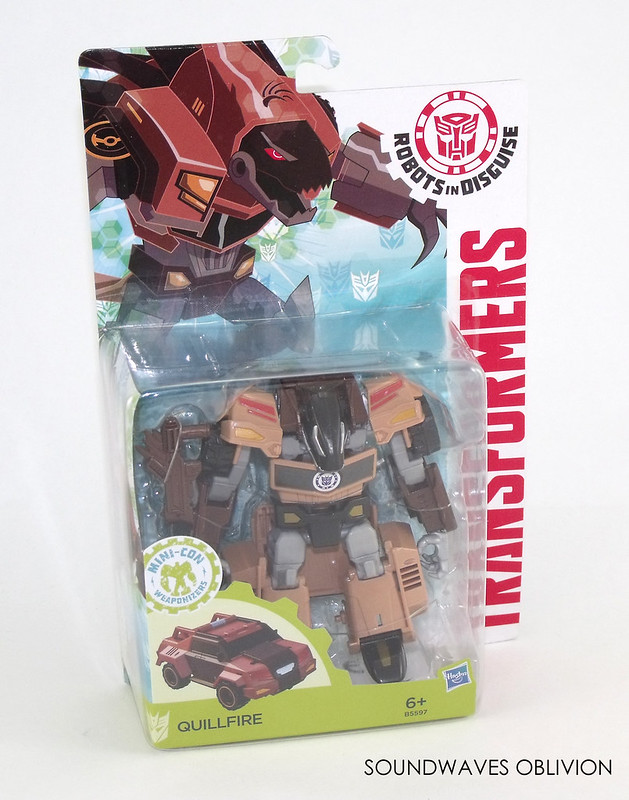 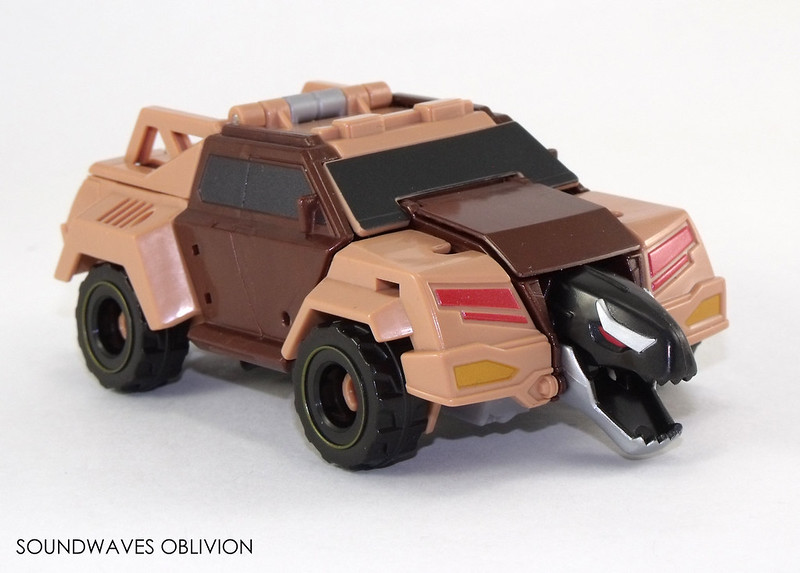