(Profile translated from TAV62 Starscream)
Starscream is a Decepticon Commander. An intelligent and knowledgeable former scientist who has been chasing down the Autobot warriors utilising a variety of schemes. Ruthless and cunning, he will even sacrifice allies as part of his strategy; fellow Decepticons condemn his actions. As an enemy he is an unpredictable opponent. He is the worst Decepticon warrior so far to face Team Bumblebee. 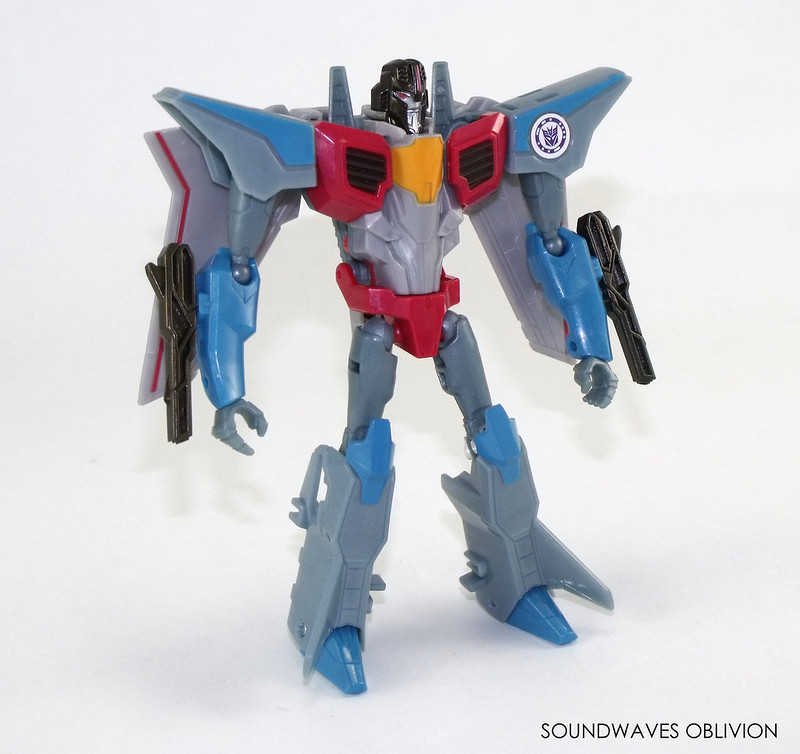 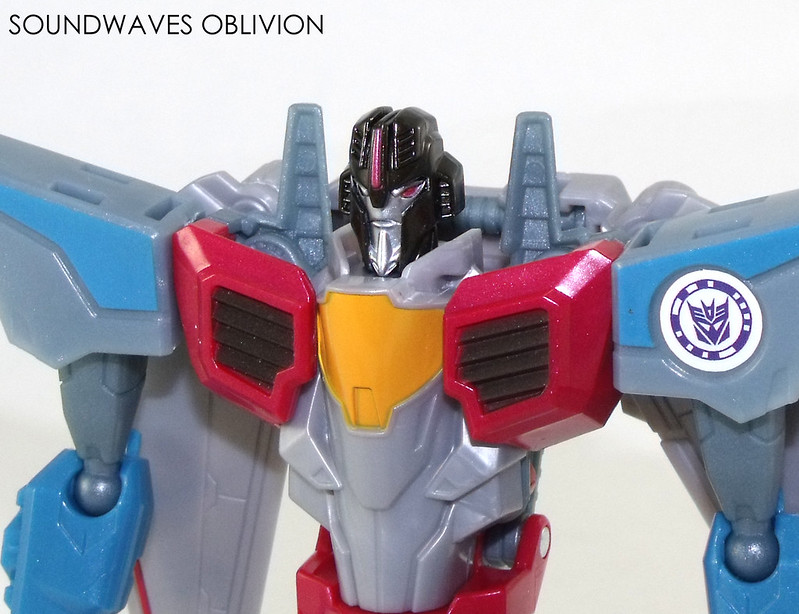 Warrior Class Starscream is a Toys R Us exclusive as part of their Clash of the Transformers line; this is the same Starscream character from Transformers Prime though this version has been made to look like his classic 1984 counterpart. 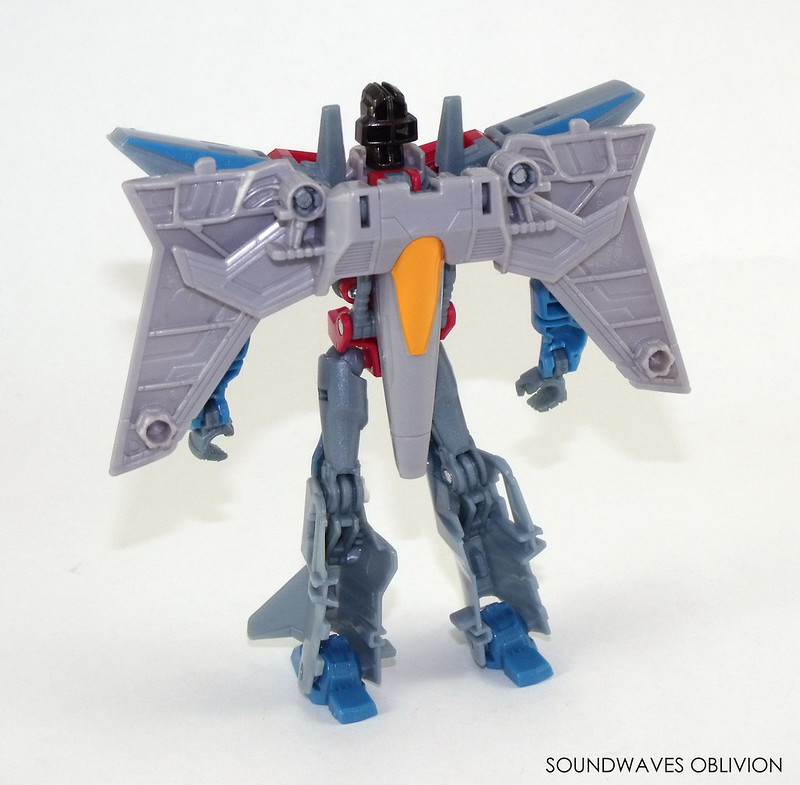 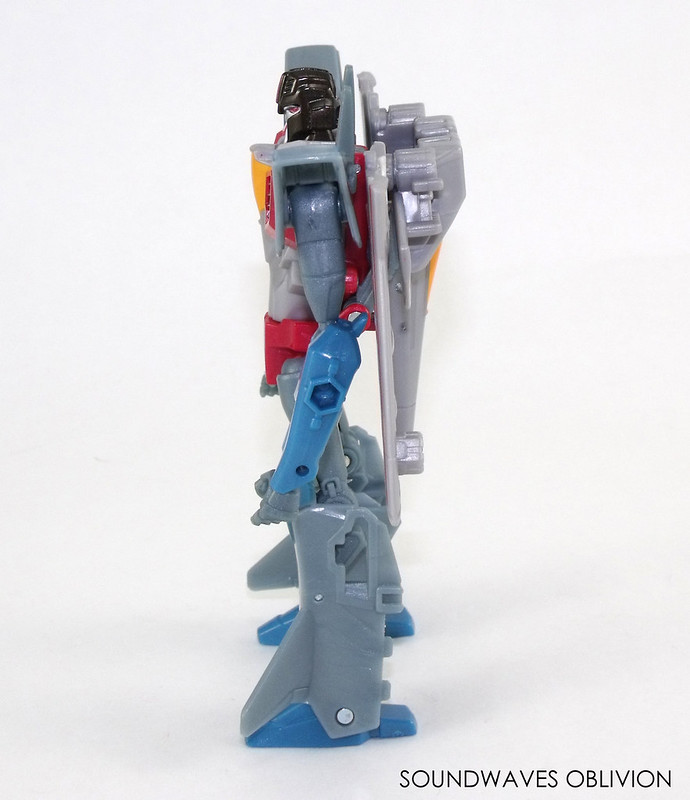 In robot mode he is unmistakably Starscream, however the wings are at a different angle to what you would expect of Starscream. The shoulder pads are larger and are designed after Starscreams purple Coronation shoulder pads from the 1986 movie; additionally the wings pointing downwards almost look like a cape. 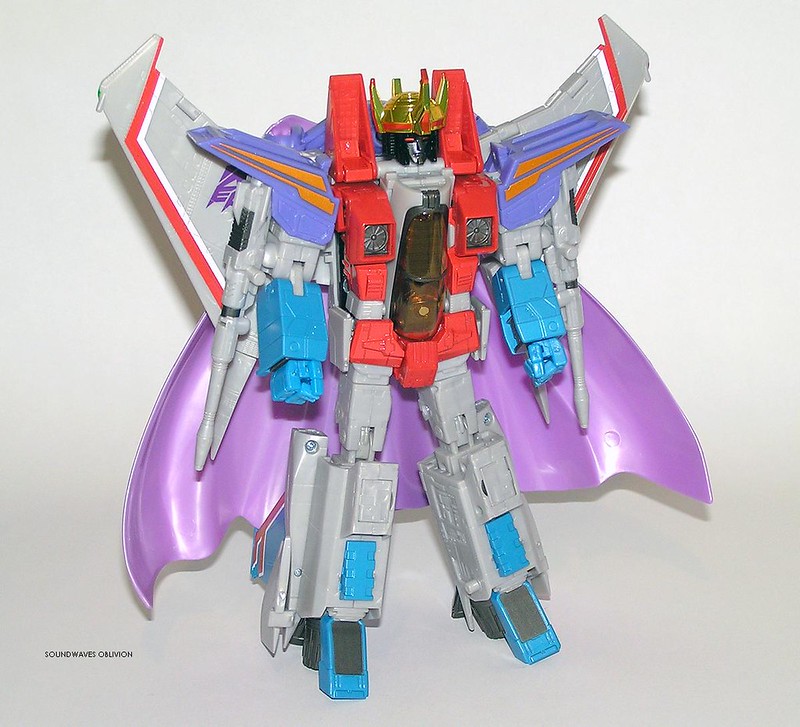 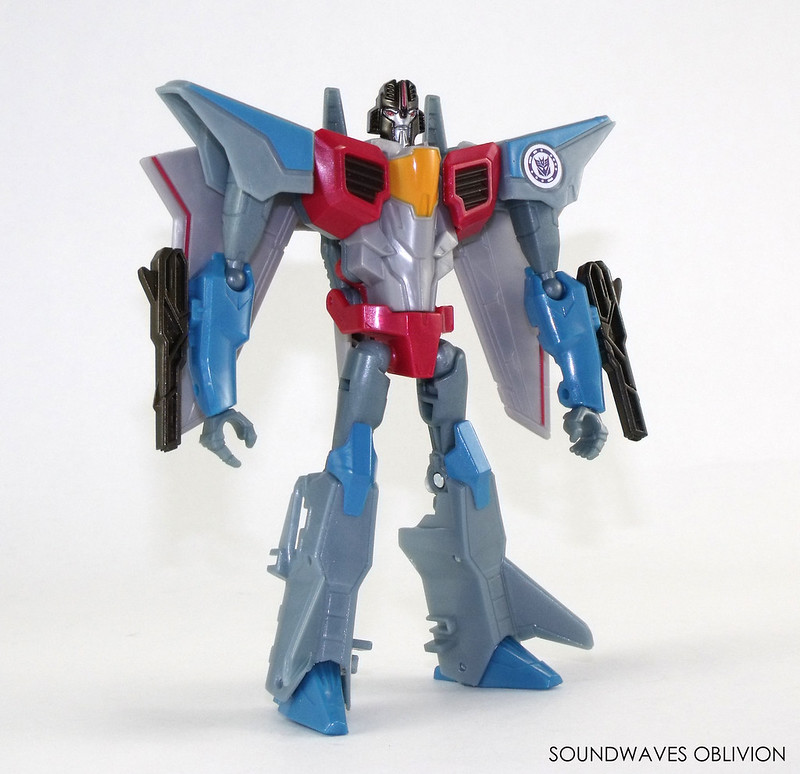 Starscream comes with 2 detachable null ray weapons which can be held in his hands or attached on the forearms. These particular weapons were cast in blue plastic and have been painted black. He is quite poseable in robot mode, the only thing which let this figure down are the weak ball-joint hips making robot mode a floppy mess. This can be easily fixed with the likes of clear nail varnish. Takara Tomys TAV62 release features remoulded hips to fix the issue (I'm not sure of the newer Combiner Force release also features this fix). 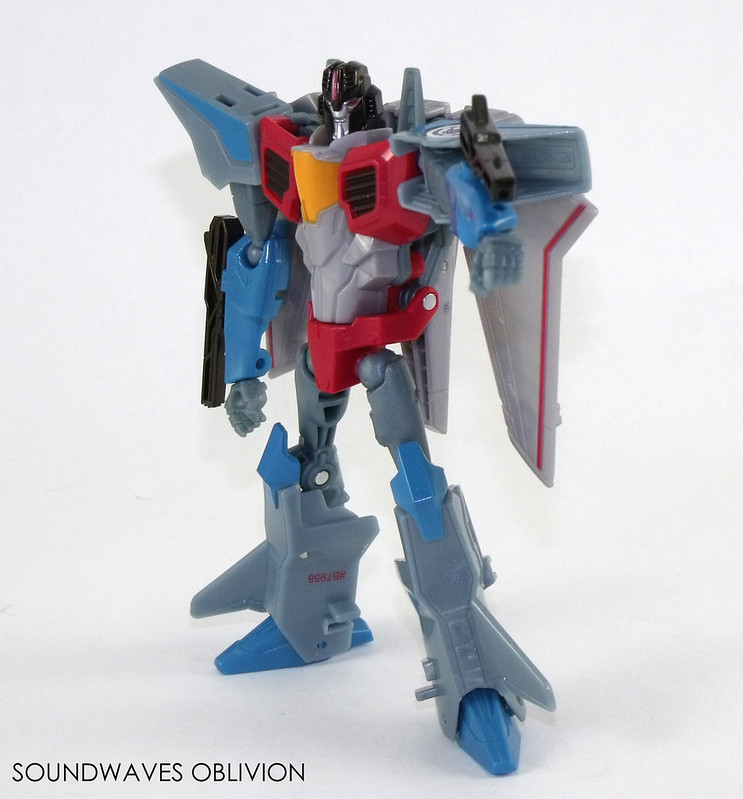 Starscream transforms into a futuristic jet almost reminiscent of G1 Cyclonus. Retaining the classic colour scheme its a good looking jet mode, its just a shame that Decepticon logos weren't placed on the wings. 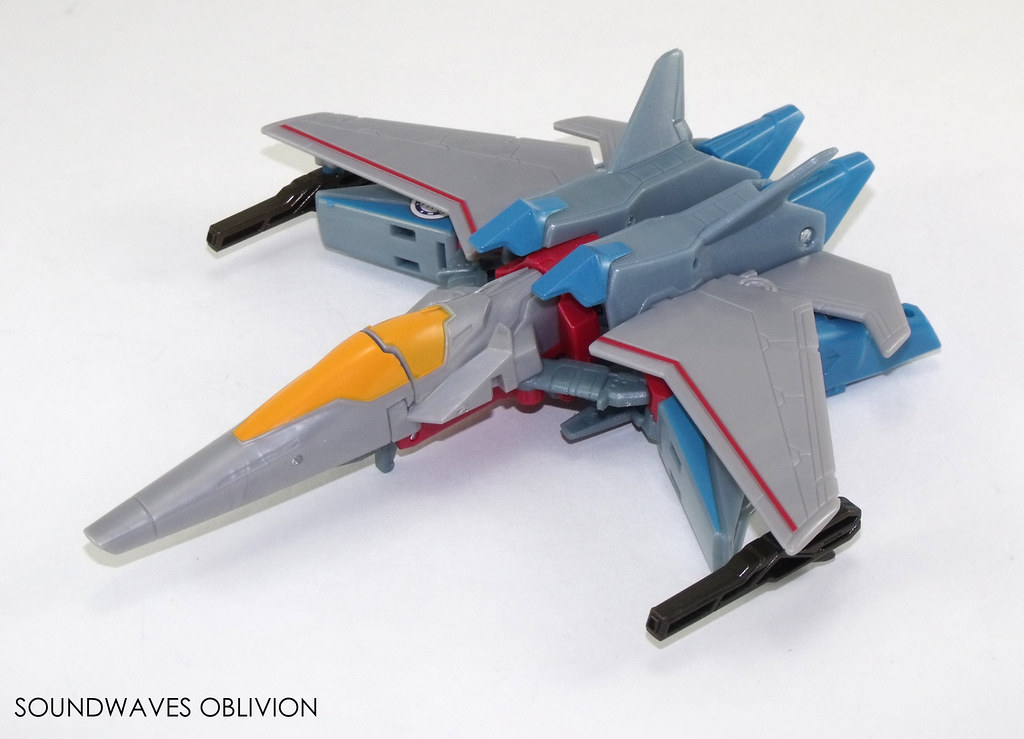 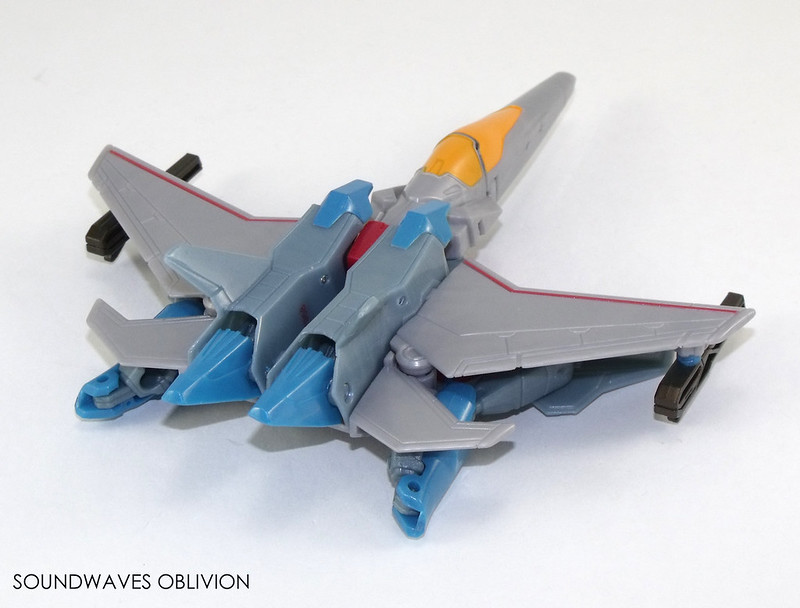 Overall if you can look past the loose hips, this is definitely a figure to pick up.

Clash of the Transformers (Hasbro, 2016) 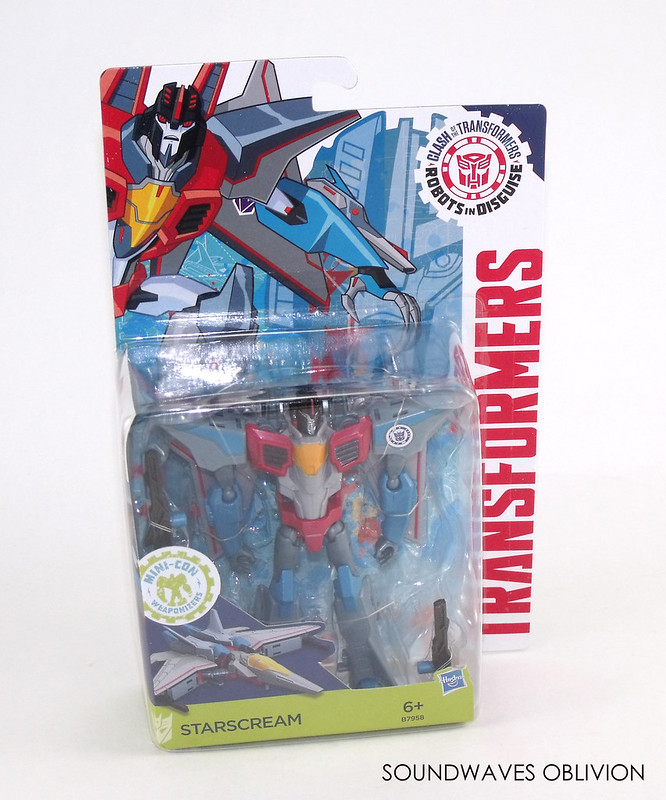 Clash of the Transformers (Takara Tomy, 2016)