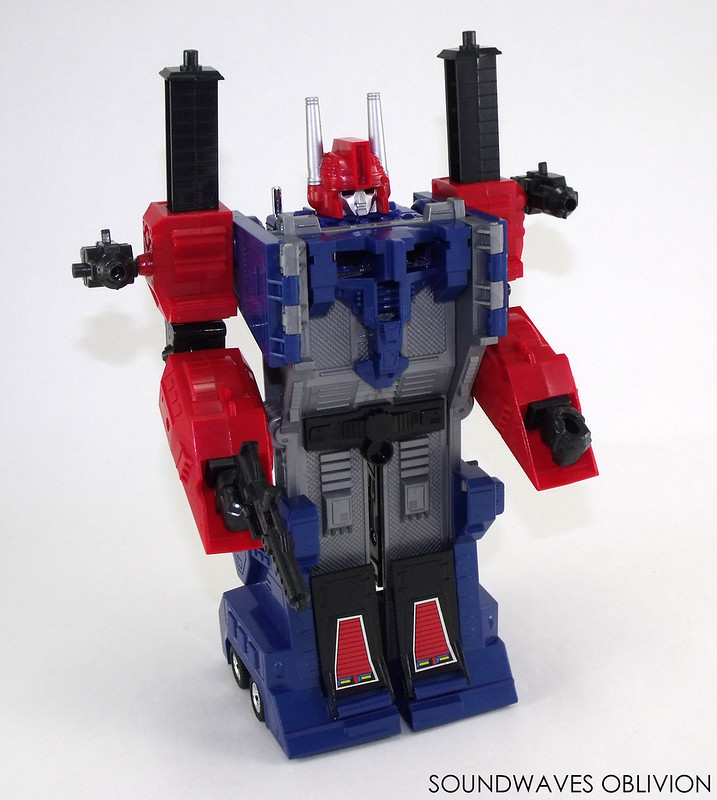 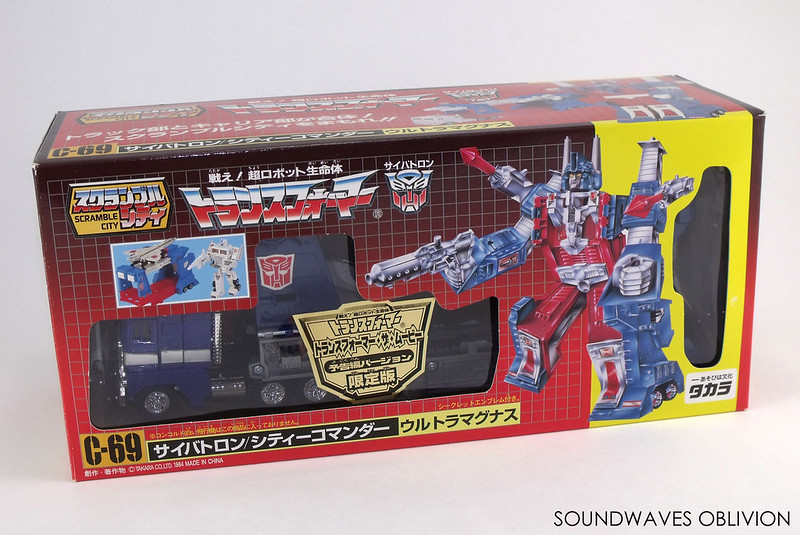 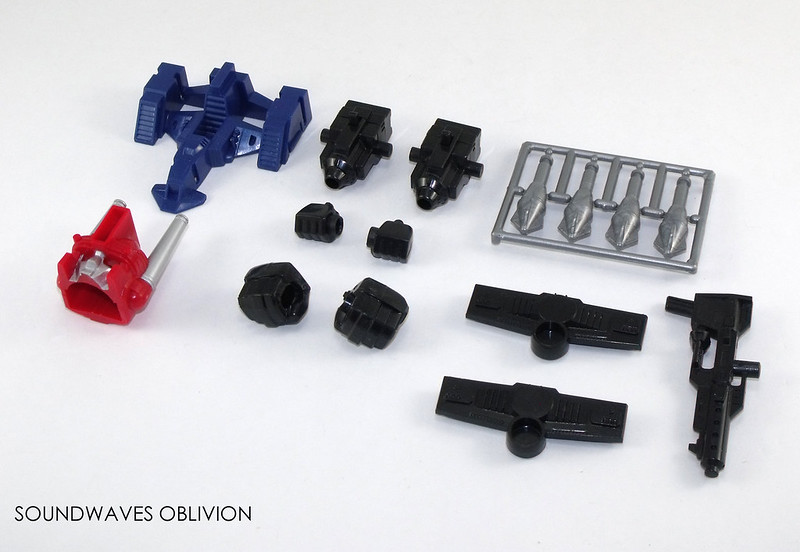 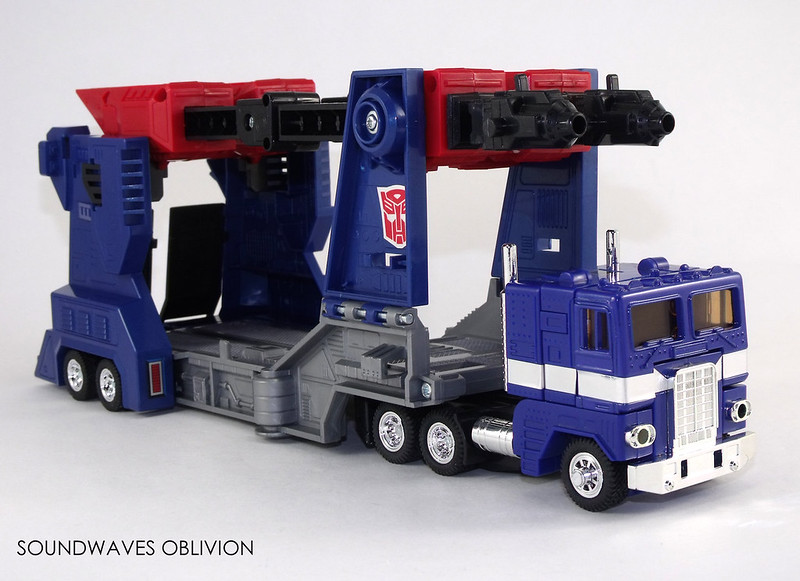 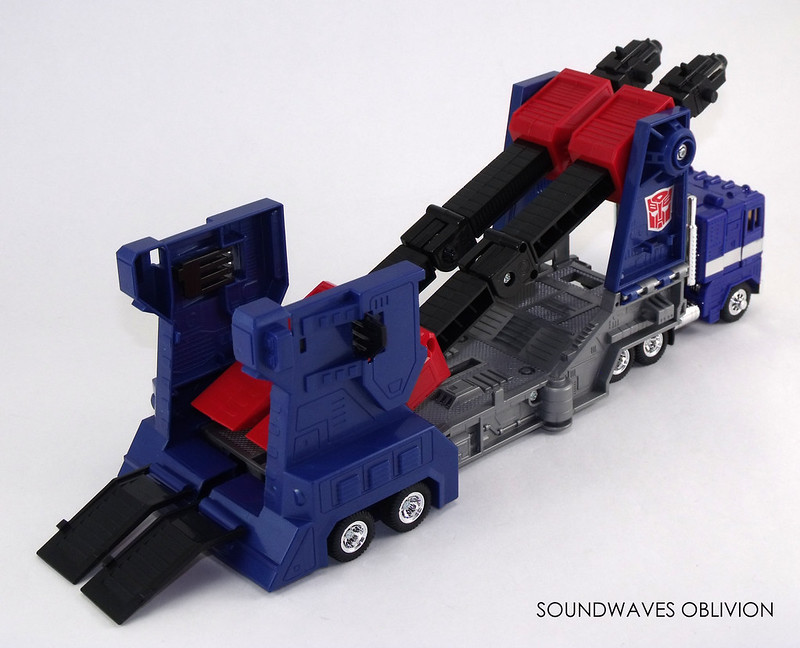 Ultra Magnus "Movie Preview Version", was sold at Tokyo's Toy Festival on the 26th February 2001 and was apparently limited to 1,500 pieces. This figure is one of many exclusive reissues Takara released in 2001 and I'm quite surprised to see that this particular piece fetches a high price on online auction sites. 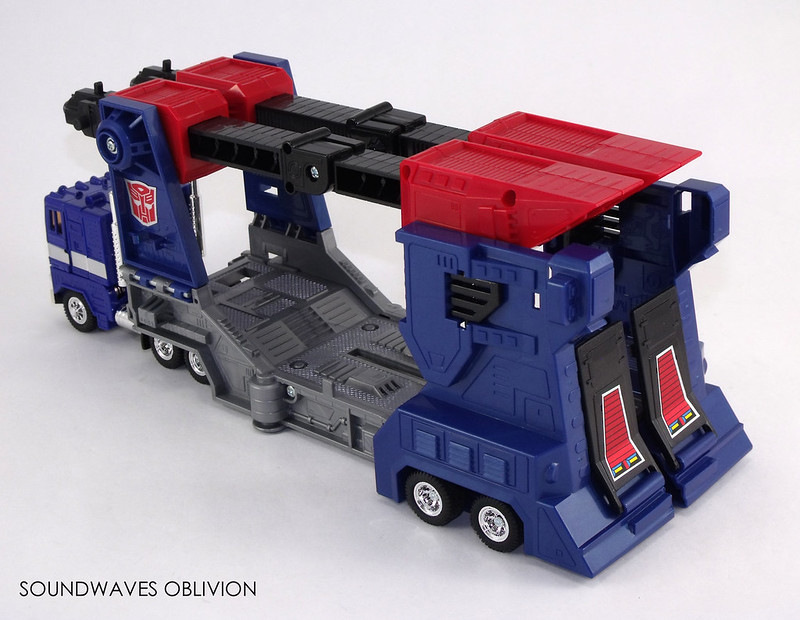 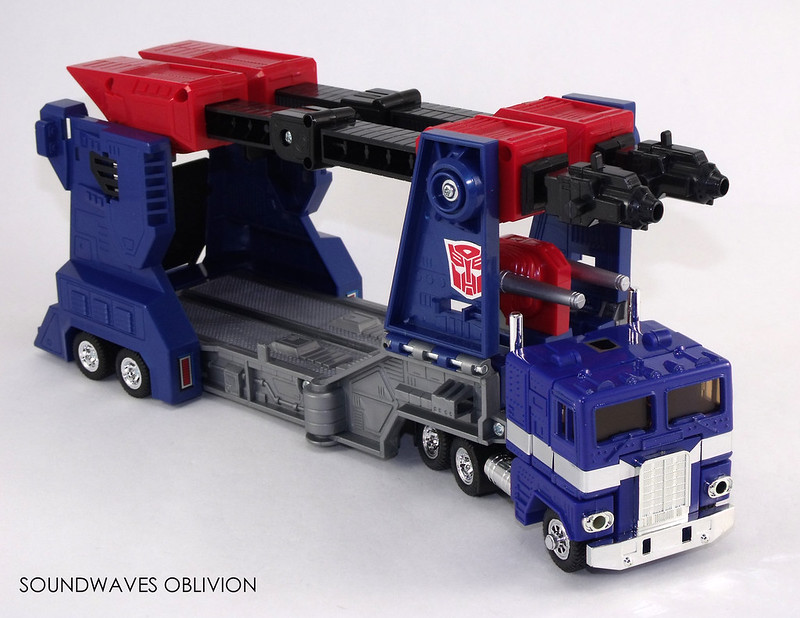 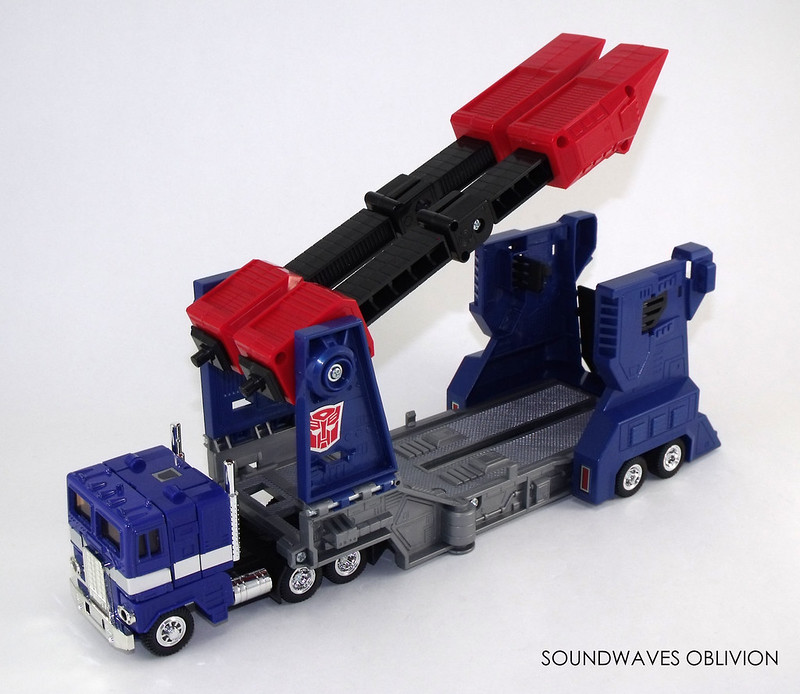 Called the "Movie Preview Version" as it is based on the colour scheme as seen in the Japanese trailer for the 1986 Transformers the Movie, this version shares Ultra Magnus' collectors card so there is no backstory or hint that this is a separate character. The Delta Magnus release in the Masterpiece line does offer a possible backstory to this figure. 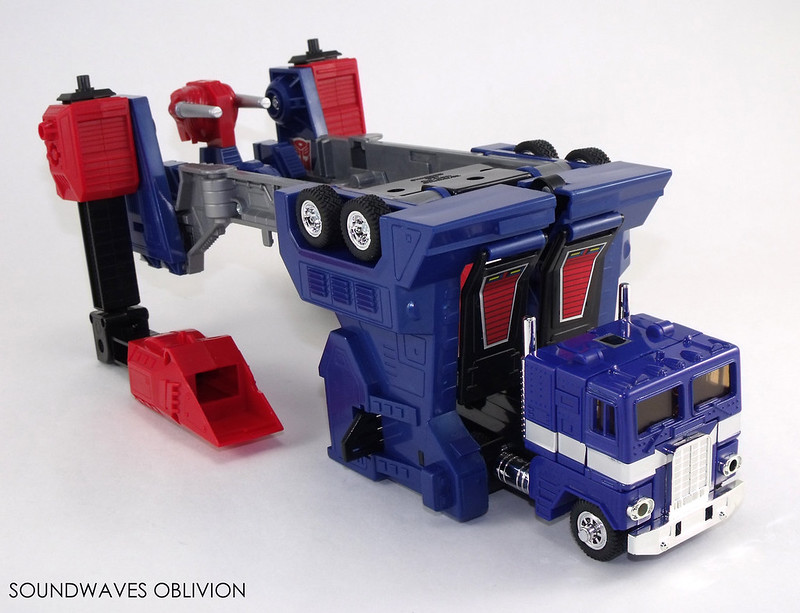 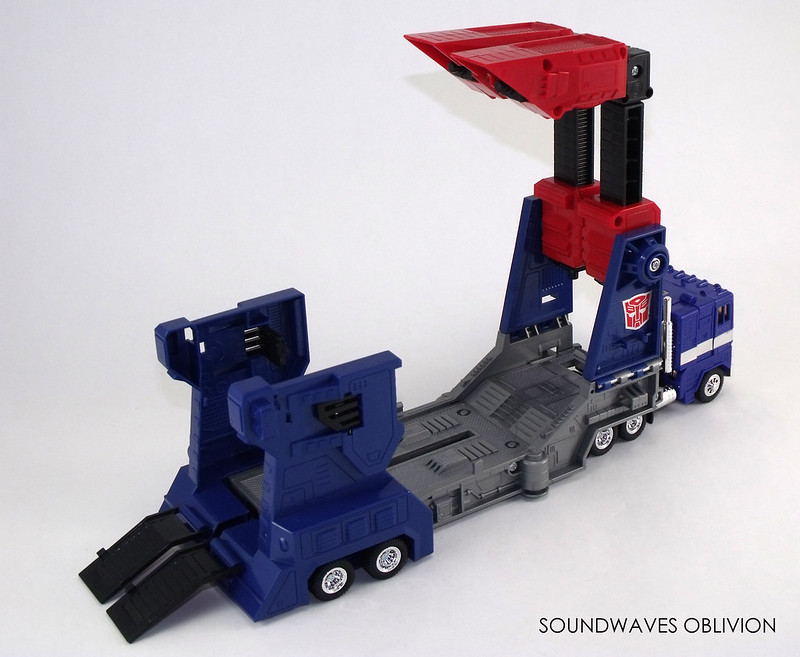 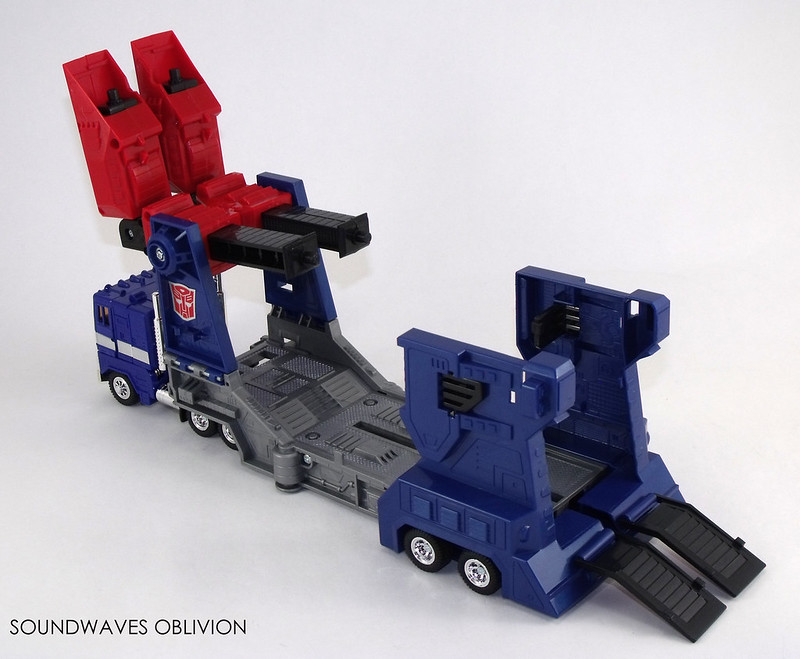 The small cab section is blue, the robots head, fists and legs are either very dark grey or black in colour. The main trailer section is dark metallic grey with deep blue uprights and legs. The arm sections are black and red. One issue I have with my figure is when transforming to the larger robot, the big head is quite a tight fit over the smaller head and the front of the head has a bit of wear to it, albeit not too noticeable. Its a shame Takara didn't release the smaller buggy with this figure although as its not supposed to be the Diaclone version and its an exclusive with a minimal production run, I can see why they didn't. 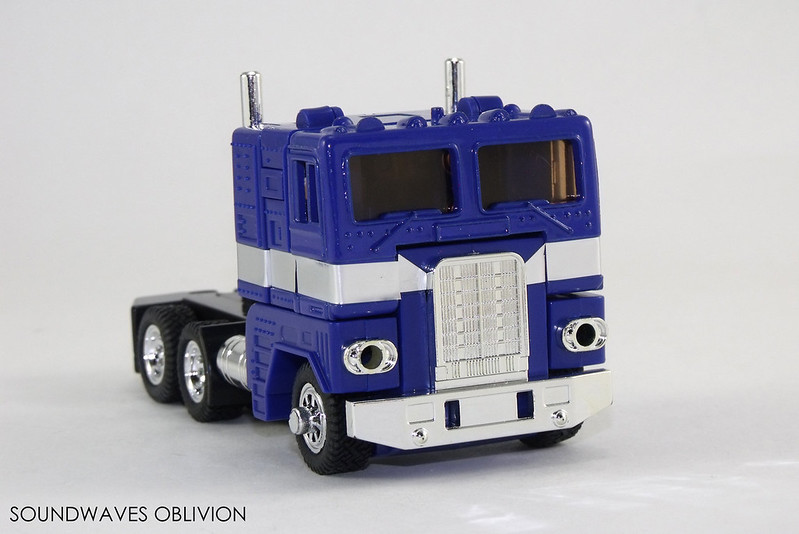 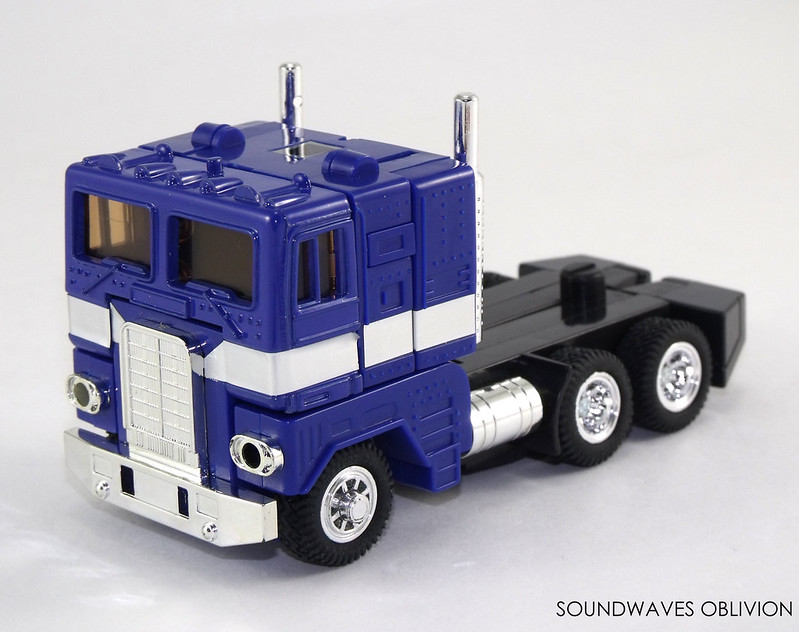 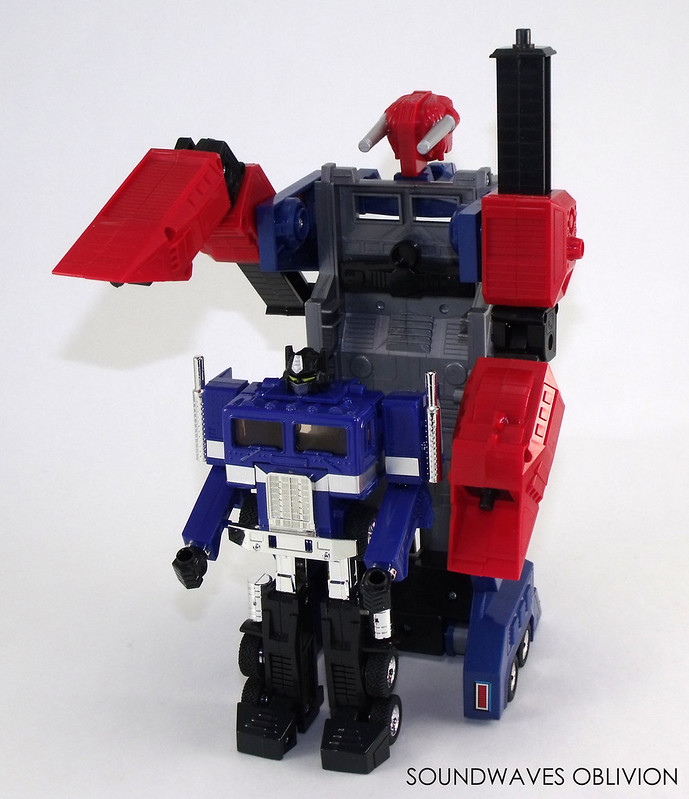 This particular figure in this colour scheme was originally released in Takaras Diaclone Car Robots toyline in 1984 called "Powered Convoy"; it was released in 2 particular variations. Both came with a small red buggy called "Powered Buggy". One version of Powered Convoy is near identical to the reissue, the second is the "plated version" which has a lighter grey trailer which has a chromed main body, the blue plastic is a slightly different tint and it also comes with white missiles rather than the grey versions. The plated version is also one to avoid transforming as the blue plastic is incredibly brittle. 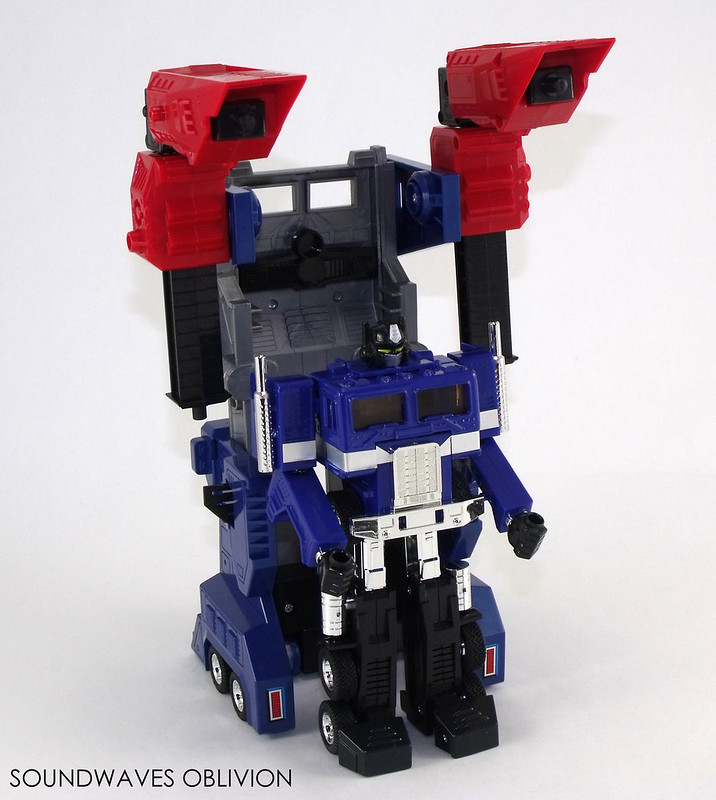 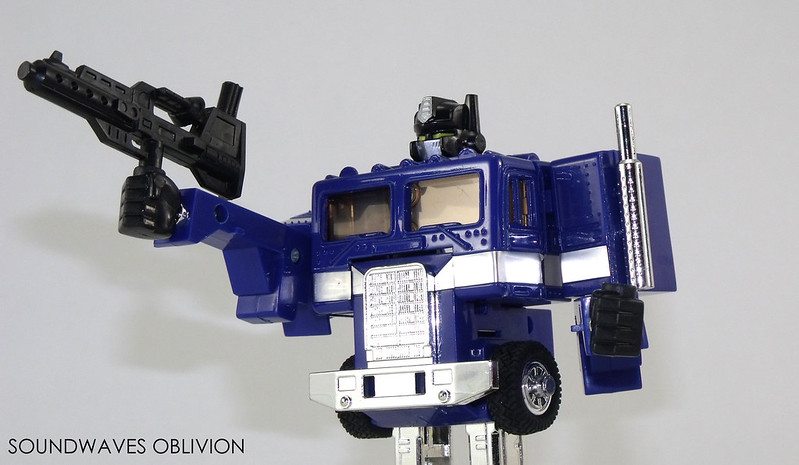 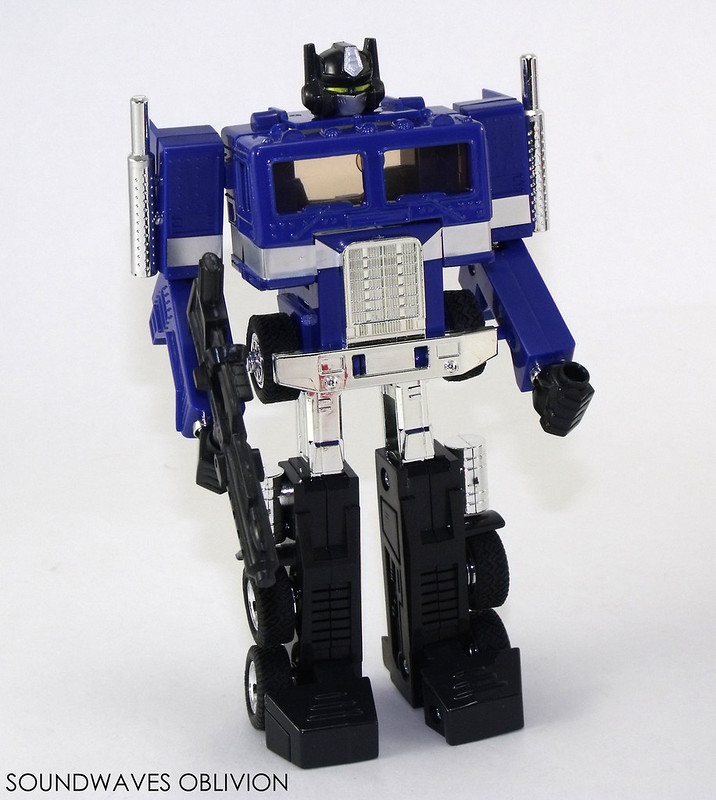 Takara released Powered Convoy a third time in a giftset which came with a black New Countach LP500s (Deepcover) and a red Ligier JS11 F-1 (Mirage). The Powered Convoy in this set was the plated version. 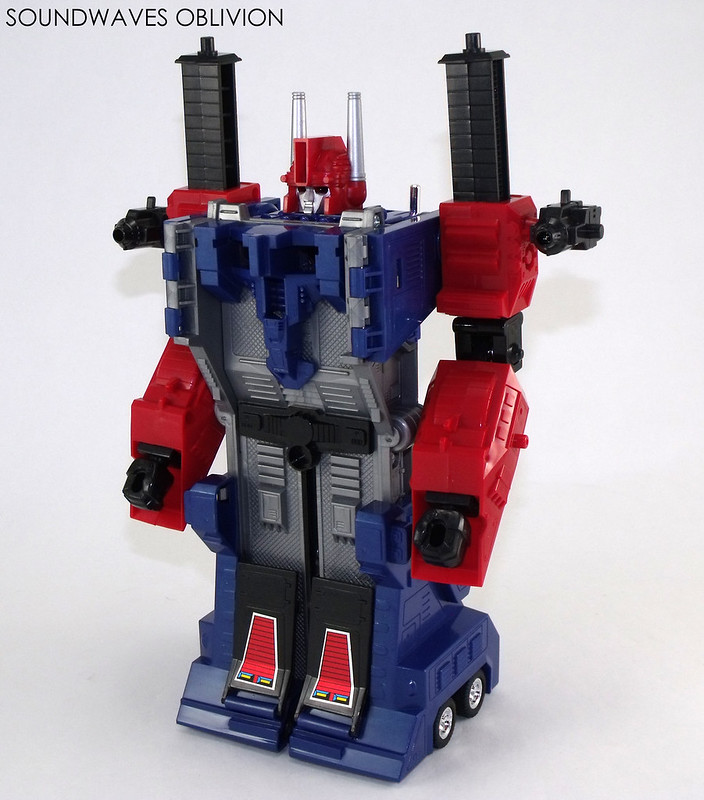 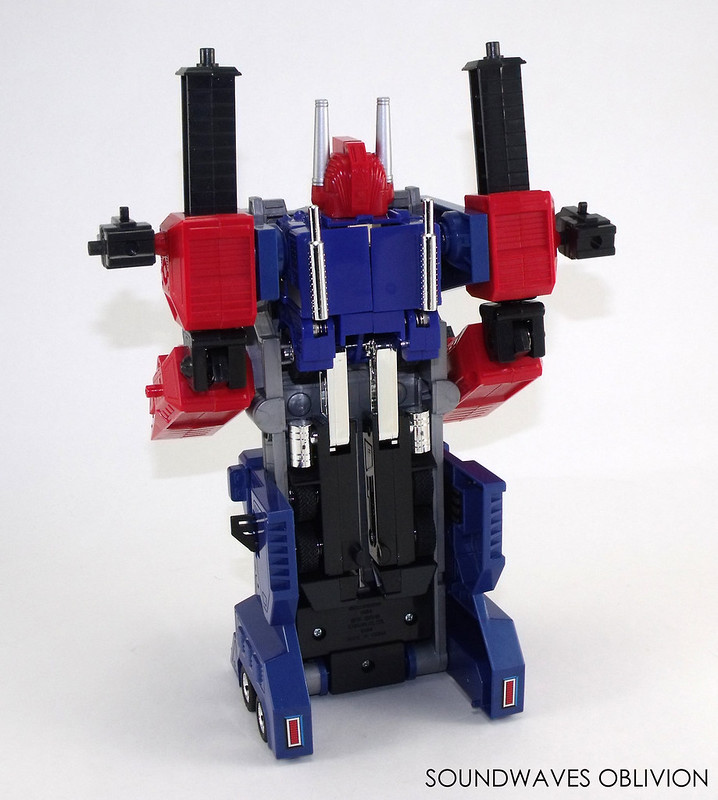 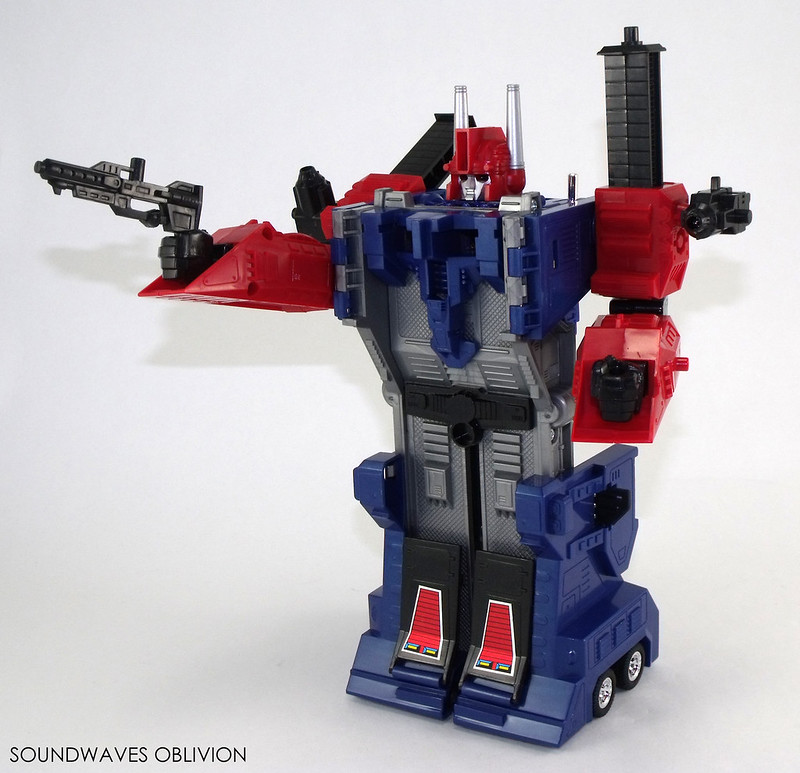 Though considerably cheaper to get hold of than the Diaclone versions, it's hard to recommend this piece unless money is no object. 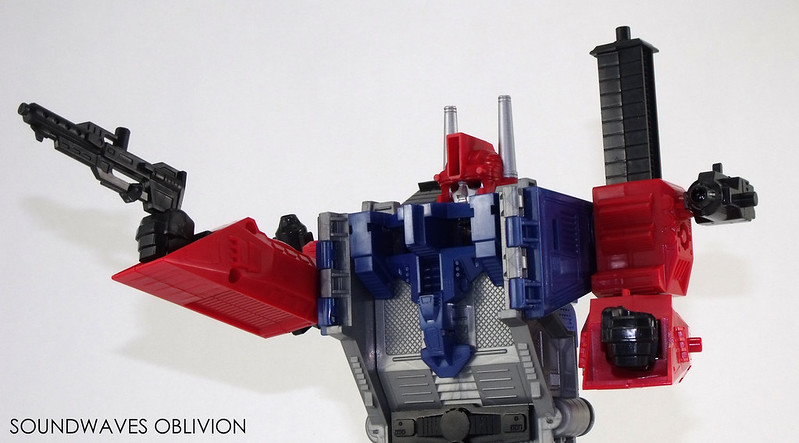 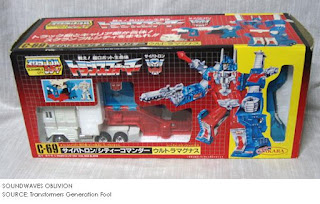 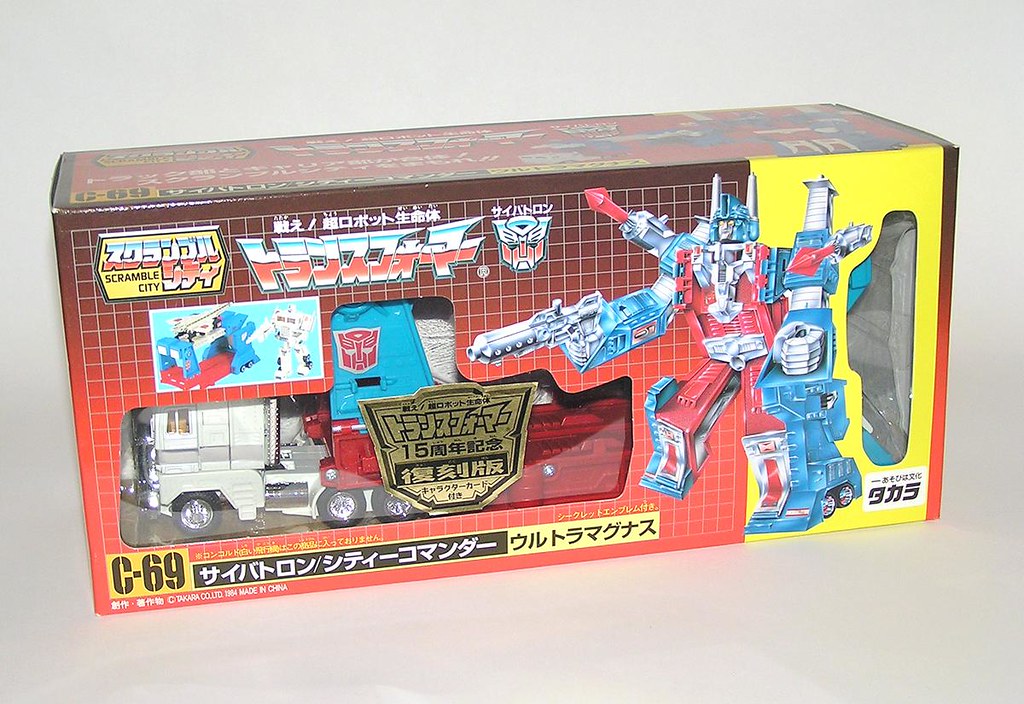 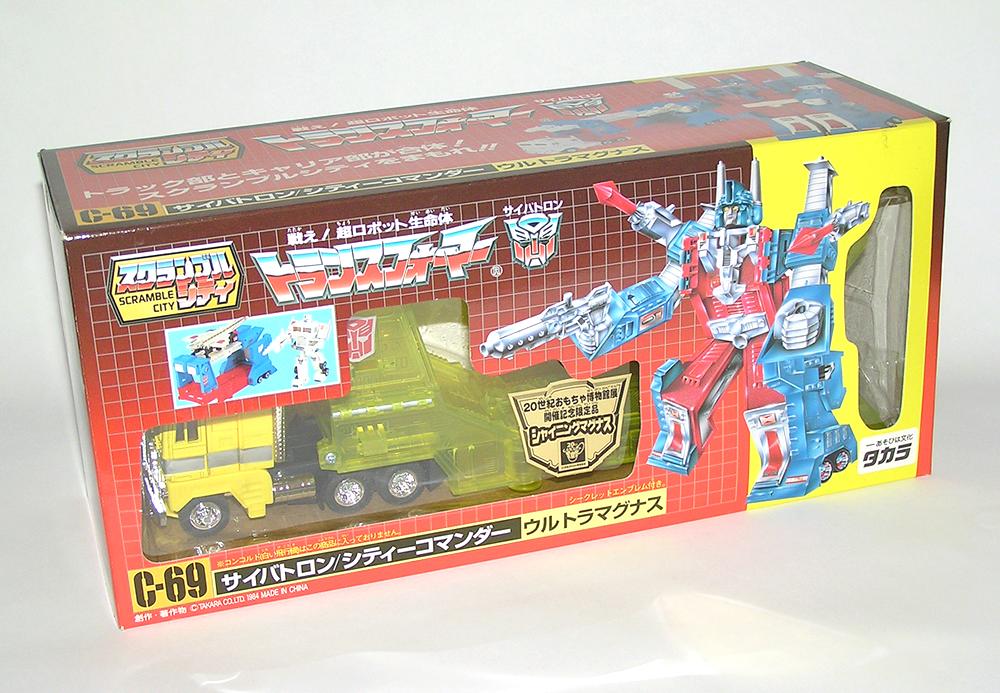 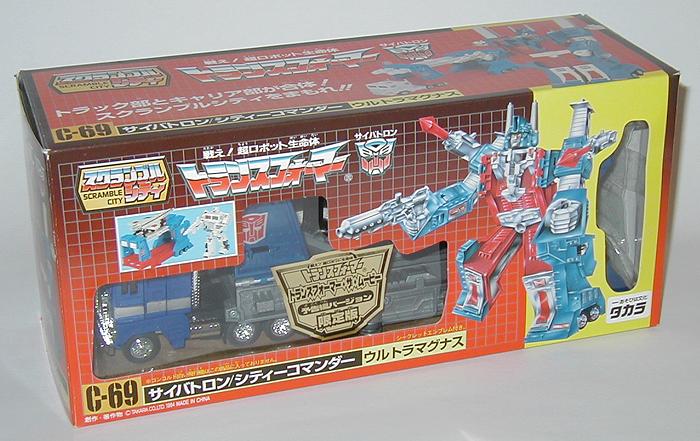 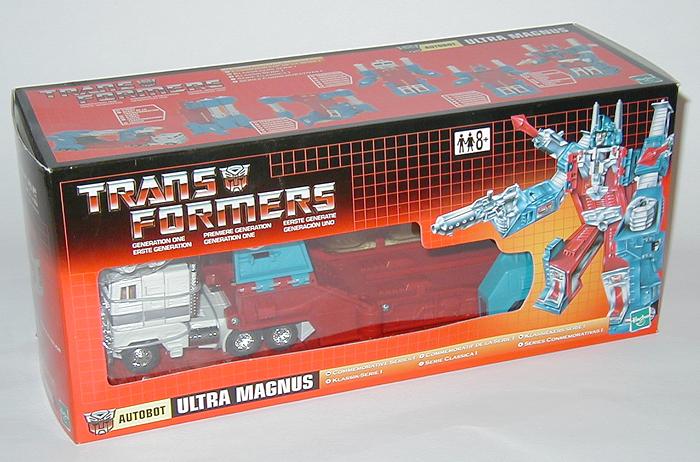 Email ThisBlogThis!Share to TwitterShare to FacebookShare to Pinterest
Labels: Diaclone, Generation One, Reissue