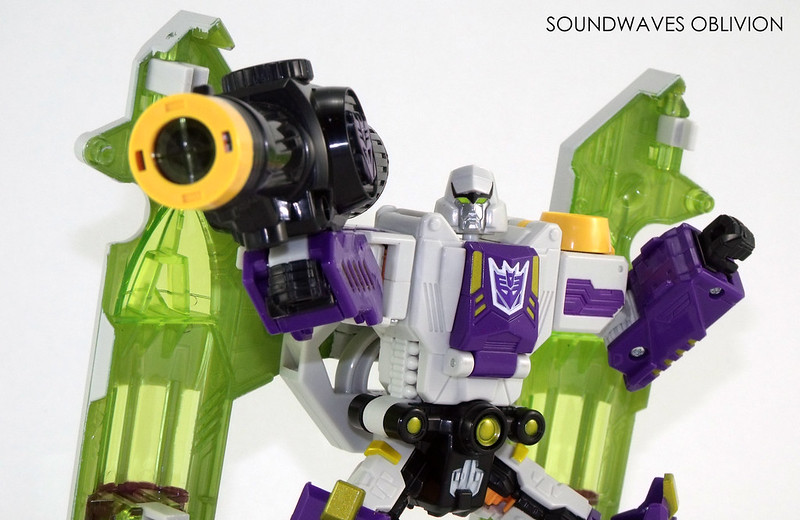 Motto: "Lesser creatures are the playthings of my will."
Megatron is the most feared and powerful leader in the history of Cybertron. His might is legendary, and his name is spoken only in whispers. He will stop at nothing in his drive to conquer the universe. So great is his will to power that even his own followers are little more to him than fuel for his war machine, and his enemies are less than the dust he grinds beneath his heel. He is always at the front of any Decepticon charge, soaring into the sky and vaporizing enemy positions with his anti-proton pulse cannon. The mere sight of his snarling face is enough to break the spirit of many an Autobot. 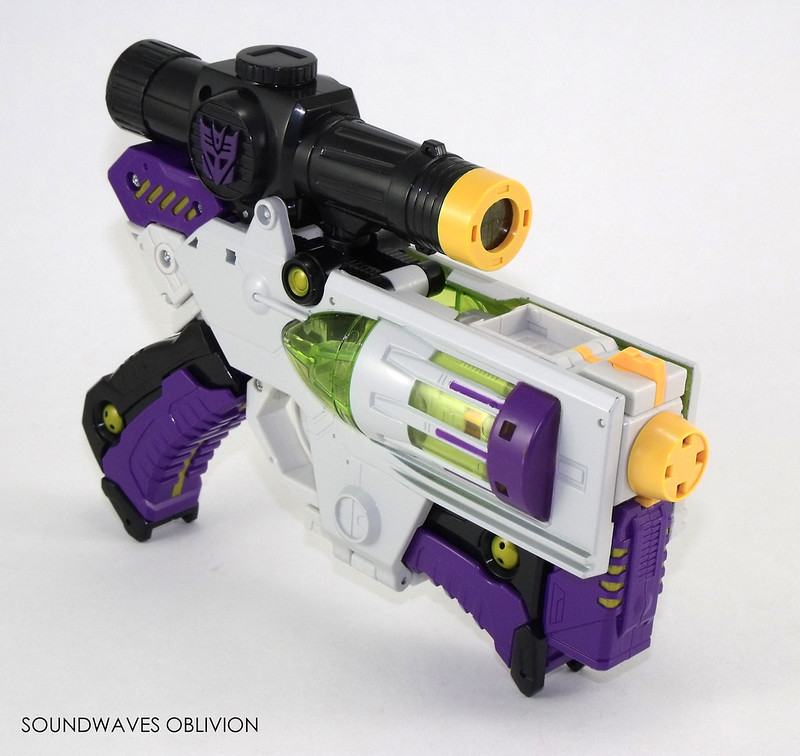 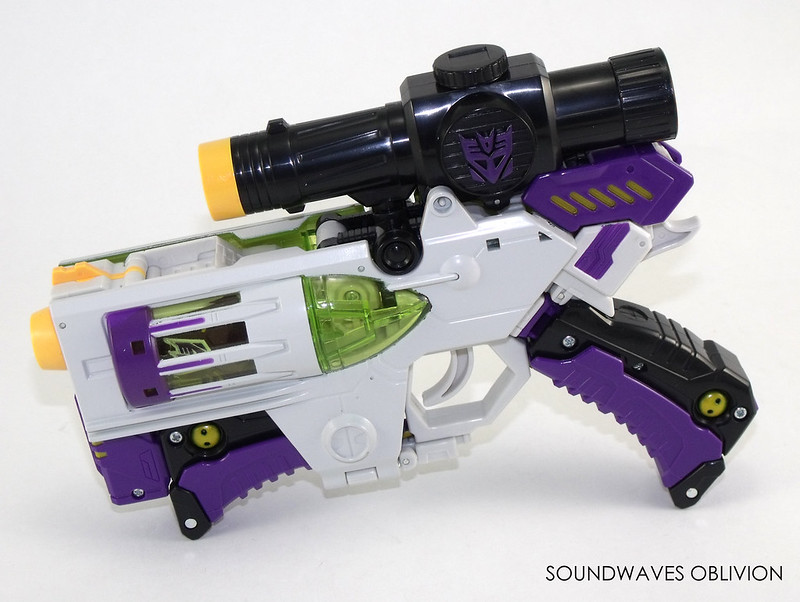 The "Classics" line was only short lived and was seemingly a filler before the 2007 Transformers Movie line was released. This particular toy line has perceived evolving into Universe 2.0, Generations up to Titans Return. 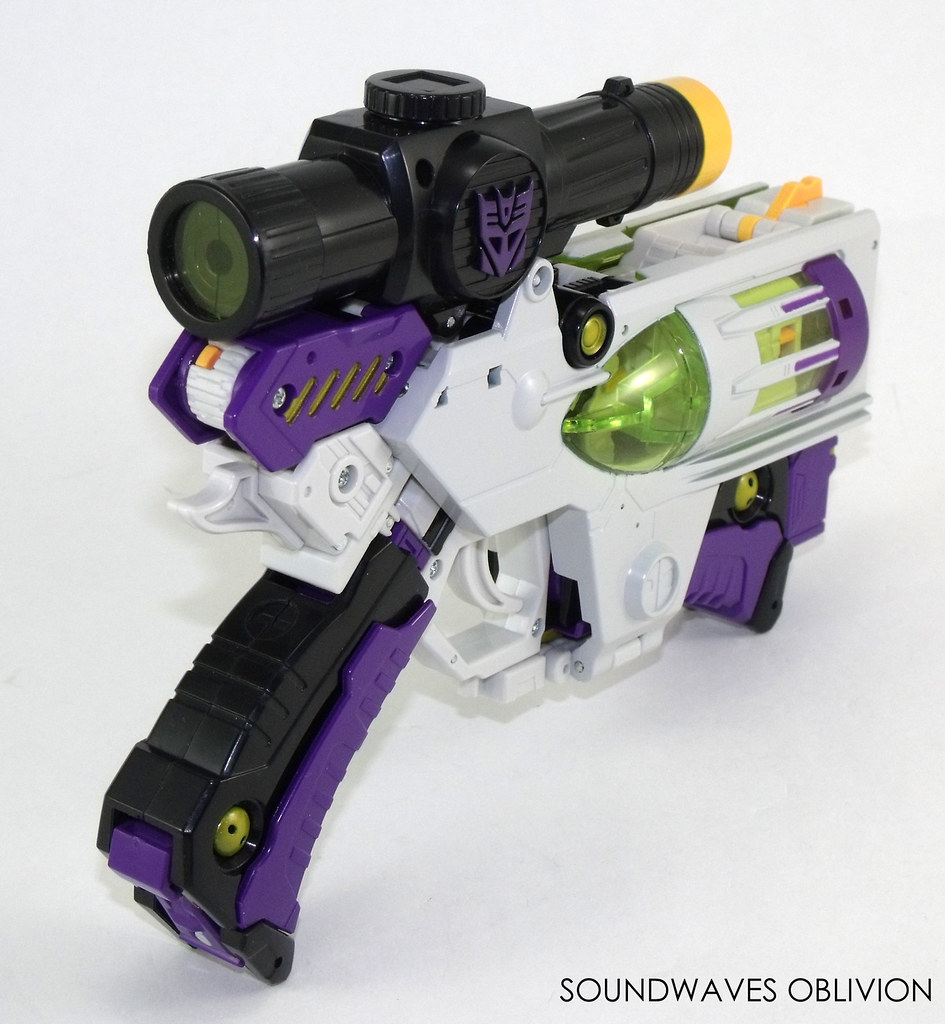 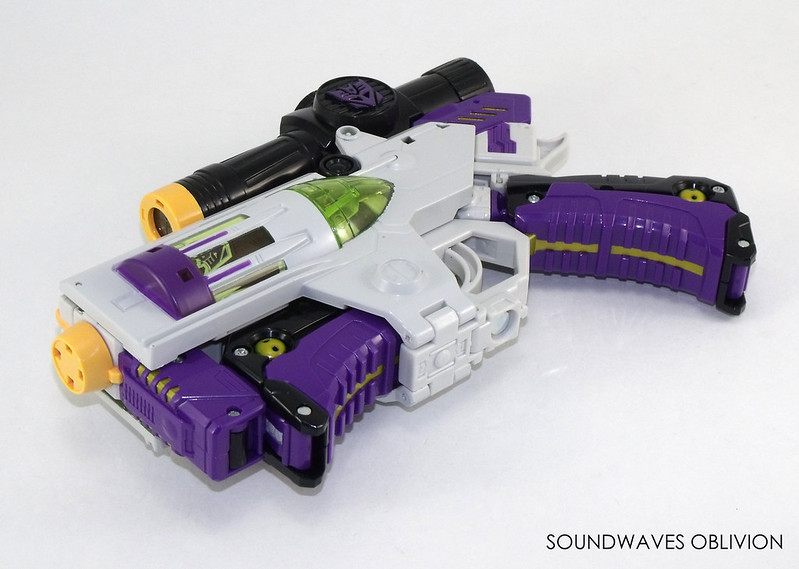 The one think the Classics line did which was surprising was to bring Megatron back as a hand held gun. Rather than a realistic gun as the original 1984 Megatron, this particular Megatron was based on Hasbro's Nerf N-Strike Maverick Gun.


Megatron retained his main grey colours along with brighter colours such as purple, orange and green to emphasise that this is a toy. Megatron has a decent transformation and is not too complex. The gun scope is Megatrons fusion cannon which now sits in the underside of Megatrons arm rather than on top of his arm or to the side, but you can twist the arm to accommodate various poses. The fusion cannon cannot be removed either. One noticeable thing in robot mode are his "wings" which are formed from the gun halves, rather than ignore it, these are even a stand out "feature" noted on the back of the box. It would have been preferable to incorporate them in robot mode a little better. 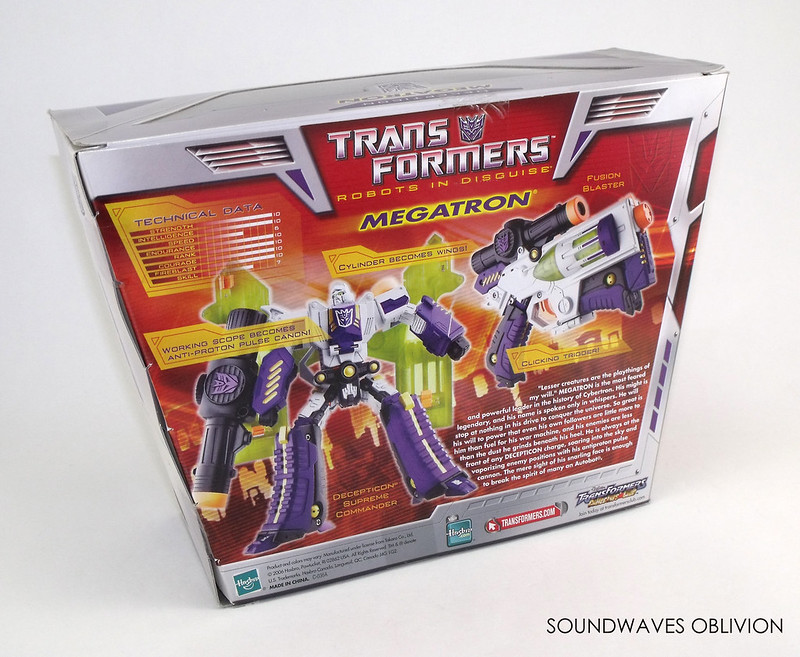 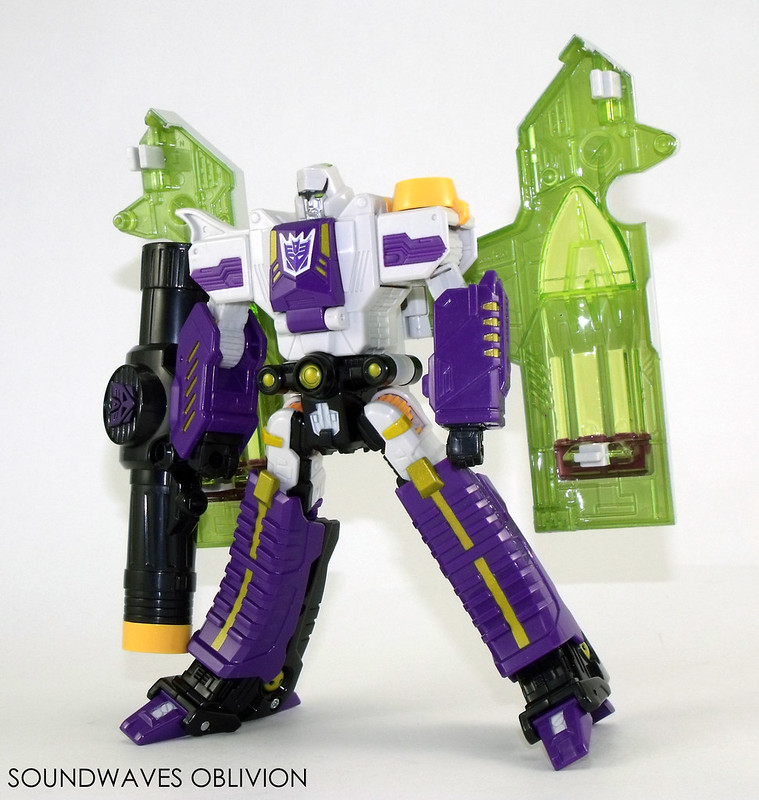 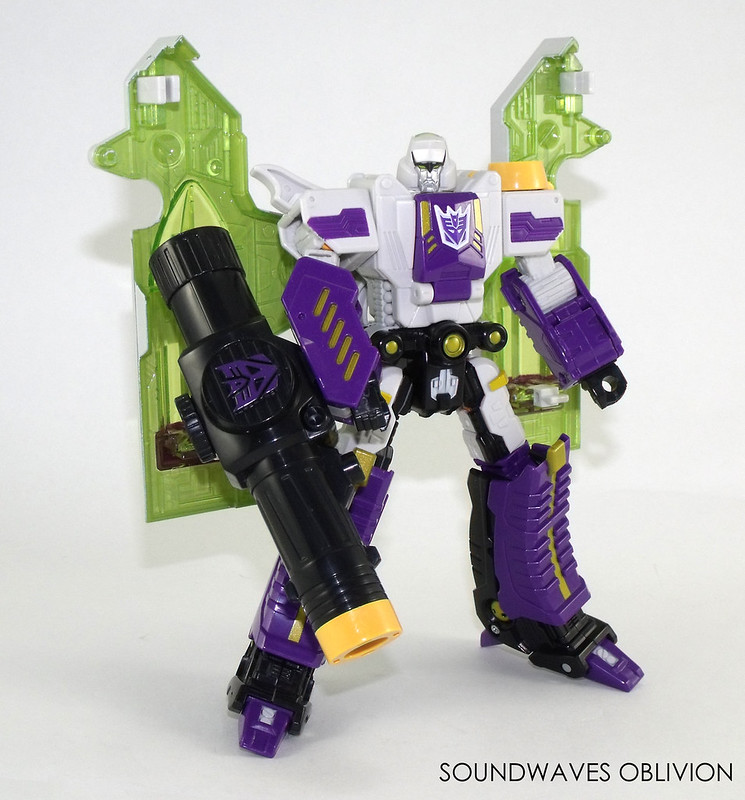 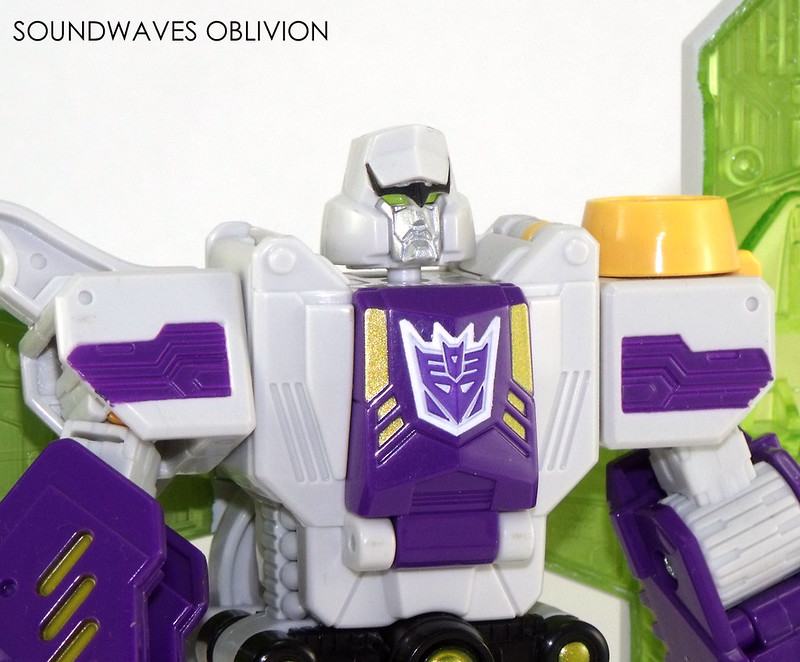 This is a very good update on the Megatron figure and if you can look past the wings and colours this is certainly one to pick up - or go for the "Transformers United" Megatron, which features a more G1 accurate colour scheme. One thing to note on the Classics figure though is the bright orange plastic, over time it seems to lose its colour. The orange on mine is certainly nowhere near as bright as it once was 10 years ago, however this figure still holds up and was even re-released recently in a Platinum Edition VS set called "One Shall Stand, One Shall Fall" with Classics Optimus Prime. 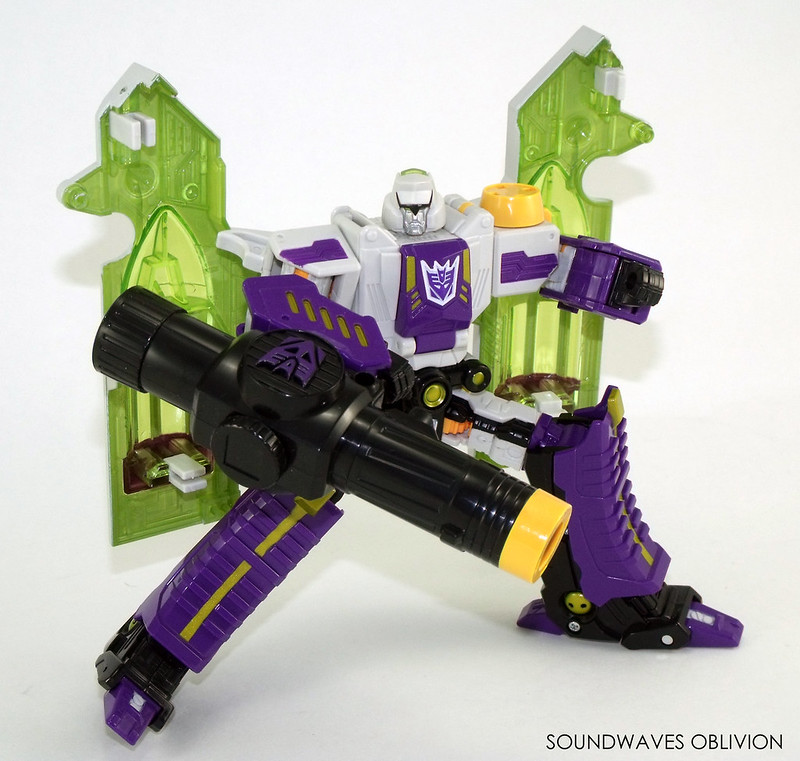 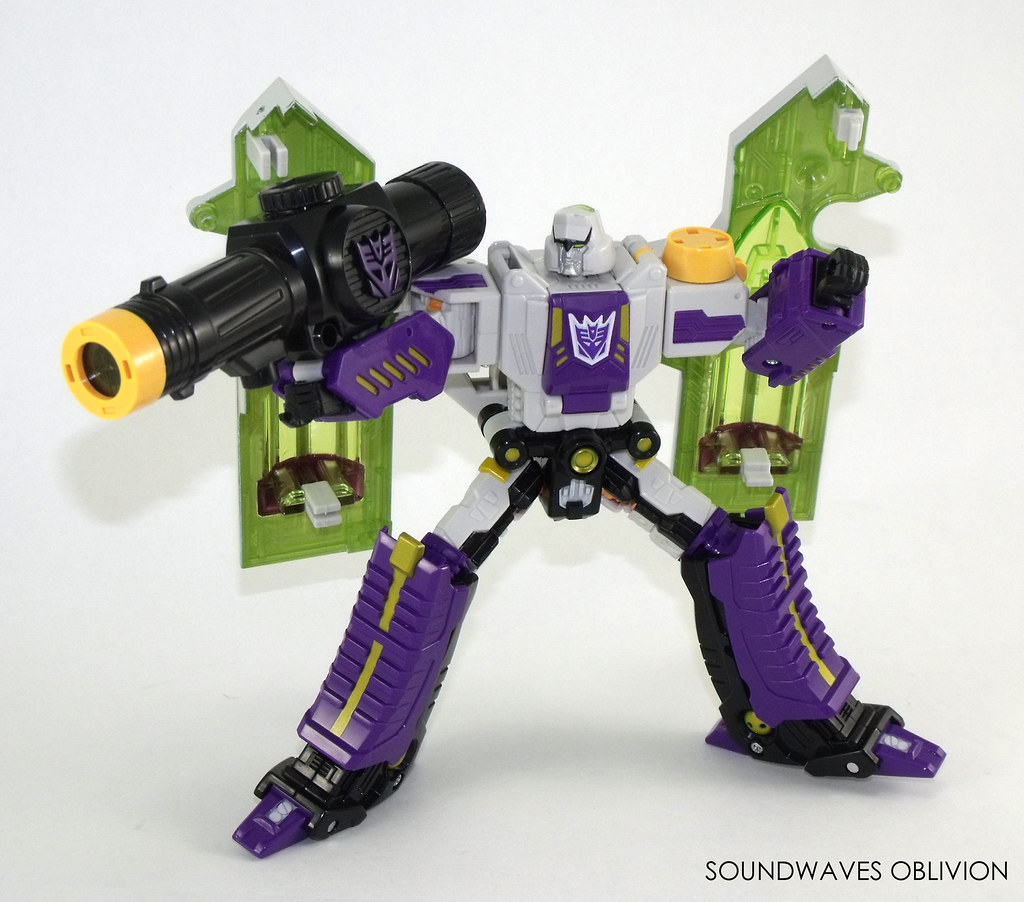 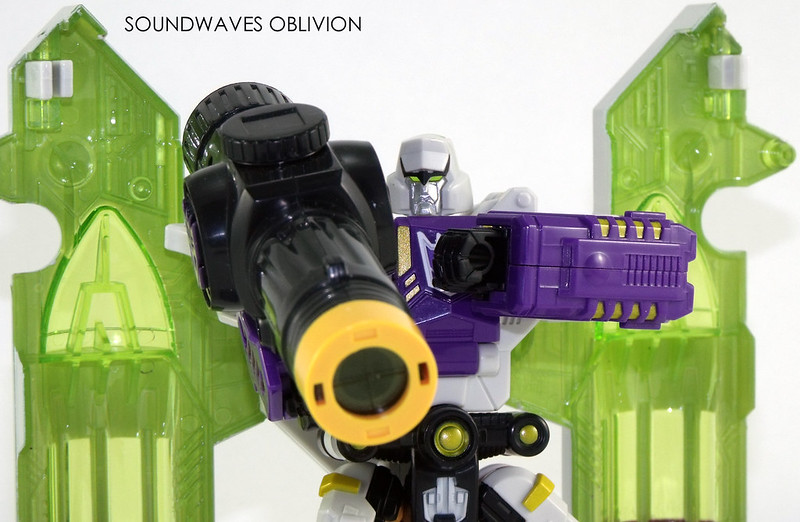 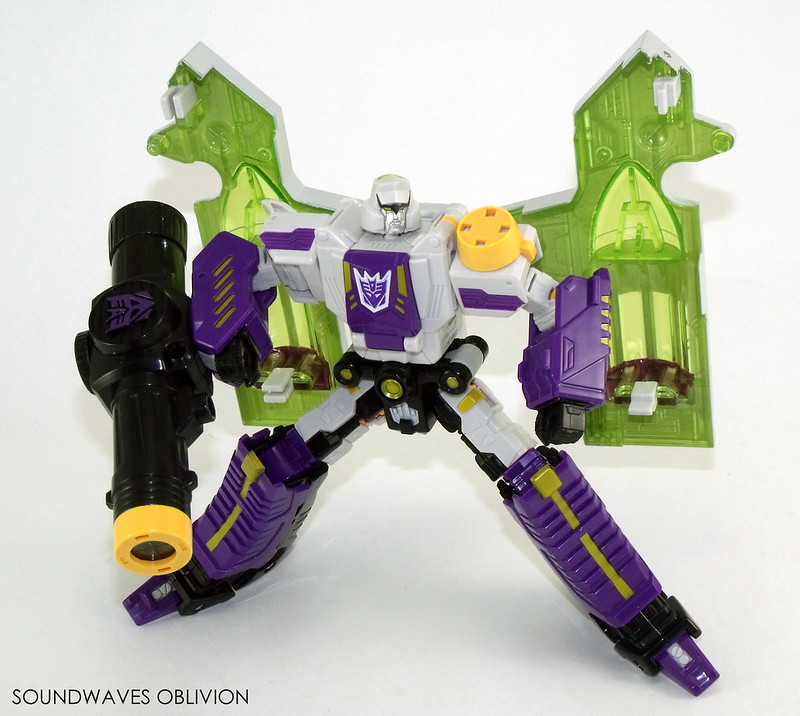 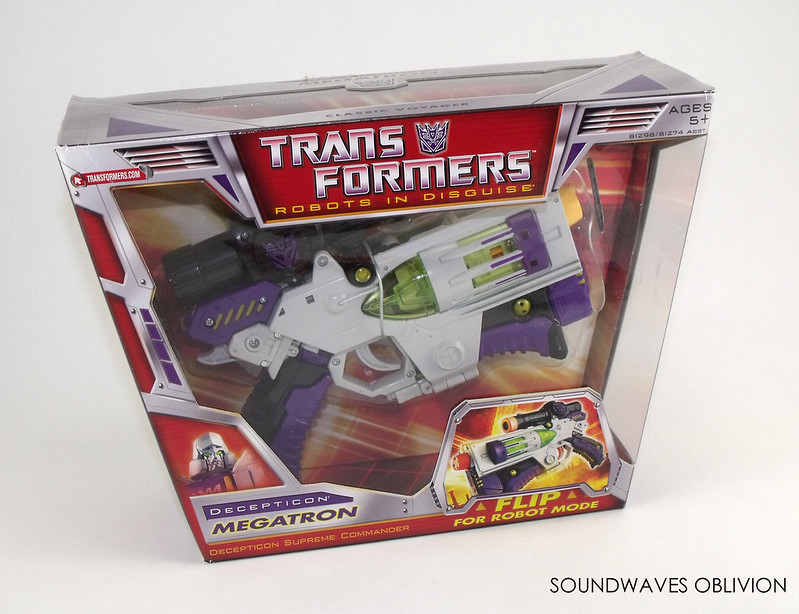 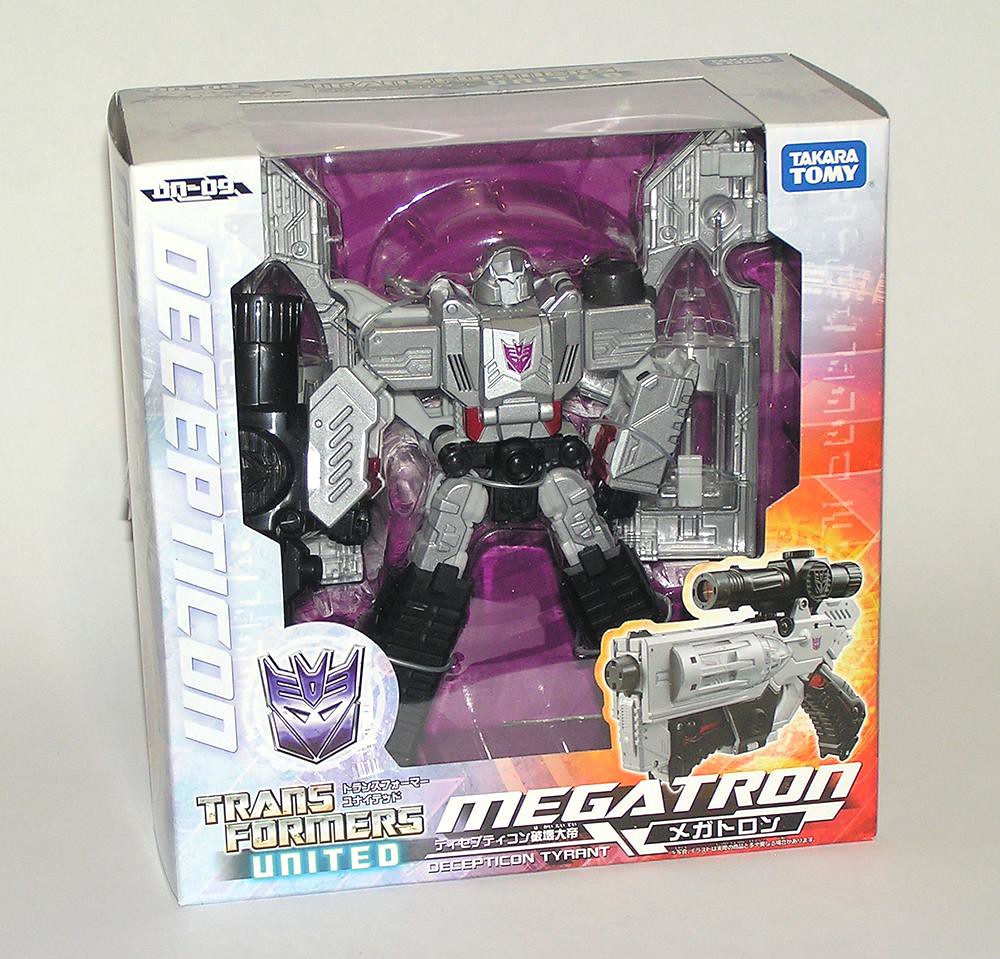