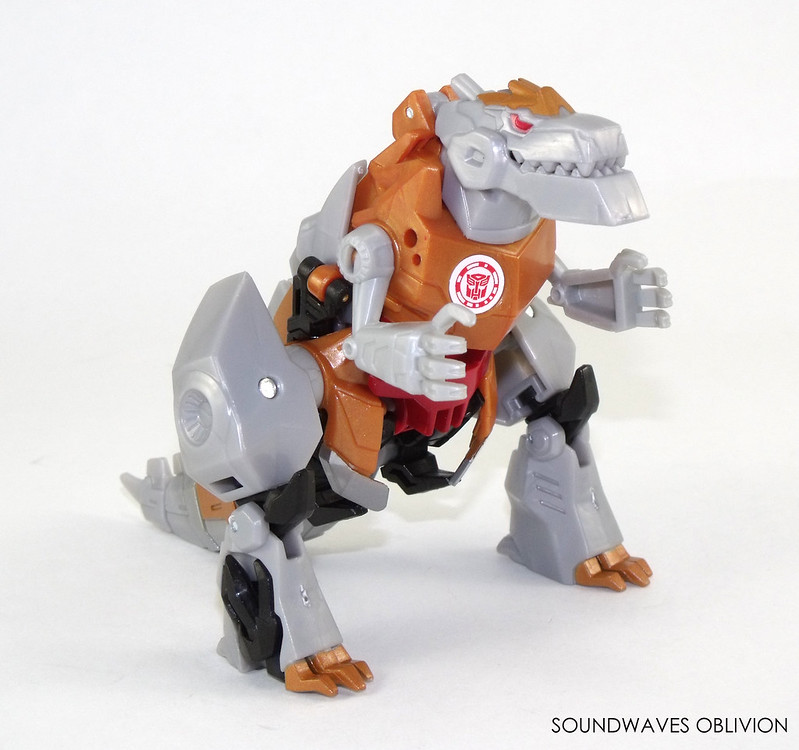 (Profile Translated from TAV02 Grimlock)
Function: Dinosaur Warrior
Profile:
Dinobot warrior Grimlock transforms into a T-Rex. A powerful transformer who mows down enemies with his powerful tail and attacks with his sharp jaws. In the distant past he was remanded due to his scary appearance despite his innocence. Initially hostile towards the Autobots but has gradually opened up, warming to both his companions and the humans. Now the good-natured Grimlock, along with his comrades set out to capture the escaped Decepticon prisoners.
STR:10; INT:5; SPD:5; END:10; RNK:6; CRG:8; FBL:9; SKL:7; TTL:60 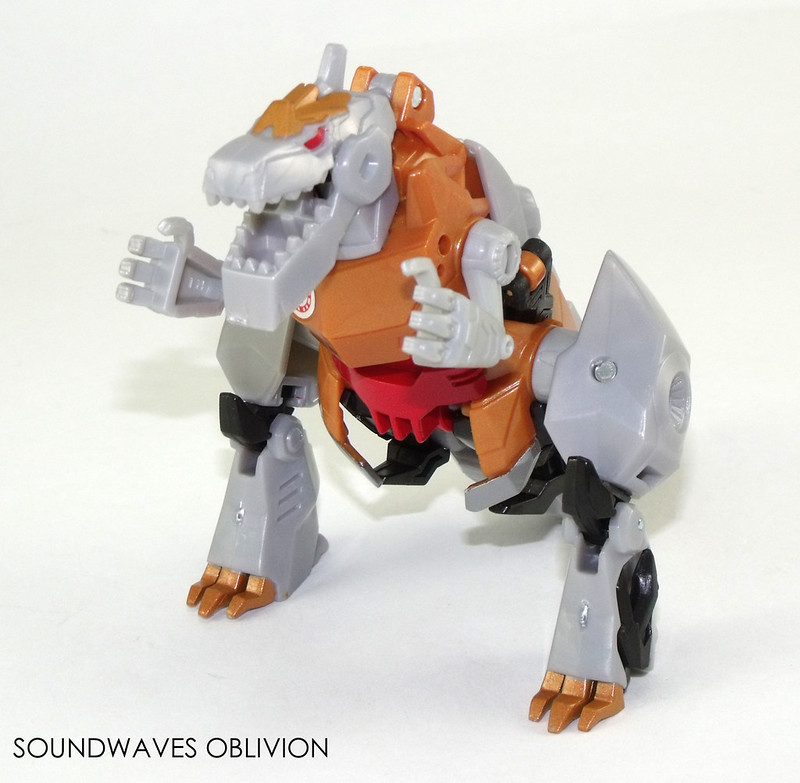 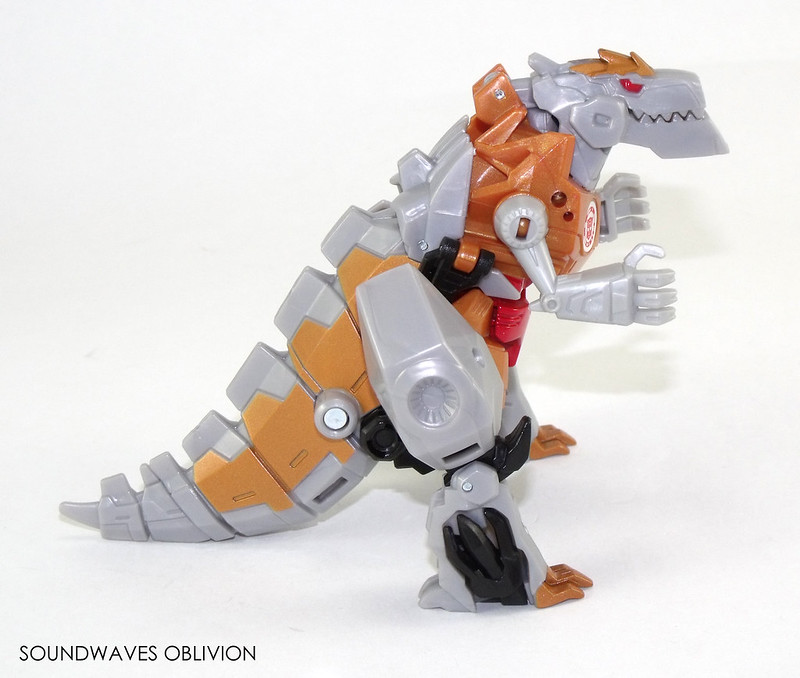 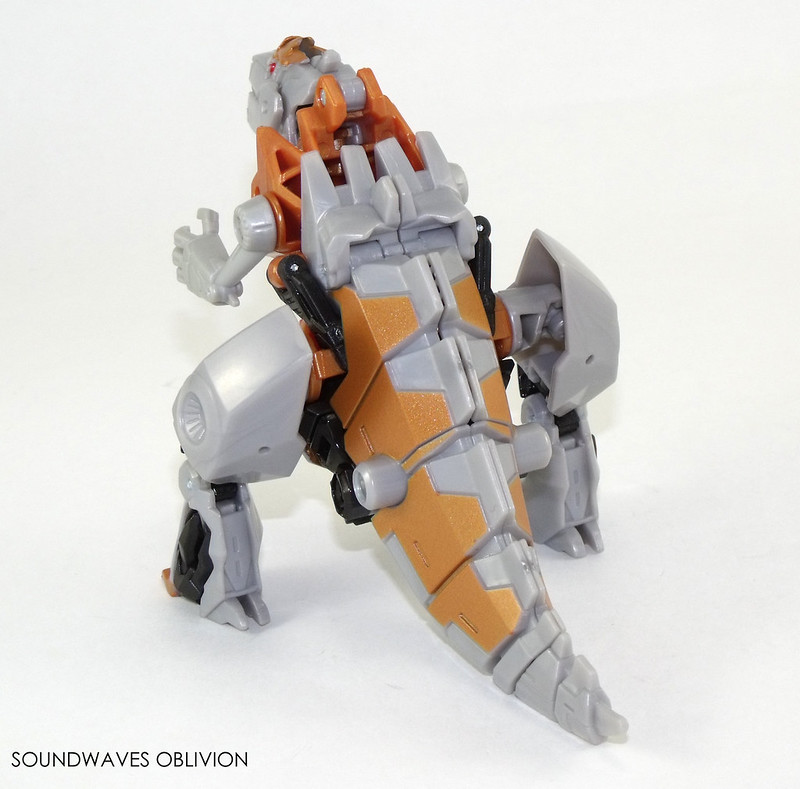 Grimlock was originally released in green and black colours but was eventually released in a G1 inspired deco in a later Wave called Gold Armor Grimlock. This figure featured a different head mould to look like G1 Grimlock as well as mould improvements to the robot arms (previous releases suffered breakages due to the elbow joint). 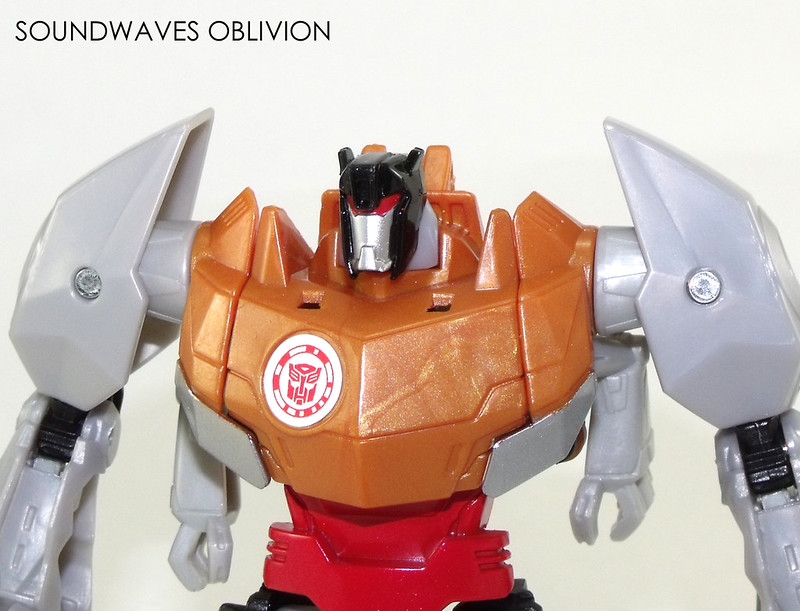 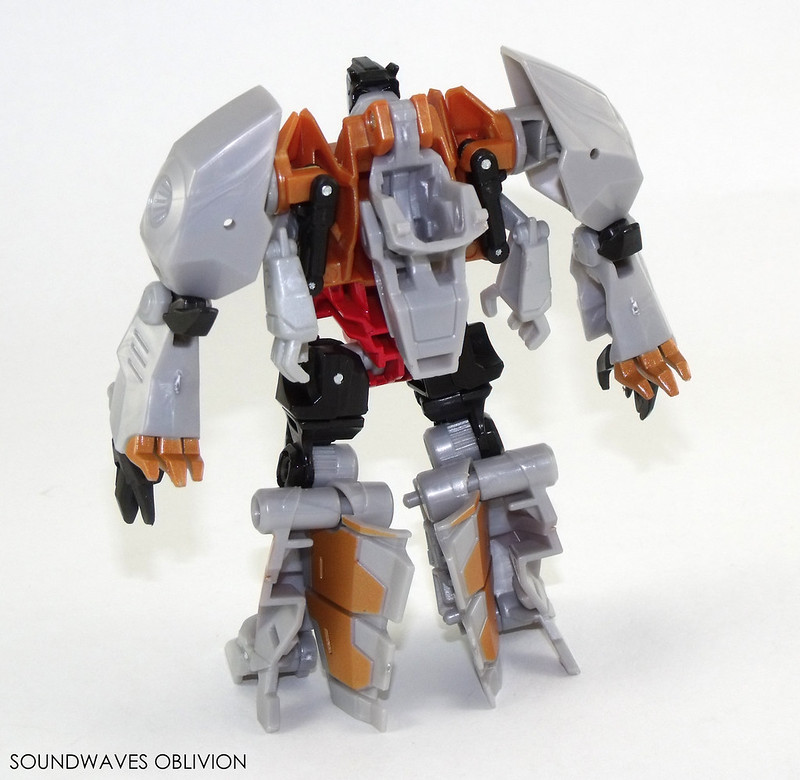 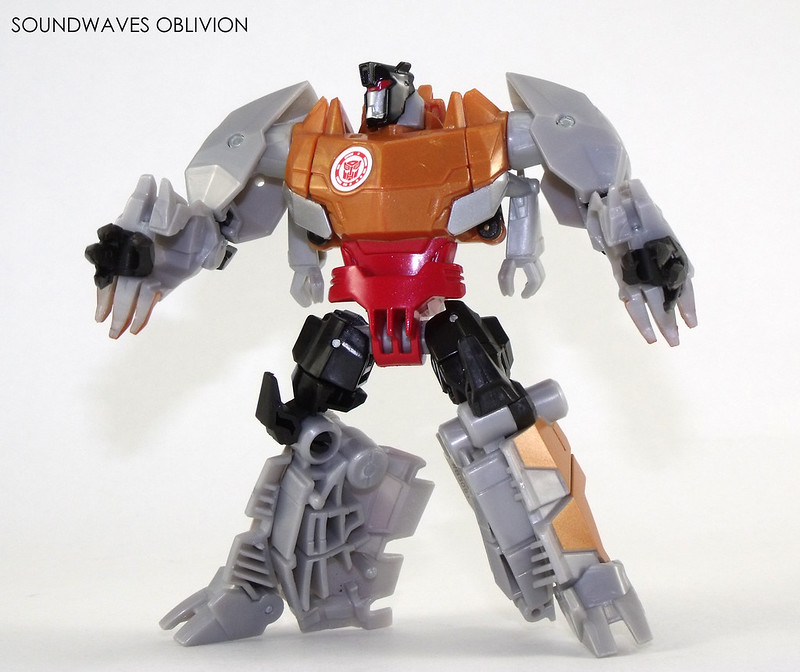 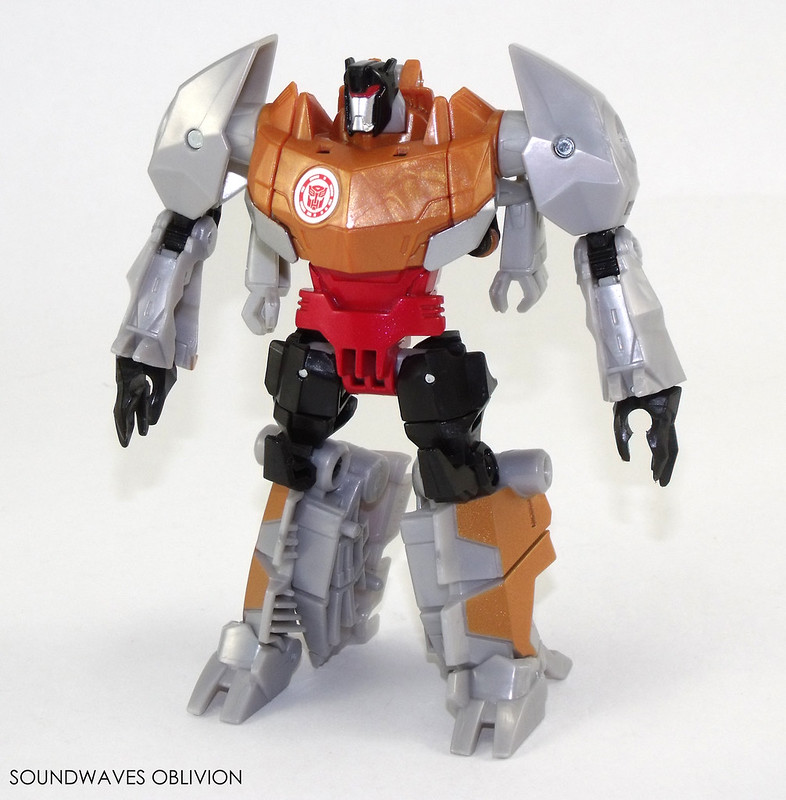 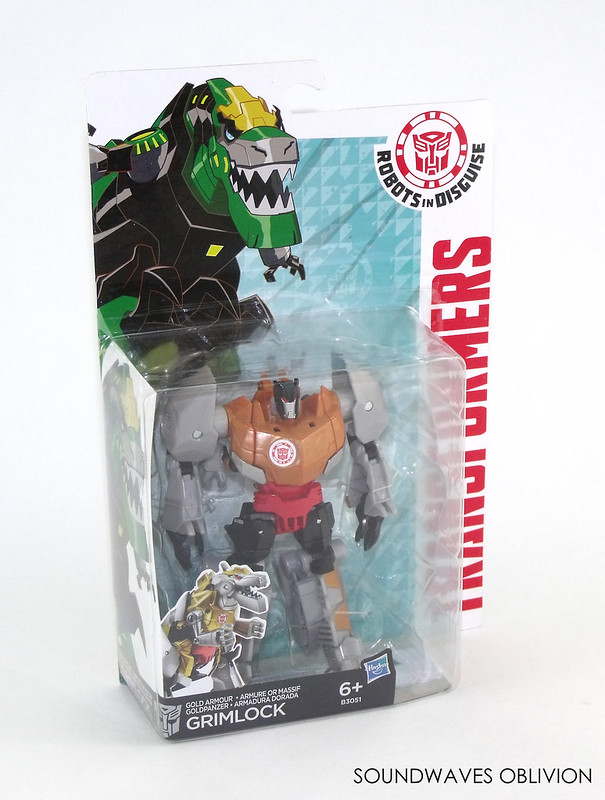 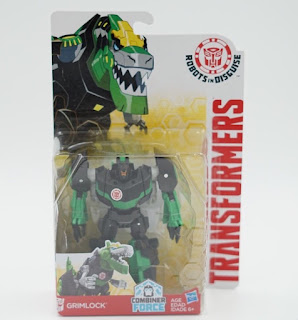