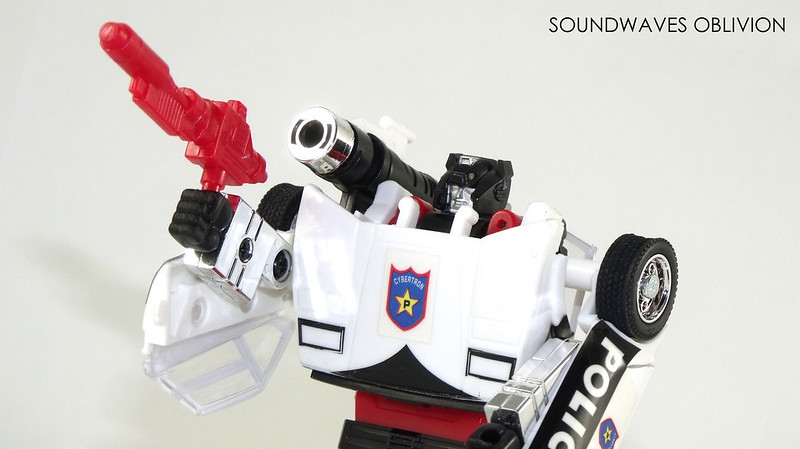 (Profile Translated from the character card)
Function: Police Officer
Transformation: Supercar Police Car
Ability: A robot policeman dispatched from Seibertron to an Earth police facility through an interplanetary talent exchange program. Cooperating with human partners, every day he devotes his efforts to the safety of his region. Unsophisticated and kind-hearted, he cracks down on vicious crimes with a firm manner. Now and then he'll conflict with the locals or his co-workers owing to differences in culture or moral concepts.
Weapons: Flash Bang Grenades & Automatic Handgun
STR...9; INT...7, SPD...9, END...6, RNK...5, CRG...8, FPR...6, SKL...7, TTL...57 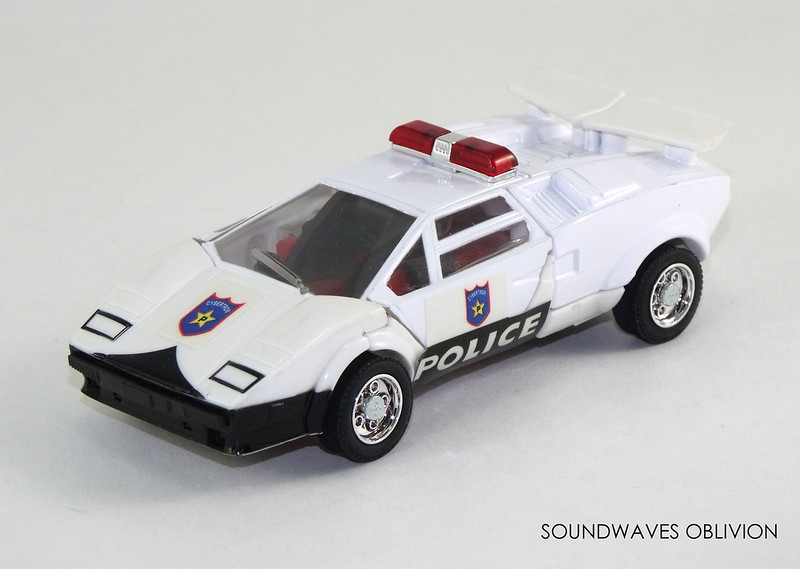 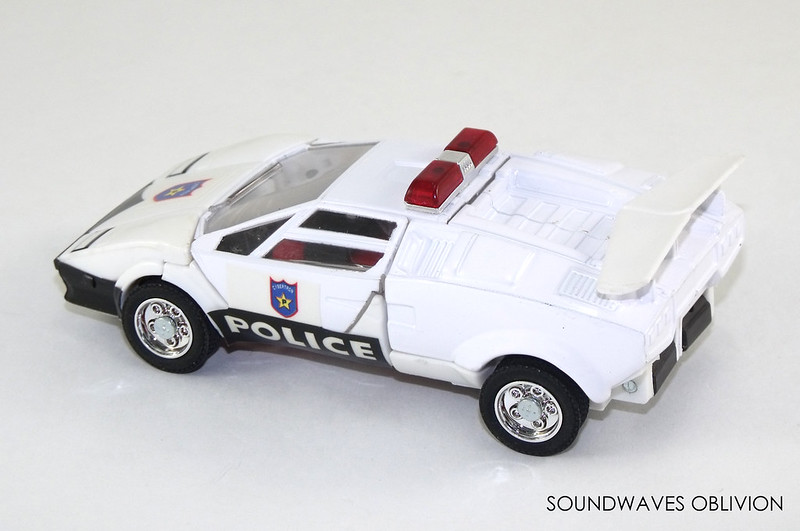 Clampdown was sold as a set together with Deep Cover as an e-Hobby "New Year" exclusive in 2003. Up to this point the figure / character had not been released in the Transformers line with the police car livery. 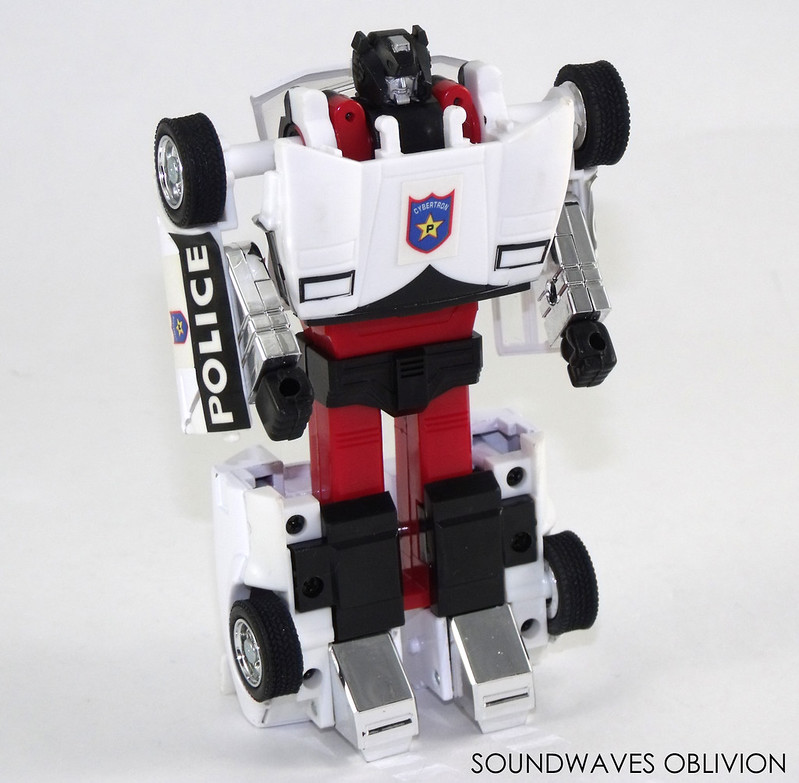 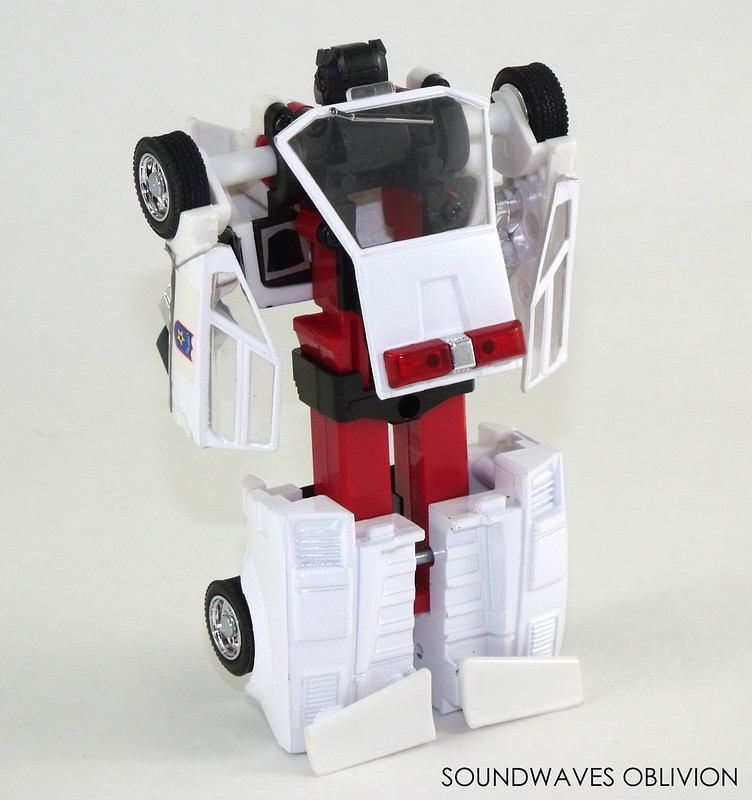 In Italy, GiG also released the New Countach LP500S Police Car in their Trasformer Auto Robot line in 1984. As with the other "Auto Robot" figures this was near identical to Takaras original release though it came with the mushroom safety missiles and the Inch Man / Diaclone Pilot was also excluded from this release. 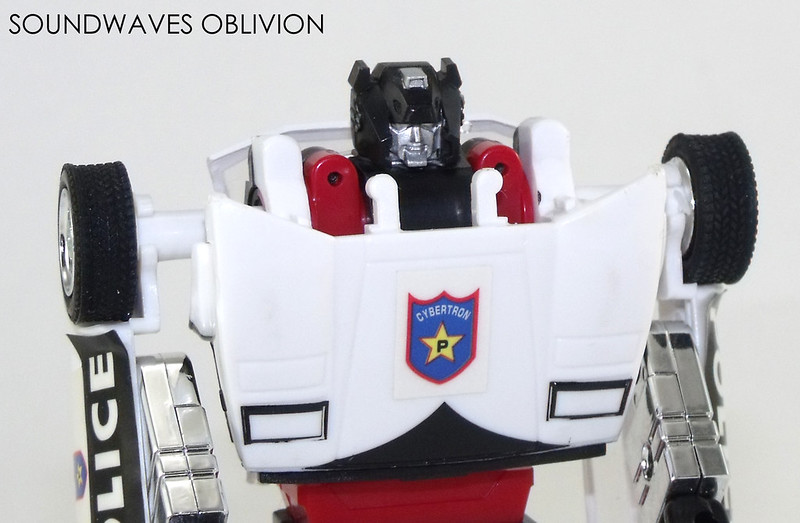 In 1985, Hasbro used the New Countach LP500S Police Car Type to bulk up the toy line but rather than have a second police car alongside Prowl they changed it to a Fire Chief car and named it Red Alert. 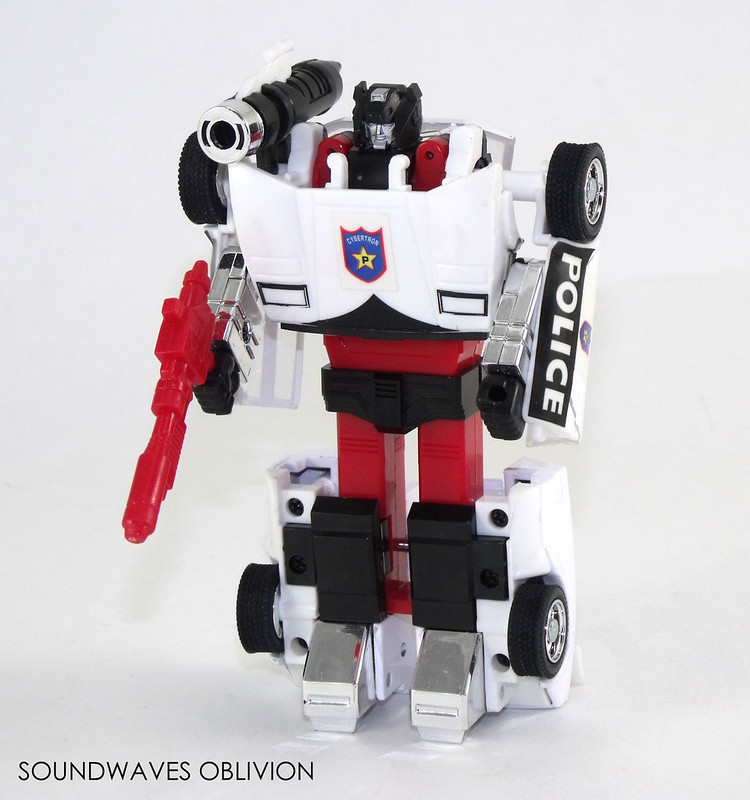 When Takara were reissuing the original Transformers, e-Hobby would release exclusive figures using the same moulds as the reissues. Although in 2003 Takara did not reissue Red Alert, they had reissued Lambor / Sideswipe in the book-box Transformers Collection line. E-Hobby released a set of Deep Cover and Clampdown, based on the original Diaclone versions. 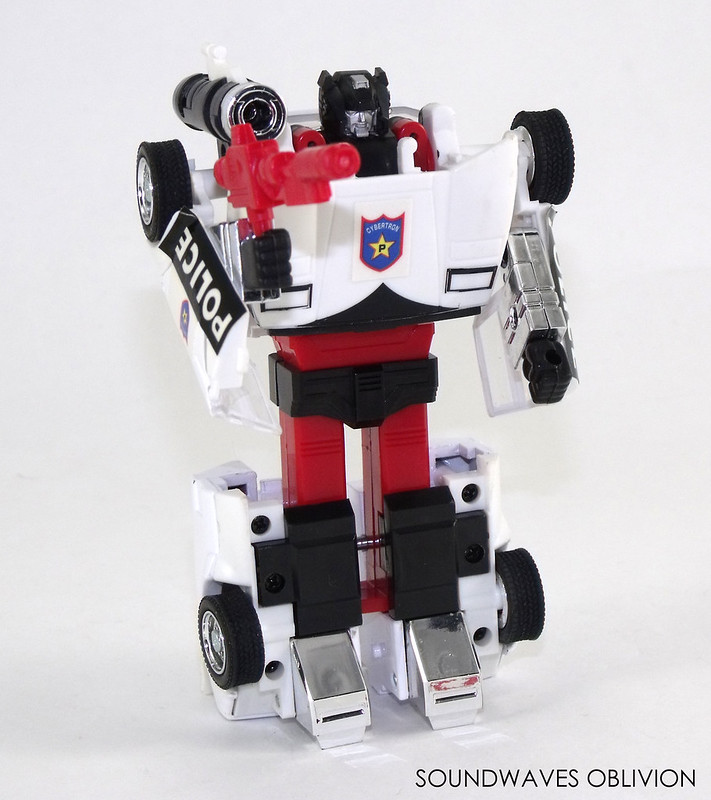 Deep Cover is a black Lamborghini Countach based on the version which came with the Powered Convoy DX Set in 1985 (along with Powered Convoy, the Ultra Magnus predecessor and a red version of the F-1 Ligier JS11 or Mirage). 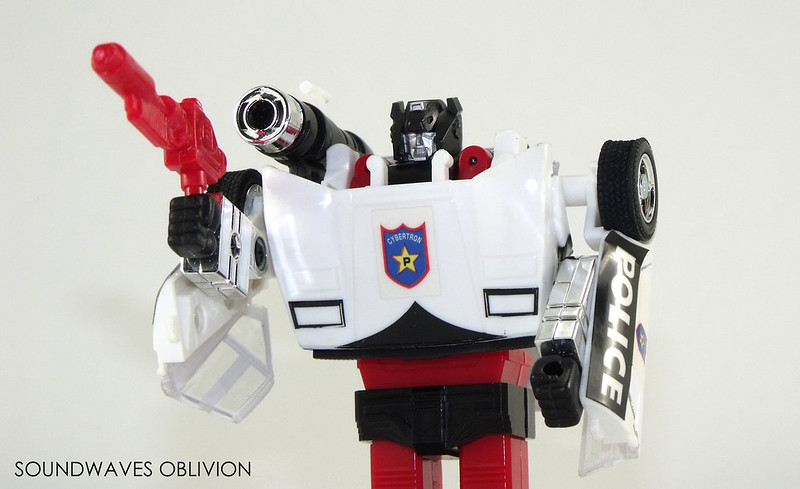 Clampdown is near identical to the original Diaclone version however the name "Diaclone" on the factory applied stickers is now replaced with "Cybertron". 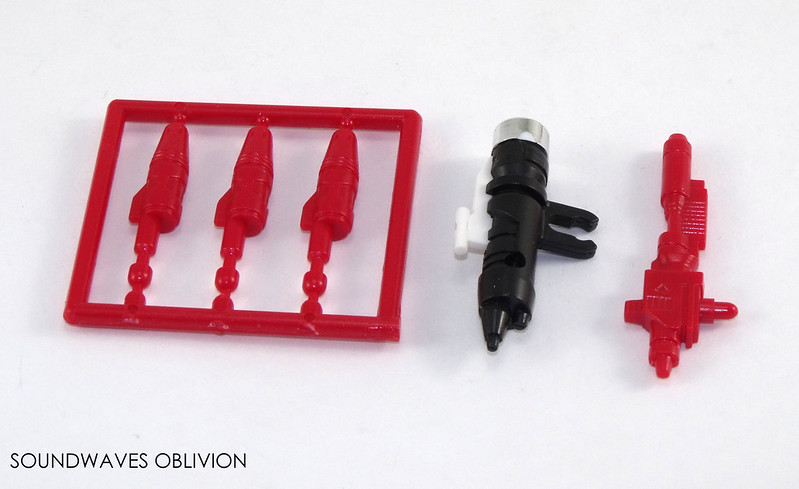 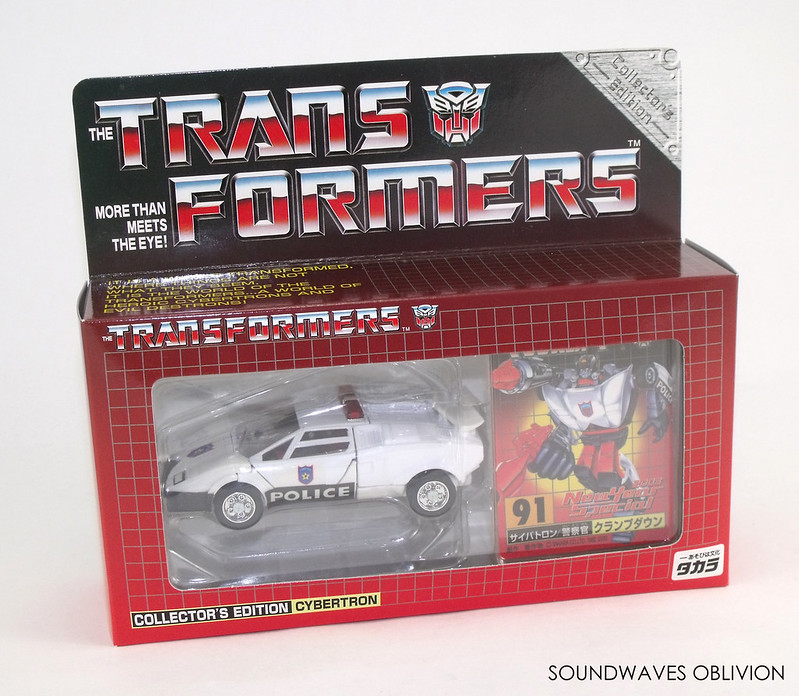