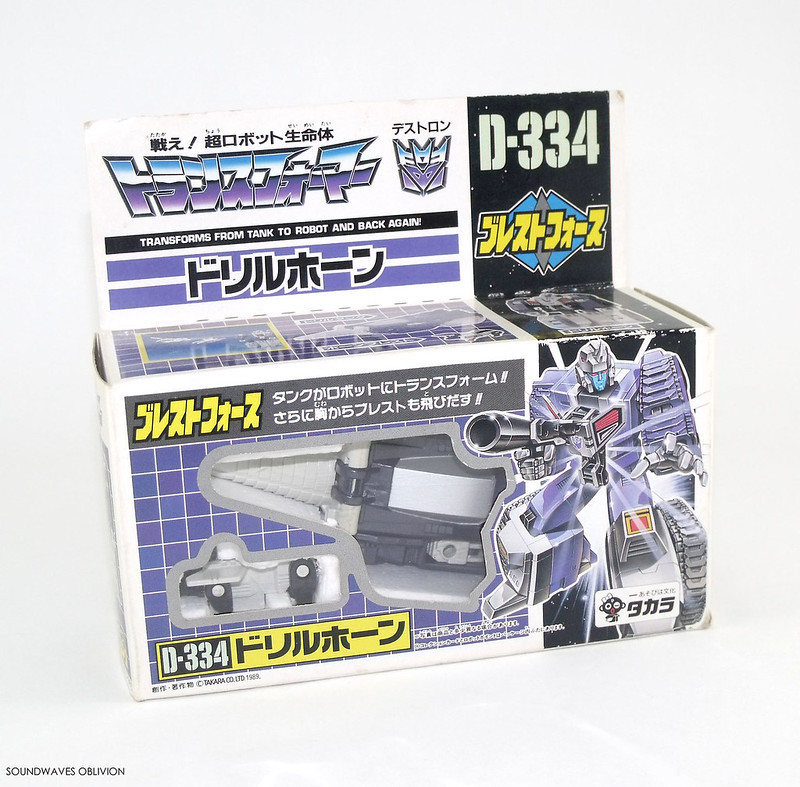 Transformation: Drill Tank
Abilities: Has a symbol of evil, the "Rhino Breast," built in. Can push his way in any direction underground from the surface. His breast weapon fires an X-ray beam that works just as well underground.
Weapons: Horn Cannon
Function: Strategist
Final Attack: The "Magma Bomber" - Burrowing rapidly through the ground, he channels fiery magma to bodily strike the enemy. Thanks to the tough armour of which he's so proud, he remains unharmed.

Trading Card:
DRILLHORN BRESTFORCE
Codename: Drillhorn
Code No.: D-334
Level: 63
Origin: Death Zone
Profile: A persistent sort, once he gets an idea into his head, he single-mindedly refuses to listen to anyone else. He's a veteran strategist, never neglecting to check all points of the battlefield. However, he also commits major errors by adhering too much to past battles and experience.


Drillhorn is one of the Destron combiners who joins with 5 others to form Lio Kaisar. Part of the Breastforce team, each member has an animal breast who can either turn into a weapon or form part of the chest of the robot mode (hence Breastforce).


Unlike the Scramble City combiners, the individual combiner members in the Transformers Victory line up are more or less the same size. Drillhorn forms the left leg of Lio Kaisar and shares a similar mould to Killbison who forms the right leg.

As with the rest of the Breastforce, Drillhorn's head sculpt is detailed in the form of the animal he is linked with. 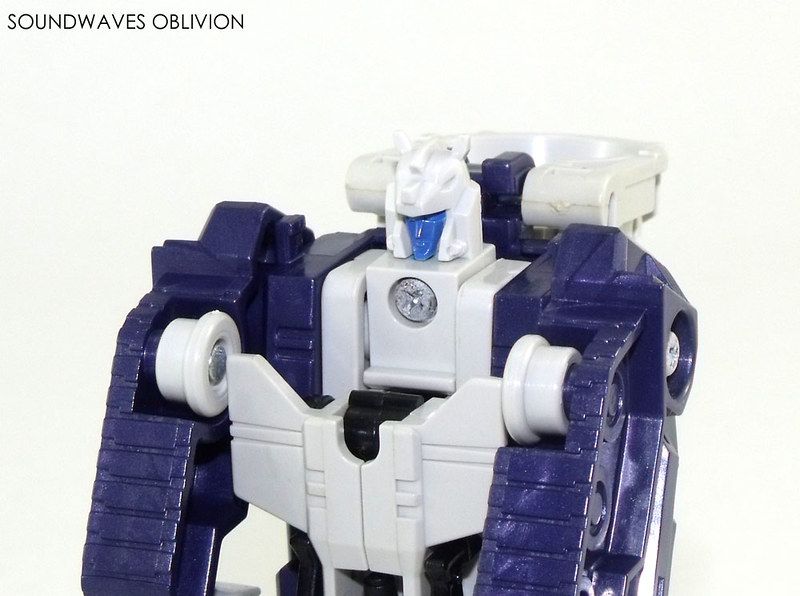 Drillhorn was among the 1992 European Rescue Force figures, again bearing no name this is a yellow redeco with new weapons which come in two different colour variants - grey or red. 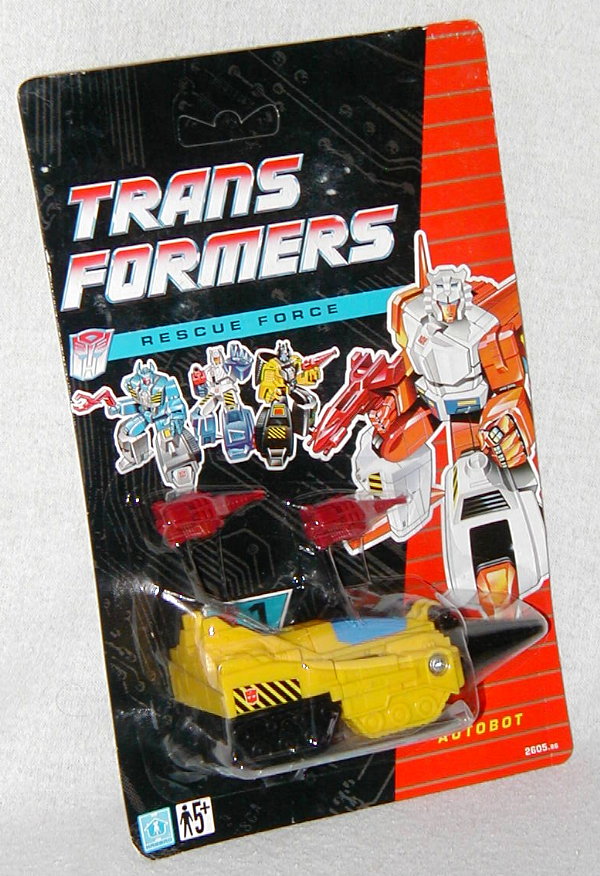 As with the other Breastforce members, Drillhorn was also reissued in China in 1995.
Posted by Jeremy Barlow at 12:46