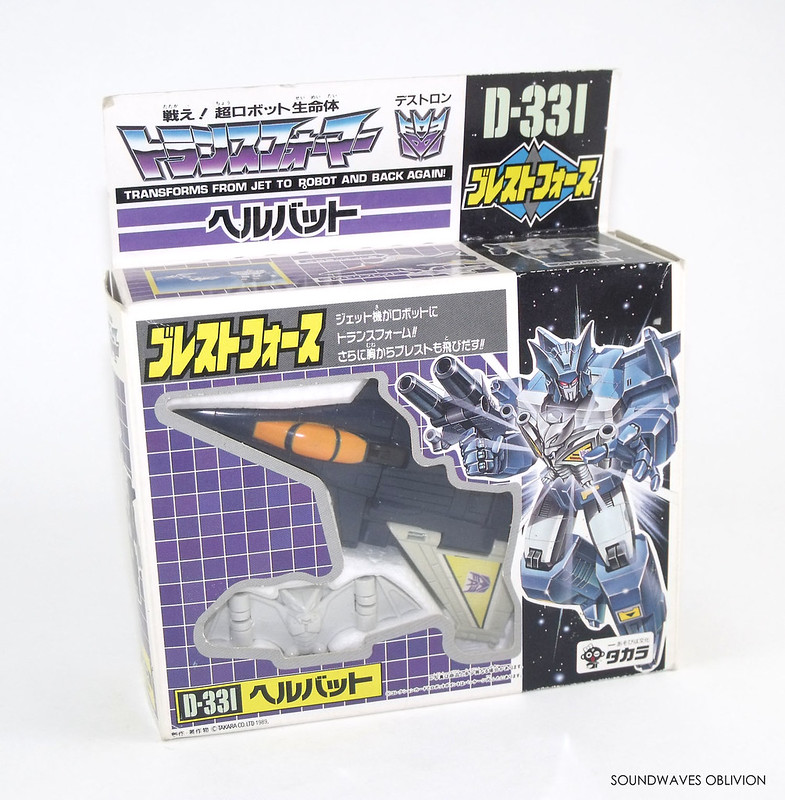 Transformation: Delta Wing Jet
Abilities: Has the symbol of evil, the "Bat Breast," built in. Using his breast symbol to its full potential, he has excellent spying abilities, moving quietly like a shadow behind the scenes.
Weapons: Bat Cannon
Function: Spy
Final Attack: Uses the "Dead Eye Beam" - launches ultrasonic waves whilst flying behind the enemy at low altitudes evoking a terrifying fear in them. In doing so this blocks his enemies vision.

HELLBAT BRESTFORCE
Code Name: Hellbat
Code No.: D-331
Level: 62
Origin: Death Zone
Profile: Reluctant following Leozack. Calmly betrays allies and is hated by them for always trying to take the credit. He talks about his companions behind their backs, spreading lies and rumours. Despite all this there is something about his character which everyone likes, so he is never truly hated.


Hellbat is one of the Destron combiners who joins with 5 others to form Lio Kaisar. Part of the Breastforce team, each member has an animal breast who can either turn into a weapon or form part of the chest of the robot mode (hence Breastforce).


Unlike the Scramble City combiners, the individual combiner members in the Transformers Victory line up are more or less the same size. Gaihawk and Hellbat are slight remoulds of each other with Hellbat forming the left arm of Lio Kaisar.


As with the rest of the Breastforce, Hellbats head sculpt is detailed in the form of the animal he is linked with. 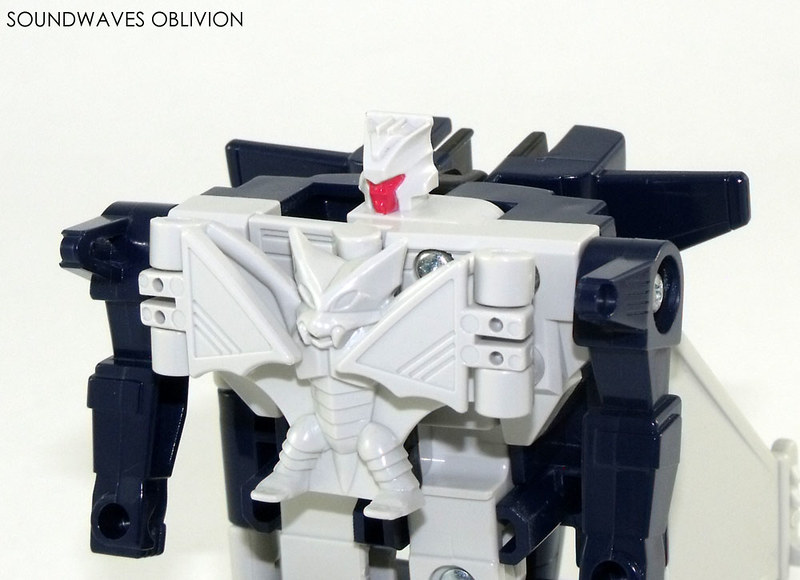 Gaihawk and Hellbat were not among the 1992 European Rescue Force figures, however as with the other Brestforce members, Hellbat was reissued in China in 1995.

Knock-offs of Hellbat were also produced, the example below is from a company called "Globo" and was produced in Taiwan.