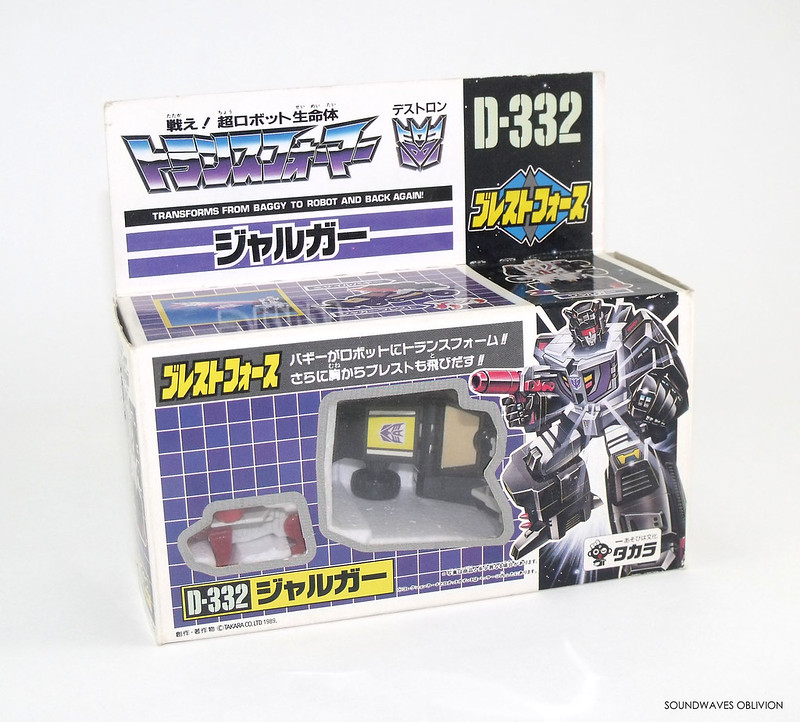 Transformation: Missile Buggy
Abilities: Has a symbol of evil, the "Jaguar Breast," built in. Even enemies who go to ground to escape Leozack and his fellow aerial forces don't stand a chance if caught by Jargua.
Weapons: Jaguar Cannon
Function: Cyberneticist
Final Attack: The "Spiral Attack" - Cornering an enemy he has pursued to the verge of destruction, he fires off a volley of computerized missiles. These strike while circling in towards the prey's weak points, creating the attack on which he prides himself!

Trading Card:
JALLGUAR BRESTFORCE
Codename: Jargua
Code No.: D-332
Level: 64
Origin: Death Zone
Profile: Serious of demeanour, with solid 8's on his tech spec file, he has average marks in any and all fields. An exemplary Breast Force member, he readily obeys Deszaras' orders, but this also means a flaw: He lacks autonomy, so that he will come to a standstill when confronted with a problem.


Jargua is one of the Destron combiners who joins with 5 others to form Lio Kaisar. Part of the Breastforce team, each member has an animal breast who can either turn into a weapon or form part of the chest of the robot mode (hence Breastforce).


Unlike the Scramble City combiners, the individual combiner members in the Transformers Victory line up are more or less the same size. Like Leozack, Jargua is the only other member who does not share a mould with another team member. Out of all the members, Jargua is my favourite out of the figures; though he has a basic transformation and no poseability, he is a solid figure and does not feel like you could break him during transformation.

As with the rest of the Breastforce, Jargua's head sculpt is detailed in the form of the animal he is linked with. 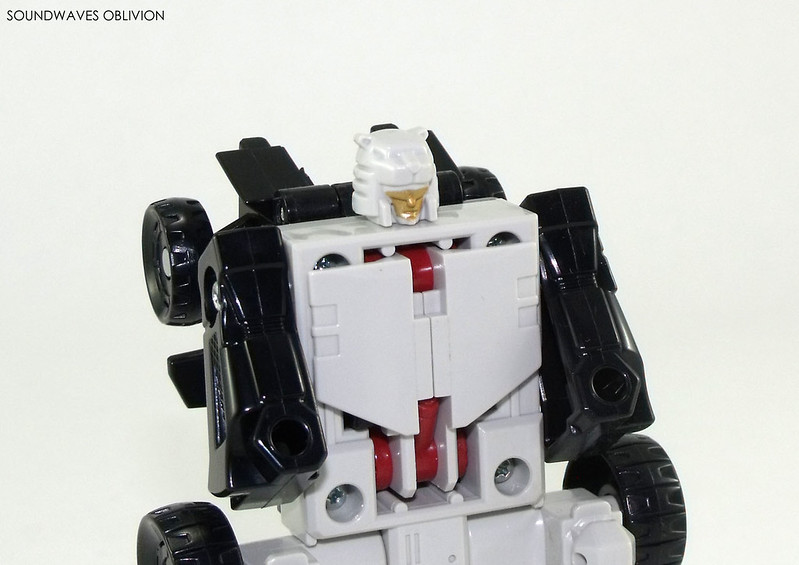 Jargua was among the 1992 European Rescue Force figures, again bearing no name this is a blue redeco with newly moulded weapons. Instead of the missile styling of the Destron version, the Autobots weapons look like laser guns. These new weapons also come in two different colour variants - grey or red. I bought the Rescue Force Jargua when it was first released and always wondered why the chest could press inwards, its a shame that Gaihawk or Hellbat weren't released as well as it would have been interesting to see an Autobot version of Lio Kaisar - yet another missed opportunity.
As with the other Brestforce members, Jargua was also reissued in China in 1995.
Posted by Jeremy Barlow at 20:10