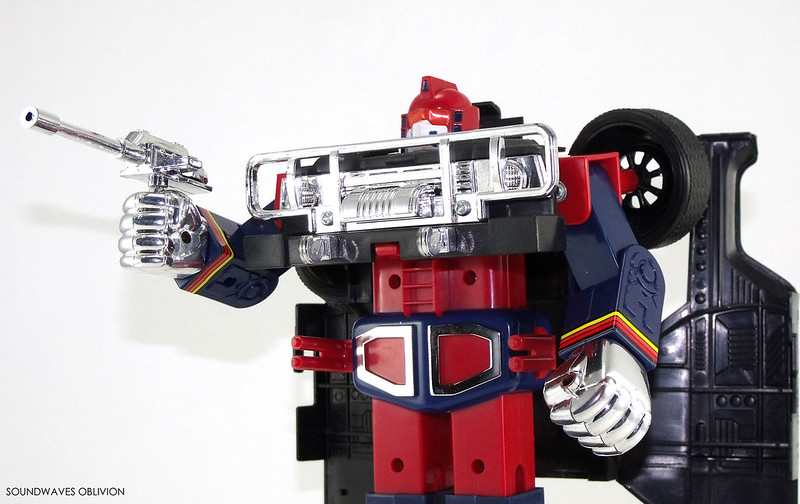 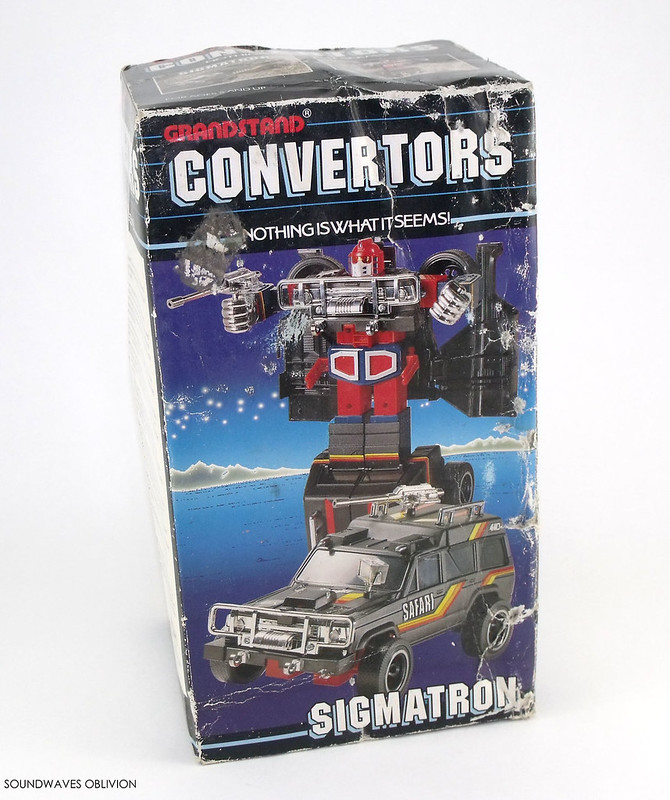 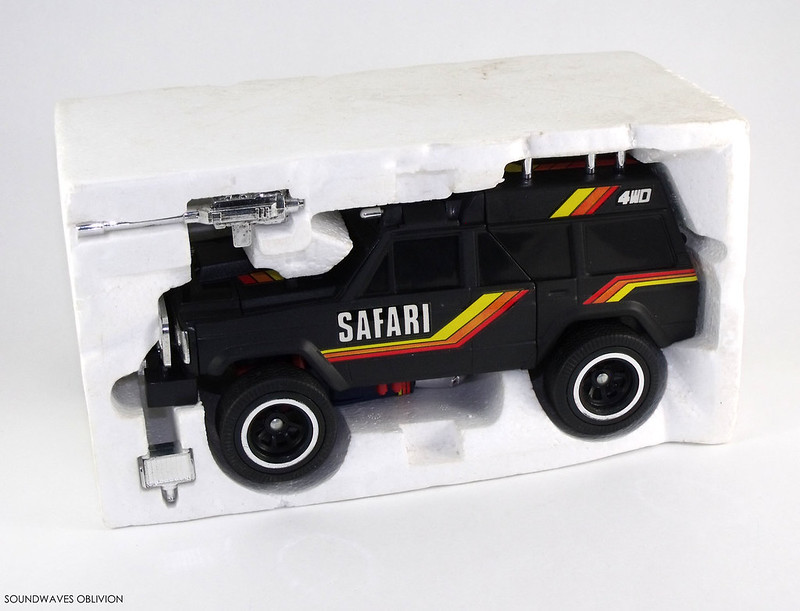 Sigmatron is different from the other two Yonezawa licensed figures (Betatron & Deltatron) in the Convertors line up as he is not a motorised figure. Next to Omegatron he is one of the largest (around 12 inches in robot mode) but one of the lightest. Unlike Betatron who is a solid figure the plastic quality on this feels very weak, almost like a knock-off in comparison. He has rubber tyres an comes with 2 chromed accessories, a gun and a search light.  The 4WD mode is based on a Nissan Safari, also known as a Nissan Patrol. 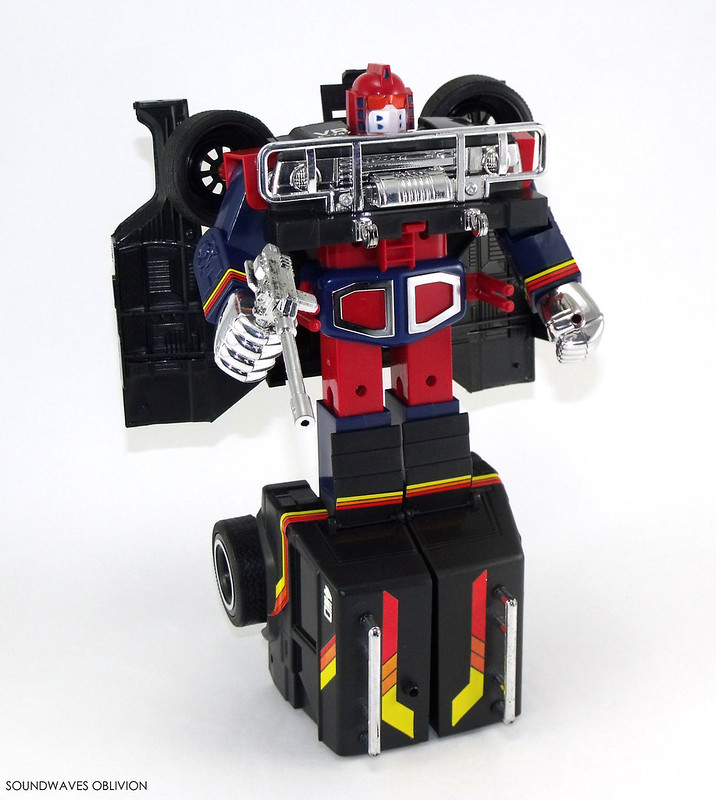 The main weak point on this figure is the bull bars. Part of the transformation is to pull them forward; these are attached by 2 plastic straps which aren't of the best quality and these are very easily broken especially for a figure this age. 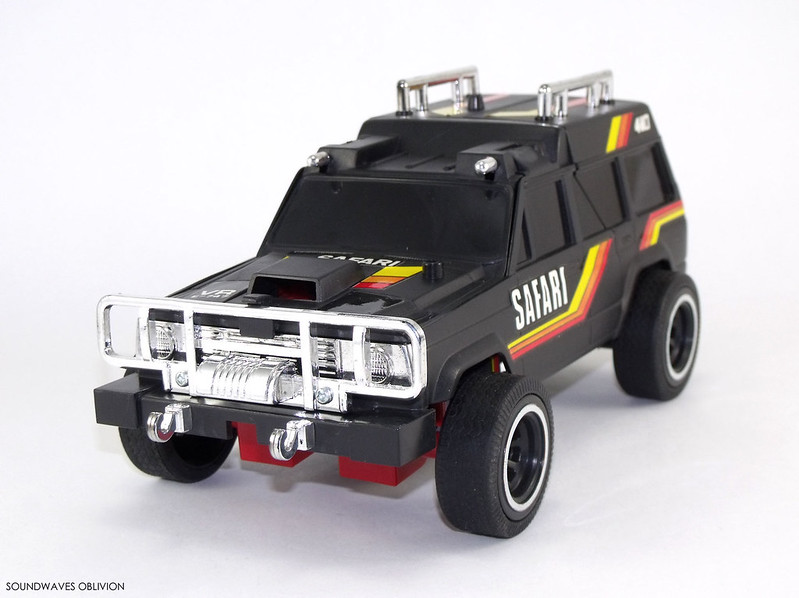 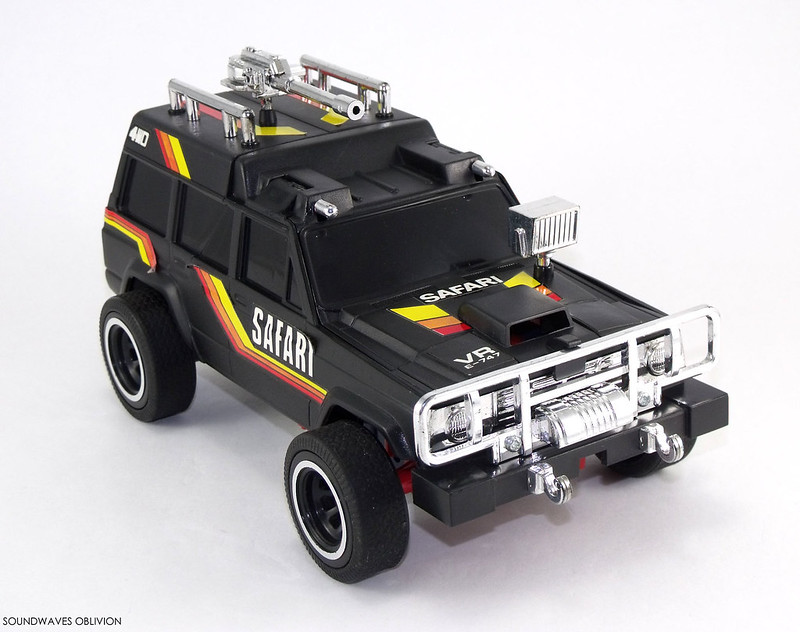 This figure was originally released by Yonezawa in 1984 for their "Technica Change" toy line called Safari Robo. Apart from the box art, it's identical to Sigmatron.


Sarari Robo also received a western release in 1984, though the above example is found predominantly in Europe, however there are no clues as to which countries it was distributed throughout. The box on the the hand is entirely in English. It was directly released by Yonezawa for their "Convert-a-Bots" toy line and was again called Safari Robo. As with the original Japanese release, it is identical to Sigmatron.

Safari Robo itself is based on one of Yonezawa's own radio controlled Nissan Safari toys released around 1983.