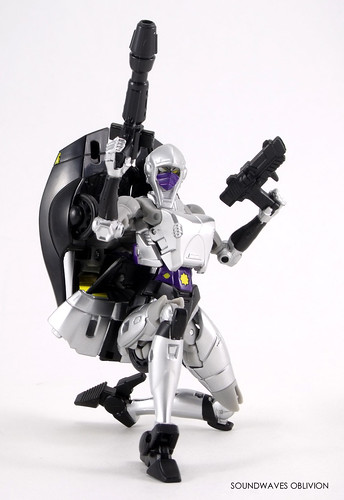 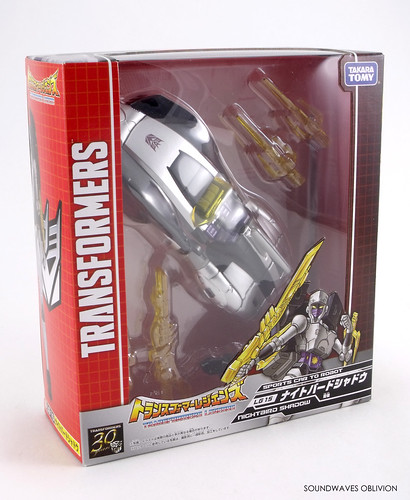 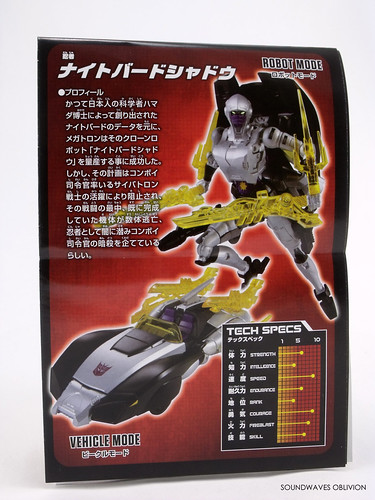 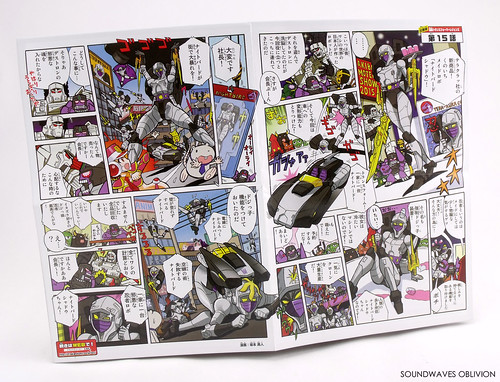 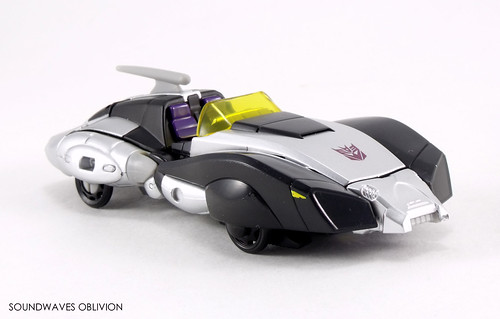 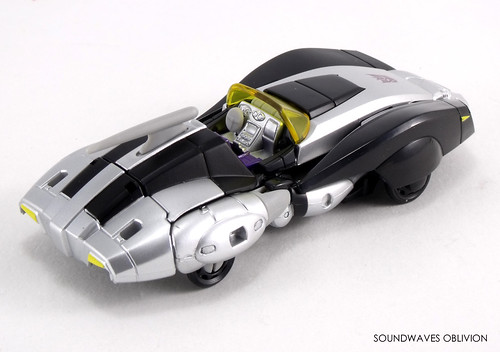 Although Nightbird Shadow is a repaint and minor remould (head and chest) of Arcee, the paint scheme works well and the new head sculpt calls back to the original animated version. The head on mine is rather wobbly and appears to be moulded in clear plastic and painted silver. Nightbird Shadow comes with the same weapons as Arcee, the guns are cast in black plastic and the swords in translucent yellow plastic. Nightbird comes with two more additional accessories, two translucent yellow sais which Nightbird had in the cartoon. Unfortunately Nightbird Shadow did not come with nunchaku weapons which were seen in the cartoon. Like LG-10 Arcee, Nightbird Shadow has plenty of ports to store the weapons in robot mode, on the forearms, upper thighs and on the back. 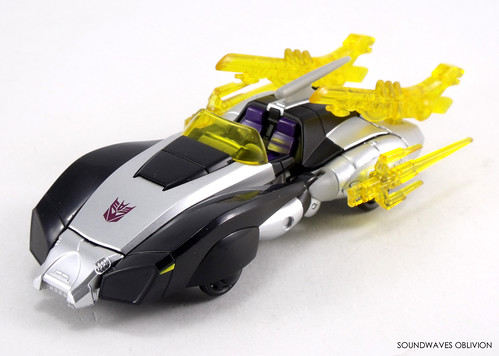 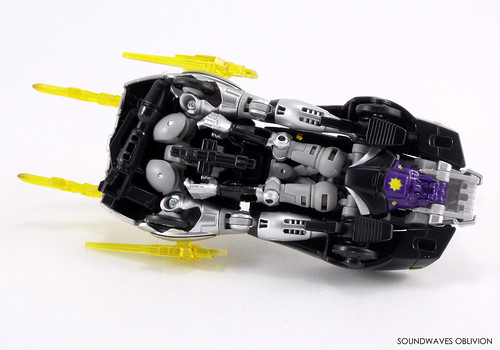 Arcee's vehicle mode works well for Nightbird Shadow's colour scheme. As with the robot mode, you can store all all the weapons away. The guns fit underneath the car mode while the swords and sais attach to the body of the car. 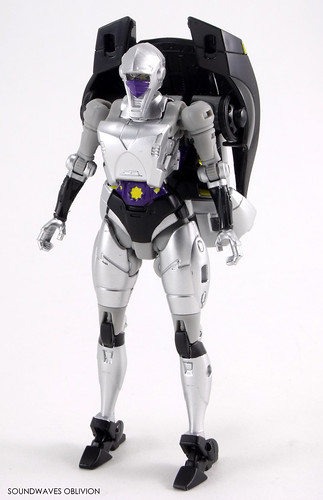 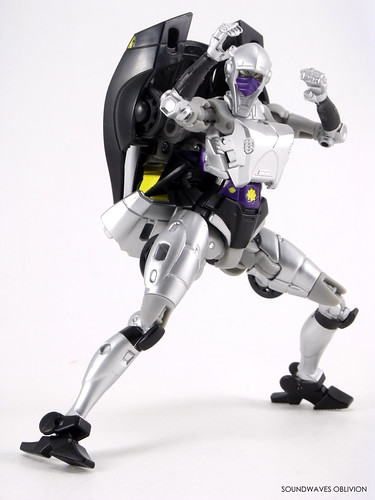 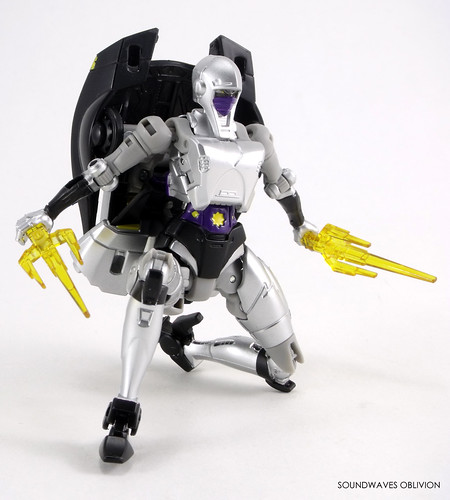 Overall this is a very nice figure of an otherwise obscure character from the Transformers past, however this was neither the fist nor last Nightbird figure. A Kre-O Nightbird figure was released in June 2015 as a Botcon Souvenir set, limited to 900 pieces. LG-15 Nightbird was released that same year but in October.

In 2019, Hasbro released a Generations Selects Deluxe Class Nightbird which was a retool and recolour of Transformers Siege Chromia.
Posted by Jeremy Barlow at 10:28