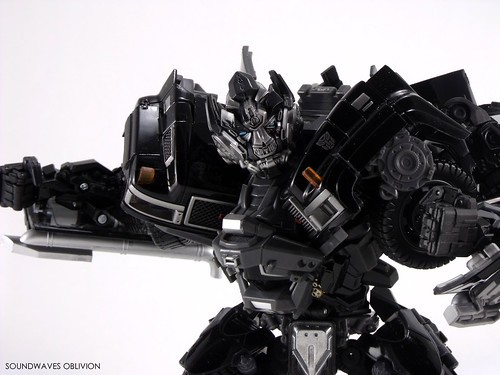 Ironhide was my favourite character from the 2007 movie and was a good modern day representation of the 1984 character. No longer a red Nissan Cherry Vannette, he was now a black GMC Topkick C4500 4x4. I'd like to think they chose black colour scheme from the original Diaclone version of Ironhide seeing as how Michael Bay was quoted as saying red did not turn out well on film. 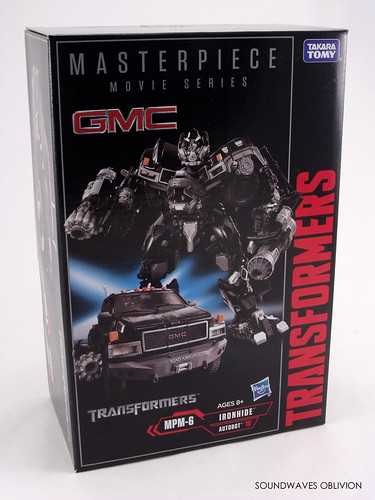 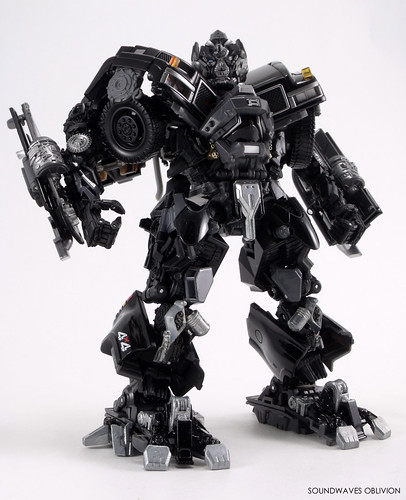 Ironhide comes packaged in robot mode and it looks fantastic. Without a doubt it is the best representation of Ironhide so far, it is not perfect however as when you are posing it the illusion shatters. Although it is faithful to the CGI model, the arms have an odd placement which hinders the articulation, not to mention the front half of the truck as the chest as this section does not stay pegged in very well.  The other issue are the folded panels on the arms which the large guns peg into; unfortunately they are a pain getting them to stay pegged into the forearm. There is a nack in doing this but I think it should have been designed out at prototype stage. Other than those issues that aren't really deal breakers, at least to me, the robot mode is great and full of detail. 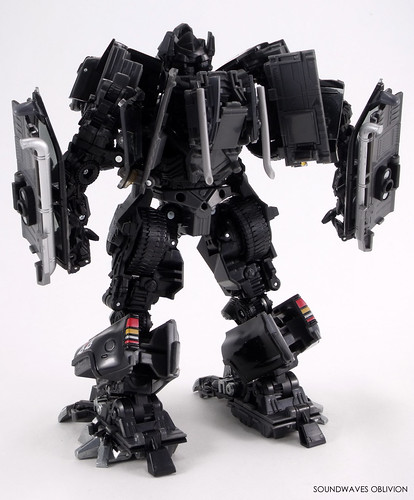 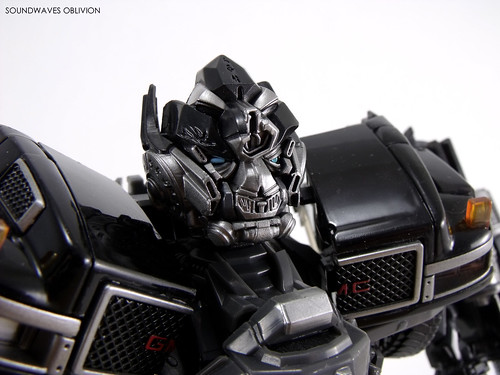 The head sculpt is great and like the other Movie Masterpiece releases he has an opening mouth plus a scar over his right eye which is a nice attention to detail. The legs on Ironhide are solid and contain die-cast metal for a but of added weight. 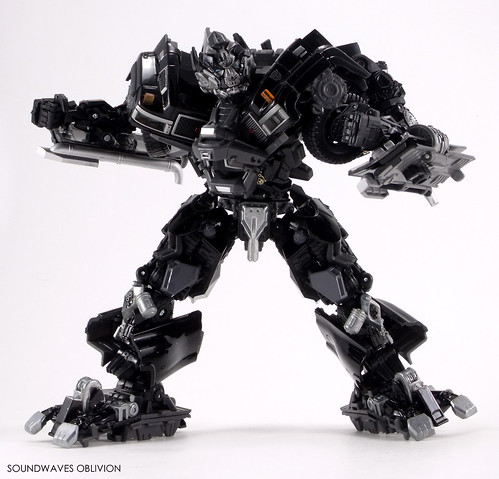 Transformation with Ironhide unfortunately is painful but that is mainly getting everything to line up. The legs transform fine it's everything else that is an issue and this mould is not forgiving, everything has a place and if it's not in there then this thing will not line up right. The instructions don't help either and the majority of the video reviews only show transformation from vehicle to robot mode which is much easier to achieve. I would certainly recommend watching Emgo's Just Transform It video. 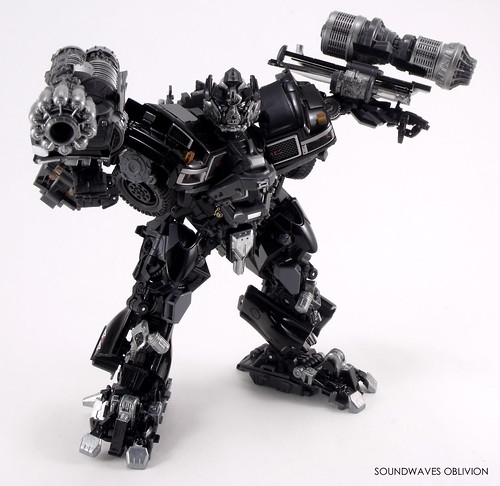 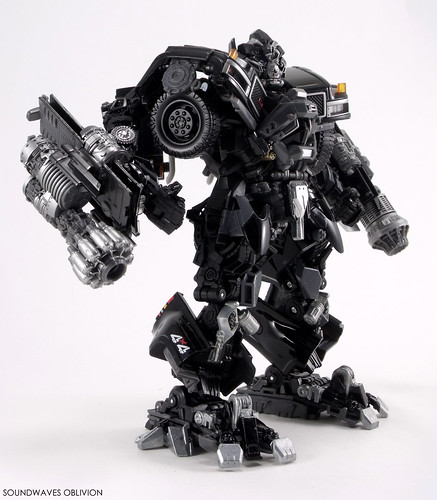 Another thing to point out when transforming Ironhide from vehicle to robot is the fragile back panel. The section with the smoke stacks is attached to very thin grey plastic and if it forced too hard when being clipped into place it may snap. 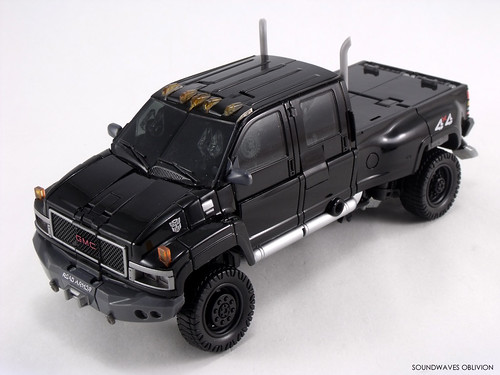 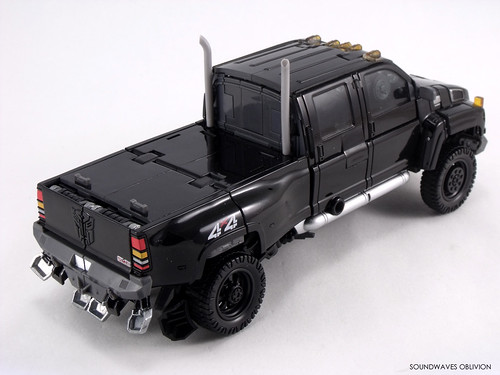 Once Ironhide is in vehicle mode after everything is lined up and clipped into place he looks fantastic as the GMC Topkick and he even has the embossed Autobot logo on the rear of the truck. Also noticeable on the rear of the truck are Ironhide's toes, something which Hasbro have repeated with the 2020 Earthrise Ironhide which unfortunately destroys the illusion of the vehicle mode. The weapons also store on the side of the vehicle mode and looks rather cumbersome. 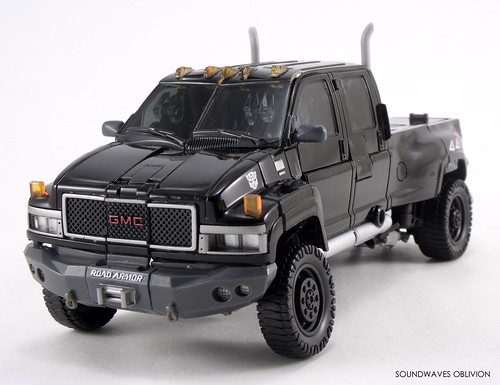 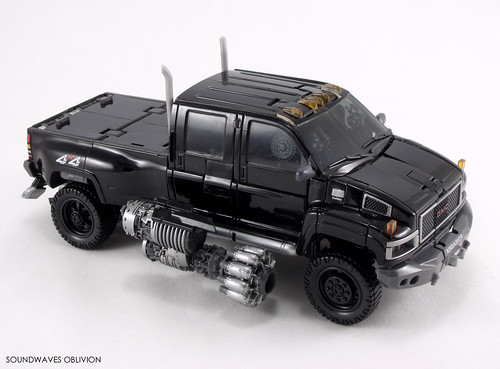 This figure had lots of potential to be one of the best Movie Masterpiece figures but falls short of the mark with the robot mode issues and the painful transformation. 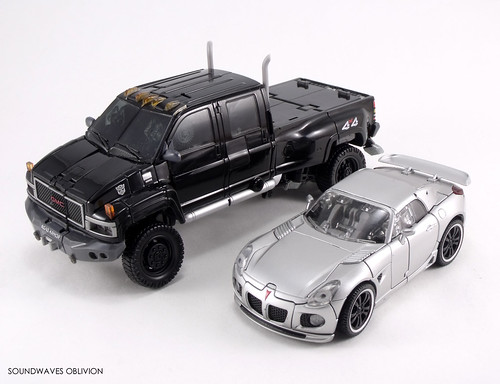