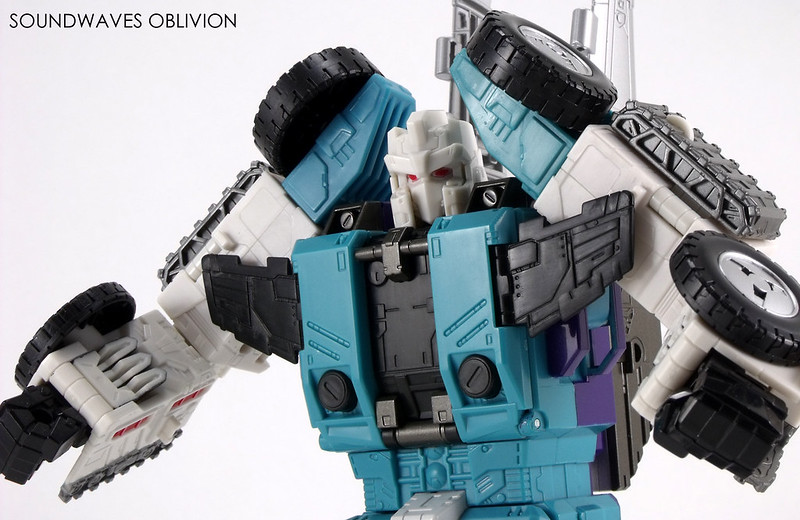 Profile (Translated from the instruction sheet)
LG 50 Sixshot
Ninja Staff Officer
Profile
Sixshot continues his journey of atonement, making amends for his past actions under the Destron emblem. His friendship with Daniel sparked his new outlook. The warmth of friendship was a turning point and it is now an unbreakable conviction engraved upon his heart.
STR:10; INT: 9; SPD: 4; END: 9; RNK: 7; CRG: 8; FBL: 9; SKL: 8 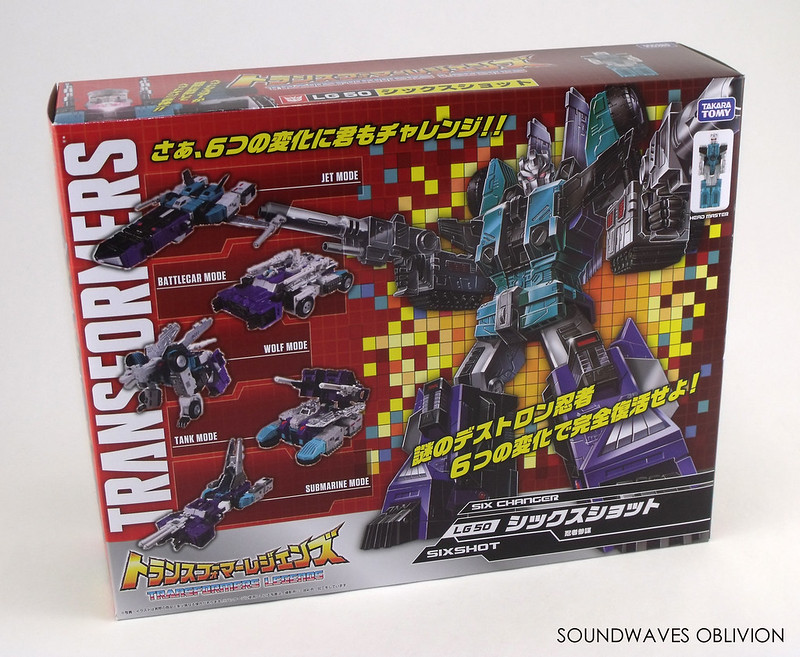 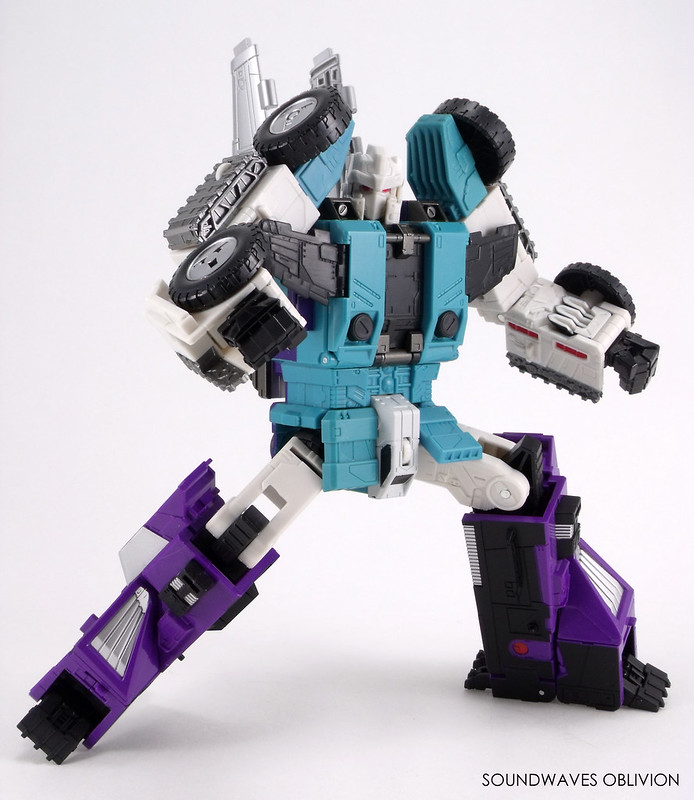 Legends Sixshot was released in 2016 and is a repaint and minor remould of Hasbro's Leader Class Six Shot. The box does not have a window but the box art is a nice update to the original Sixshot box art. Inside the box, Sixshot is packaged in jet mode, again much like the original was. 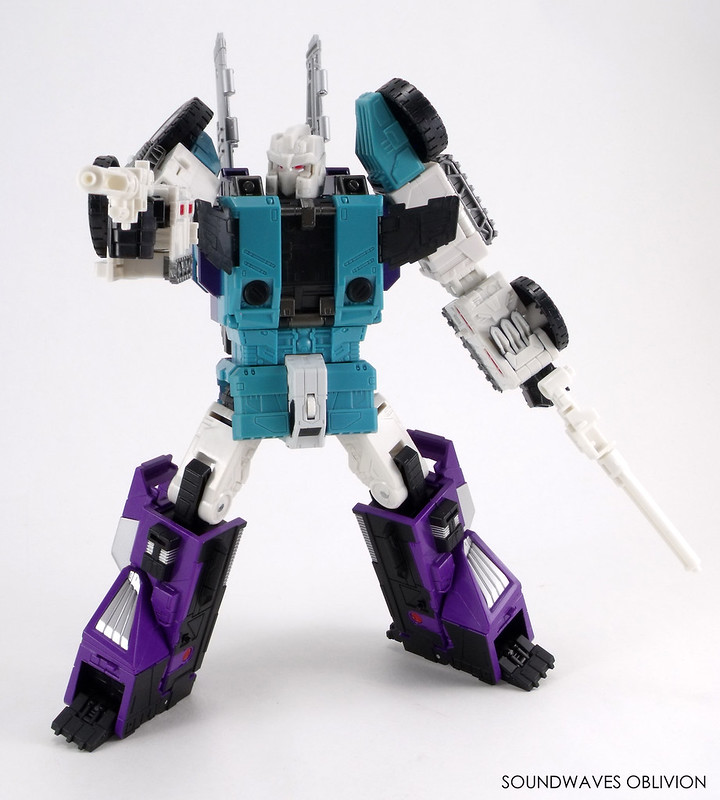 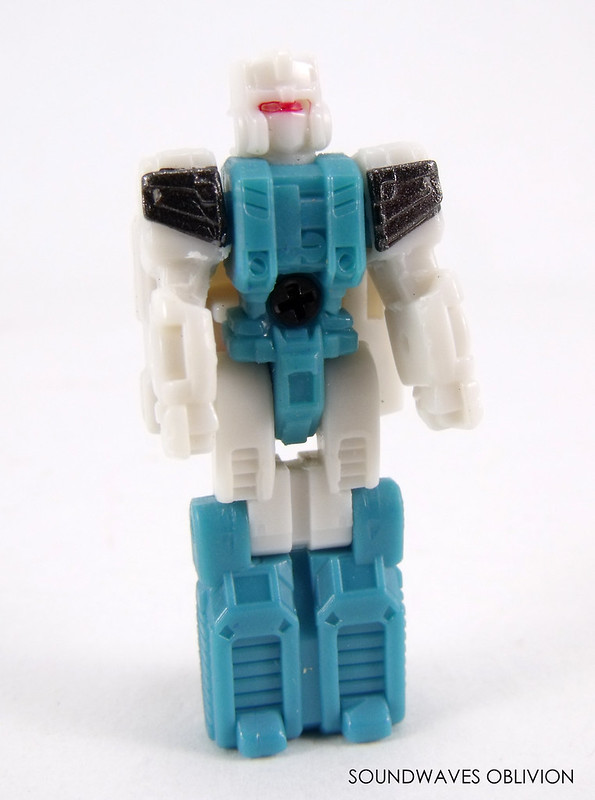 As usual for Takara Tomy, Sixshot is based heavily on his appearance in the 1987 Headmasters cartoon series; the Hasbro offering is closer in appearance to the original toy. This time around Sixshot himself is a headmaster or at least a cross between Headmaster and Brainmaster as Sixshot's Headmaster transforms into his face with the head portion already being present in the body which was common for the larger figures.

Overall Sixshot is a really nice update to the original Sixshot with good articulation albeit with loose joints, at least with my copy. Another issue with mine is that the wheels on Sixshot's lower arms keep popping off. 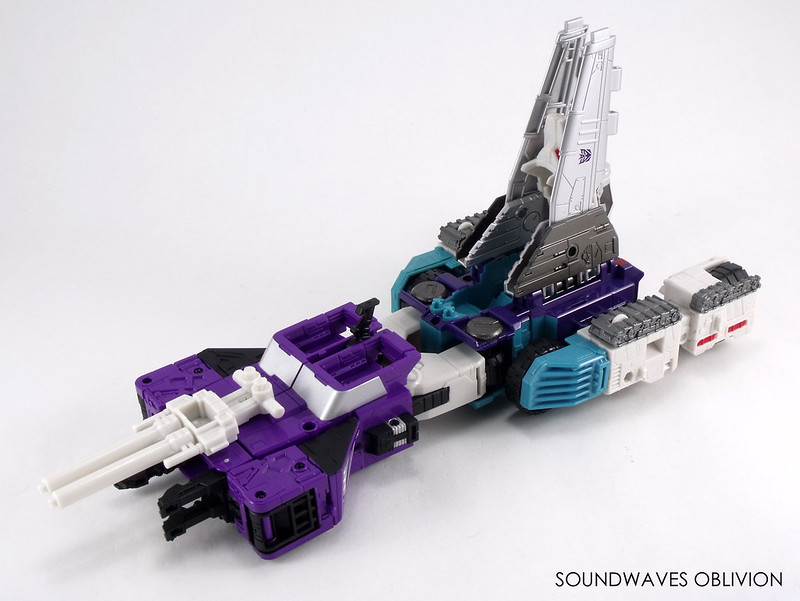 Like the original, Sixshot has 6 individual modes, Jet Mode, Tank Mode, Wolf Mode, Battle Car Mode, Submarine Mode and Robot Mode. Surprising Takara Tomy kept the Submarine mode rather than change it back to the original gun mode which you can still do. You can also transform Sixshot into his "secret" Winged Wolf Mode" so technically Sixshot is an 8 changer.