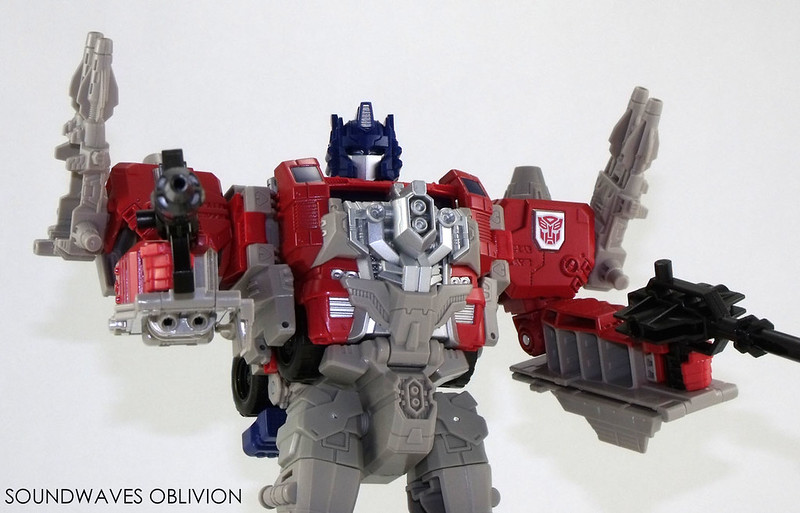 Profile:
Optimus Prime will stand against any threat. Autobot Apex helps him face the enemies that even the Autobot Commander cannot face alone. The Titan Master carries a portion of the spark - and power - of Optimus Prime, increasing the legendary warrior's already immense strength, speed, and intelligence. 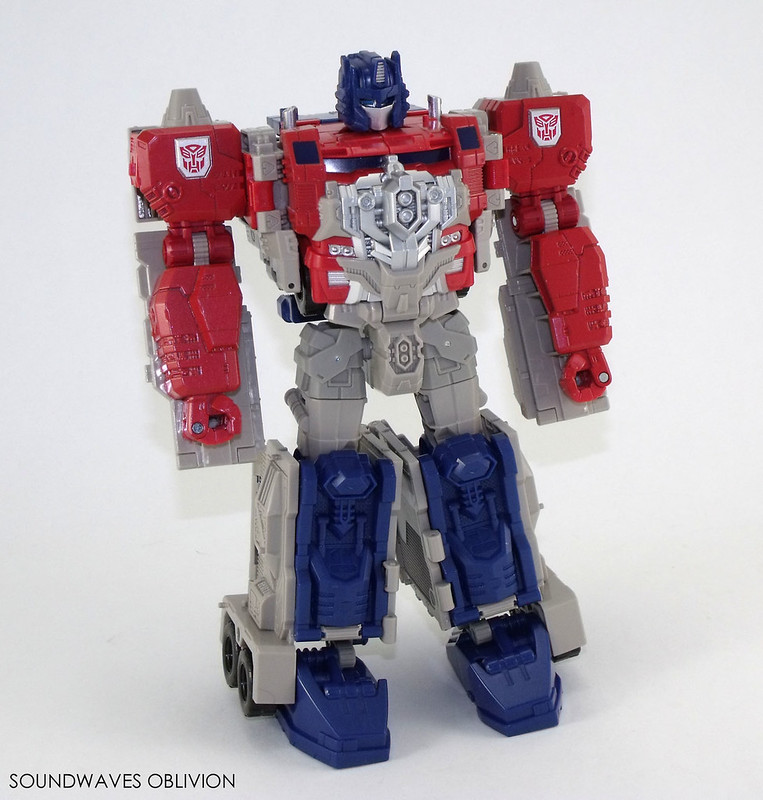 Powermaster Optimus Prime is a reimagining of the 1988 Powermaster Optimus Prime, however this updated version is not really a Powermaster anymore but a Headmaster. Optimus Prime is a repaint and heavy resculpt of the 2015 Combiner Wars Ultra Magnus and this actually works for this figure; at first glance you couldn't even tell the two figures were near identical. Hasbro still opted to give Optimus the same black guns as Ultra Magnus; these are okay however I would rather have had an original mould for the weapons seeing as they took the time to extensively retool this figure. 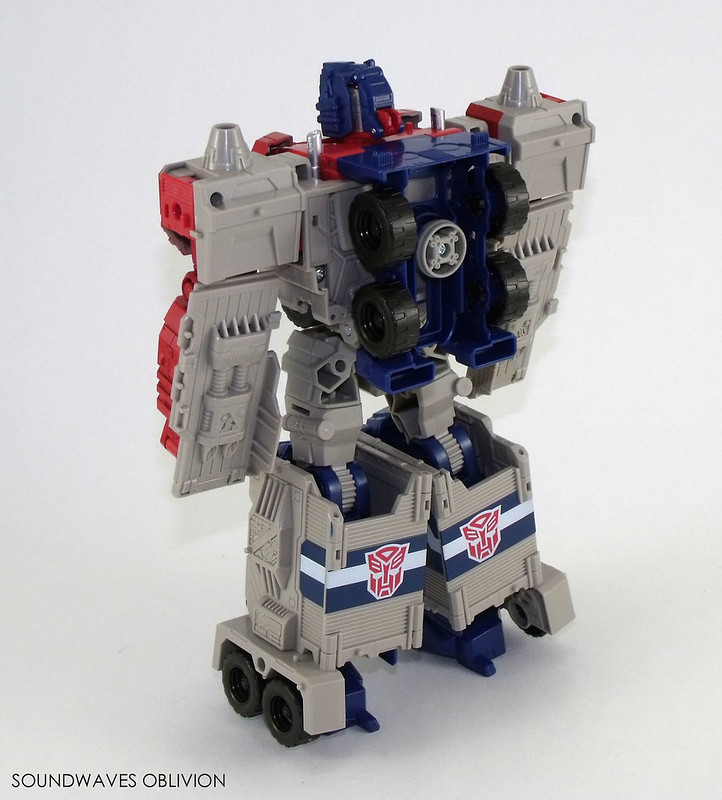 Packaged in robot mode, this is a good update to the original G1 version though this is no longer a Powermaster, nor does the cab transform into a smaller figure. The arms are distractingly hollow but the fists can open and close and they do hold the guns very well due to the notch in the grey plastic trailer section directly under the fists. 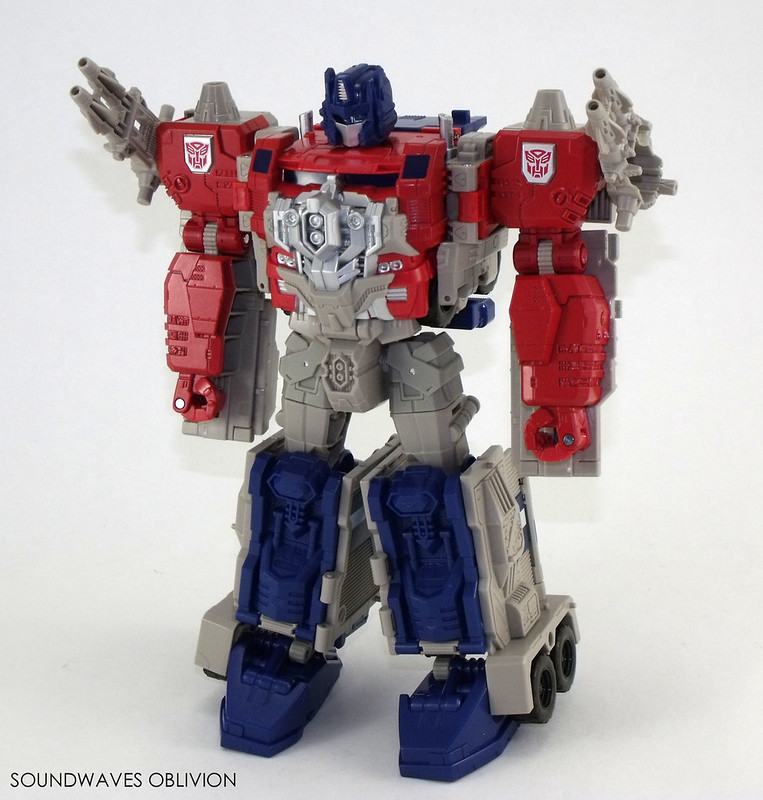 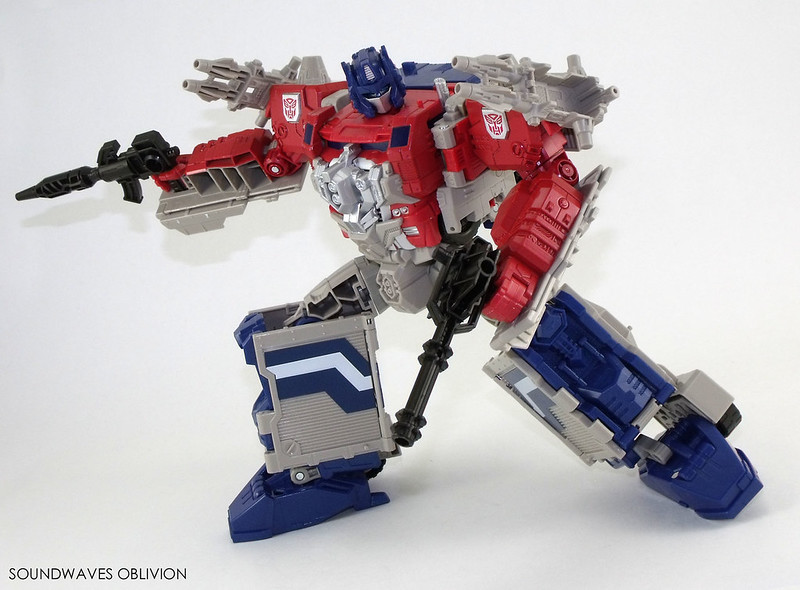 Optimus Primes head is basically the full mask which fully covers the Titan Master so you can use any Titan Master and not loose the look of Optimus. Instead of being called Hi-Q as per the 1988 version, the Titan Master is called Apex, a name taken from the 2003 Commemorative Series reissue of Powermaster Optimus Prime. This was a release of the God Ginrai reissue and Hasbro renamed God Bomber, "Apex Bomber". Hi-Q still retained his name at this point. Apex's head mode is based on Orion Pax, Optimus Prime before he was rebuilt into the famous Autobot Leader. Apex in robot mode is near identical to the original Hi-Q. 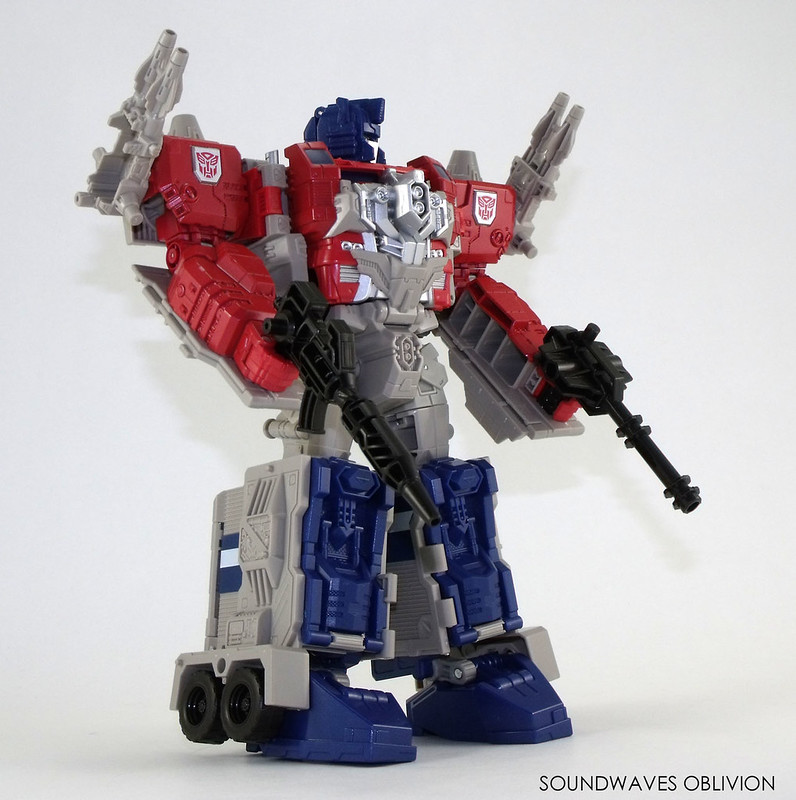 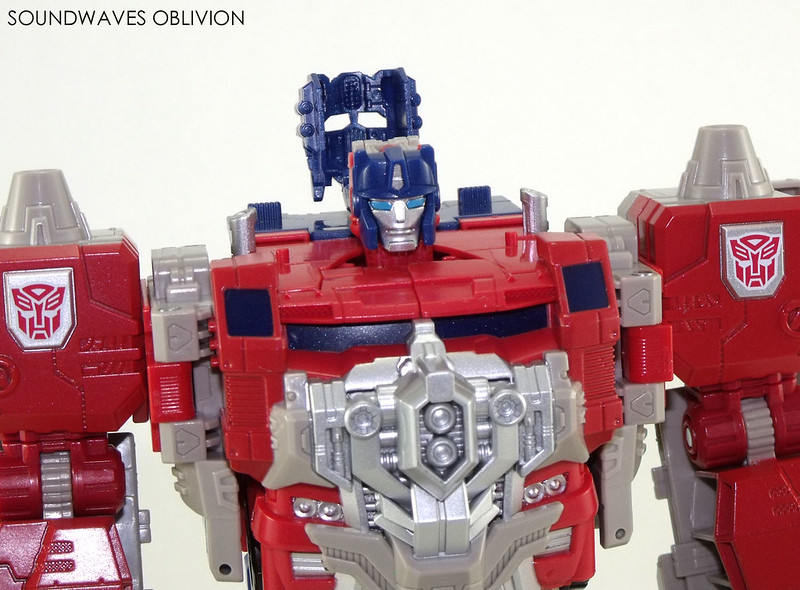 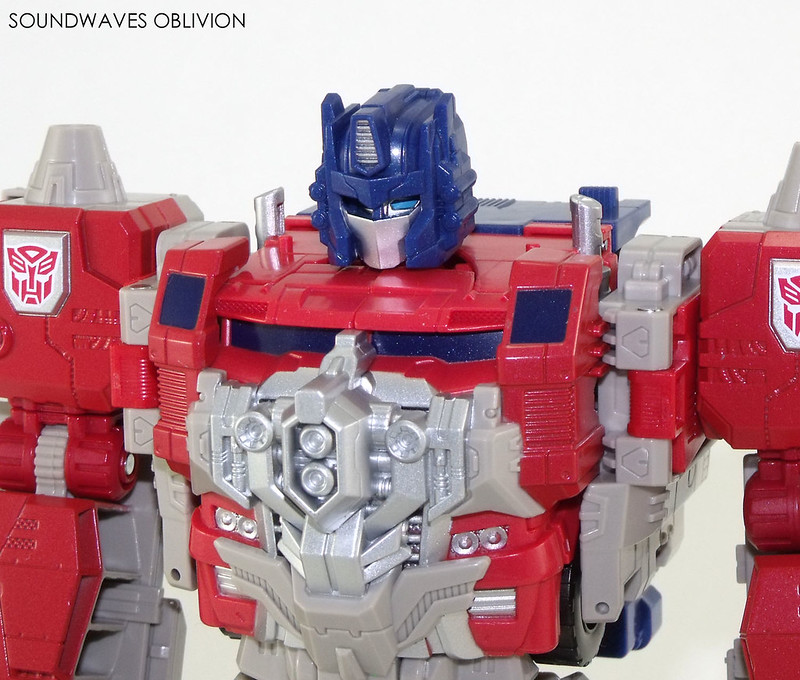 Just as the 1988 version, Optimus has a questionable base mode which can connect to other larger Titans Return figures. Its a nice addition and does look reminiscent of the 1988 base mode. 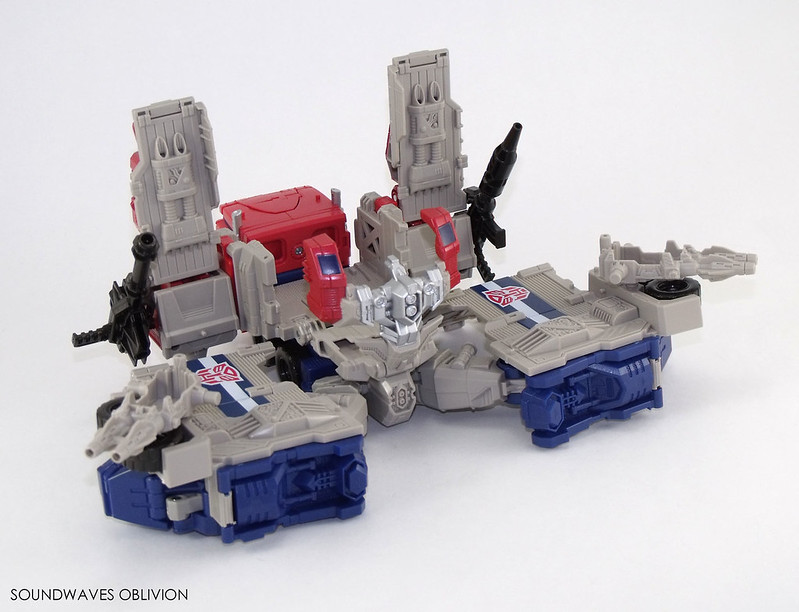 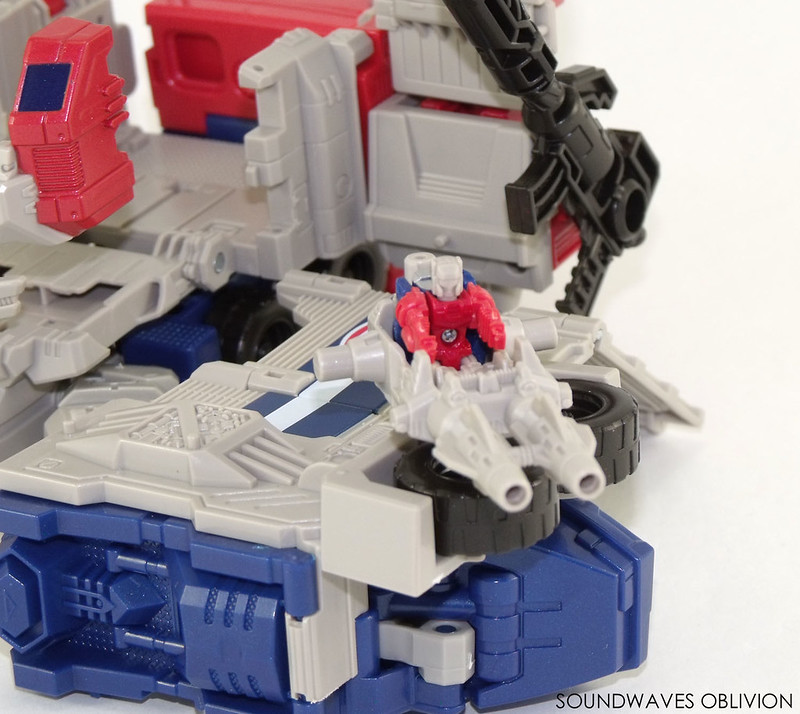 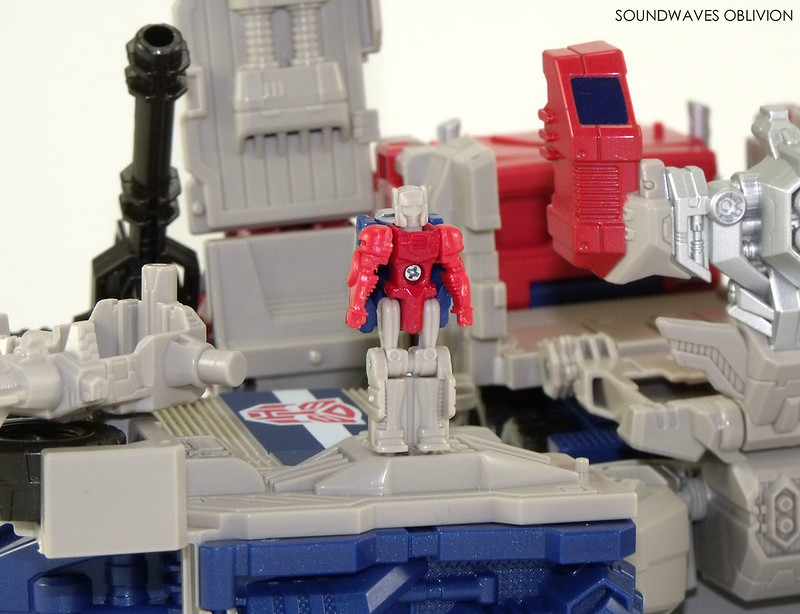 Vehicle mode is what you'd expect from an Optimus Prime tractor trailer. The cab section opens up and Apex can be seated inside, the rear doors of the trailer also open up and can store one Deluxe Class figure. 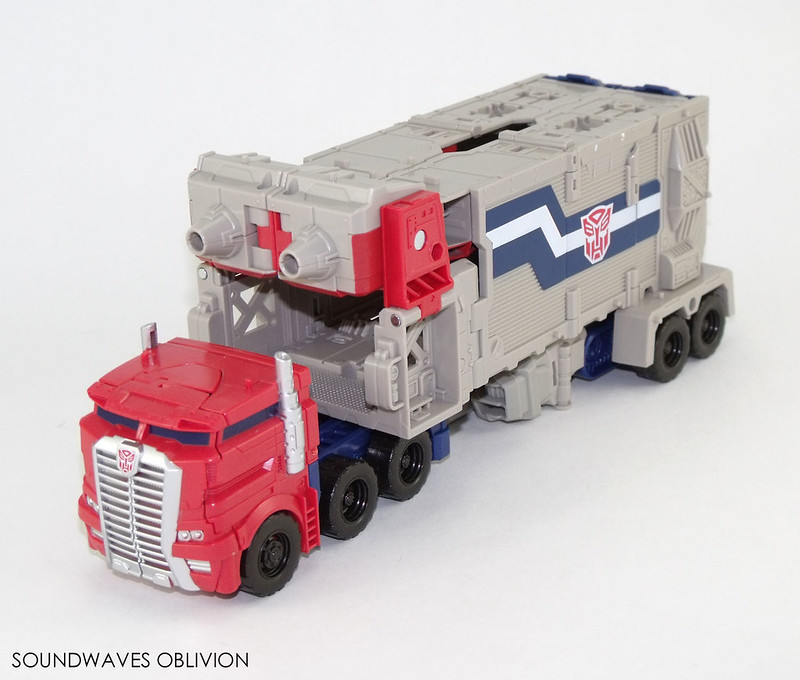 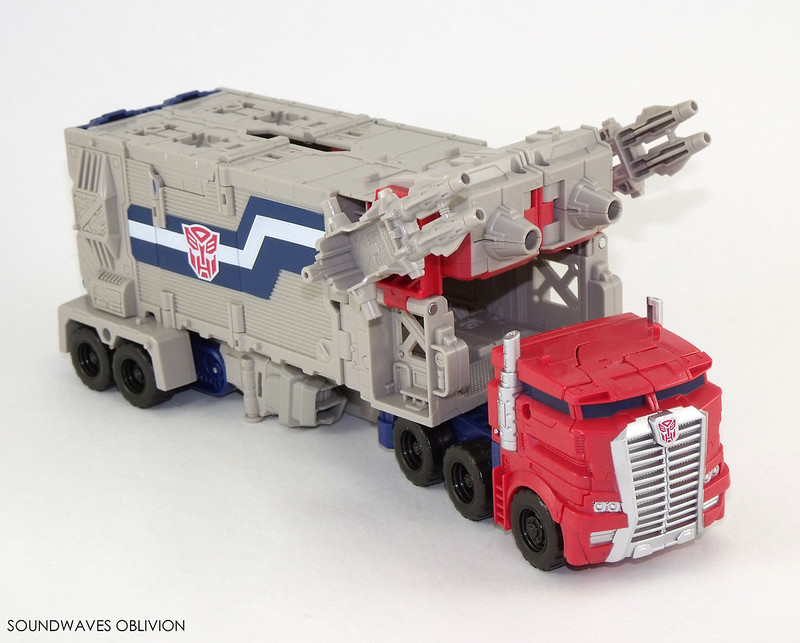 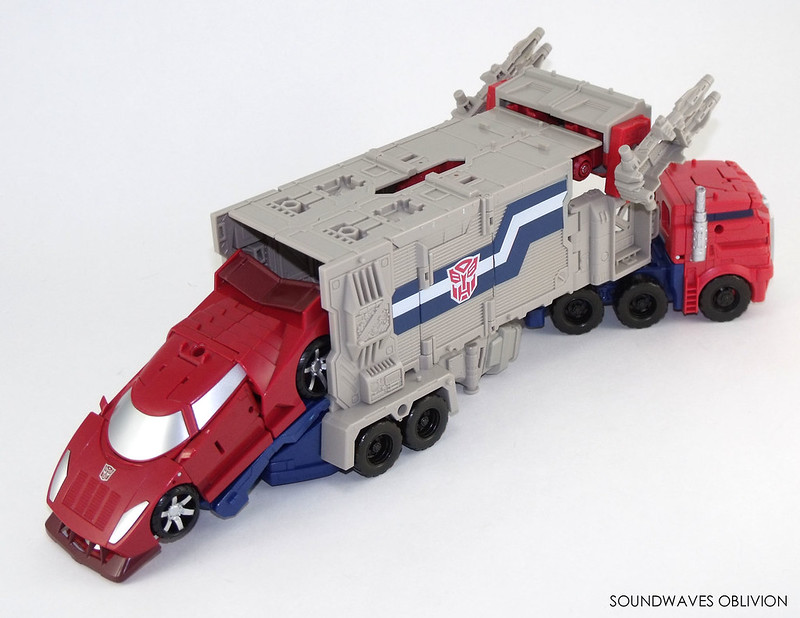 Despite being a retool this figure is worth picking up especially if you are a fan of the original figure, however if money is not an issue it may be worth holding out for Takara Tomys LG-35 Super Ginrai which features further retooling and new weapons making this look a lot more like its original G1 counterpart. 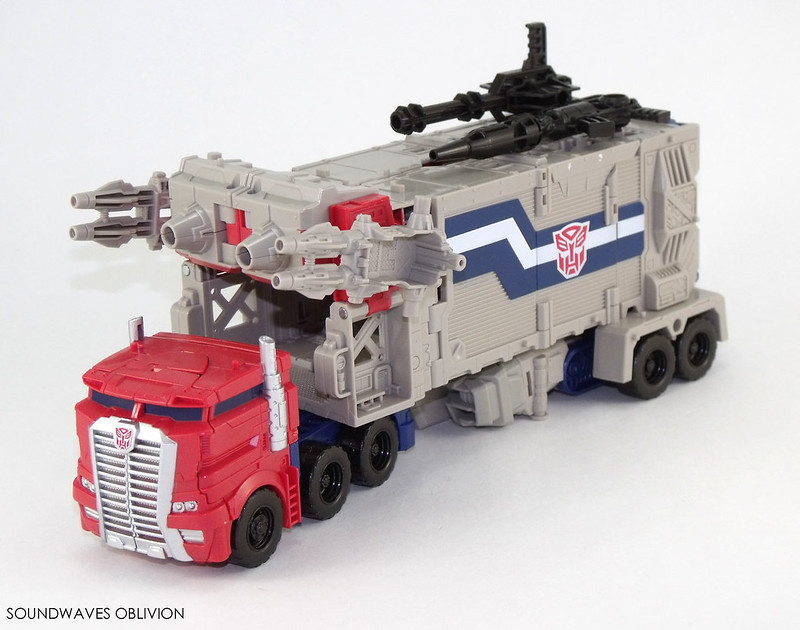 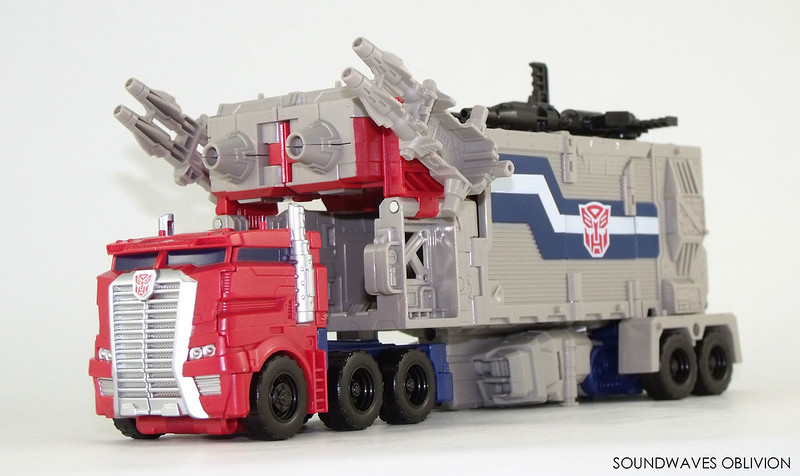 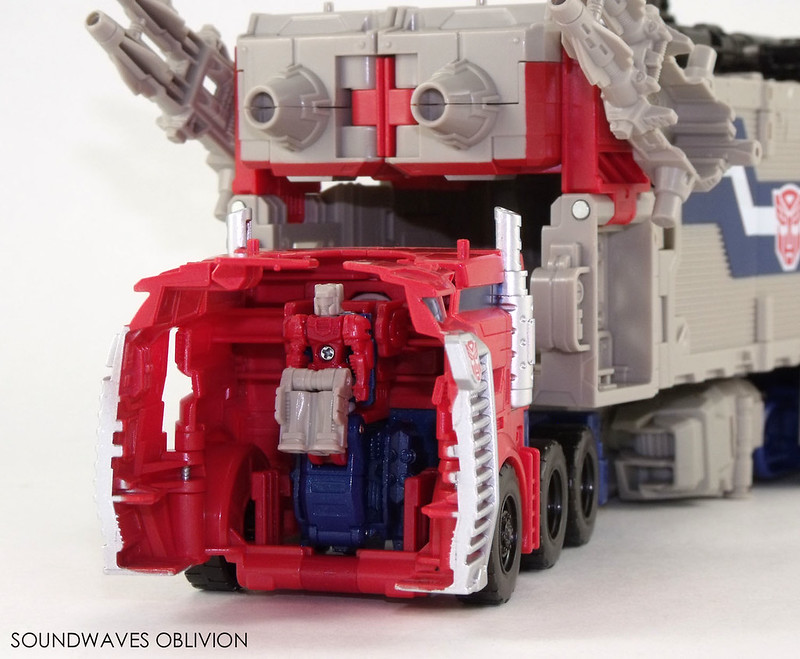