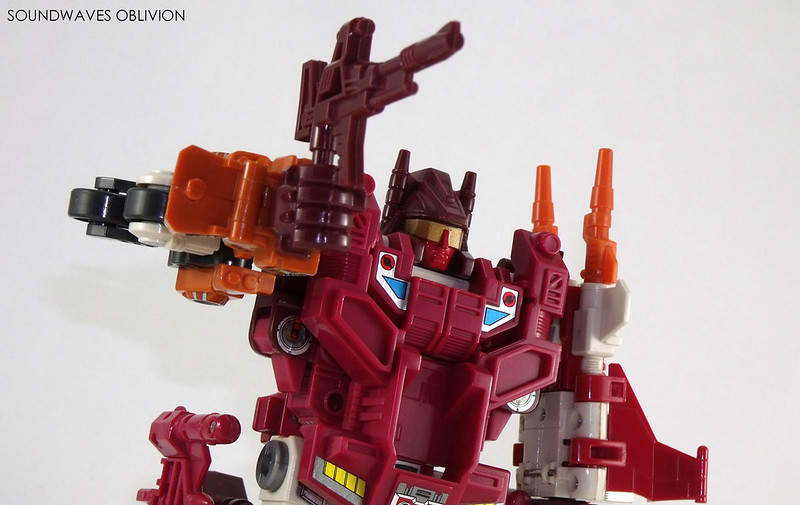 Function: Super Warrior
Motto: "Complete data analysis is essential for the synthesis of successful strategy."
He always makes the right choice...but takes several minutes to make it, since he first completely analyses input from the five Technobots who comprise him. Has great strength, equipped with data processing, communications, radar equipment. Uses Scattershot's automatic acid-pellet gun. Chooses his words with great care and precision - when Computron talks, everyone listens. 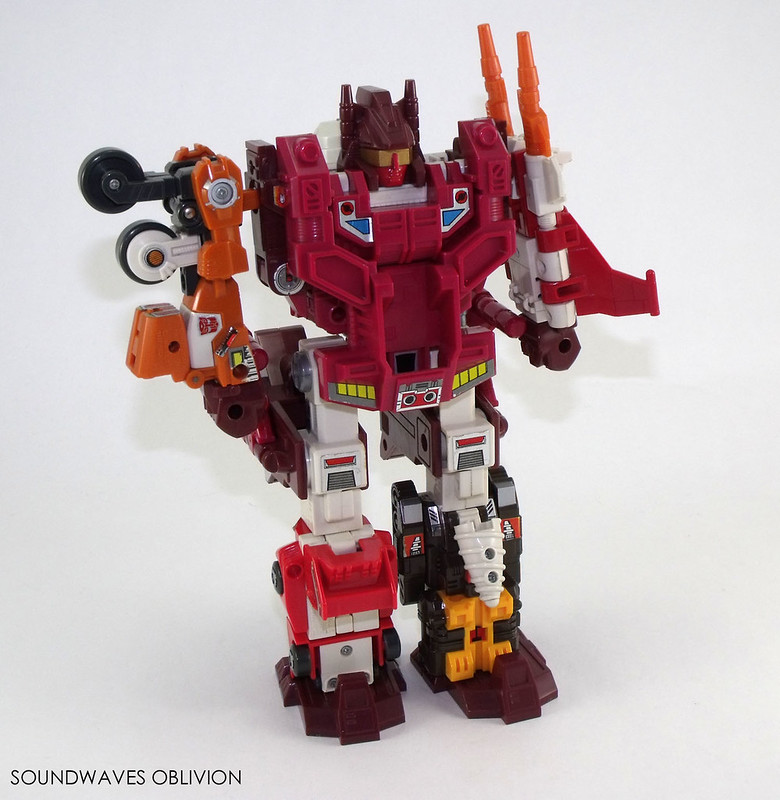 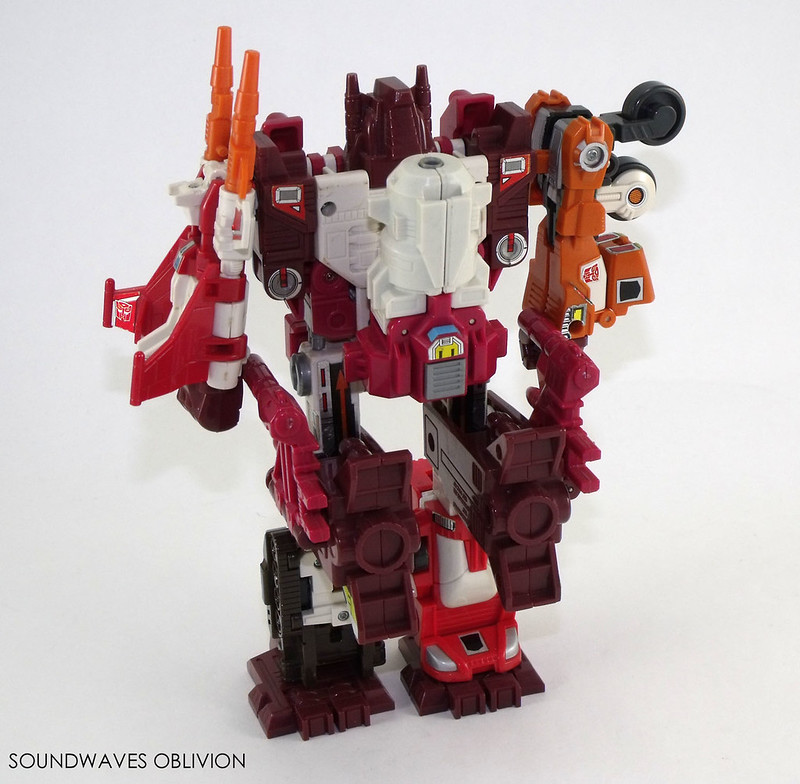 Computron was the third and last Autobot combiner released in the original G1 run in 1987, the next Autobot combiner would be the recolour of the Aerialbots in the Generation 2 series in 1994. Much the same as the previous G1 combiners, each limb is interchangeable with the other combiner bodies. Computron is a bit like Defensor where he is a sturdy figure when combined, not floppy like Superion. The only downside to the combined mode is that Scattershots legs stick out of the back of Computron. Strafe also sits a bit to close to Computrons shoulder and the combiner foot doesn't quite fit on Nosecone. 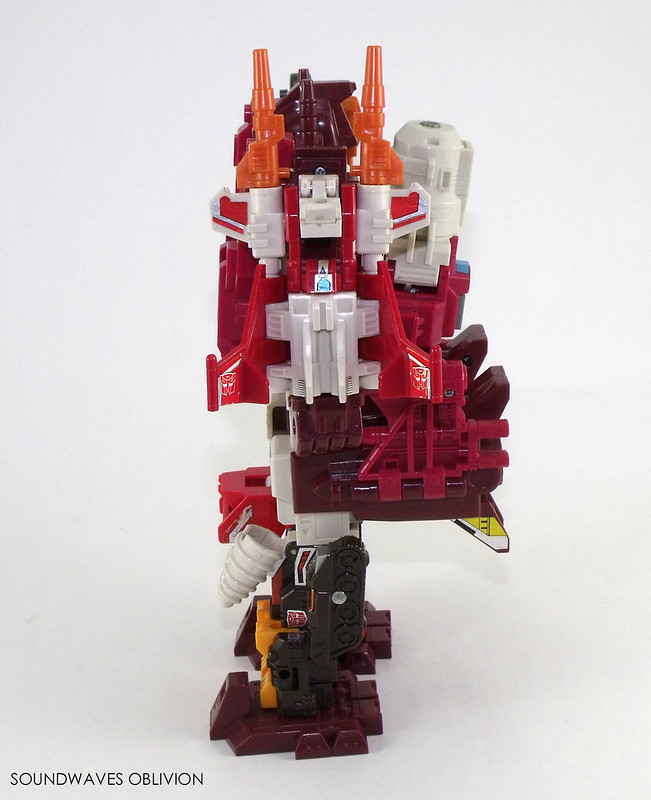 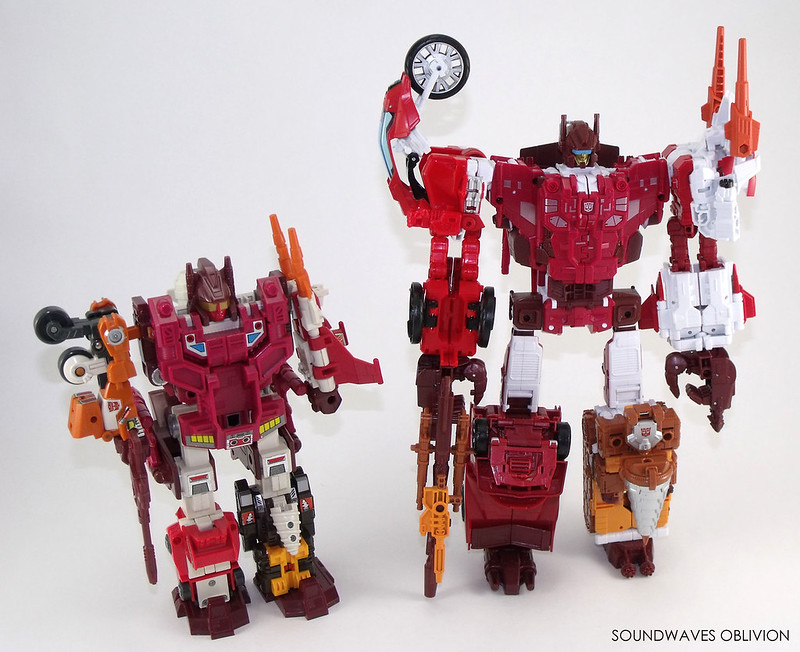 Scattershot
A Triple Changer like the other combiner leaders, Scattershot transforms between a futuristic jet, cannon and robot. Jet mode also makes use of Computrons chest plate as a stand. The cannon mode is at a push a reasonable third mode though unlike the other combiners up to now it is not a base mode compatible with Metroplex. Scattershot comes with a large gun which is also used by Computron and 2 guns which plug into his shoulders. 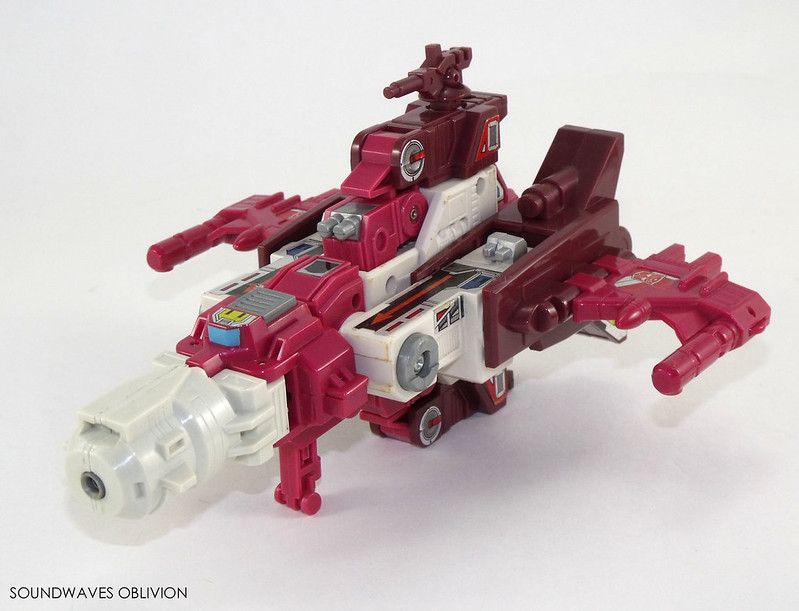 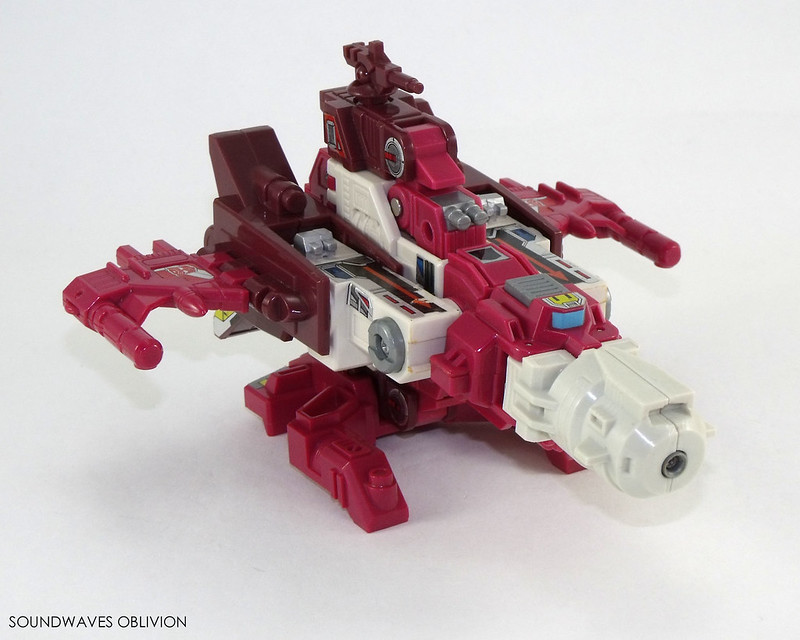 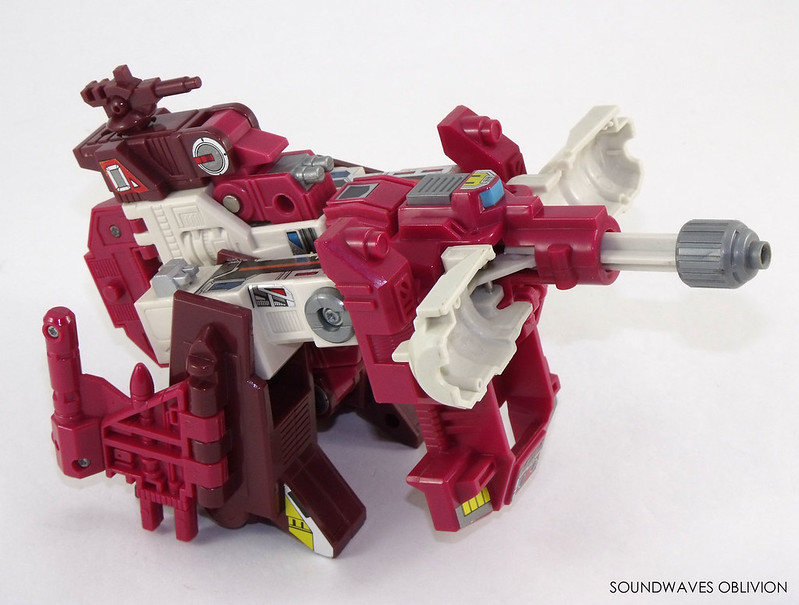 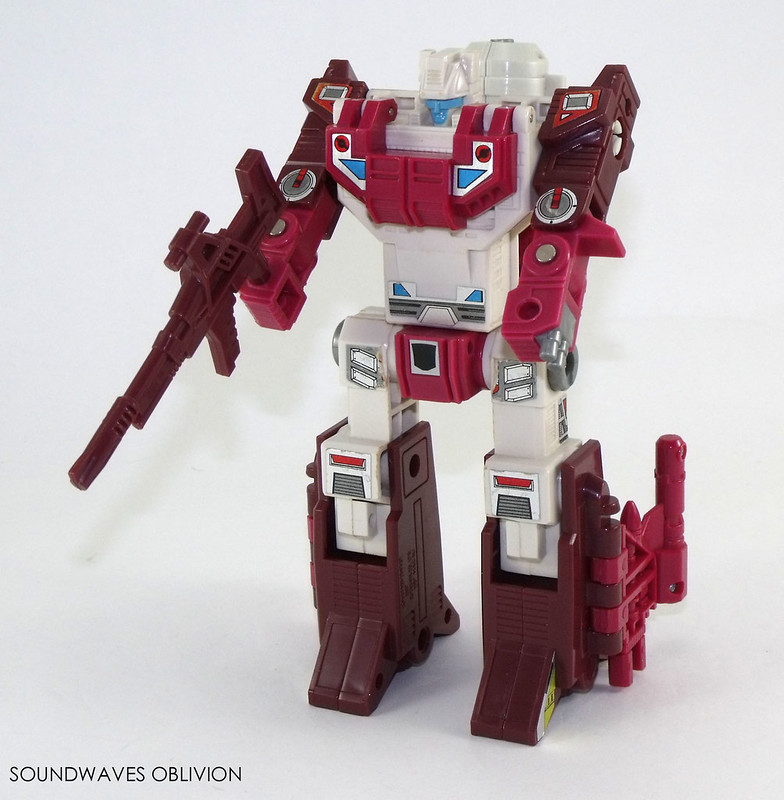 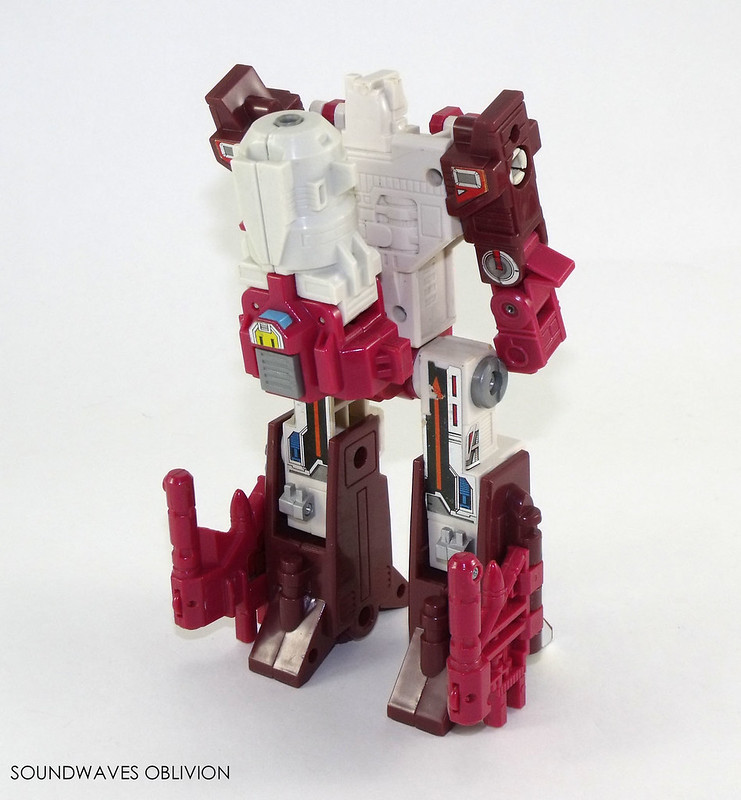 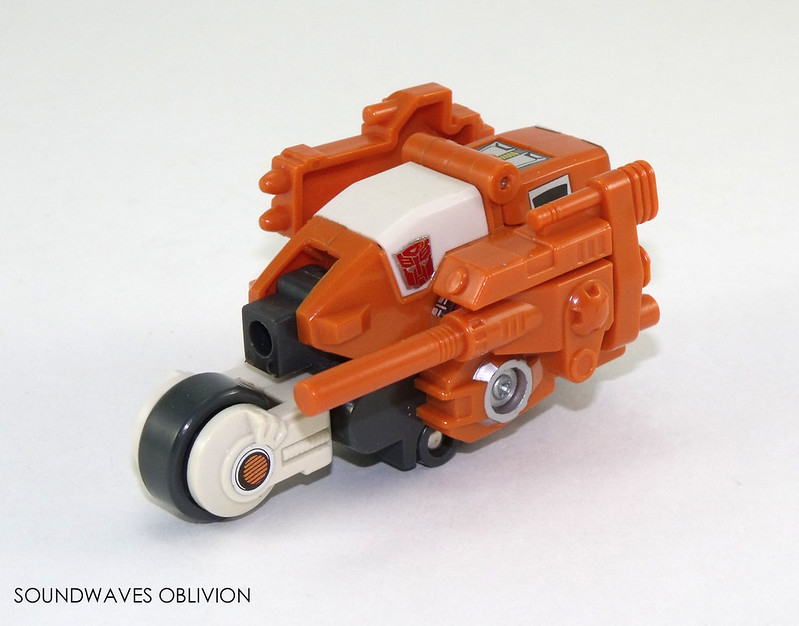 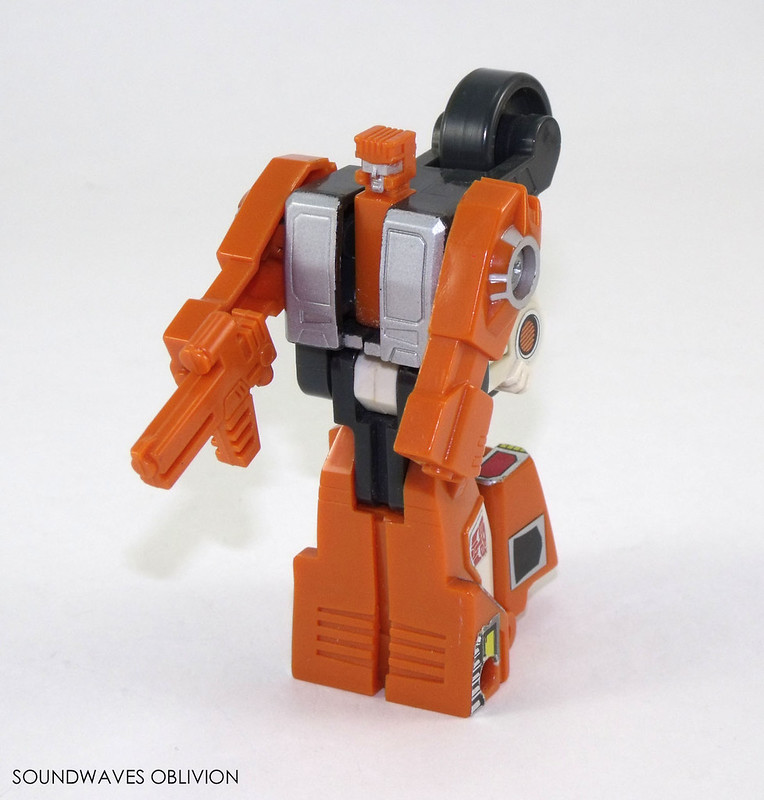 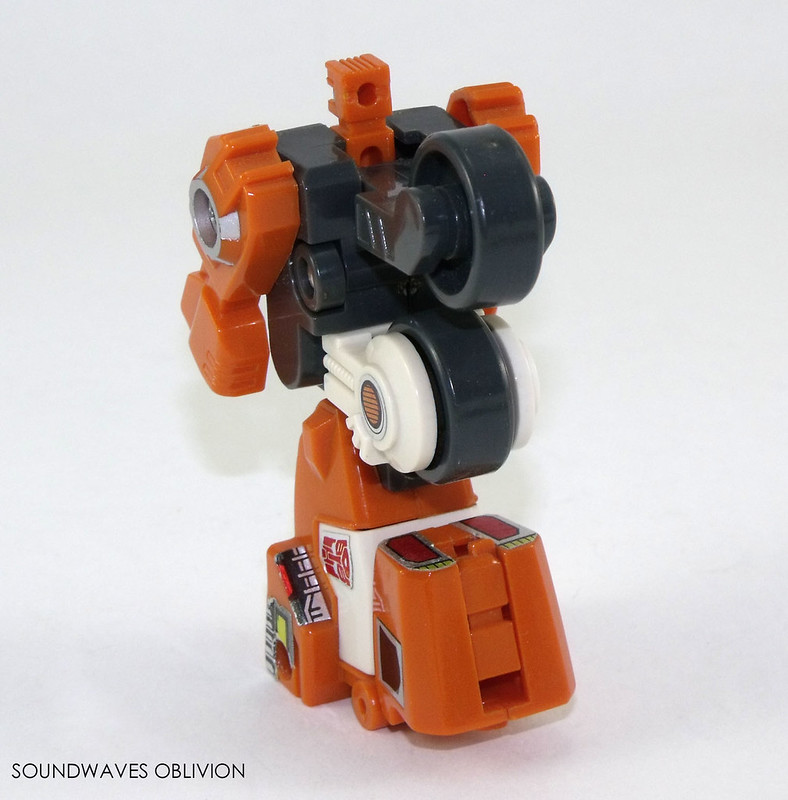 Strafe
Transforms from futuristic jet to robot. This is possibly the weakest member of the team, without the two orange weapons in jet mode it looks quite plain. When transforming this figure to robot mode, make sure the legs are extended before folding the wings back. With the age of the figure, the plastic has a tendency to crack caused by the movement of the wings. Strafe forms the left arm of Computron. 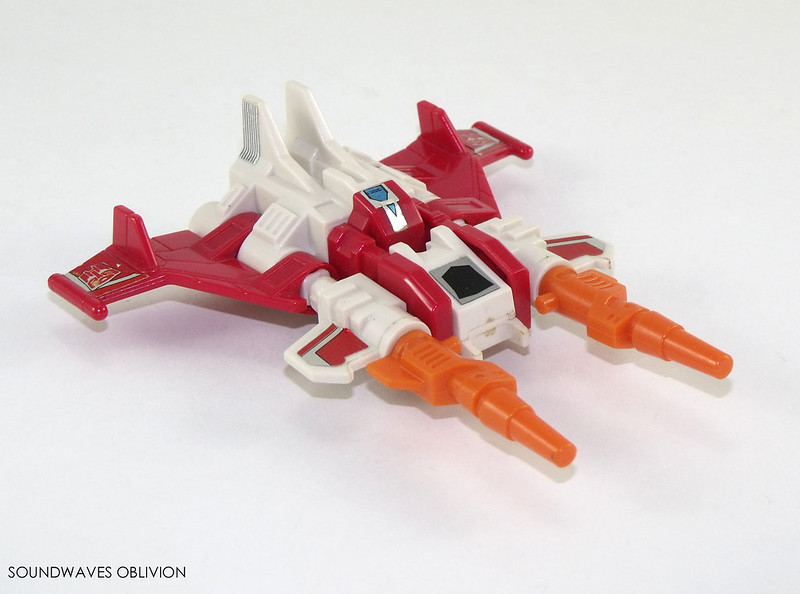 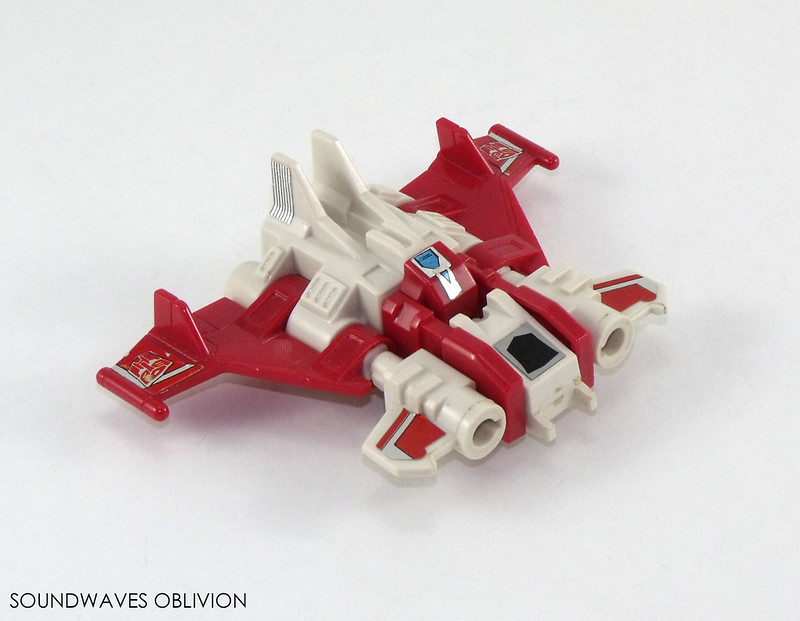 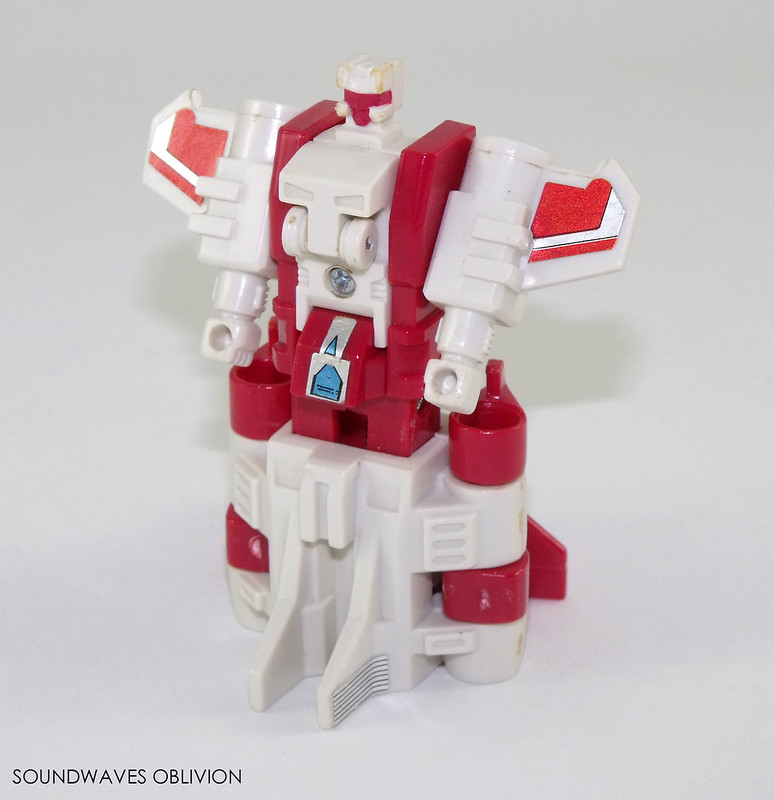 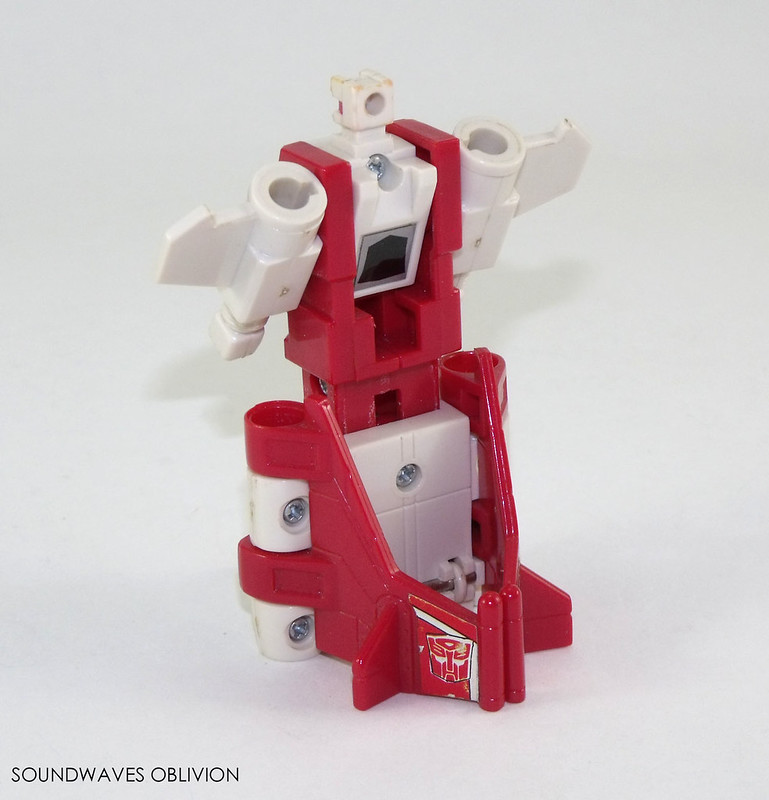 Lightspeed
Transforms from futuristic car to robot mode. When transforming to robot mode, Lightspeeds feet tend to pull off quite easily, but they are just as easily put back on. Lightspeed forms Computrons right leg, though he does look like he has been put on backwards. 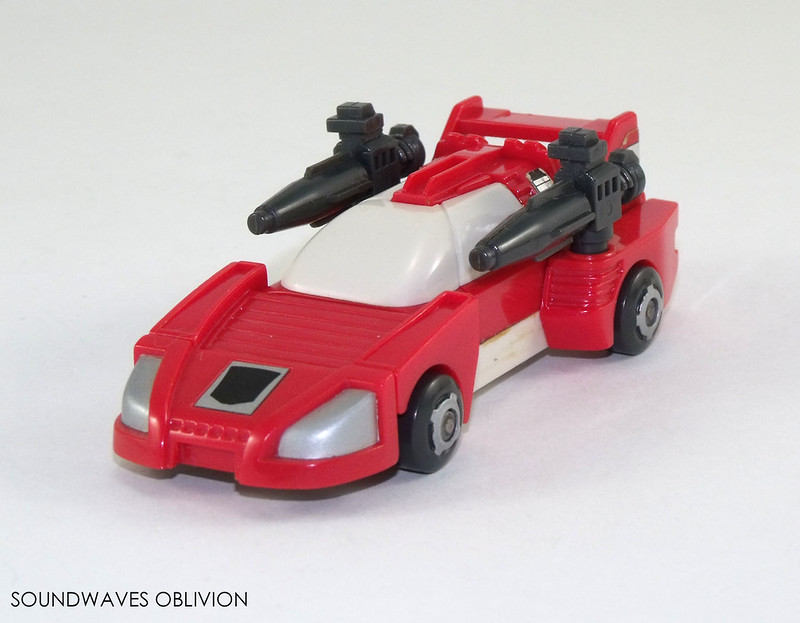 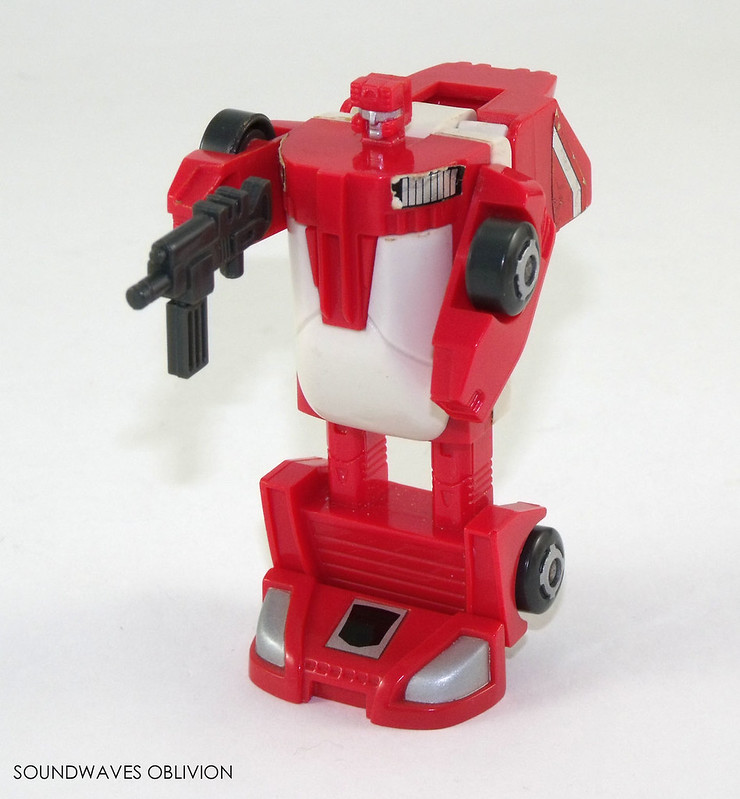 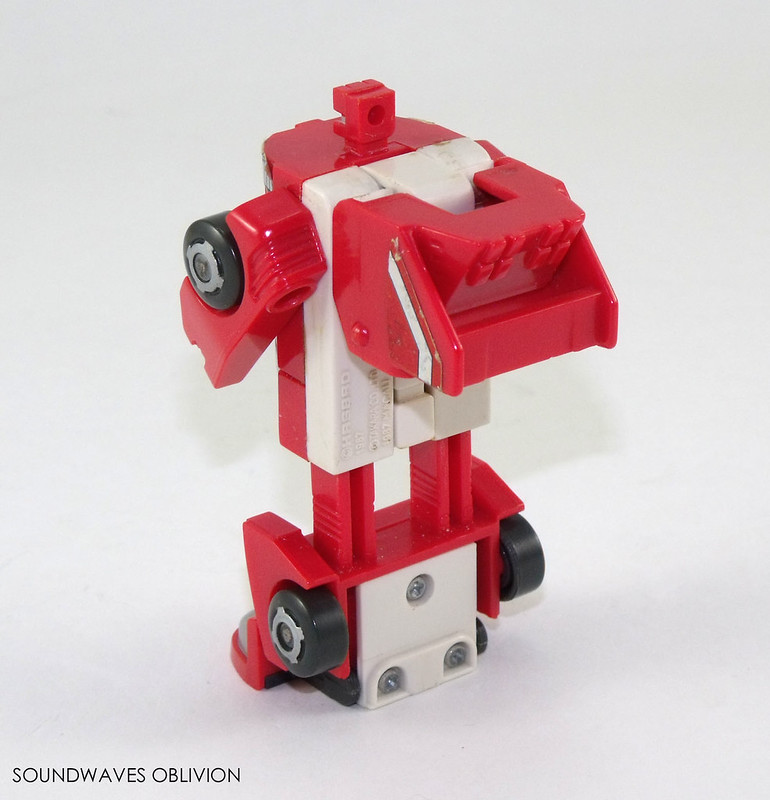 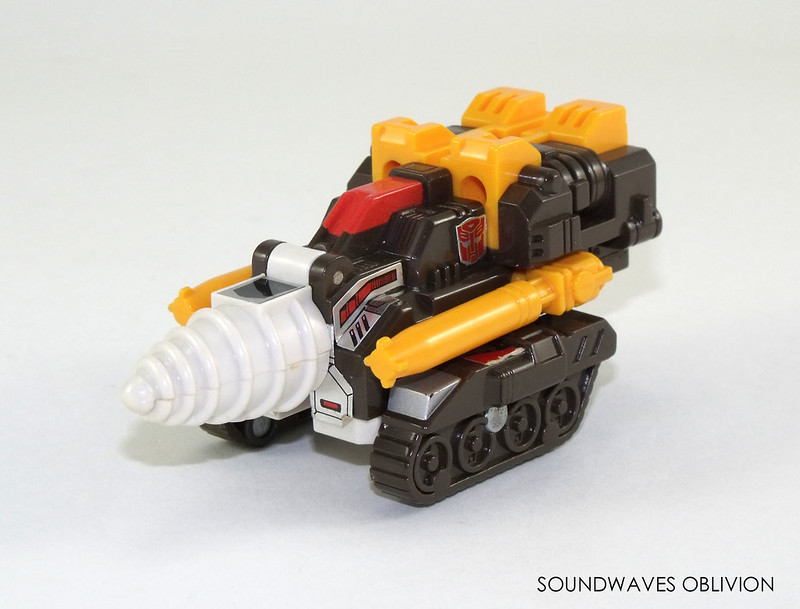 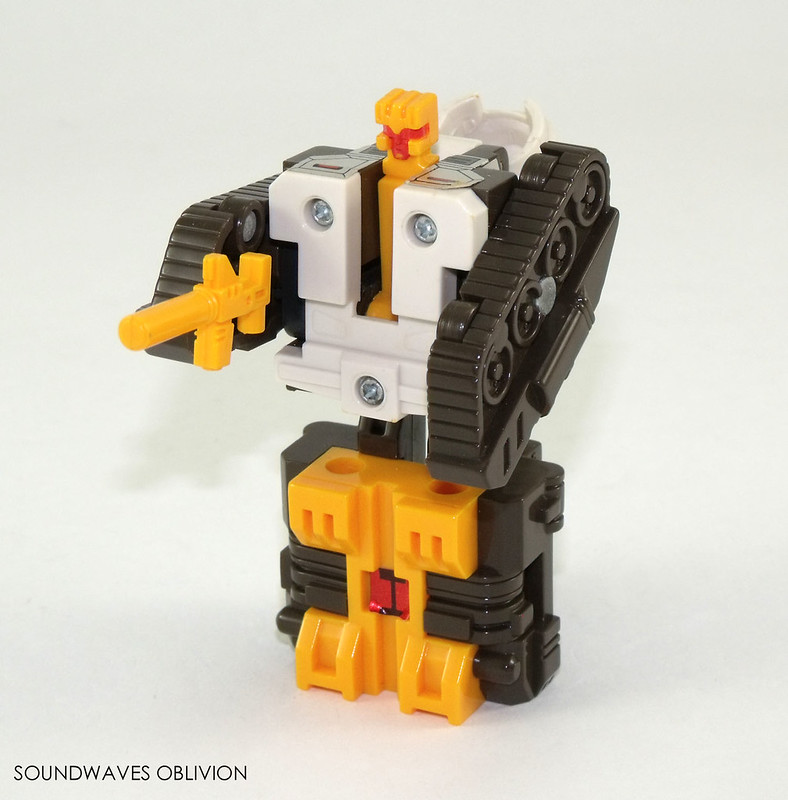 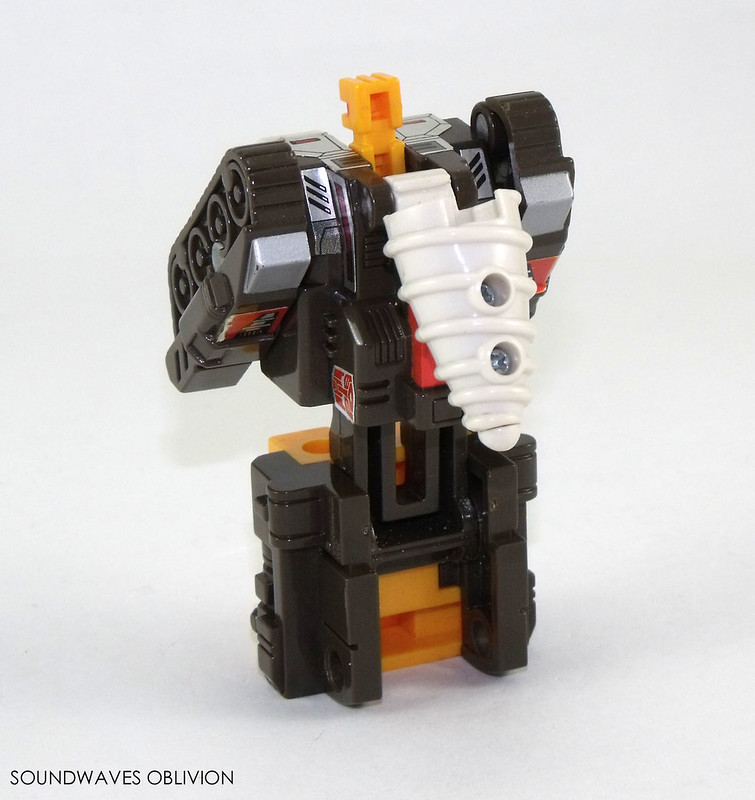 Computron is one of the stronger of the G1 combiners and is certainly worth picking up if you are a G1 fan. 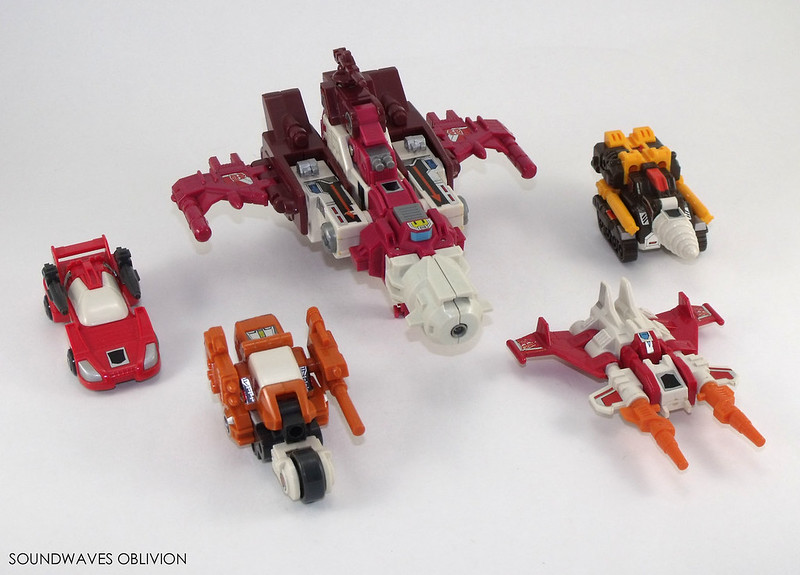 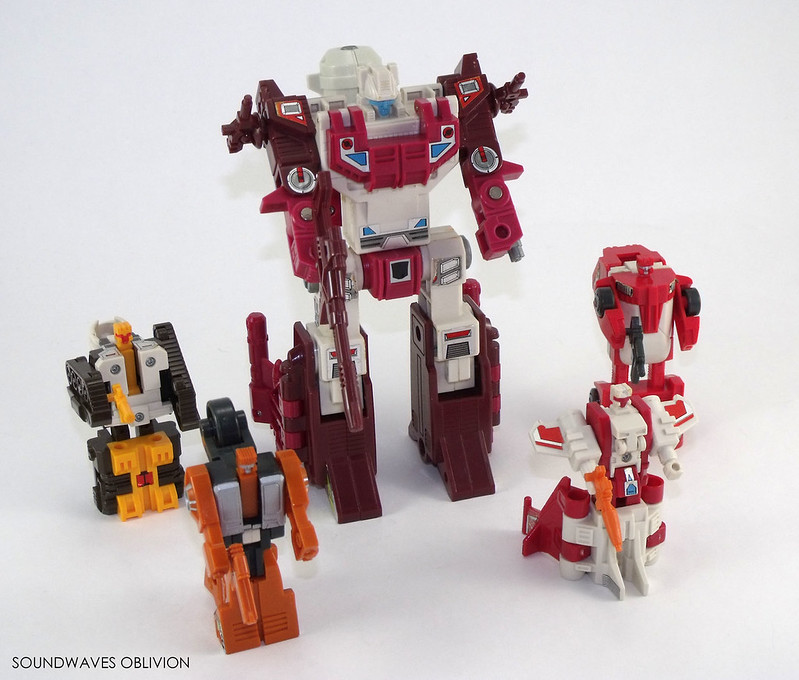 View the full gallery on Flickr here.
Posted by Jeremy Barlow at 21:49

Email ThisBlogThis!Share to TwitterShare to FacebookShare to Pinterest
Labels: Generation One