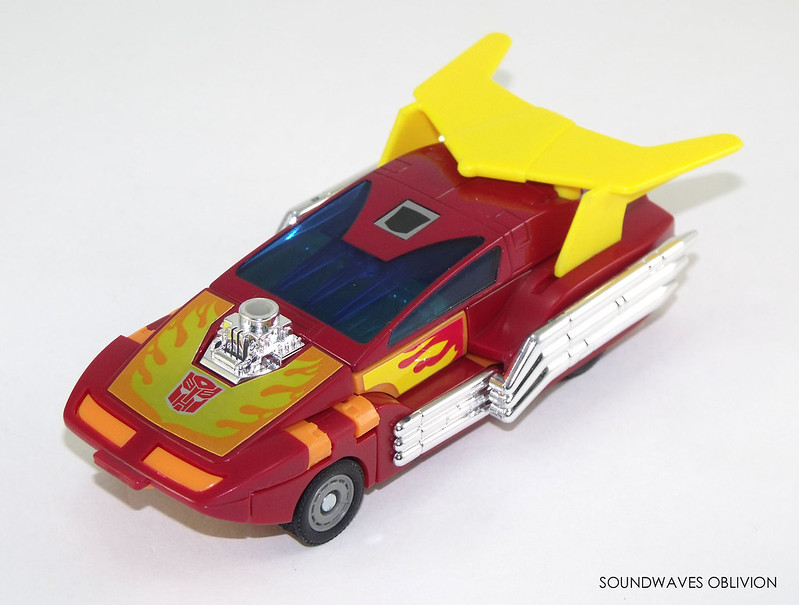 Function: Warrior
Motto: "My actions speak louder than words."
Rodimus Major is a typical adolescent who dreams of being heroic and important. Although he means well, his impulsive actions often get him into trouble. Carries two photon lasers that temporarily electromagnetize an enemy robot's microcircuits. An enthusiastic and idealistic thrill-seeker who often acts like the immature adolescent he is. Can be hot-headed, but is brave, admirable and an honourable fighter. 'Major' is an honorary title bestowed on Autobots who exhibit great potential. 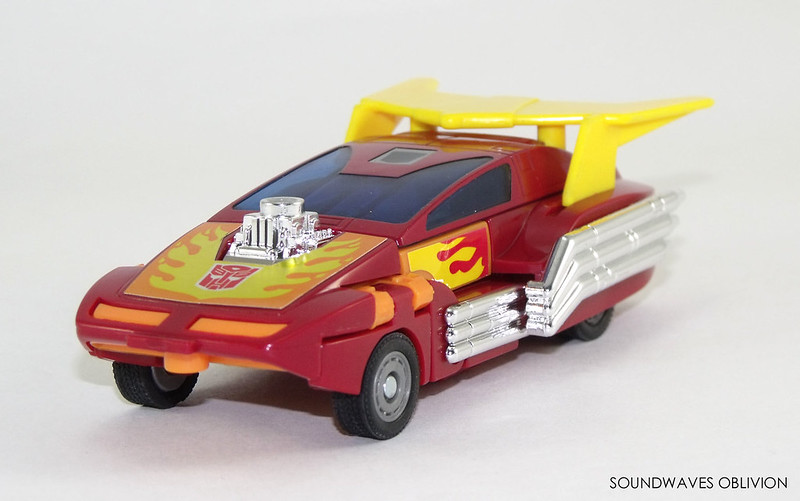 In 2000, Takara released their first wave of reissues to commemorate 15 years of Transformers in Japan; the three figures released were Convoy (Optimus Prime), Ultra Magnus and Hot Rodimus (Hot Rod). Two years later Hasbro released their own reissue line called the Commemorative Series which was a Toys R Us exclusive line. 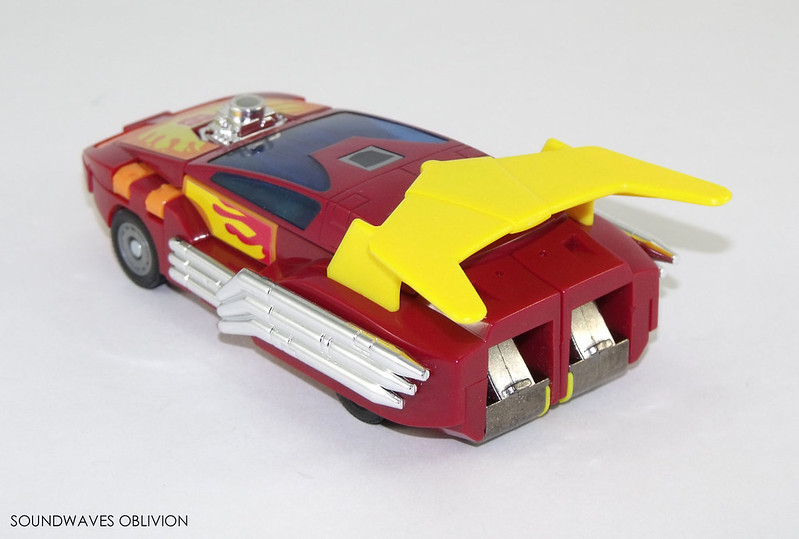 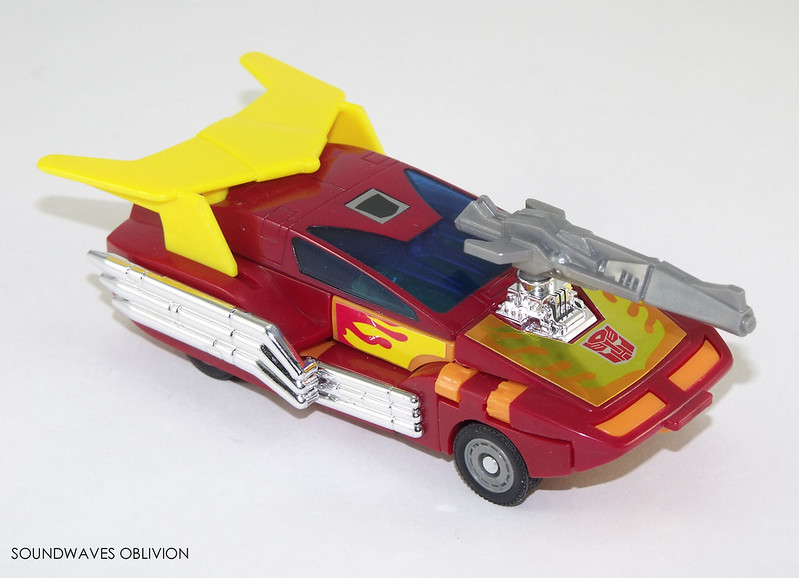 Like Takara, the initial wave were Optimus Prime, Ultra Magnus and Rodimus Major (Hot Rod). Both Optimus and Ultra Magnus featured retooling to pass toy safety standards with the smoke stacks being shortened and the missiles being significantly lengthened. There were no changes to the Hot Rod / Rodimus Major figure other than the name. Additionally Hasbros reissues also came with Takaras sticker sheets. 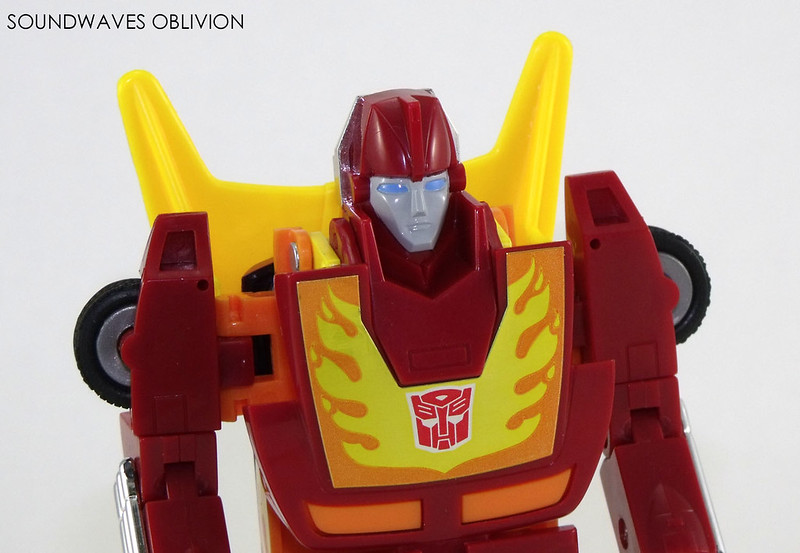 Rodimus Major retailed at $17.99 in North America, which wasn't too bad considering the original figure in 1986 cost $14.99. I picked mine up for £9.99 at Toys R Us when they were eventually released (this was a special introductory offer price, both Optimus Prime and Ultra Magnus were £25 each before being hiked up to £40) 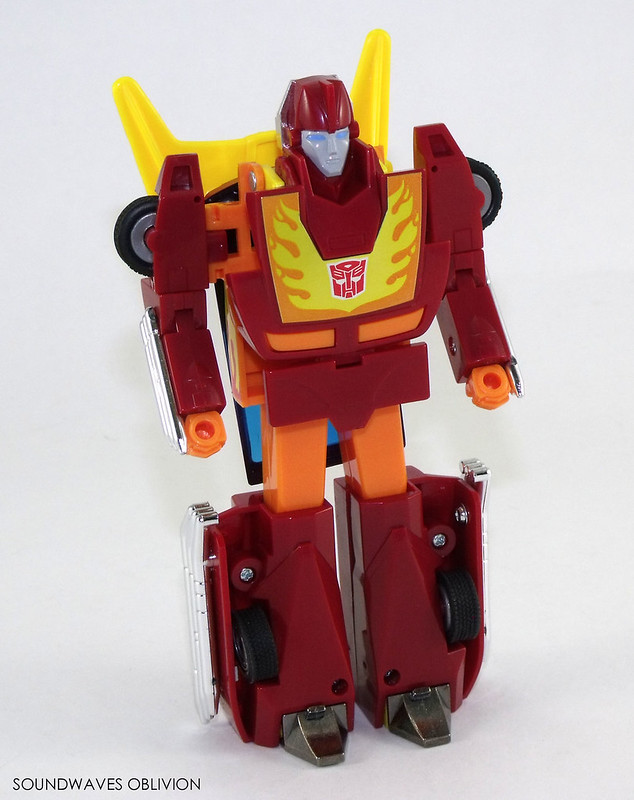 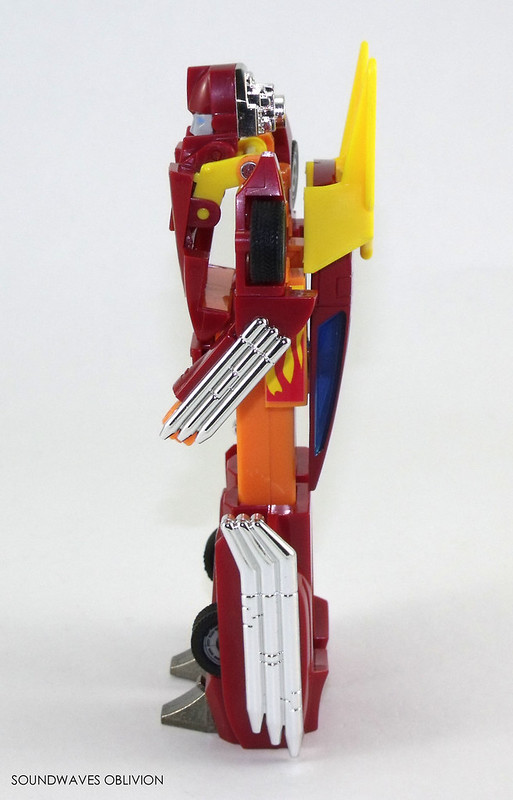 Hot Rod is best Autobot car released in 1986 as well as the main protagonist of the 1986 movie; if you are looking to pick up a reissue, you may as well go with the 2004 Transformers Collection version which also comes with the Targetmaster Firebolt figure. 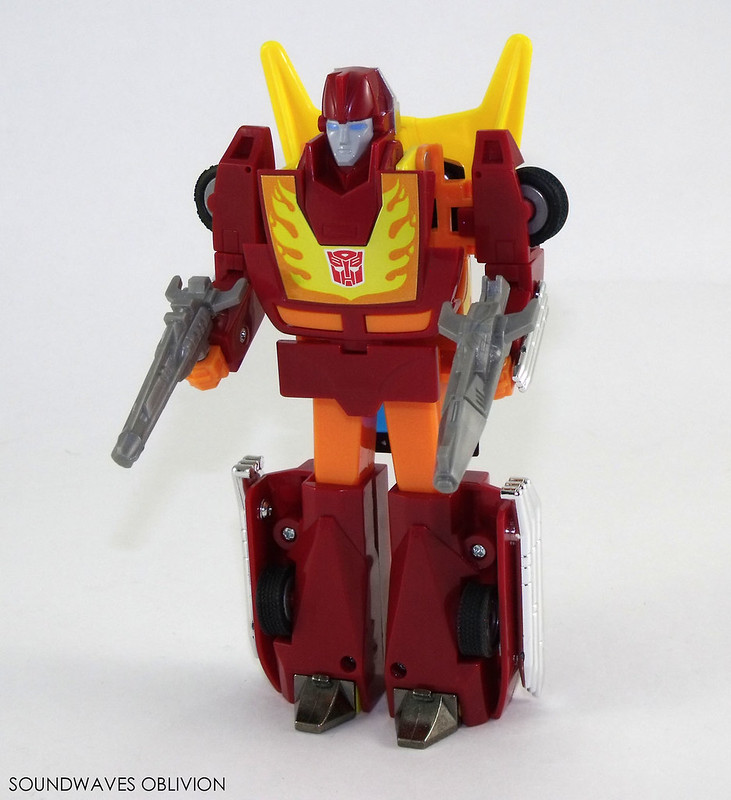 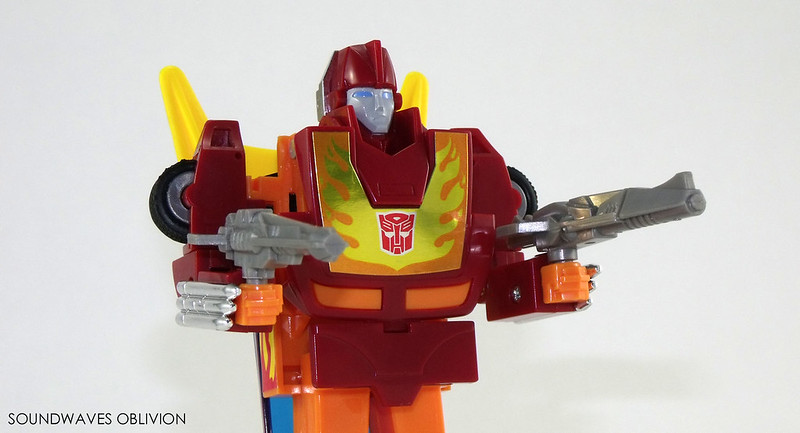 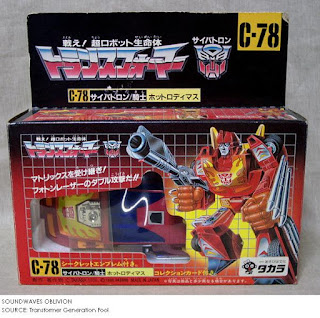 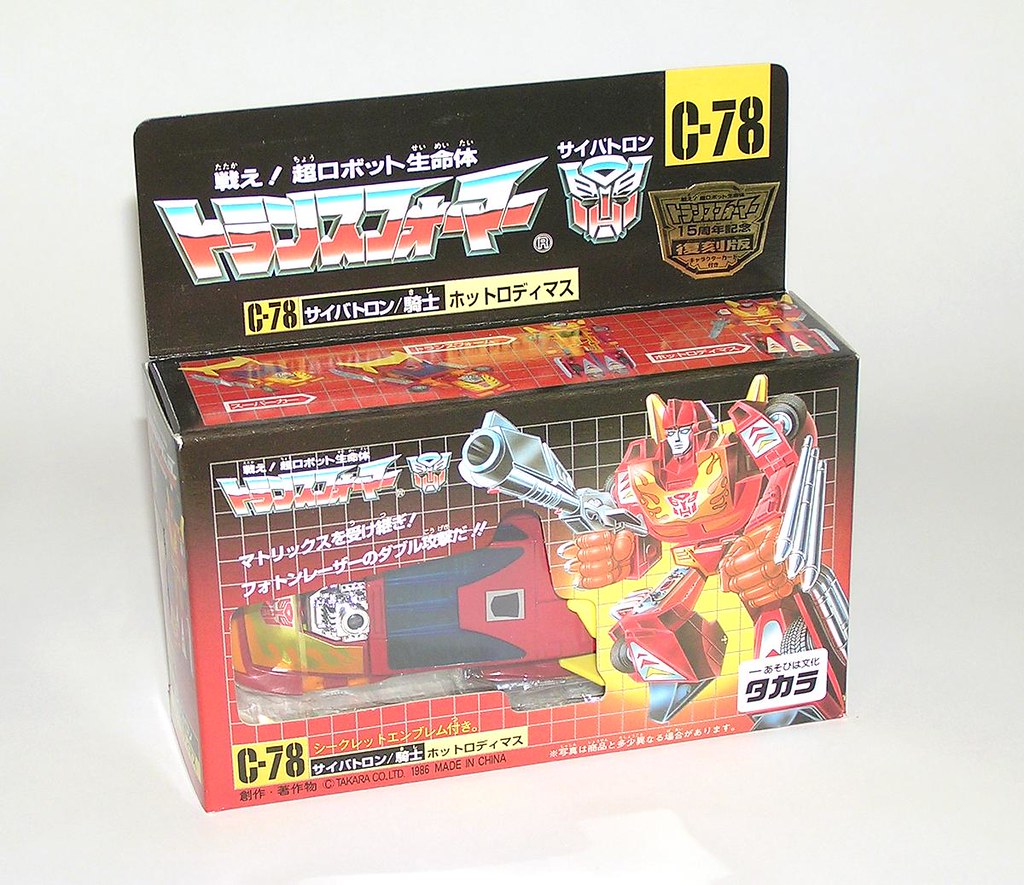 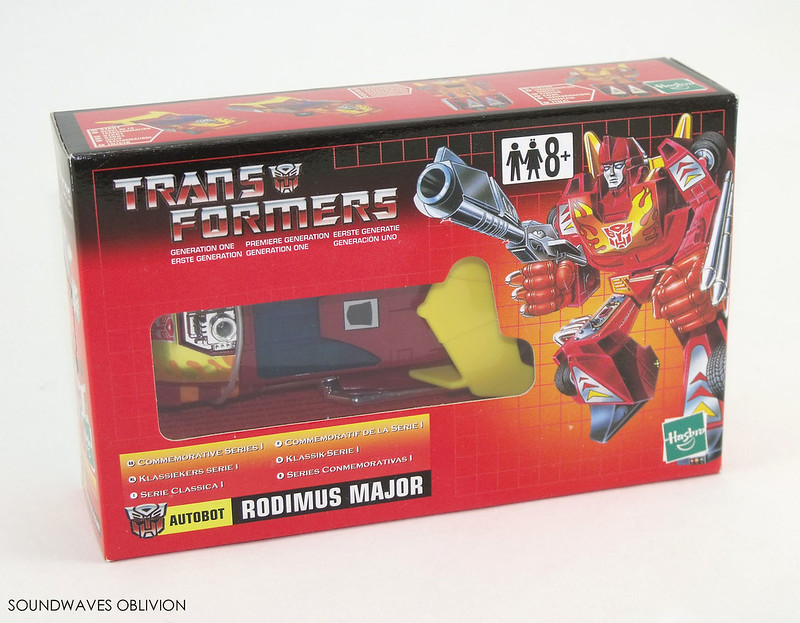 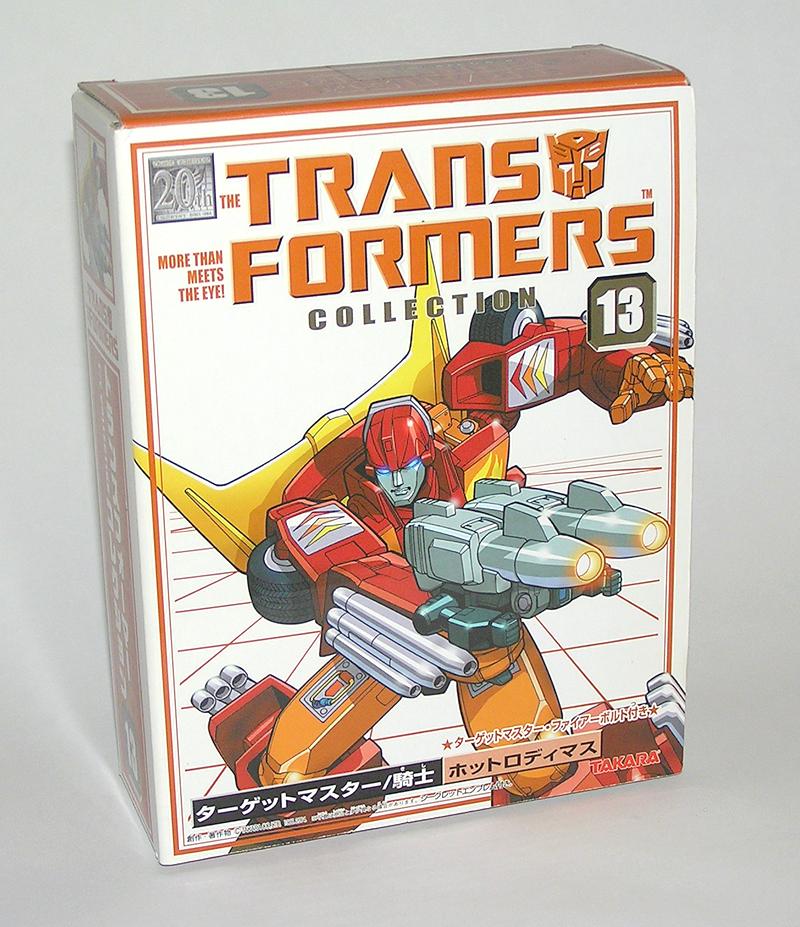