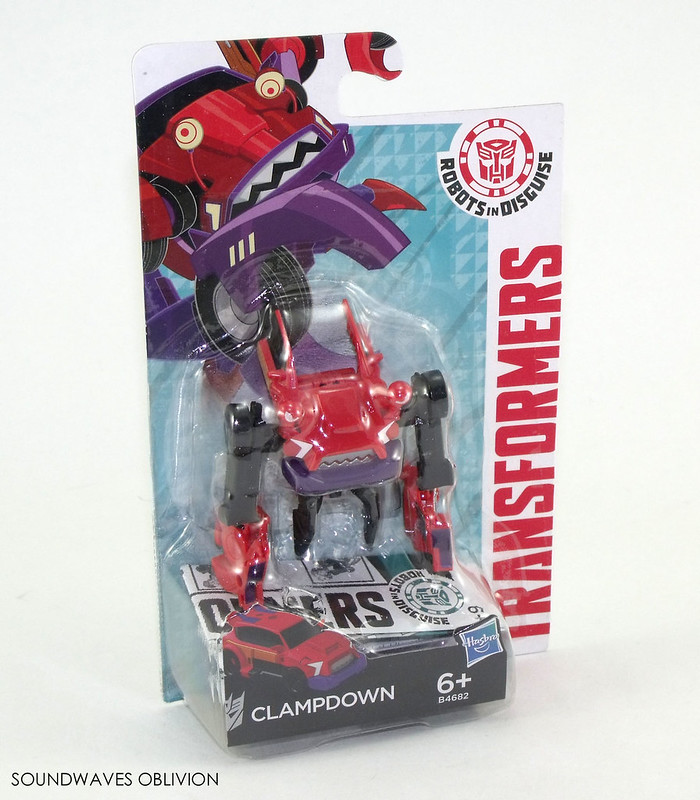 So far Clampdown has only been released as a Legion Class figure (discounting the non transformable Hero Mashers and Tiny Titans lines) in both Robots in Disguise and Transformers Adventure. 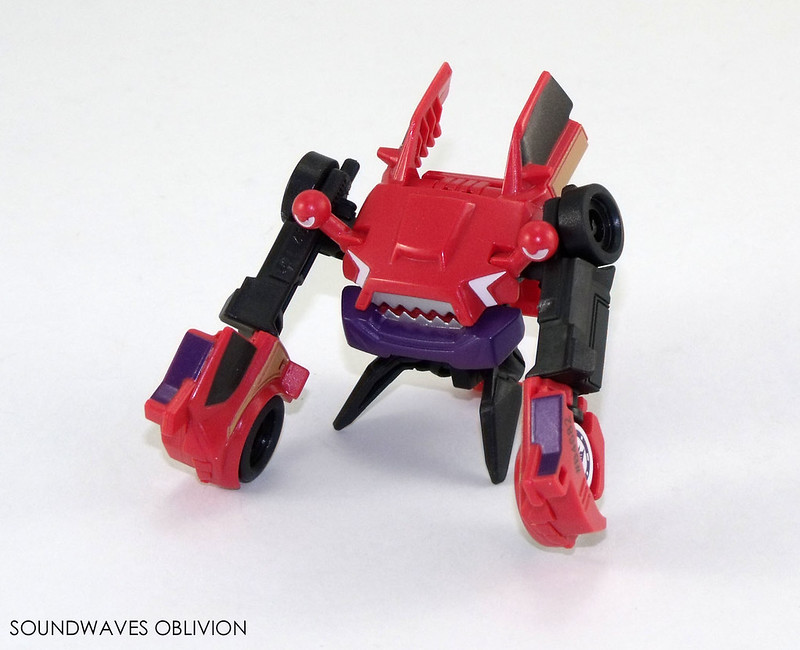 Clampdown comes packaged in robot mode and much like the other Decepticons his robot mode is a "beast mode", in this case Clampdown resembles a crab with eyes on stalks and big pincers though he only has two legs. 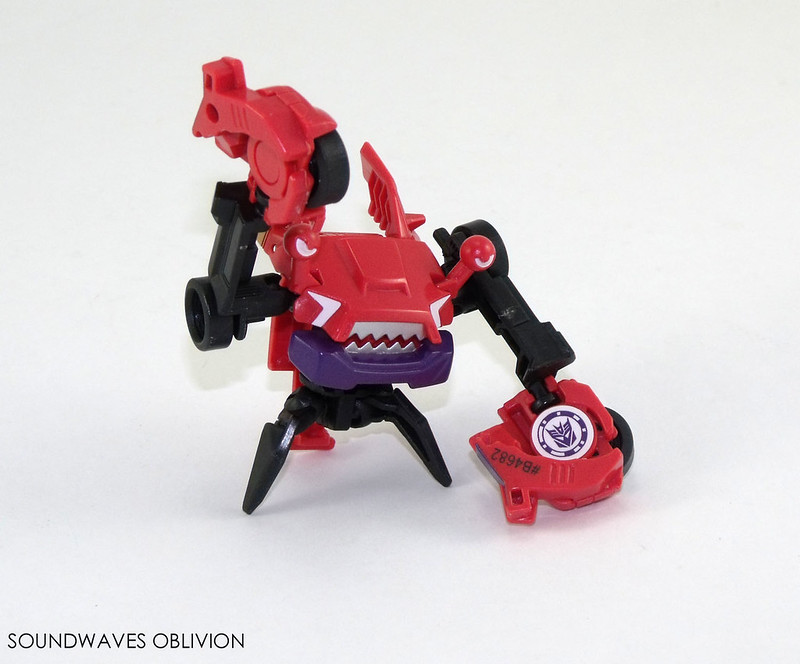 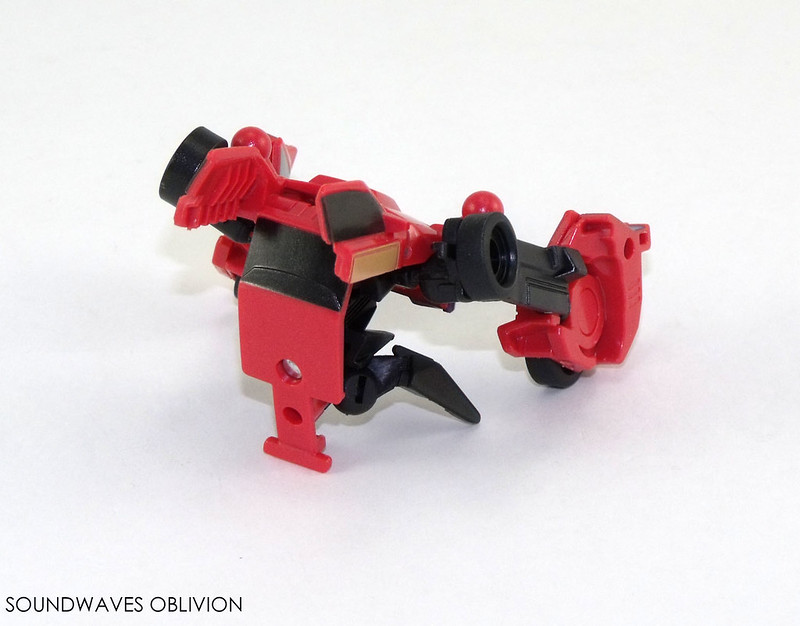 Clampdown can't stand on his legs by themselves, relying on the car roof section on his back and his claws to prop him up. Because of this his poseability is limited but you can adjust the eyes due to the transformation and the mouth is on a spring and can open and close. 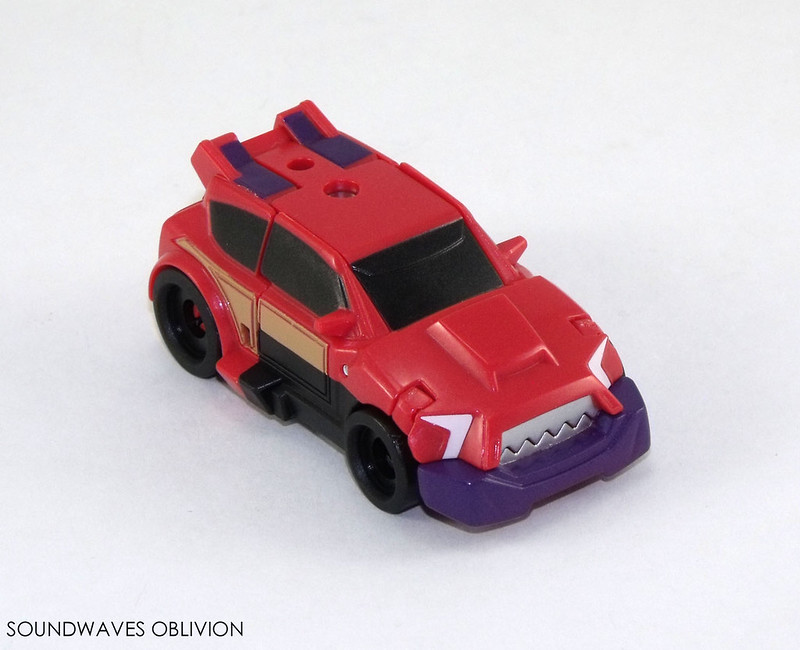 Transformation to car mode is basic but well done, its just a shame that the vehicle mode doesn't add more paint applications. Additionally there is a big gap in the back of the vehicle mode, though it isn't too much to put you off the figure especially one of this size. If you like quirky Transformers, this is one to get especially at the Legion price point. 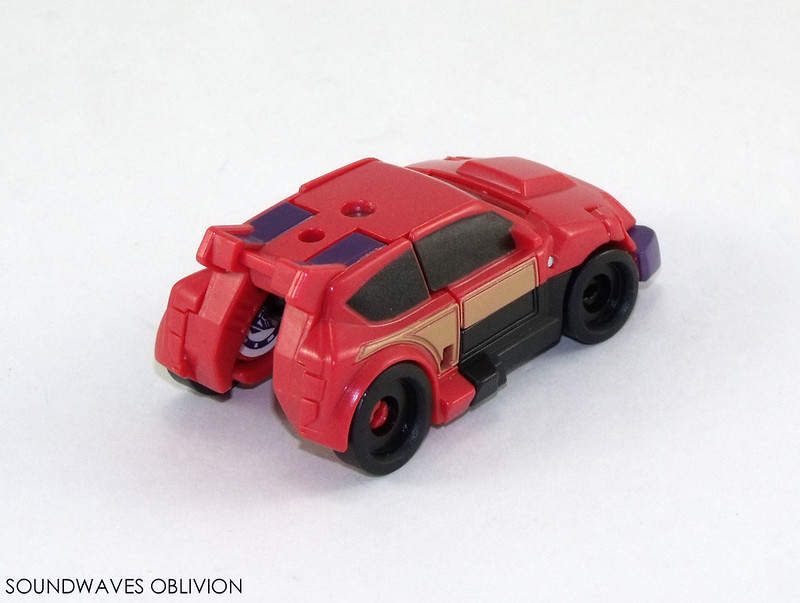