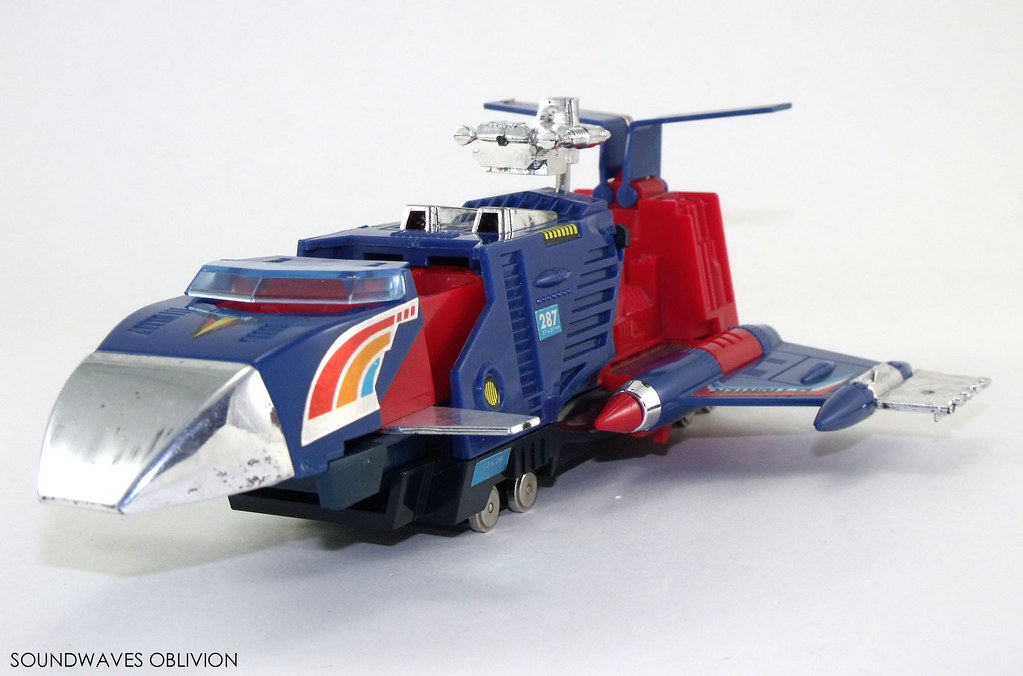 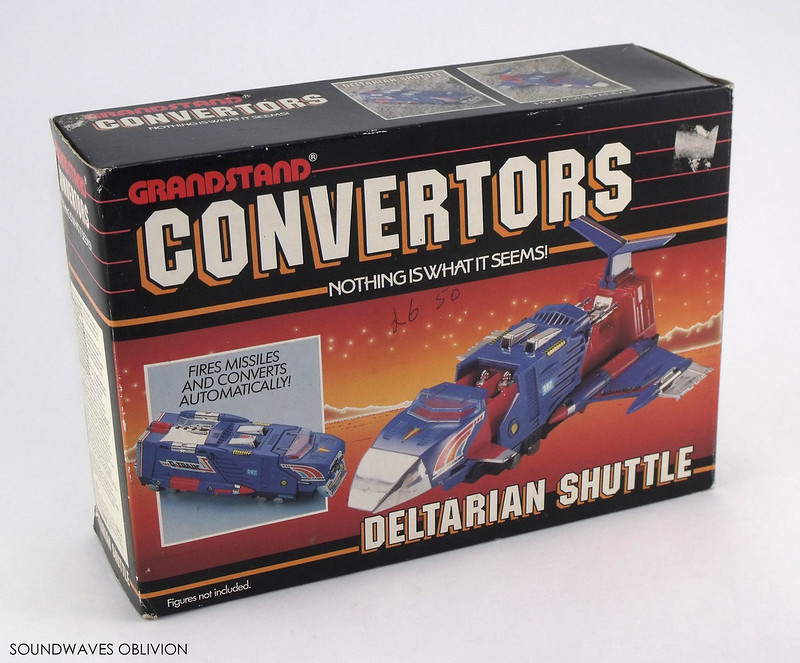 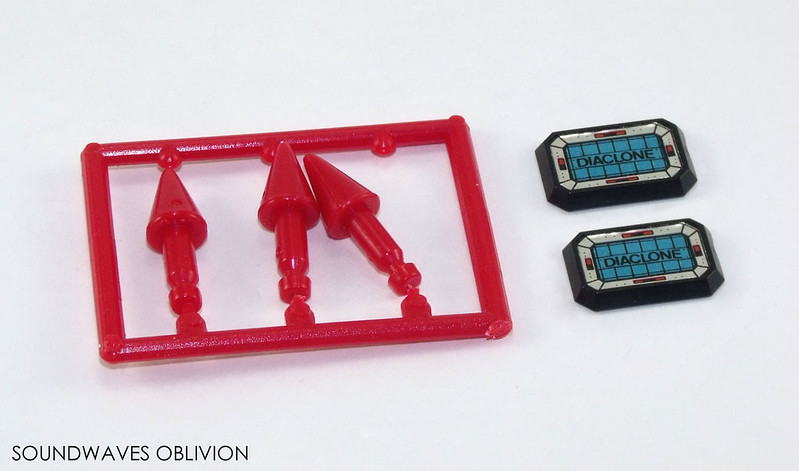 Deltarian Shuttle is one of 3 transformable vehicles released in the Grandstand Convertors line and is still quite common to find on the secondhand market. Released from 1985 for around £10 this vehicle converts from a train into a shuttle at the touch of a button. 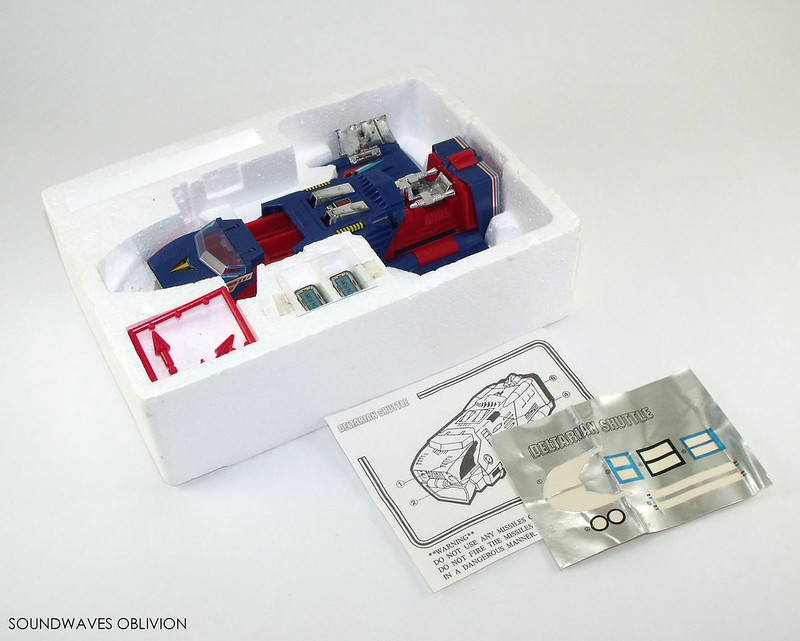 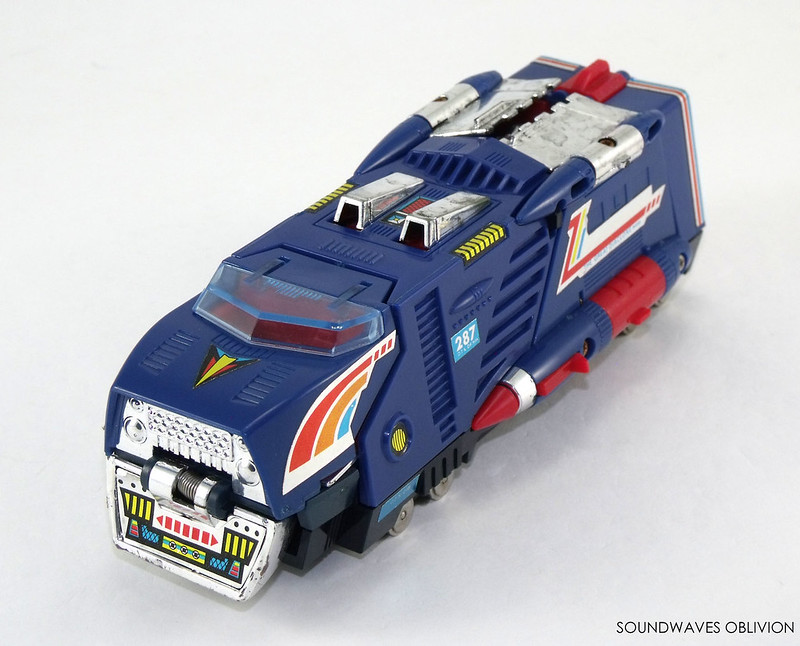 Whilst in train mode when you push down on the two chromed sections in the top centre of the train, its motorised function will turn it into a shuttle without the use of batteries. A word of warning though the front chromed section of the shuttle is very brittle plastic, as it transforms from train to shuttle, this section is on a strong spring and will flip up with force and along with age this section has a tendency to snap off.  Therefore as you transform the train to shuttle, keep hold of the chrome section and carefully fold it up manually. 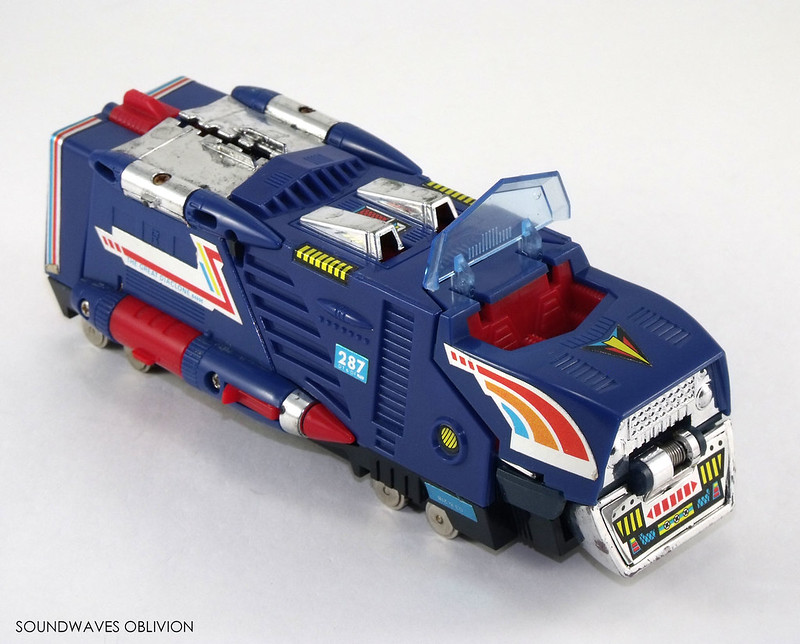 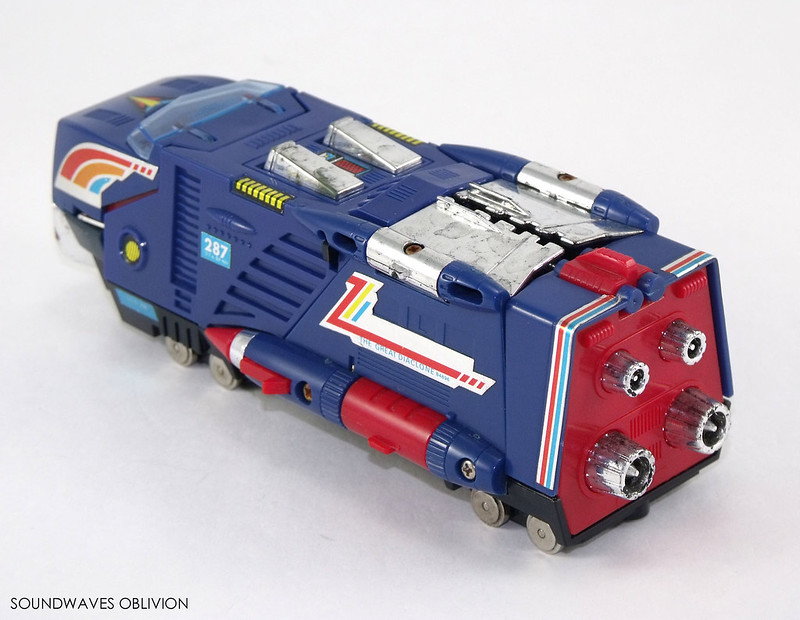 As with the majority of the Diaclone releases that featured in the Grandstand Convertors line, Deltarian Shuttle did not come with the Diaclone Drivers, though if you had Zetanoid you could use the two pilots that came with this figure. 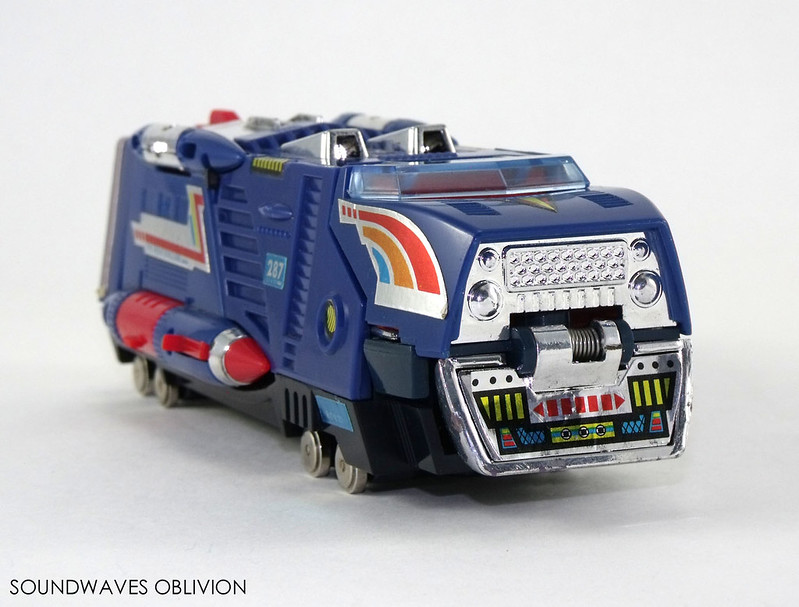 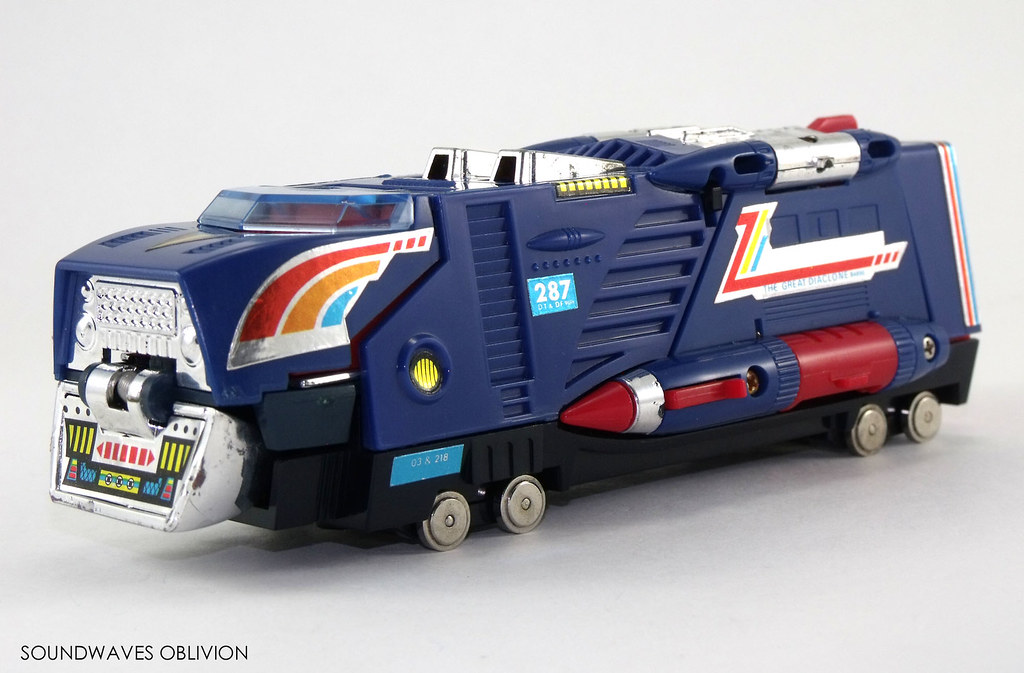 Train mode is quite plain but there is an opening cockpit which can also be used in shuttle mode where you can sit two pilots. Just as the 1984 Kronoform verson, Protectron (see below), the stickers on the side of the train mode no longer have the text "D-Train". 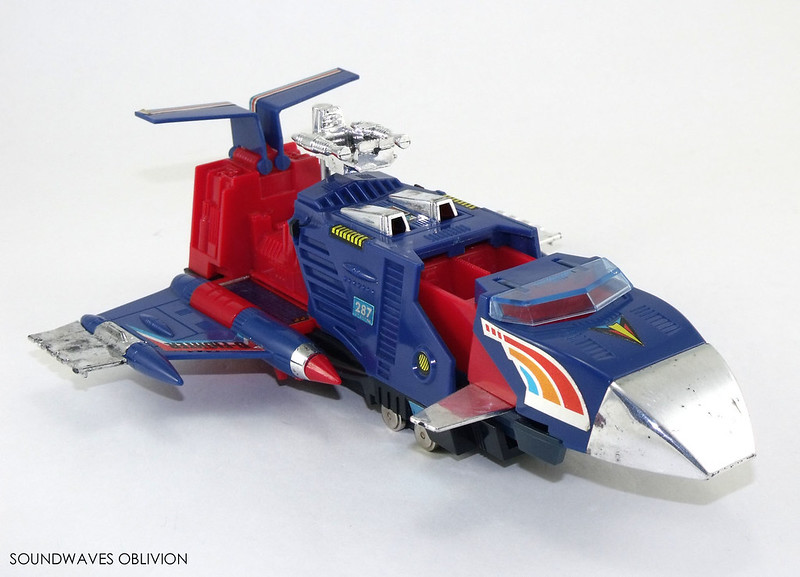 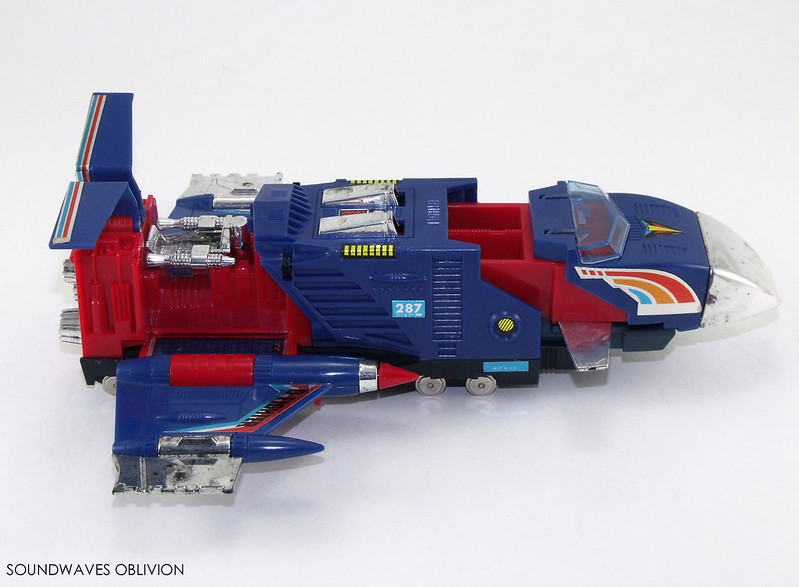 When transformed to shuttle mode it increases in length and the wings that flip out also need manually extending; these also feature a missile launcher in each wing. The tail section of the shuttle also needs folding up. There is also a chrome weapons platform which can be raised up and can seat a Diaclone Driver. 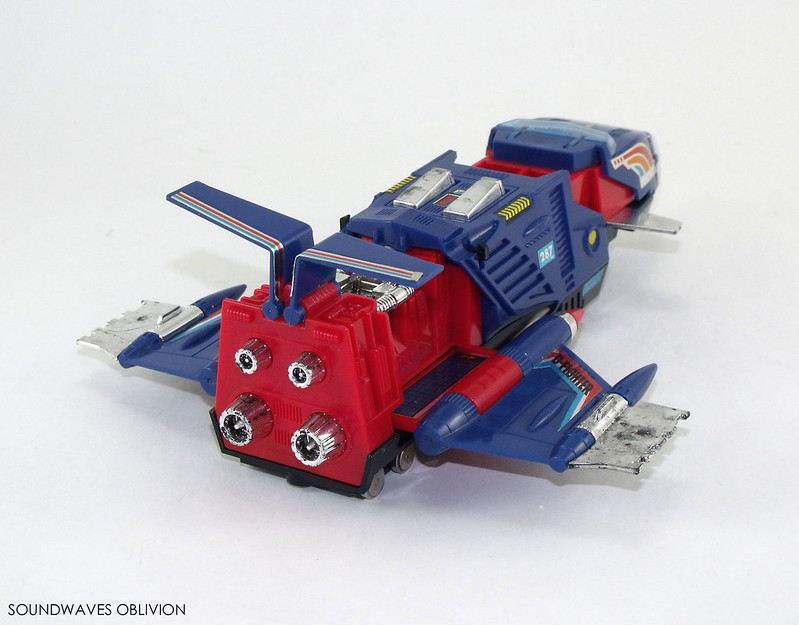 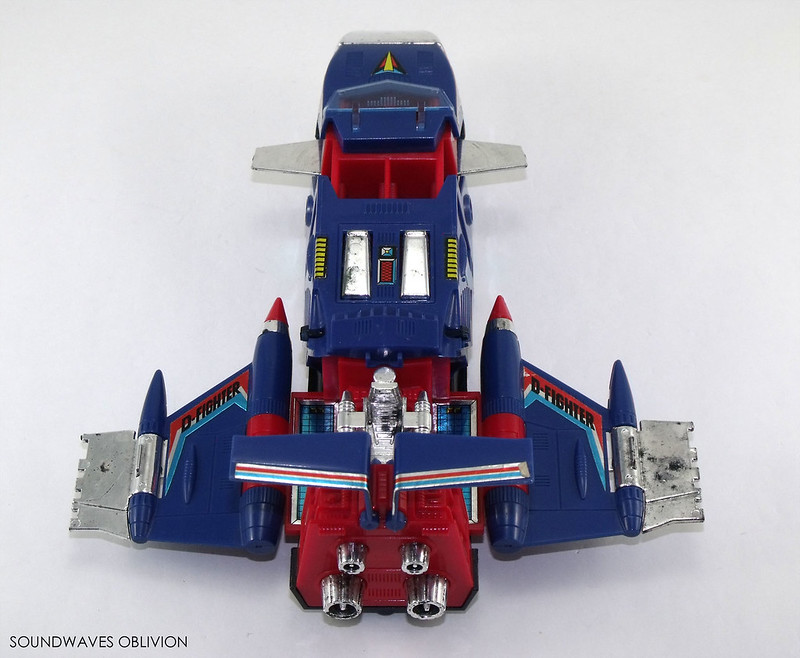 The transforming vehicles may not be as popular as the robots in the Convertors line, though if you are after a Diaclone Dai Train, this version is by far a cheaper alternative albeit missing 2 pilots. 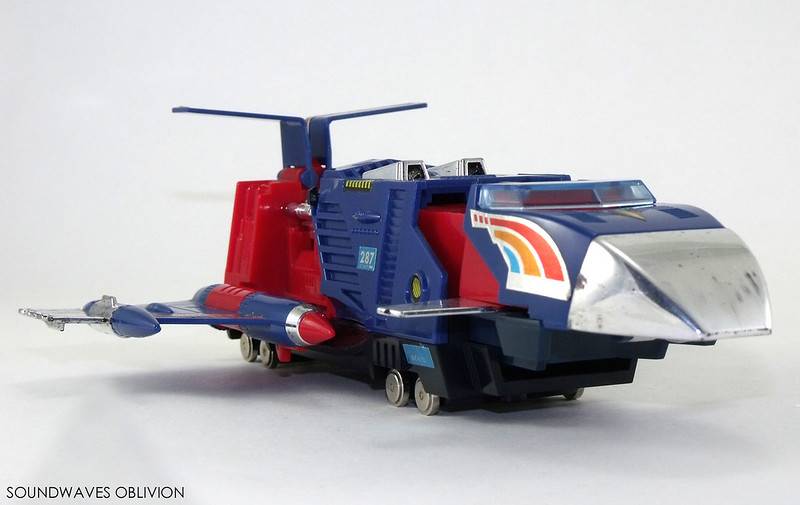 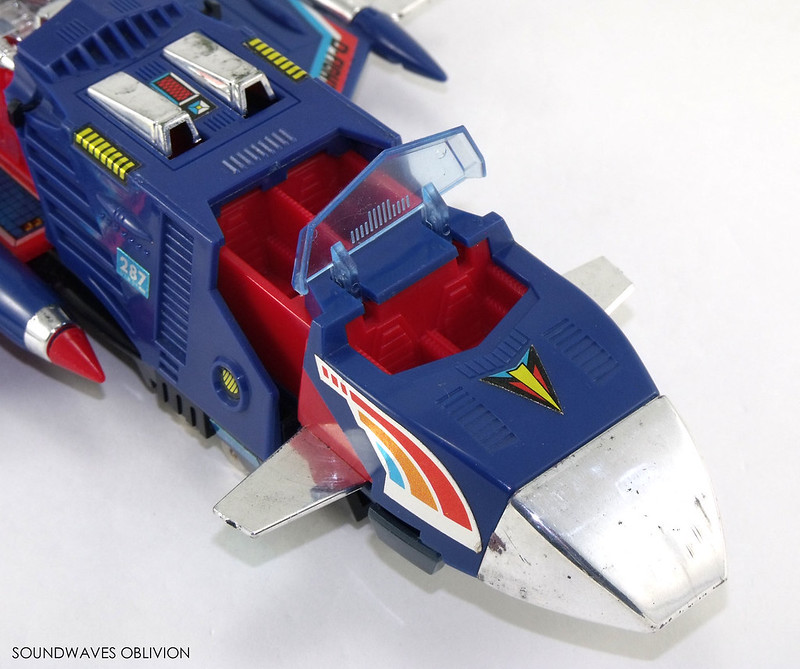 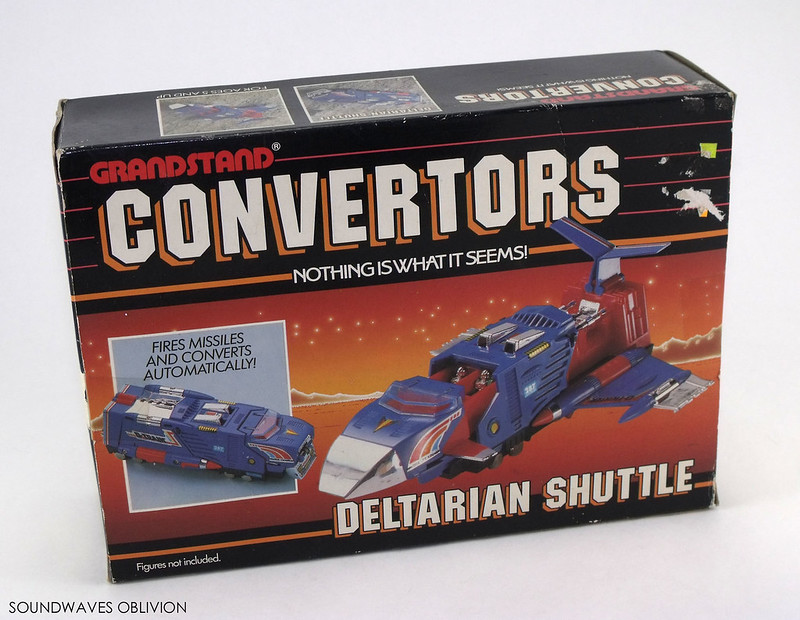