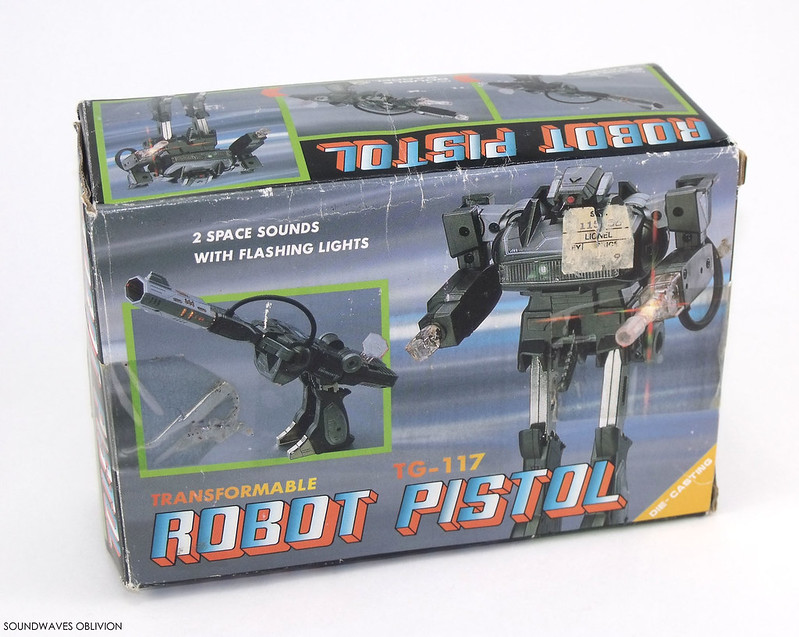 The "Robot Pistol" is one of many knock off versions of the Astro Magnum / Galactic Man released around 1985 onwards. As with many knock offs in the 1980's the build quality was good, not as good as the official versions but certainly better than those released today. 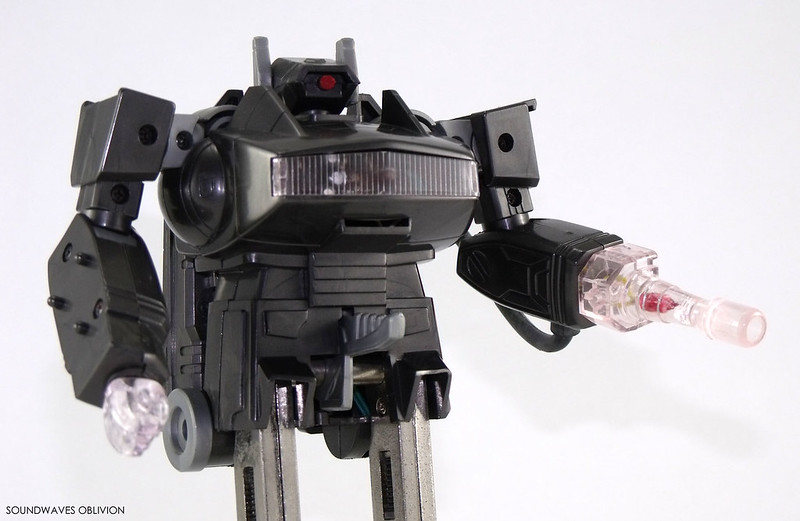 You could find these toys in stores around half the price of Galactic Man which sold for around $14.99 and Shockwave which sold around $25.99 so at these prices the knock off was good alternative for parents.  As with the other versions the box advertises 4 different transformations, Single Barrel; Double Barrel; Laser Gun and Astroid Blaster (spelling error on the box).


Though some knock offs were entirely made of plastic, Robot Pistol featured die-cast metal and to the untrained eye could pass off as the real thing. The grey colours are almost identical to the Toyco version, some versions however featured an unpainted eye but others like mine were painted red. The translucent gun hand and fist have a hint of pink just like the original Astro Magnum. 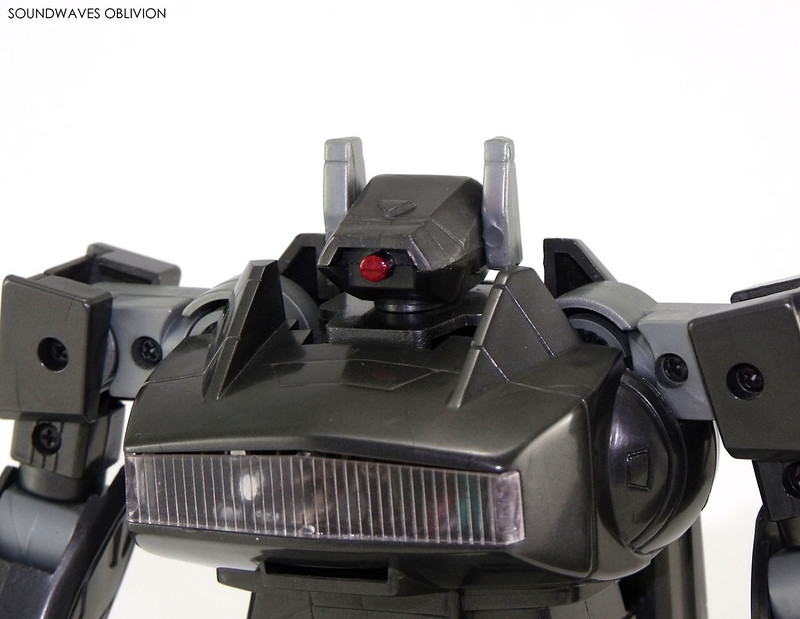 There are no copyright stampings on this figure, just a raised section of plastic where the ToyCo logo would have been; the battery cover does have a "Made in Taiwan" stamping on it though. 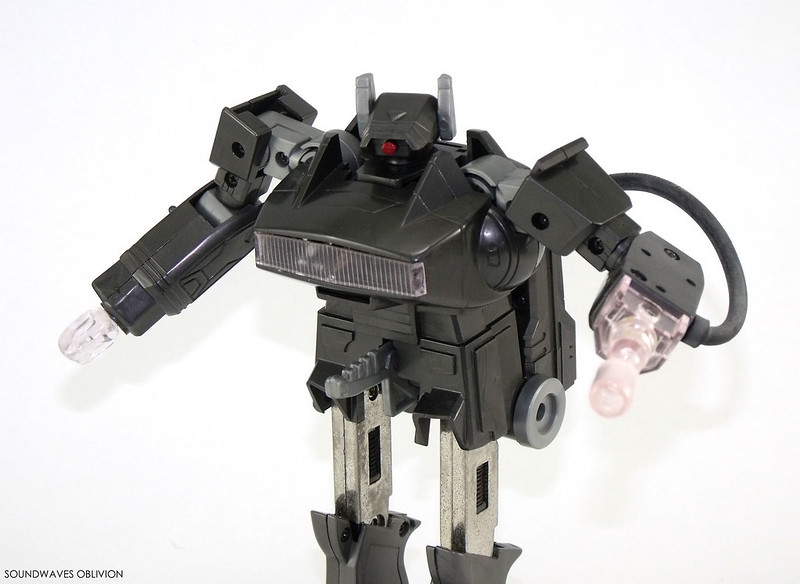 Comparing it to the original version, the actual mould looks rather soft, the edges and features aren't as defined and there are 2 mould differences I've found; the originals gun arm has pegs and the other arm has holes whereas this is reversed on the KO which also features 3 holes (instead of 2) on the gun arm and 3 pegs on the other arm. 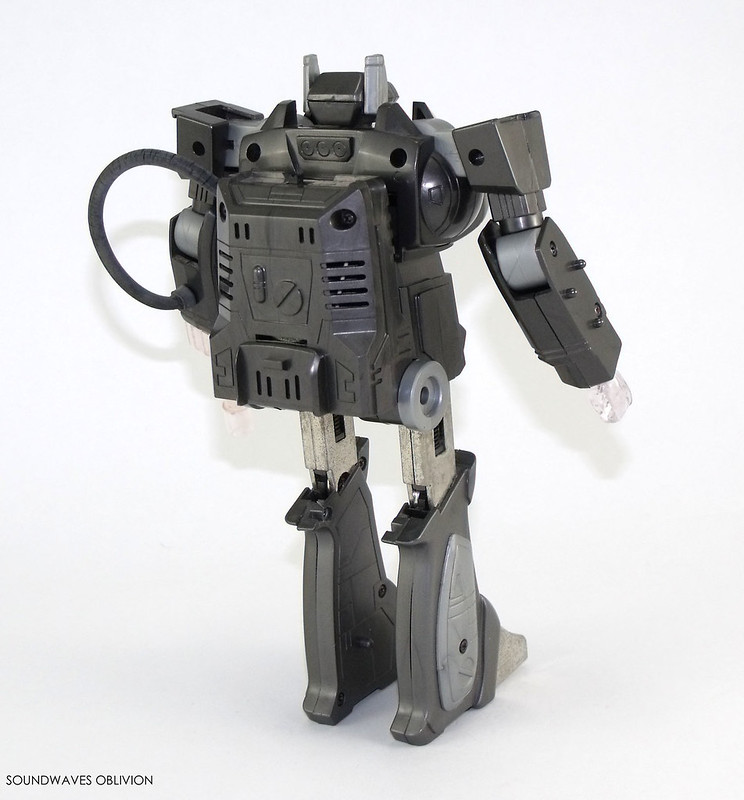 
When directly comparing plastic quality the KO is obviously weaker with the main weak points being the groin with the hip sections liable to be broken during rough transformation. The rubber hose is also far more brittle than Shockwaves, whereas the rubber on my Galactic Man is still perfect - I wish they would have used this type of rubber on Shockwave. 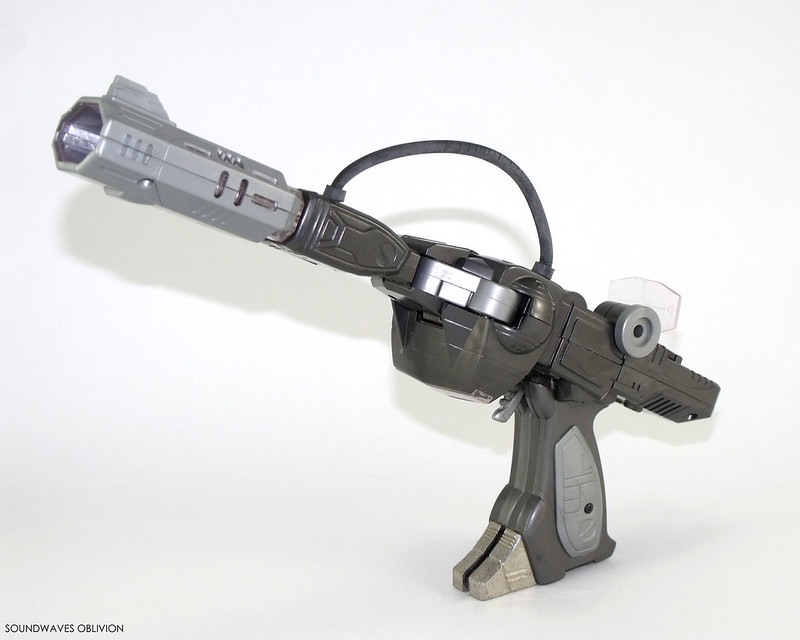 Email ThisBlogThis!Share to TwitterShare to FacebookShare to Pinterest
Labels: Astro Magnum Article, Generation One, Knock Off