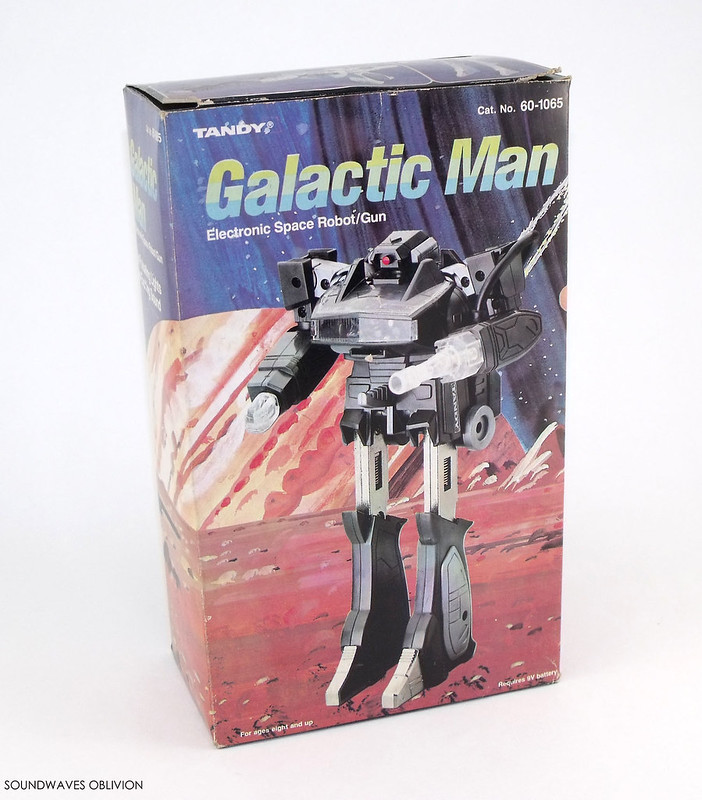 Galactic Man was released by Radio Shack (and Tandy in the UK) around 1985 was was priced around $14.95. One time seen as a knock-off and nicknamed "Shackwave" it is actually an official ToyCo release. Despite this there is no mention of ToyCo on the box other than a mention that it was custom made for Radio Shack in Korea on the underside of the box. 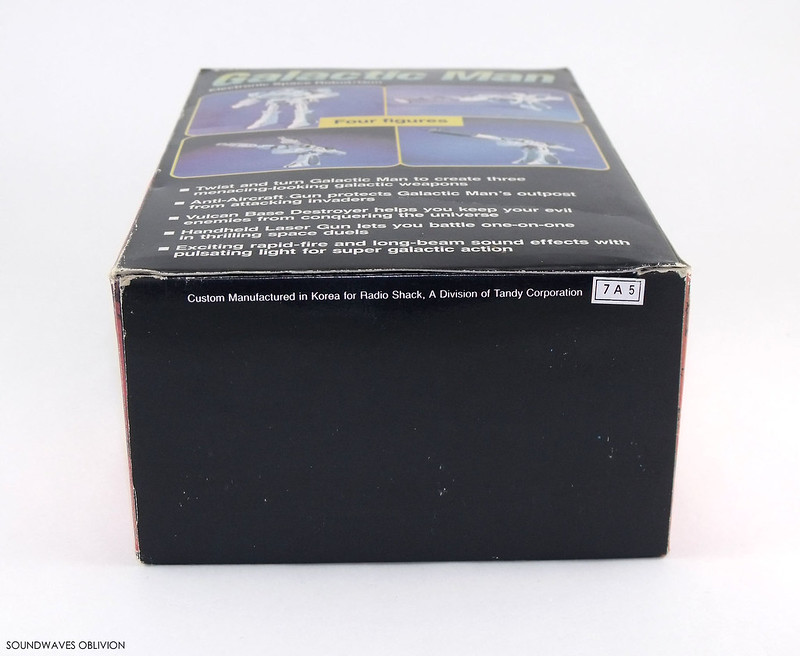 There are similarities between Galactic Man and Shockwave suggesting they were possibly produced together at the same time. On the battery cover both have a "Made in Korea" stamping whereas the original Astro Magnum has a "Made in Japan" stamping. The copyright on the inside leg of Galactic Man and Shockwave is stamped "ToyCo Trademark 1983"; the copyright on Astro Magnum does not include the "1983". 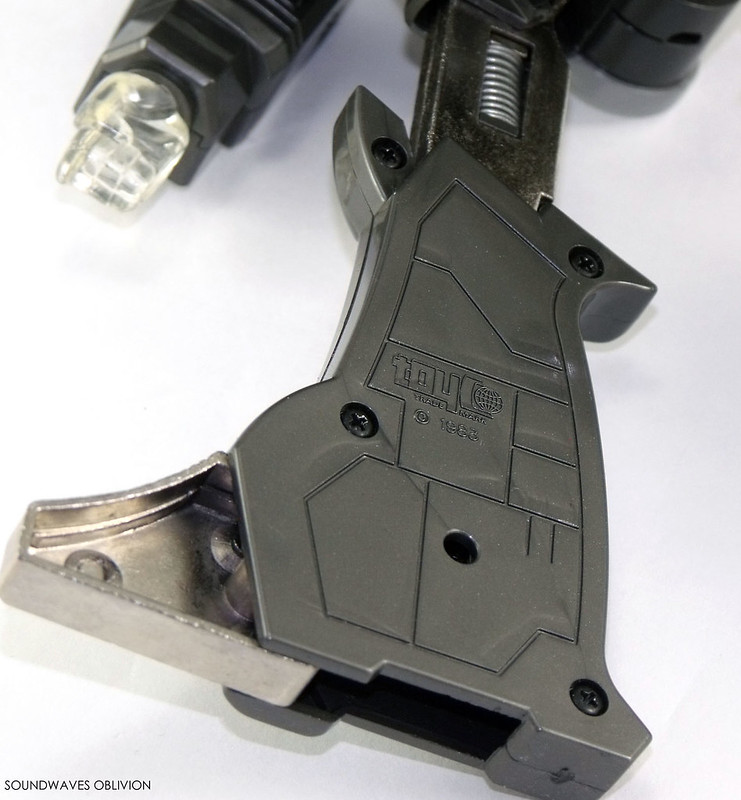 The rubber hose on Galactic Man is more durable than Shockwaves and in my opinion the overall plastic quality has a more "premium" feel to it. Though not really noticeable, both Astro Magnum and Galactic man have a different darker shade of grey on the back of the robot / top side of gun mode. 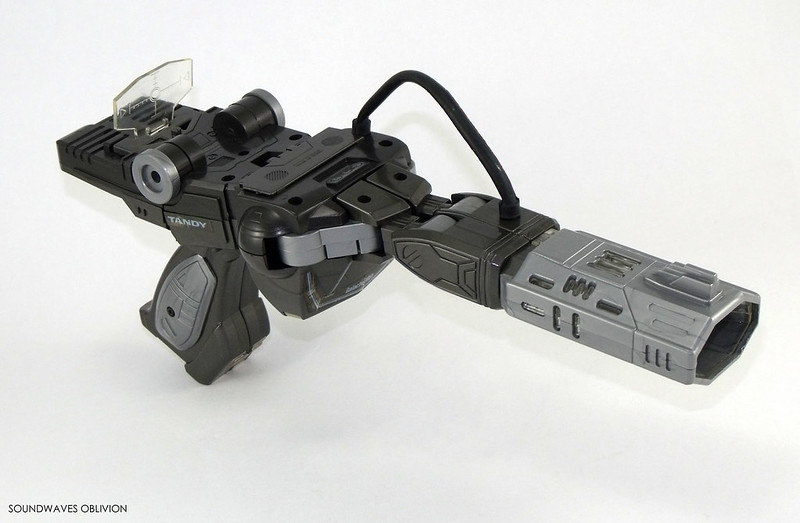 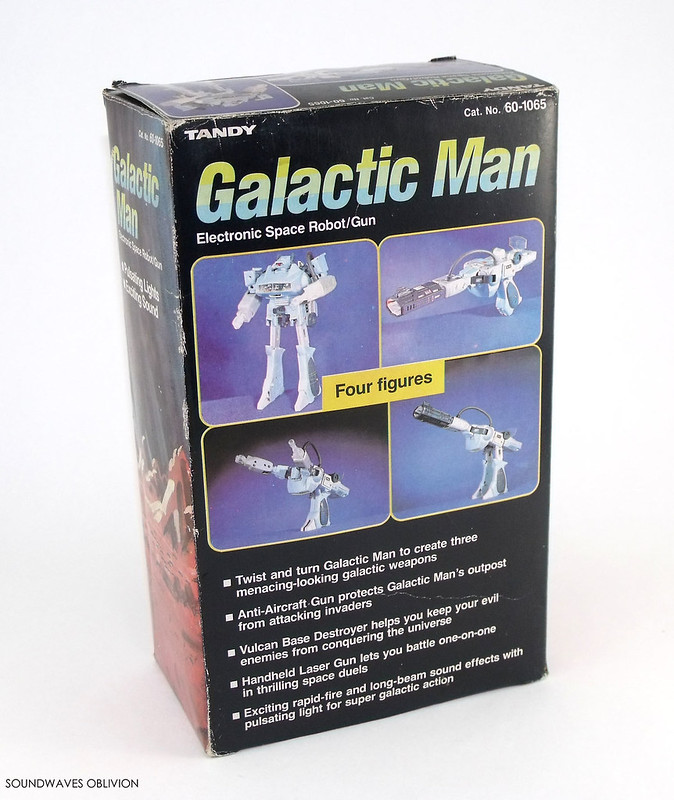 Galactic Man can be obtained relatively easily and cheaply nowadays, certainly cheaper than Astro Magnum or Shockwave. With this in mind combined with how well it is made, I would highly recommend picking on up if you are a Shockwave fan. 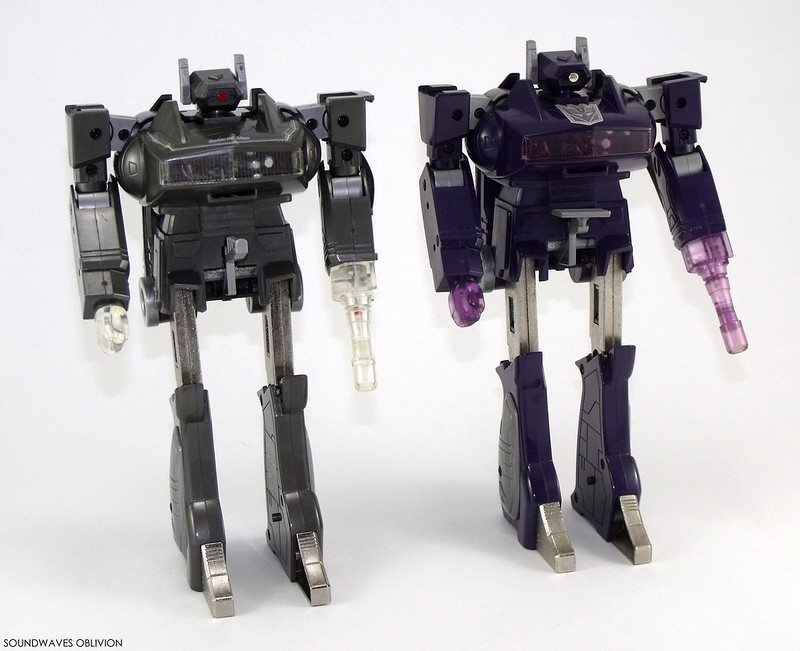 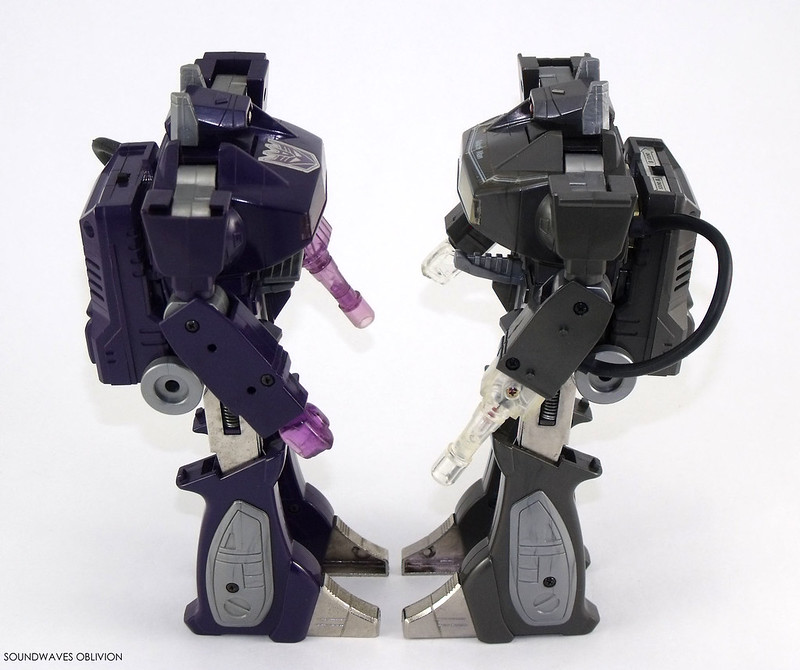 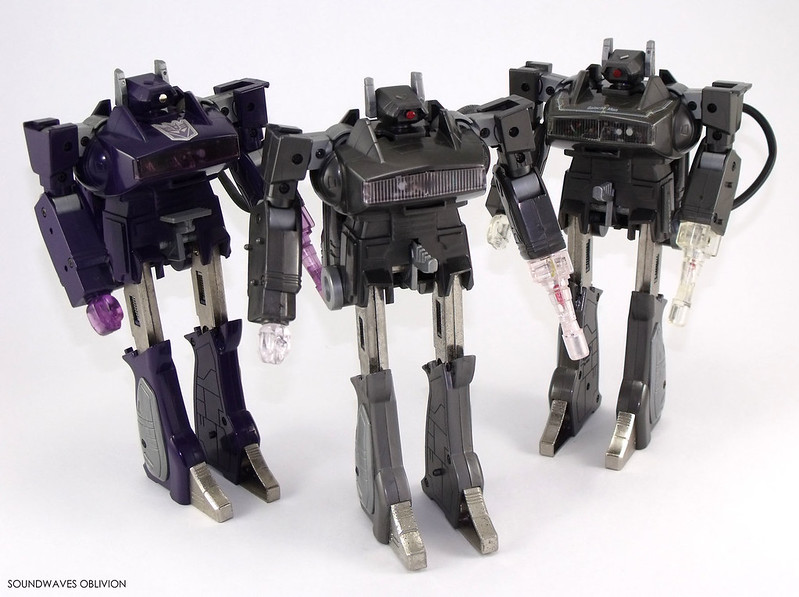 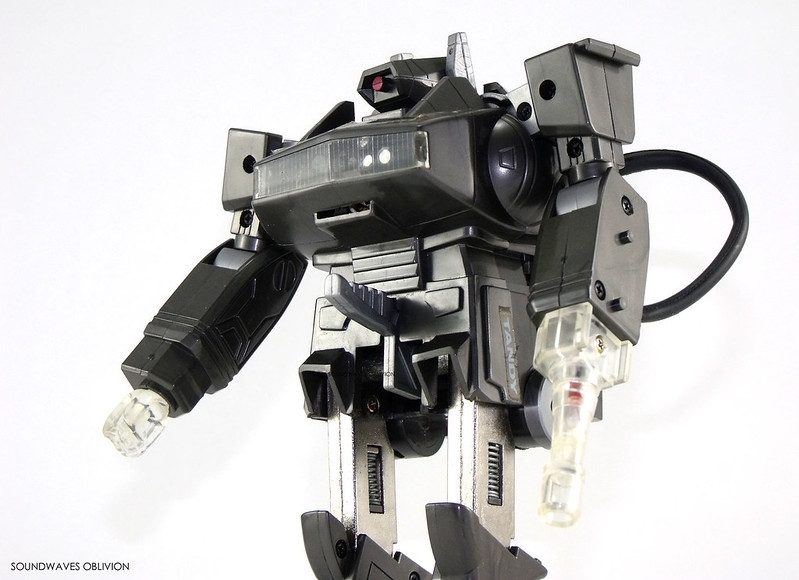 In the 25th Tokyo Toy Show held at the Tokyo International Trade Fairgrounds in Harumi (aka Harumi Fairgrounds) in May 1985, the ToyCo booth were handing out promotional leaflets and instructions for their Astro Magnum figure. It was more than likely given out on 1985, 2 years after it was released due to the Transformers premiering in Japan that year. (Courtesy of Eitei Open Field blog) 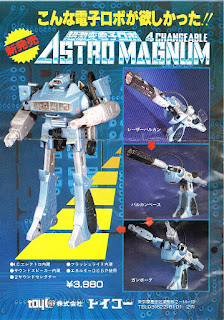 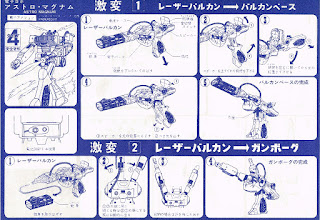 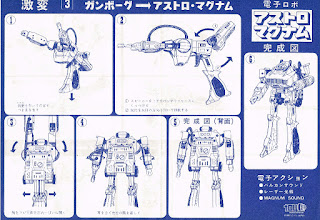