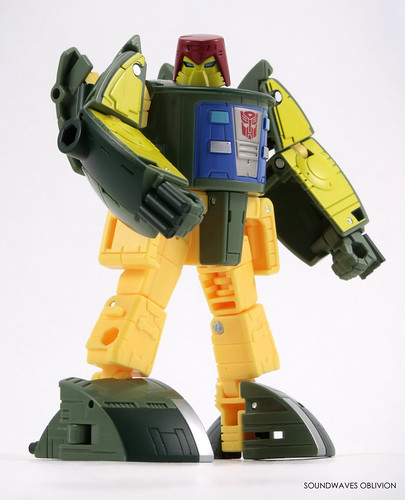 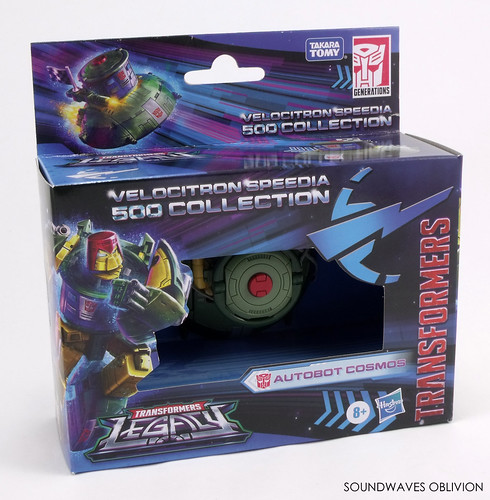 Autobot Cosmos is one of those figures that Hasbro were able to reveal at a live streaming event before factor samples were able to be released. More surprising is that so shortly after the figures announcement was it was available in the UK through the Smyths Toy Store before mainstream release in North America. I don't buy many mainline Transformers unless they particularity stand out and Cosmos is definitely one that did and  doesn't disappoint. 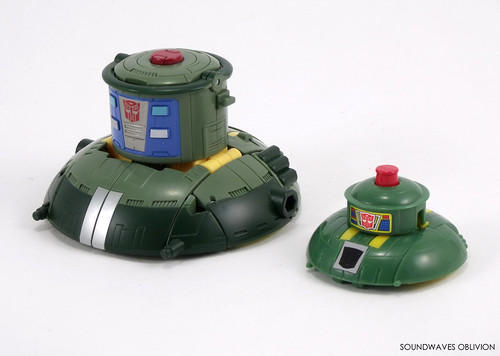 Cosmos was originally a Minibot released in 1985 and was a new mold for the Transformer line. In a Japanese trade show magazine, Cosmos (called Adams) was shown alongside other familiar Minibots but each of them had a very different colour scheme. Cosmos was shown in a blue deco rather than the now familiar green colour. This blue "Cosmos" would be released in 2004 as an e-Hobby exclusive in the "G1 Gobots" set called Pathfinder.

Cosmos comes packaged in the new plastic free styled packaging in a rectangular shaped box in his UFO mode. When the cardboard tray is pulled out, the weapon is taped on the underside in thin paper so this can be easily missed. 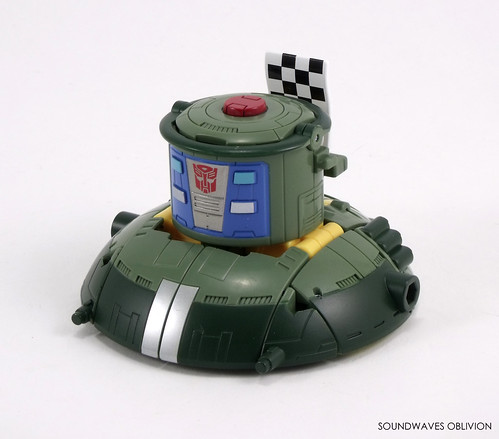 The UFO mode does not have any wheels like the G1 toy but it doesn't really need them. The weapon and flag can be plugged into the several ports around the body of the UFO. Transformation is involved but not too complicated. One thing to not is don't rotate the head out until the arms and shoulders have been transformed. I did this but luckily avoided any paint scuffing. 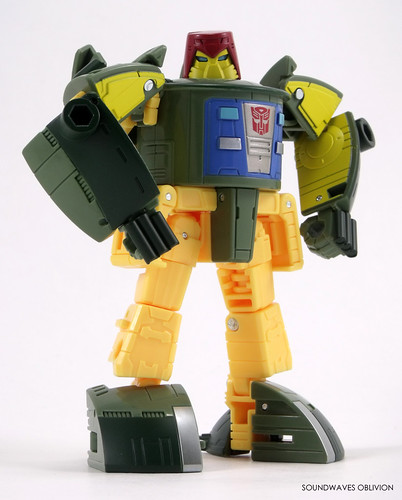 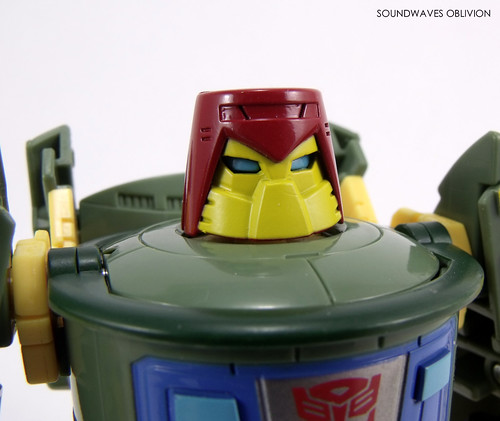 Cosmos is very heavily inspired by the G1 animated model with a slightly longer torso but the head sculpt is fantastic. For a Deluxe class figure, the robot mode is very articulated. My gun struggled to fit in either of the fists initially and the accompanying flag fits into a port in the gun giving Cosmos a starting flag on one side or a white surrender flag on the other. 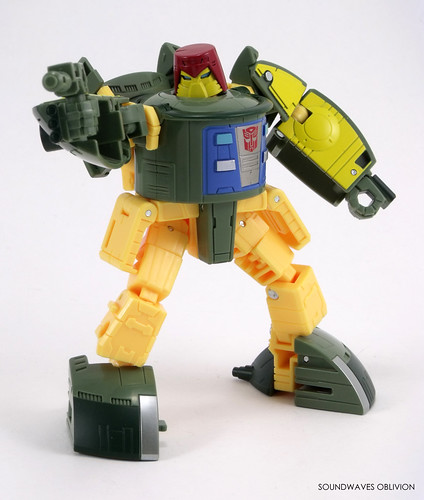 Amongst the Velocitron Speedia 500 Collection sub line, Autobot Cosmos is one of two new moulds in the line up, the other being Override. Overall, Cosmos is a stand out figure and well worth picking up. 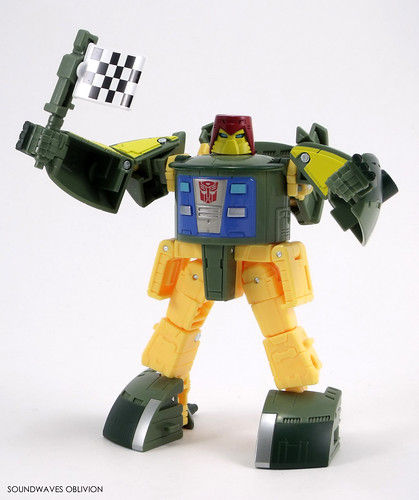 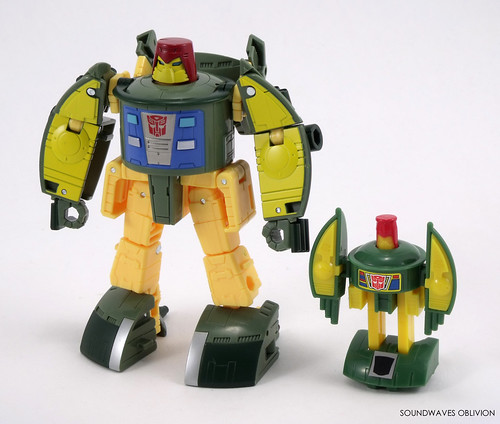 Email ThisBlogThis!Share to TwitterShare to FacebookShare to Pinterest
Labels: Legacy