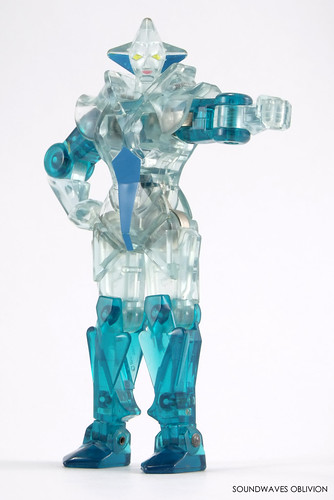 Solitaire is Queen of the Kingdom of Jewels. She and her cohorts - Sunstone and Flamestone are brave, super intelligent and loyal allies to Boulder and the rest of the Good Rock Lords in the continuing battle with the Evil Rock Lords.

In 1986, the Gobots expanded their toyline moving onto rocks which turned into living beings. The following year in 1987 Bandai released the Jewel Lords, a small series consisting of three figures, Solitaire, Flamestone and Sunstone. 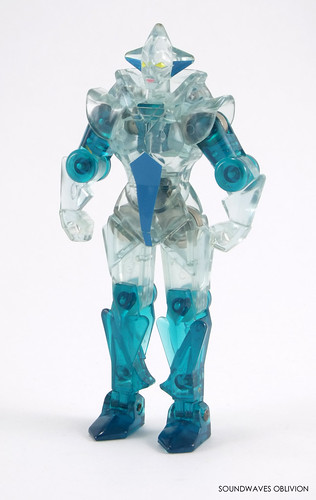 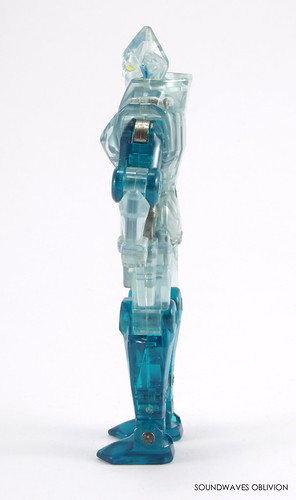 Solitaire is the leader of the Jewel Lords and transforms into a diamond. There were two packaging variations, the North American version was released on card whereas the UK and European version was released in a blue box.
Mainly due to the transformation, Solitaire has a reasonable amount of articulation although the legs can't move forwards or backwards but can move side to side. Solitaire also comes with a gold sword which can fit in either hand. Solitaire transforms into a diamond shaped rock. Overall Solitaire has a solid construction and even has painted screws which is a nice touch. Nowadays, Solitaire is relatively easy to find but incredibly difficult to find boxed. 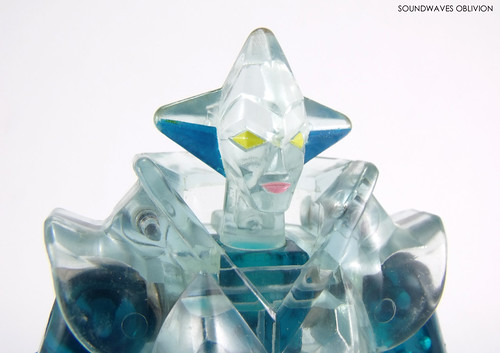 Solitaire only made one appearance in the Gobots series which was in their feature film "Gobots: Battle of the Rock Lords" released in 1986. Solitaire was played by Margot Kidder (Lois Lane from the Richard Donner Superman film).
Solitaire was also released in Japan under Bandai's Machine Robo Jewel Lords series. Solitaire was named R-7 Diaman (a play on Diamond Man) and was a male character. Diaman also appeared in the Machine Robo: Revenge of Cronos cartoon series. The Diaman toy featured a different colour scheme (including the removal of the pink lips) but still retained the overall blue colour.
Below is a translation of the bio from Diaman's box.

●Character & Abilities●
Leader of the Jewel Lords, he is intelligent and courageous. Crushes enemies in an instant with his incredibly hard and fast body. He is however vulnerable to high temperatures and will burn down to charcoal.
●Confidential Data●
● Height: 2.27 meters
● Weight: 6,800 Cosmo Carat
● Superhuman Hardness: 14
● Brightness: 10,350 Luminance
● Body Type: Diamond
● Weapon: Hard Blade 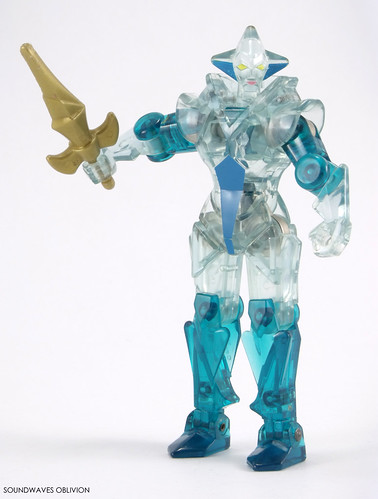 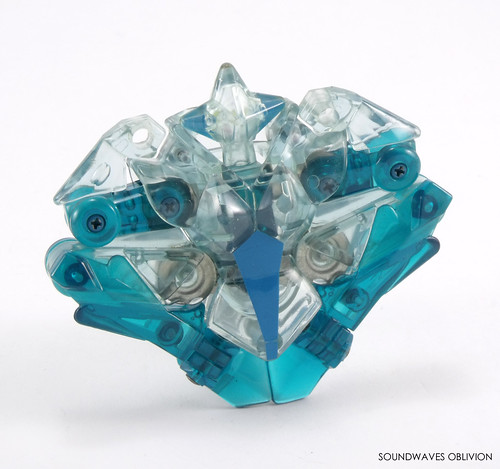