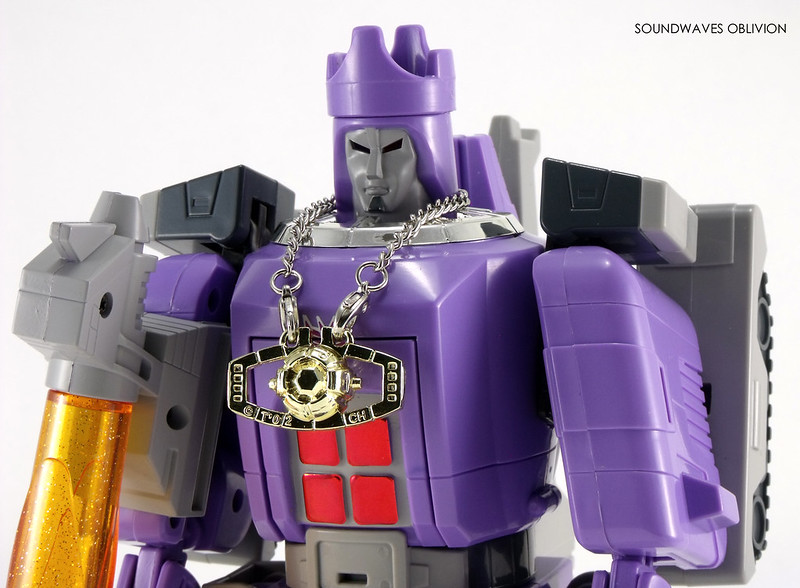 Profile (Translated from the Trading Card)
D-62-S Destron / New Emperor of Destruction Galvatron
Function: New Emperor of Destruction
Transformation: Laser Gun / Laser Cannon
Ability: The new Destron leader has incredible physical strength and an impressive intellect. Is a triple changer and depending on the situation he transforms into either a Laser Cannon or a Laser Gun.
Character: Ruthless and brutal, he is feared within the Destron ranks and he wouldn’t think twice to sacrifice an ally to further his ambition.
Weapon(s): Laser Cannon
STR…10; INT...9; SPD...9; END...10; RNK...9; CRG...9; FPR...9; SKL...10; TTL...75 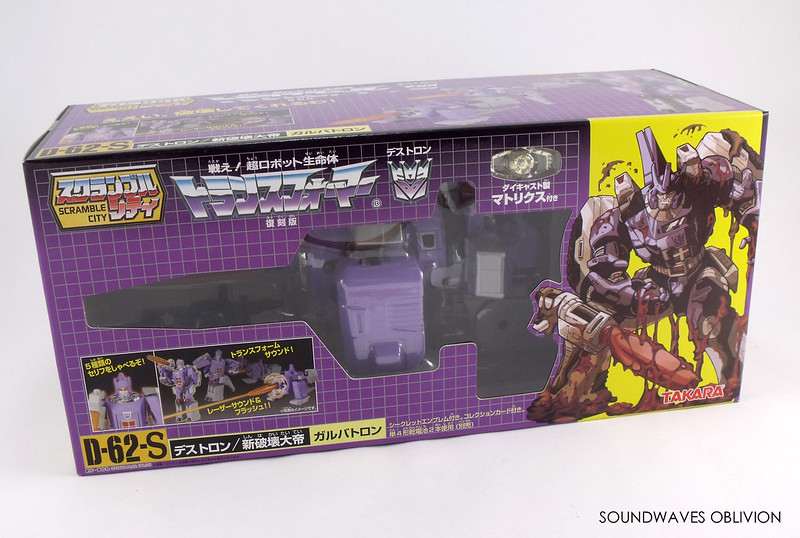 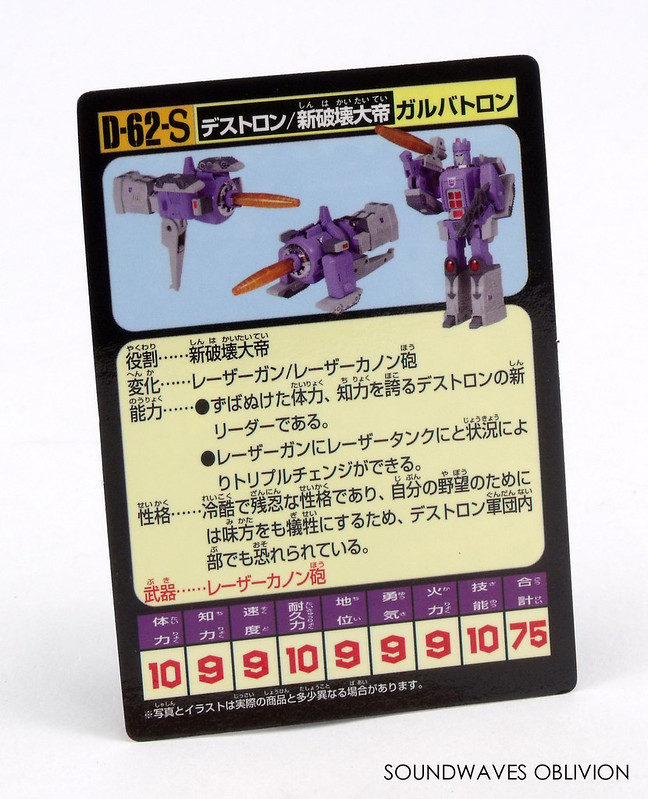 Released in December 2005 for 7,000 Yen ($65 USD / £54 in todays money) Galvatron is not a straight reissue of the original 1986 version. Much like the 2001 reissue of Megatron designated 16-S, "S" for Special, Galvatron is now designated as D-62-S to show this is more than a standard reissue. During this period the reissues were released in reproduction boxes, Galvatron's has been slightly updated and features newly drawn box art reminiscent of his cartoon appearance. Galvatron's tech spec has also been slightly amended with his function as "New Emperor of Destruction" instead of "City Commander". 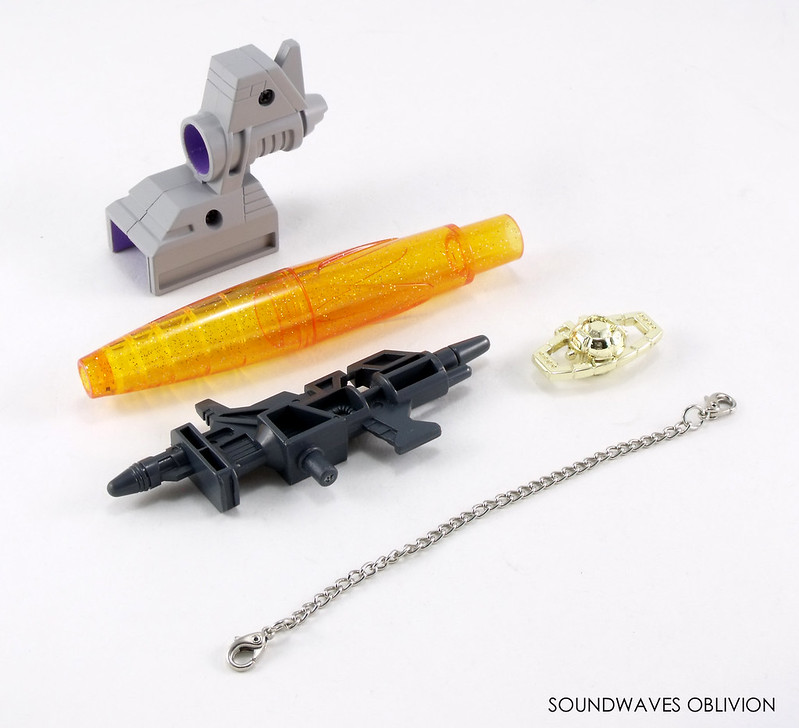 Galvatron is packaged in Laser Cannon mode and retains all of his accessories as well as coming with a new diecast Matrix of Leadership complete with a chain so you can reproduce the scene from Transformers the Movie where Galvatron wears the Matrix around his neck. 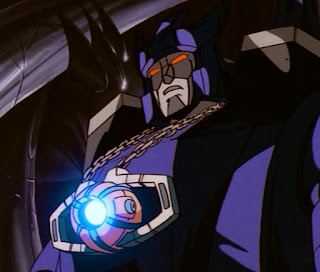 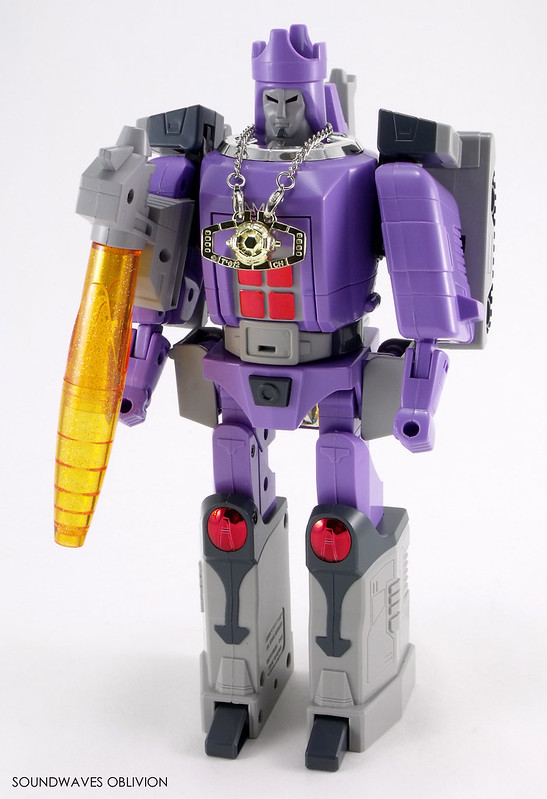 The main difference with this reissue is that Galvatron has been repainted to resemble his animation model, however the purple Takara used is probably a bit lighter than it should have been. 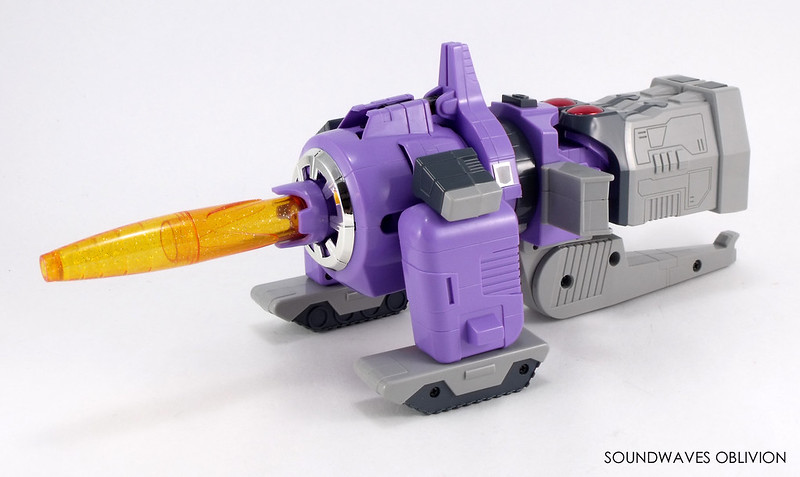 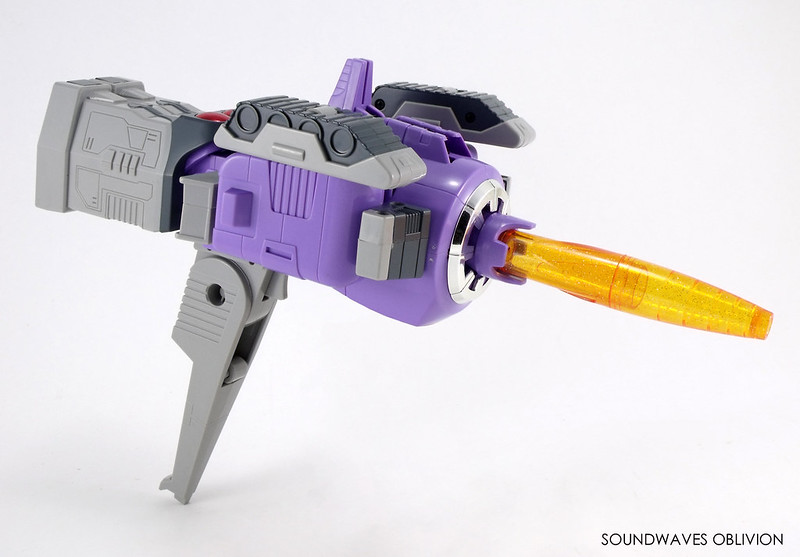 Both Laser Cannon and Laser Gun modes remain intact but the sound effects are very different. Gone are the three 1980's sounding laser sound effects and in their place are voice samples, a new laser effect sound and the classic transformation sound effect. The switch on the back of the cannon mode cycles through the different sound effects. The voice used is the original Japanese voice actor Seizo Kato who played both Galvatron and Megatron in the animated series. The voice clips used with this Galvatron release were later used with Masterpiece MP-36 Megatron. As translation of the voice samples are as follows:

Galvatron no longer requires a 9V battery but 2 AAA batteries so the battery compartment was remoulded to suit. 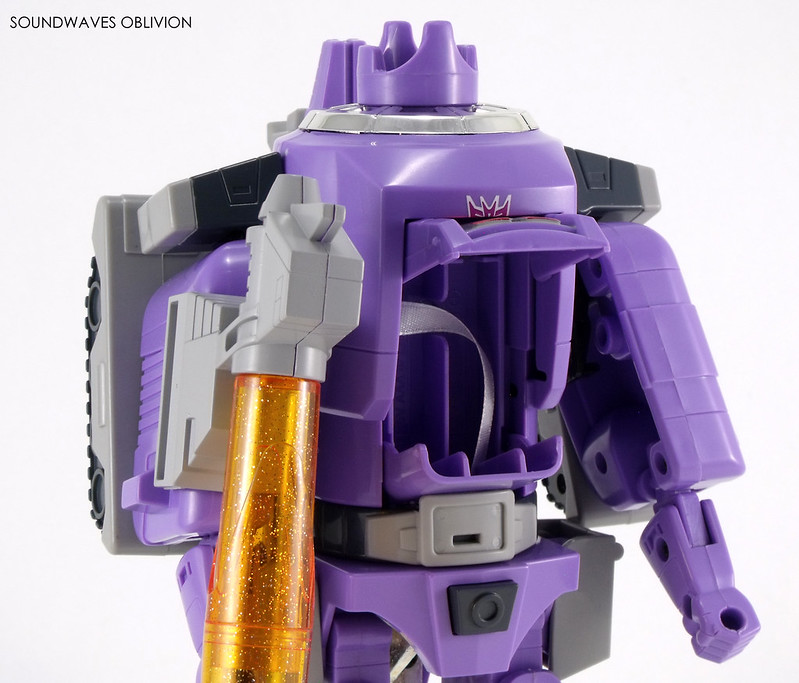 
In robot mode, Galvatron looks impressive in his new colours. When the sound effects are activate his eyes glow red instead of the original orange. Additionally Galvatron's face has been remoulded, not too much but the eyes are slightly narrower than they were originally. For those who would have wanted a reissue with toy accurate colours, a second version of Galvatron, Galvatron II, was released the following year on 2006 as an e-Hobby exclusive which featured a different voice sample as well as new "lightening" stickers to make Galvatron look like the well known Studio Ox artwork with Galvatron atop Metroplex. 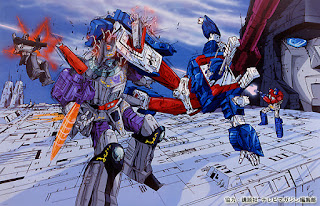 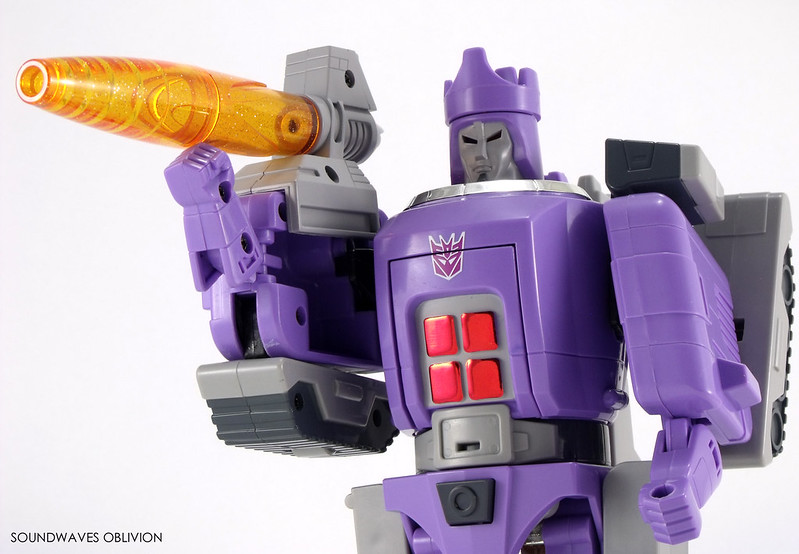 View the full gallery here on Flickr.com and a complete list of Takara Tomy's reissues here on SoundwavesOblivion.com
Posted by Jeremy Barlow at 21:37