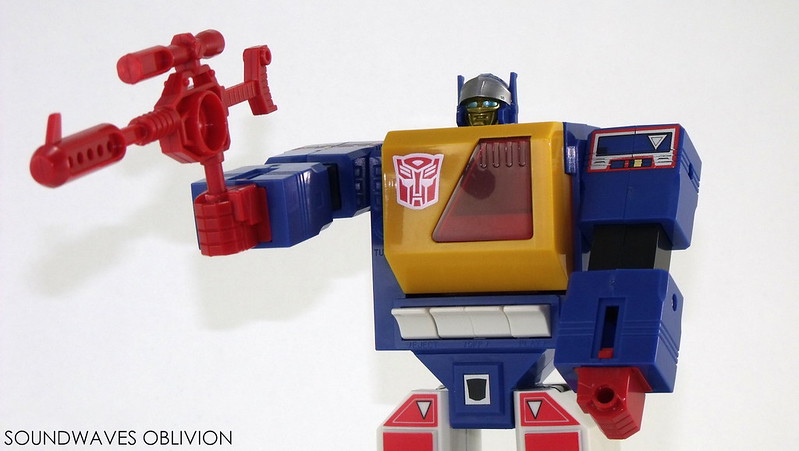 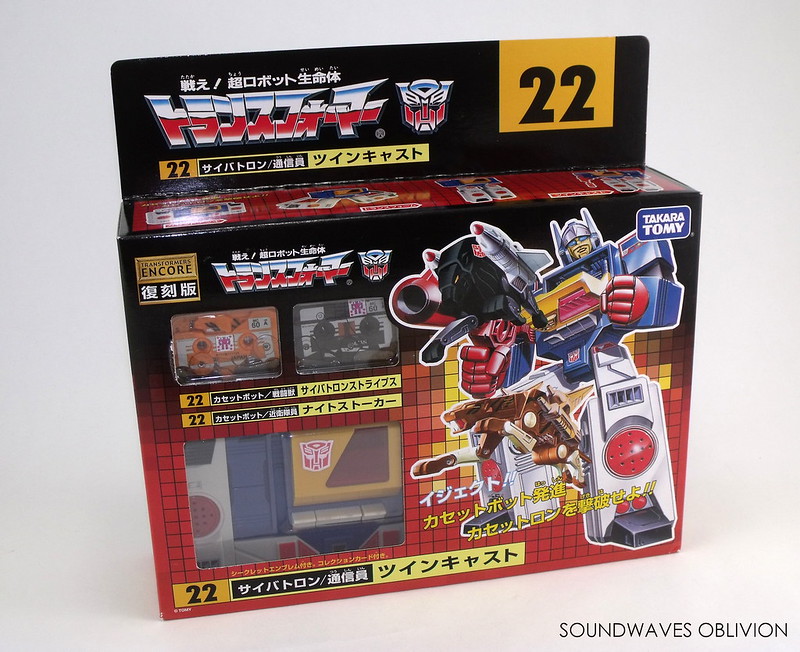 
The Micro Change version had additional features removed from the Transformers release which were the reason for the large size of the figure. MC-21 was a working AM radio but in order for it to work a small radio receiver needed to be inserted into the chest compartment. There is a dial on the chest to change the settings and the buttons below the cassette door also had functionality to control the radio (play, stop & eject); on the Transformers release the dial was moulded into the body and the chest compartment was remoulded to fit the Micro Cassette figures. On the back of MC-21 there was a hinged storage compartment which could fit the Micro Cassettes, early versions of Blaster also featured this storage compartment but was later moulded out. The robots right leg stored x2 AA batteries and there was a switch on the front of the leg. On the back of the left leg there was a headphone jack. Both legs were speakers for the radio. The gun could also store the provided earphones, the bugs plugging in the centre of the gun and the wire wrapping around the stock of the gun. 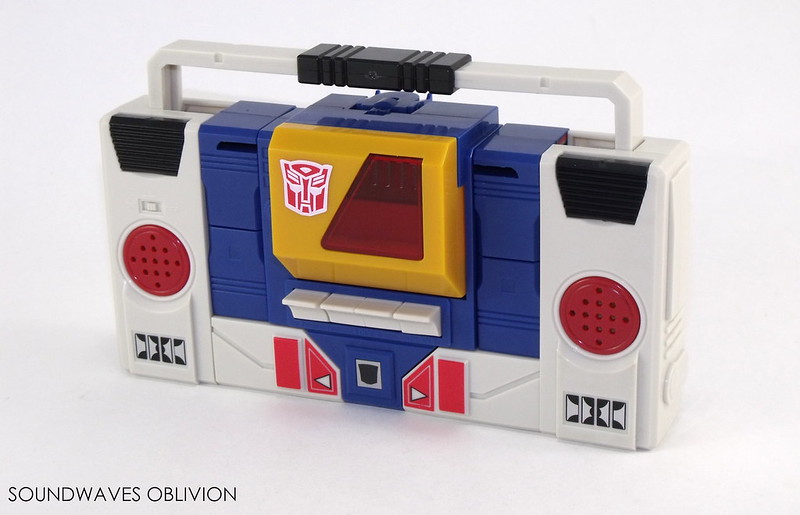 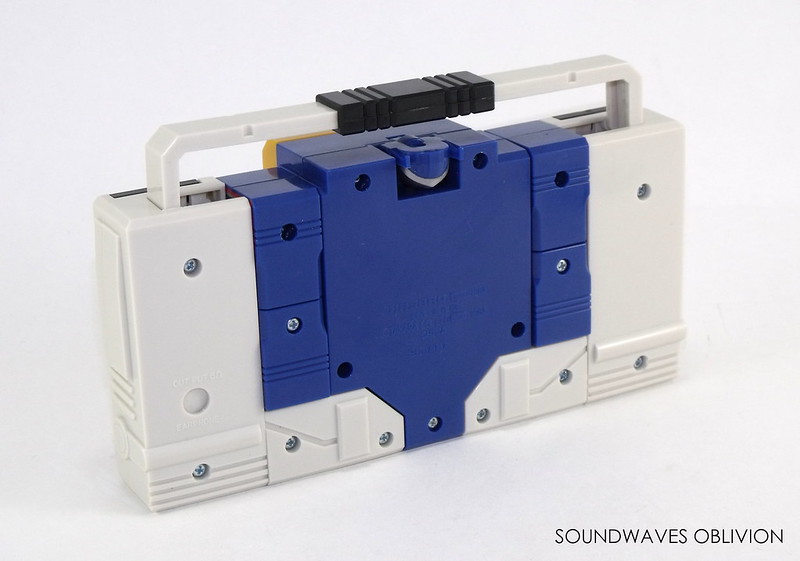 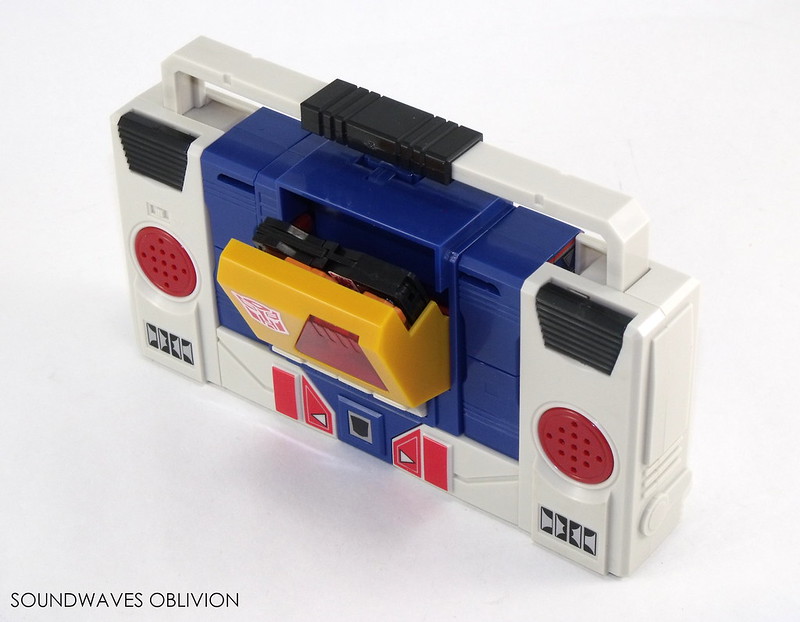 After 1987, the next time Twincast would see release was as an e-Hobby exclusive reissue in 2006; instead of being released with Steeljaw as the original was, this reissue came with Flip Sides a Destron sleeper agent which was a redeco of Rewind / Eject. The 2006 Twincast was also released in a Destron styled packaging. 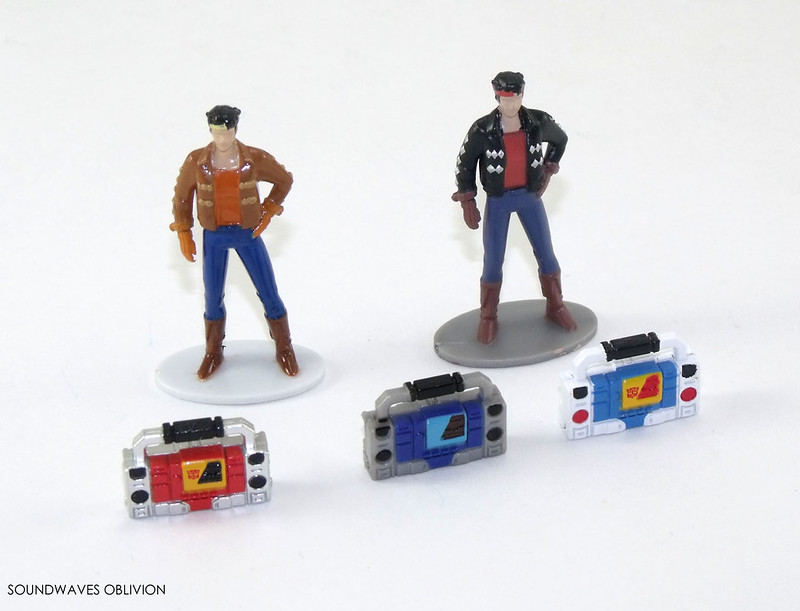 Twincast albeit in a small non-transformable ghetto blaster mode was released with Masterpiece MP-26 Road Rage. In Road Rages bio it explains that Twincast was a fugitive harbouring the Destron Flip Sides and Road Rage was hunting them down. The small Twincast figure was repainted as the original blue Micro Change version and was even called the same name "MC-21 Sound Warrior". Released with released with Masterpiece MP-25L Loudpedal, this was not a sentient Transformer but a possession of Loudpedals used for recording his music. 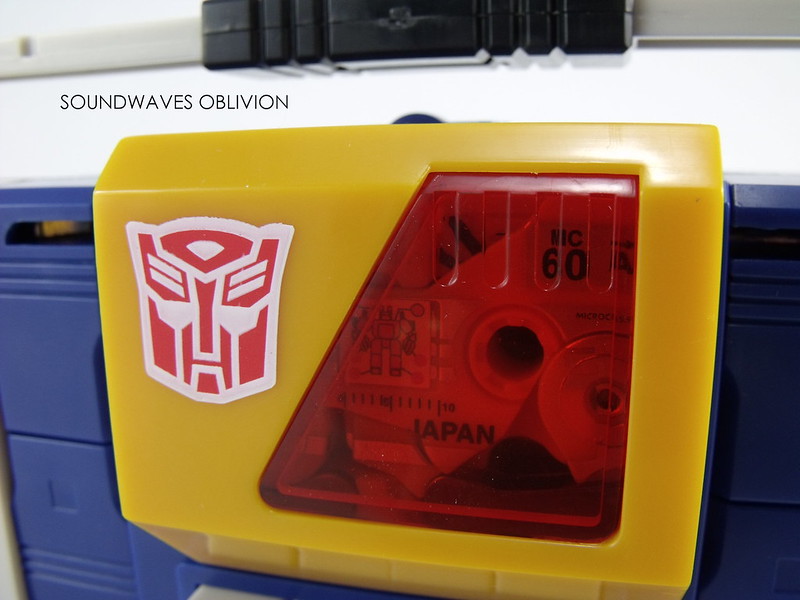 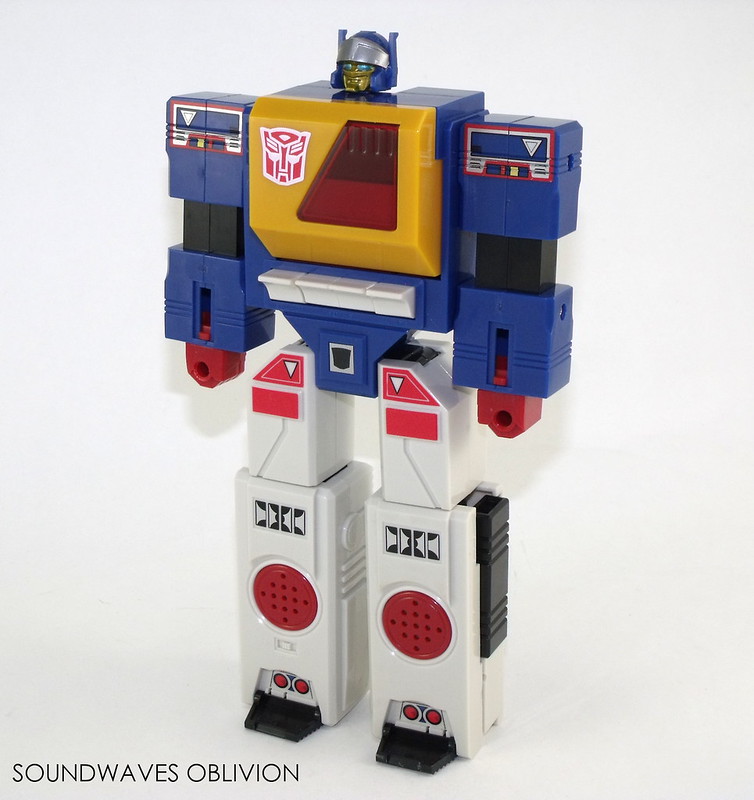 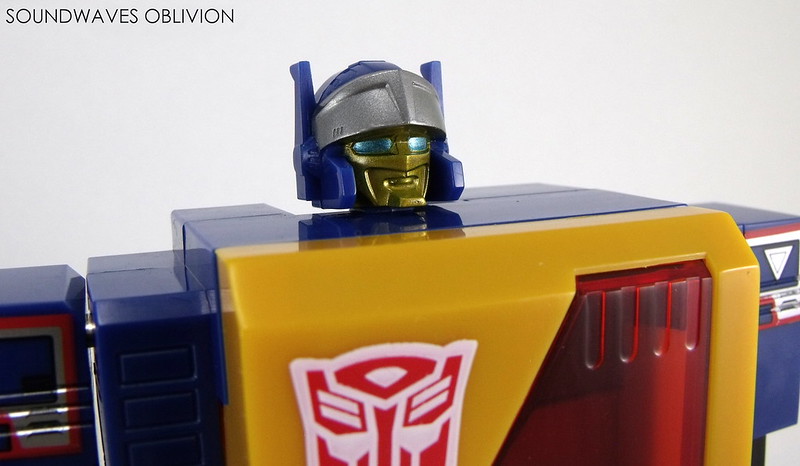 In 2012, Twincast was reissued once again but in the mainline Encore series. To differentiate this from the 2006 release and the original, the Encore version is based on the cartoon appearance. The moulded detailing on the cassette door is gone and is replaced with a tampo Cybertron logo, the face has been repainted and the blue is a darker shade. Additionally Twincast came with two "new" Micro Cassette characters previously unreleased in the Transformers series but were obscure characters from the Transformers past. Like Steeljaw who came with the 1987 version of Twincast the cassettes came with a sticker of a schematic of Mega Zarak (Scorponok). When placed in Twincasts chest, the red window would act as a tech spec decoder and would reveal the weak point. Soundblasters cassettes came with a schematic of Fortress Maximus. 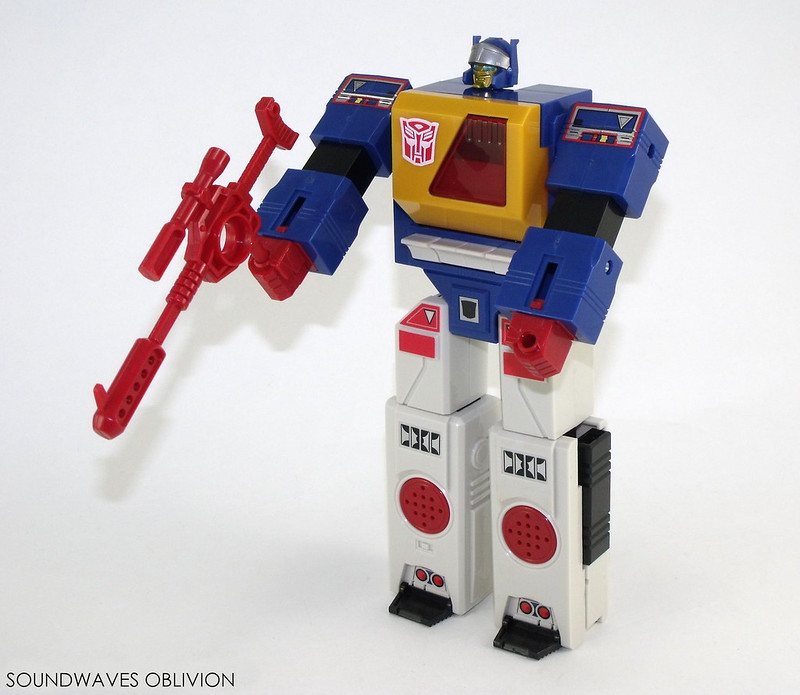 22 Cassettebot Battle Beast Cybertron Stripes
Function: Battle Beast
Transformation: Cassette Tape
Ability: Equipped with a battle harness which has an independant tactical AI; it will attack and defend regardless of Cybertron Stripes intentions.
Character: Cybertron Stripes trains the wild animals on Planet Seibertron; he is a living weapon given the ability to transform. Enemy soldiers who know of the ferocity and merciless attacks of the nitrotiger tremble with fear and retreat.
Weapons: Pulse Laser; 20mm Machine Cannon
STR…9; INT...2; SPD...5; END...8; RNK...2; CRG...9; FPR...3; SKL...7; TTL...45 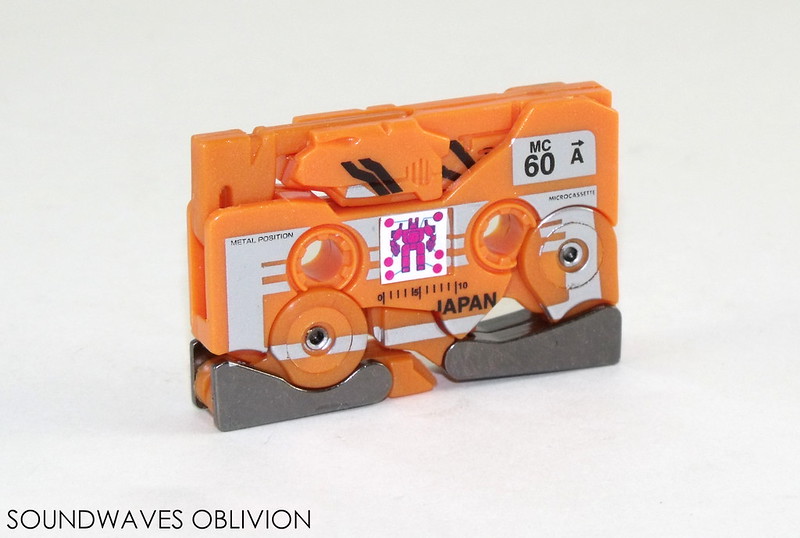 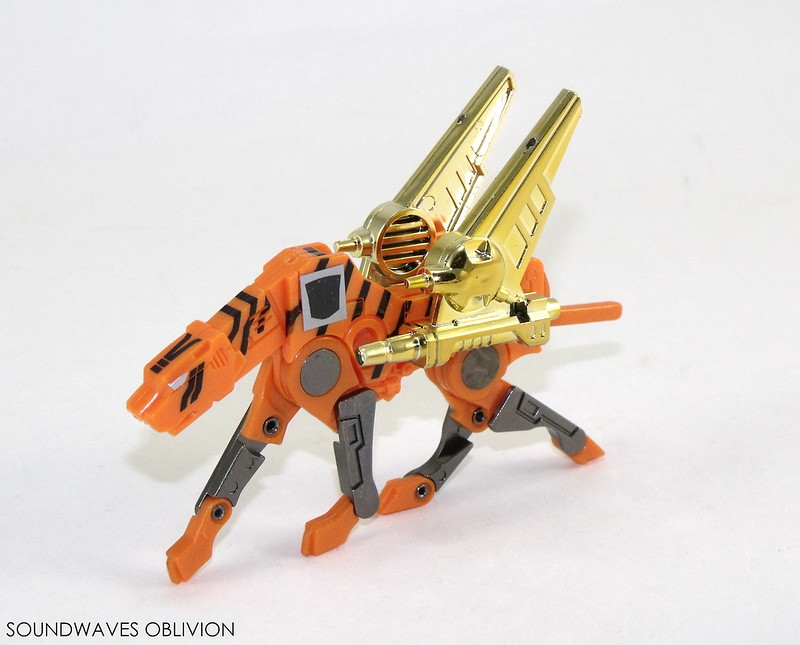 Cybertron Stripes is a redeco of the Destron Jaguar (Ravage) with a tiger striped deco. Stripes additionally came with Steeljaws weapons. Stripes was first mentioned in the script for Transformers The Movie but was replaced in the final film.


22 Cassettebot Shogun Nightstalker
Function: Shogun
Transformation: Cassette Tape
Ability: Has sharp senses and a stealth ability; his body surface can harden turning into an impenetrable barrier.
Character: Served as a bodyguard responsible for the protection of Cybertron officials and the Overlord. He would not hesitate to protect them even at the cost of his own life. The Destron soldier Jaguar is his former colleague, both have very similar capabilities.
Weapons: Spear Missile Launcher; Built-in Self-Destruct Device
STR…6; INT...7; SPD...5; END...6; RNK...6; CRG...10; FPR...7; SKL...9; TTL...56 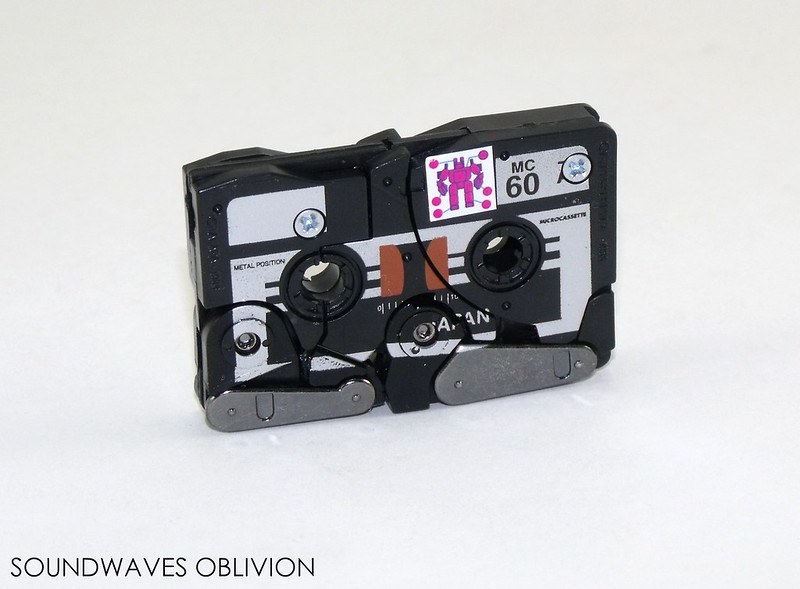 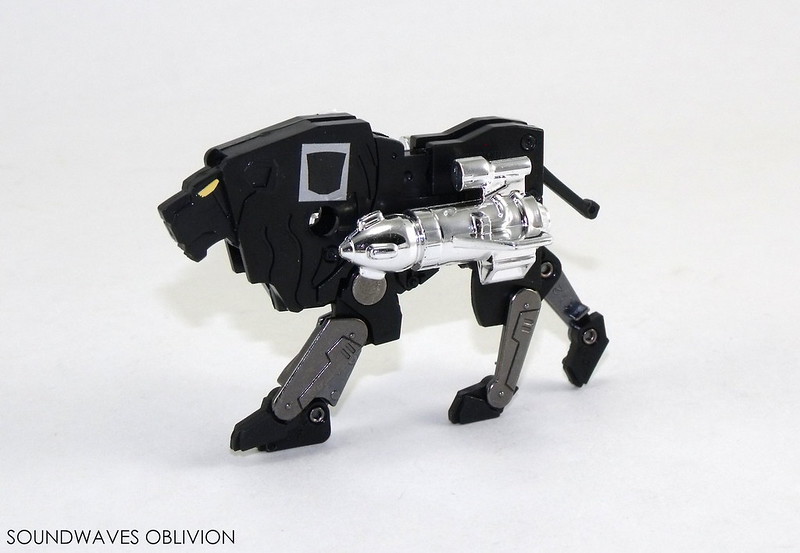 Nightstalker is first mentioned in page 36 of the Marvel Comics Transformers 1987 annual in a story called "State Games" written by James Hill. In this story Nightstalker is described as "An ebony, cat-like Transformer...", and towards the end of the story he sacrifices himself using his internal explosive device to destroy Megatrons shock troops. 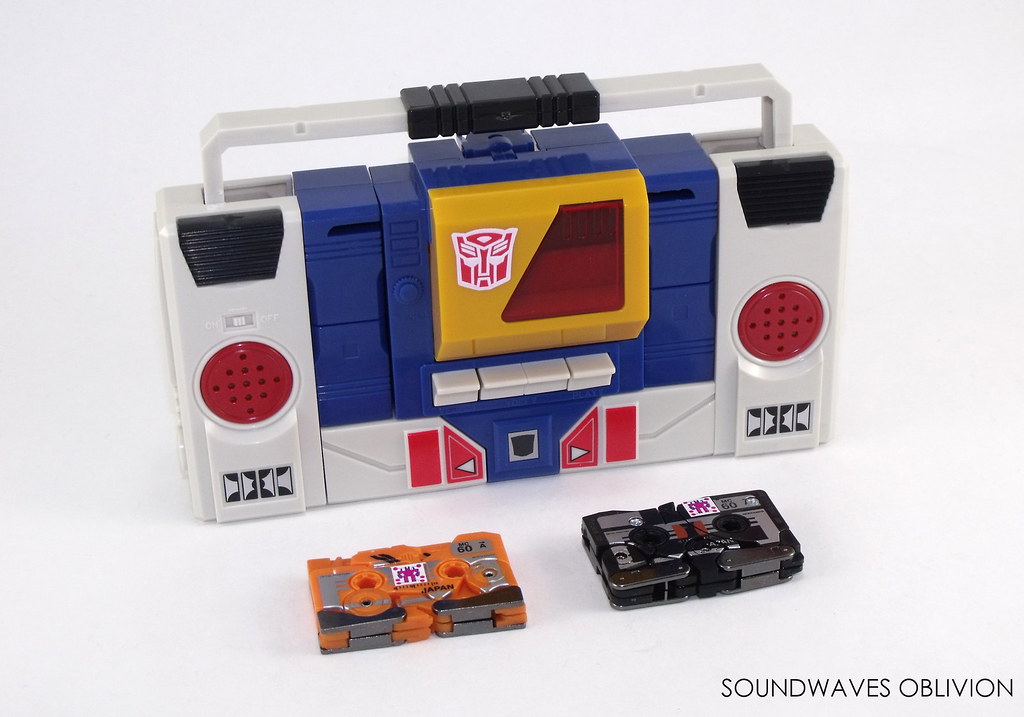 View the full gallery here on Flickr.
Posted by Jeremy Barlow at 10:35