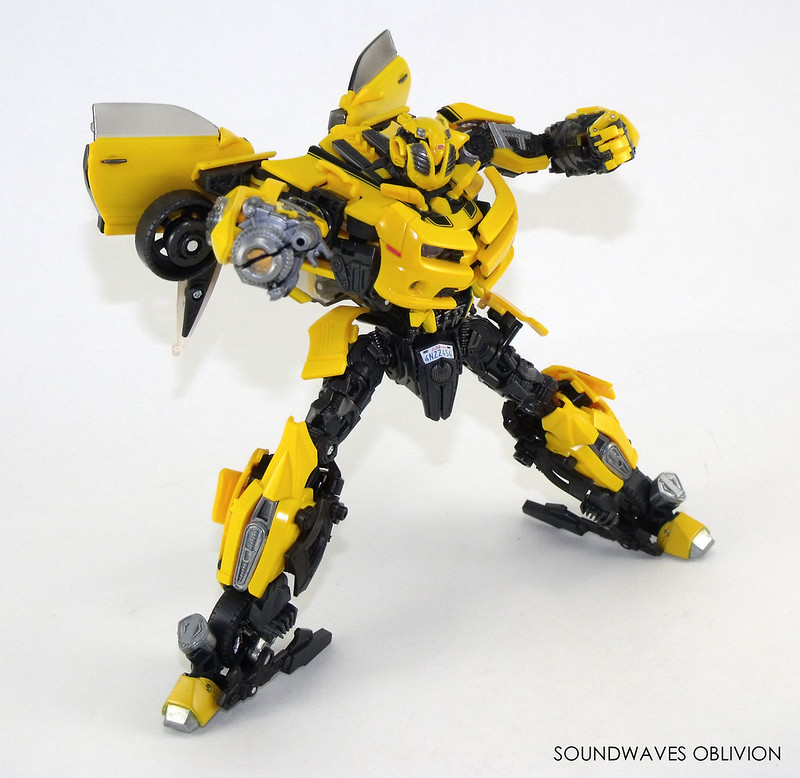 MPM-3 Masterpiece Bumblebee is a shared release between Hasbro and Takara Tomy, released first by Hasbro as a Toys R Us exclusive in North America. Bumblebee is based on his appearance in the 2007 movie, however the car mode is not entirely the same version seen in the film. 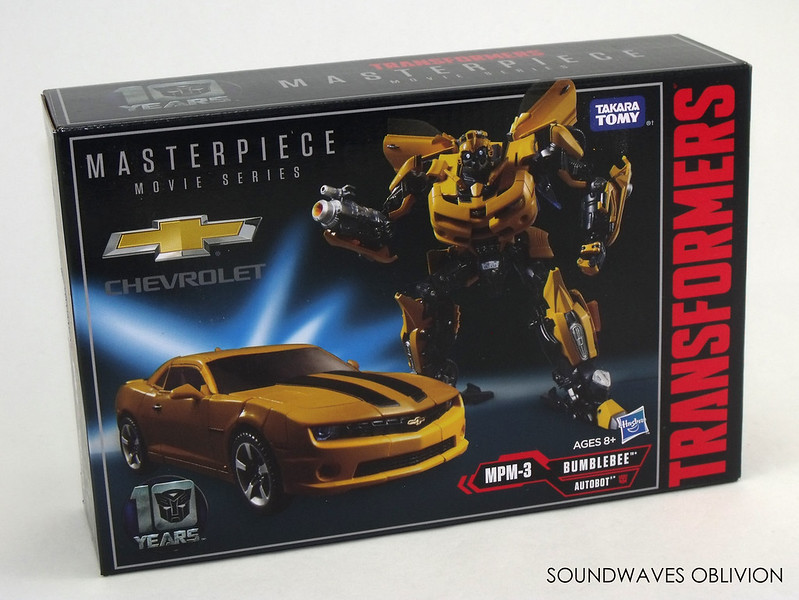 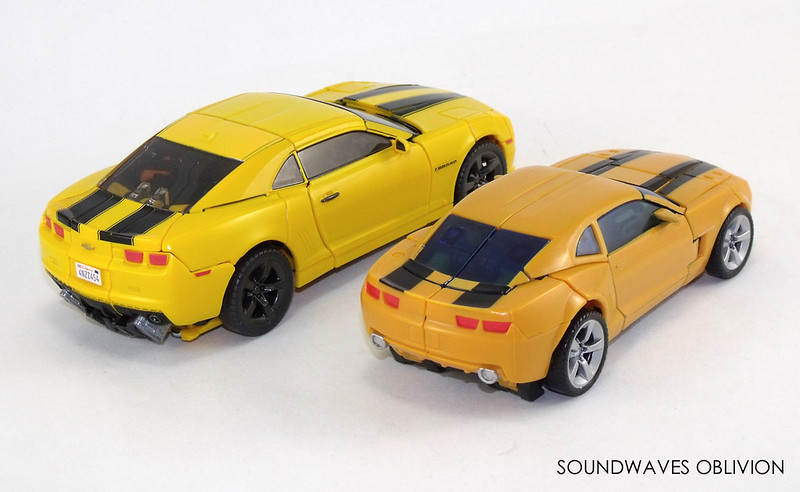 In the 2007 film, Bumblebee starts off as a second generation 1977 Chevrolet Camaro but later gets an upgrade as he scans a 2006 Camaro Concept (fifth generation). The actual car used on the film had body panels moulded from the 2006 Camaro Concept and fitted to a 2005 Holden Monaro chassis. 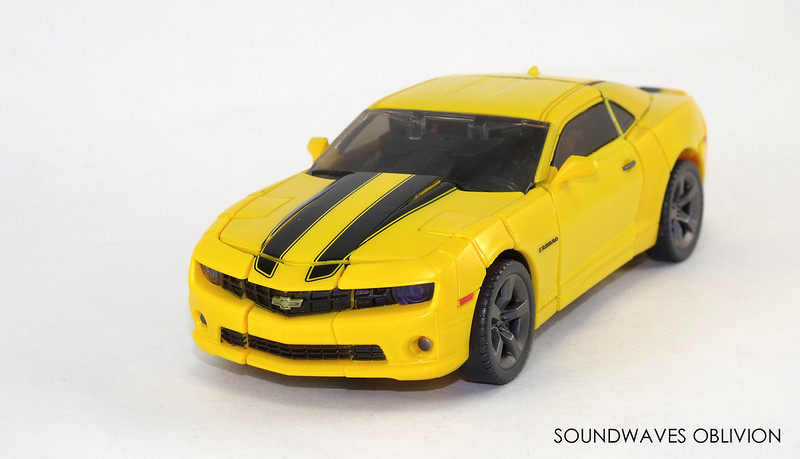 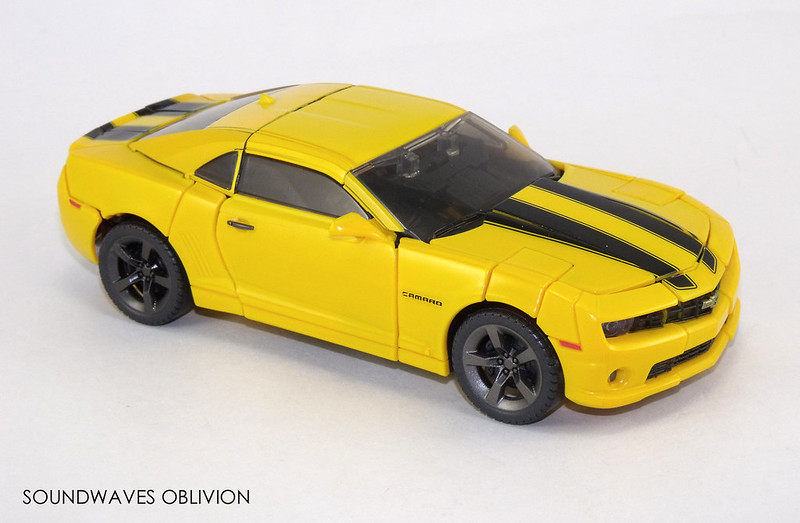 MPM-3 Bumblebee is as the designation suggests, the third Movie Masterpiece figure, the first two being Starscream MPM-1 and Bumblebee MPM-2 which were only released by Takara Tomy, although they were repaints of the Leader Class Hunt for the Decepticons Starscream and Battle Ops Bumblebee. 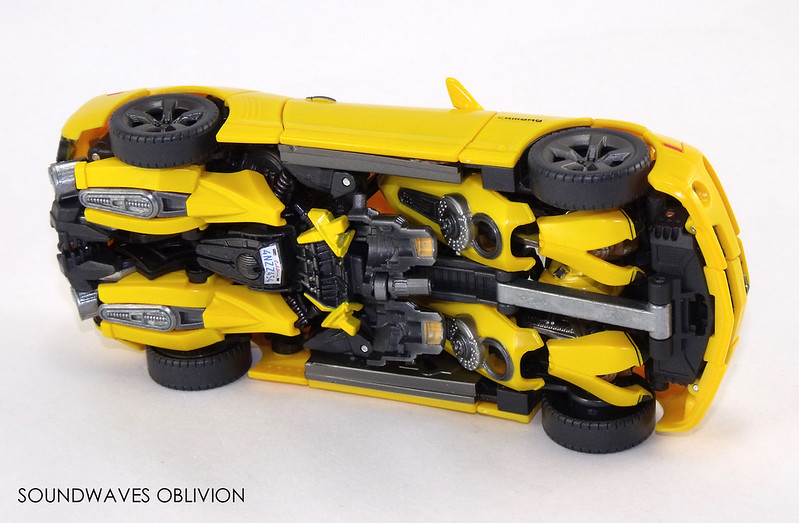 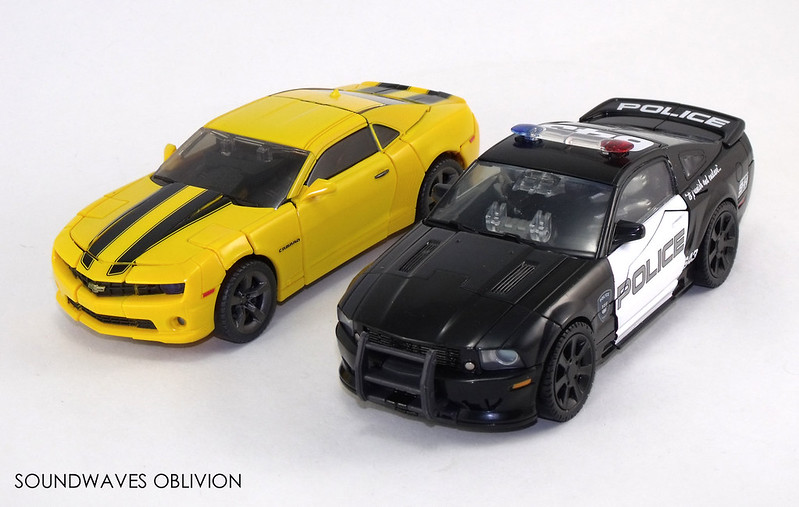 The MPM-3 Bumblebee though not perfect represents the best version of Bumblebee released so far, there are however minor nitpicks. As mentioned previously the car model is not entirely the same version as seen in the 2007 movie but appears to be based on the 2010 Chevrolet Camaro SS. The colour is the main issue; in the movie Bumblebee has a custom paint job called "Sunrise Pearl" which is more orange in colour than yellow. MPM-3 Bumblebee is coloured "Rally Yellow" which is very noticeable when you put the figure alongside other Movie Bumblebee figures. As the Masterpiece figures are supposed to be the definitive figures, I find the choice in colour odd. 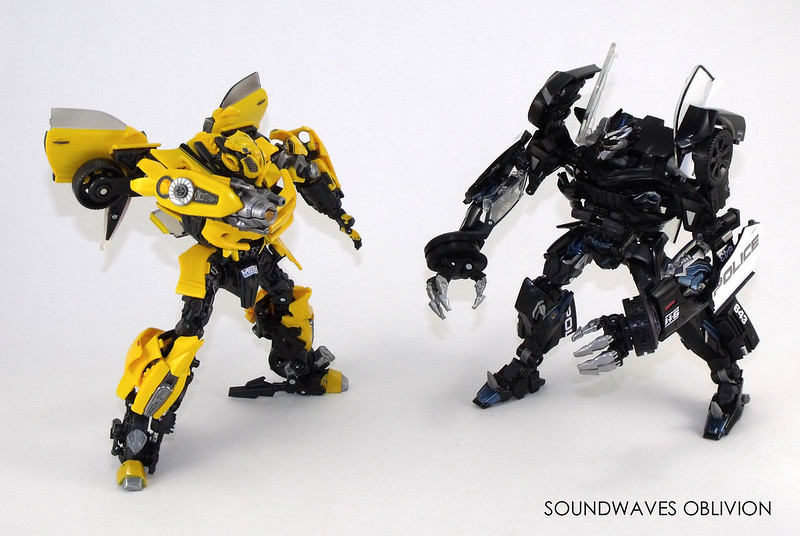 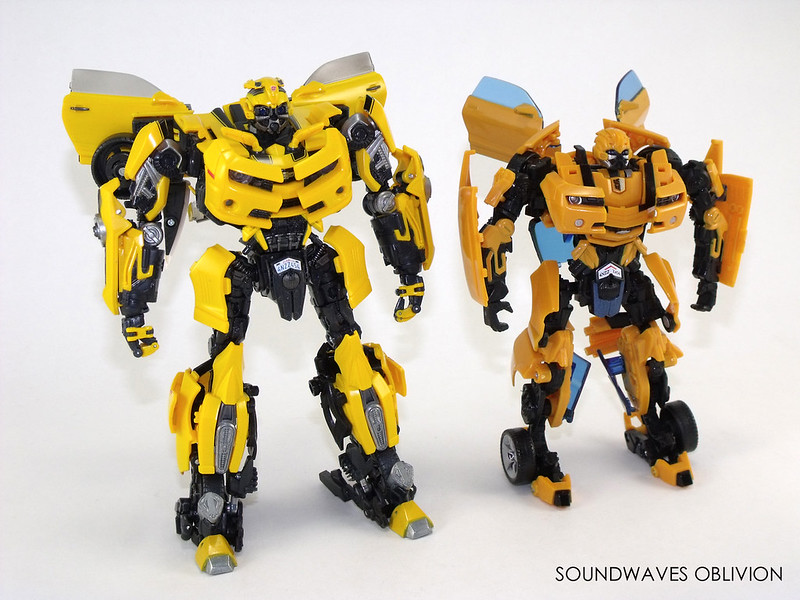 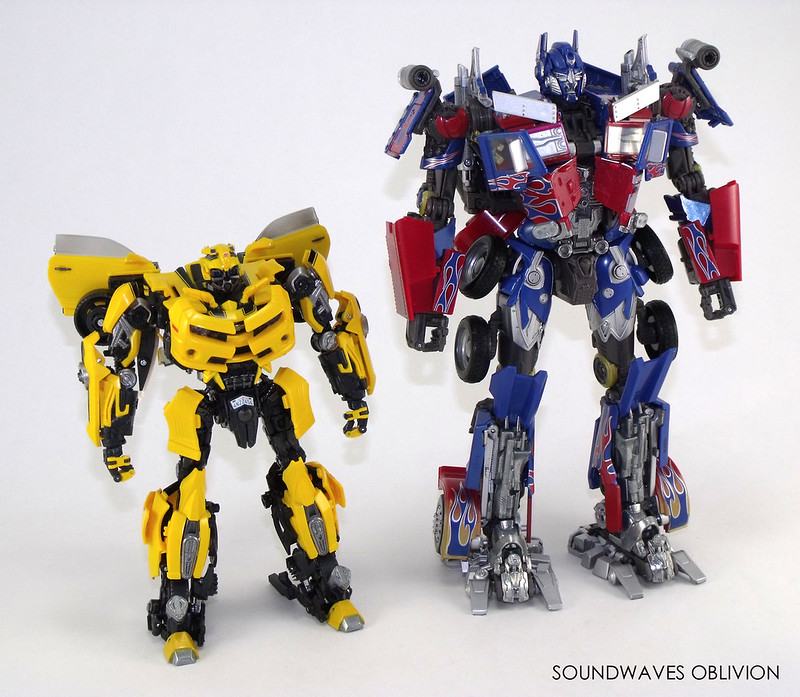 Transformation is where this figure really shines, it is involved yet simple to do, however the instructions that come with the figure are not very good so it would be advisable to look at a few video reviews. The placement of the car roof folded up within the robots body rather than the usual position on the robots back is ingenious. 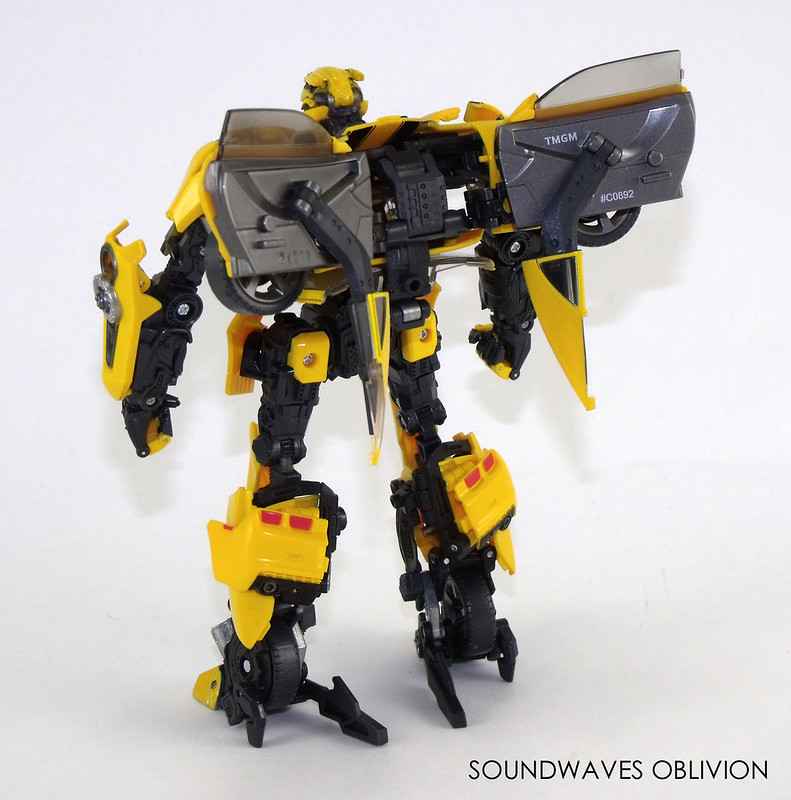 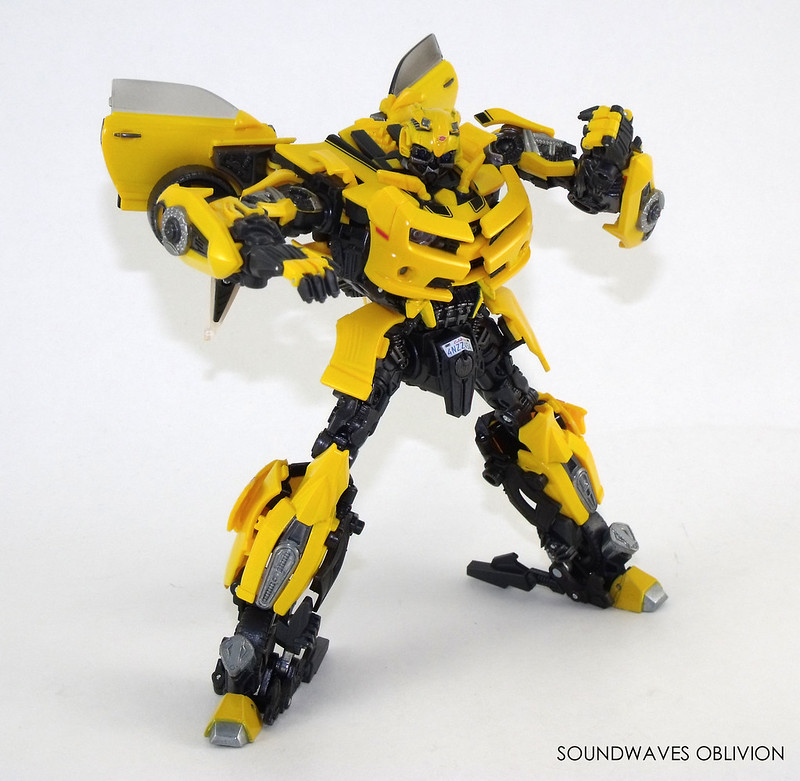 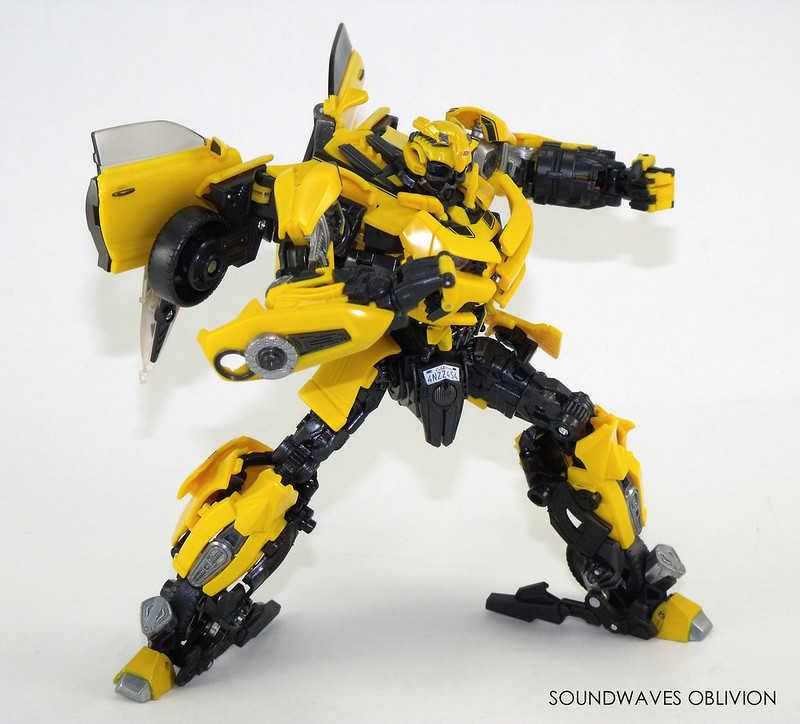 In robot mode Bumblebee is a good representation of the movie. Like previous movie Bumblebee figures the head features an integrated battle mask which folds down over the robots face. The hands even feature articulated fingers although the thumbs just fold down and don't rotate which would have been nice to see. Bumblebee comes with his Stinger Blaster for is right arm, the hand folds back into the forearm as is transforming back to vehicle mode, and the blaster fits around the wrist but is is not very good at clipping into place, at least with my version. 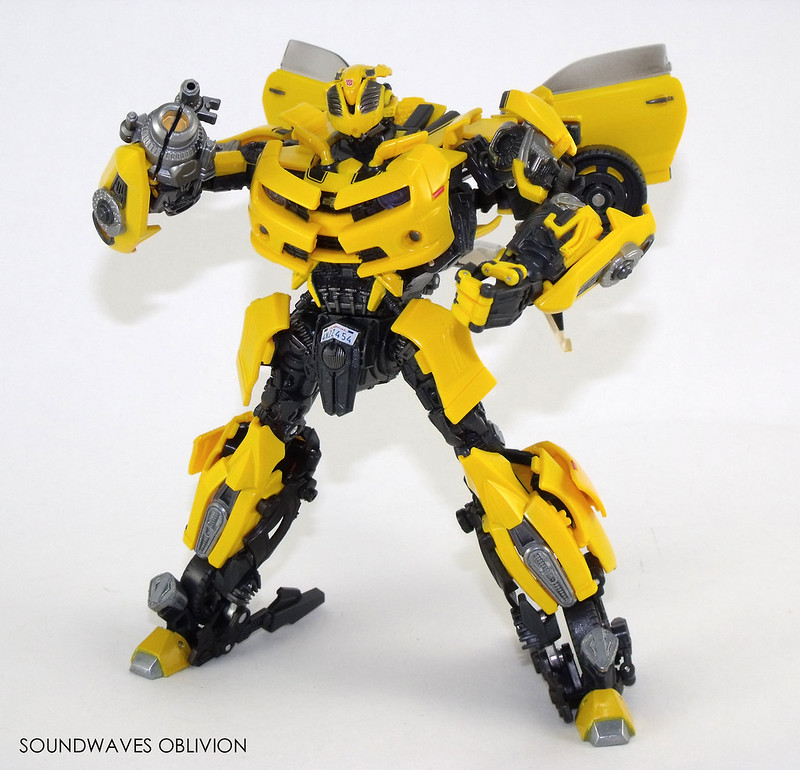 Bumblebee is fun to pose but as he is top heavy and the feet can be quite loose, it can be difficult to pose. 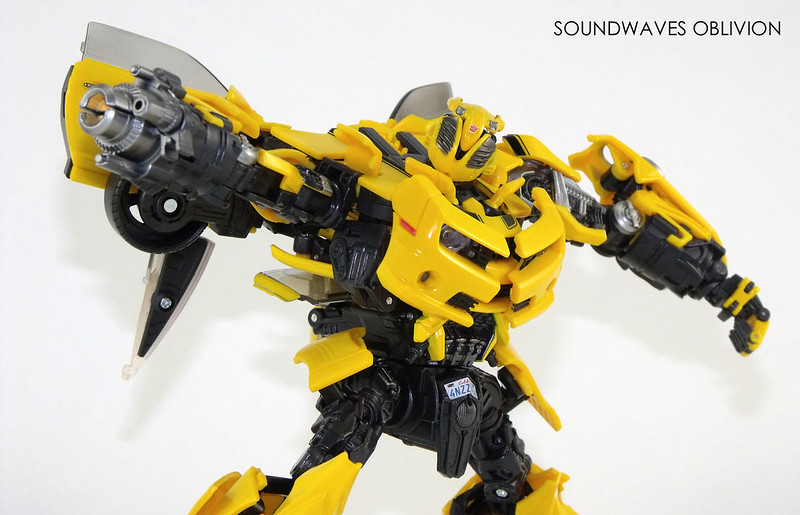 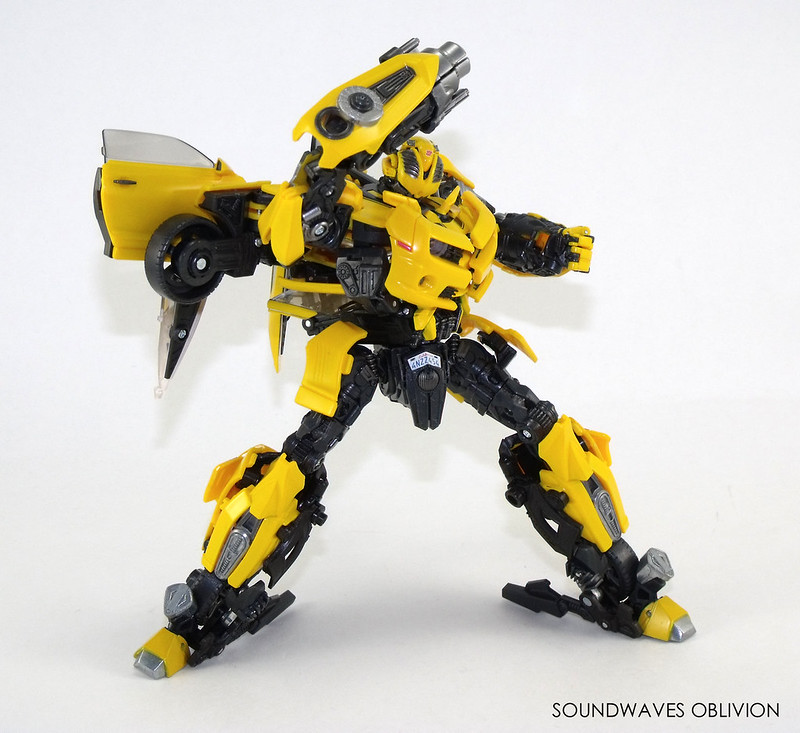 Overall despite a few misgivings this is the best Movie Bumblebee figure to be released so far, although it is a little on the expensive side.