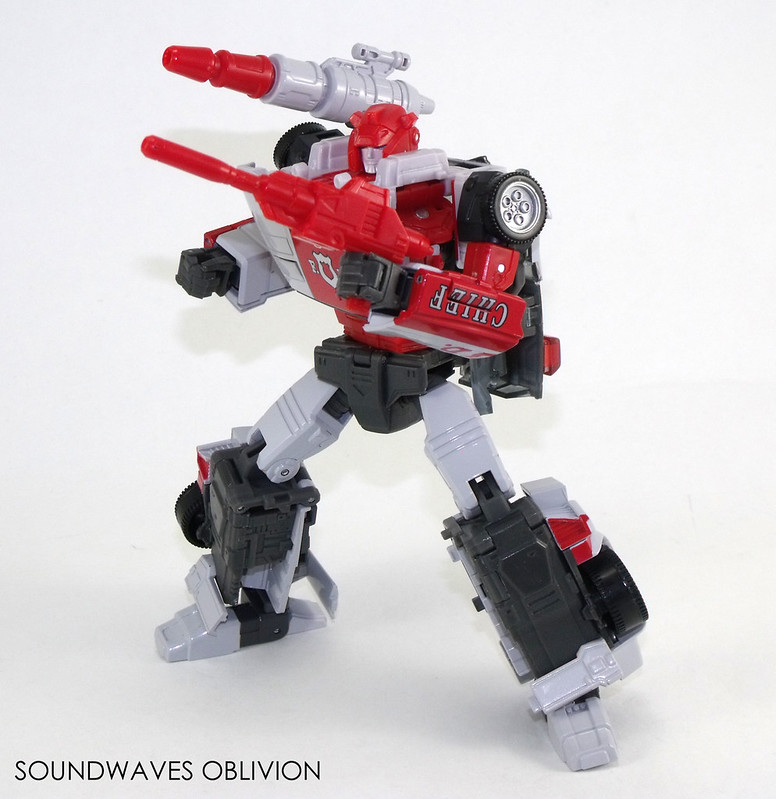 Profile (Translated from the Trading Card)
MP-14+ Cybertron Security Director / Alert
Function: Security Director
Motto: “Caution can never be overused.”
Profile:
Alert is one of the most highly strung members of the Cybertron’s. His perception circuits react even to the slightest smoke, whisper of crackling electricity or faintest smell of fuel, allowing him to prevent trouble. His companions can be unsympathetic to his nervous behaviour but they respect the contribution of his duties.
STR:5; INT:7; SPD:3; END:5; RNK:7; CRG:7; FBL:7; SKL:8 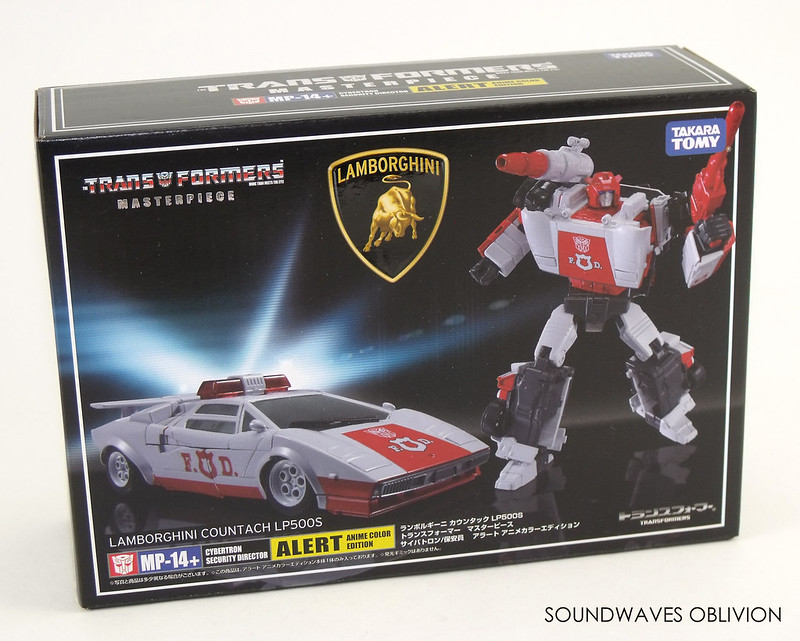 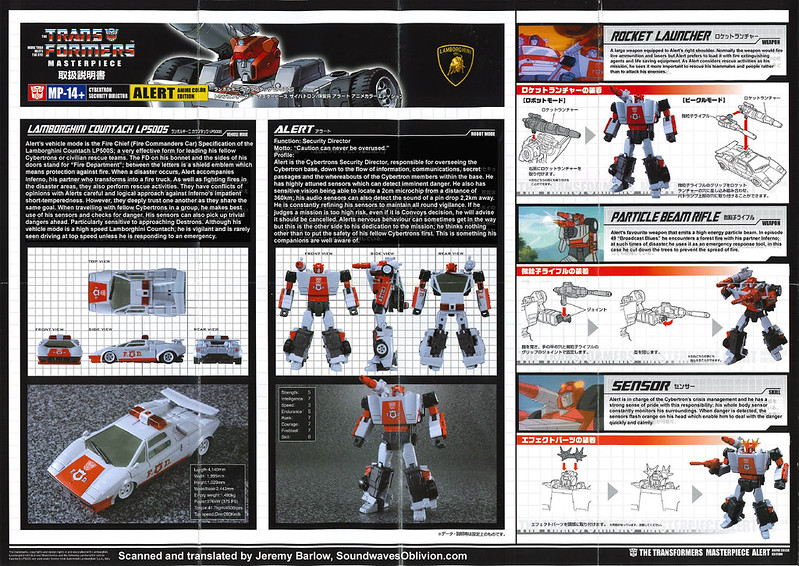 4 years after MP-14 Alerts initial release and with Takara Tomys current aim of cartoon accurate Masterpiece figures, Alert was rereleased as a Takara Tomy Mall exclusive in updated colours to match the cartoon version. Although the actual figure itself is not identical to the cartoon version as touched upon in MP-14 Alerts article, Takara Tomy have done a good job with replicating the overall look. Overall the deco has been simplified, gone are the Lamborghini badge and wording on the rear of the car, the lights have also been painted over. Additionally the text “CHIEF” had been added to the sides of both arms in robot mode to mimic the cartoon model without having to retool the arms. The white has been replaced by a light grey / off-white colour and the red is now a brighter red. Unfortunately as this mould has been used many times, the gun now looks worse for wear, loosing it's detailing that it almost looks like a knock-off effort plus the gun will not stay in place in the hand. With my version I also struggled to plug the gun into the missile launcher. 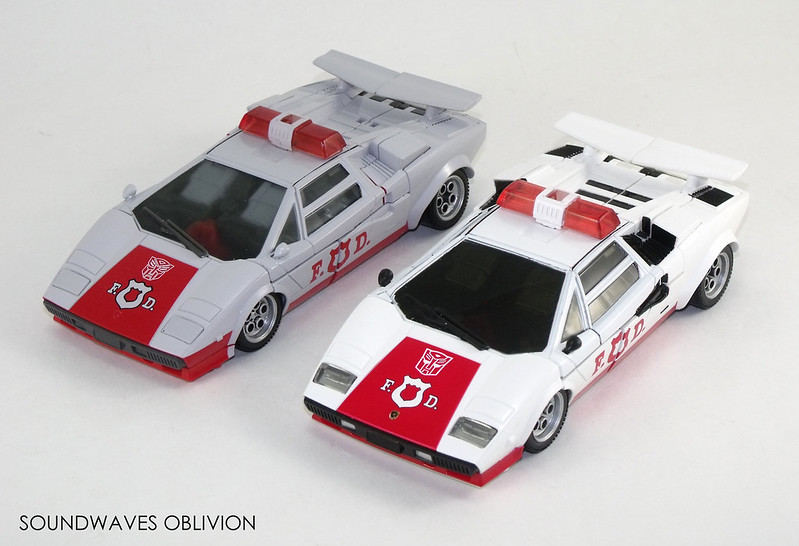 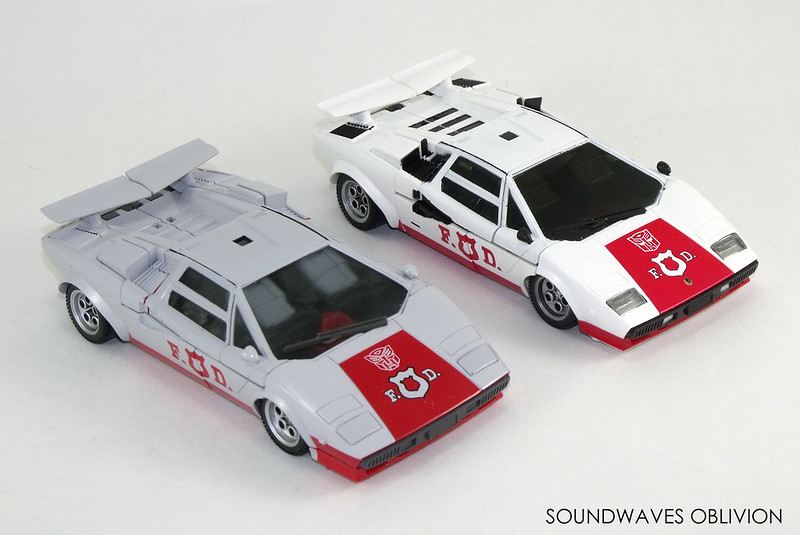 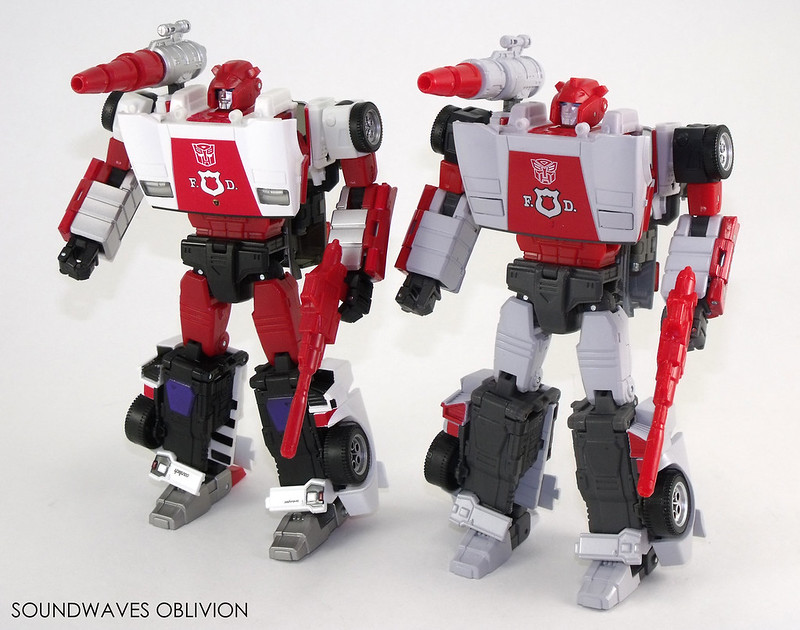 I prefer the original MP-14 Alert over this version, mainly because everything fits together a lot better than this one; it will be interesting to see how the upcoming (at the time of writing) MP-12+ Lambor will fare compared to the original as well as how many more cartoon accurate figures will be re-released. 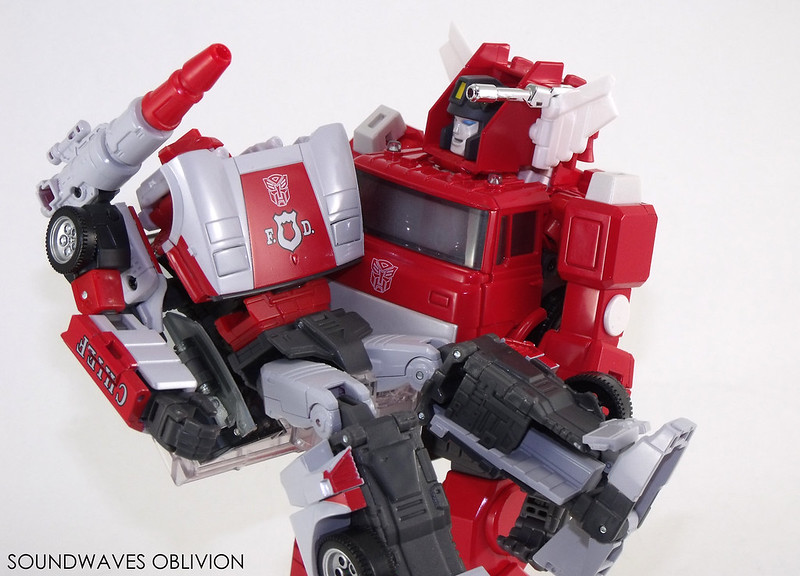 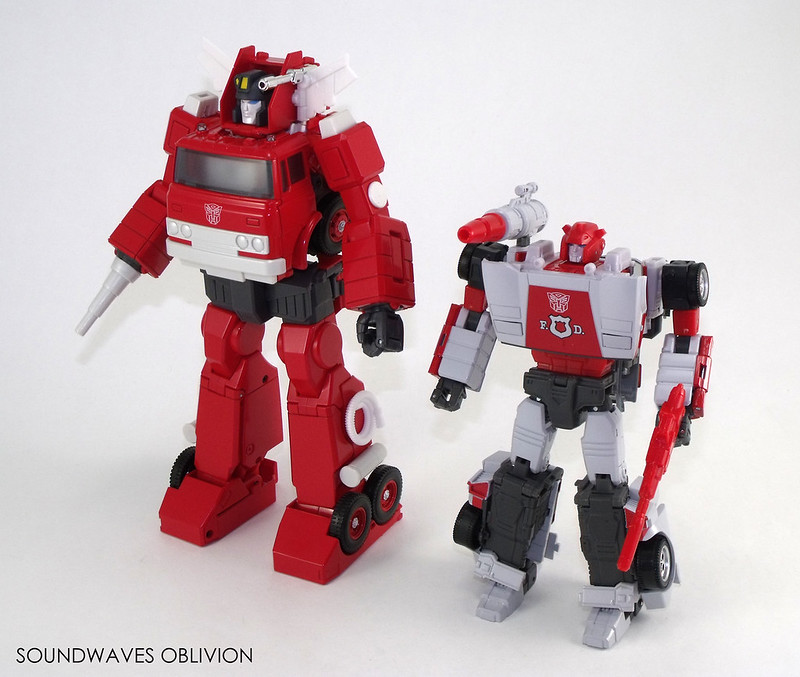 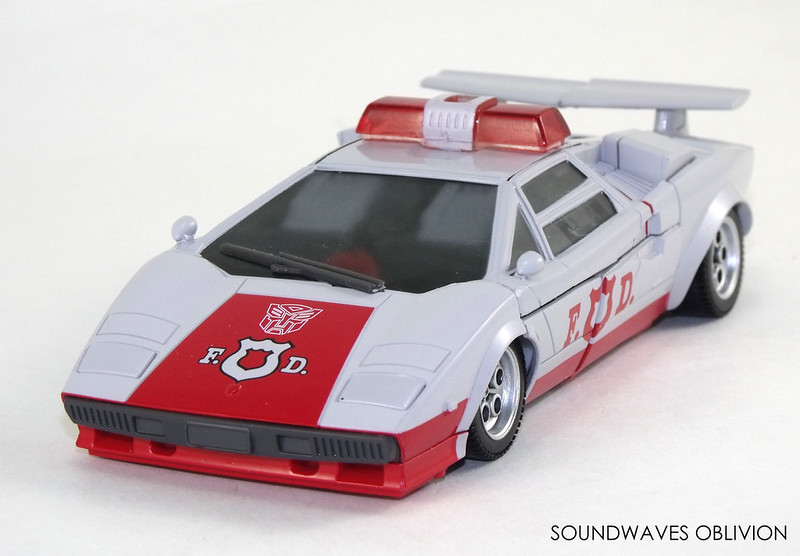 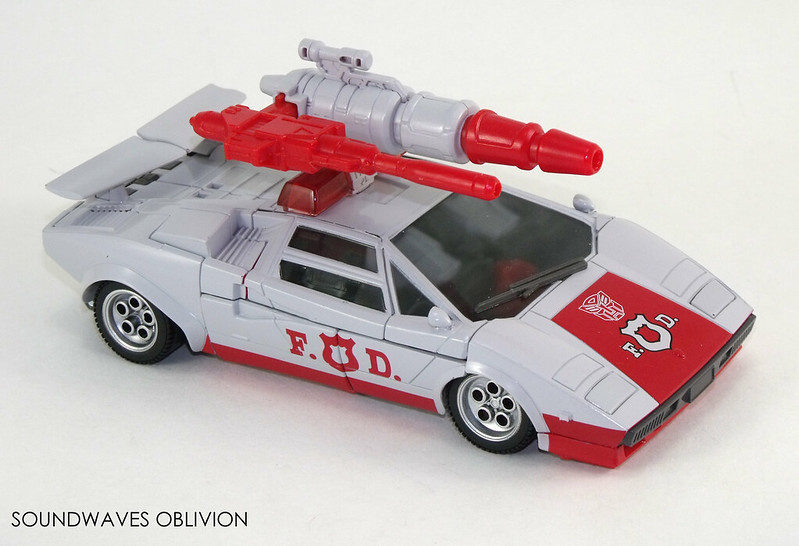 Vehicle Mode: Lamborghini Countach LP500S (Translated from the instruction pamphlet)
Alert’s vehicle mode is the Fire Chief (Fire Commanders Car) Specification of the Lamborghini Countach LP500S; a very effective form for leading his fellow Cybertrons or civilian rescue teams. The FD on his bonnet and the sides of his doors stand for “Fire Department”; between the letters is a shield emblem which means protection against fire. When a disaster occurs, Alert accompanies Inferno, his partner who transforms into a fire truck. As well as fighting fires in the disaster areas, they also perform rescue activities. They have conflicts of opinions with Alerts careful and logical approach against Inferno’s impatient short-temperedness. However, they deeply trust one another as they share the same goal. When travelling with fellow Cybertrons in a group, he makes best use of his sensors and checks for danger. His sensors can also pick up trivial dangers ahead. Particularly sensitive to approaching Destrons. Although his vehicle mode is a high speed Lamborghini Countach, he is vigilant and is rarely seen driving at top speed unless he is responding to an emergency. 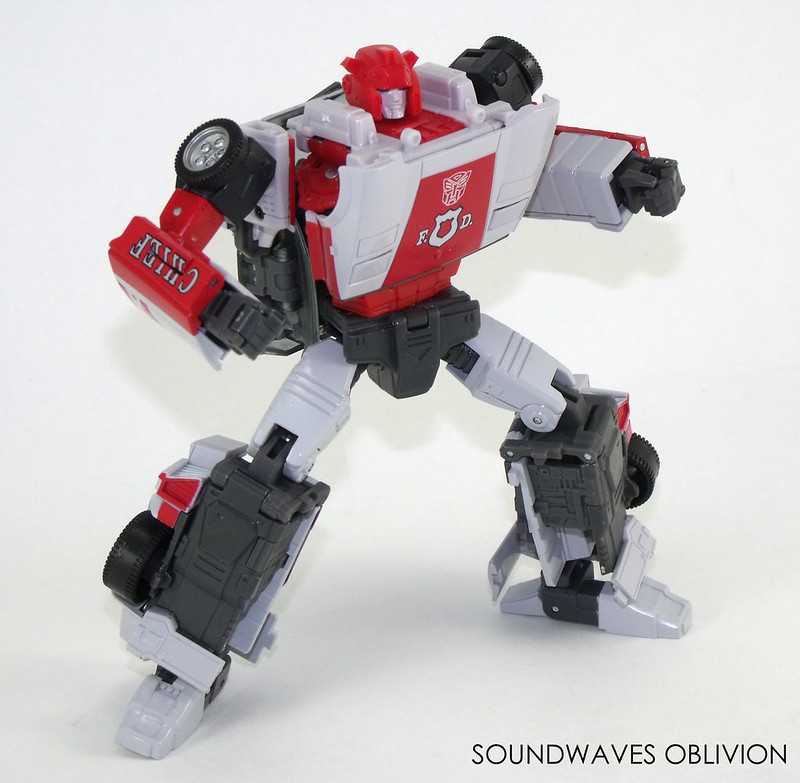 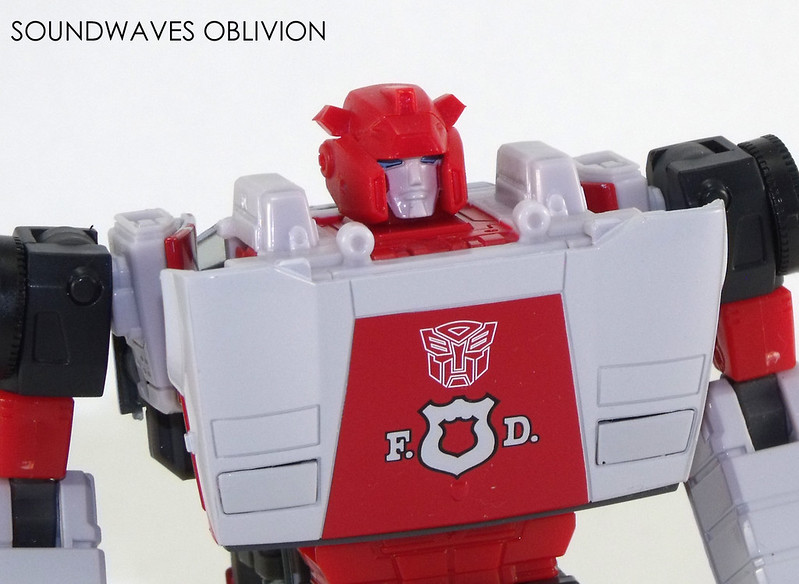 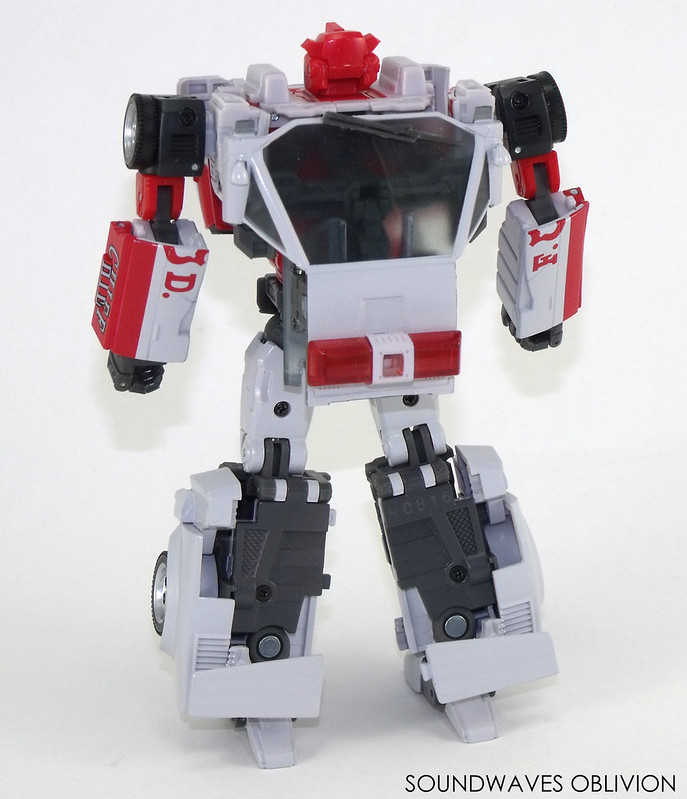 Robot Mode: Alert (Translated from the instruction pamphlet)
Function: Security Director
Motto: “Caution can never be overused.”
Profile:
Alert is the Cybertrons Security Director, responsible for overseeing the Cybertron base, down to the flow of information, communications, secret passages and the whereabouts of the Cybertron members within the base. He has highly attuned sensors which can detect imminent danger. He also has sensitive vision being able to locate a 2cm microchip from a distance of 360km; his audio sensors can also detect the sound of a pin drop 2,2km away. He is constantly refining his sensors to maintain all round vigilance. If he judges a mission is too high risk, even if it is Convoys decision, he will advise it should be cancelled. Alerts nervous behaviour can sometimes get in the way but this is the other side to his dedication to the mission; he thinks nothing other than to put the safety of his fellow Cybertrons first. This is something his companions are well aware of. 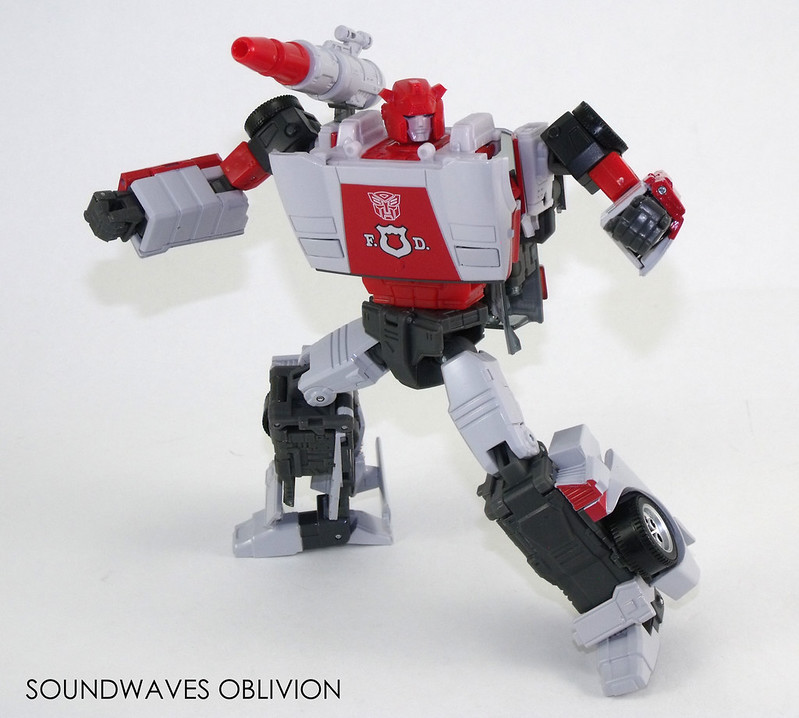 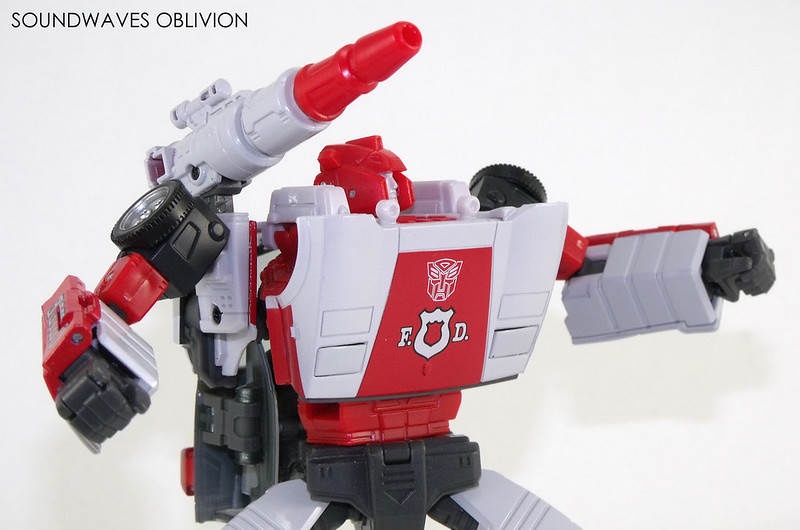 Weapon: Rocket Launcher (Translated from the instruction pamphlet)
A large weapon equipped to Alert’s right shoulder. Normally the weapon would fire live ammunition and lasers but Alert prefers to load it with fire extinguishing agents and life saving equipment. As Alert considers rescue activities as his mission, he sees it more important to rescue his teammates and people rather than to attack his enemies. 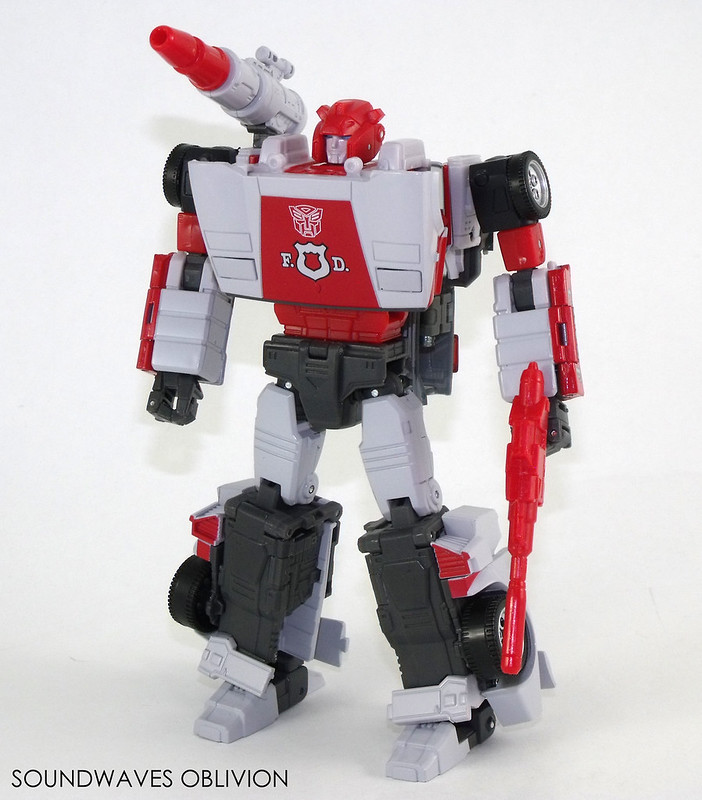 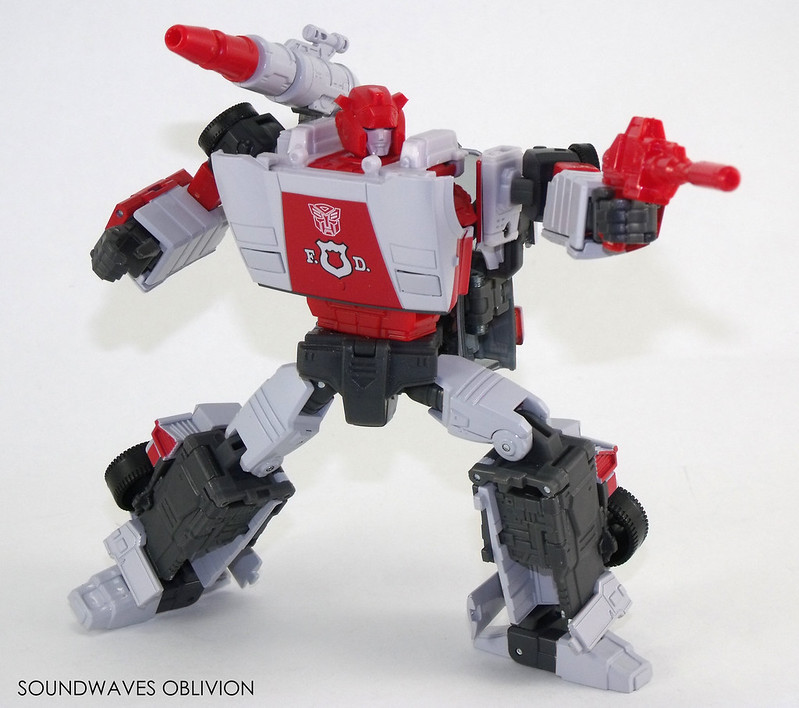 Weapon: Particle Beam Rifle (Translated from the instruction pamphlet)
Alert’s favourite weapon that emits a high energy particle beam. In episode 49 “Broadcast Blues” he encounters a forest fire with his partner Inferno; at such times of disaster he uses it as an emergency response tool, in this case he cut down the trees to prevent the spread of fire. 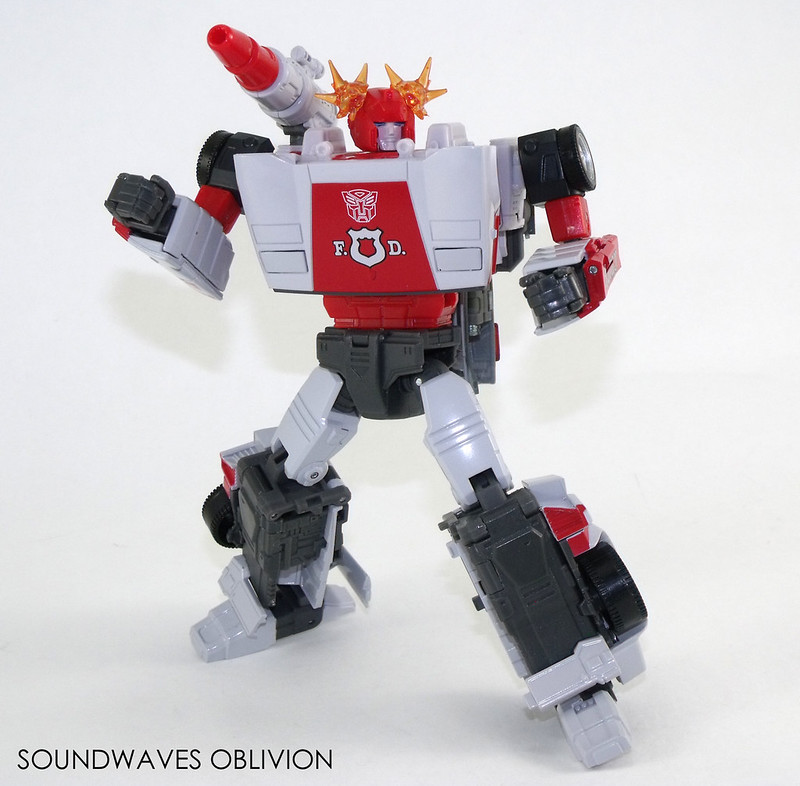 Skill: Sensor (Translated from the instruction pamphlet)
Alert is in charge of the Cybertron’s crisis management and he has a strong sense of pride with this responsibility; his whole body sensor constantly monitors his surroundings. When danger is detected, the sensors flash orange on his head which enable him to deal with the danger quickly and calmly. 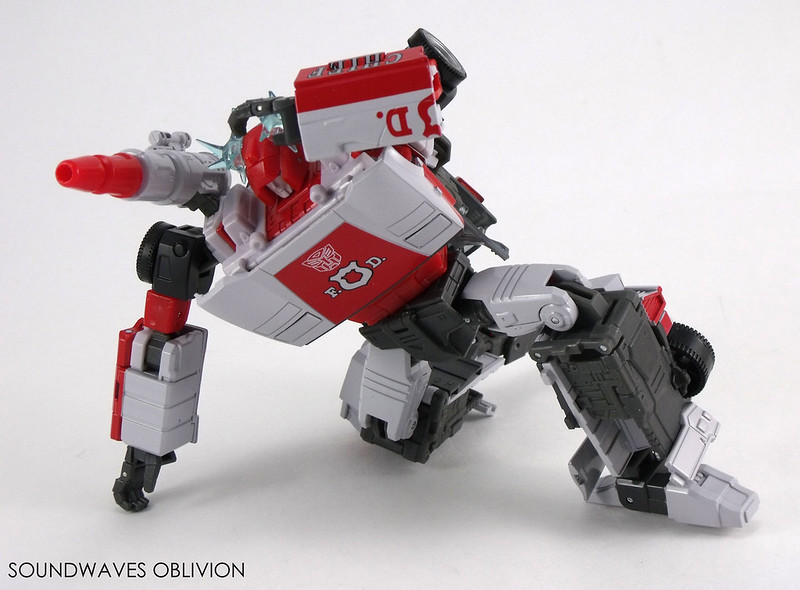 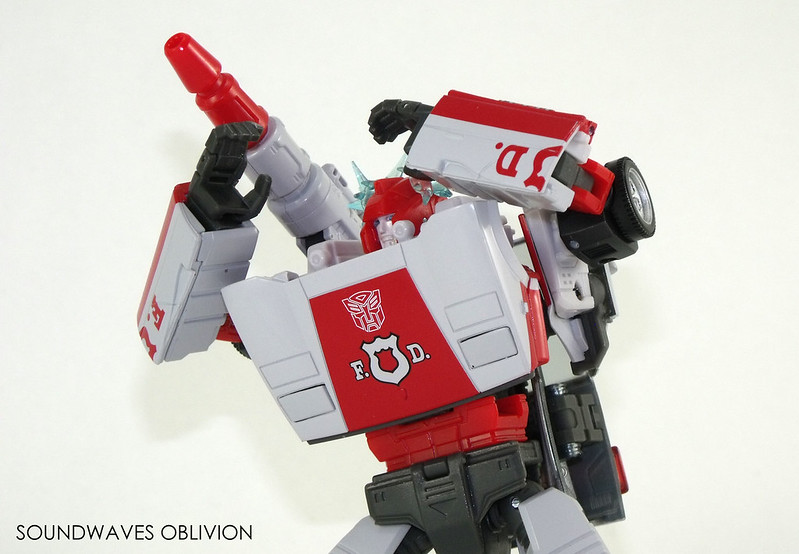