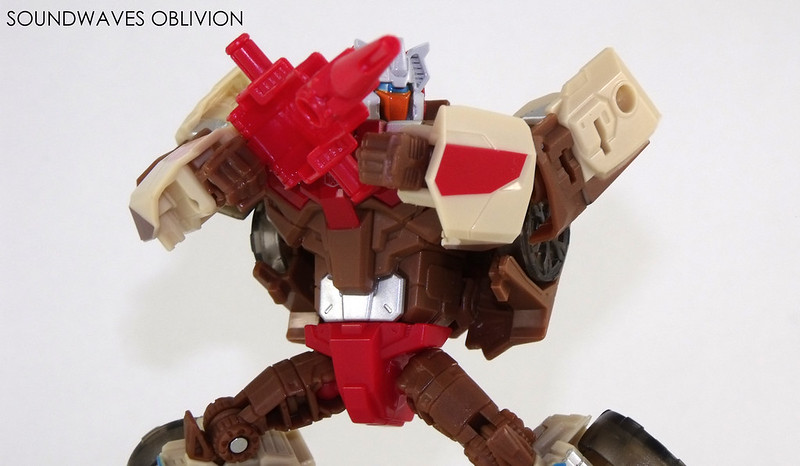 (Profile translated from Takara Tomy's Legends version)
LG32 Chromedome
Attack Commander
Profile
Chromedome is a hot blooded warrior burning with justice; strikes down Destrons from a combination of his youth and power. As Attack Commander he specialises in combat; he draws illustrations as a hobby. Has a serious demeanour and is very meticulous in every aspect; trusted by his teammates. Has become close friends with his partner drone Moguru as they share a kindred spirit.
STR:7; INT: 10; SPD: 7; END: 10; RNK: 10; CRG: 10; FBL: 10; SKL: 10 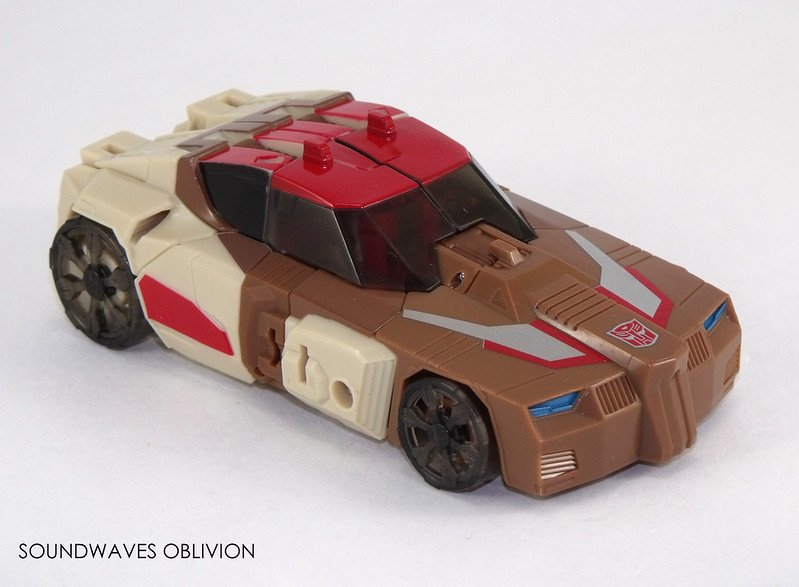 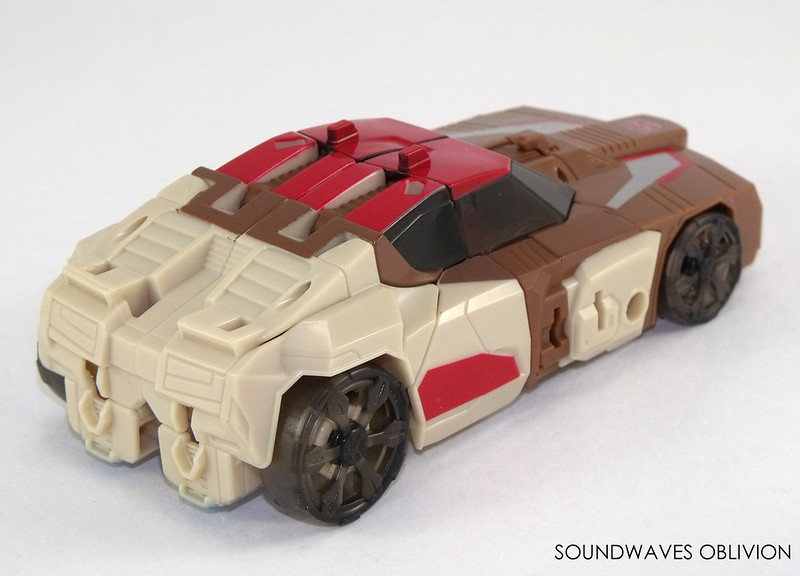 Titans Return Chromedome is an update of the original 1987 Headmaster. The build is similar to the 2016 Combiner Wars Dead End figure but Chromedome is a new mould not a retool. 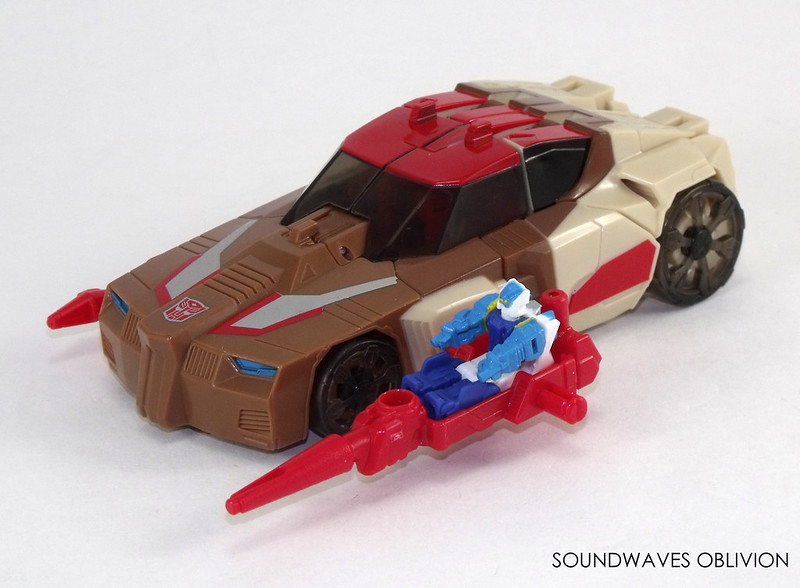 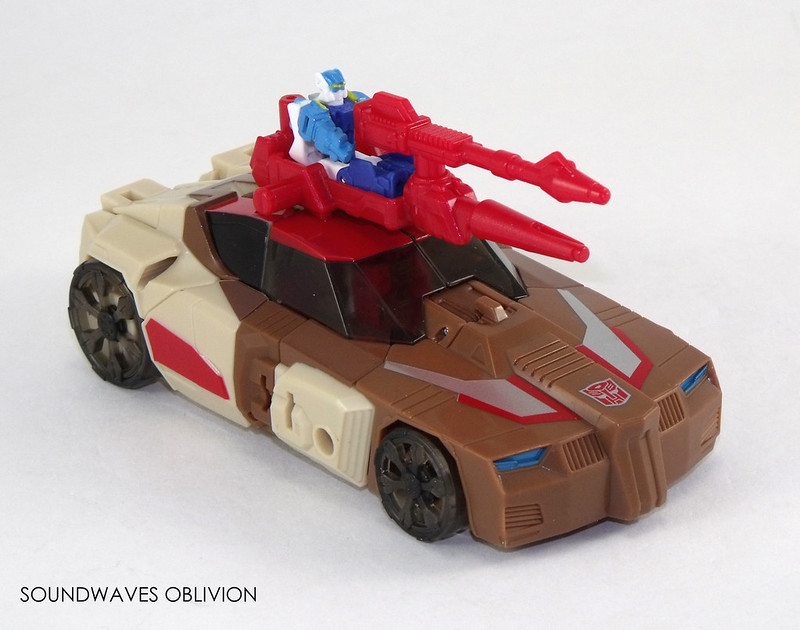 Vehicle mode takes the design cues from the original figure and just like the original the canopy can open to place the the Titan Master figure, Stylor, within. The weapons can be placed on top of the roof like the original as well as on the sides of the vehicle mode. I'm not a fan of the translucent wheels though. 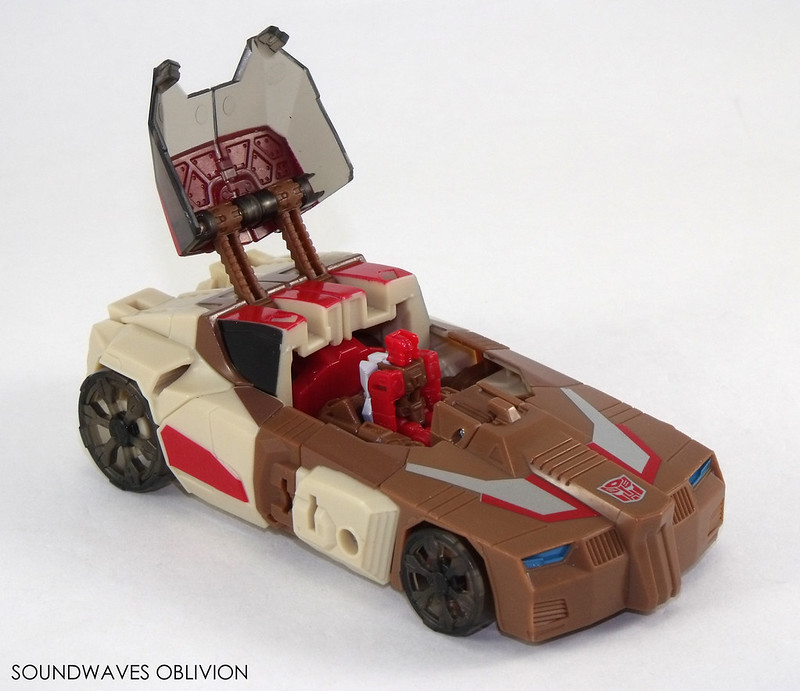 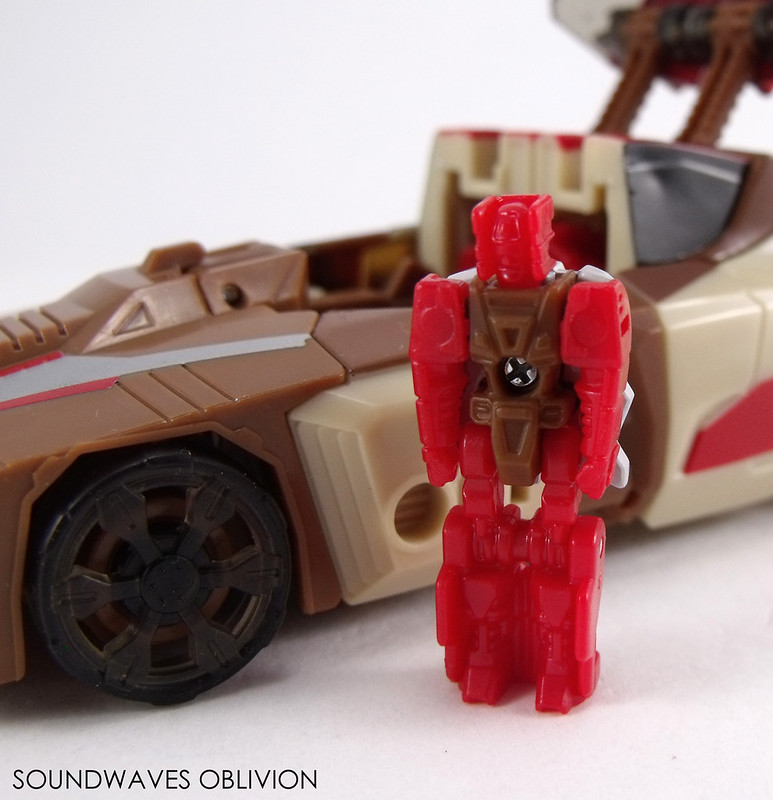 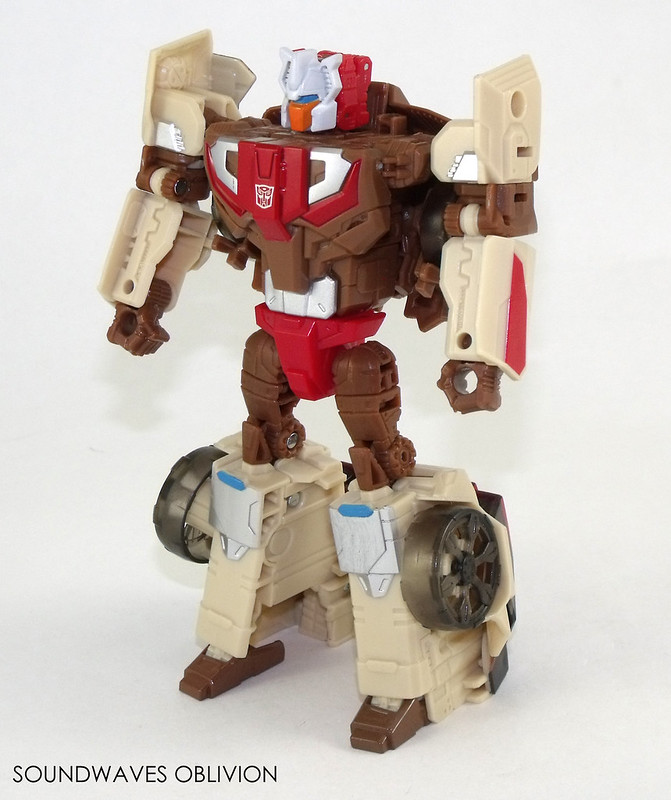 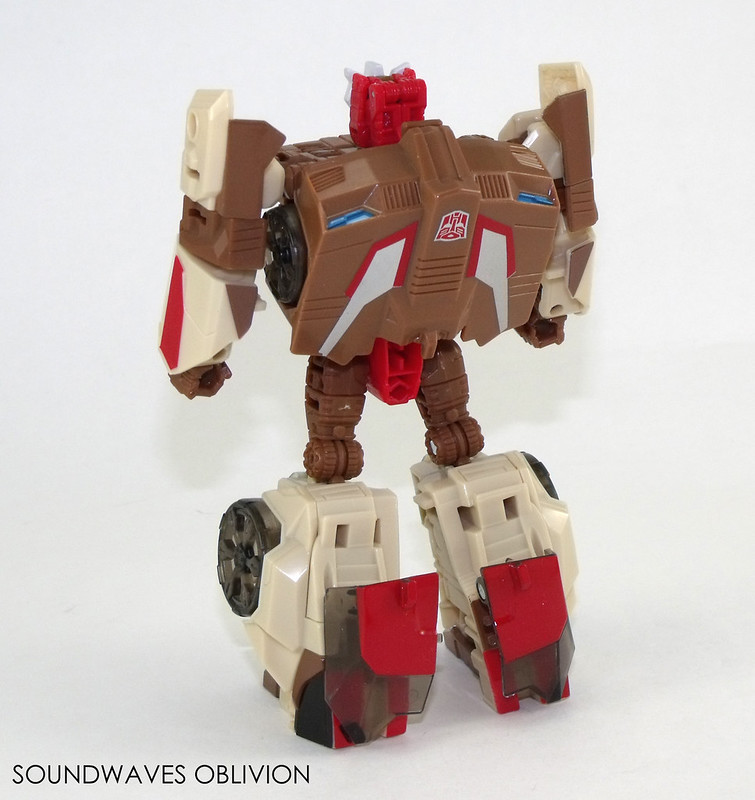 Just like the vehicle mode, robot mode is a good update on the G1 figure sharing many design aspects. The red section on the chest resembles the red hatch of the original which pulls open to reveal the Headmaster specs. 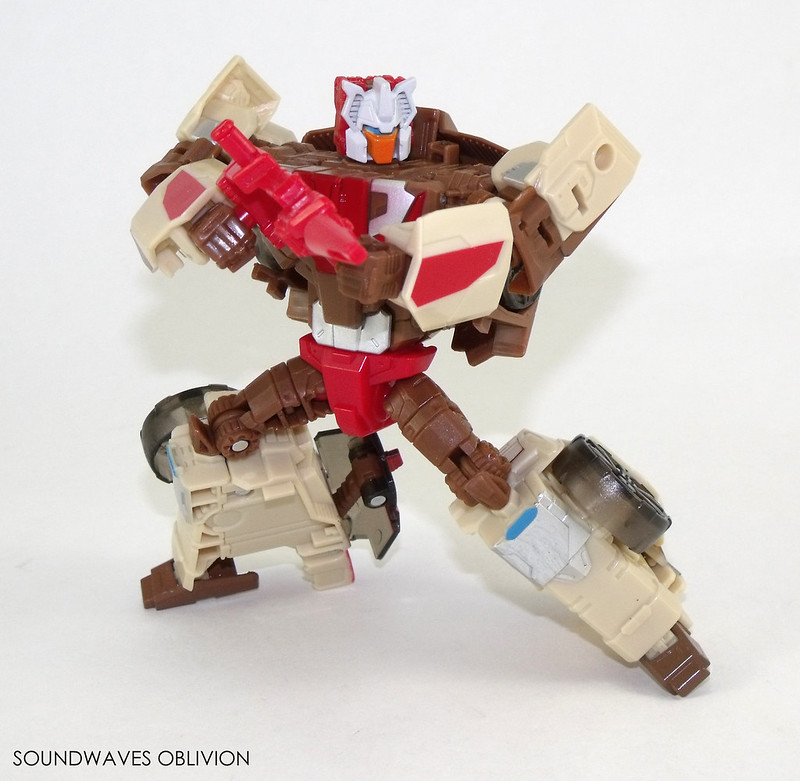 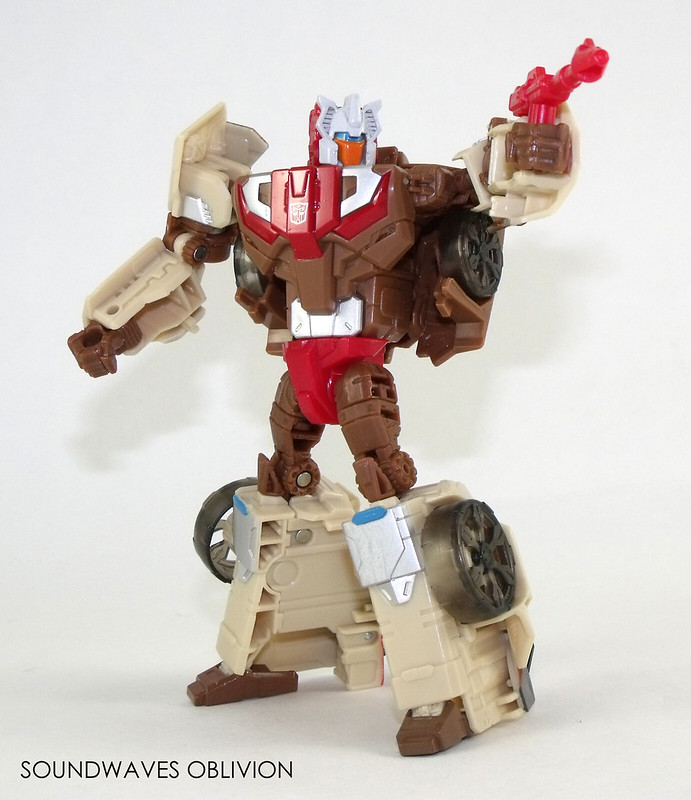 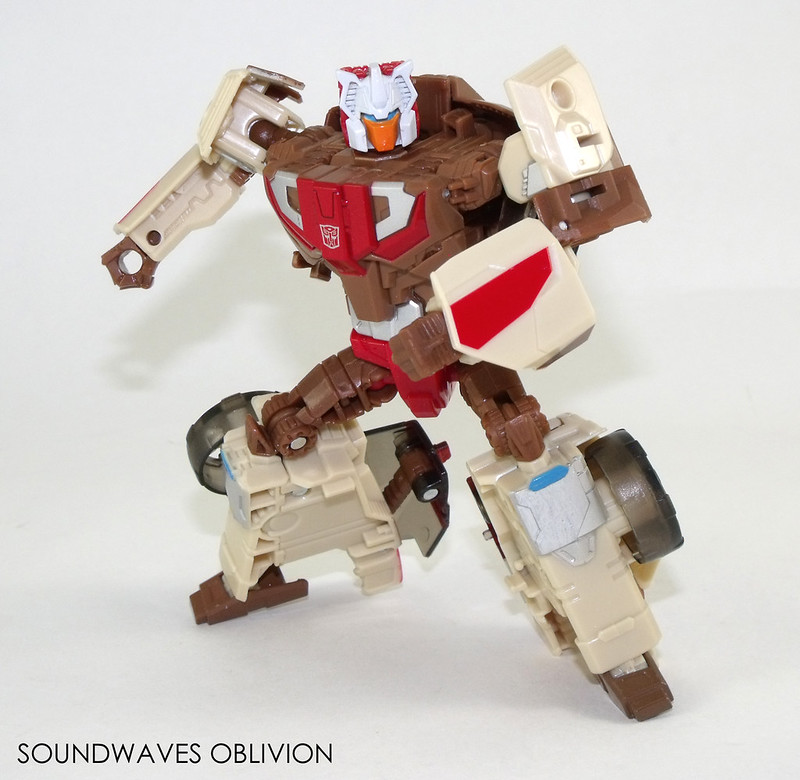 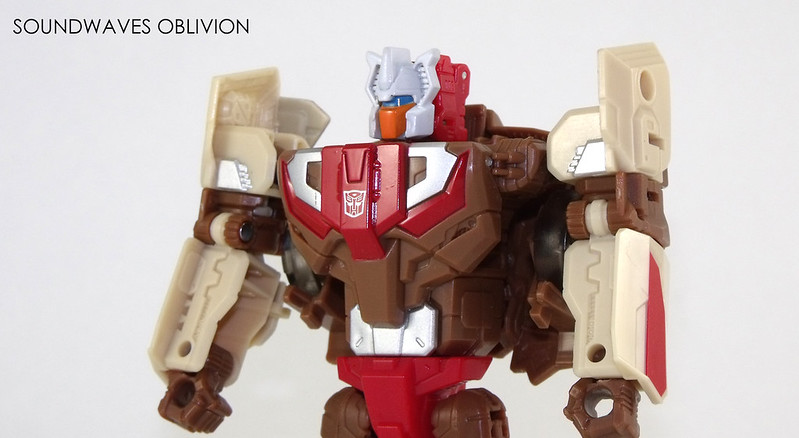 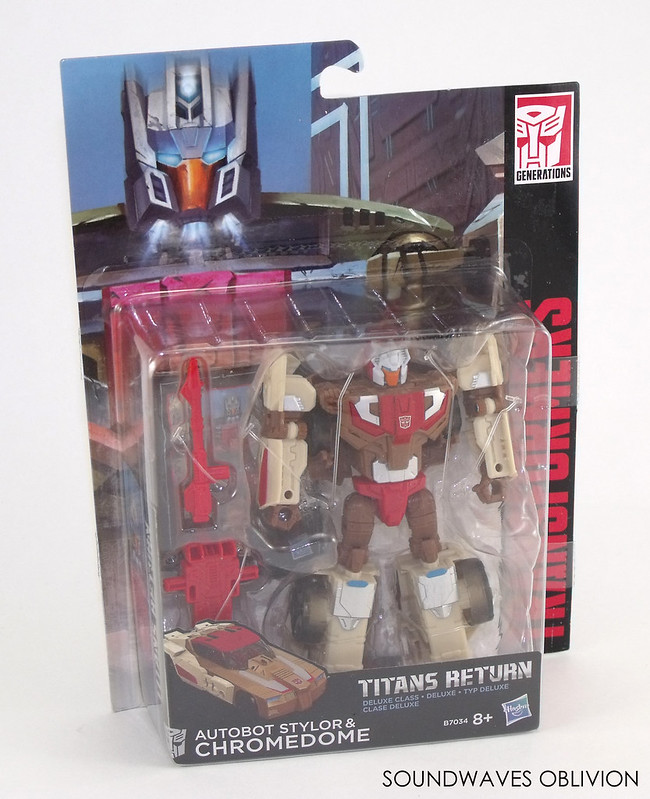