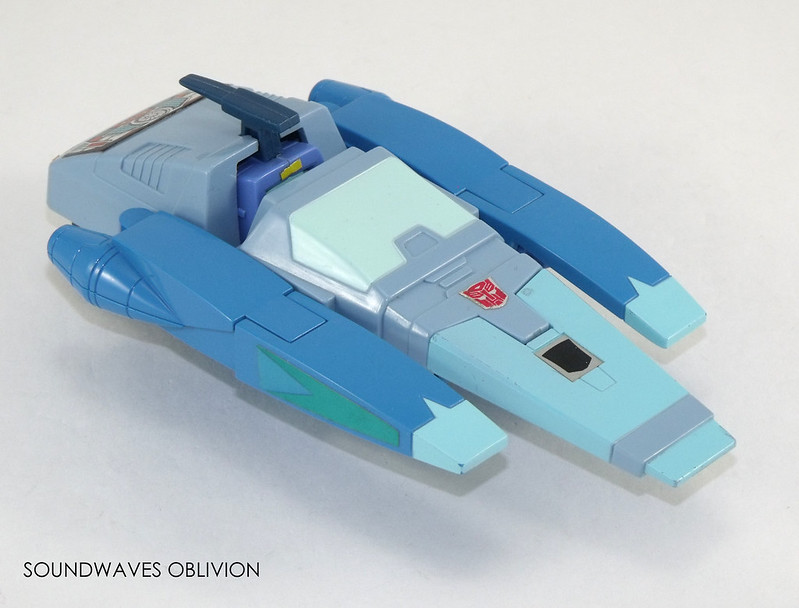 Function: Data Courier
Motto: "The faster it is, the better I like it."
Blurr is the fastest Autobot on land. He's a close descendant to a thoroughbred Cybertronic race horse, and a superior messenger. He can quickly whisk information from one place to another. In robot mode he carries an electro-laser that reverses the polarity of an enemy robot's microcircuits and leaves them motionless. Range: 10 miles. In vehicular mode, he can travel faster than the speed of sound, leaving a blurred image in his trail.
STR…7; INT...8; SPD...10; END...6; RNK...7; CRG...8; FPR...7; SKL...5 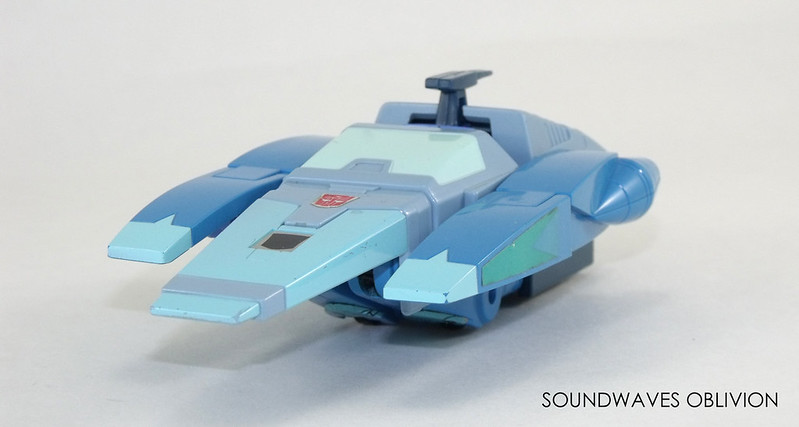 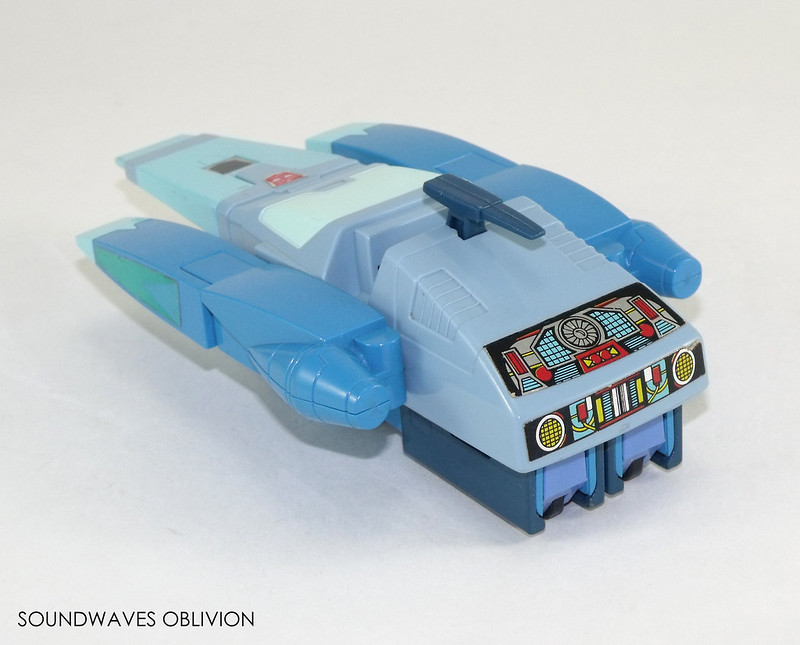 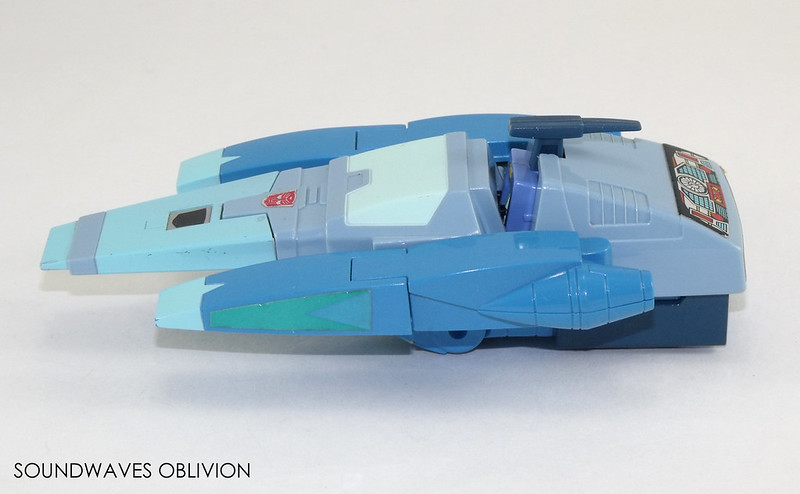 Blurr was one of the 3 Autobot cars  to debut in the 1986 Transformers The Movie, all 3 of which (Hot Rod, Kup & Blurr) were unrelated to Takaras Diaclone line. Blurr in my opinion is the weakest and my least favourite of the 3 Autobot cars with a vehicle mode and robot mode which don't feel solid enough. Blurr is also the only one of the 3 not to receive a reissue from Takara; however the latest Titans Return / Legends Blurr vastly improves on the design and is very similar to the 1986 cartoon appearance. 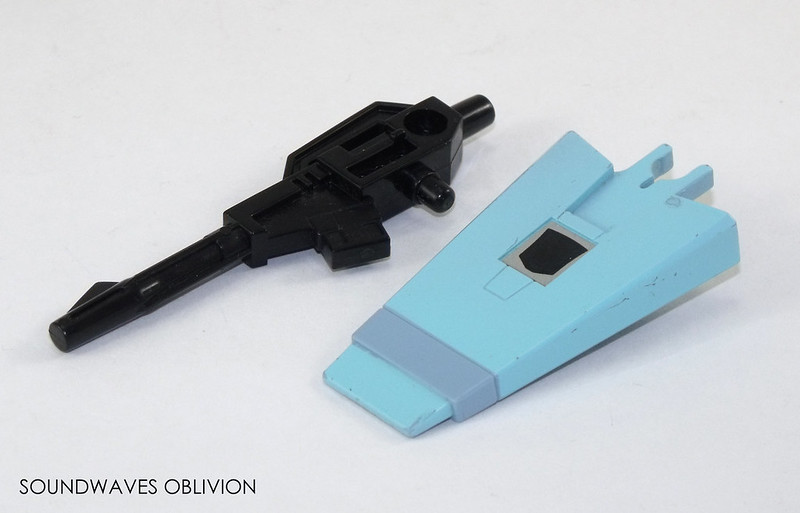 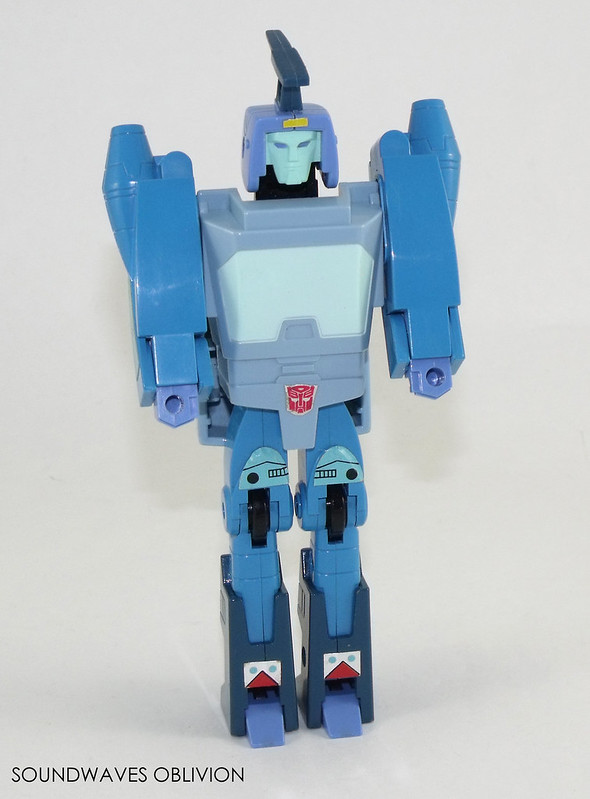 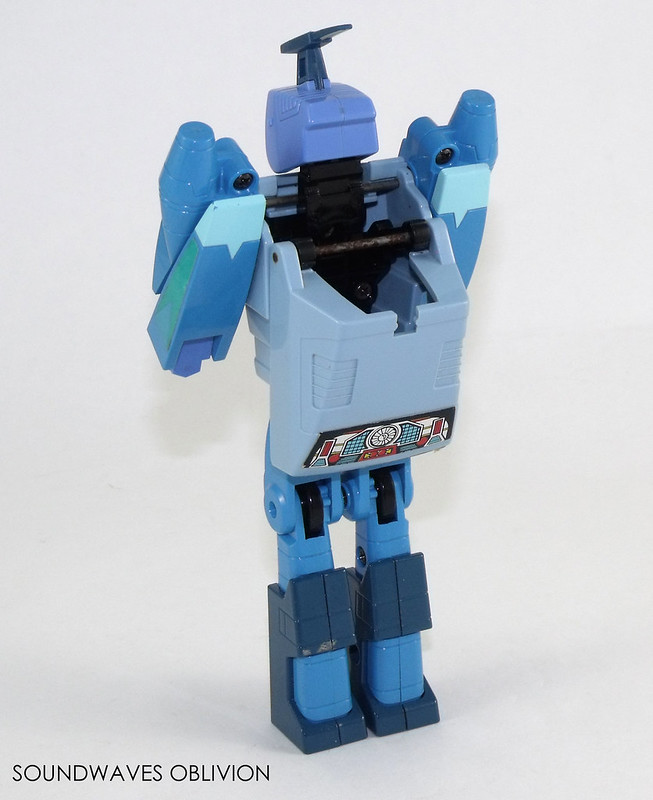 Accessory wise, Blurr comes with a black rifle and the front of the vehicle mode separates and becomes a shield. The clips that hold the shield onto the car mode are unfortunately prone to snapping off. 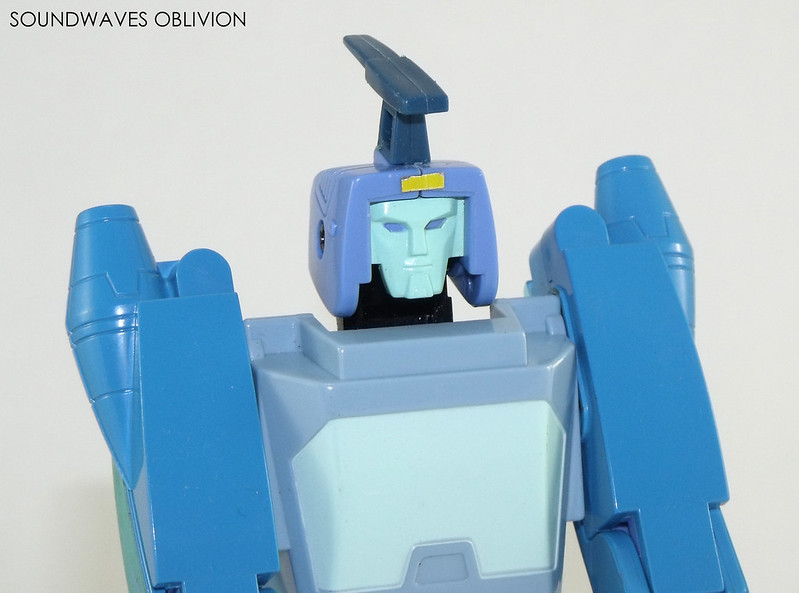 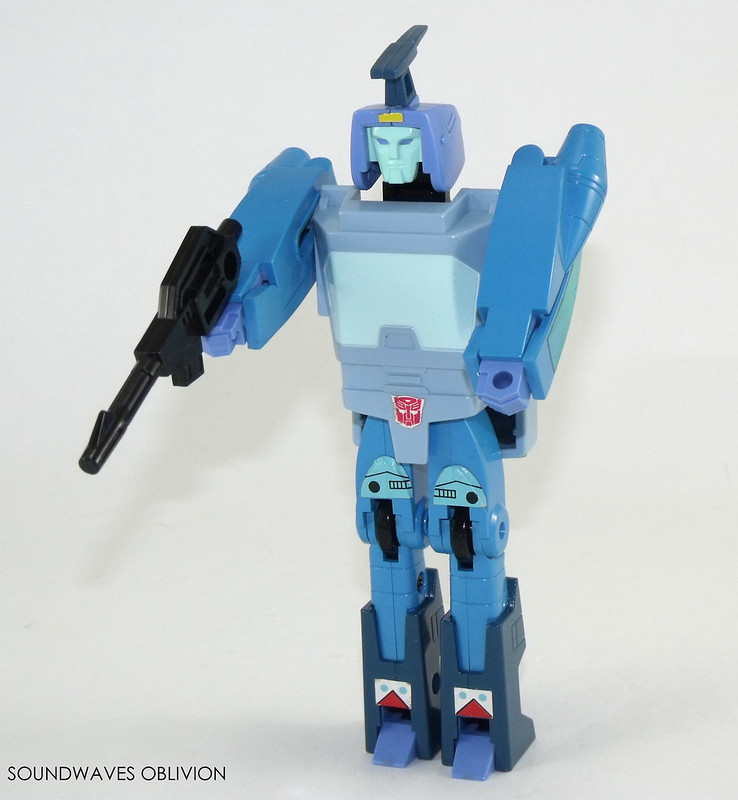 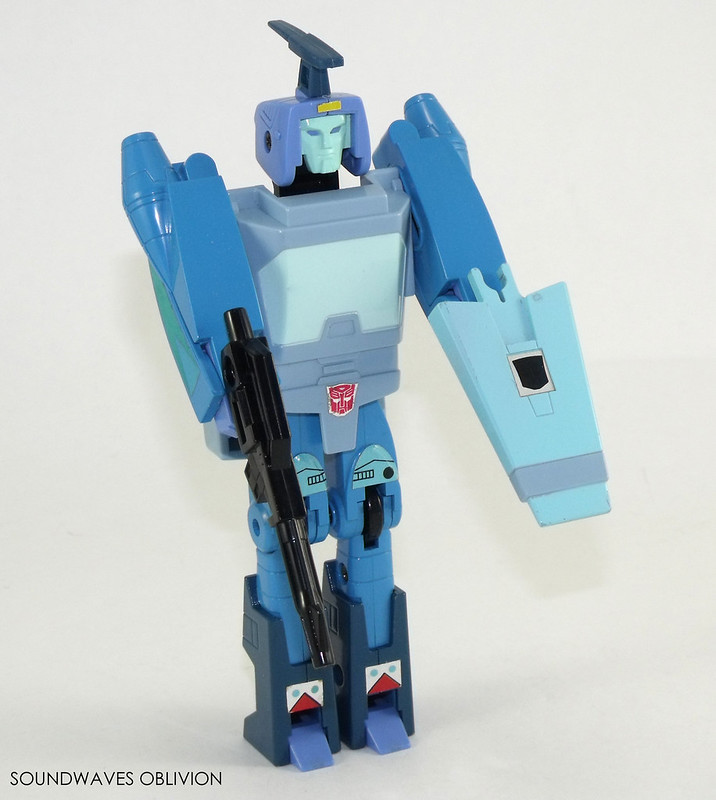