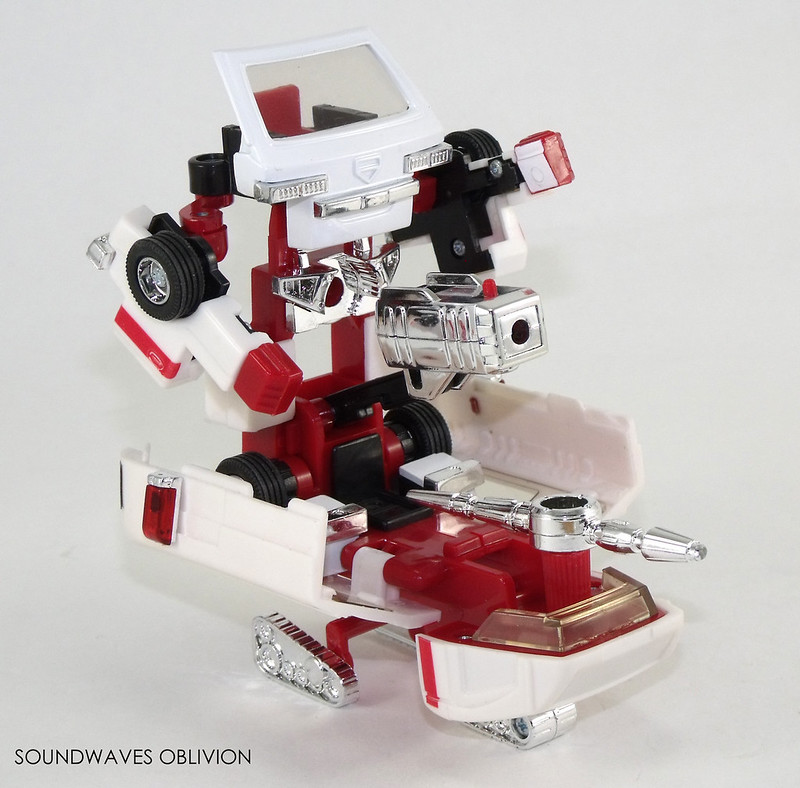 (Profile translated from the collectors card)
06 Cybertron Medic Ratchet
Function: Medic
Transformation: Ambulance
Ability: A genius with machine operation. His main duty is repairing Cybertrons wounded in battle. He also worked alongside Wheeljack to create the Dinobots.
Character: Always calm and has precise judgement. His repairs are first class and the Cybertron warriors are given peace of mind as he works on their bodies.
Weapon(s): Mobile Artillery Rocket Launcher with Laser
STR…4; INT...8; SPD...4; END...5; RNK...7; CRG...8; FPR...3; SKL...10; TTL...49 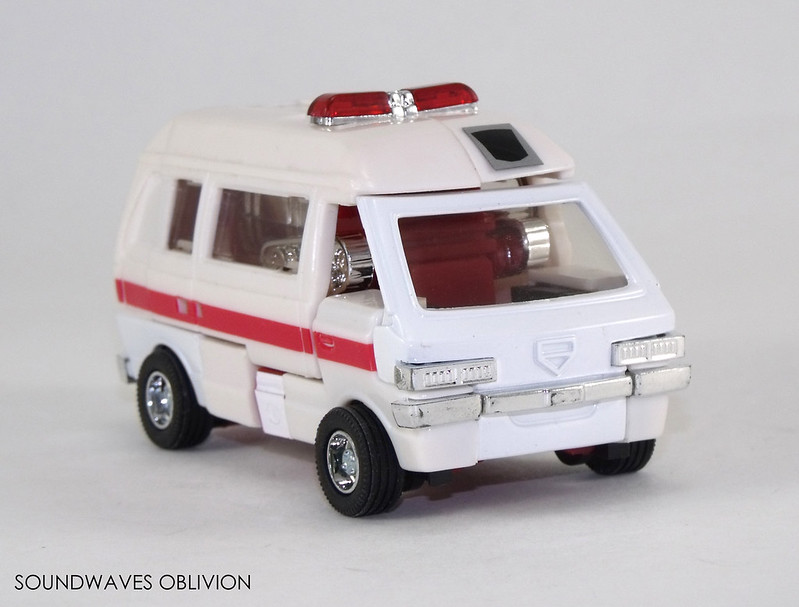 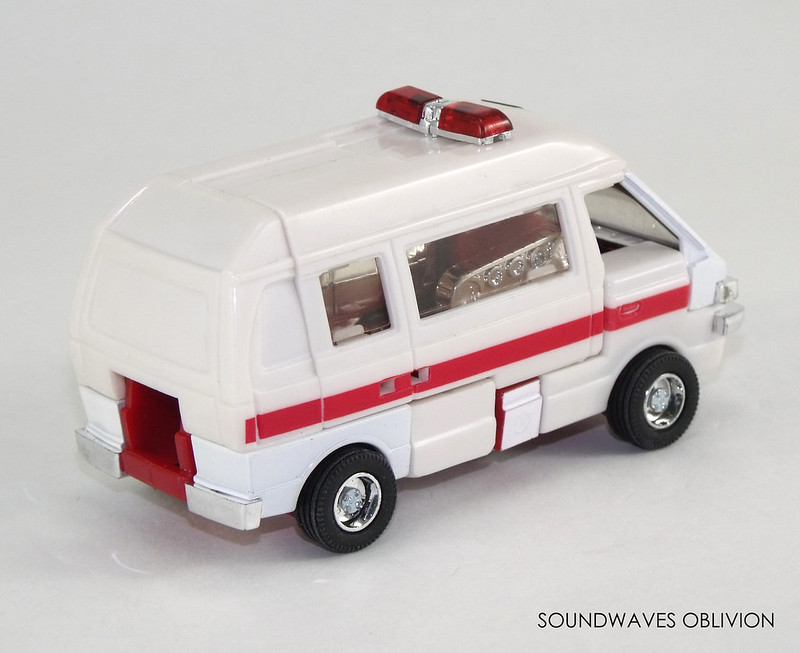 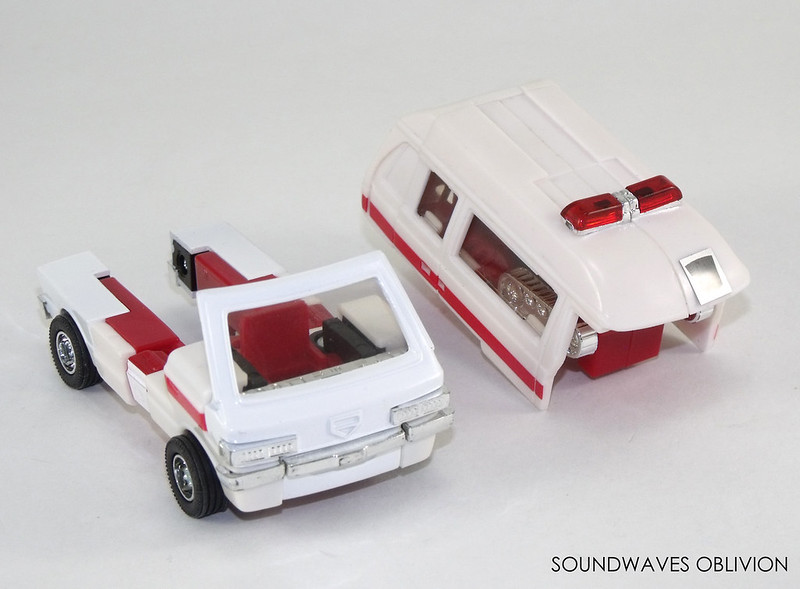 Much like the Encore reissue of Ironhide, this is the first time the G1 version of Ratchet was domestically available in Japan at mainstream retail (discounting the original Diaclone, exclusives or mail order figures). Unlike Ironhide however Ratchet was available in 1985 as a mail away figure and had his own unique styled box with the box art depicting the cartoon version. 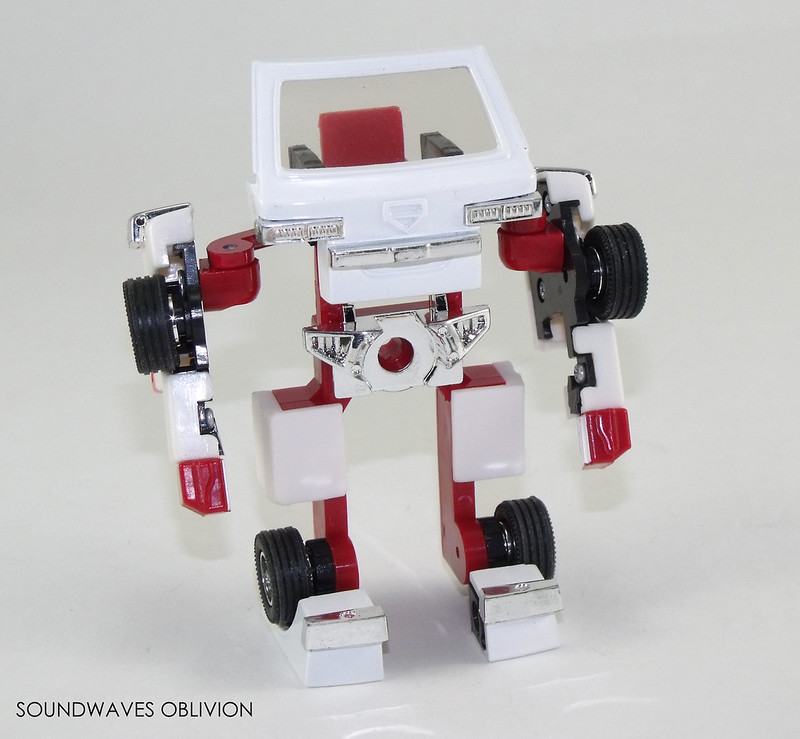 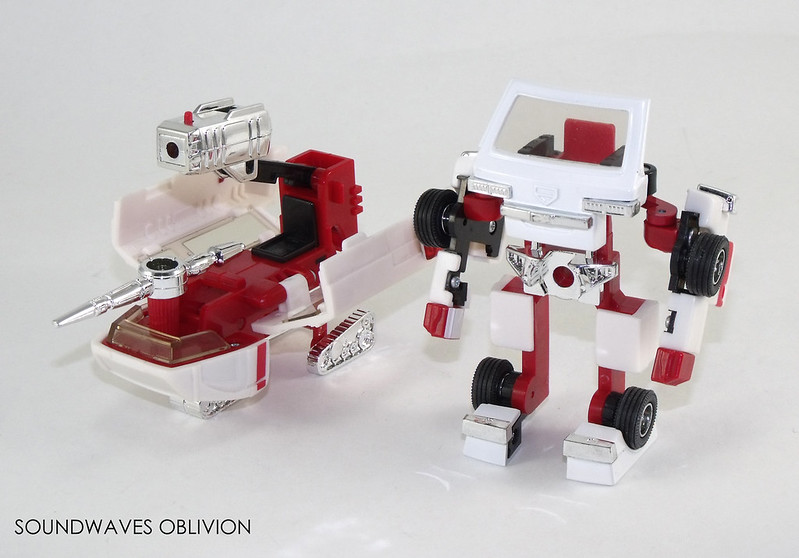 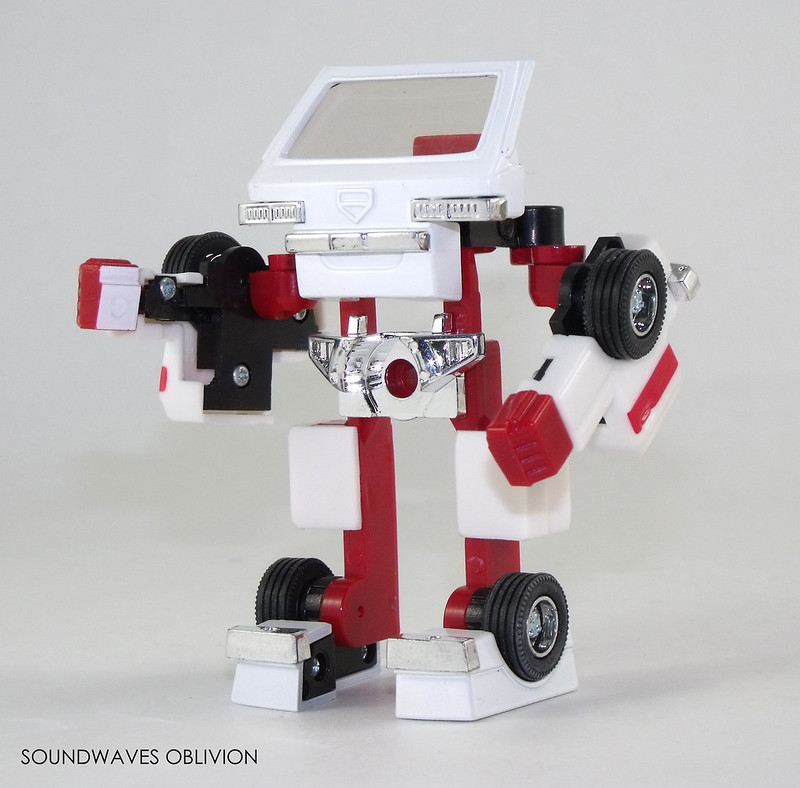 Just like the Encore version of Ironhide, Ratchets stickers have been replaced with tampographs and there is a push out section on one of the box flaps of Ratchets head based on the G1 cartoon which is a nice addition although it does not make the robot mode look much better. 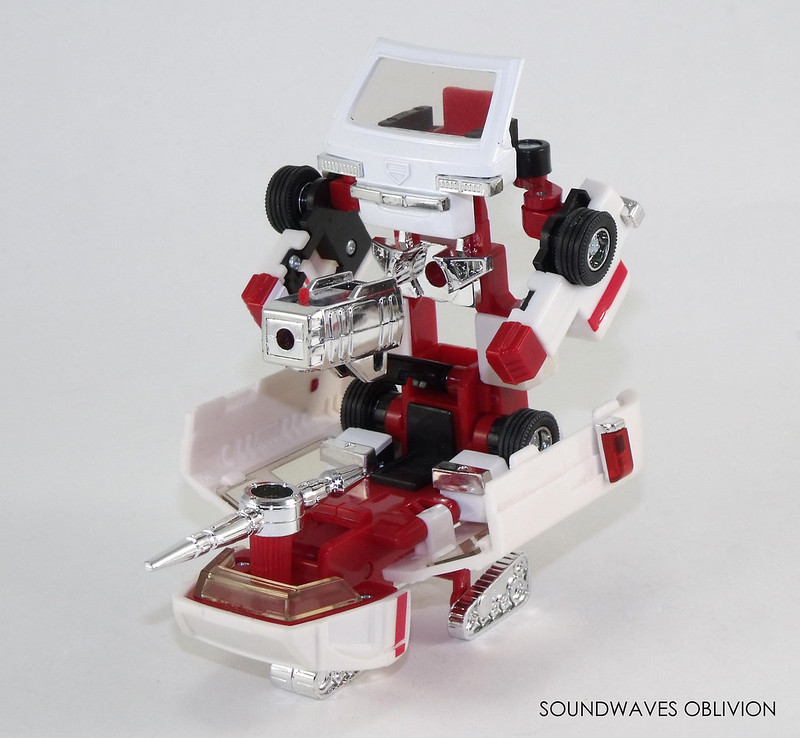 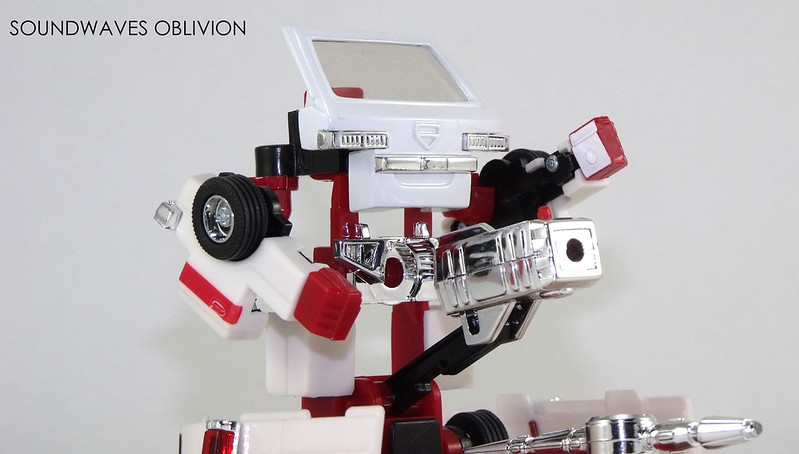 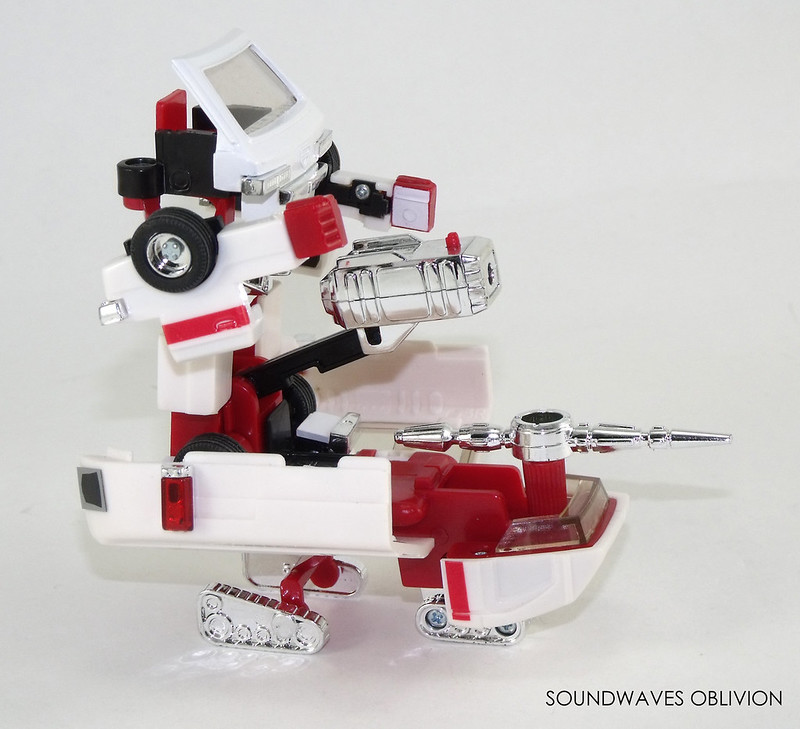 Both Ironhide and Ratchet do not appear to be the most desirable of the original figures so if you want to pick up a reissue of the figure rather than the original, I'd recommend the e-Hobby versions which does not go for as much money like many of the others. 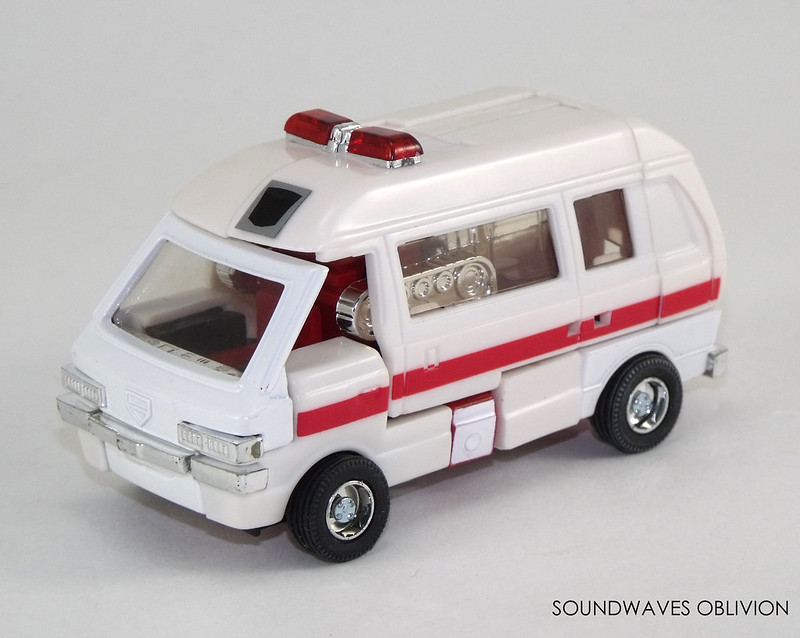 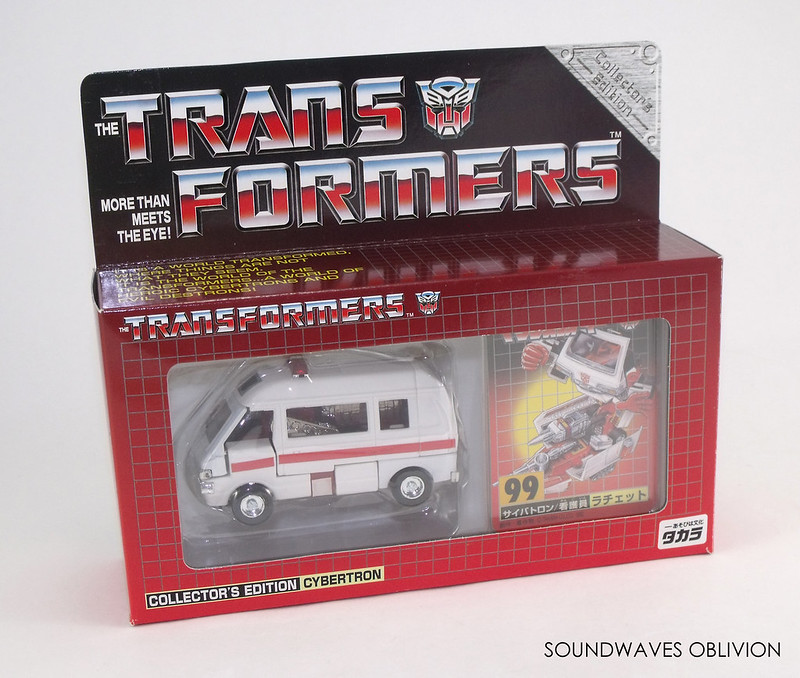 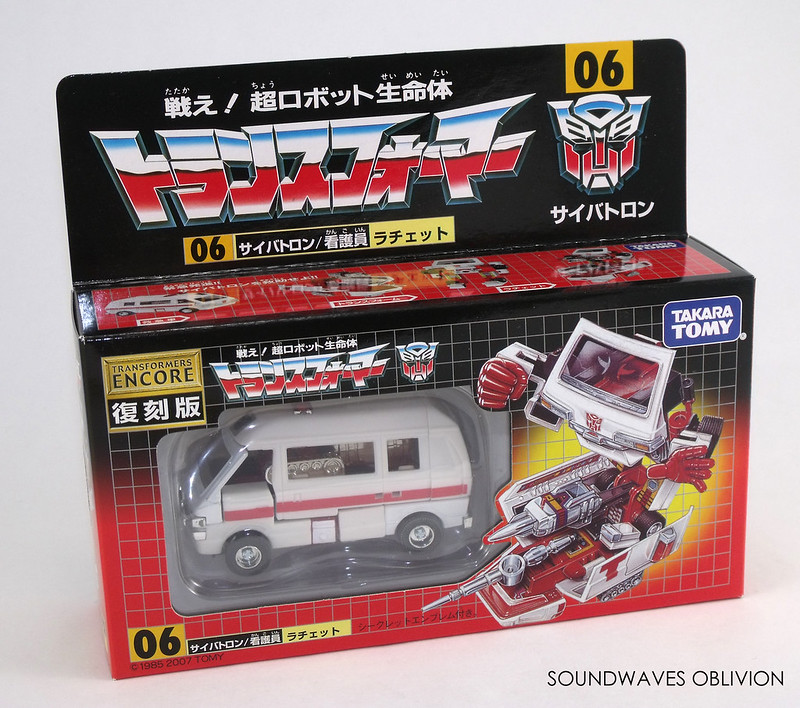 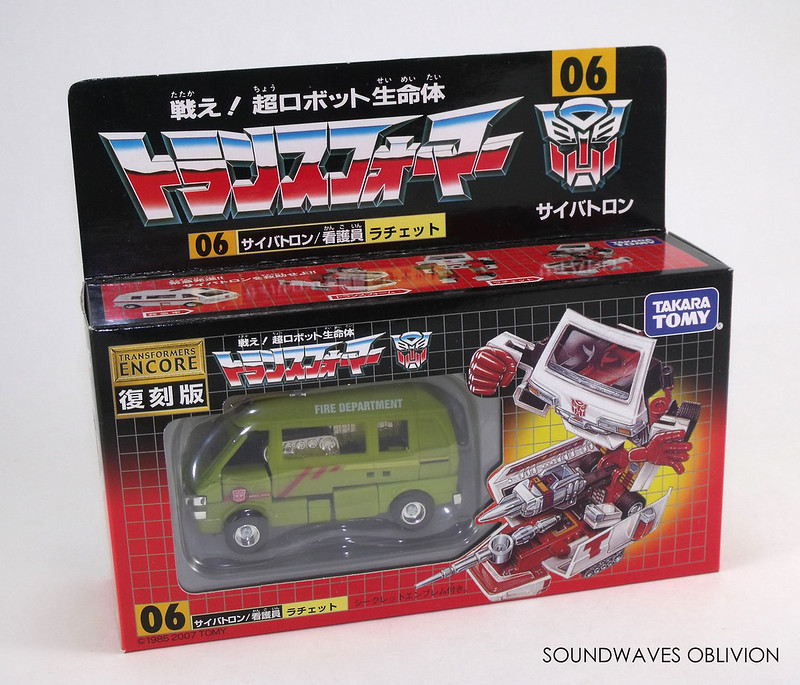