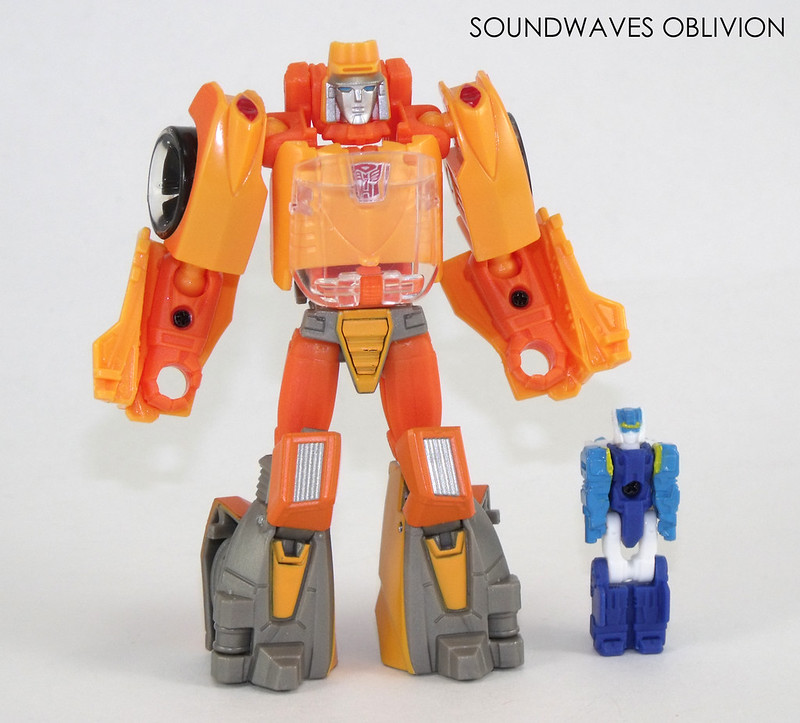 (Translated from the instruction manual)
LG-29 Wheelie
Survivalist
Profile
Wheelie likes his new friend Goshooter a lot. For him, a companion's presence is an absolute joy. Experiencing the loss of many friends and having to survive by himself, forced him to grow up quickly. His experience has taught him the importance of spending time with friends. He takes advantage of his small form and will always fight to save his friends.
STR...5; INT...6; SPD...8; END...9; RNK...5; CRG...8; FBL...7; SKL...8 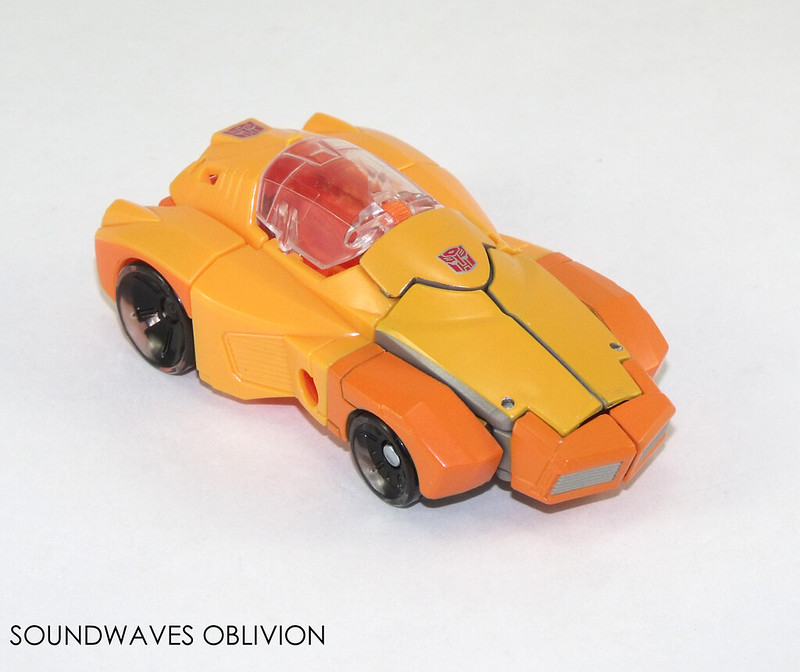 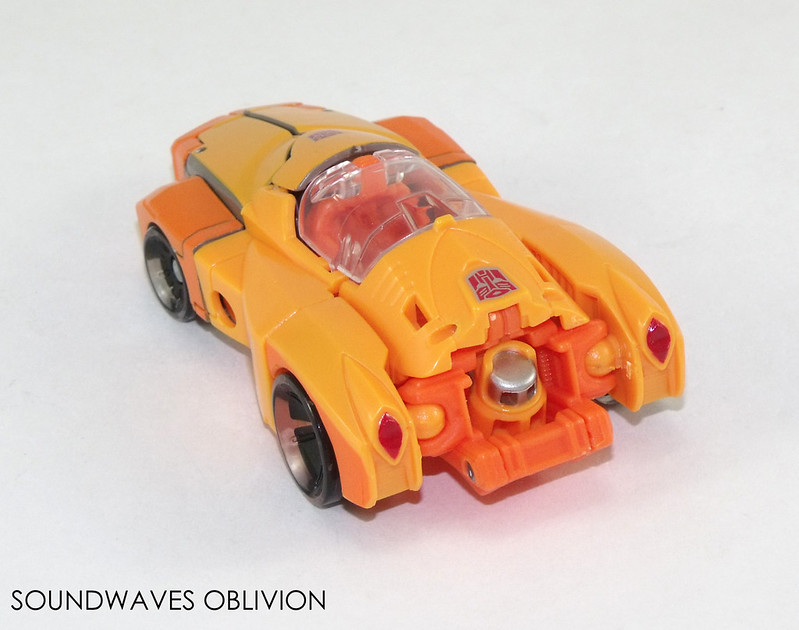 Wheelie originally appeared in the animated 1986 Transformers The Movie and was an original Minibot produced for the toy line which did not originate from Takara's Micro Change series. 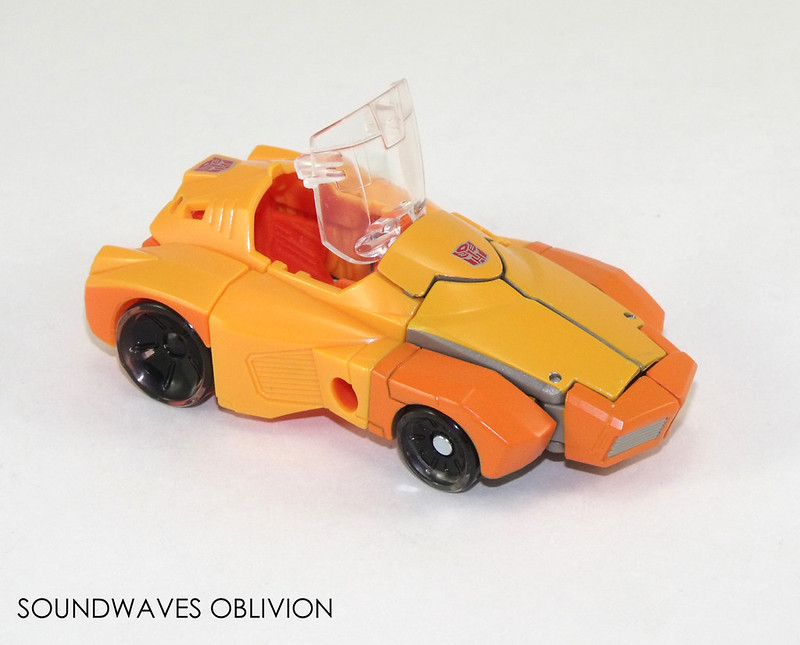 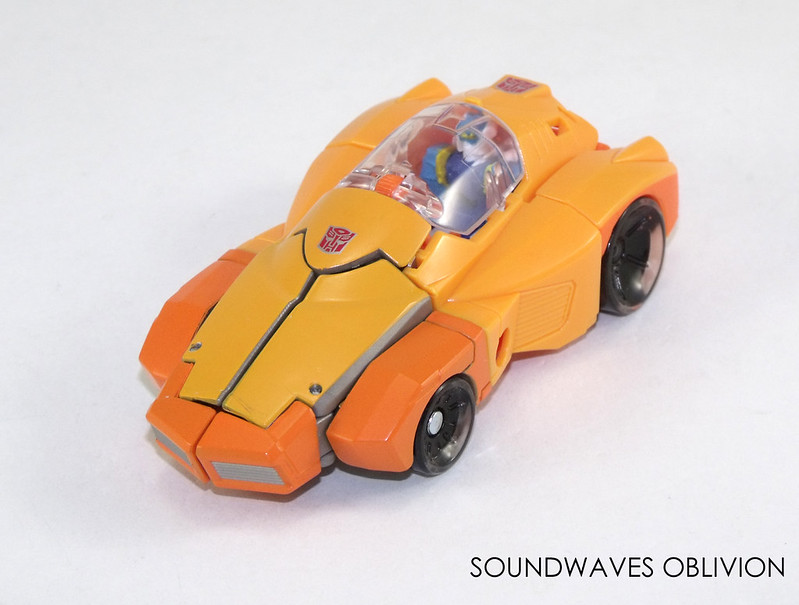 The original 1986 toys robot form looked nothing like the animation model but this was one thing the 2016 Titans Return figure improved upon. Takara Tomy went a step further and improved the colour scheme so it matched the animation. 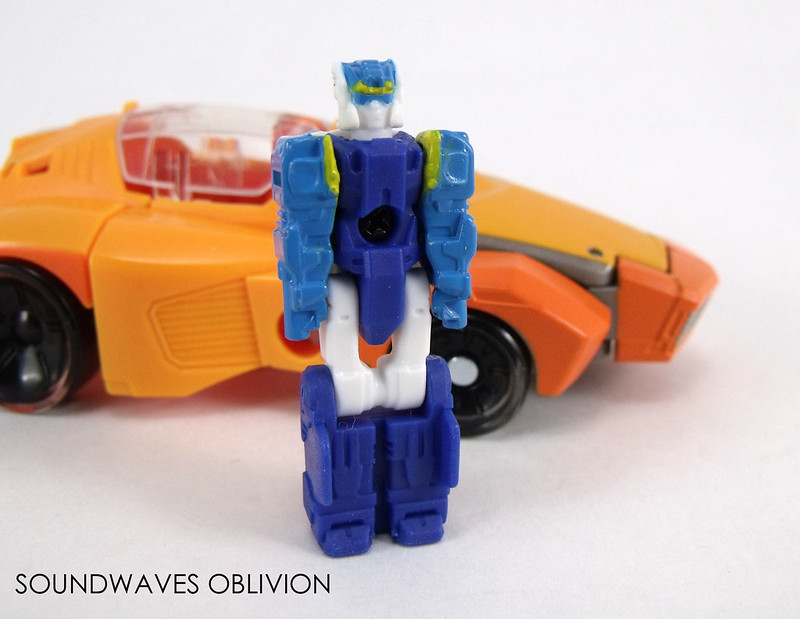 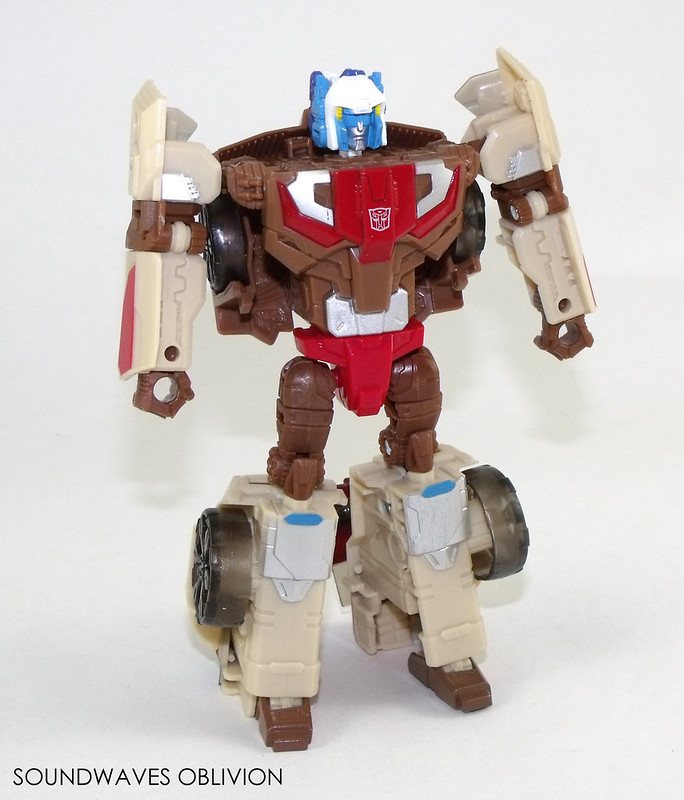 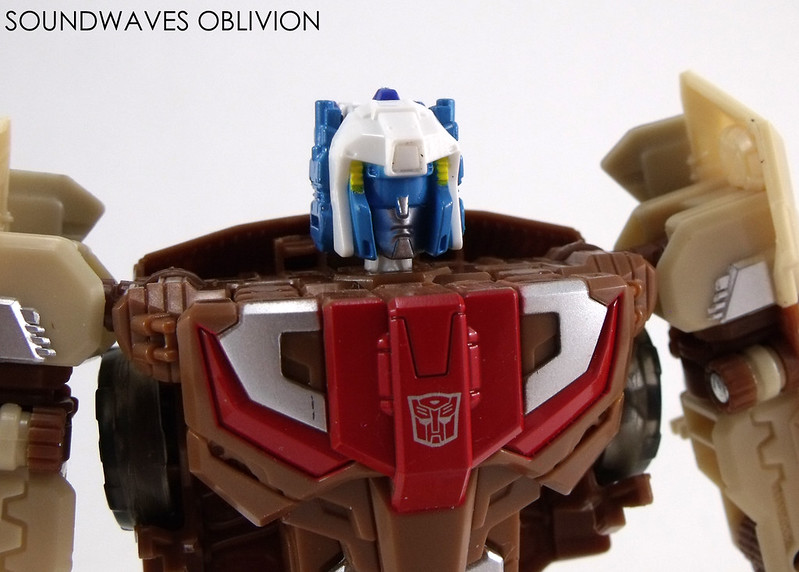 The Legends version of Wheelie also comes with an additional Headmaster, Goshooter, one of the Headmaster Juniors from the 1988 Masterforce series. This figure is a repaint of Titans Return Titan Master figure, Loudmouth. 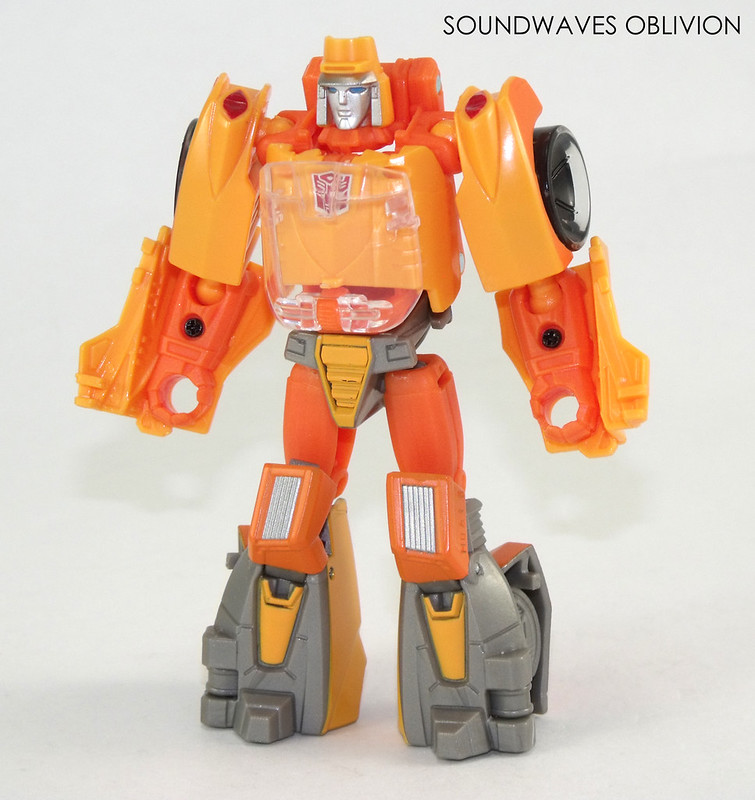 Wheelies vehicle mode has been made to accommodate a Head Master figure which is a nice feature. Hasbros version of the figure has difficulty with the vehicle mode holding together; unfortunately the Legends version does not fare any better which is a shame as this is something Takara Tomy usually fix. 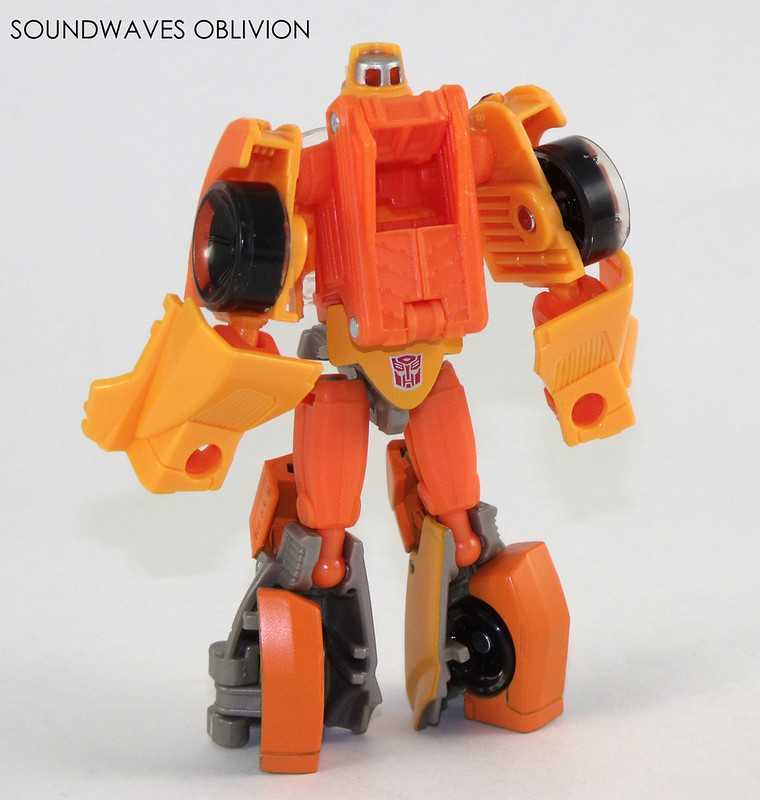 Transformation to robot mode is quite involved for a smaller figure, however the arms can pop off if you aren't careful. 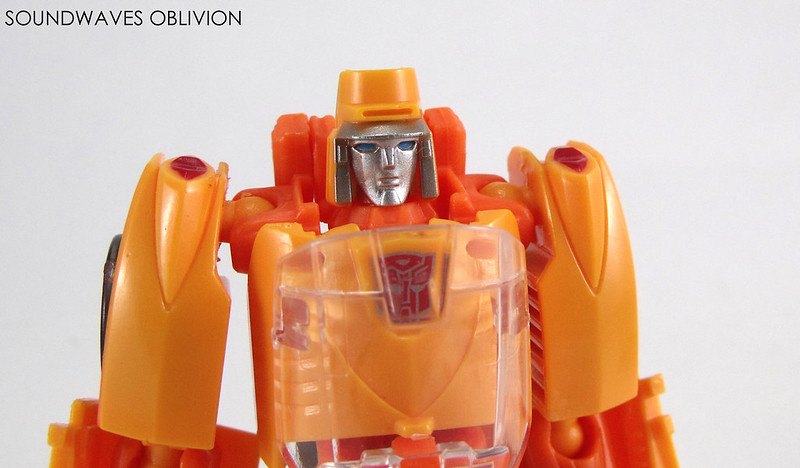 Overall the Legends version of Wheelie is the best representation of G1 Wheelie so far; the colour scheme is a vast improvement over Hasbro's and I'd certainly recommend this version. 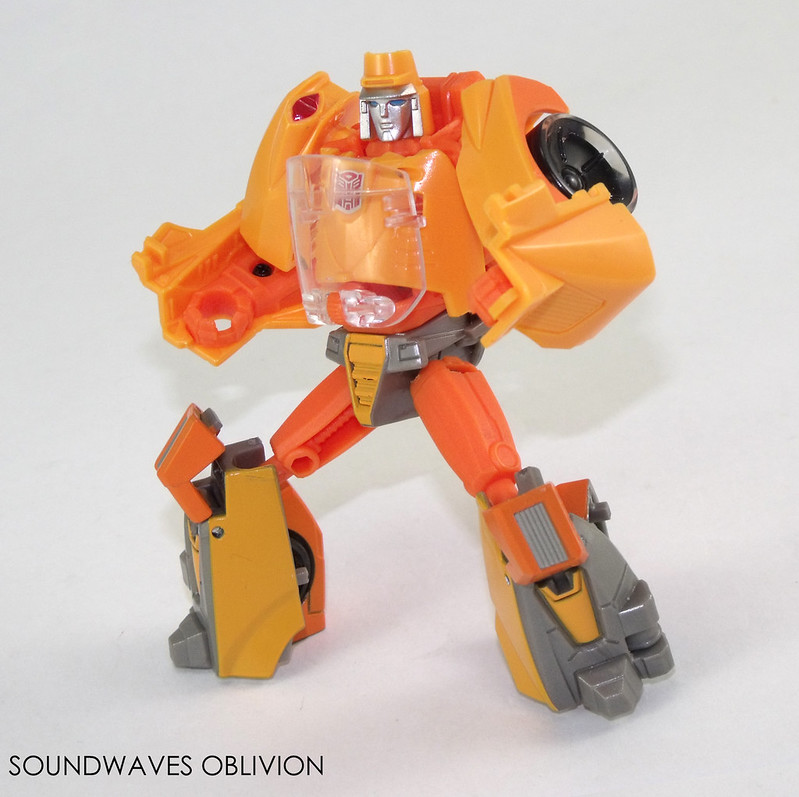 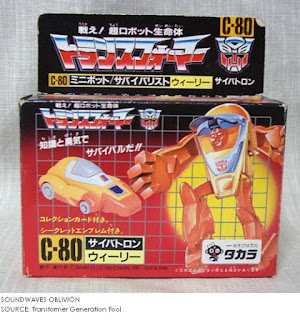 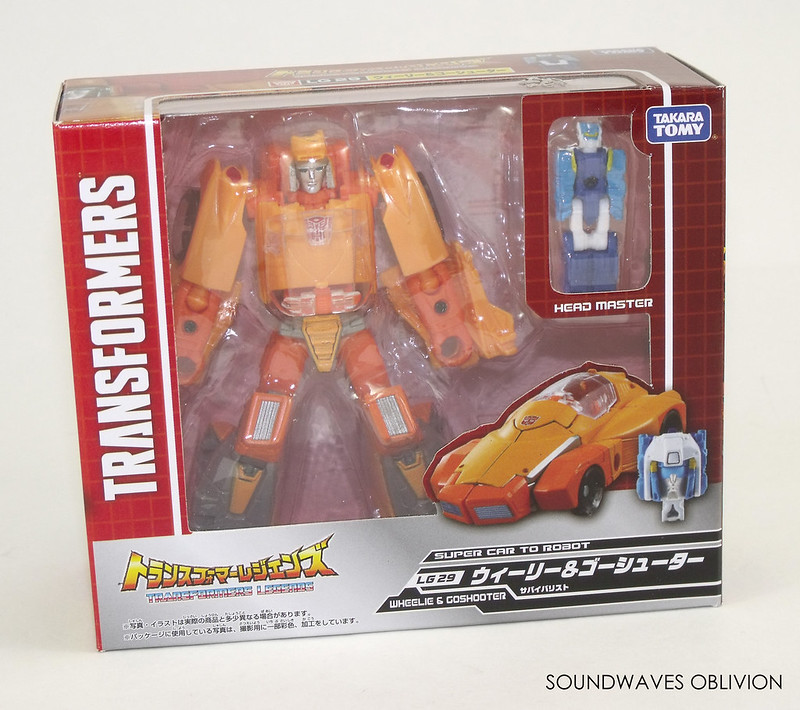