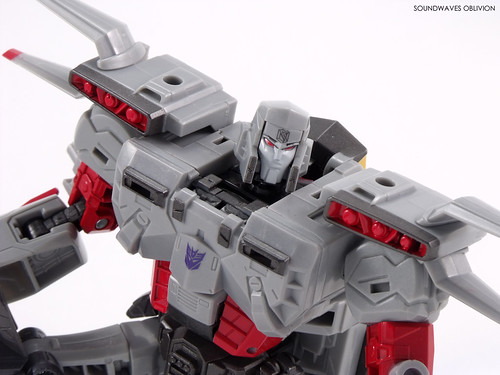 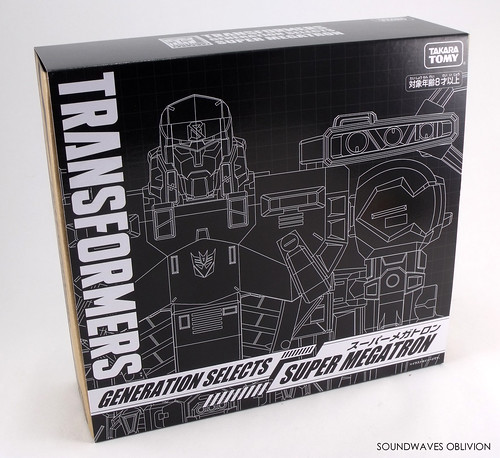 Super Megatron is one character I never thought would be released as a toy but in September 2020 he was released as a Takara Tomy Mall exclusive for 6,600 Yen. This isn't the first time we have seen a character created specifically for the comics see a release, previously we have had Straxus (aka Darkmount) in 2010, Impactor in 2019 and more recently a comic accurate Jhiaxus in 2022 (as well as many more). 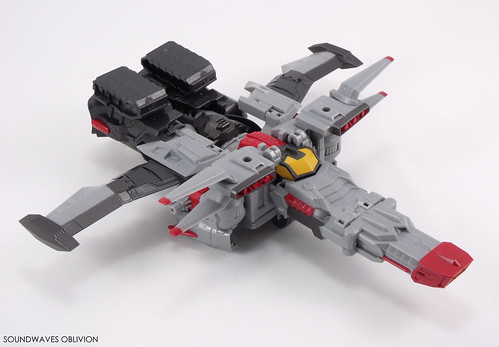 Super Megatron, designed by Ban Magami, first appeared in TV Magazine's Battlestars comic which was based on the Return of Convoy toyline at the time. In Episode 25 of Fight! Super Robot Lifeform Transformers Headmasters entitled "The Emperor of Destruction Vanishes on an Iceberg", the Cybertron Headmasters trap Galvatron under an iceberg which is the last we see of Galvatron in the series. 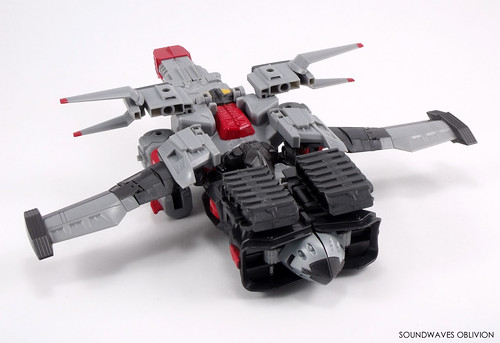 Super Megatron is a heavy retool of the Titans Return / Legends LG-23 Galvatron and definitely improves on the mould. The Titan Master gimmick and limited articulation hindered Galvatron but the new Super Megatron mould makes it work. 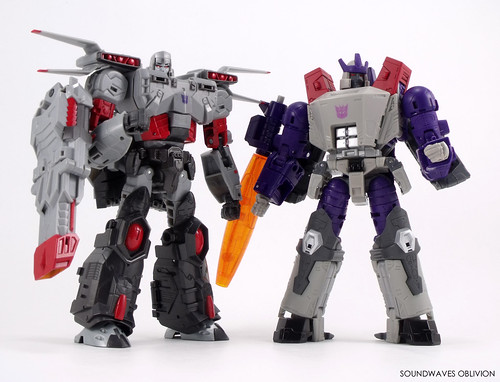 Straight out of the box Megatron is in his star ship mode which is the alternate form of Super Megatron and looks nothing like Galvatron's star ship mode. The only issue with my copy are the tank treads don't sit flush on the rear of the jet. This alternate mode is close to the original comic design. Transformation into robot mode is relatively easy and again Megatron looks close to the original comic. In robot mode you can see the leftover Galvatron parts such as the arms, waits and legs, everything else was newly tooled. 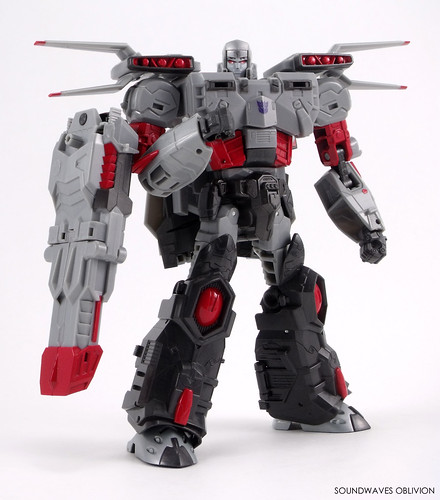 It is far easier to pose Megatron, mainly due to the fact the arm cannon is mounted on the side of the arm and not the front like Galvatron's. 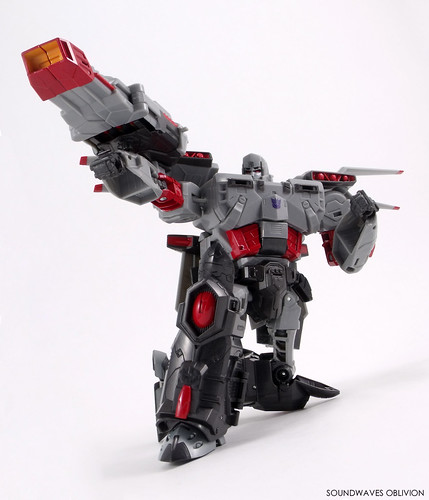 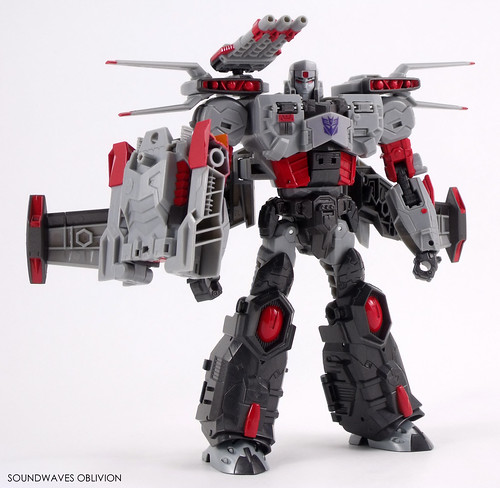 With a few alterations in robot mode, Super Megatron can turn into Ultra Megatron. This includes rotating the head crest around which is a very fiddly thing to do, especially as the face wants to rotate around as well. Again the robot mode captures the look of the comic however Ultra Megatron's tank mode does not. The tank mode is probably the weakest mode with it not really looking like any kind of tank. 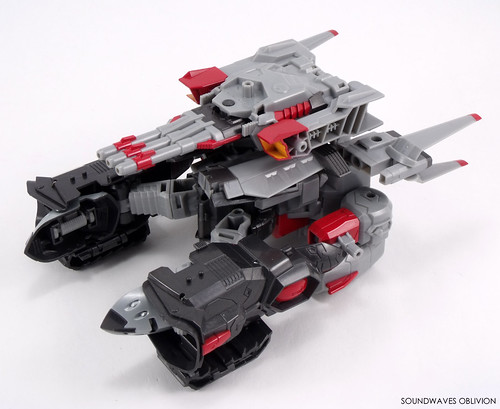 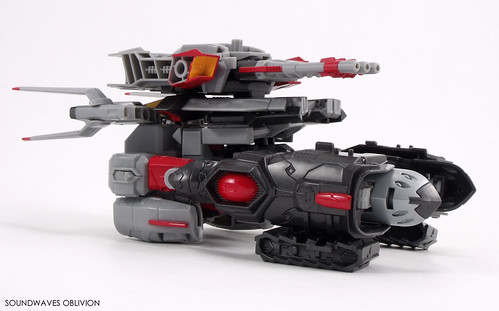 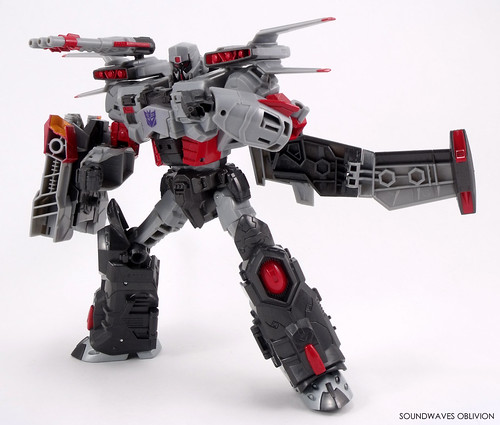 To transform Ultra Megatron into Ultra Megatron Omega, all you need to do is rotate the face around in robot mode. This mode is not from the Battlestars comic but is unique with this release. The new face sculpt appears to be based on Megatron's battle mask from the 2017 film "The Last Knight". 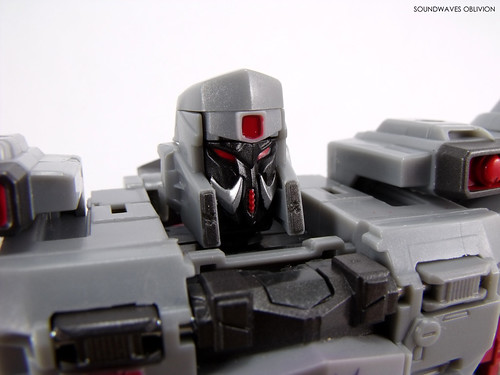 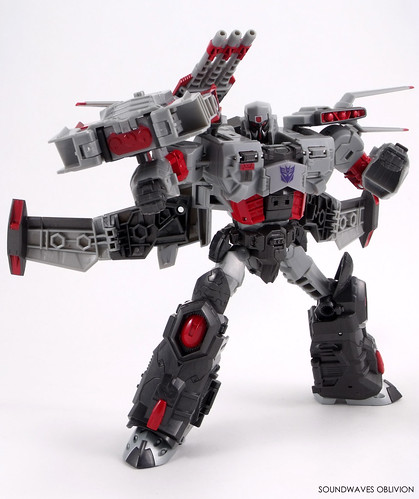