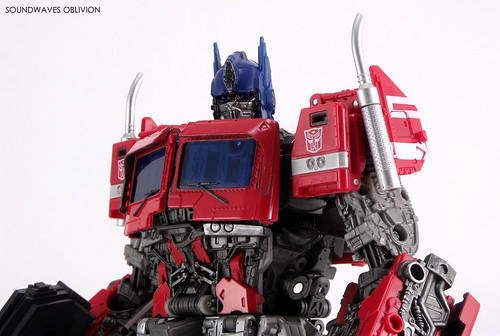 The best thing about the fourth Transformers film, Age of Extinction was the welcome return of the cab-over-engine (COE) truck mode for Optimus Prime. It wasn't long in the film until the return of the long nosed truck mode but it showed the G1 styled vehicle could work as an alternate mode for Optimus Prime on the big screen. Four years later the COE styled truck returned once again in the 2018 Bumblebee movie. 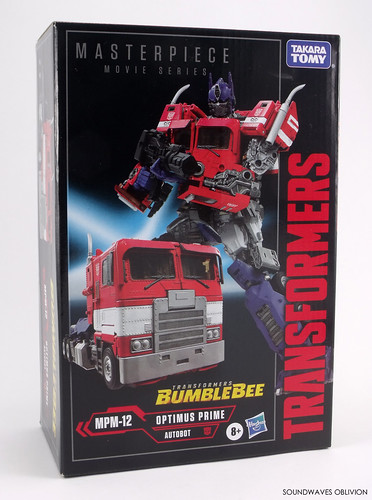 A photograph of the top portion of the MPM-12 box had leaked early February 2021 on a Chinese message board. MPM-12 was officially unveiled on February 25th 2021 on a live stream from the Chinese Transformers TMall website. I was initially underwhelmed by the announcement as I was hoping for a a 2007 Movie character. The Bumblebee Movie version of Optimus Prime (designed by Yuya Onishi) had recently been released as a voyager figure in the Studio Series line in August 2019 and was a fantastic figure. The only negative about this figure was Hasbro's distribution; I ended up having to get Takara's Convoy & Optimus Prime set to get one. 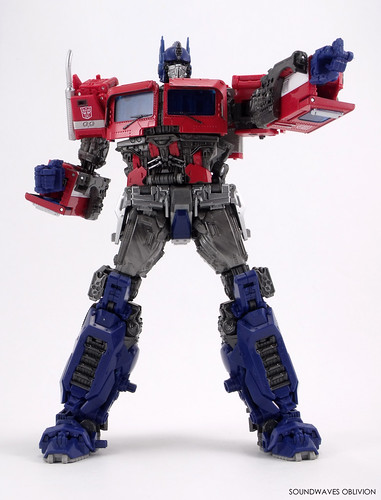 The MPM-12 version (designed by Takashi Kunihiro) did look fantastic in robot mode however the vehicle mode was less impressive with the "cat ears" at the rear of the cab. It is something they could have designed out but they may have wanted to keep the parts count down. 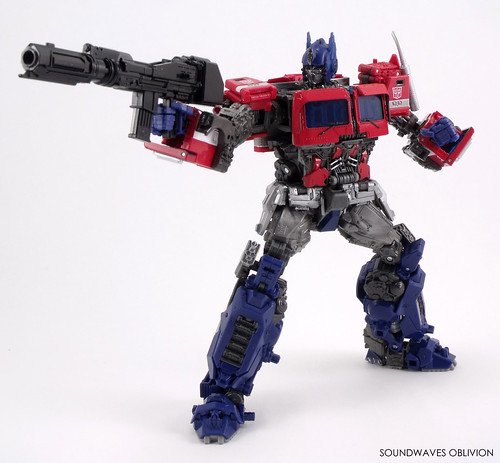 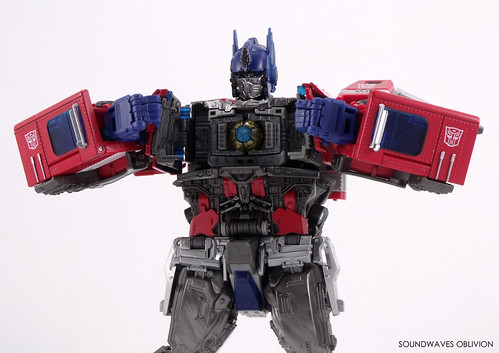 MPM-12 was released August 2021 and unusually almost a year later in Japan. Optimus Prime comes packaged in robot mode and is incredibly detailed with fantastic paint was effects on the silver parts to give a more solid look to the figure. Articulation is okay but limited as the head is not very posable and the arms joints are incredibly stiff on my copy. Despite not making an appearance in the movie, a nice touch is that the Matrix of Leadership is also included and it is not another release of the MP-10 Convoy Matrix. As is standard with most Optimus figures, the chest doors open and the Matrix fits inside. A great design feature of the front cab windows is they are tilted inwards rather than using a faux chest piece which recent Optimus Primes have been utilising. The robot mode gun is huge but is easily held in place in the robot fist. 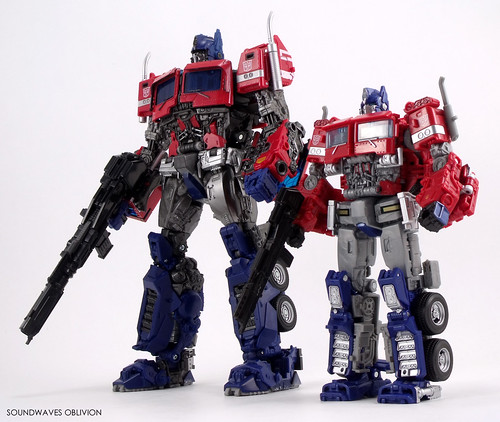 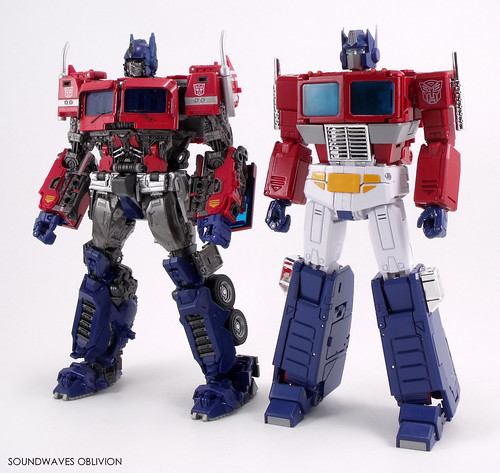 Transformation is relatively simple and everything holds together well in vehicle mode especially when compared with MPM-4 Optimus Prime. Optimus Prime transforms into a 1987 Freightliner FLA 96 cabover and is very similar to the White Freightliner the G1 version is based upon. As mentioned above, the two "cat ears" that stick up on the roof do stand out and ruin the appearance of the truck mode. The large gun folds up and stores on the back of the truck mode. The top of the smokestacks remain bent in vehicle mode whereas in the film they are straight. 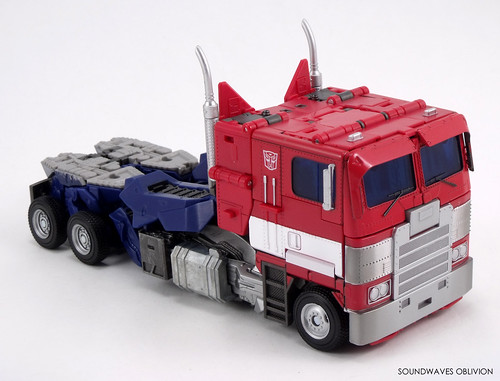 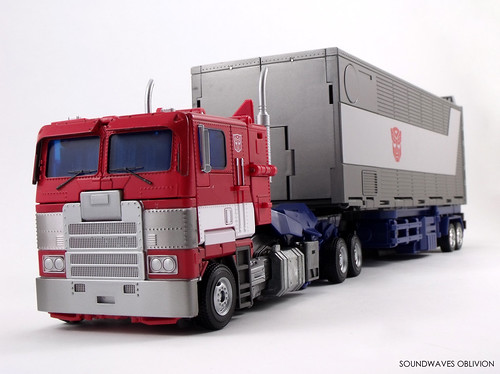 Much like MPM-4 which could tow MP-10's trailer, MPM-12 can attach to the recent MP-44 Convoy's trailer which is another nice touch. Overall MPM-12 is a great figure, the robot mode is very detailed and it has a good transformation and it does easily surpass the Studio Series version. It is a shame about those "cat ears" in vehicle mode and I'm sure they could have easily rectified this as a few third party figures have managed. 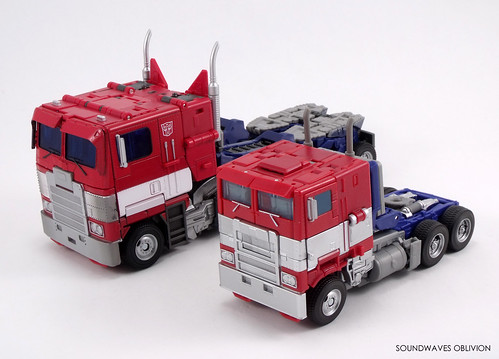